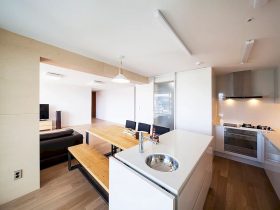 Apartamento Av. Paulista is a minimalist apartment designed by the architecture firm Felipe Hess Arquitetura. Located on the thirteenth floor of a fifteen-story building on São Paulo’s central Avenida Paulista, it has a generous 450 m². 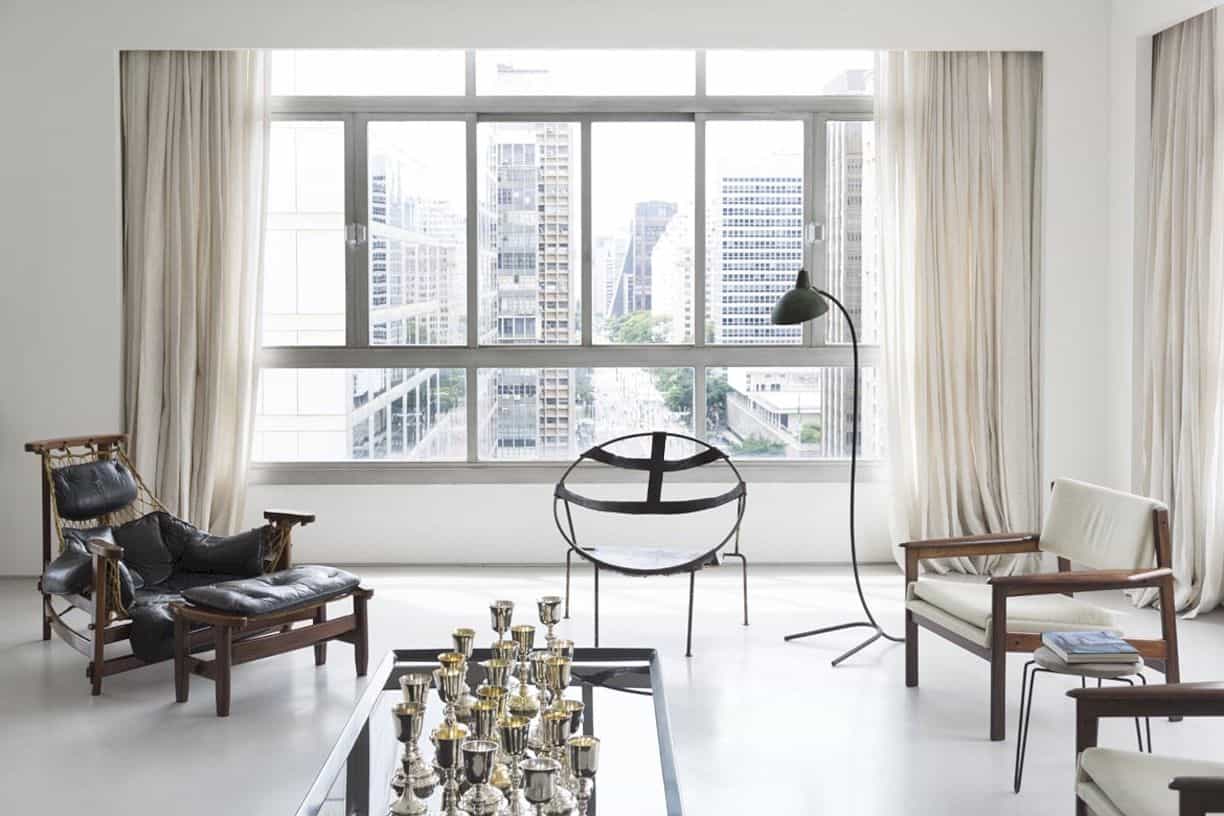 Its owner is a young man with a passion for art and design with a solid collection that highlights some of the most iconic Brazilian creators in both fields. But just as the furniture is focused on pieces by the masters of the Modern 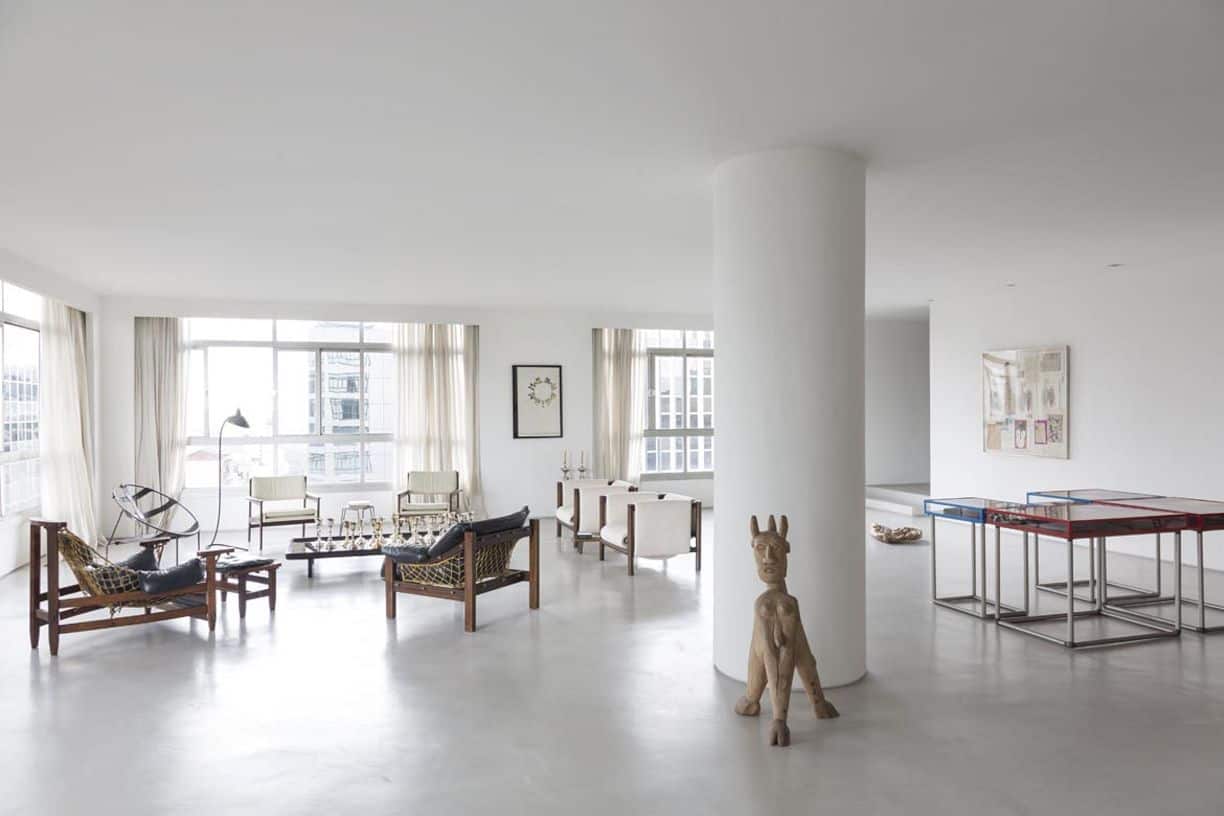 In the reconversion, Hess devised a blank canvas for all of them in which a single room, like a loft, brings together the living room, dining room, living room, and kitchen, and a single independent bedroom, which replaces the four that were there previously. 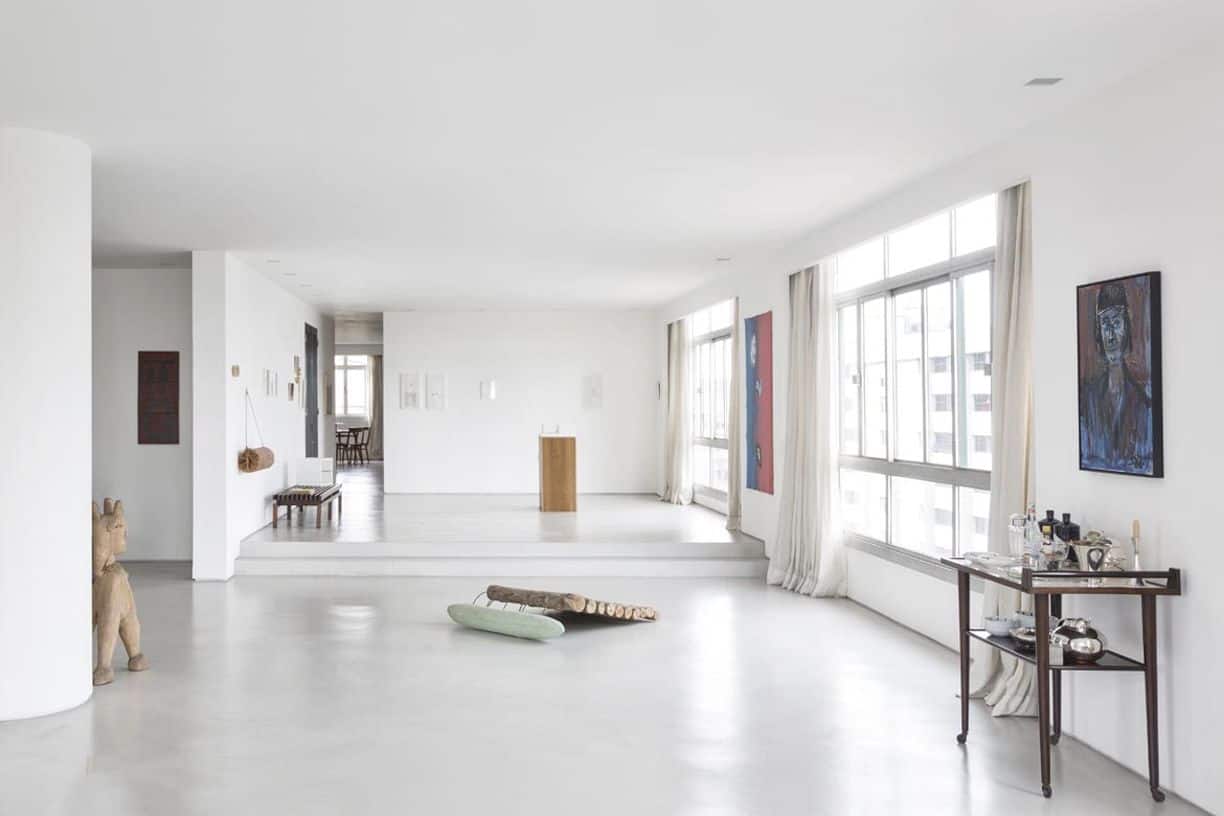 The creative process of creating a design by this company is characterized by the connection between materiality and space, which are explored through sketches, prototypes, mock-ups, 3D images, and detailed design. 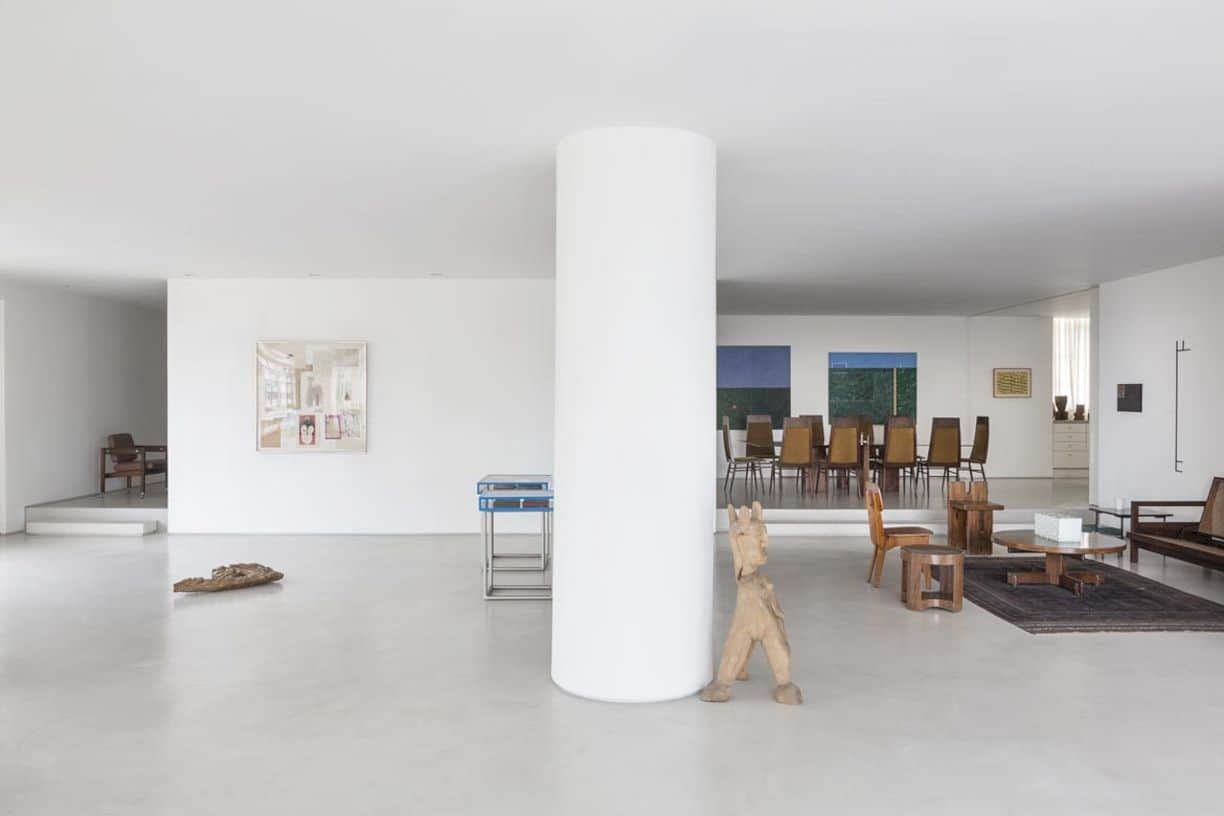 As a result of such work, sophisticated performance is guaranteed. In this apartment, the client’s art collection and furniture stand out perfectly, and the architecture serves as the perfect backdrop for all the elements of the interior that can be constantly changing. 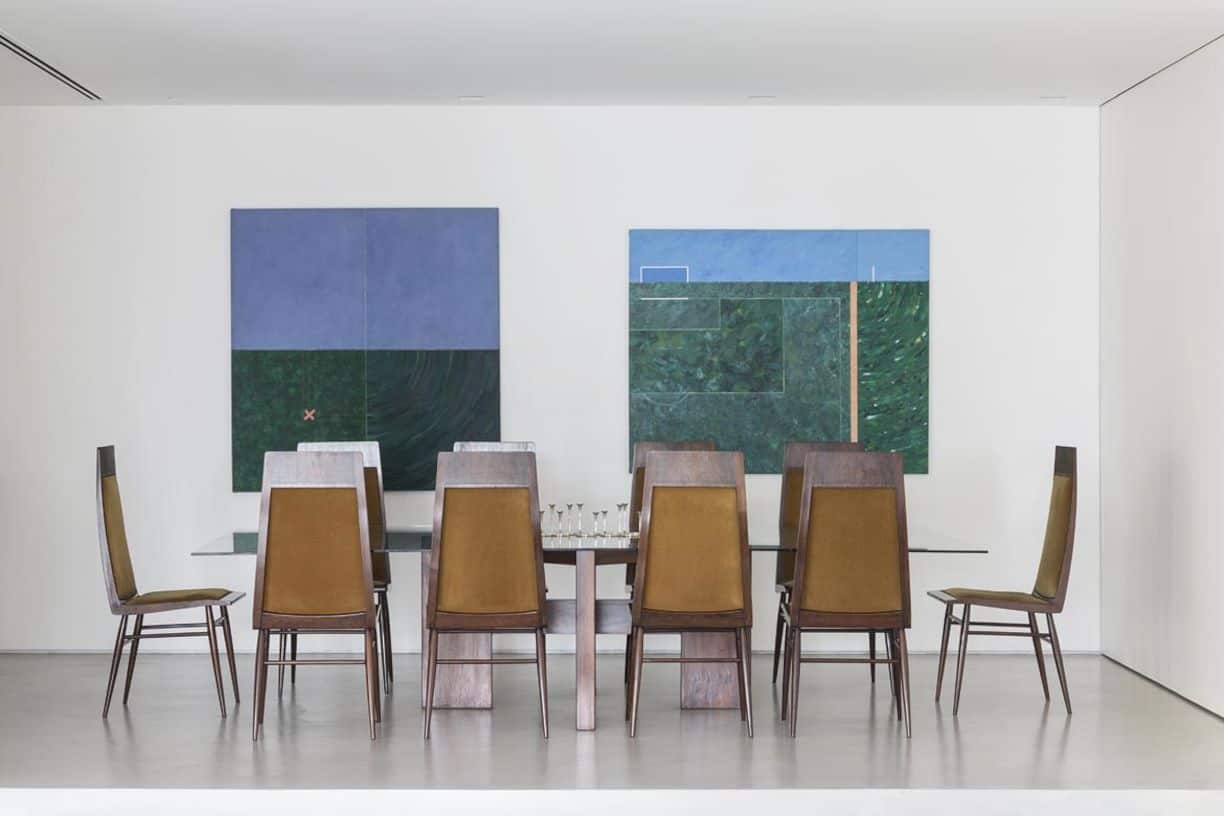 In order to achieve a stronger interconnection of spaces, the original four bedrooms, and separate rooms have been completely redesigned and reopened. To connect the room, the designers chose a monolithic floor, which is the same throughout the apartment, which ensures its integrity. 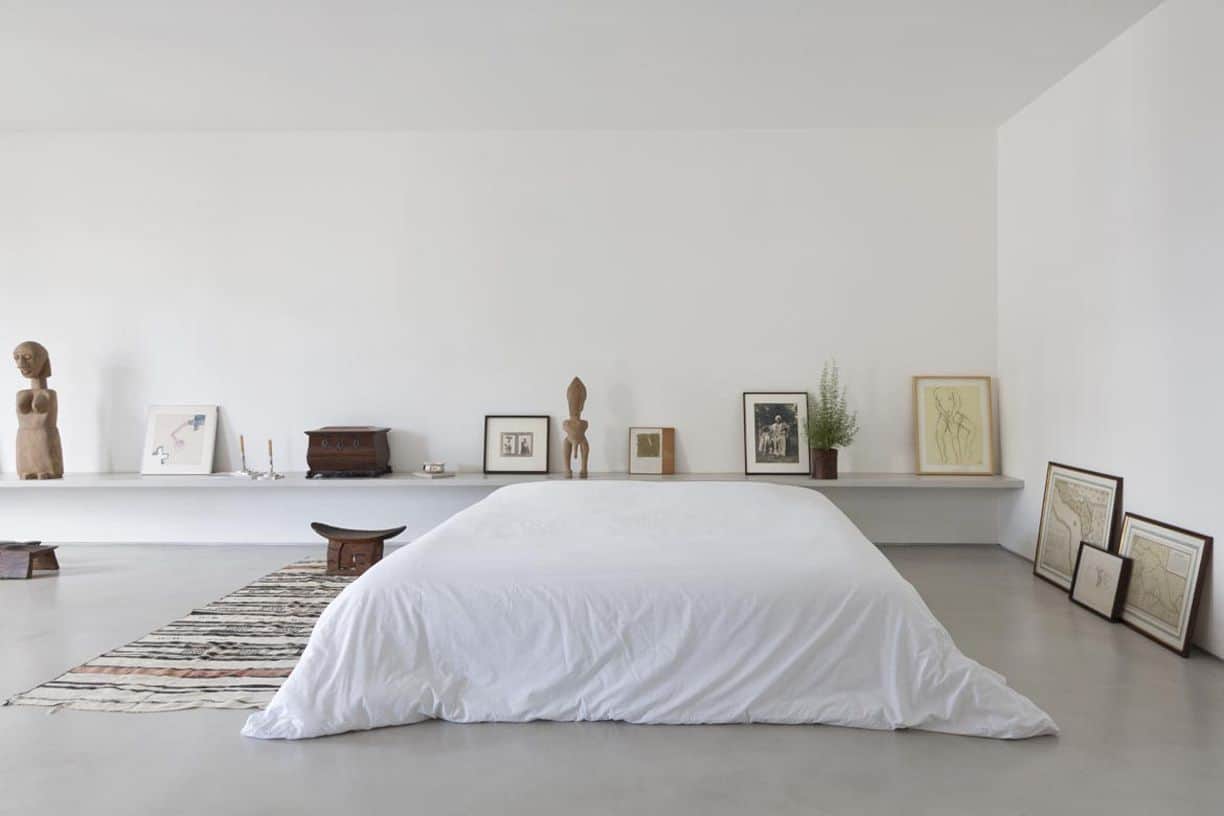 Despite the open layout, the areas were defined through subtle architectural elements, such as steps or small partitions, and except for the furniture, which also limits uses, nothing interrupts their sense of spaciousness. 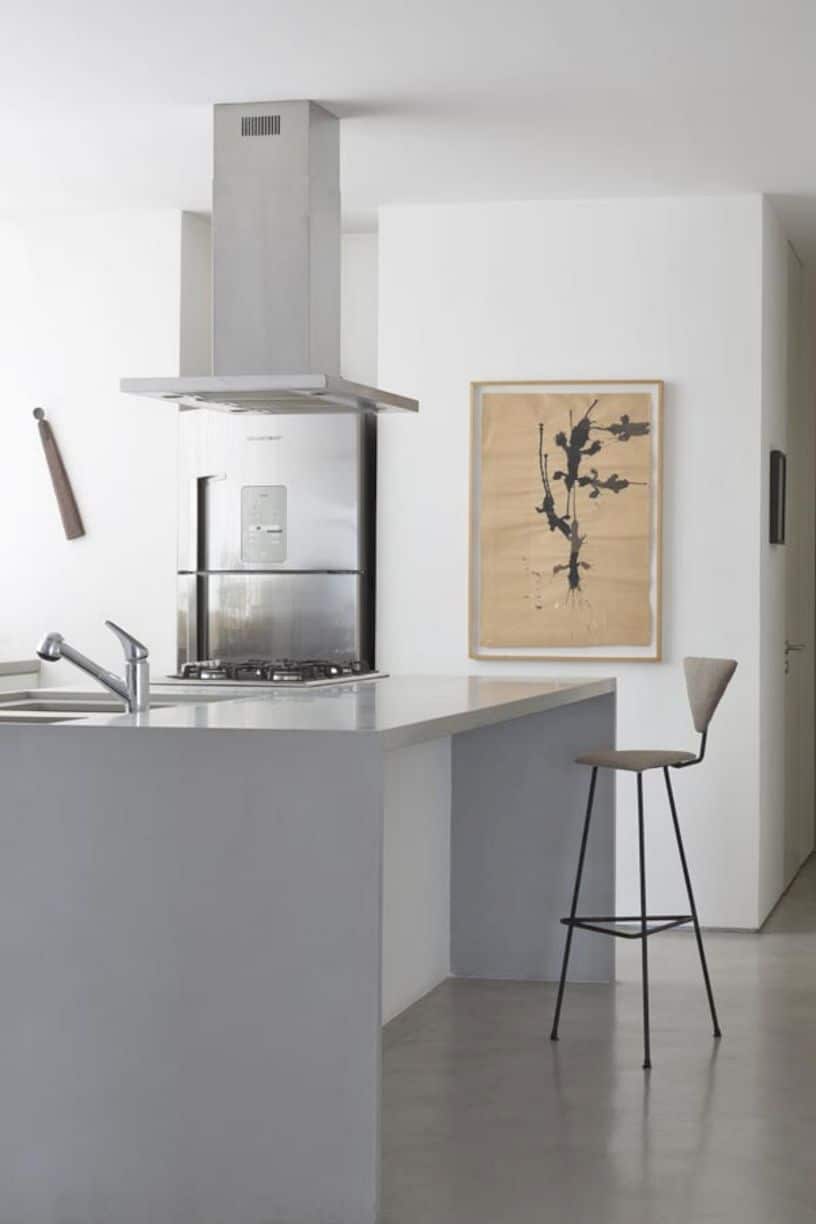 As for the materials, cement reigns, which covers all the floors, and is combined with limestone and marble, used in the bathroom, and with simple white lighting that blends with the light from the original windows of the living room.