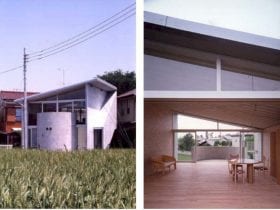 I HOUSE by Shigeru Ban Architects: A Square Building with A Folded Plate Roof

Fran Silvestre Arquitectos proposes a new concept of curve perfection with the Balint House project. The execution of the 772 m² constructed are is also one with the natural environment in mind. 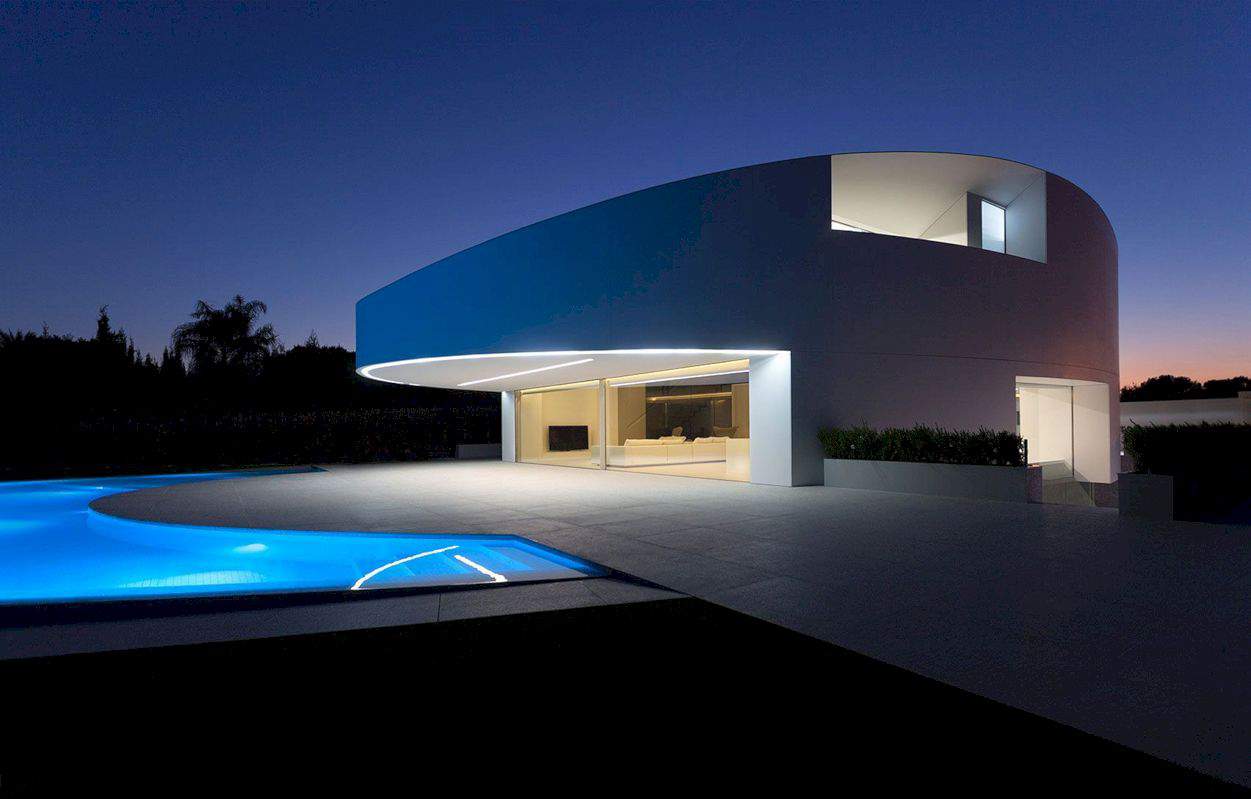 From the sensual ellipsis of the façade to the indisputable prominence of light, the Balint House by Fran Silvestre Arquitectos coexists with the landscape without grandiloquent gestures or excesses, but with the elegance of those who respect the landscape. 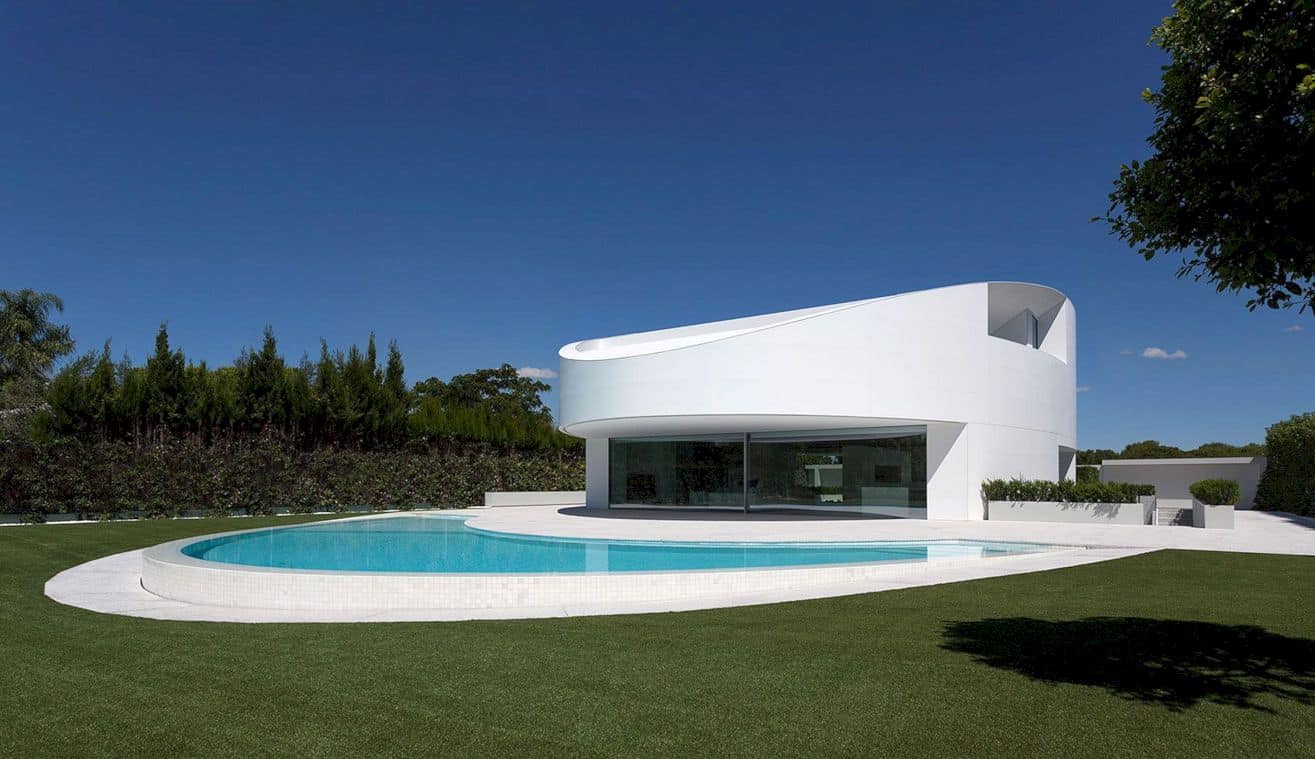 Balint House is located at the end of a 1,200 square meter plot located in the Valencian municipality of Bétera. As the architects say, the project is conceived as a minimal intervention that yields most of the land to the garden and the crescent-shaped pool. 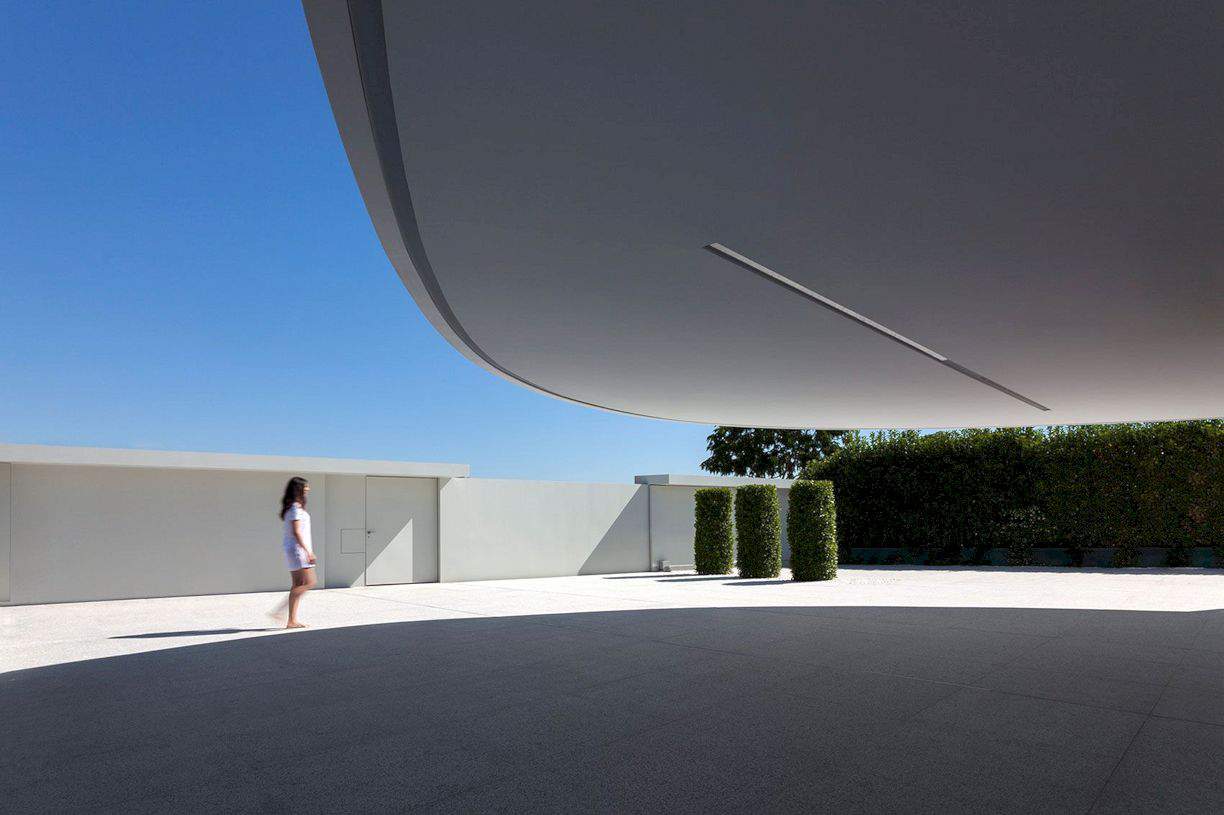 The house is articulated from an elliptical concrete structure that rises from the ground thanks to four pillars. The clean lines and emphasis on geometry evoke the organic nature of the local topography and aspire to blend into the surrounding landscape. 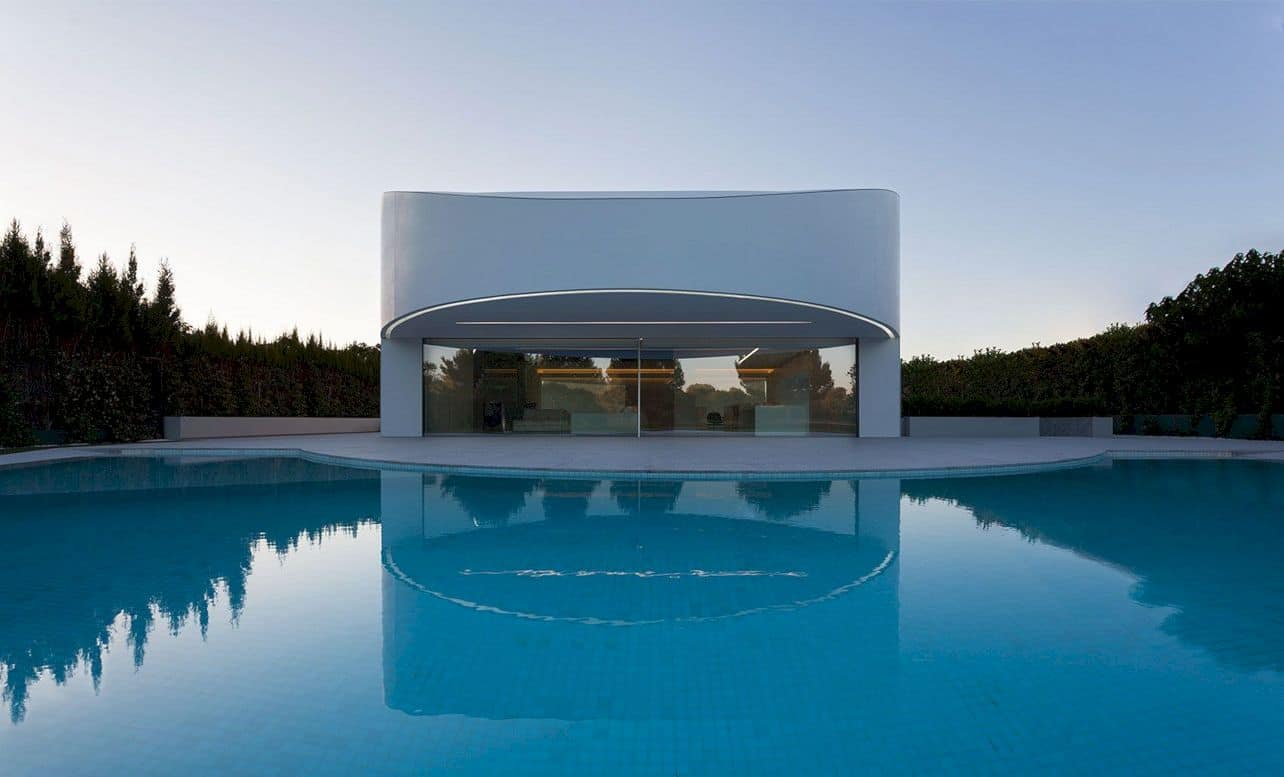 A continuous facade runs through the volume of the building, adapting to its geometry and hiding the concrete of the structure. 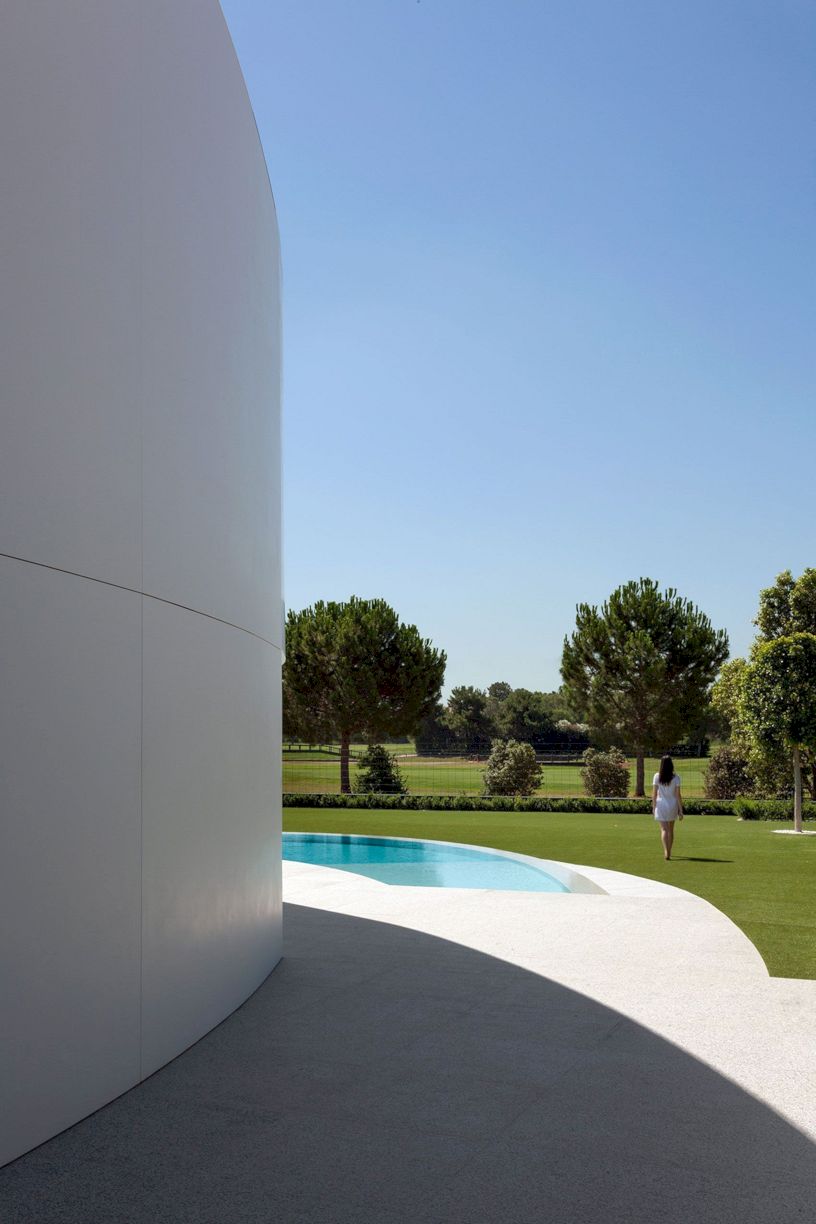 A white solid surface cladding surrounds the entire perimeter of the façade, giving the house an immaculate appearance in which light takes on a special role. 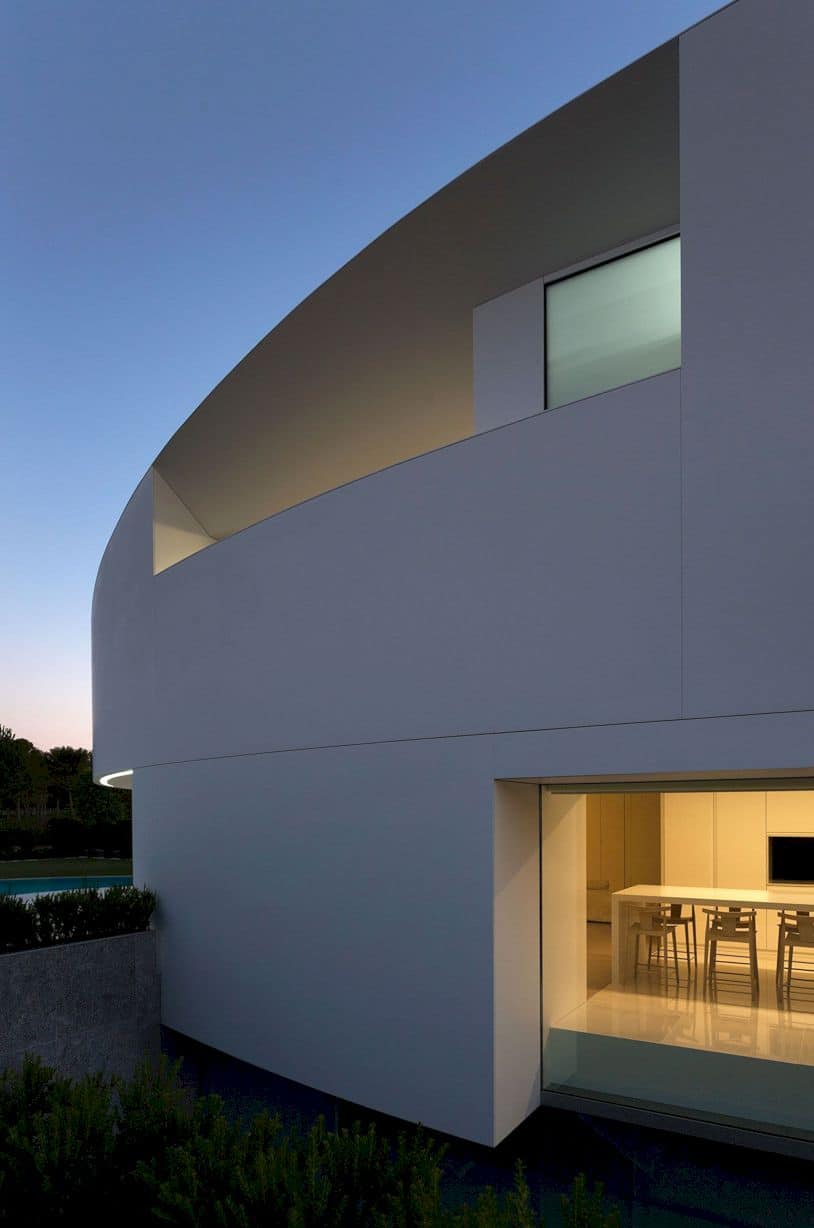 A descending roof arch closes the façade and extends beyond the ground floor to accommodate a small porch. Once inside, a large central room occupies most of the ground floor. 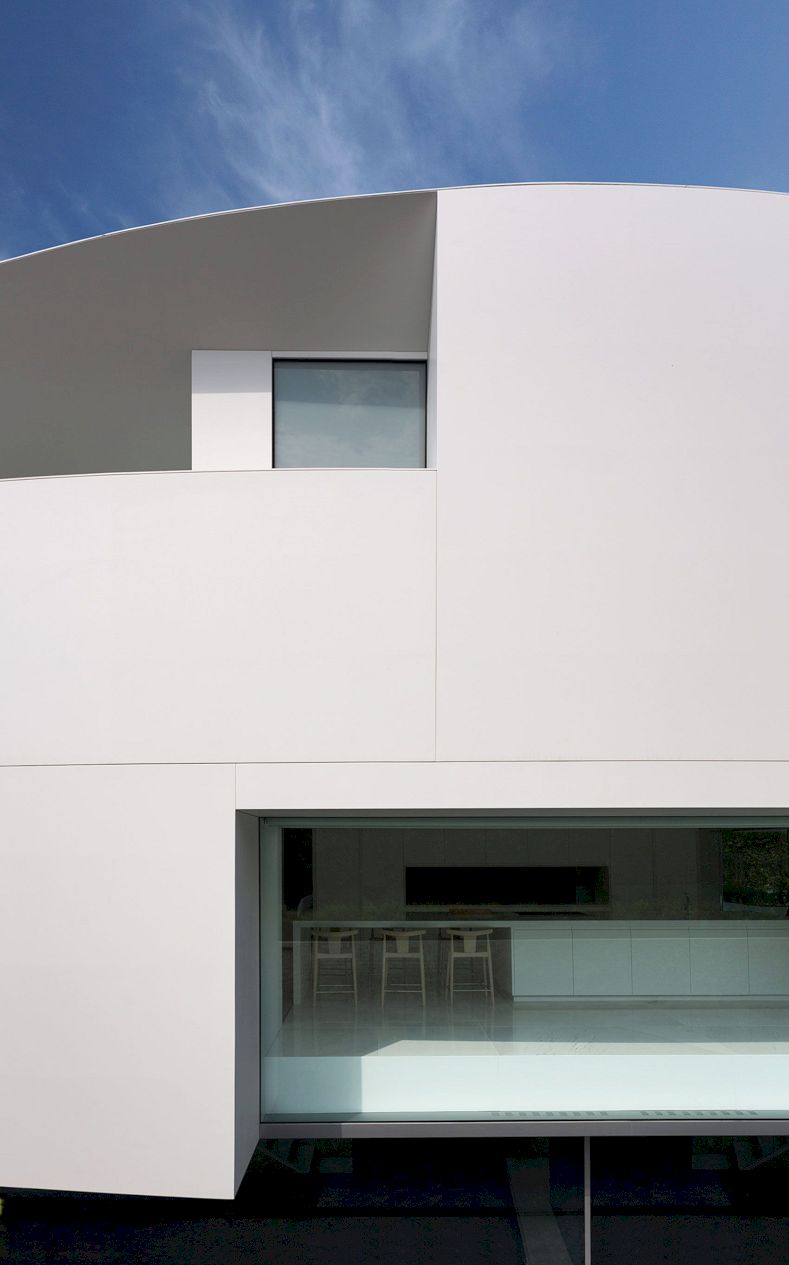 The living room, kitchen, toilets, and dining room are located there, which are distributed orthogonally in a semi-open configuration. 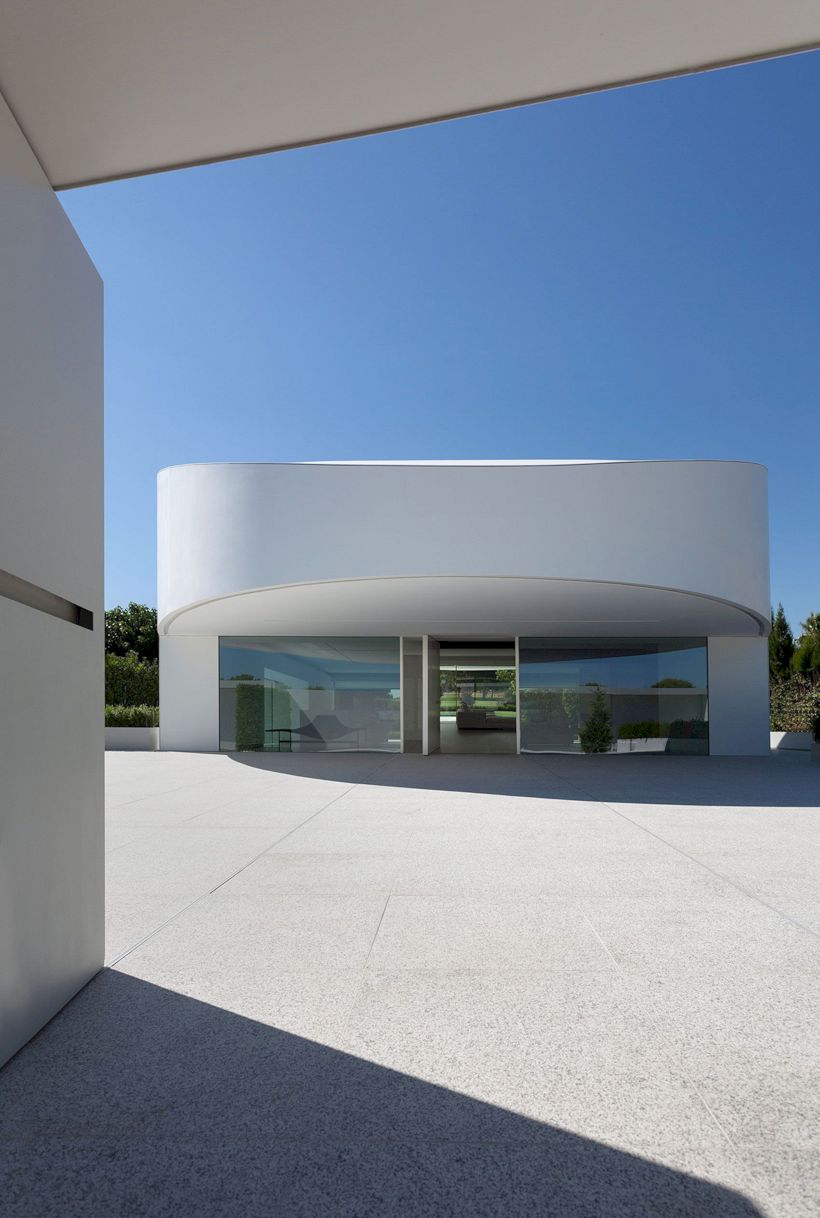 The space is completed with a first level for the bedrooms and a basement where the facilities, the garage, a wine cellar and a small patio are located, among others. 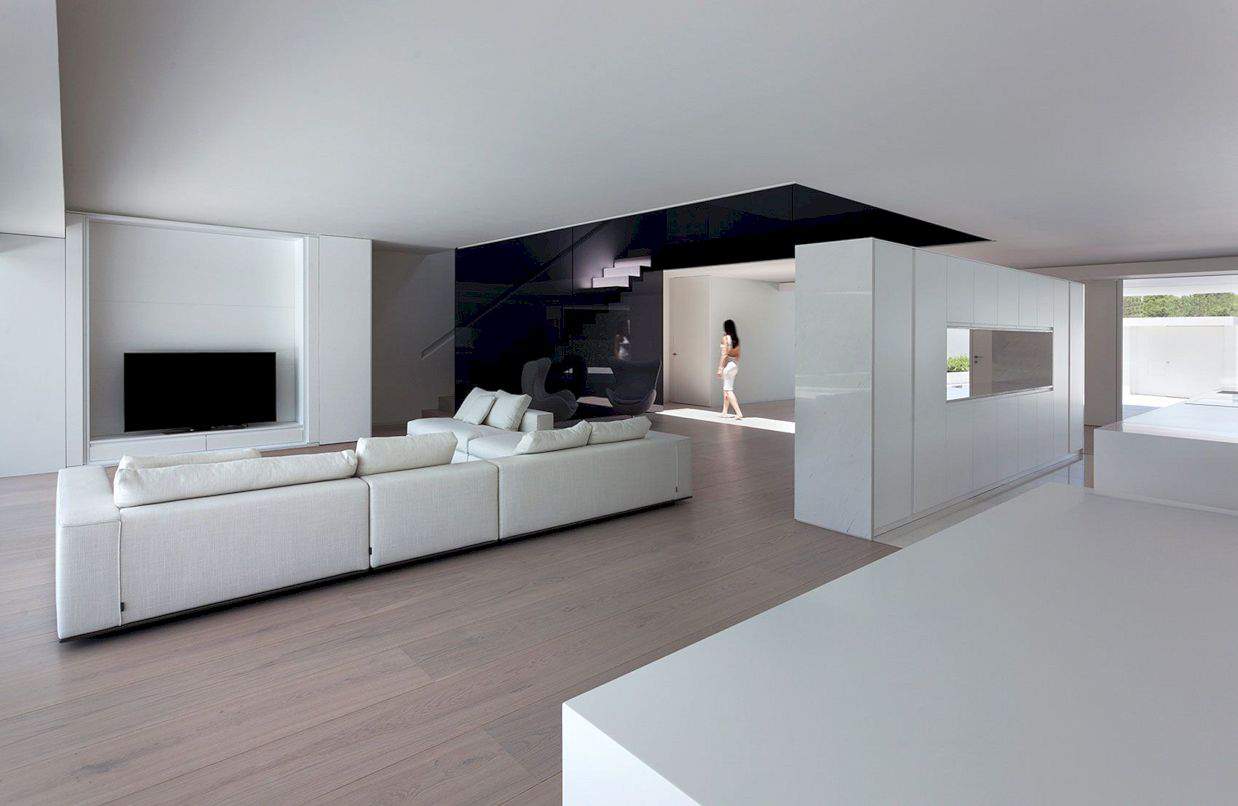 The combination of large windows and skylights with the prominence of white allows the interior to be illuminated with comfort. 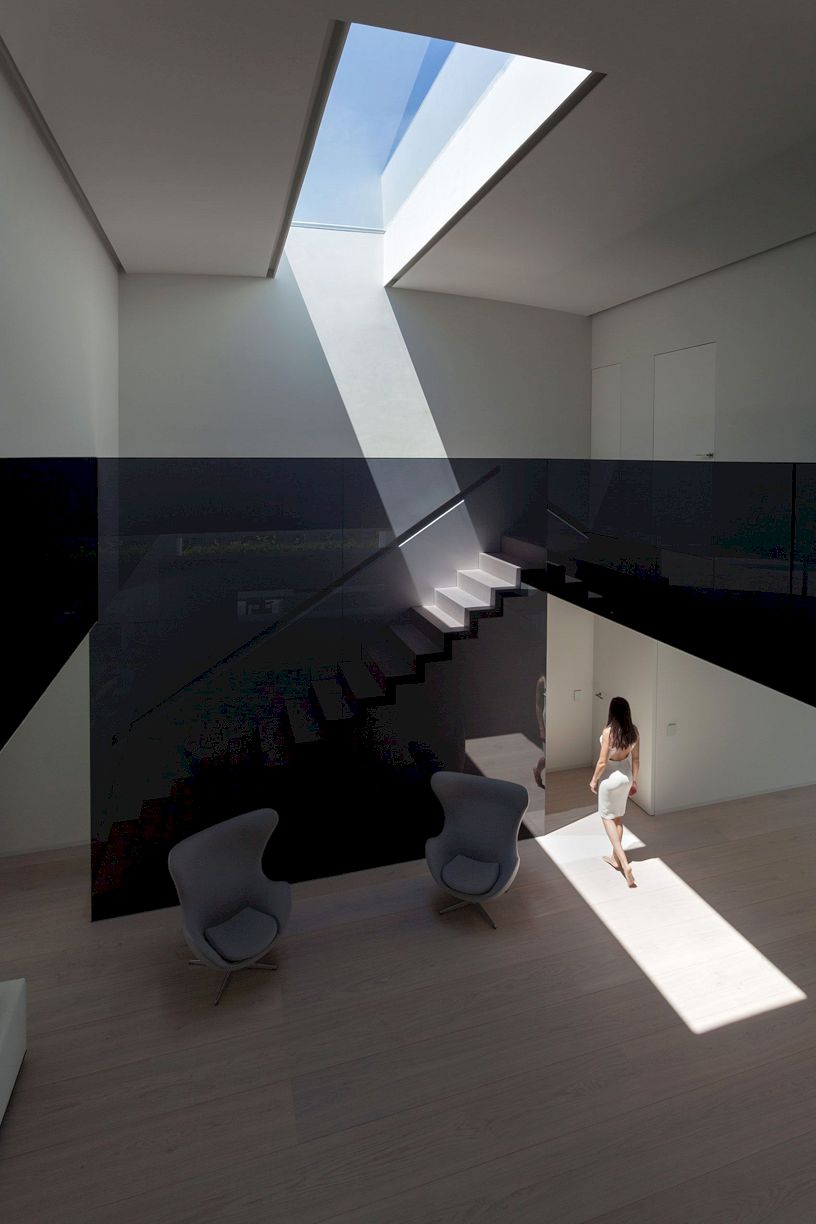 Balint  House is, according to Fran Silvestre Arquitectos, “a carpet of light that transforms, with the passing of the hours, the interior of the house”. 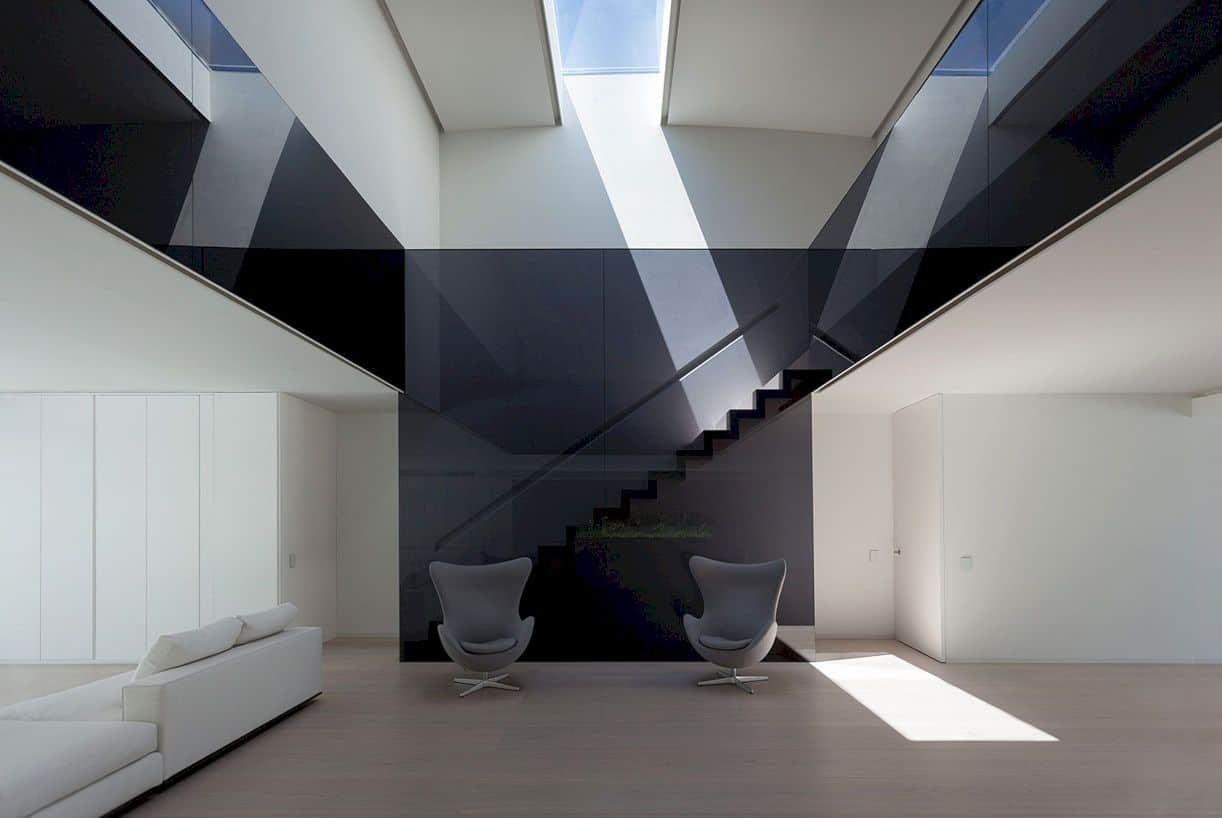 The team of architects has additionally arranged fluorescent led luminaires on the ceiling to illuminate the space at night. An air conditioning installation, a home automation system, and underfloor heating complete the facilities of the house. 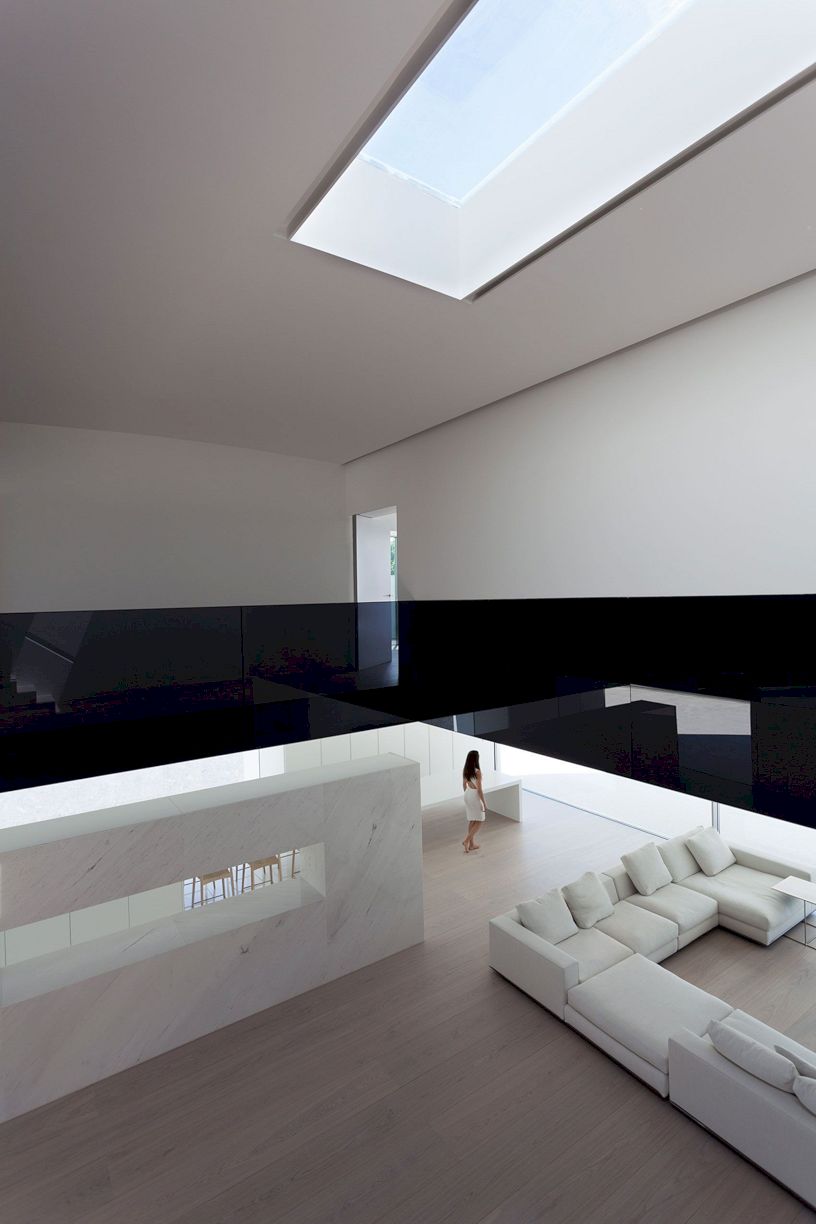