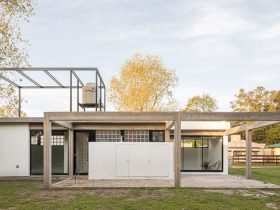 If the architectural acts that have been raised through the past writings are possible even on small plates, would it be possible to realize spatial diversity while preserving the urban structure? The big question is handled perfectly by the team at STUDIO_SUSPICION when they first take the Fighting House project with an area of 274.78 ㎡ in Sageun-dong, Seongdong-gu, Seoul, South Korea. 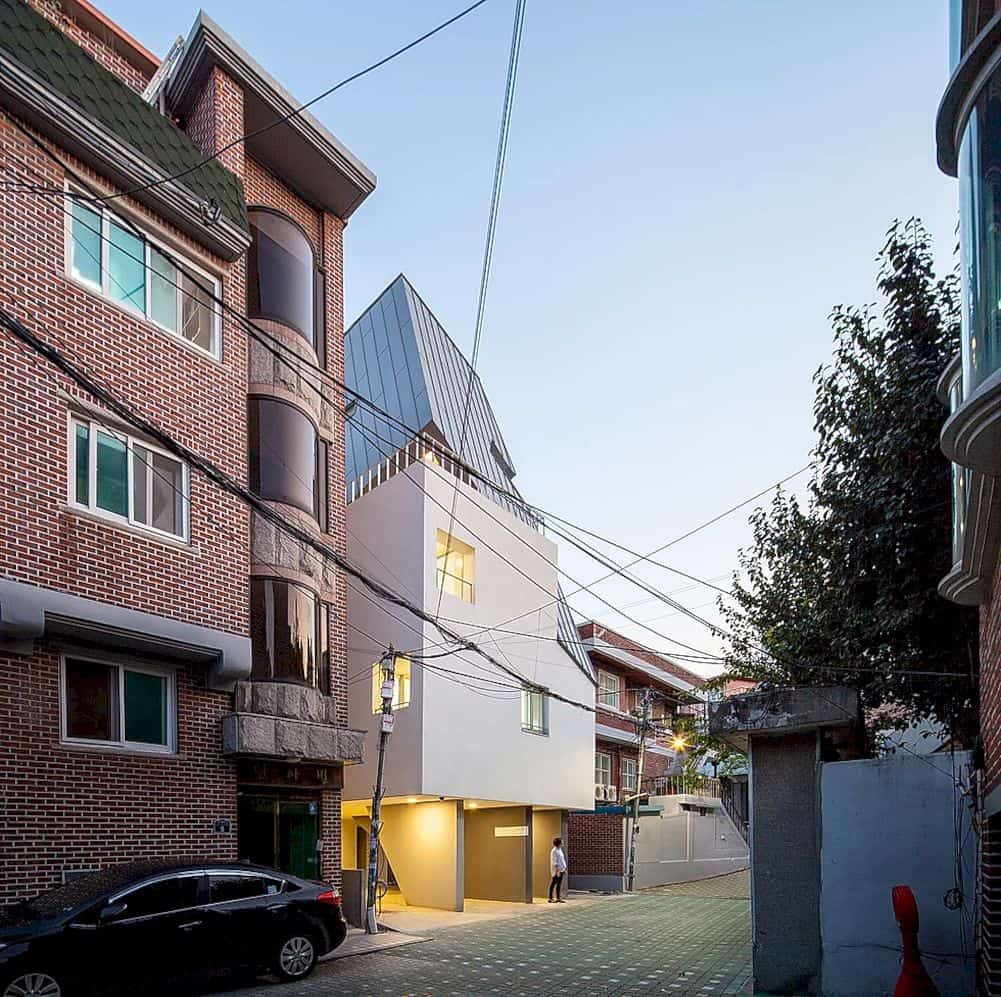 Sageun-dong is geographically isolated as it is a path that crosses a steep hill. It is not a village with easy walking access. The unique atmosphere of Sageun-dong, unlike any other city in Seoul, is due to this geographical isolation.

The house consists of one residential household for the owner and eight rental households for nearby college students. The demand was concise: optimize the maximum volume of 139㎡ of land. Be functional and convenient. 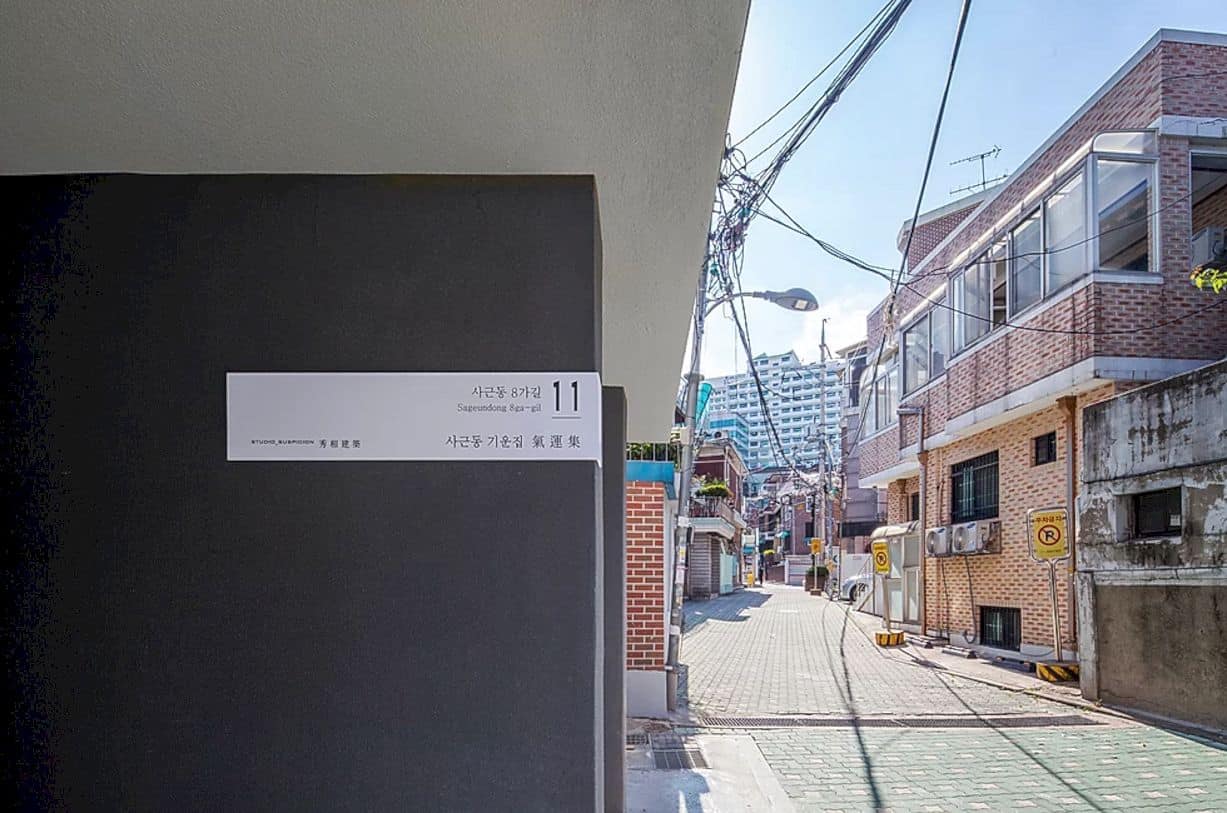 The Fighting House tried to suggest alternatives to housing style for young people through the diversity of space. The built-in cabinet, finely tuned according to the shape and location of the window, the variation, and space of the minimized balcony actualize the diversity. 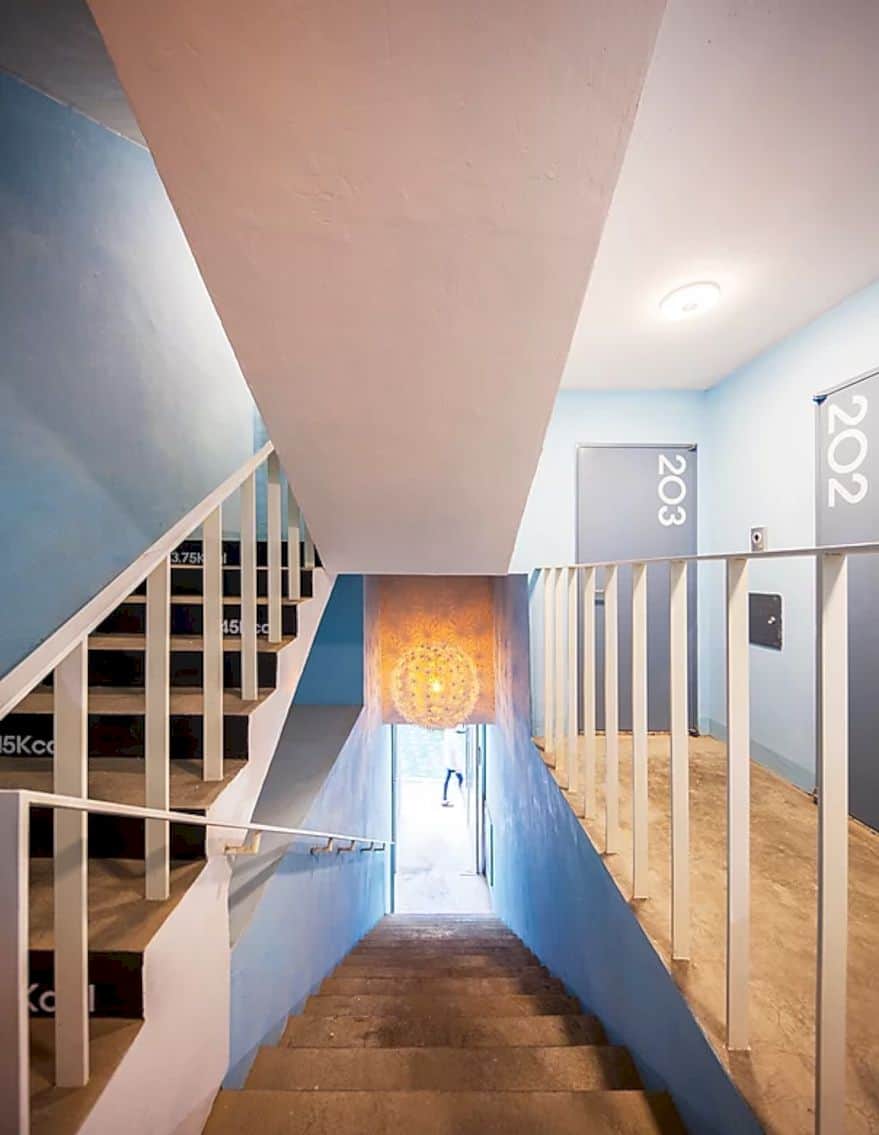 The integration of spaces, where single-person dwellings are the center, is the most powerful trend currently dominating residential culture. Living room and bedroom. 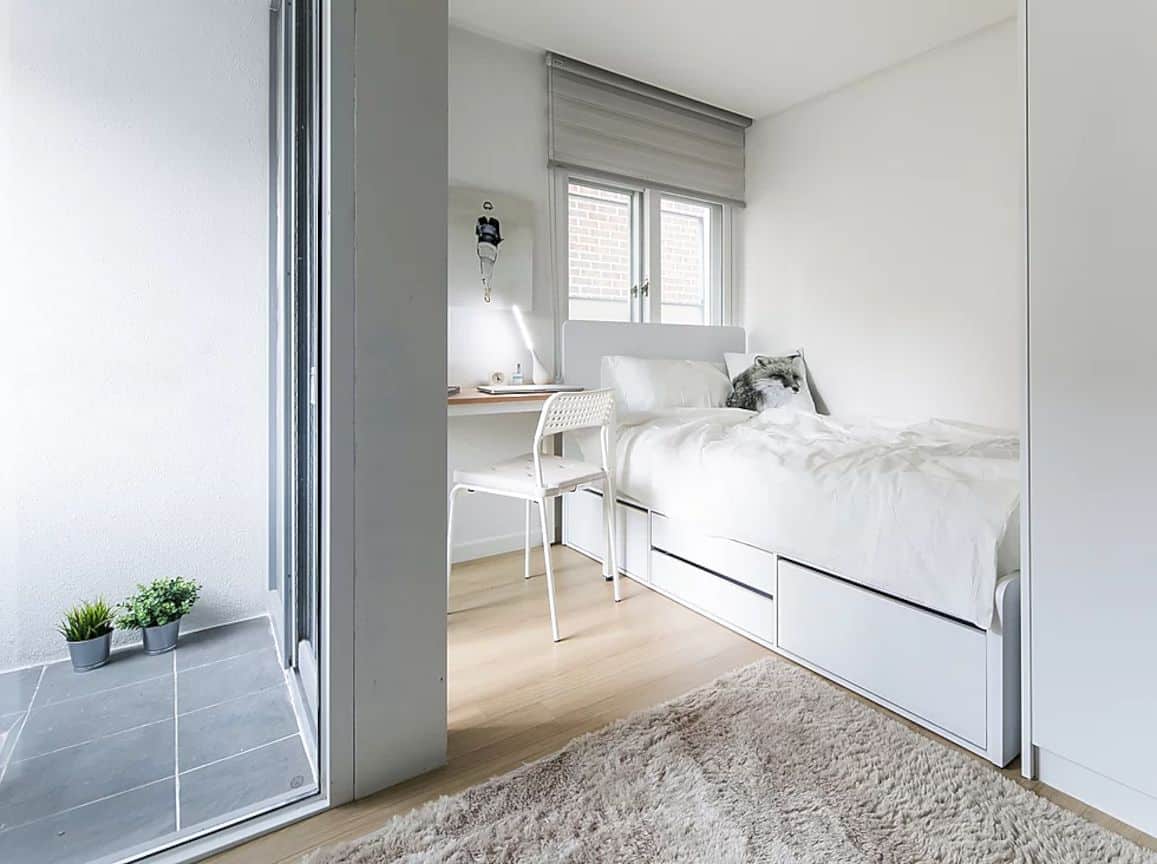 The one-room dwelling style, which puts the kitchen in one space, is now reaching to bring the kitchen and the toilet together. But even a small house needs a kind of space. A living room or built-in cabinet that is loosely separated from the balcony, utility room, bathtub, or kitchen. 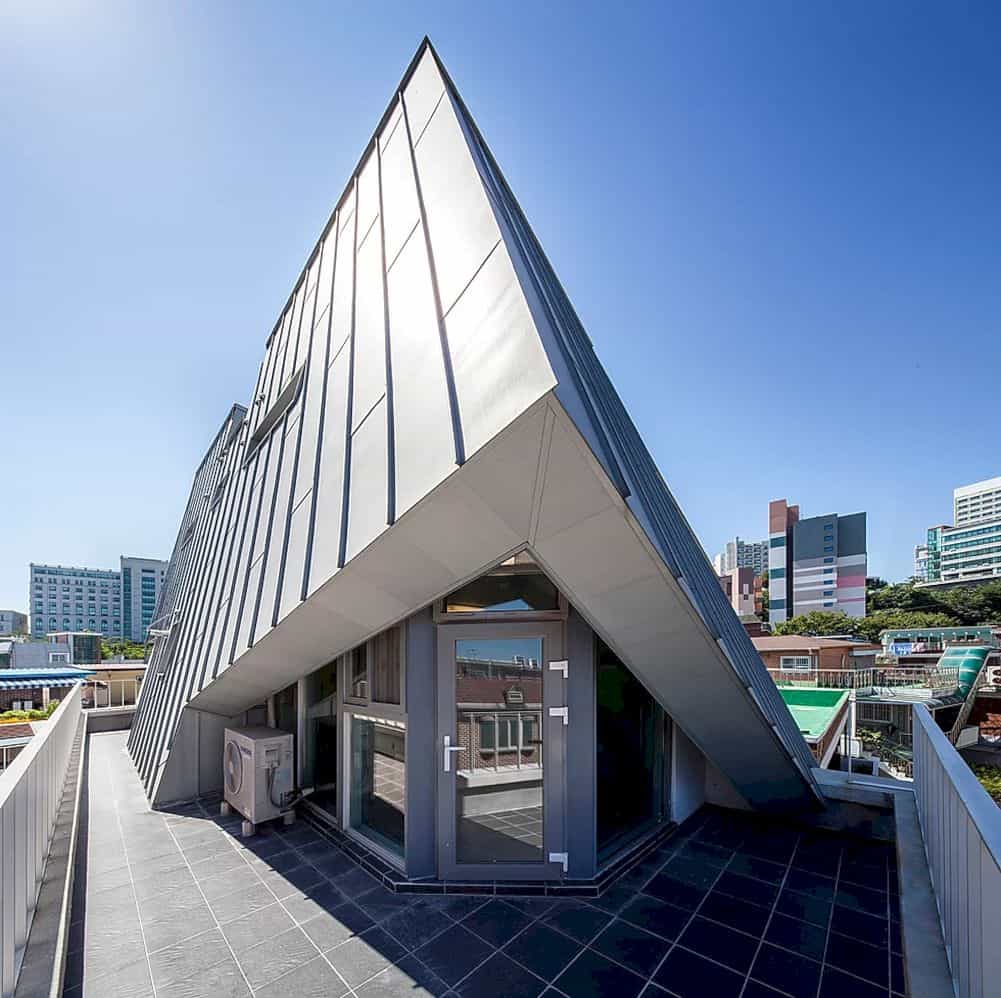 The two inclined planes along the irradiation line meet each other at an angle. The finish was decided to be a zinc protrusion joint to minimize contamination of the slope, and the joint was based on the corner where the two sides met.

As a result, it was possible to treat the corners only by protruding joints without a separate finishing material. The result was a simple creation that emphasized the slanted mass as seen from the elevation. 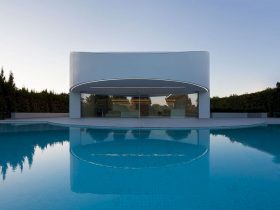 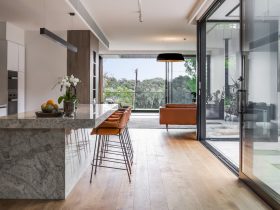 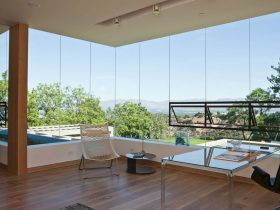 Stoneridge Residence by Assembledge+: Remodel of A One-Story Estate with A Second-Floor Addition