Designed in 2005 by Splyce Design, Geddes House is a new house located in West Vancouver. This house has two cedar-clad rectilinear volumes with tall doors and windows. With 4800 ft2 in size, the house offers an open and interconnected interior while the house spaces are defined by the undulating wall planes, and changes in the ceiling and floor elevation. 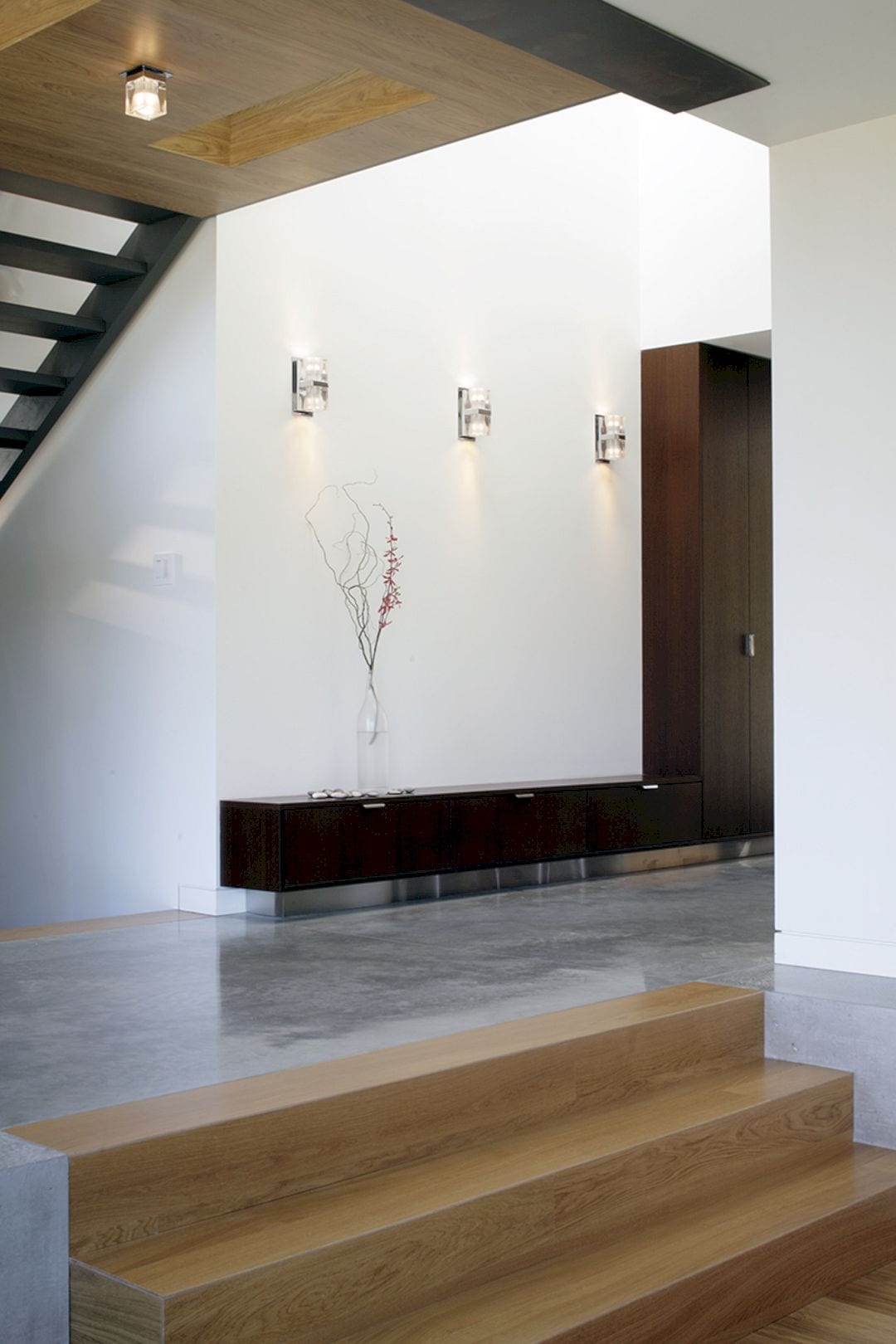 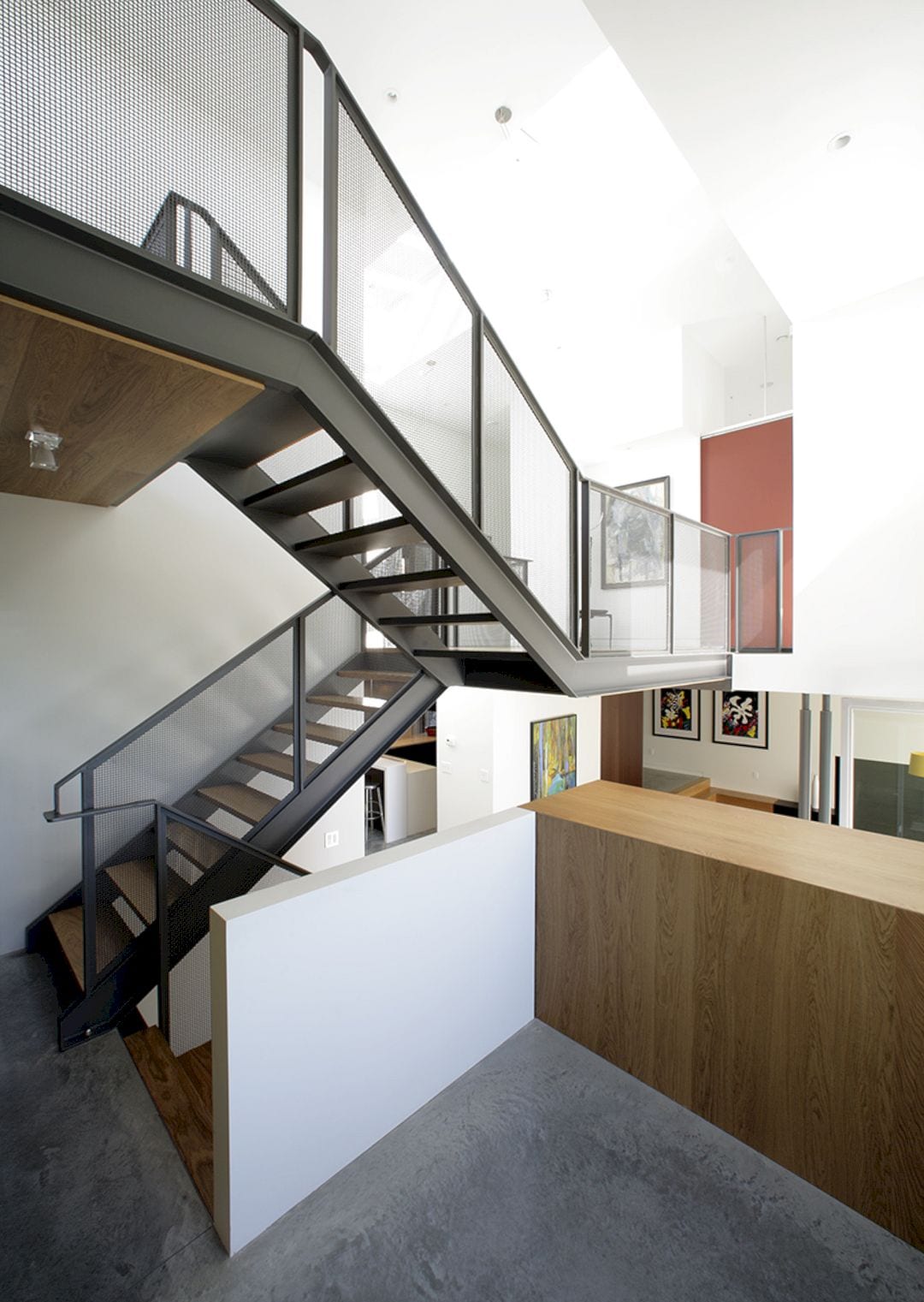 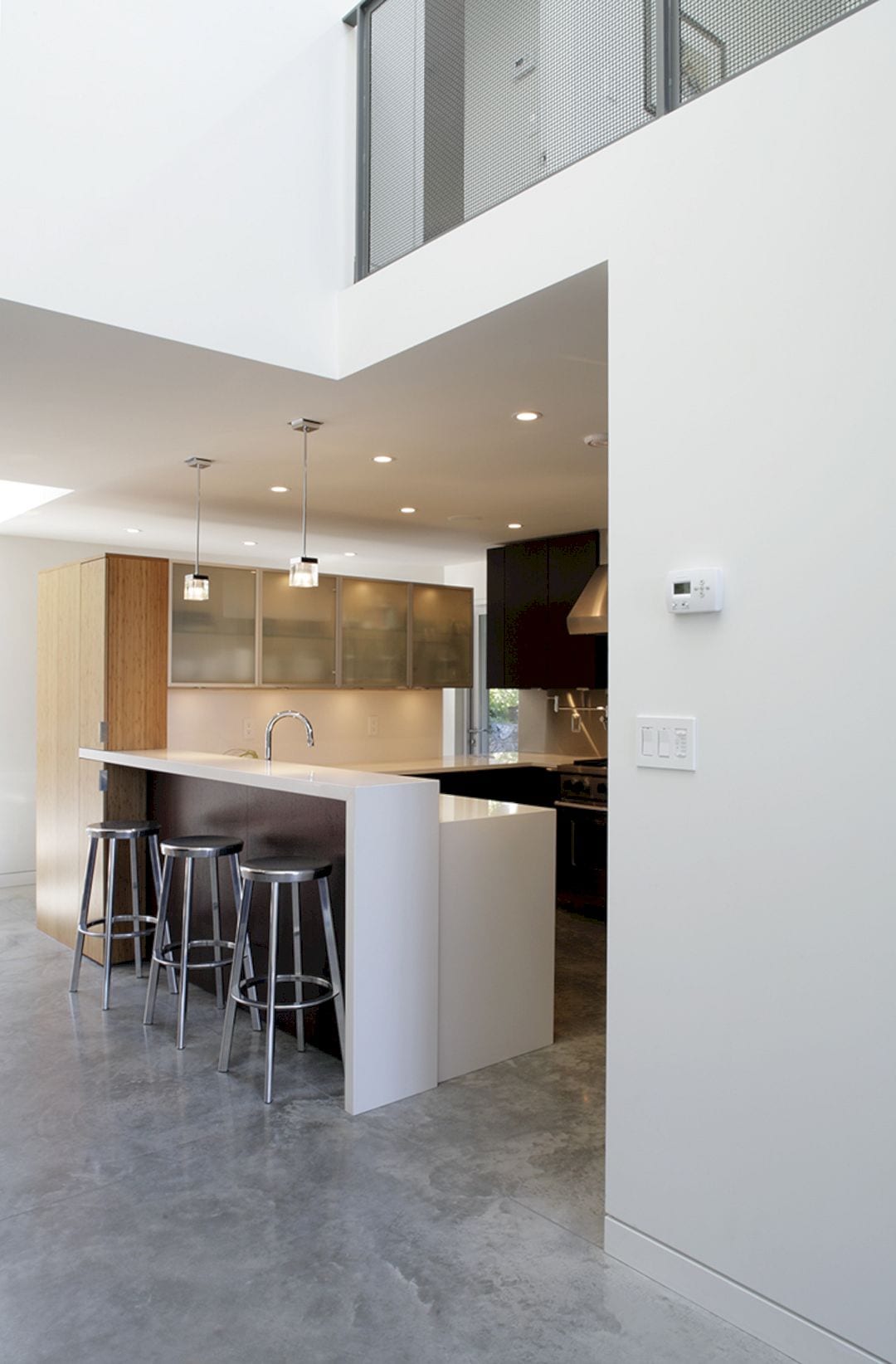 This house has an irregular pie shaped lot that precludes some options for siting the house but it also serves as one of the main forces in the design shaping. This house also sits tight against its rear setback to the north to maximize the landscaping potential and the site’s broad southern exposure. The northern wall is clad in corrugated galvalume panels with punched openings, curves as it conforms to the setback to create a material departure and unique formal. 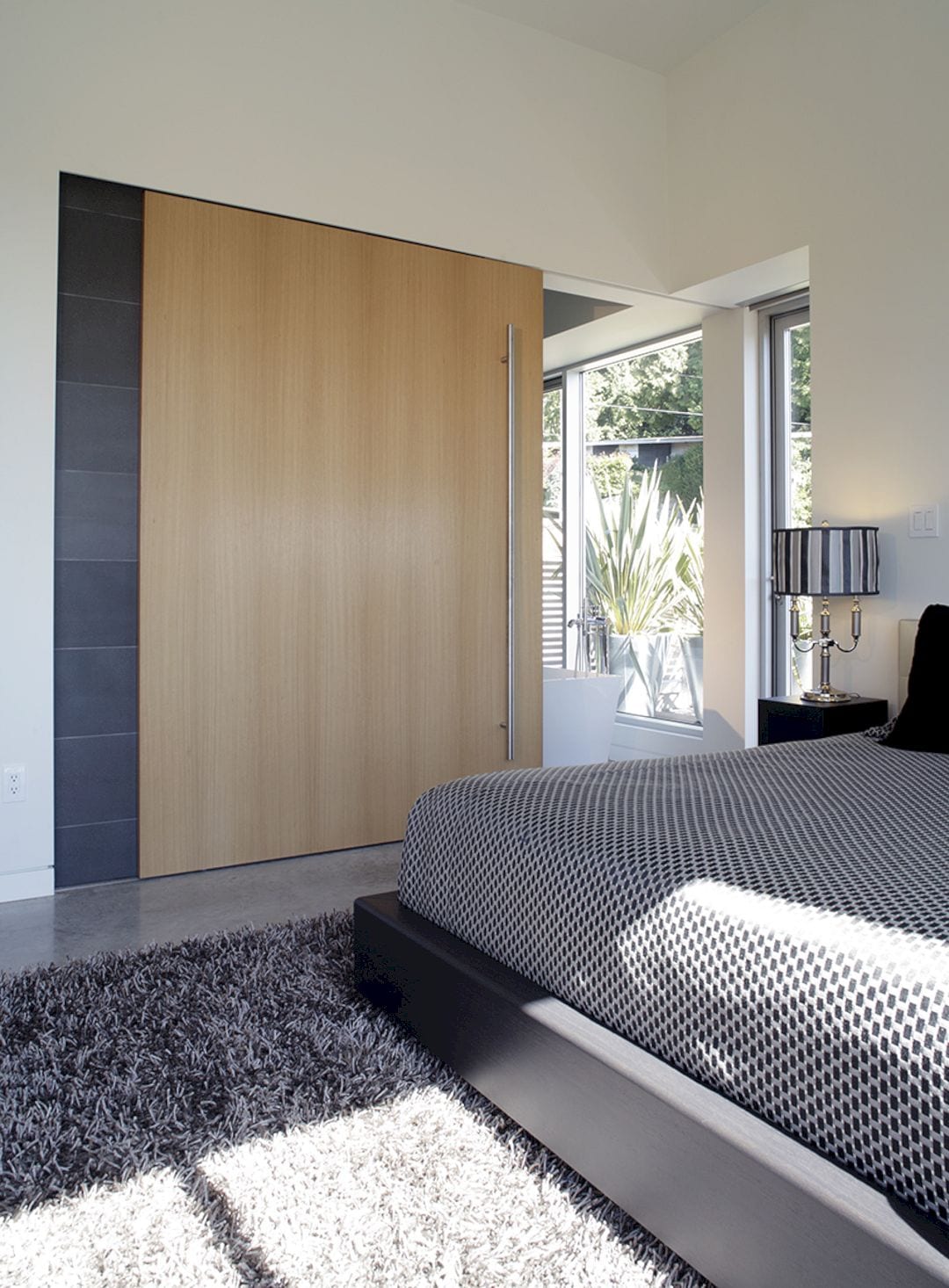 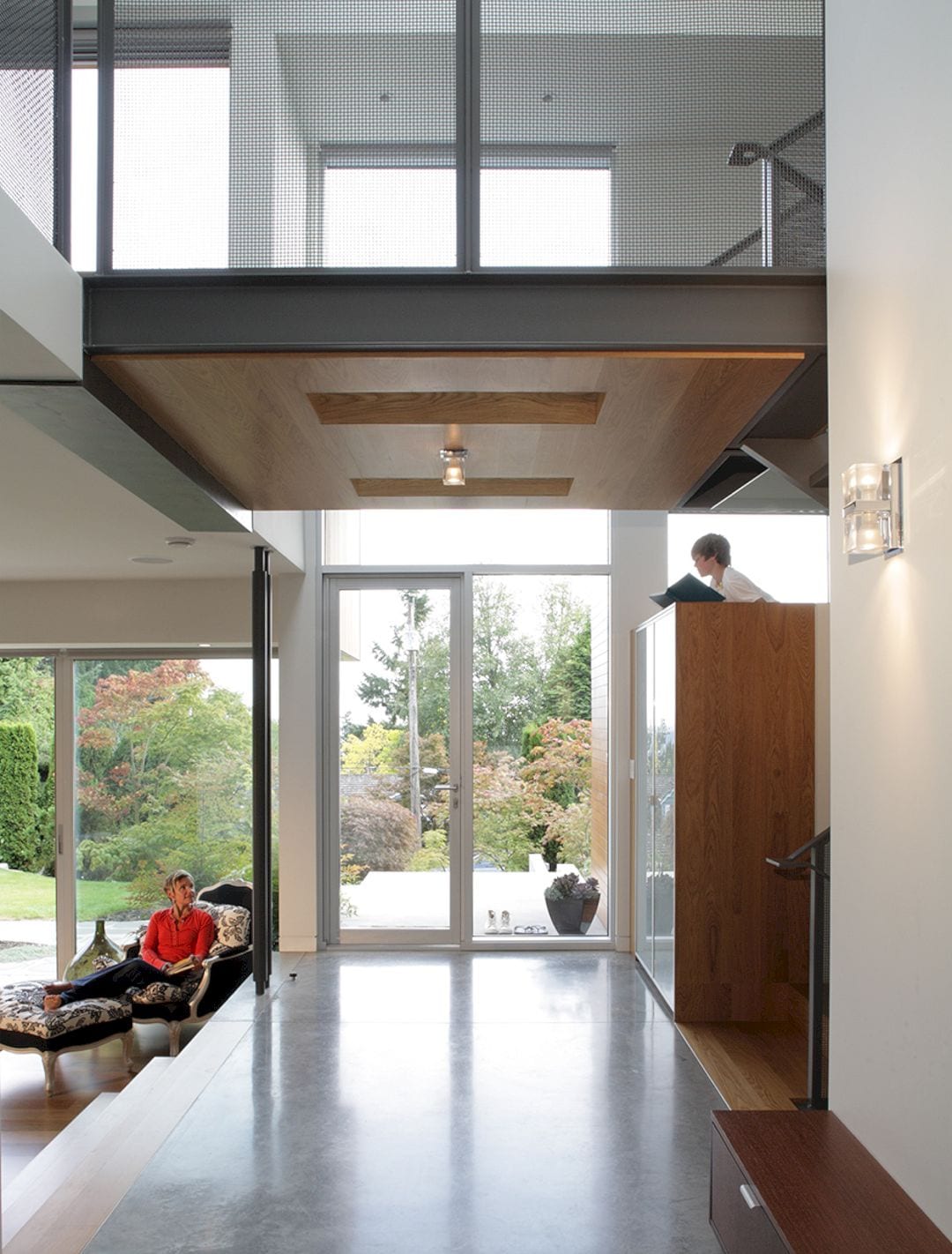 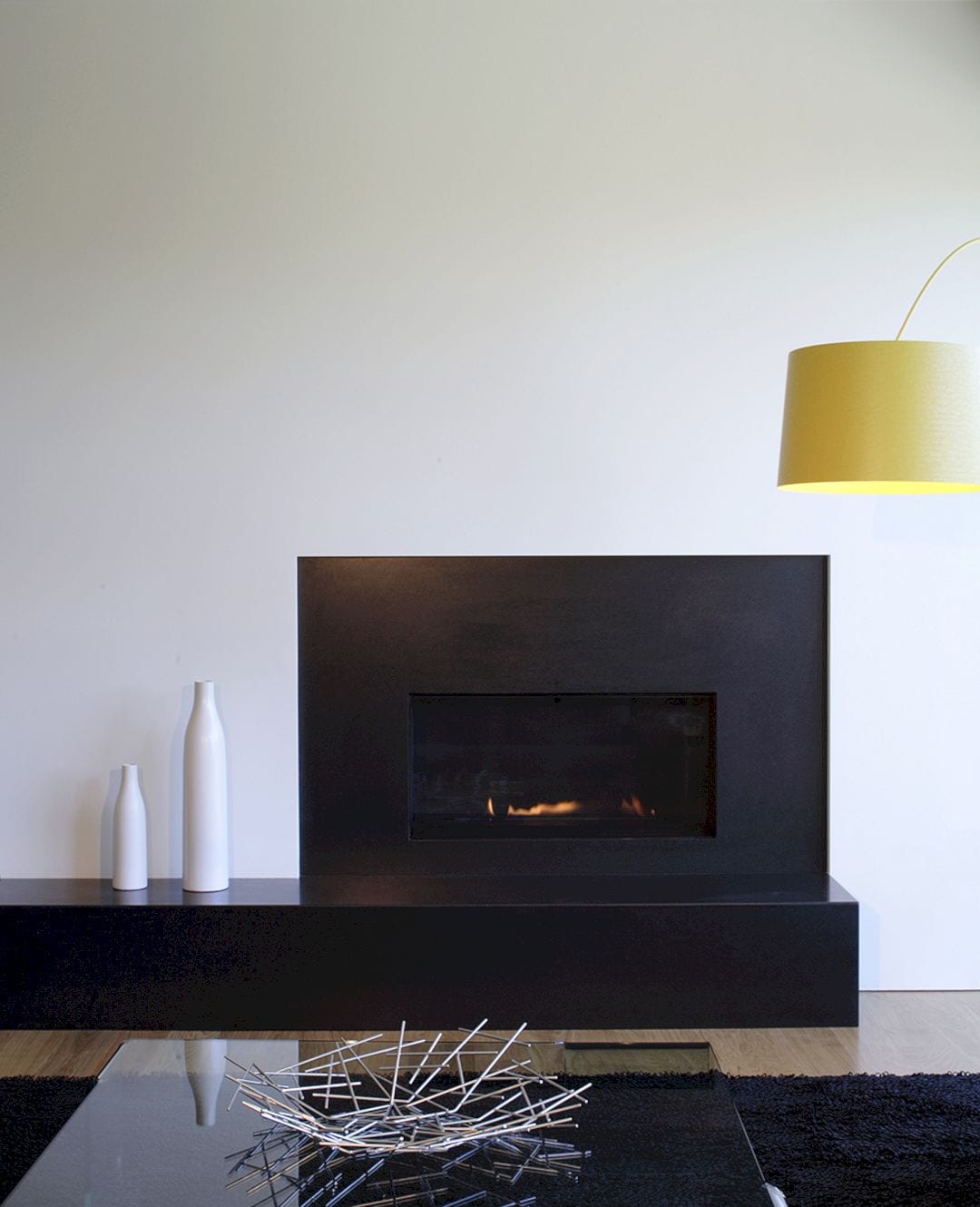 Two cedar-clad rectilinear volumes are juxtaposed to the distinct shape and materiality. These volumes have tall doors and windows that open up to capture the stunning ocean views and southern light. A circulation zone and double-height breezeway separate the two volumes, providing natural cross-ventilation and become the house’s social hub. 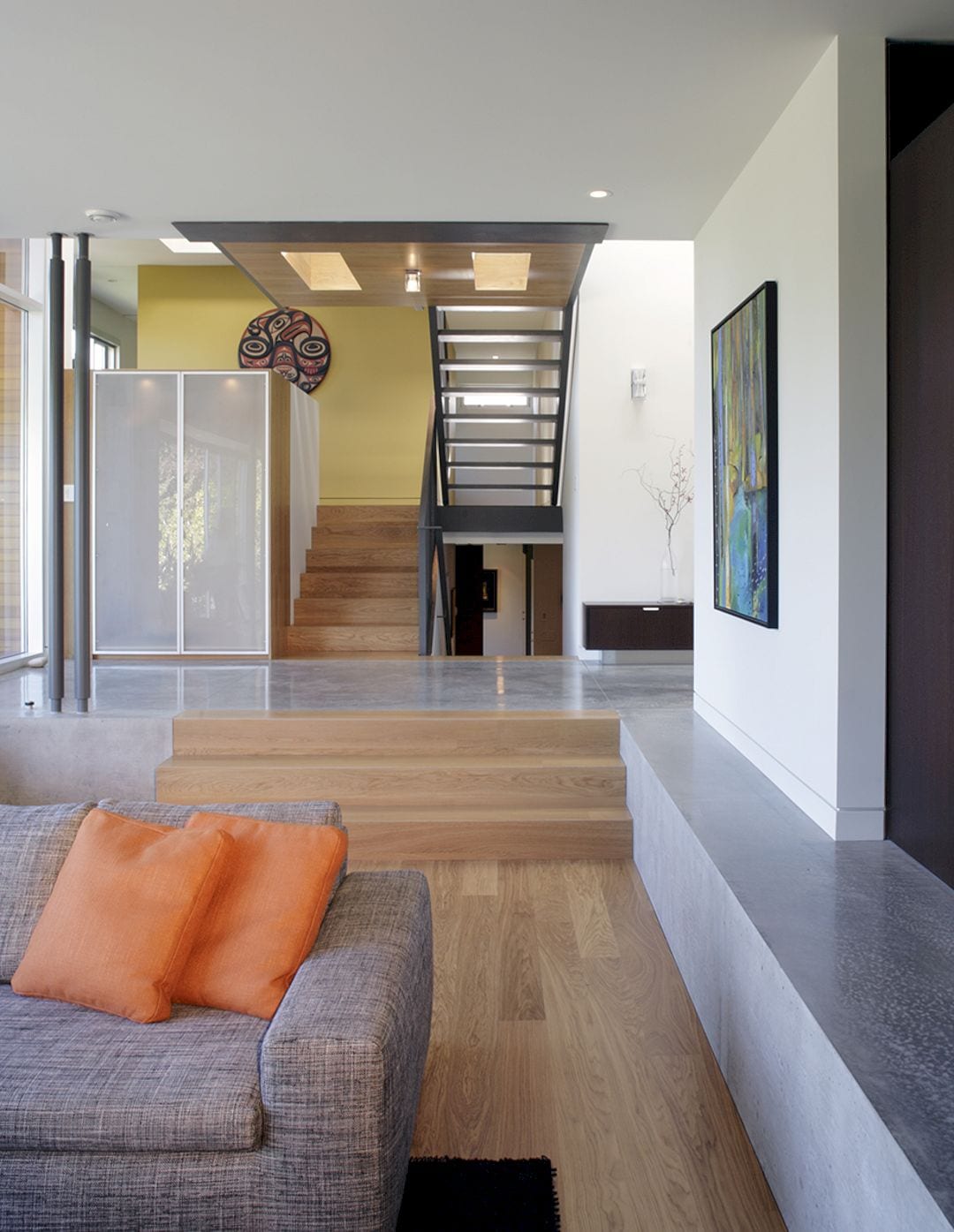 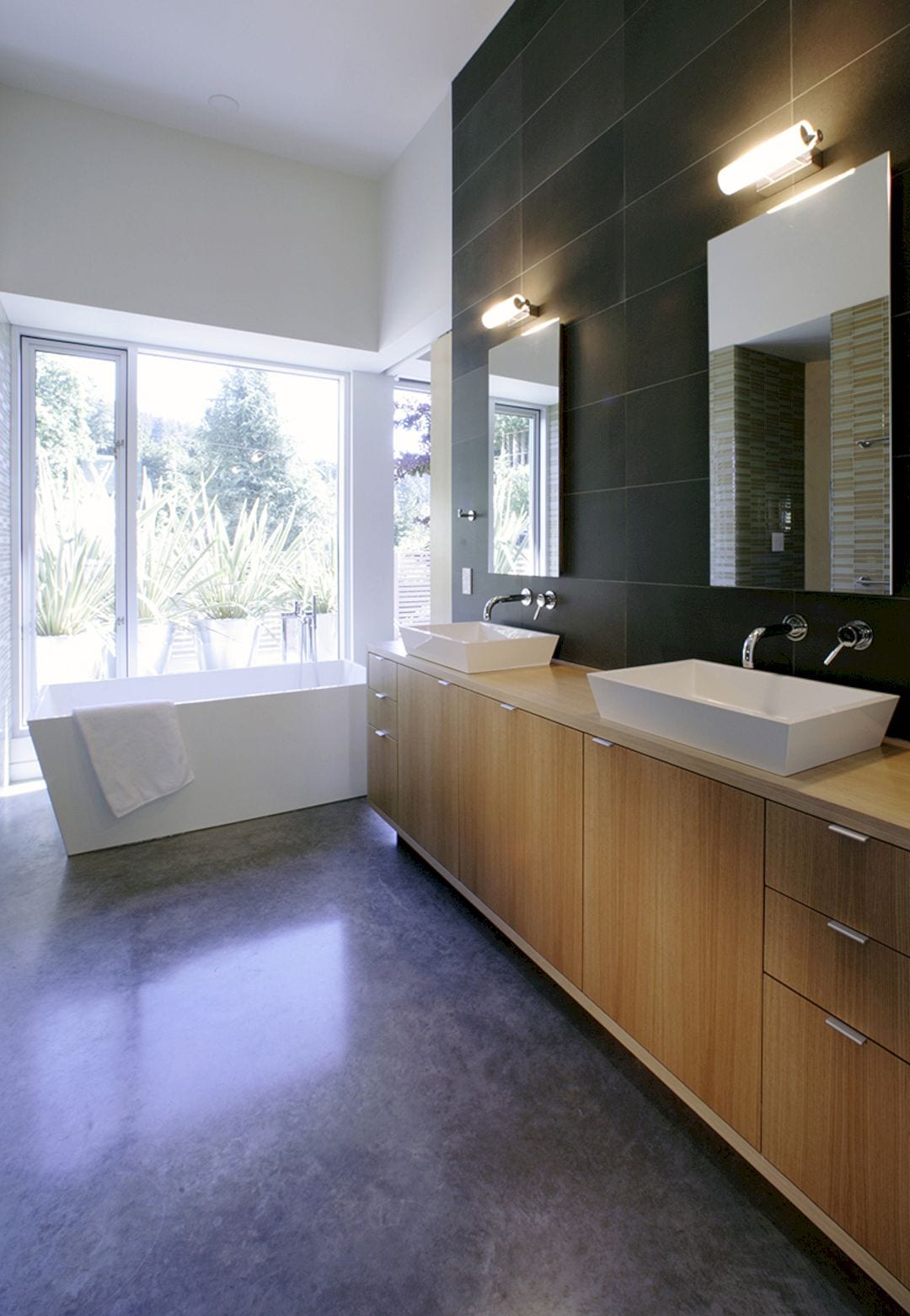 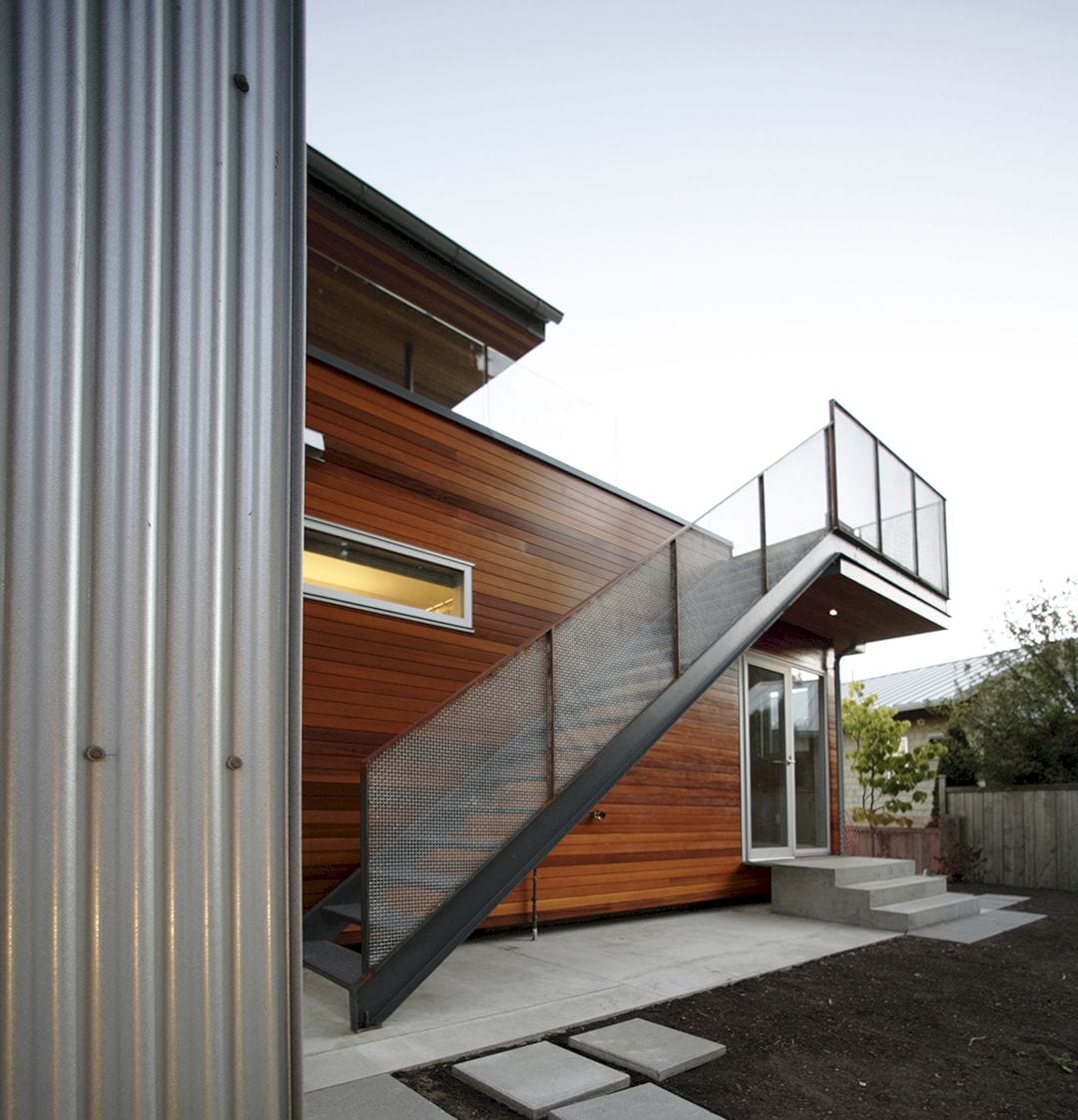 There is a steel stair above the tall open space that bridging the house’s two main levels. The stair’s top landing also opens onto a large, south-west facing, sundeck, and outdoor room that completed with a food preparation area and a sink. 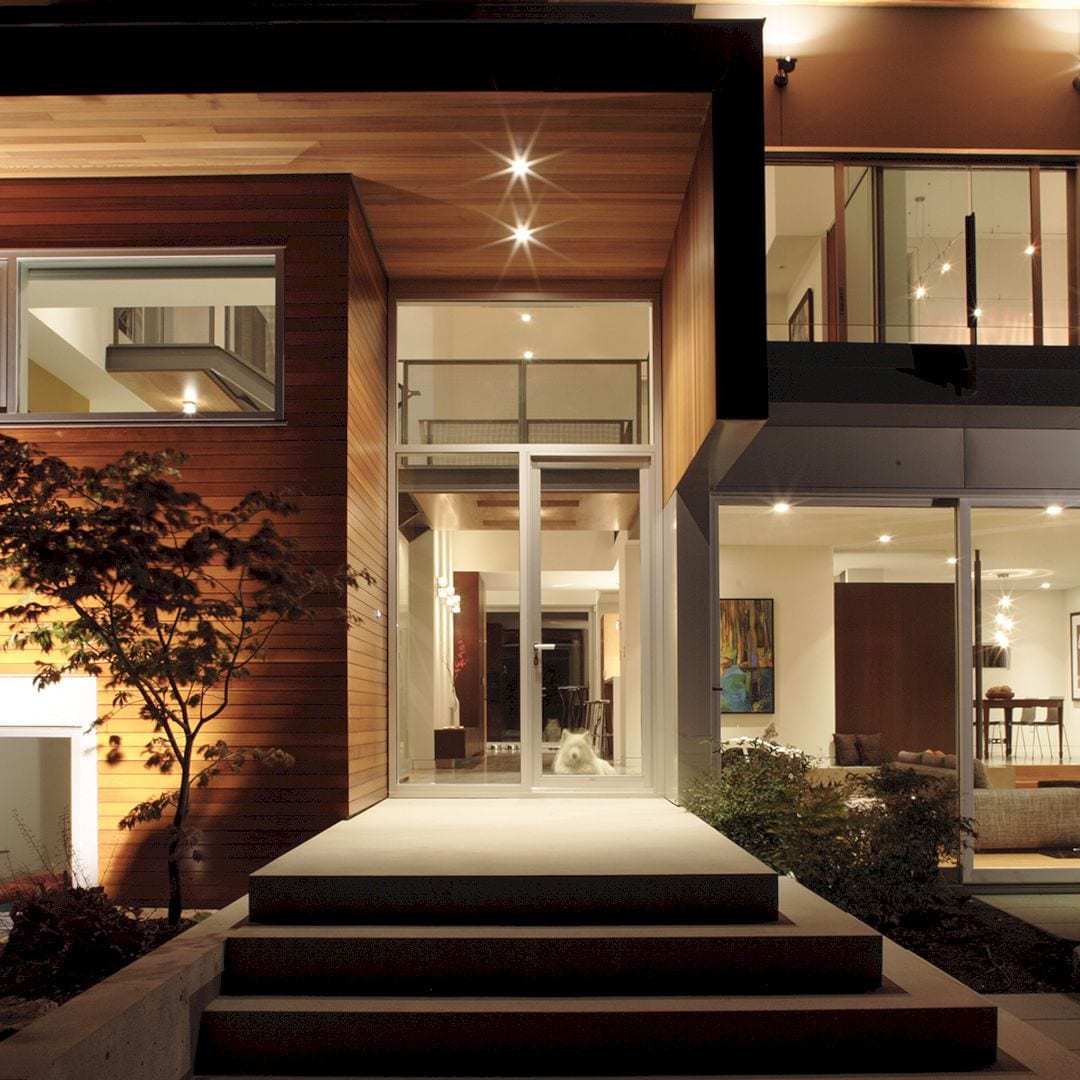 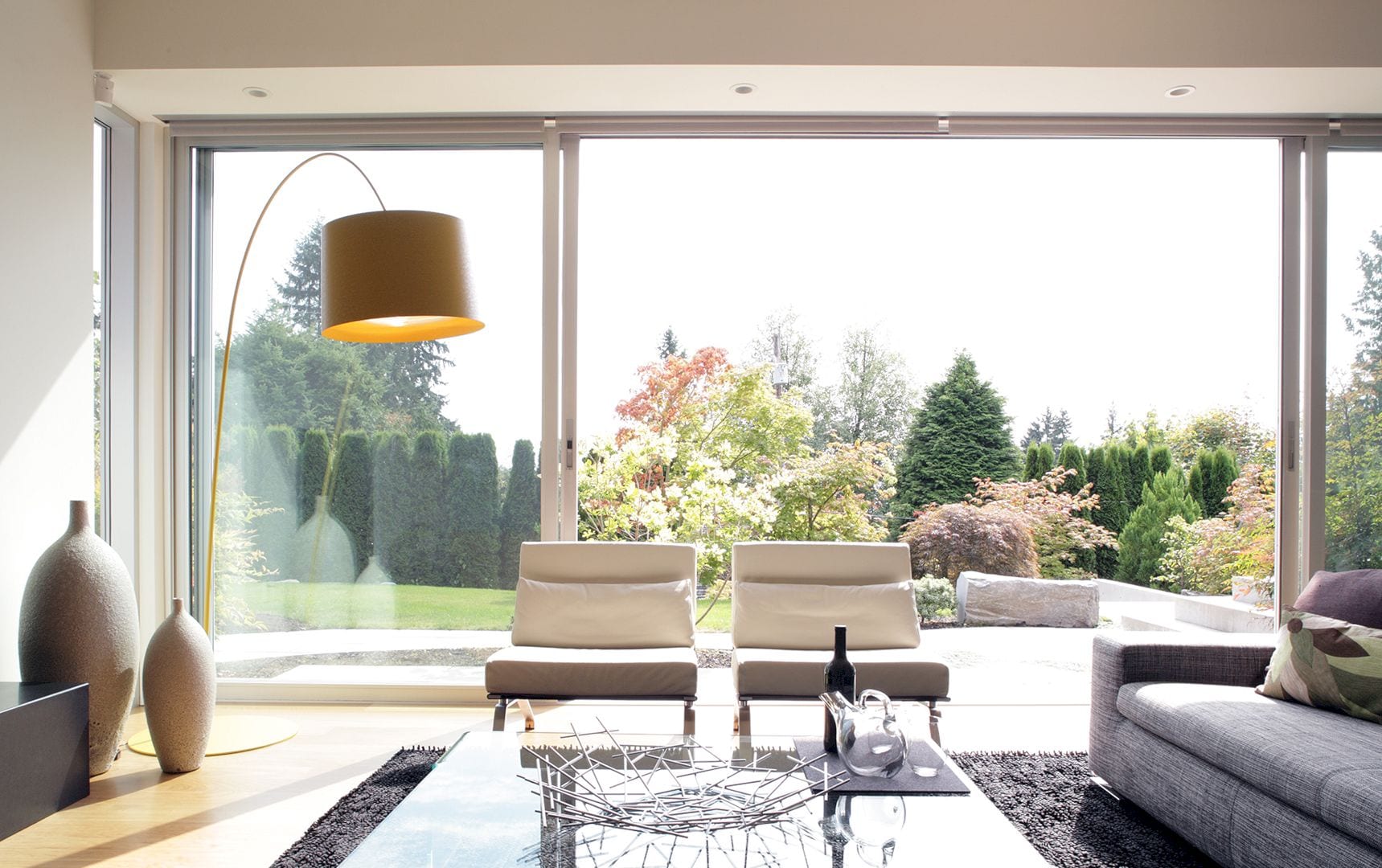 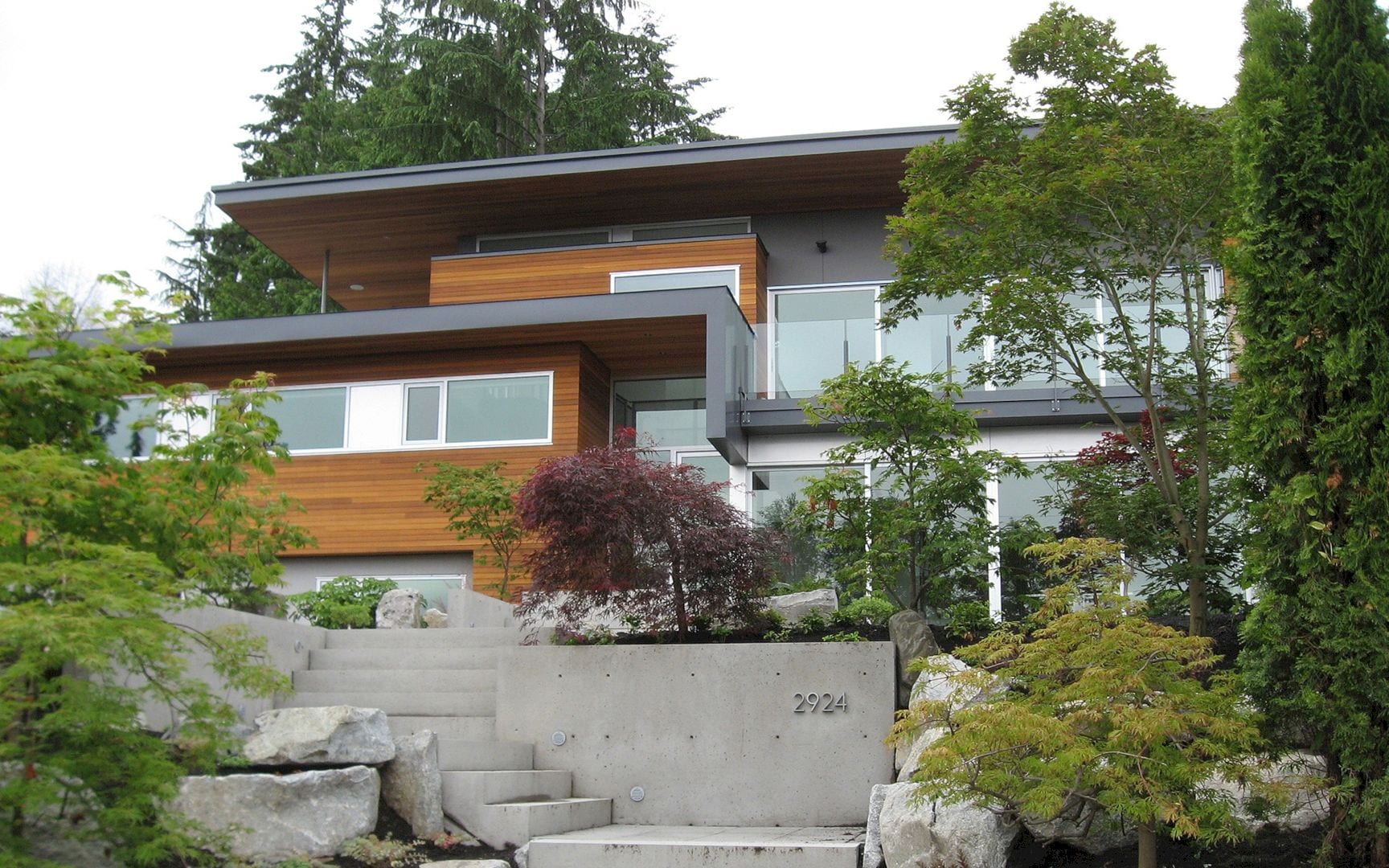 Undulating wall planes and changes in floor and ceiling elevation can define the house spaces well while the interior of the house is open and interconnected. In this family of five, each member is afforded their own private space. A level of flexibility to many areas is offered by the large sliding panels, making the space public or private, small or large, depending on the closed or open position.