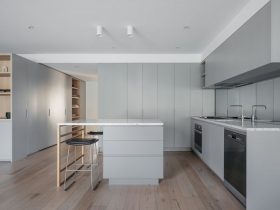 The client came to Gogl Architekten with a wish to build a new building on a narrow plot of land on a difficult hillside. The eastern half of which is occupied by a listed building – the “Haus Walde” planned by the Tyrolean painter, poster artist, and architect Alfons Walde in the late 1930s with open and light-flooded rooms. 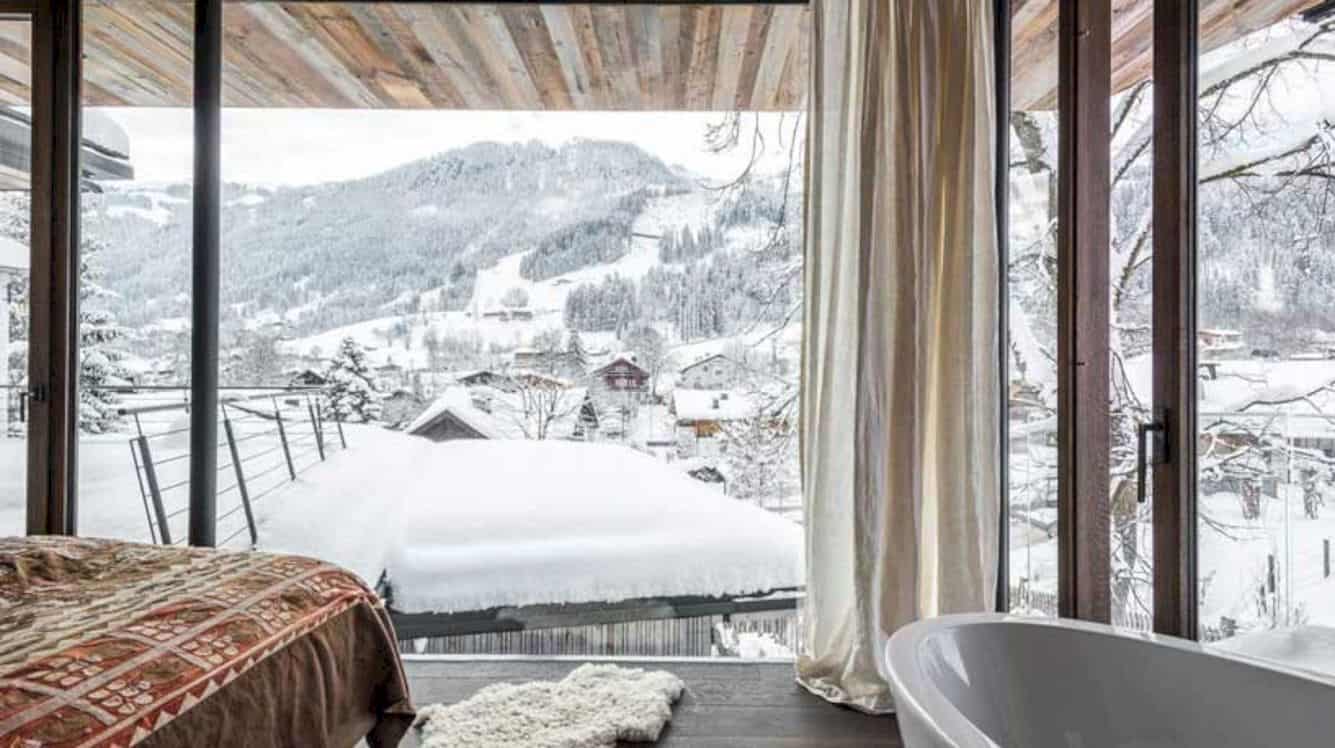 The greatest challenge for the architect Monika Gogl was the positioning of the new building. Making maximum use of the building regulations, it places a structure embedded in the terrain on the north-western corner of the property, which in its height development is both adapted to the topography and relates to the existing building. 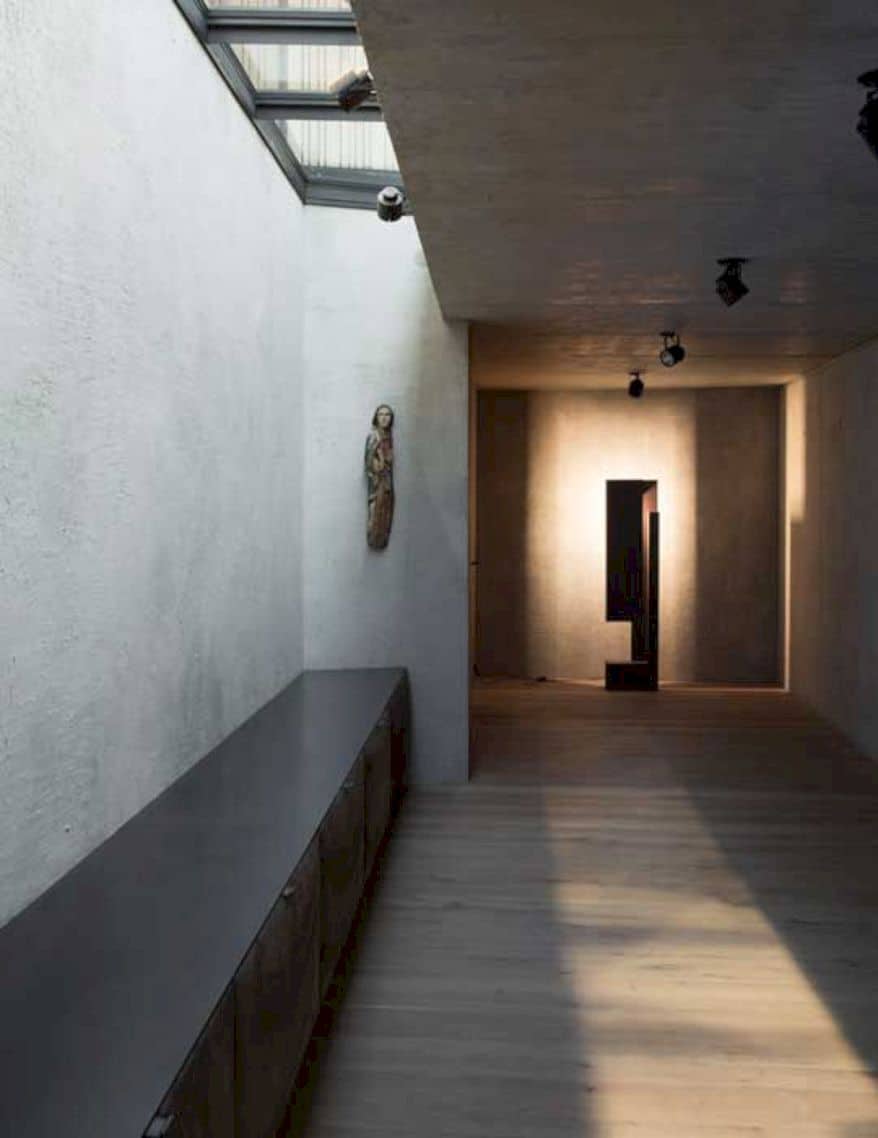 Following the basic idea of ​​two buildings standing side by side as examples from different eras, the architect designed a self-confident and independent new building that forms a contemporary counterpoint to the “venerable” existing building. 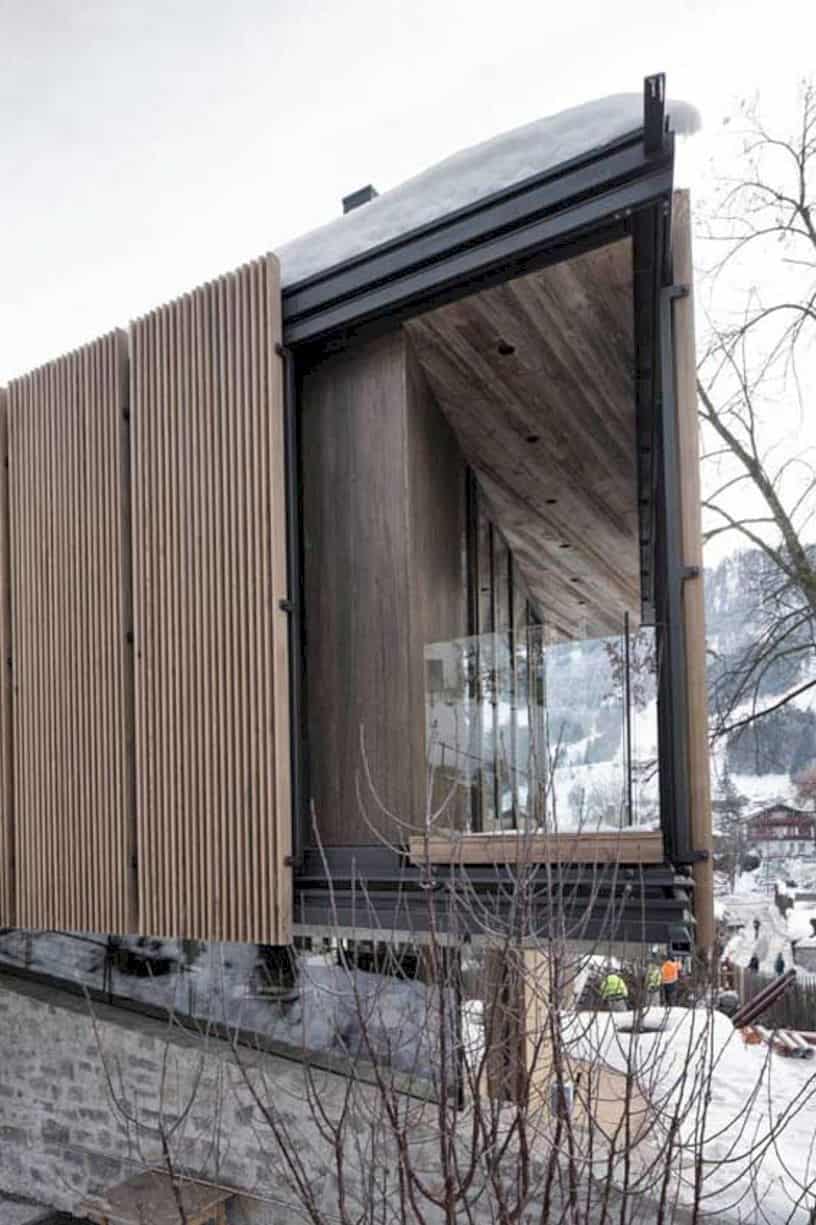 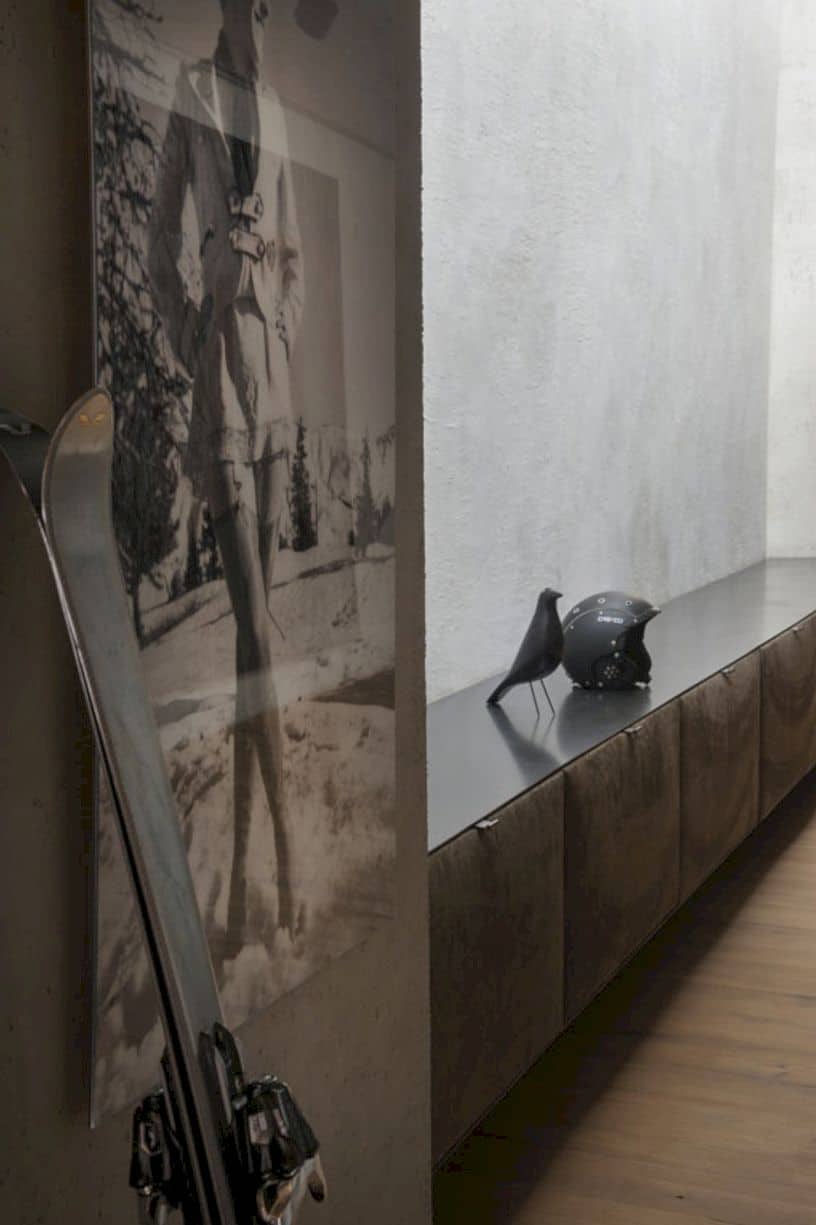 In the south, a carport was built along the access road, the green roof of which is part of the garden. A long access corridor illuminated from above – it also serves as a space for the builders’ collections – leads from the street or the carport to the basement.

The northern part serves as a cellar, the southern part was developed as a living and working area, which is optimally lit from the south. 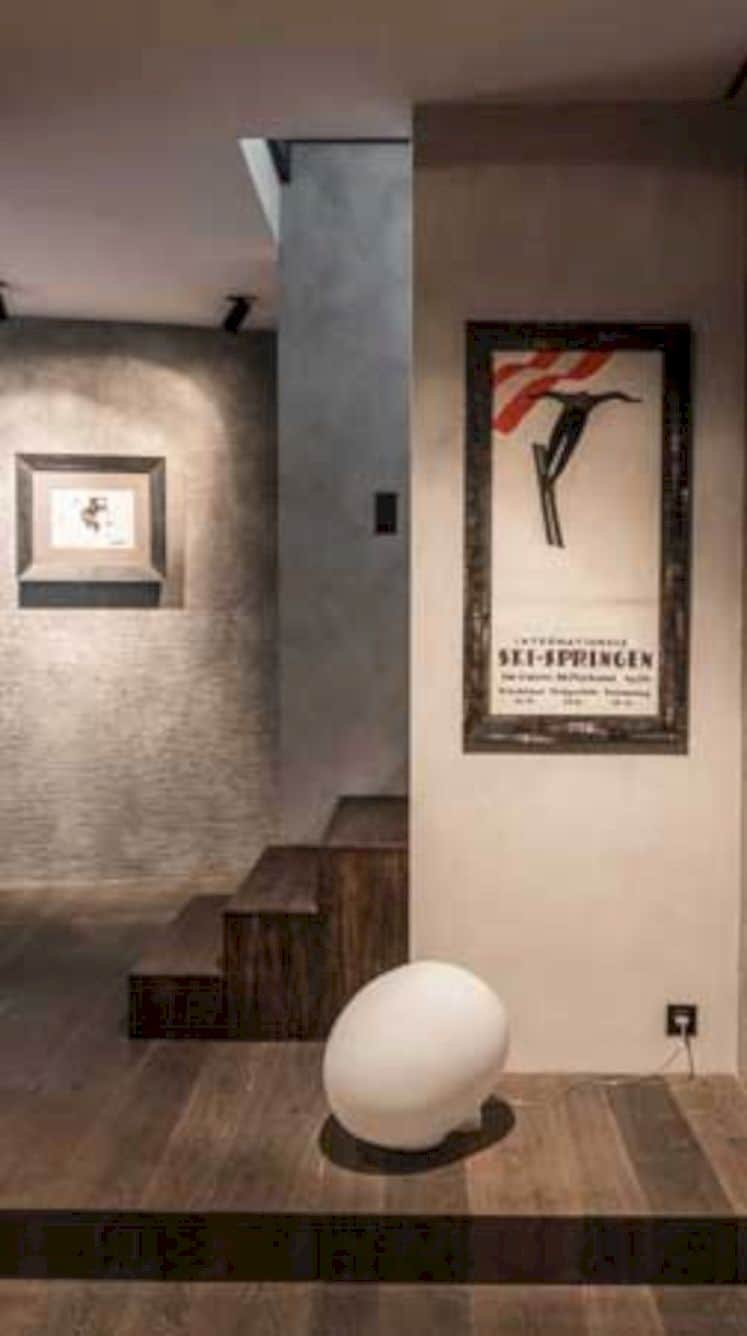 The ground floor serves completely as a living area with a living room in the north and the kitchen-dining area in the south, the sleeping level is on the upper floor, which is raised in the north.

On all three levels, a level jump adapted to the terrain creates differentiated zones in an otherwise open spatial structure. 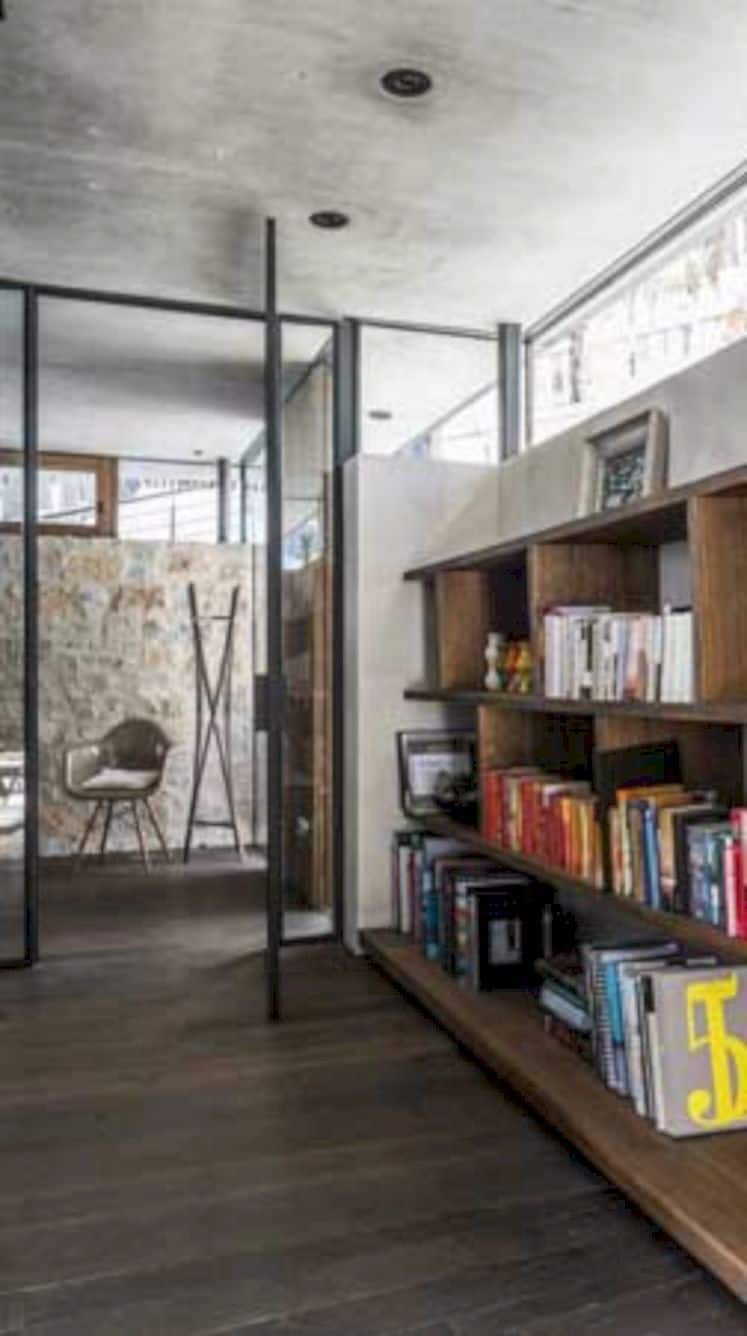 On the slope side, a natural stone wall gives the residents support, the remaining facades open with large glazing towards the garden and valley side and offer diverse views of the Kitzbühel Alps. 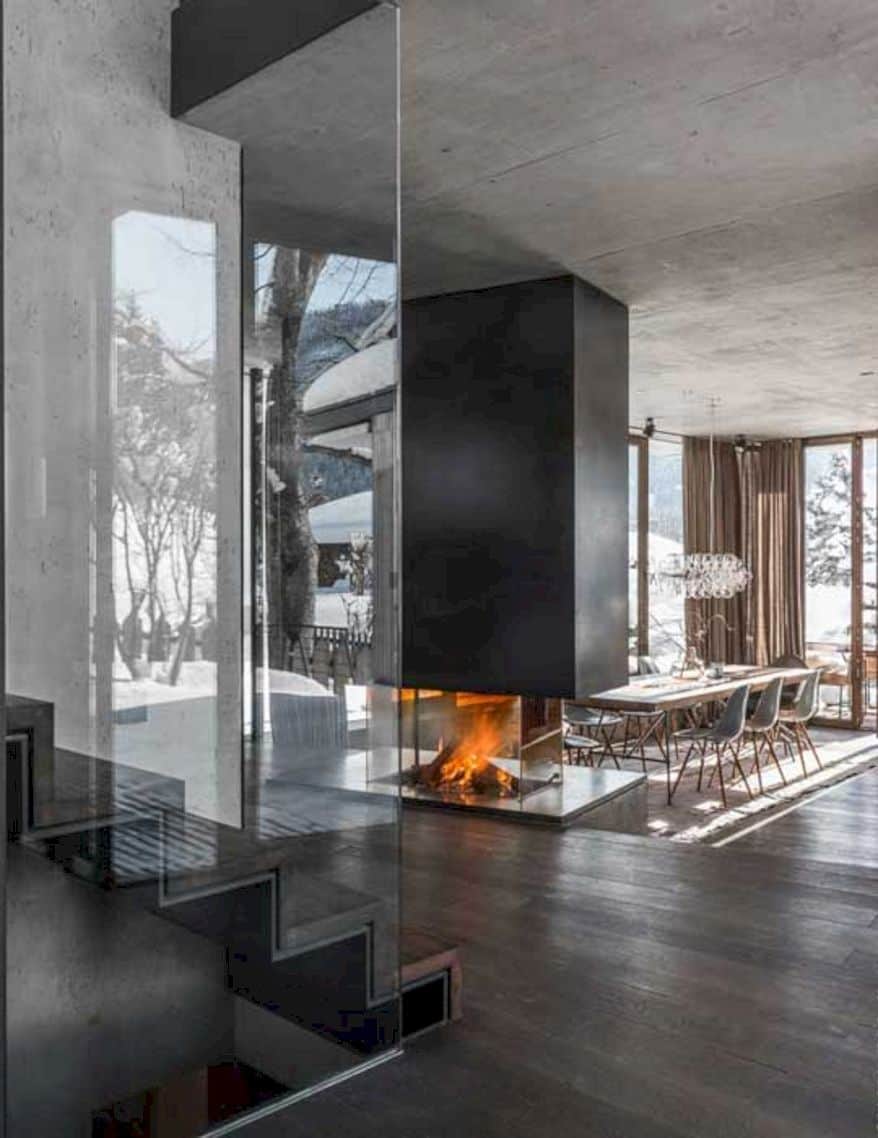 The interlocking rooms are characterized by the reduction to a few, high-quality materials and a very clear design languages.

In contrast to natural stone and wood, the ceilings on the ground floor were made of exposed concrete. In the sleeping area, oak wood was used on both the floor and the ceilings. 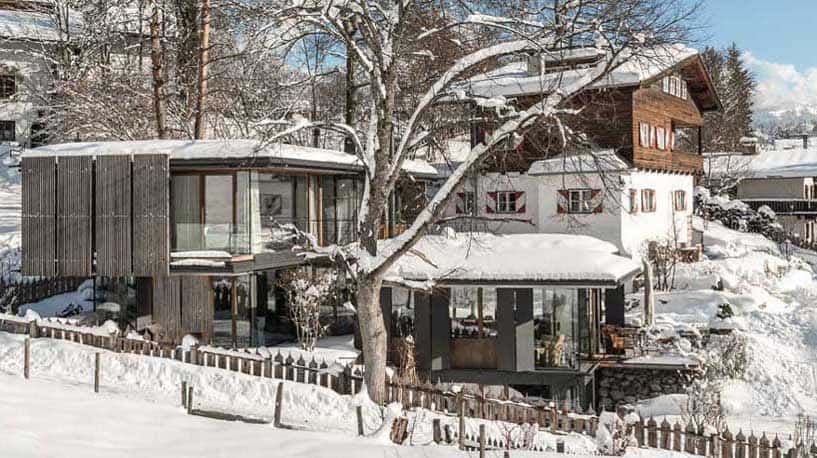 The central element of the living area is an open fireplace, which, in addition to the geothermal heat pump, ensures comfort.