The Blumenthal house at Händelallee 67 in Berlin’s Hansaviertel was built in connection with the INTERBAU international building exhibition in 1957 by the architects Klaus Kirsten and Heinz Nather for the ophthalmologist Georg Blumenthal in 1958/1959. After several conversions, it was extensively rebuilt and refurbished in 2012 by IFUB* under the project Kirsten House. 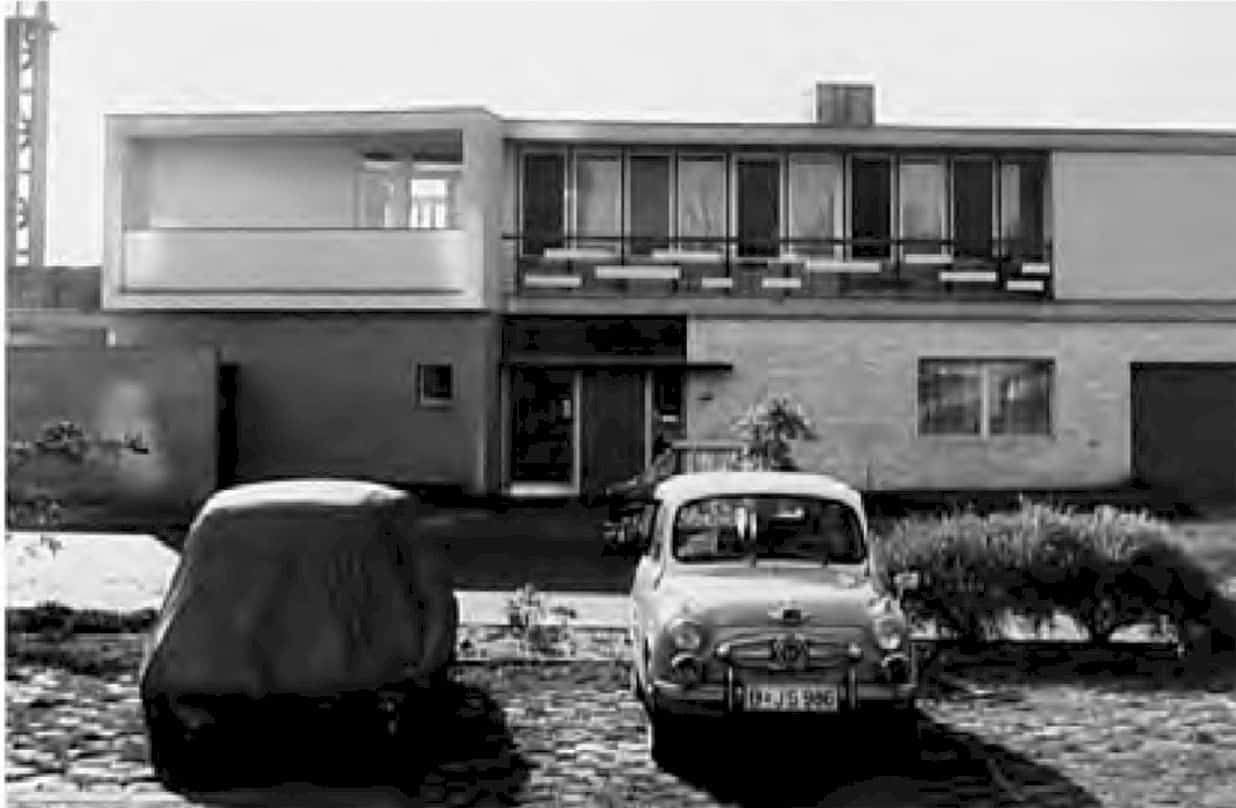 As part of the original planning for the INTERBAU International Building Exhibition in 1957, three two-story single-family houses by the architect Josef Lehmbrock were planned for the Handelelallee 67 property in Berlin’s Hansaviertel. However, these houses were not realized, presumably because no buyers for the objects could be found in the run-up to the exhibition. 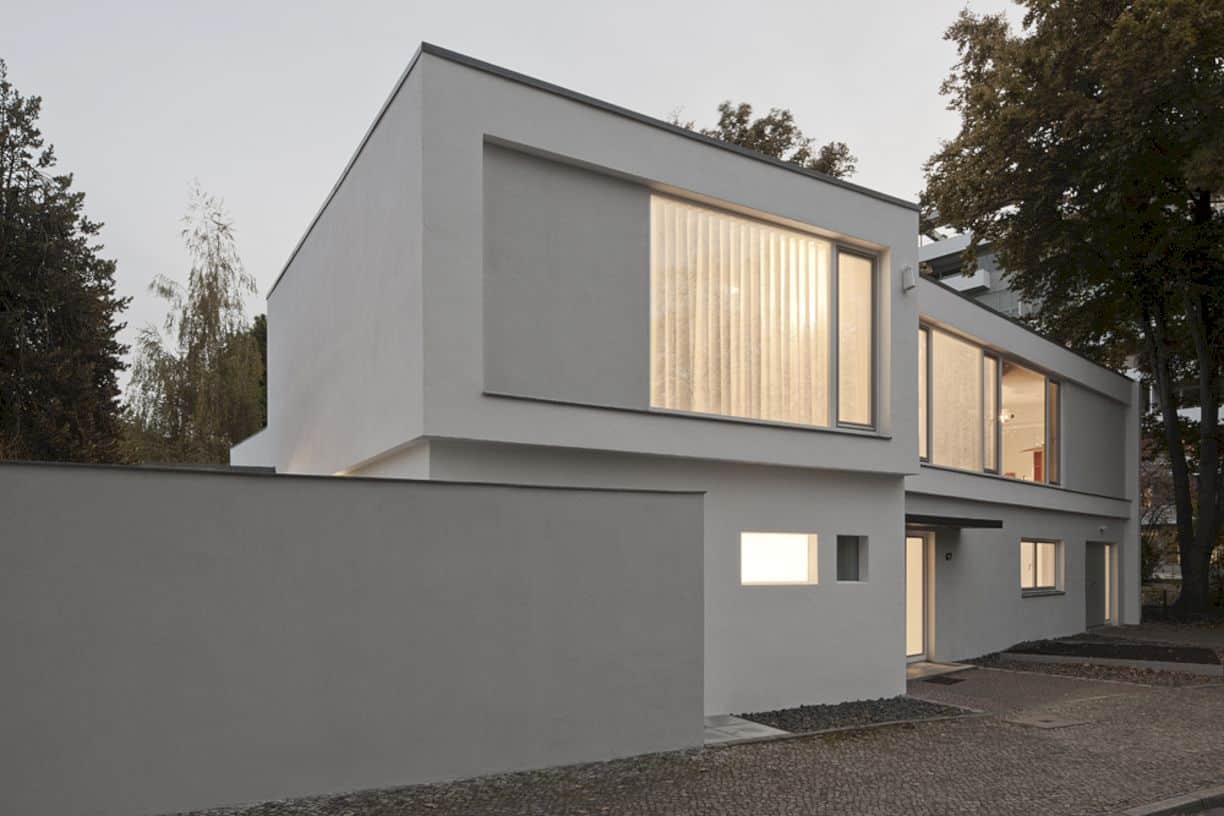 The new owners, a young family with two children, commissioned IFUB* to handle the project. Working out the perception of the original and remodeling became the design principle of the new measures. 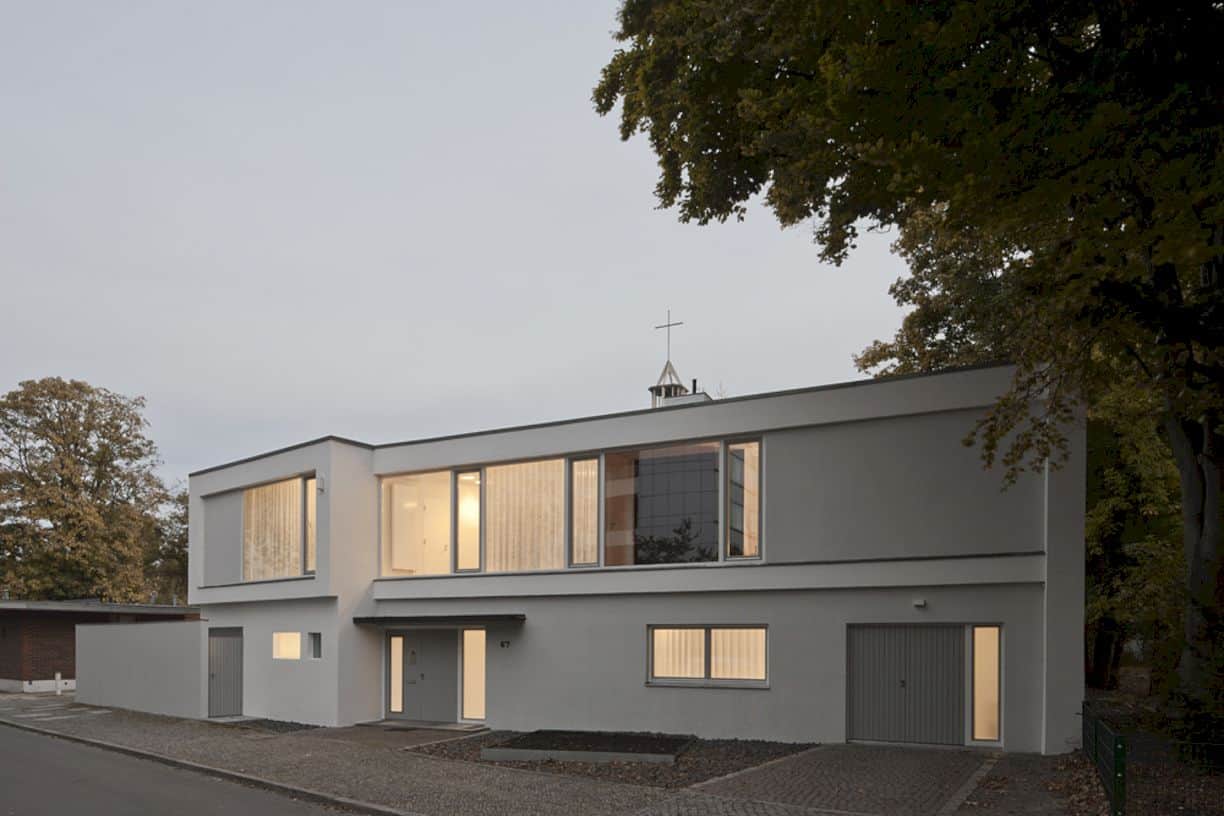 For this purpose, a large part of the subsequent interventions was dismantled, so that during the construction work an unfinished building was seen, which was very similar to that of 1958/1959. 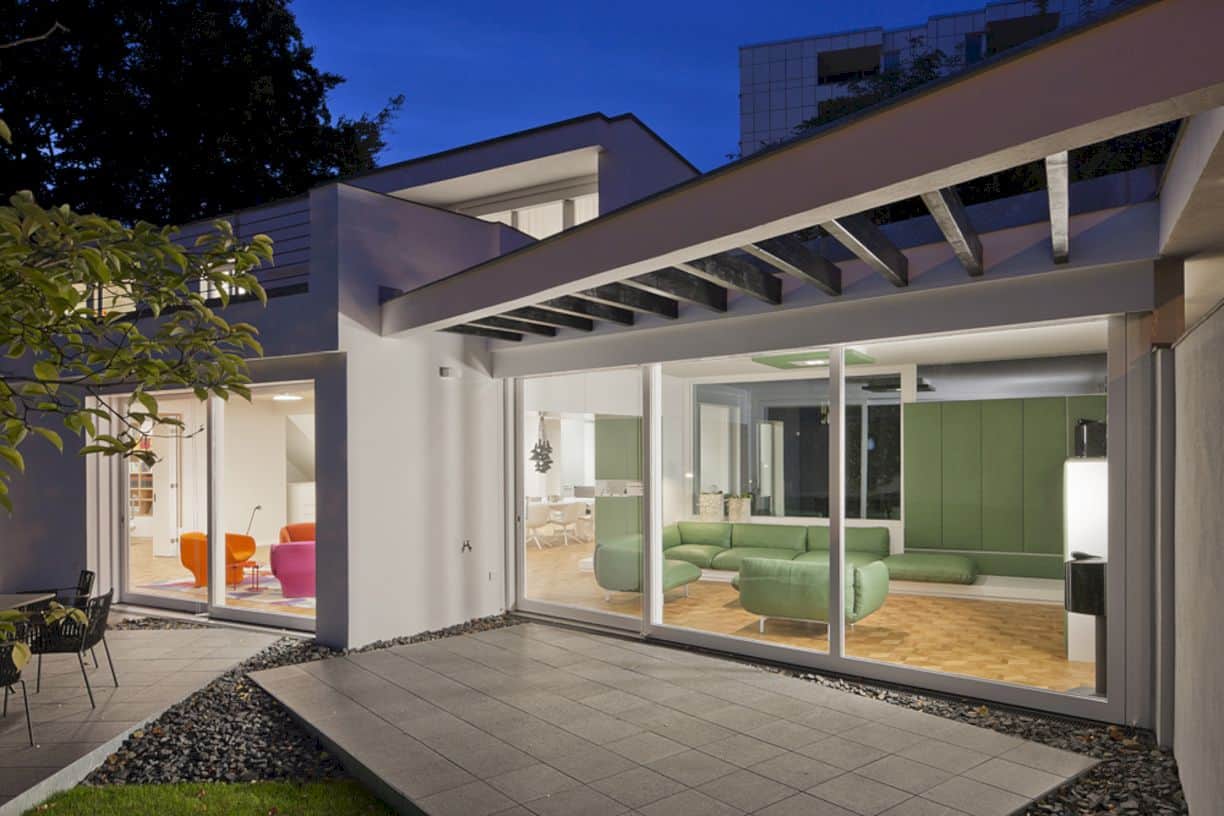 The rescheduling required a contemporary interior concept that is characterized by new materials and shapes that refer to the 1950s and 1960s. The interior design of the floor plan is made subtly readable. 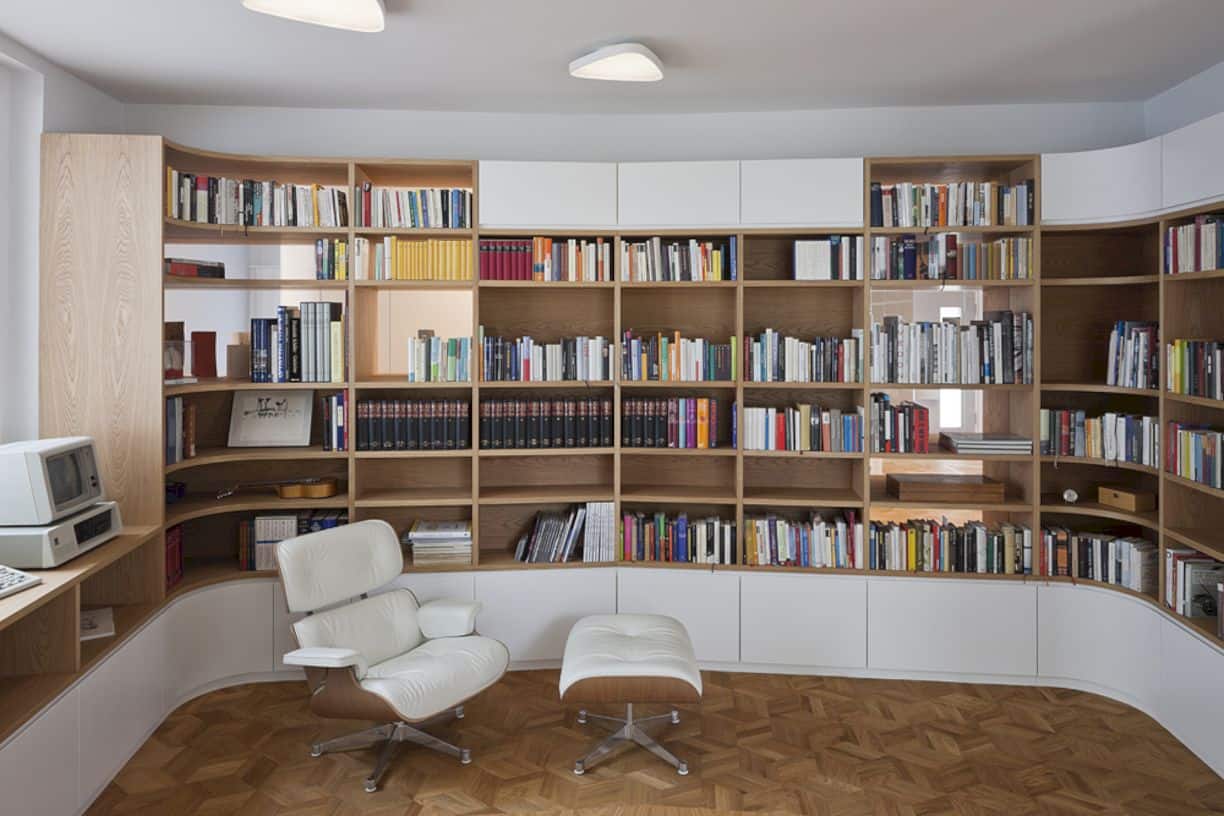 The facade facing the street, pergola, and light strips are opened again, making the house lighter and more permeable, as was the original idea behind the architecture. The facade will be remodeled in the sense of monument preservation and partially dismantled. 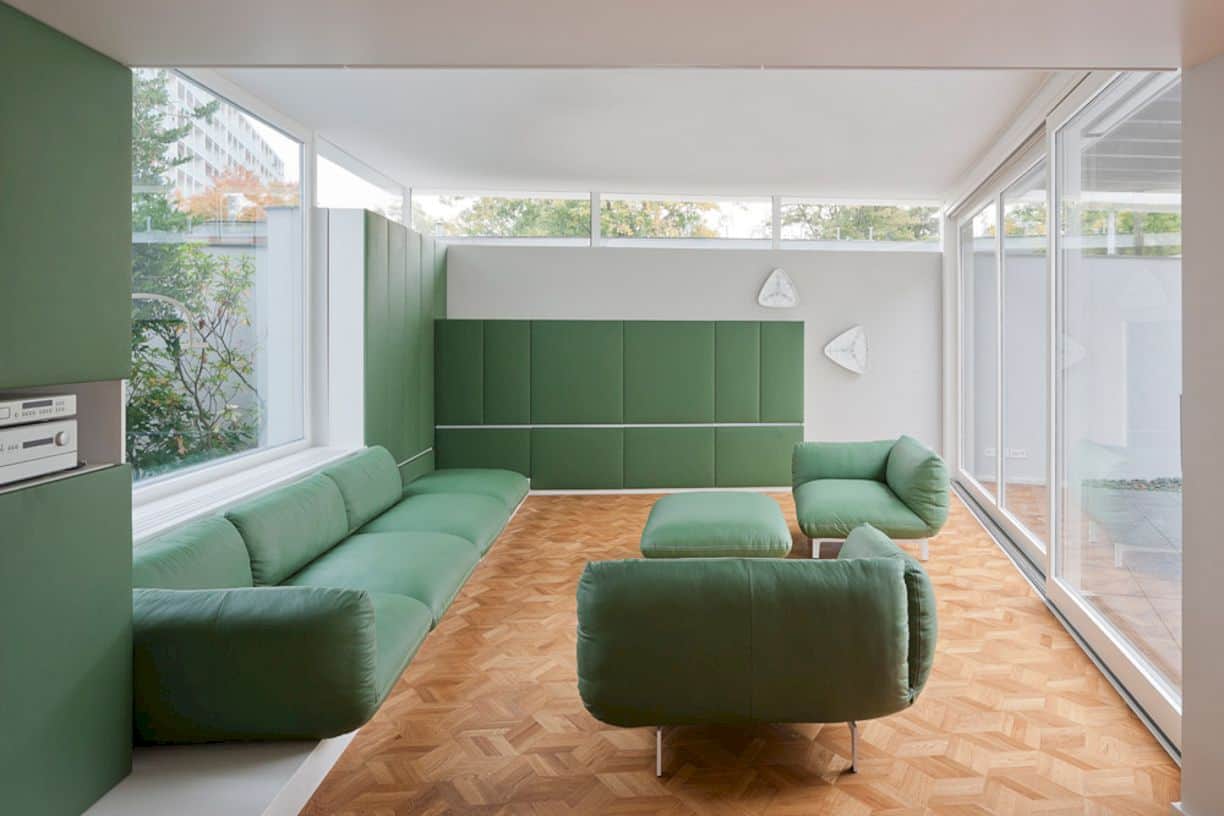 On the ground floor, the central living room is rearranged with three specific rooms for different functions: the library made of oak, the kitchen made of aluminum, and the garden lounge with green leather. 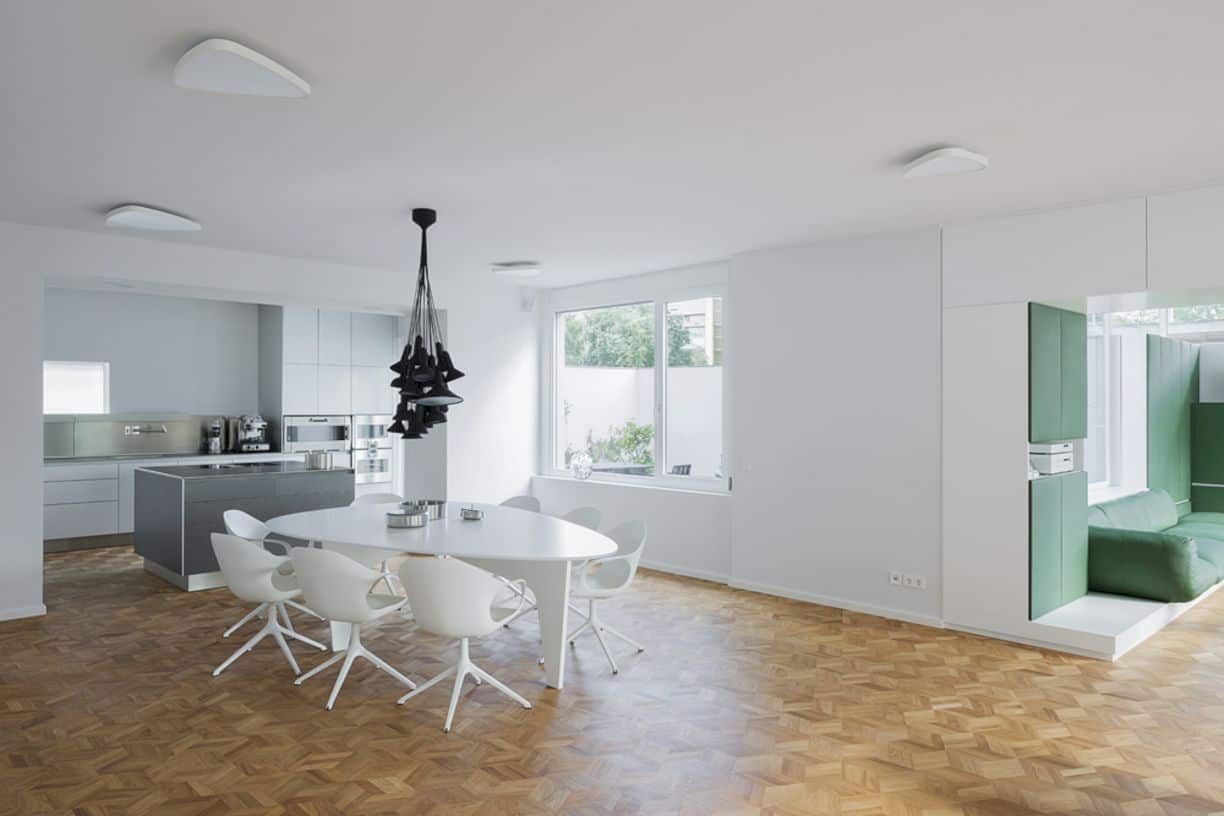 In the center is a multicolored seating area and an amorphously shaped dining table. 3 objects are placed on the upper floor, which house bathrooms and dressing rooms. They are clad with different types of structured linoleum. 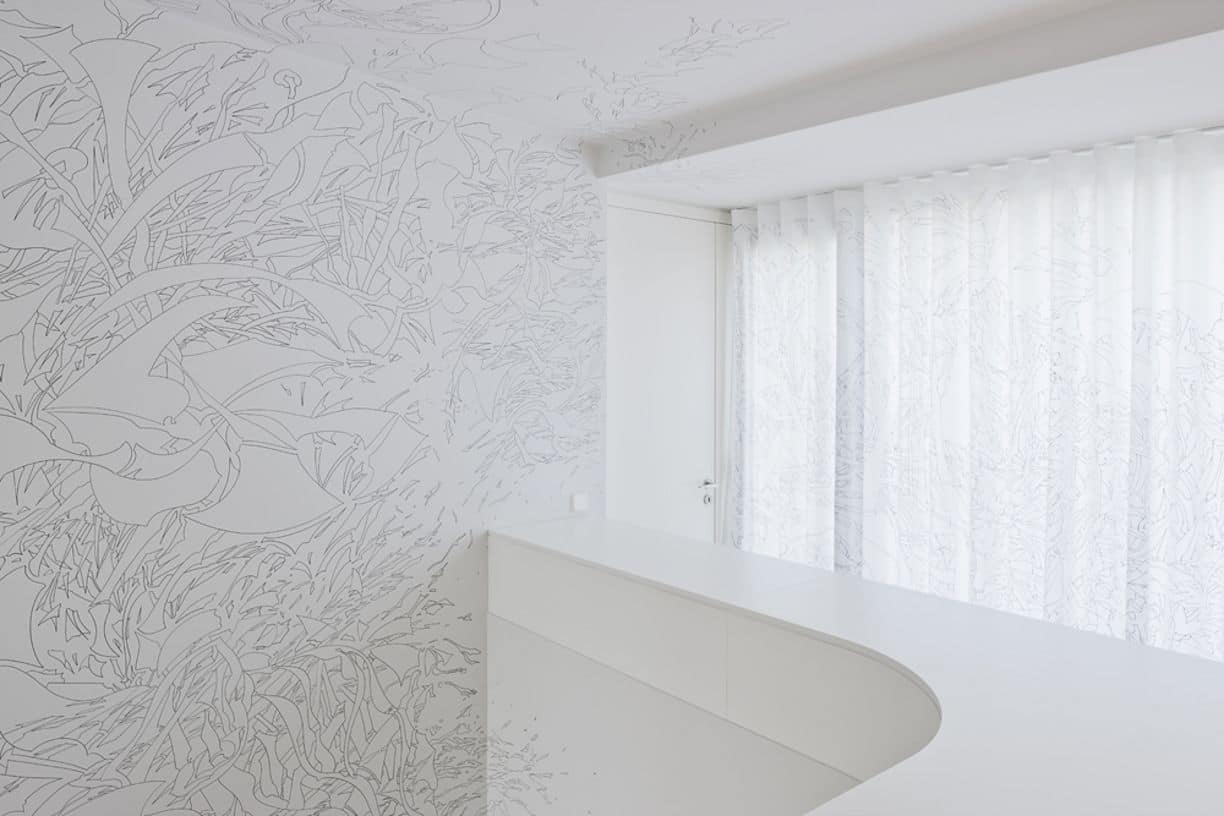 The central staircase becomes part of the objects and leads the visitor vertically through the house. The staircase was designed with works of art designed by Maria Hinze and Maik Teriete. 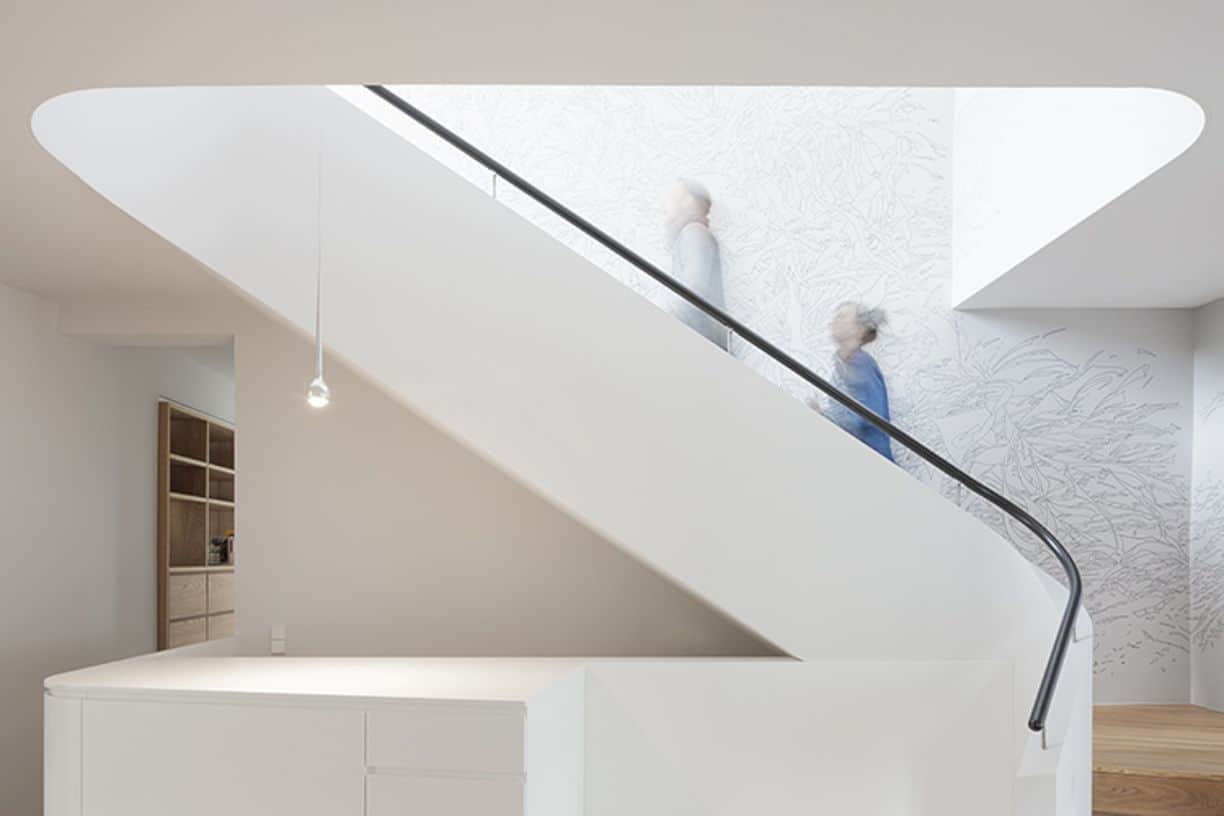 The wall painting by Maria Hinze is continued from the wall on the textiles and is visible from the outside on the curtains. The remodeling and design concept is a careful, subtly narrative but also contemporary design for exciting interiors and exteriors.