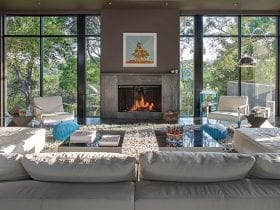 Located in Germany with 2146 sqm in size, the Ludwig-Hoffmann-Grundschule develops its learning and living worlds around a courtyard. Ludwig Hoffmann Primary School is used as an overarching communal classroom in addition to the break area, designed by AFF Architekten. The differentiated modeling of the building meets the brick facade, creating a unique primary school building design. 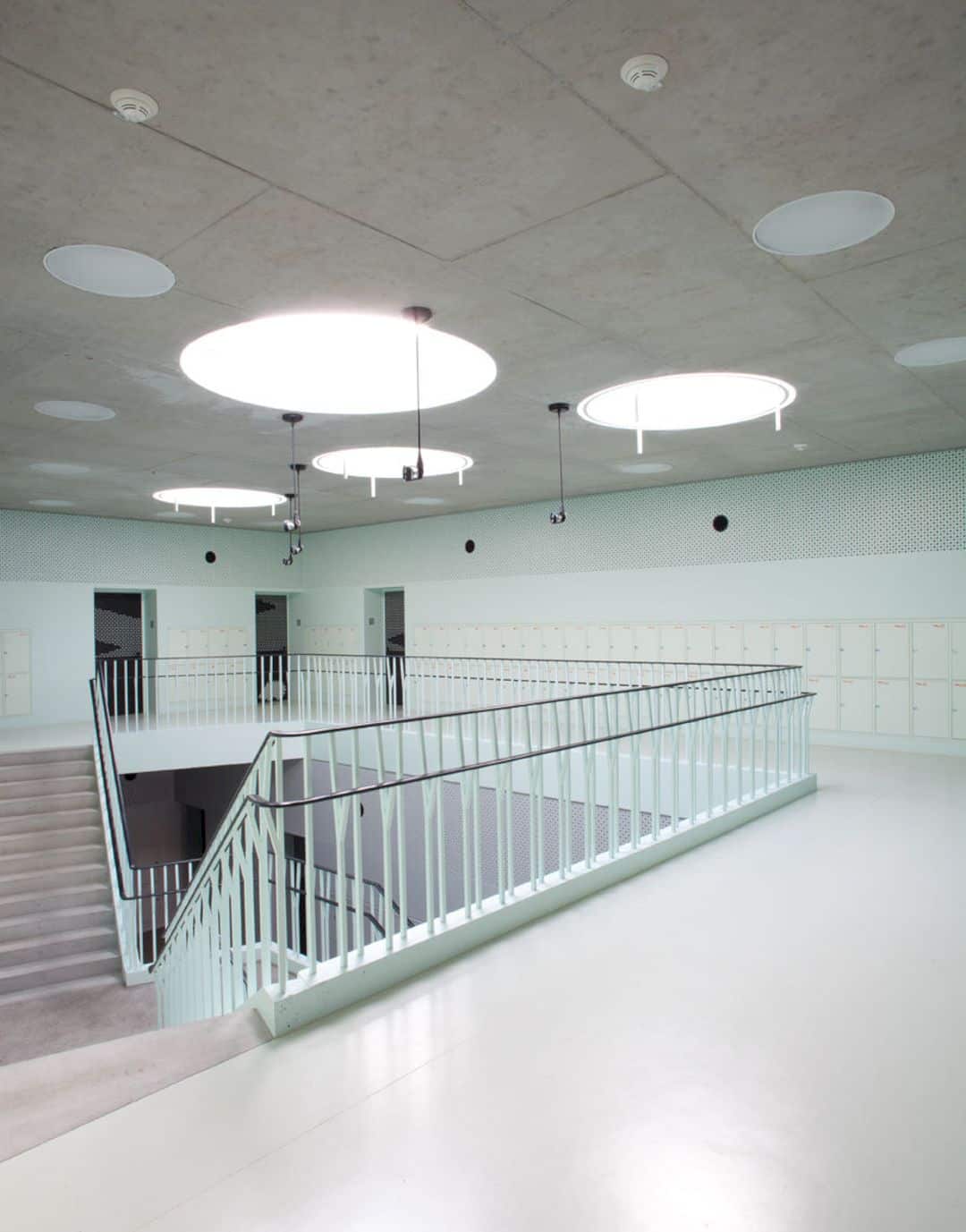 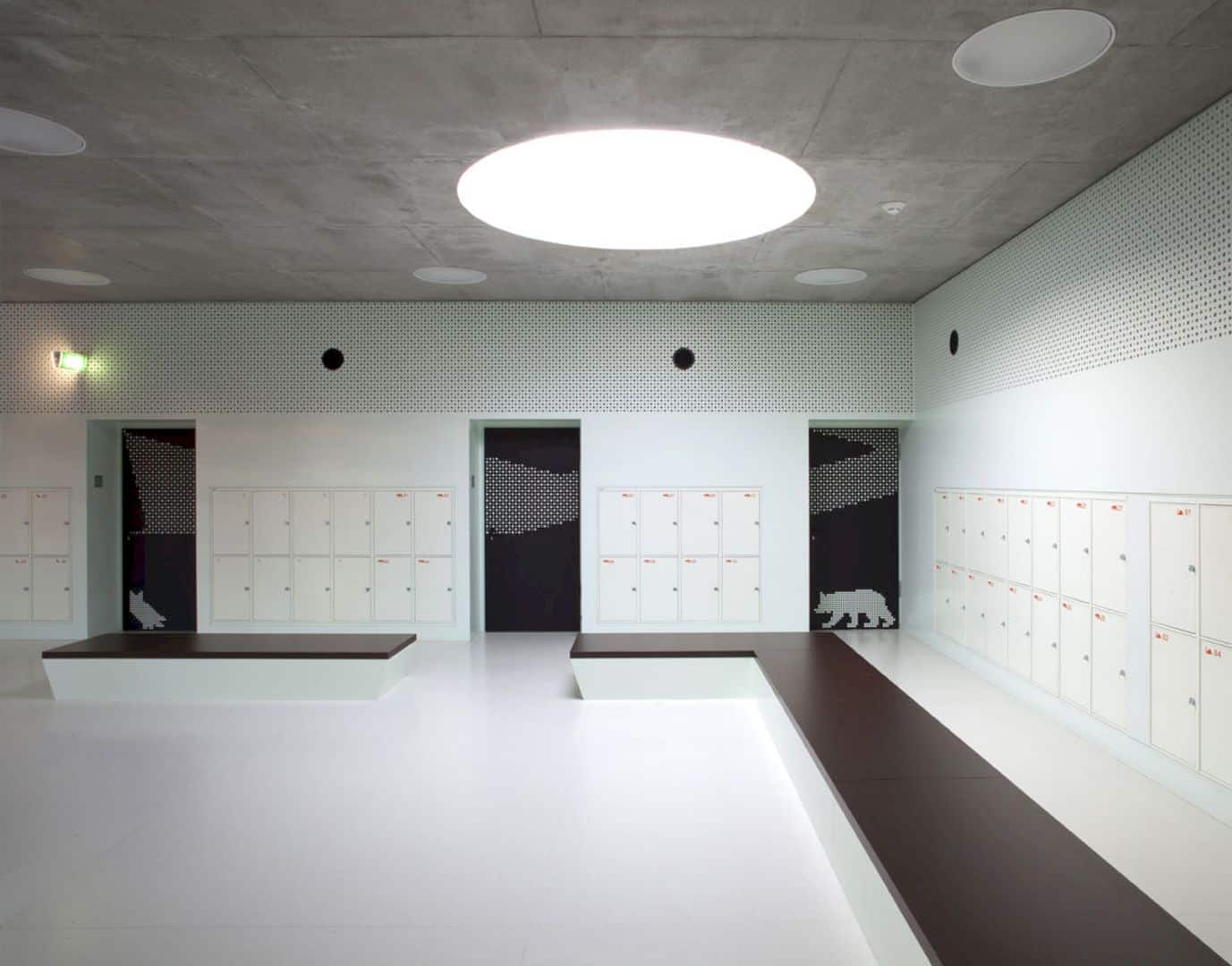 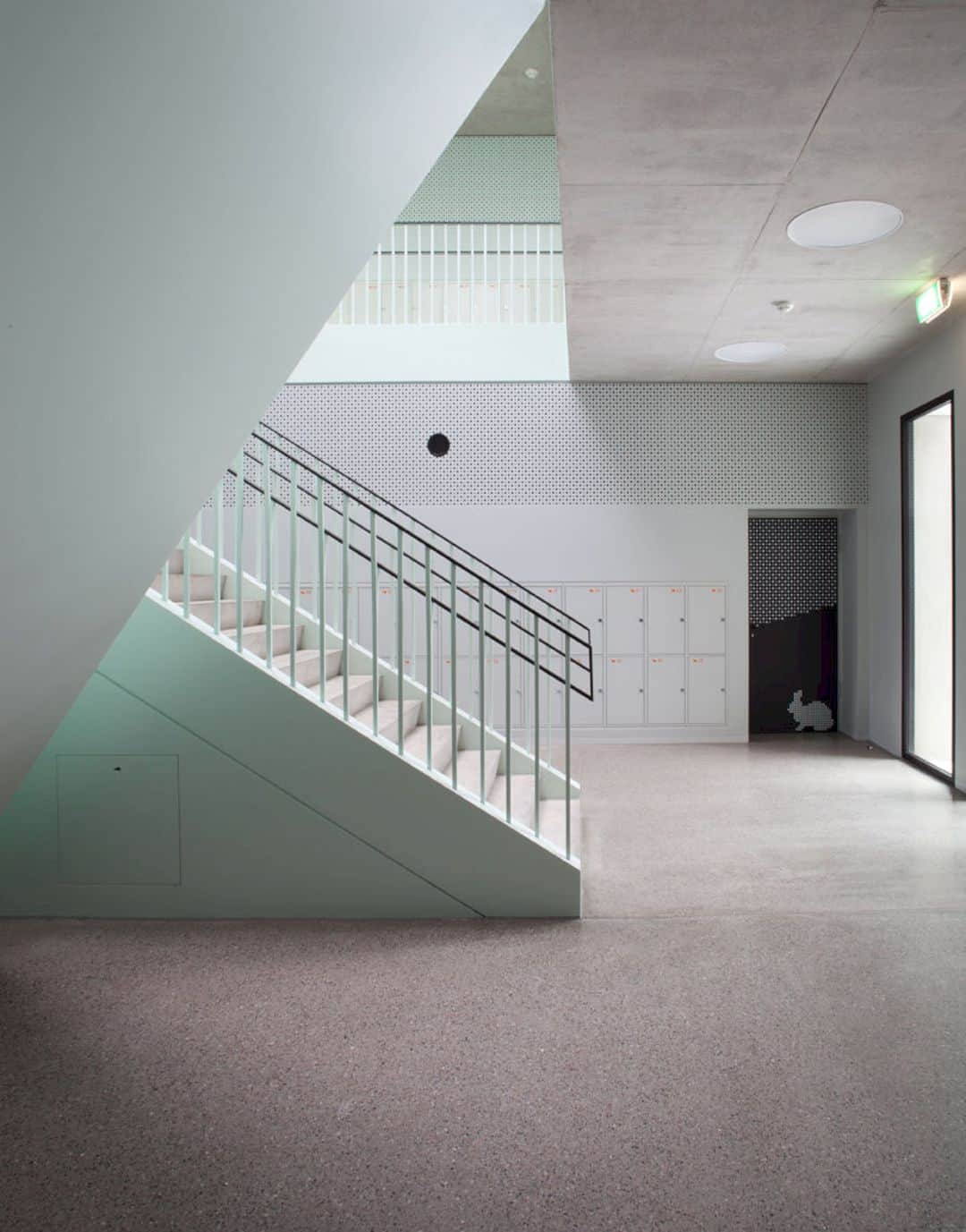 The differentiated modeling of the building in this project has projections and recesses, including the changing dominance of the attic and the different connections to the school grounds are also responded. The architect also attaches importance in terms of the internal structure to expand the corridor into communication zones. 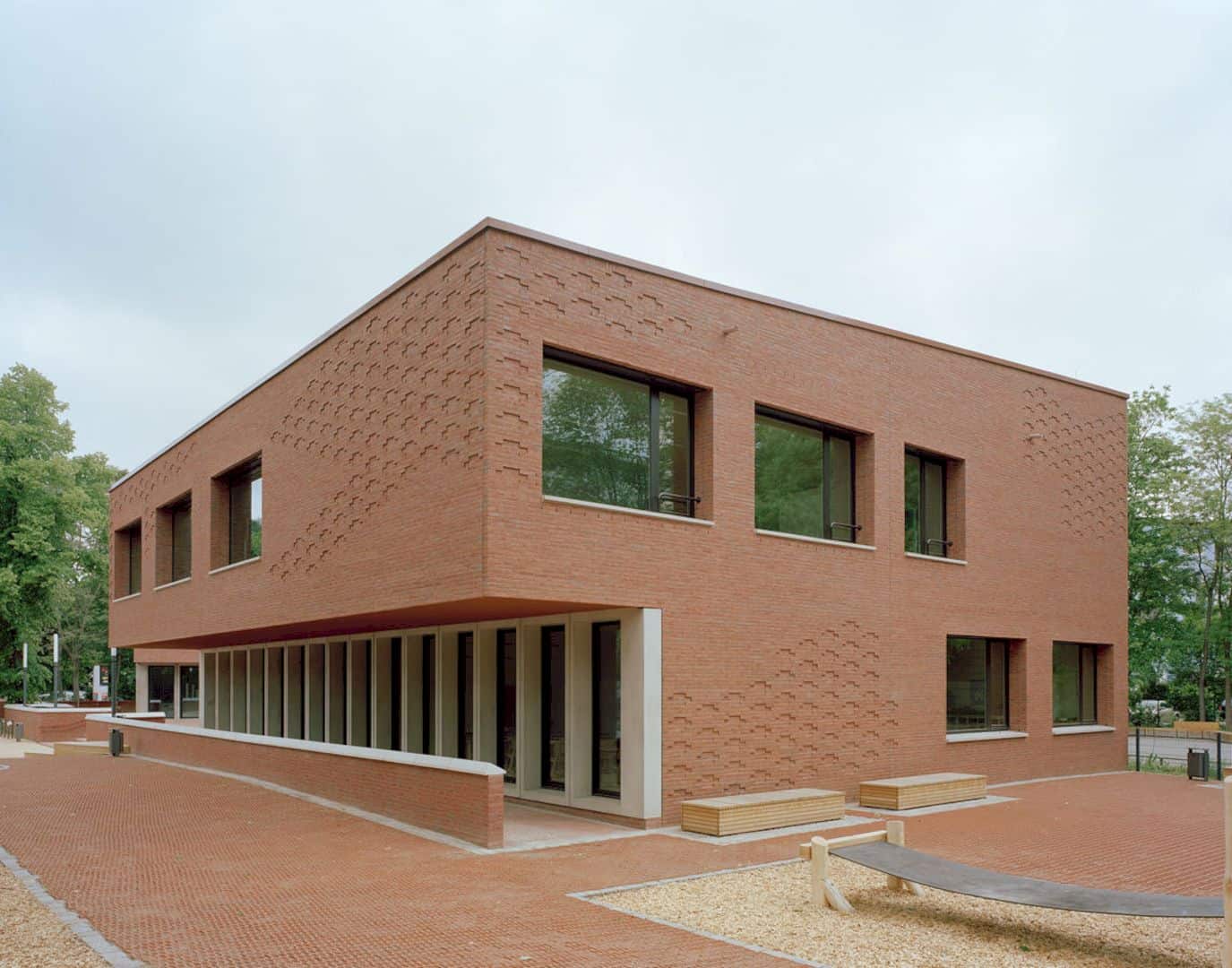 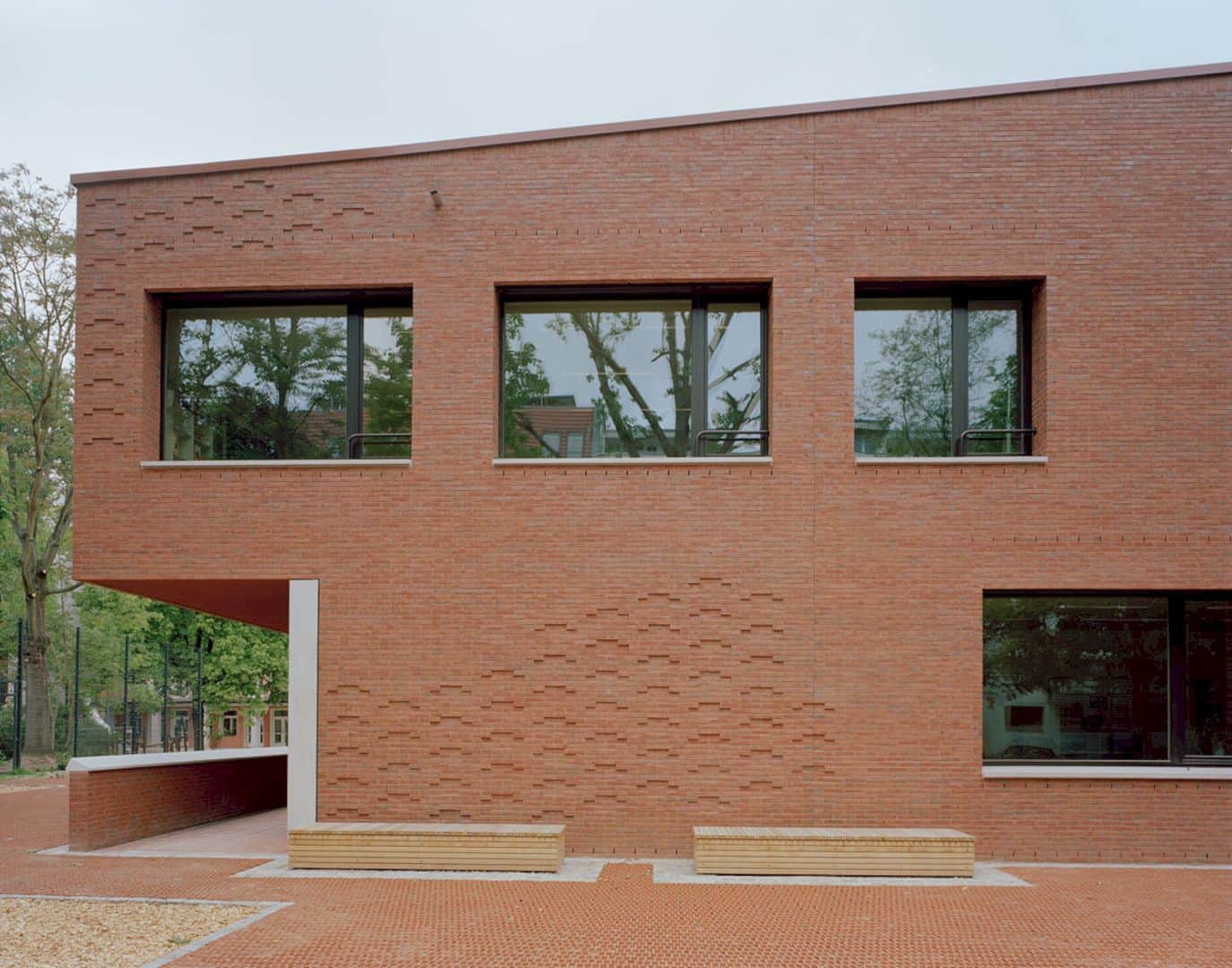 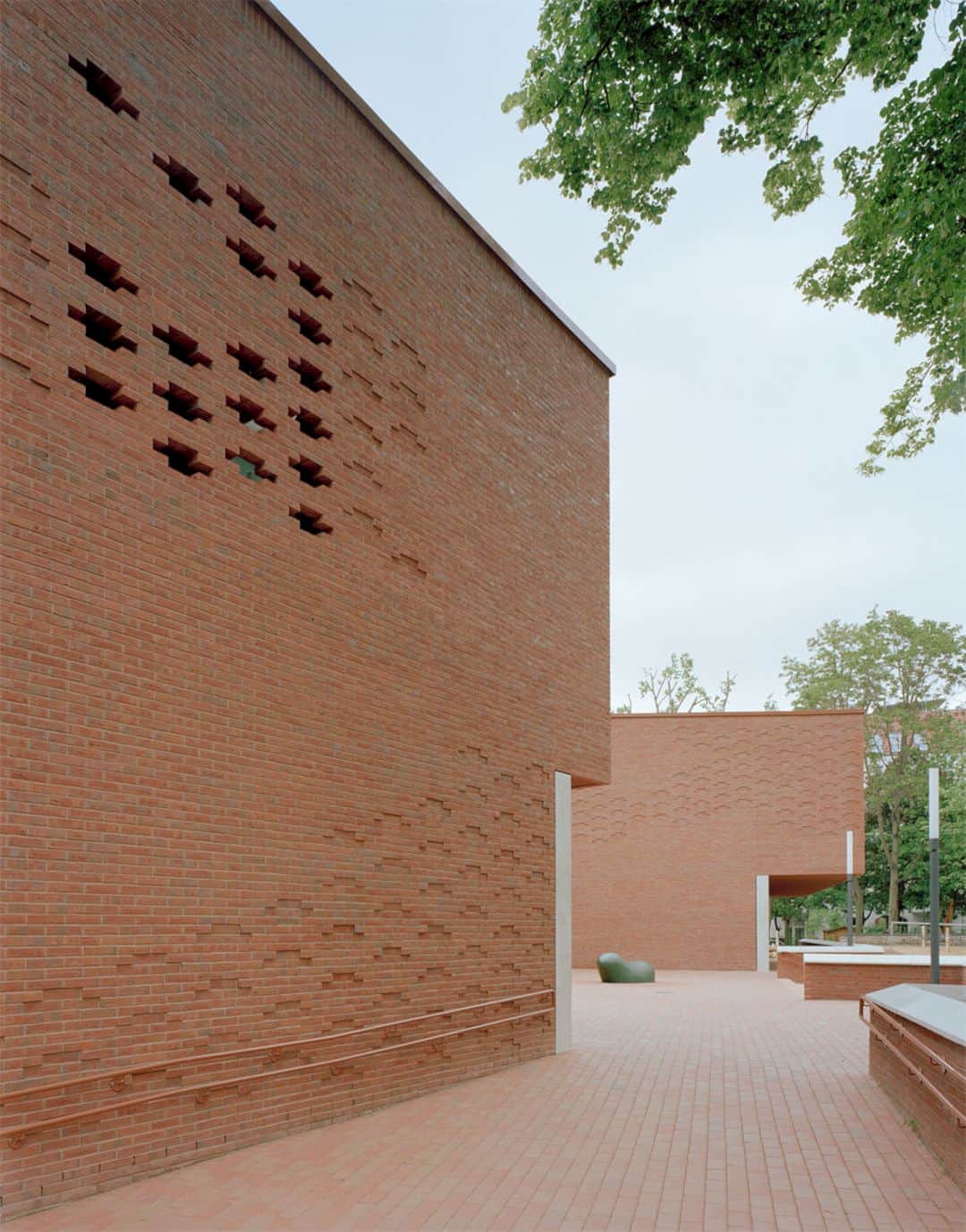 With the use of the brick facade, the extension building cities the building material of the existing building and also located it today at the same time. The building also can have a presence that a public building should use today thanks to the red clinker brick. This brick brings a strong highlight to the entire appearance of the building. 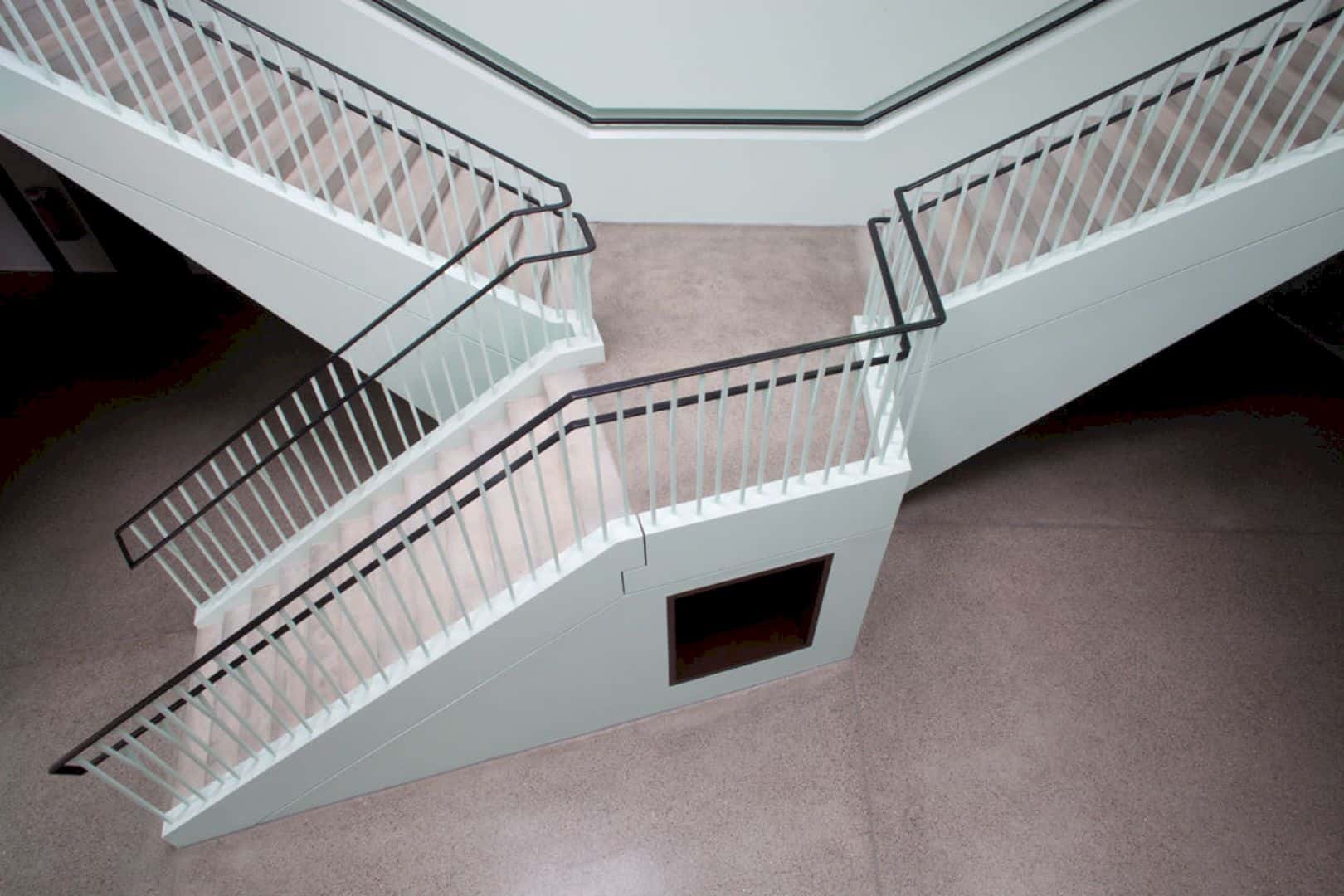 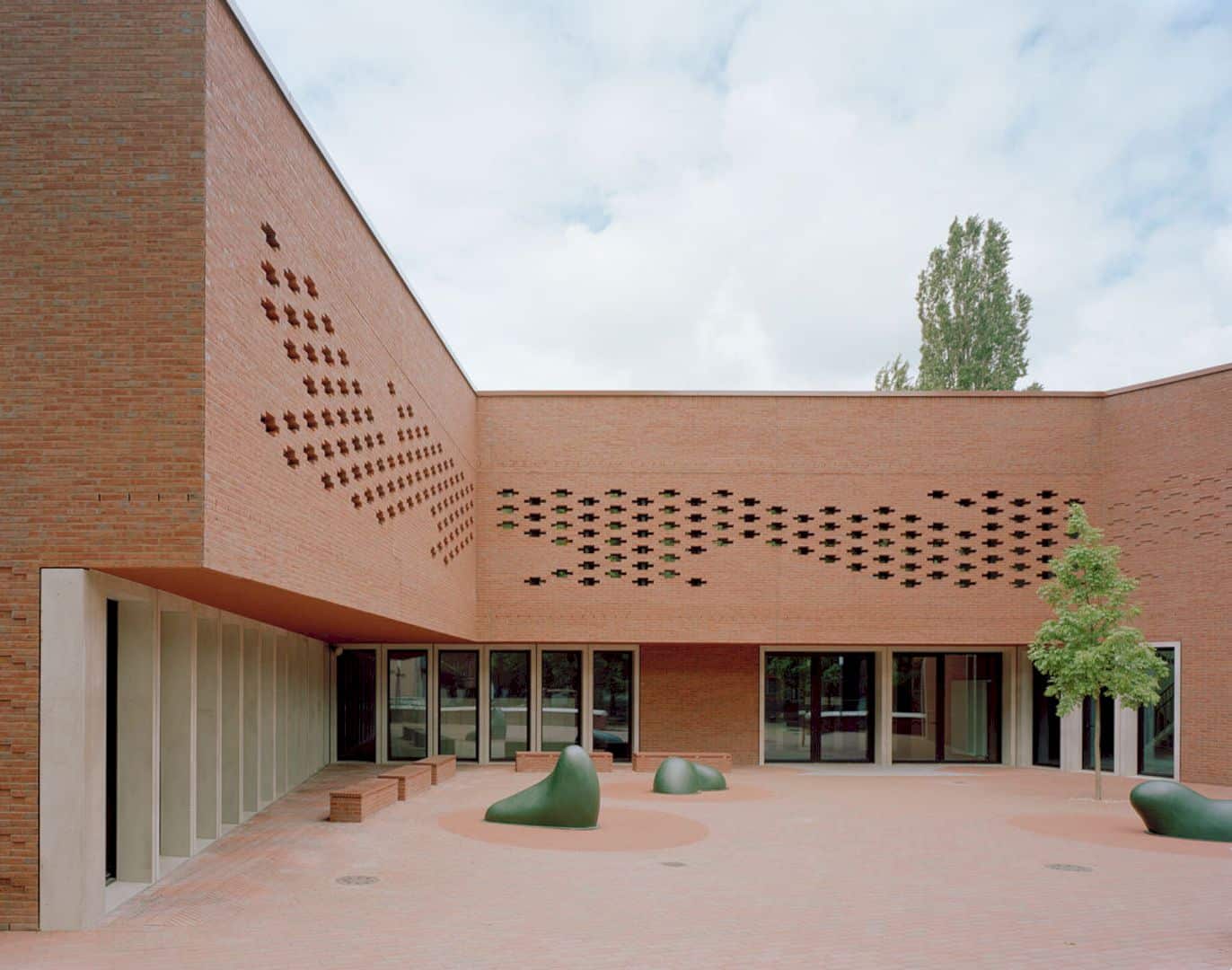 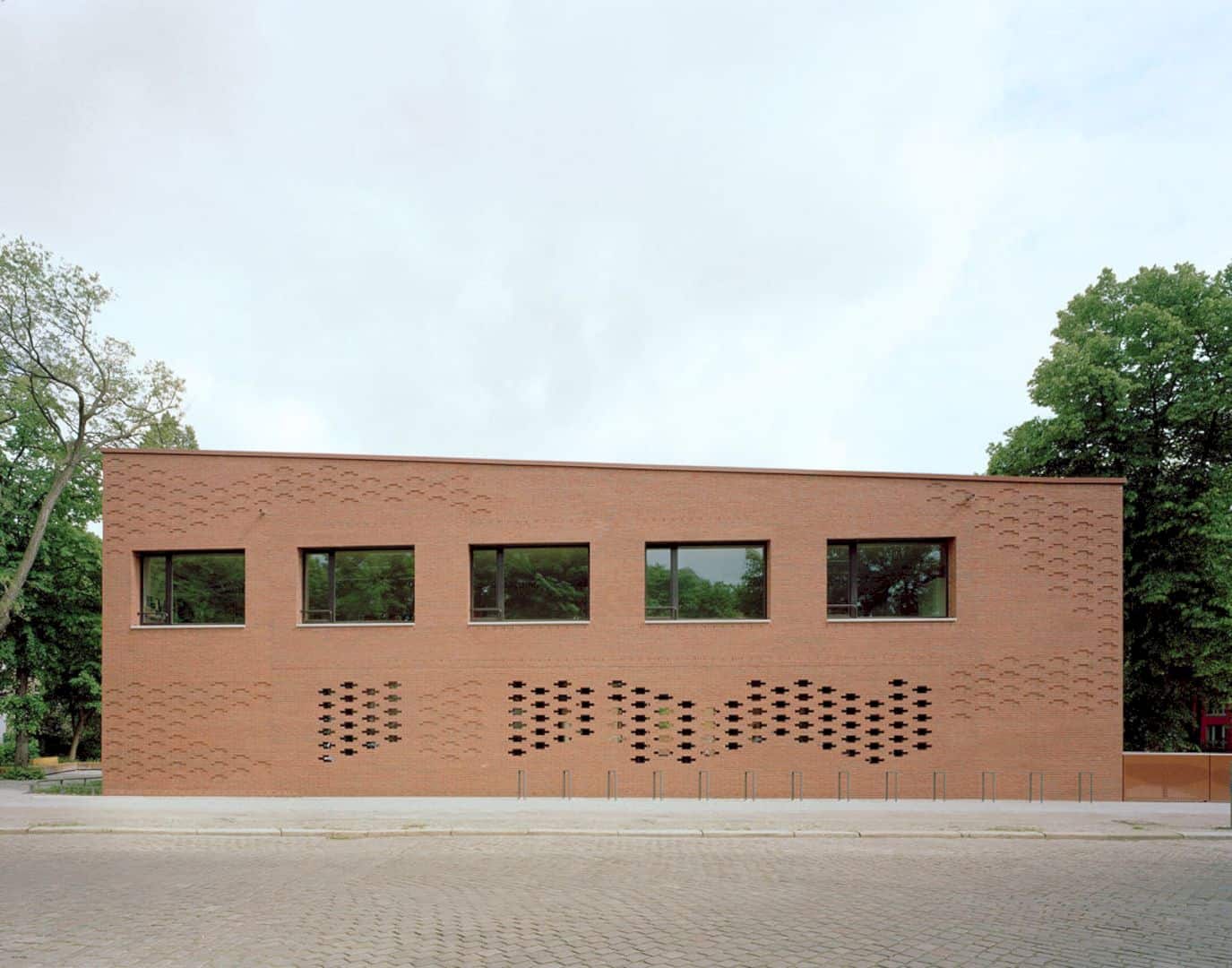 The intention to further develop the building material is followed by the ability to create an independent texture from the modular and also to structure the building facade with it. This intention is a crossover between image and text into a poetic component. 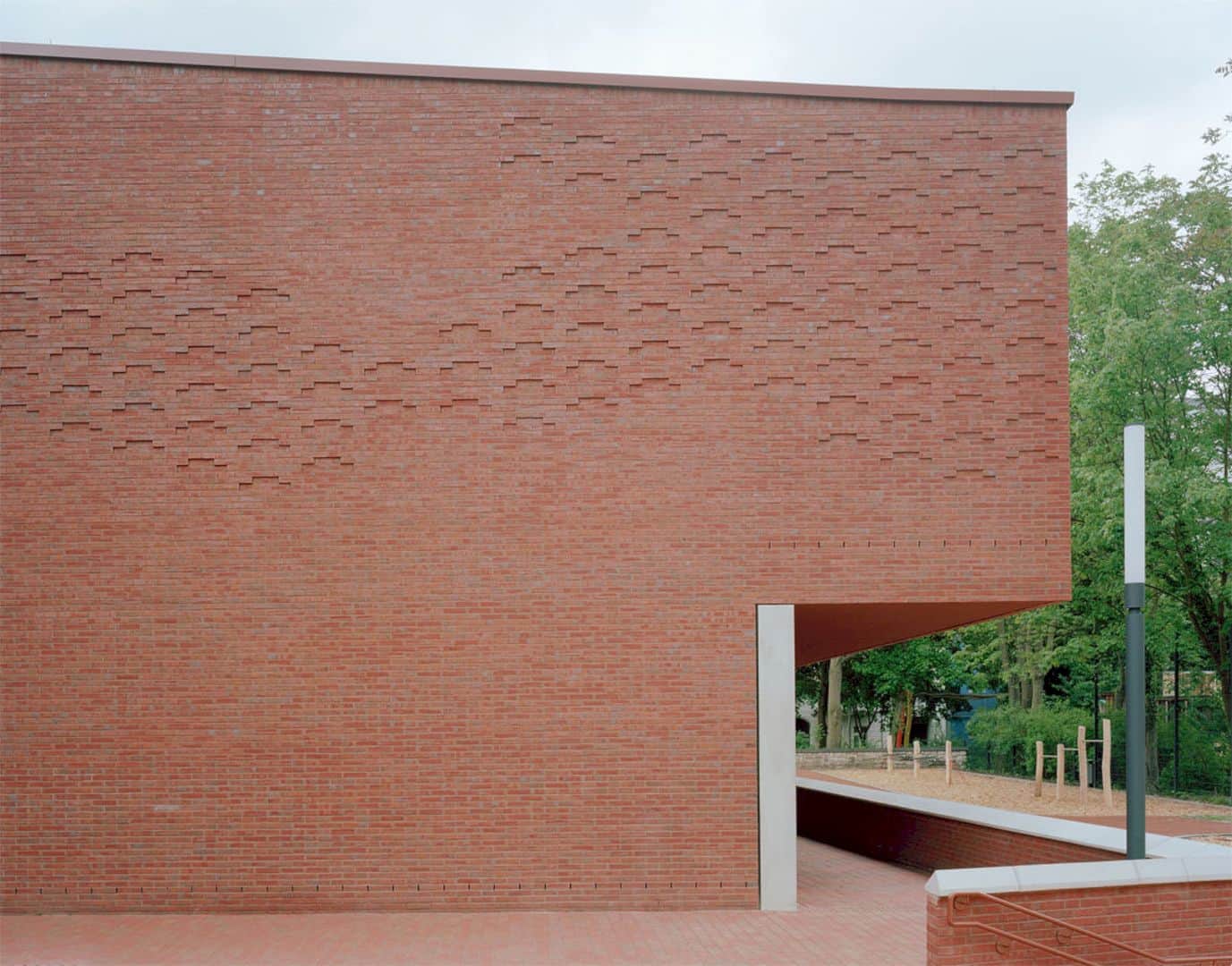 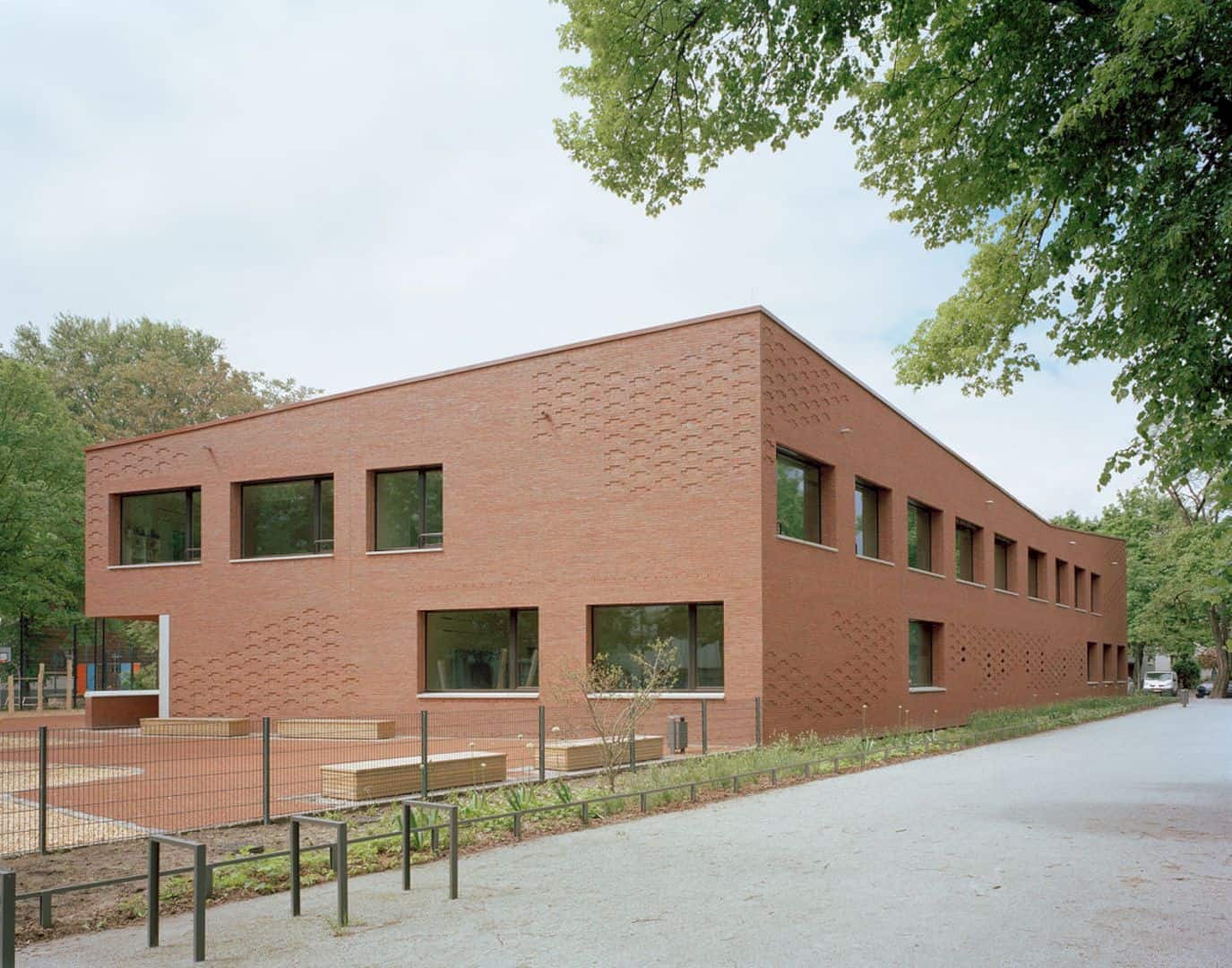 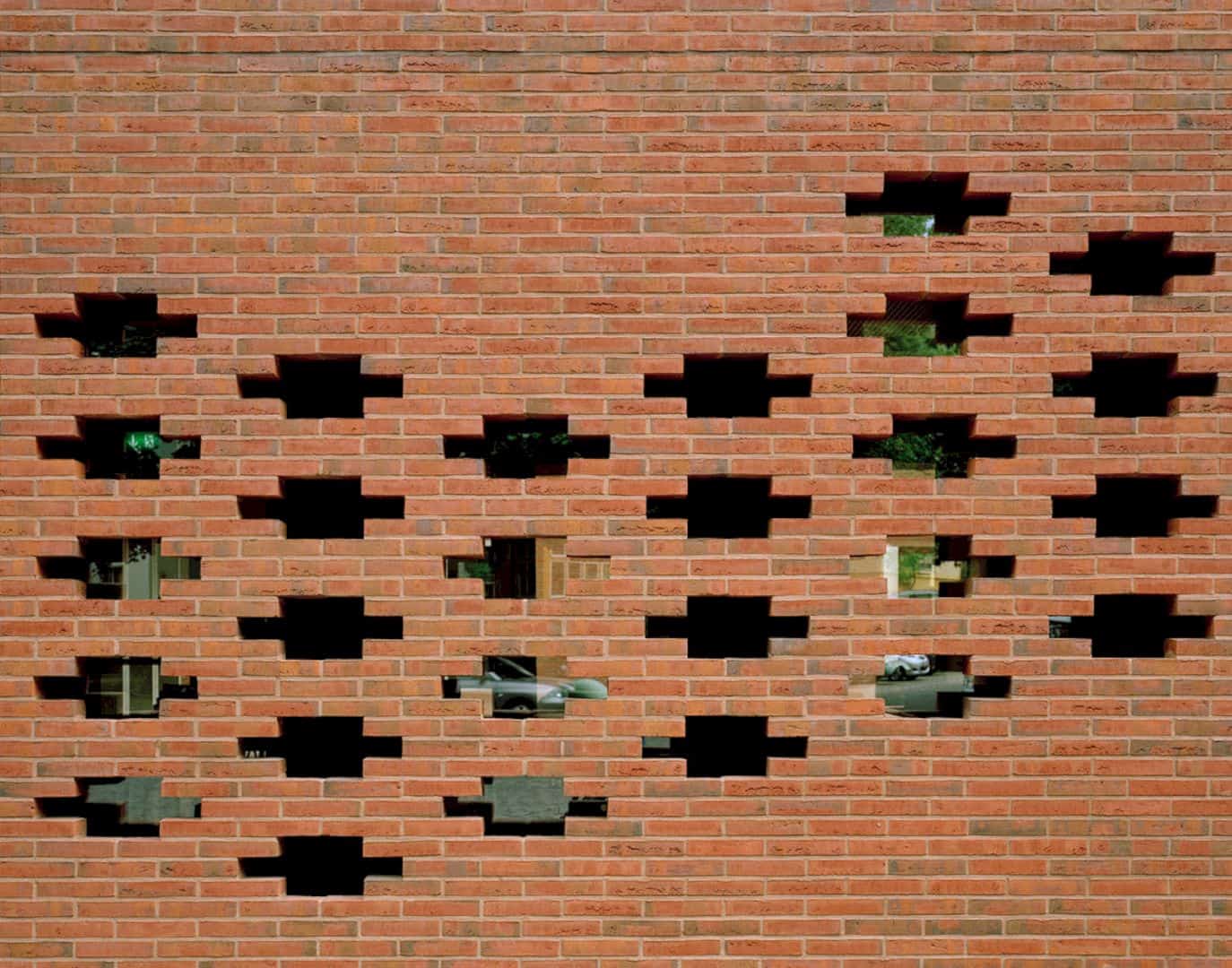 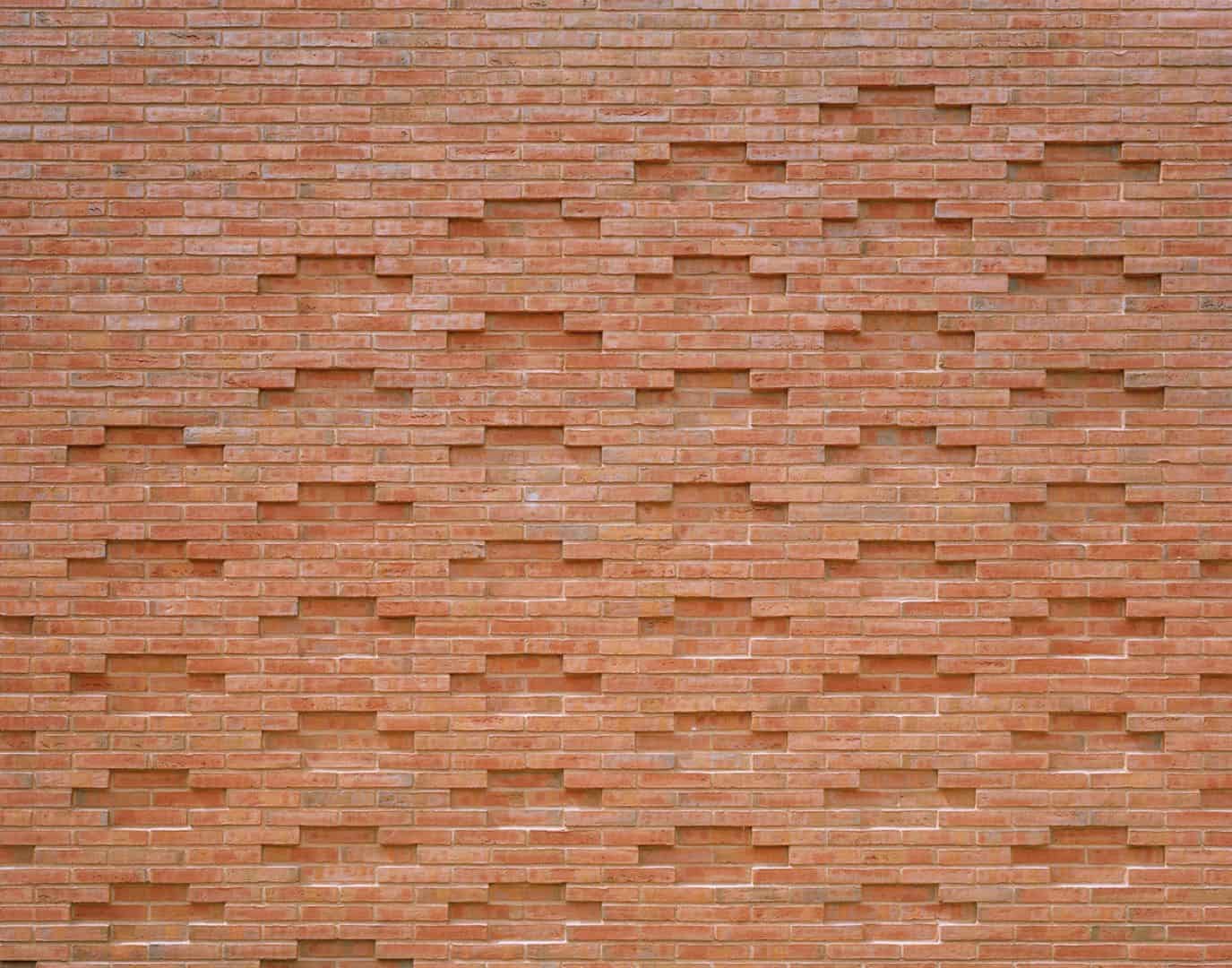 The clinker construction craft is used consciously while the brick walls can highlight the variance of wall opening ratios up to the surface transparency. The clinker texture has a shadow play which is in dialogue with the shadow play of the treetops around the area.