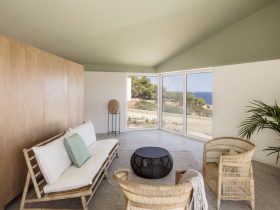 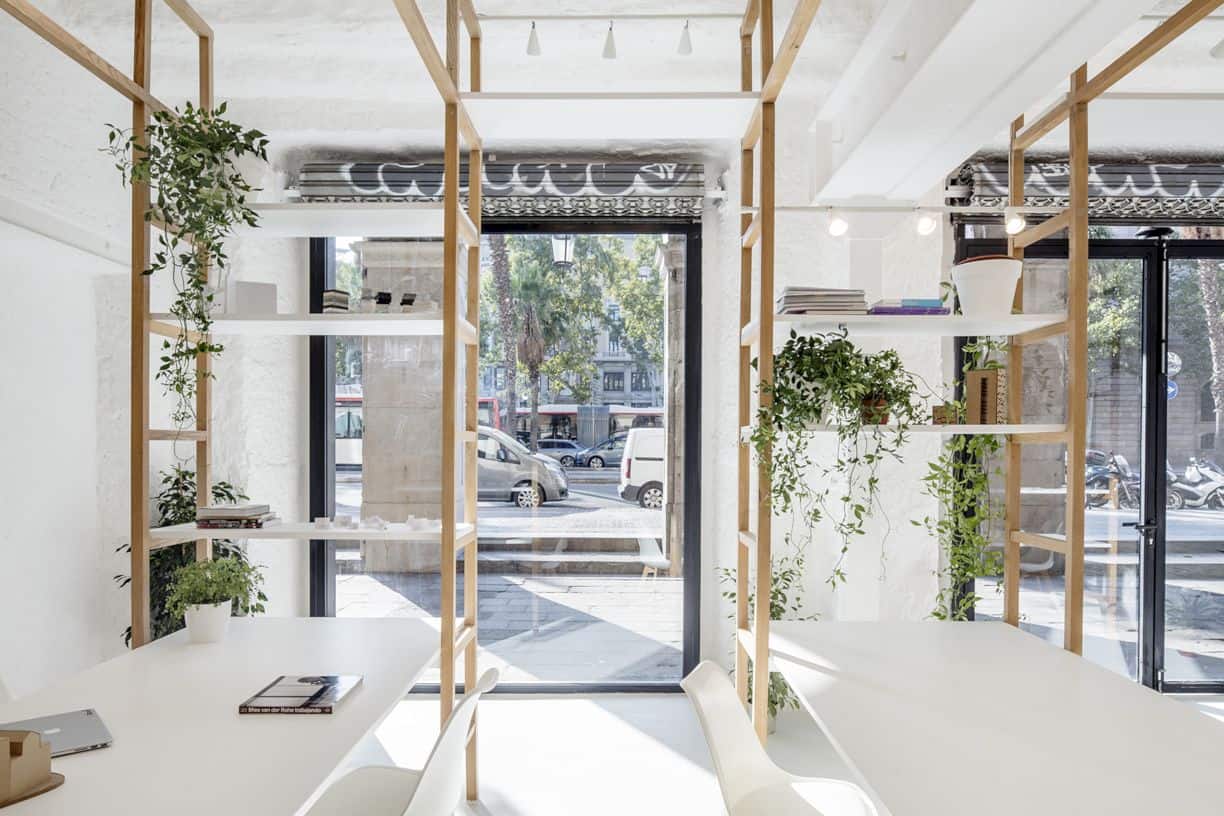 The main idea on the project was to make an environment where the old engineering style underscored another geometrical blend of nature and man. 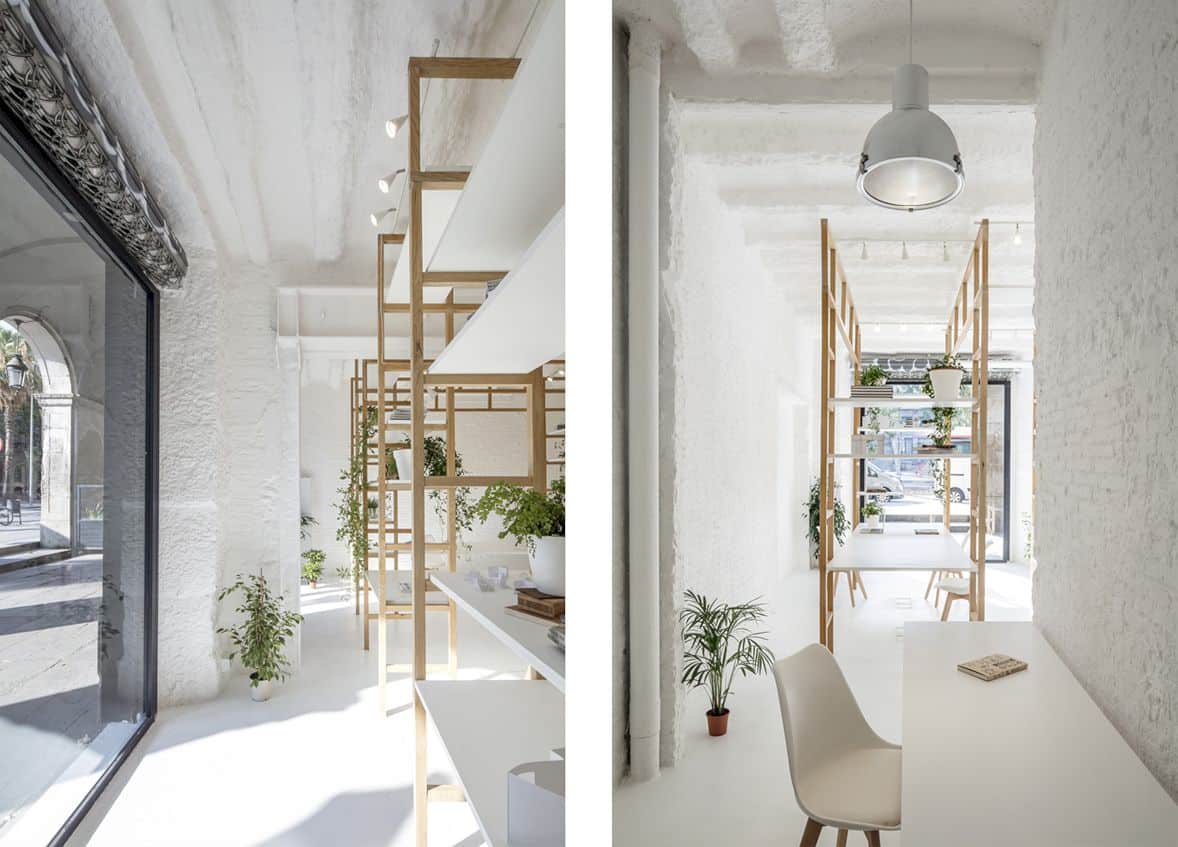 The main objective was to re-establish the legacy of existing engineering through a few plans for uncovering materiality. The mortar was stripped off to show the stone and old block wall, and the suspended roof was expelled to show the flame-resistant wooden pillars. 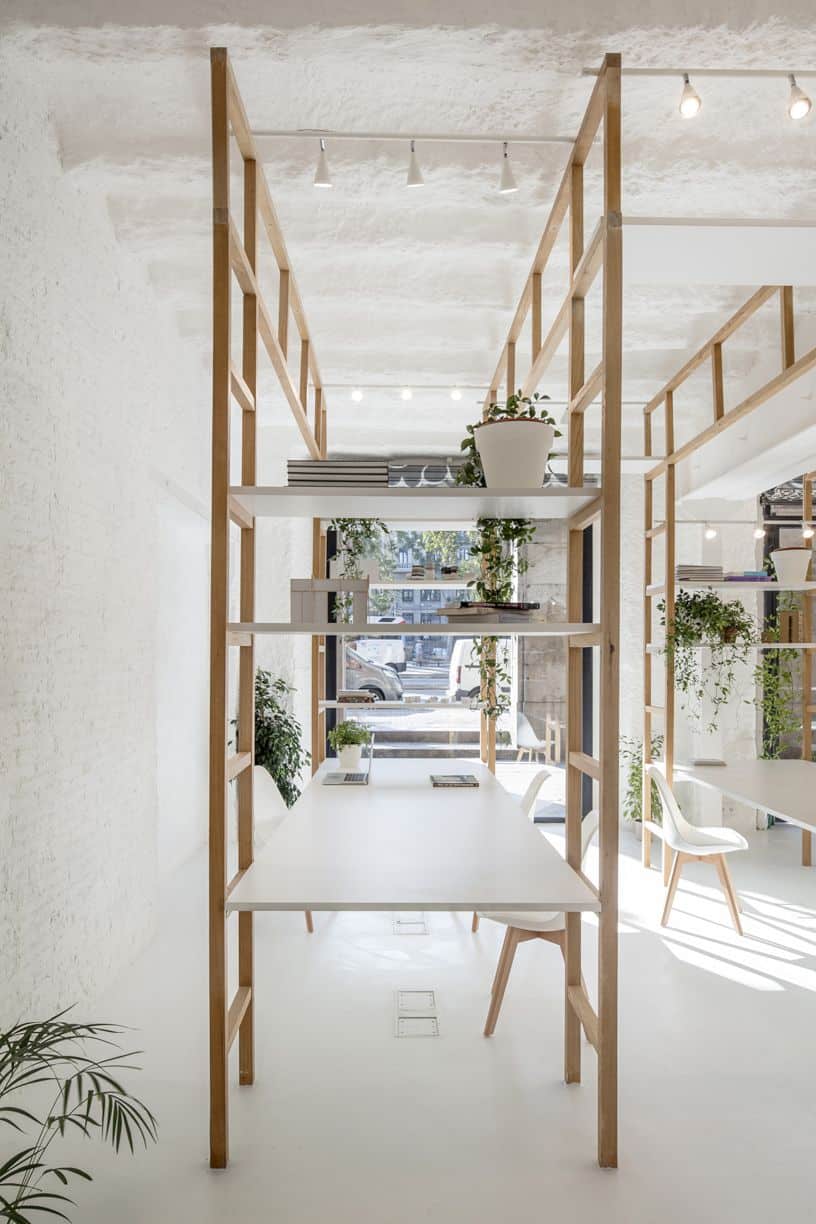 The existing walls, high ceilings, and new continuous floors were painted white and unified the texture of the material. The combination is perfectly translating the main principle idea behind the building. 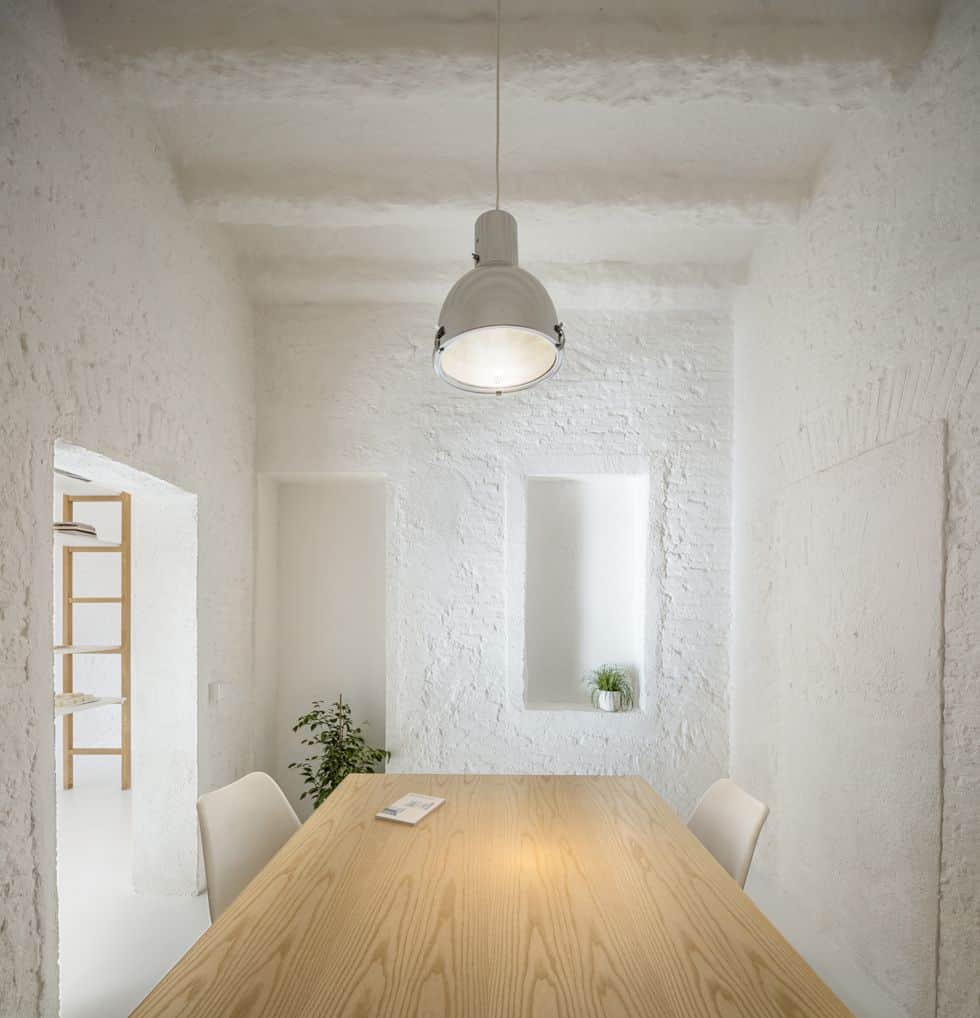 The second design strategy is to devise a new sculptural system inspired by the Japanese traditional cultural symbol Torii, which is the gateway and symbol of the transition from worldly to sacred. 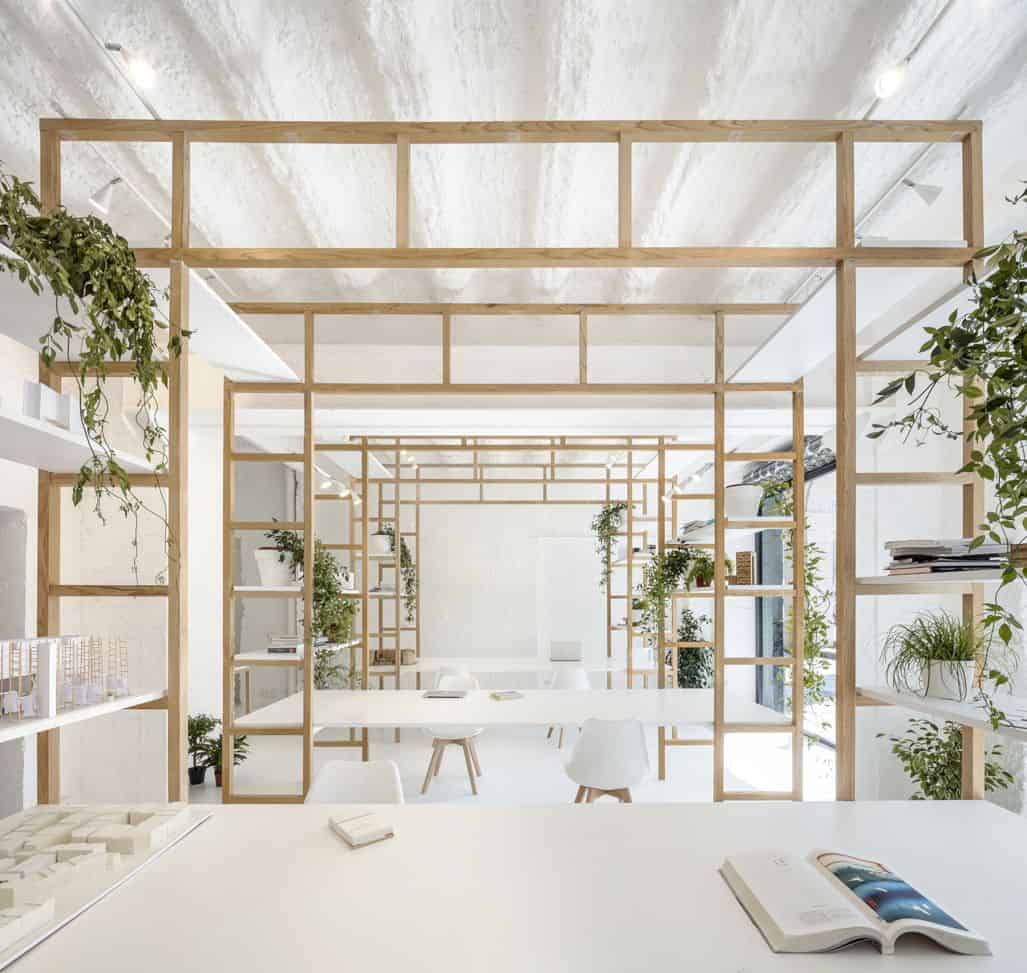 The combination of this component is rehashed to fabricate a structure that exists between the theoretical idea and cement, making a self-supporting structure with an equivocal limit between within and outside. 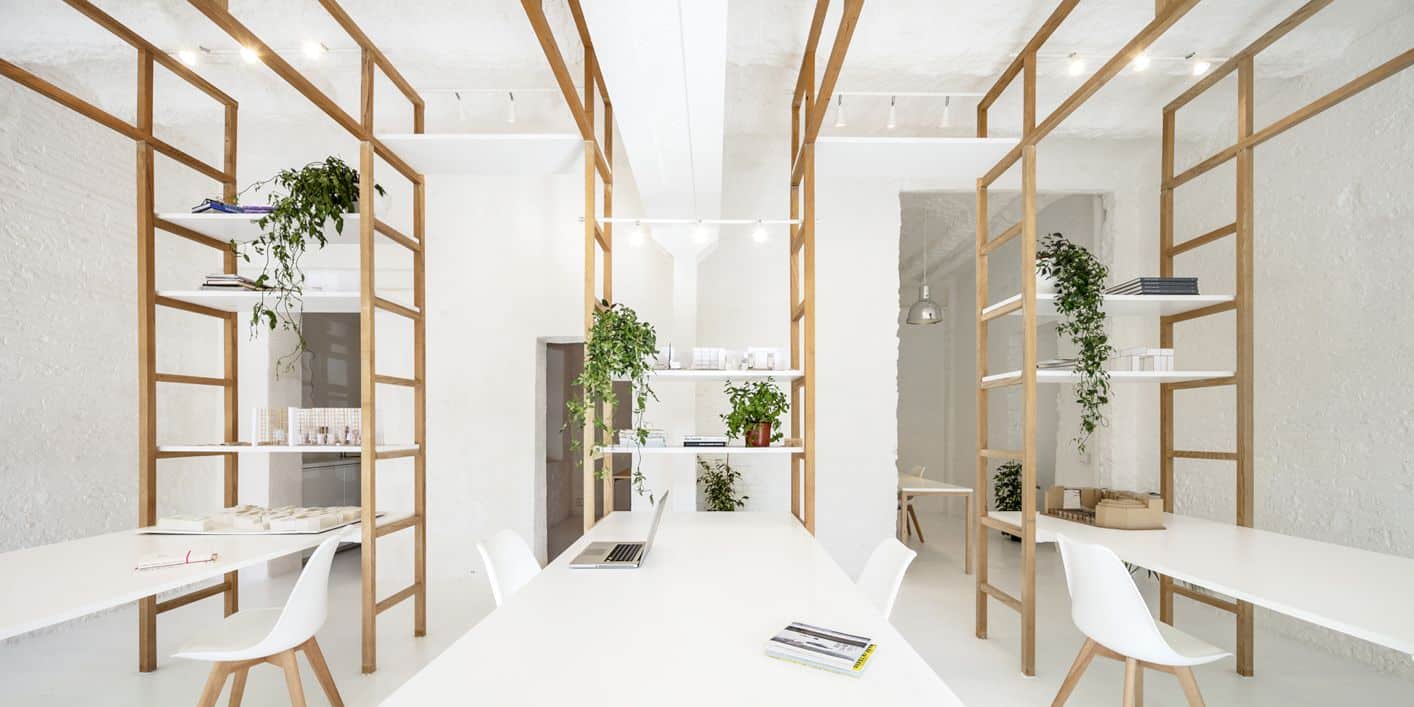 The straightforwardness aspect in the interior adds to the visual profundity of the space and prompts a characteristic and comfy condition, which encourages individuals’ cooperation. 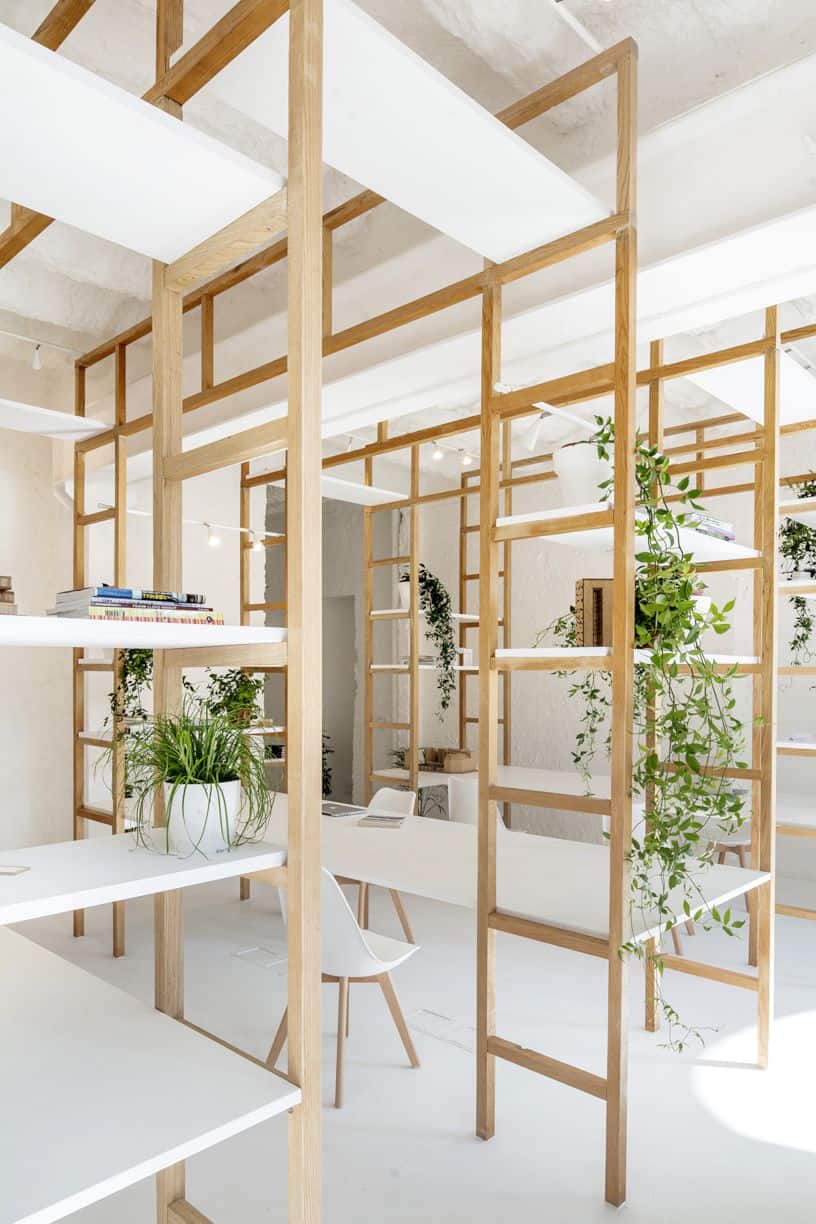 Racks that appear to be set haphazardly at various statures make tasteful dynamism while supporting books, models, and pots. 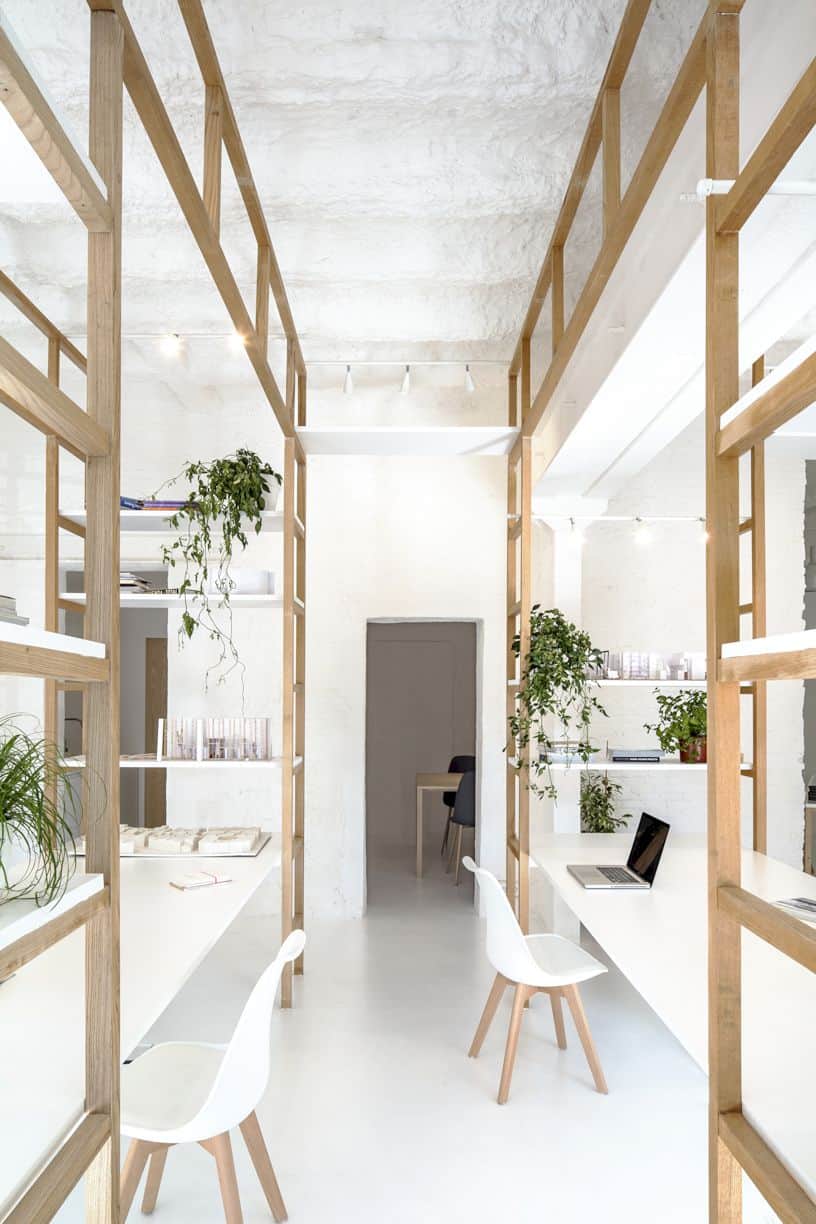 The system offers new design possibilities that allow the owner to modify the layout of tables and shelves and respond to future needs without changing the initial concept of the project.