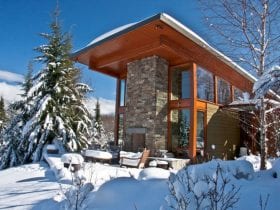 Red Architecture was commissioned to design a home for a site near the city of Hamilton on New Zealand’s North Island under the project Shibui House. It is a quiet, serene place with a number of large mature trees. 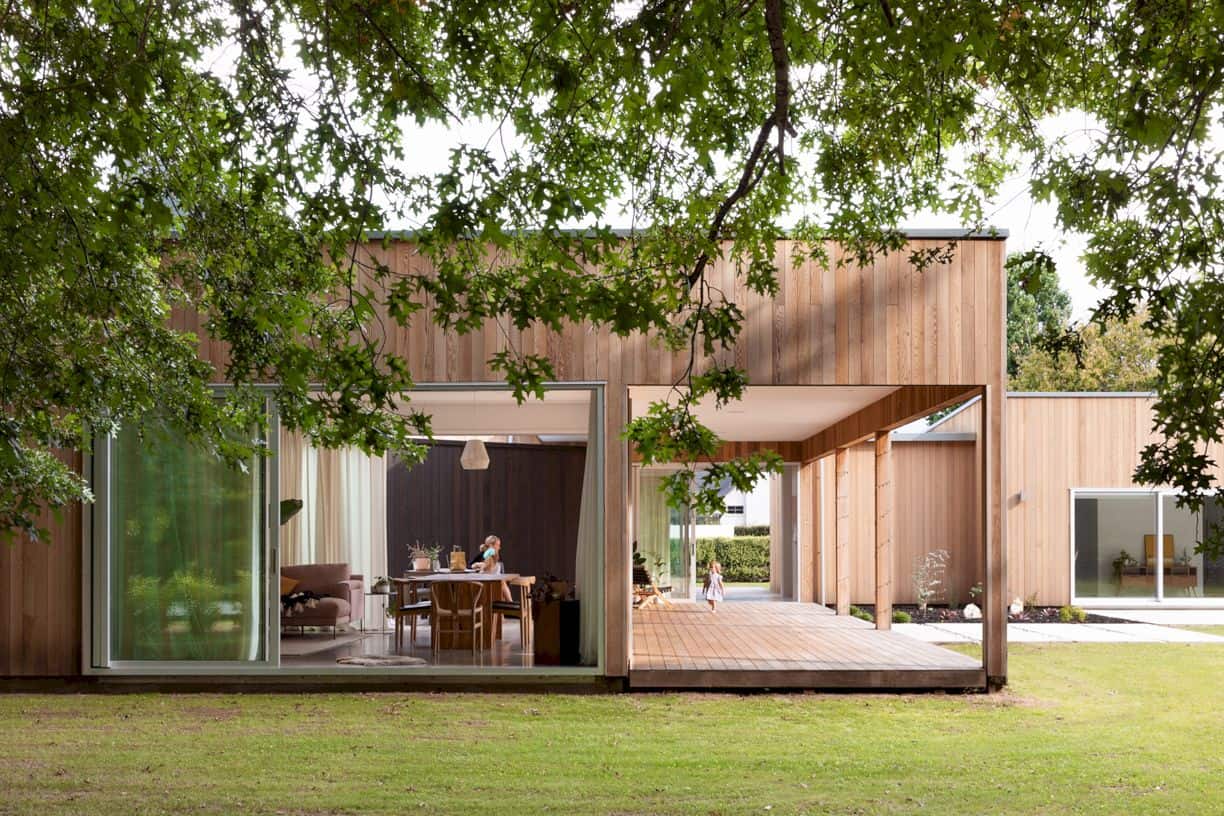 The Shibui House by Red Architecture is a four-bedroom family home with a very special barn. All exterior facades are, in various ways, completely paneled with wood. 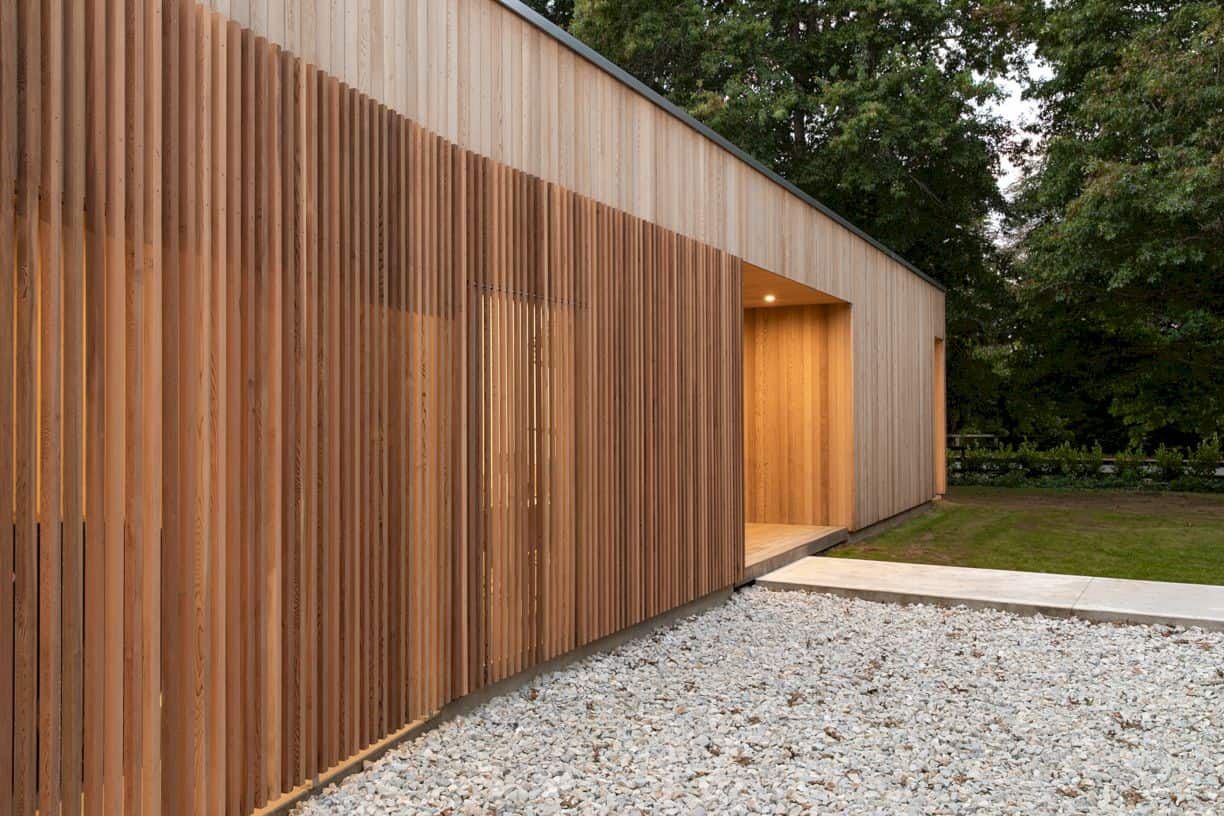 The house is striking and understated at the same time. Its construction is based on the principles of the Japanese word Shibui. 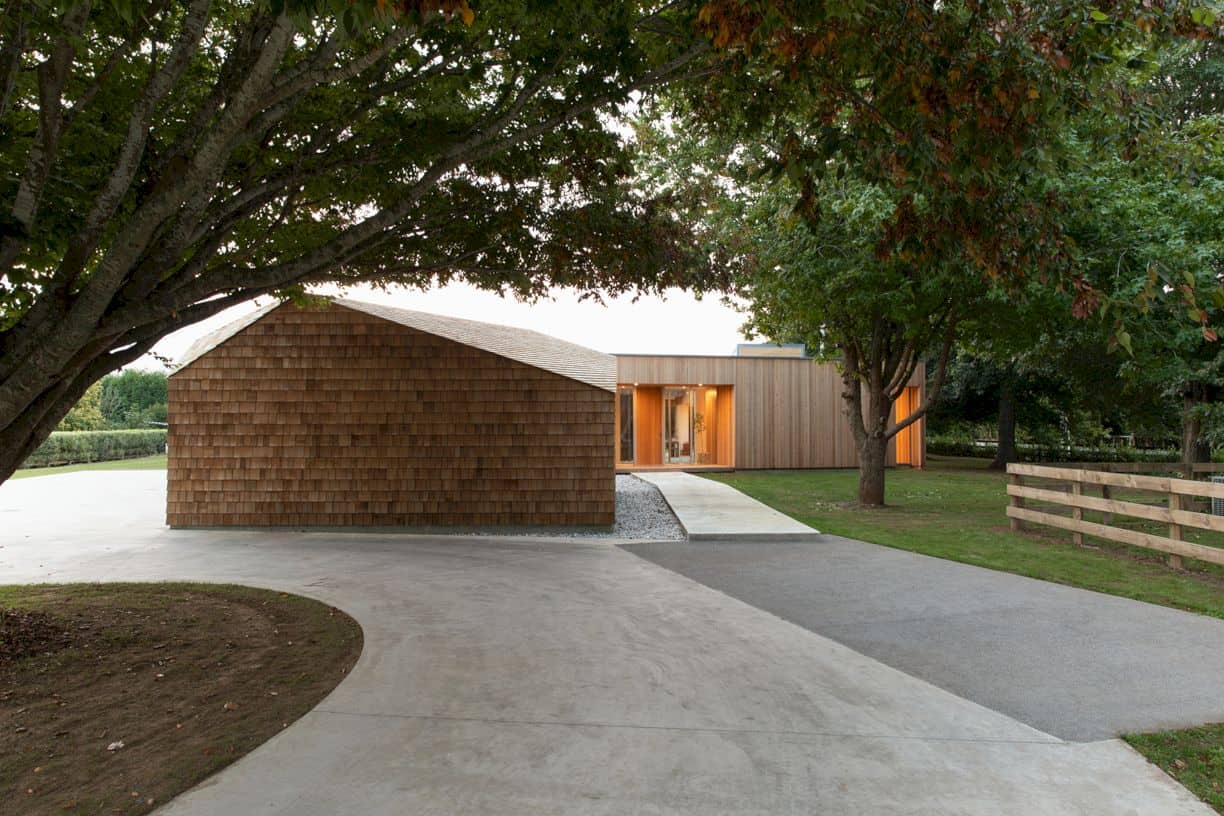 The Japanese word Shibui means “the aesthetics of studied restraint.” The trick is to know when to stop design in order to achieve the simplicity that balances complexity without becoming complicated or artificial. 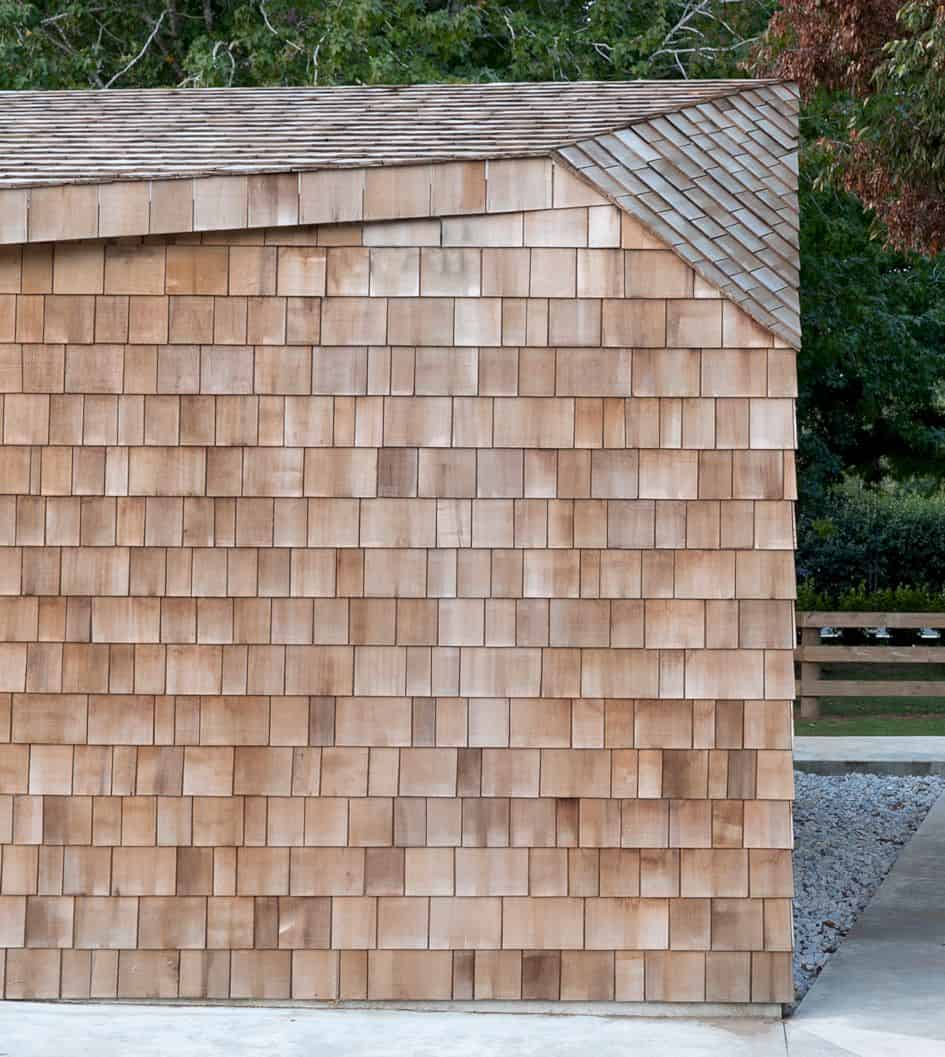 It had to be a refined and modern family home with sufficient space. But not overwhelming or striking. It had to fit in with the environment. Shibui’s ideas have been leading in design: complex and restrained. The Shibui House lacks any decoration and finery. It is a powerful and minimalist building. 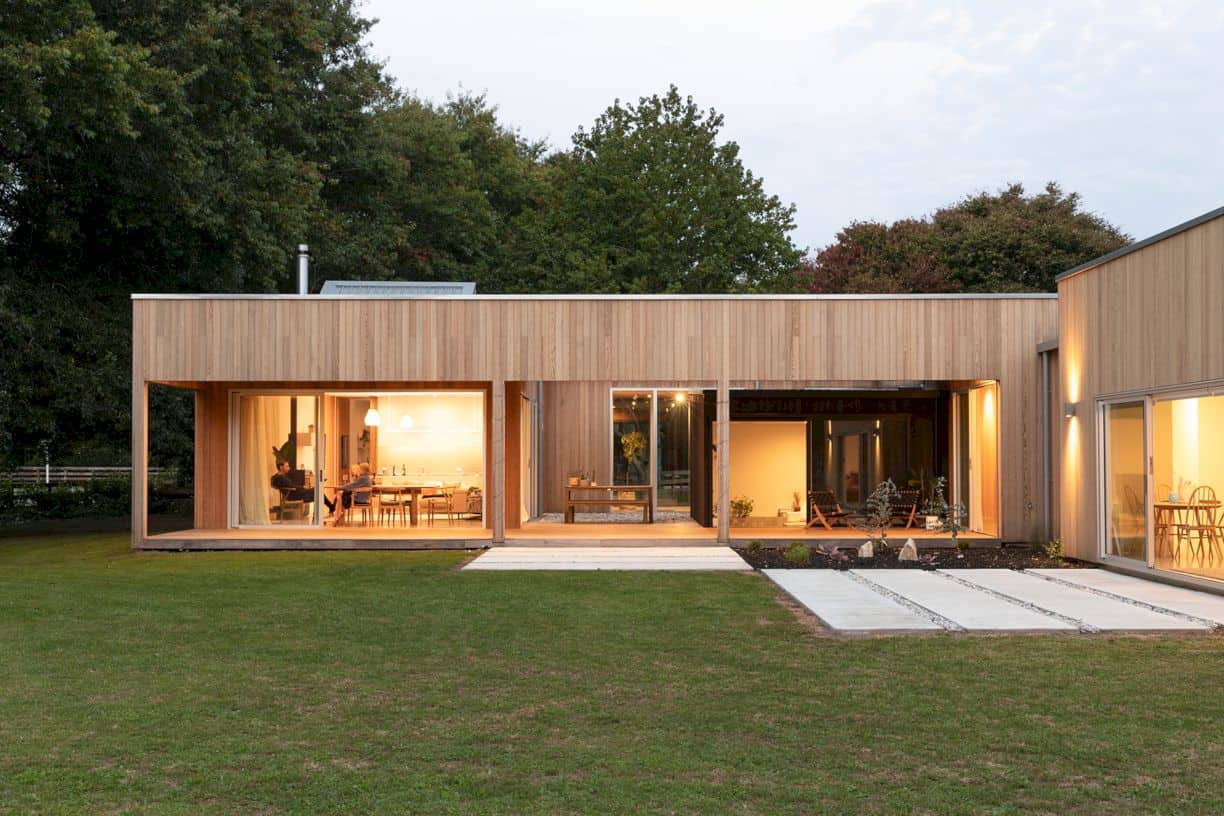 The main volume contains the living areas, a corridor (which also serves as a gallery space), and a carport. While it’s a large house, with four bedrooms and two and a half bathrooms, it doesn’t feel like it. 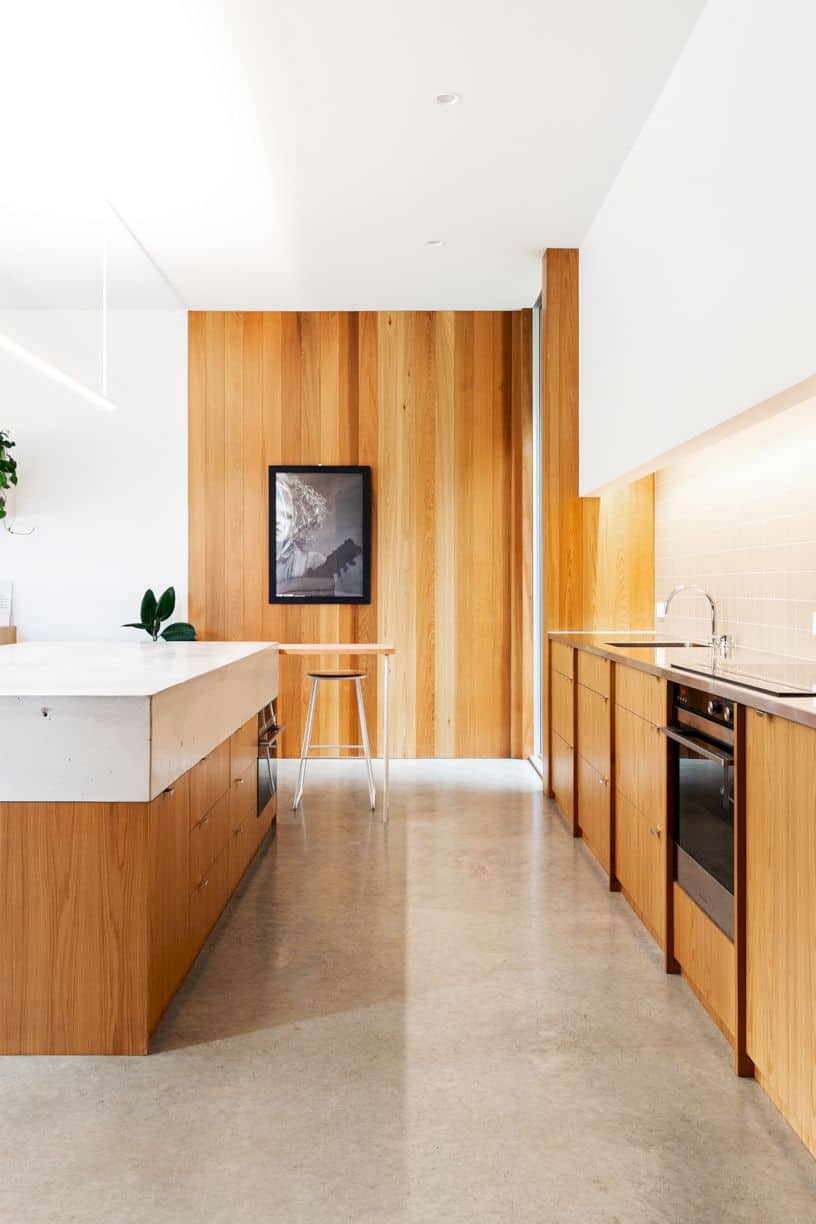 The architect tried to make sure that the scale and volume of the house make it spacious enough to feel comfortable without getting lost in it or feeling overly flamboyant. 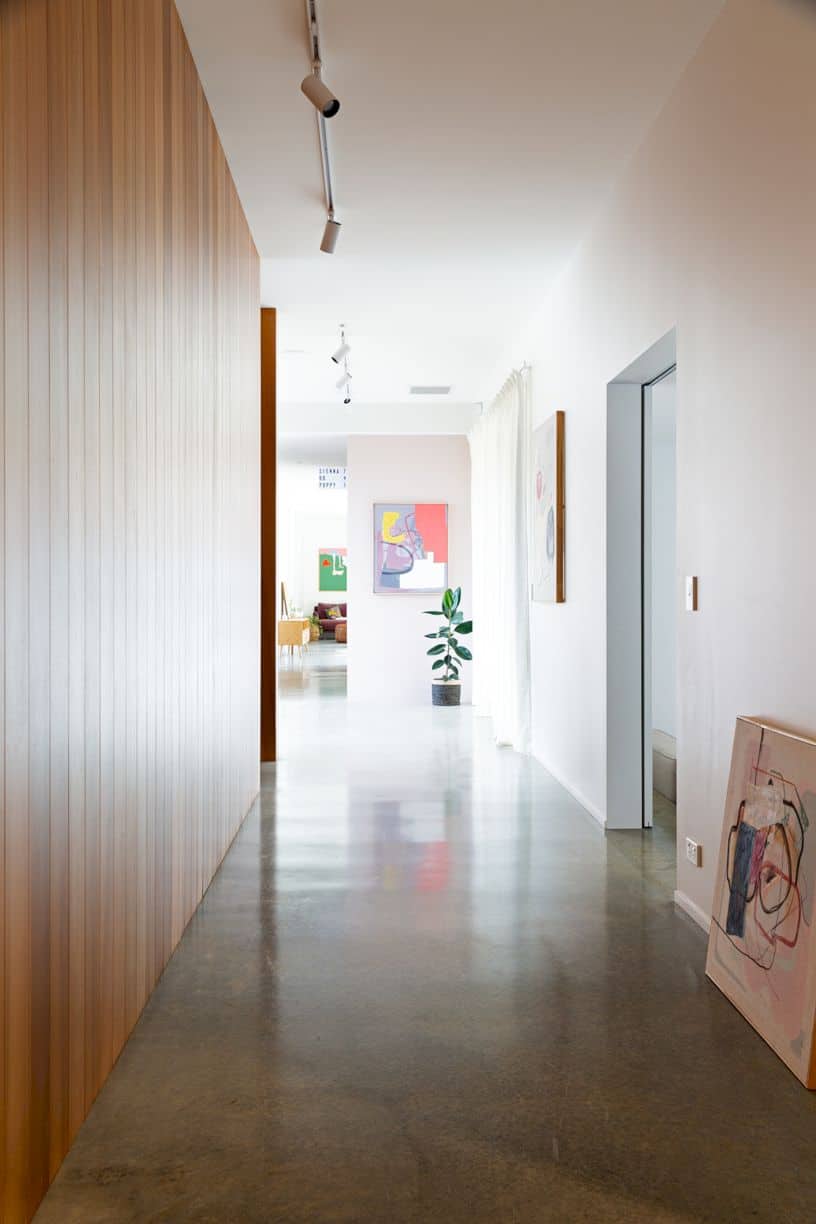 The interior is also without fuss or frills. The kitchen is long and remarkably simple, with only low cupboards insight. High elements such as the refrigerator are hidden behind a corner. In the center is a large cooking island with the breakfast bar behind it with, out of sight, a row of stools under the island. 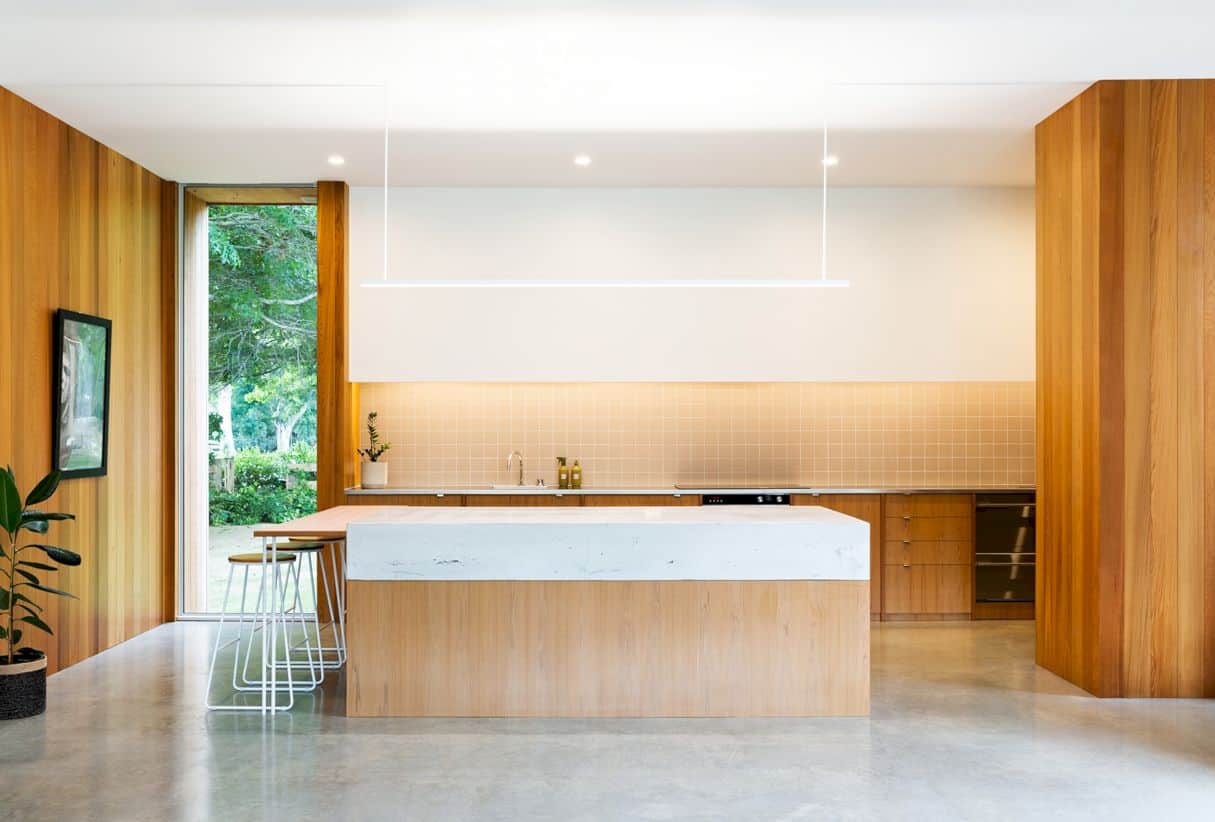 The living and dining room is adjacent to the kitchen. This again borders on one side of the inner garden. At the other end of this courtyard garden is a sunken sitting / TV room with built-in concrete benches that look out to the front veranda. 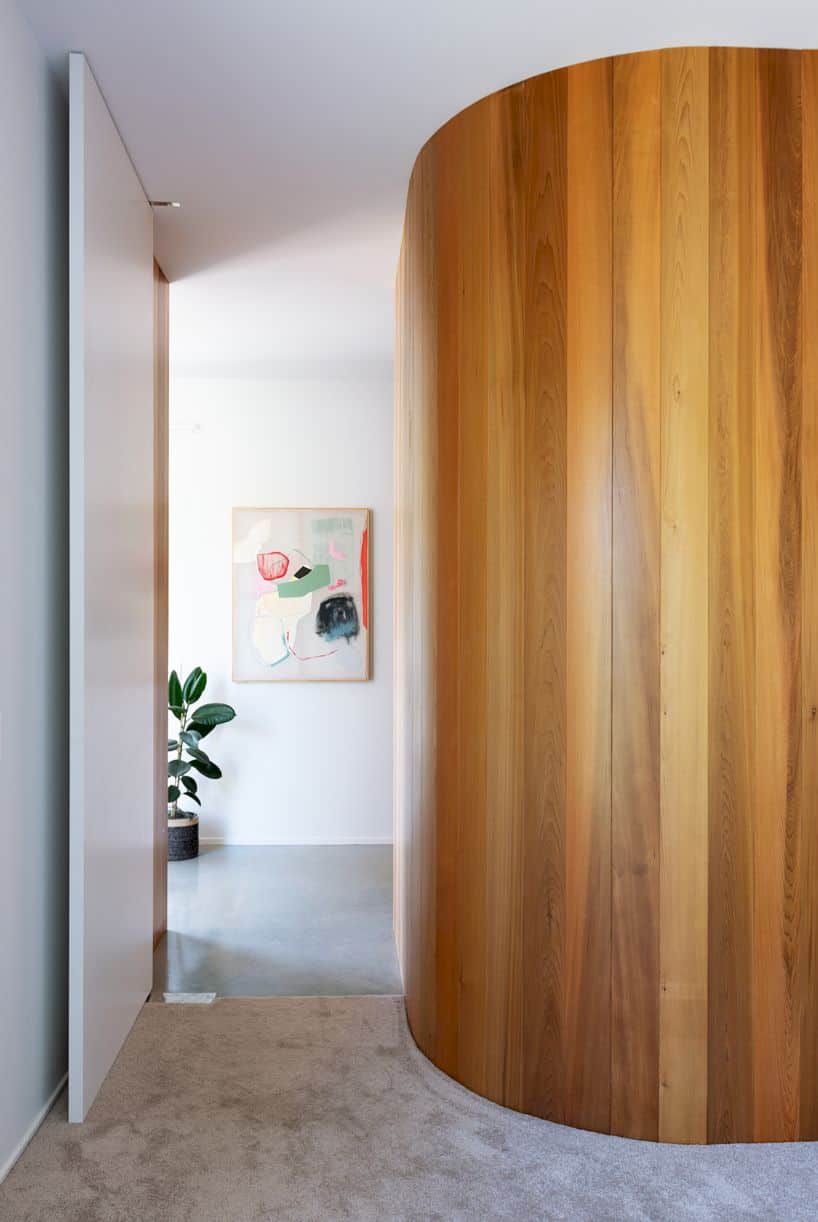 In an adjoining semi-detached extension, there are three bedrooms for the children. They also have a separate play area and a private bathroom there. 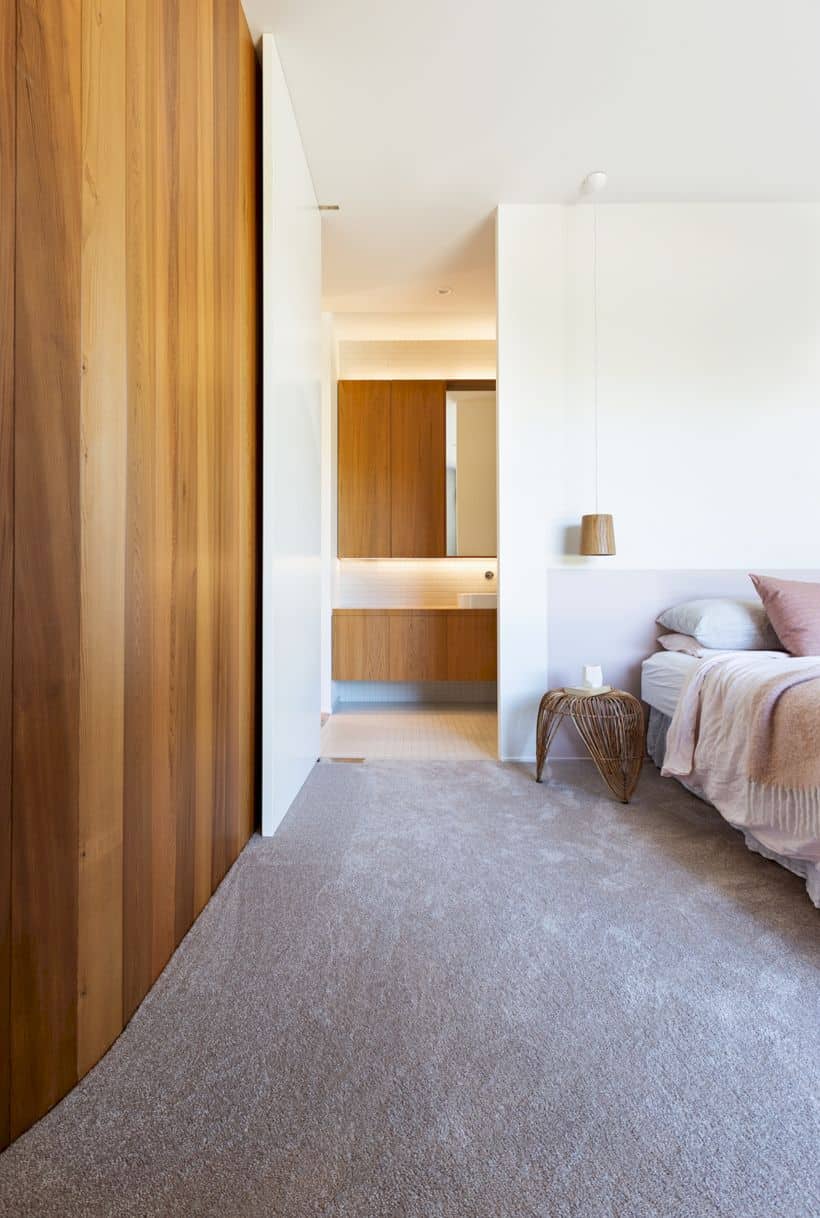 The barn is separate from the house. It is a closed-form with an asymmetrical facade. The roof and facade merge because they are both covered with cedar shingles. It looks like a massive, yet soft block that complements the whole area of the Shibui House. 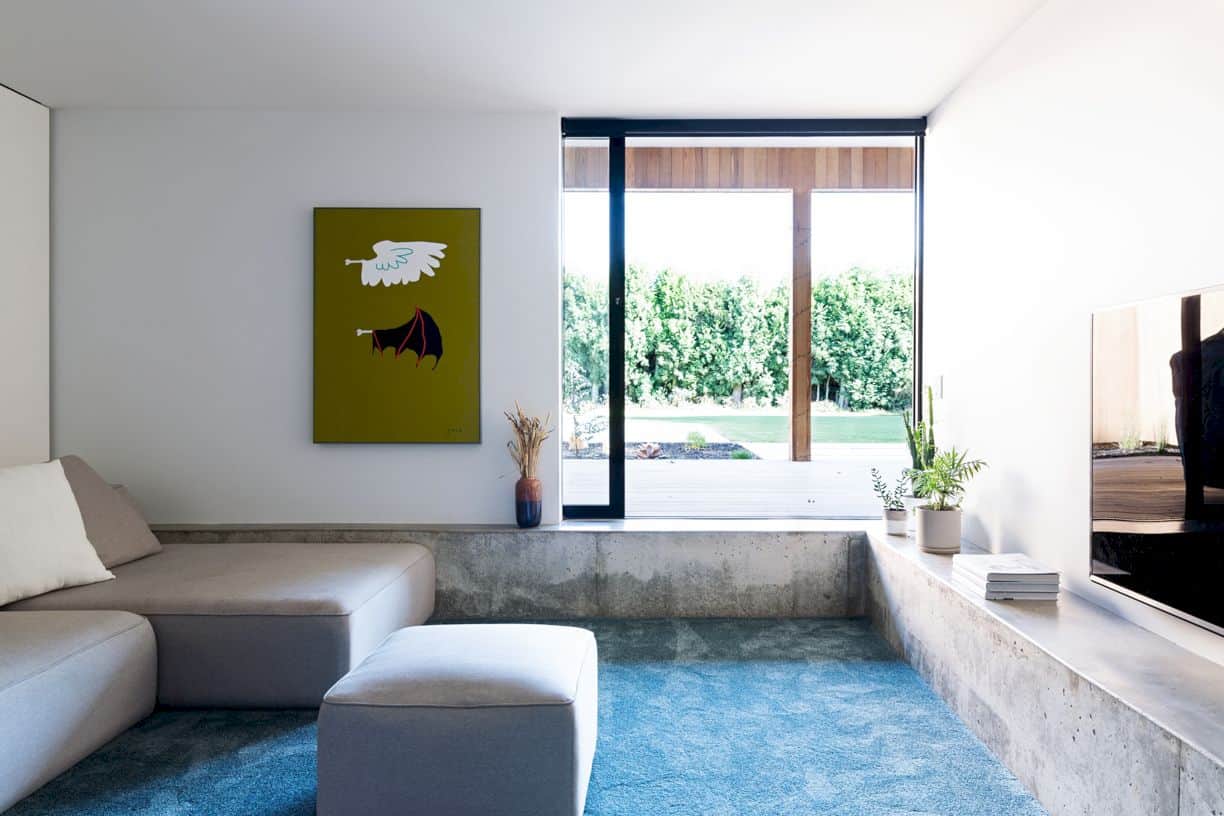