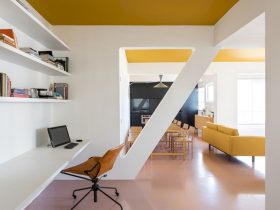 High in the Tramuntana Mountains of Mallorca, Mar Plus Ask architects designed the Olive Houses: two small houses built on old stone structures. Keeping the environment intact is the main task set by the owner. 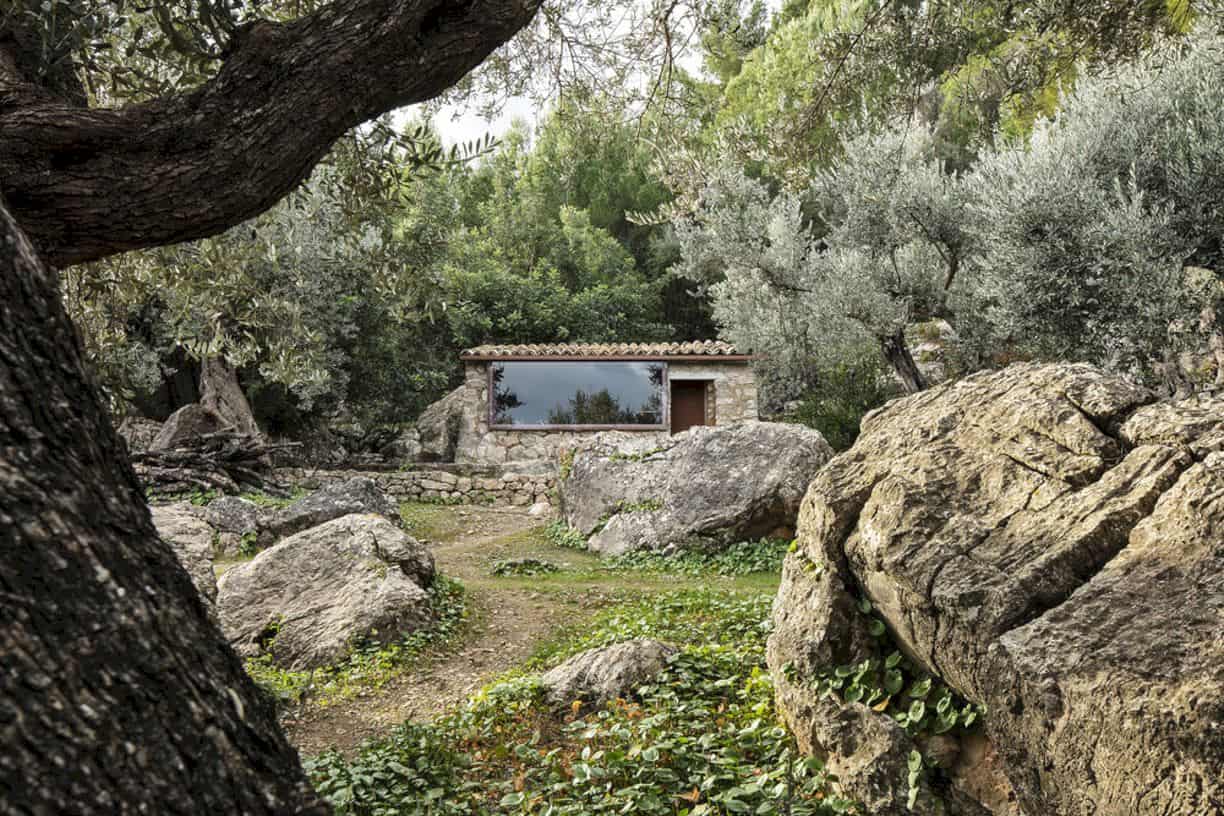 The Olive Houses are surrounded by millennial olive trees, growing on artificial terraces that rise up in steps. Huge boulders scattered on the ground resemble natural sculptures. 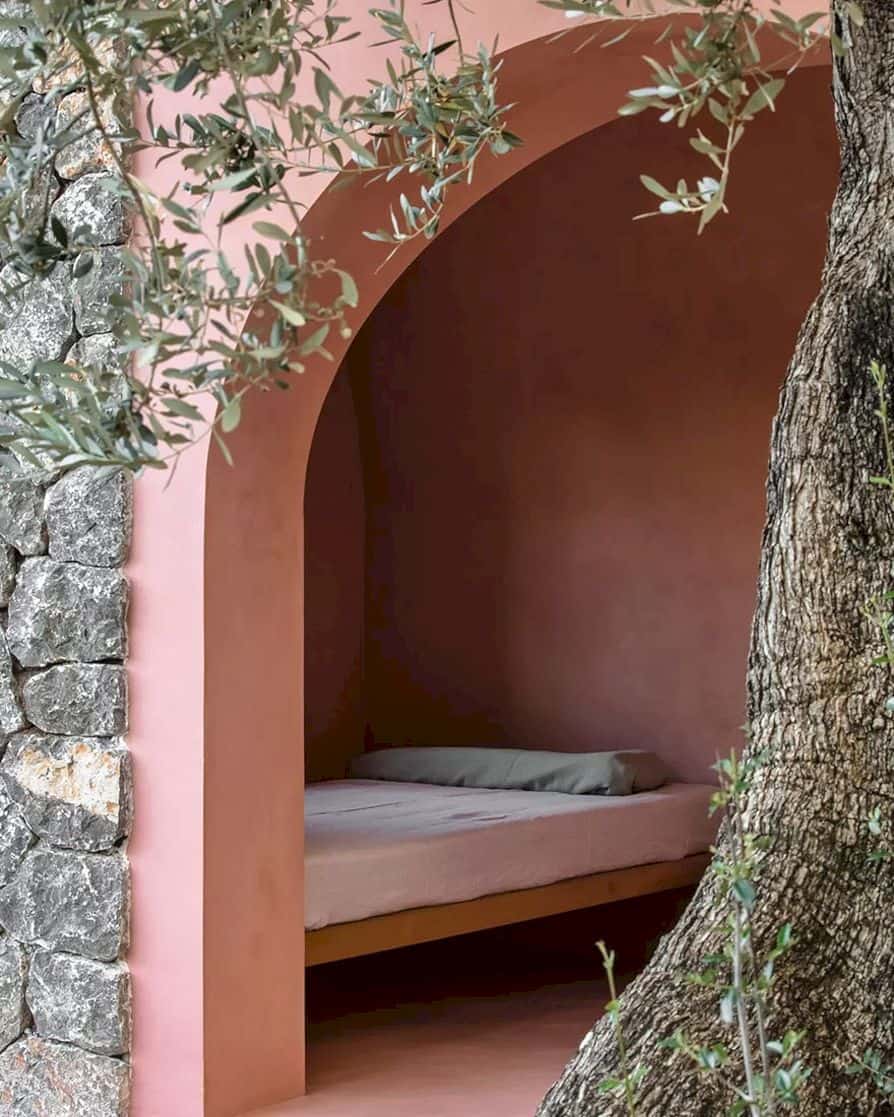 In an effort to keep the area untouched, Mar Plus Ask set about creating two self-contained buildings, one for sleeping and the other for cooking. Both are incredibly delicate, seamlessly blended into the landscape. 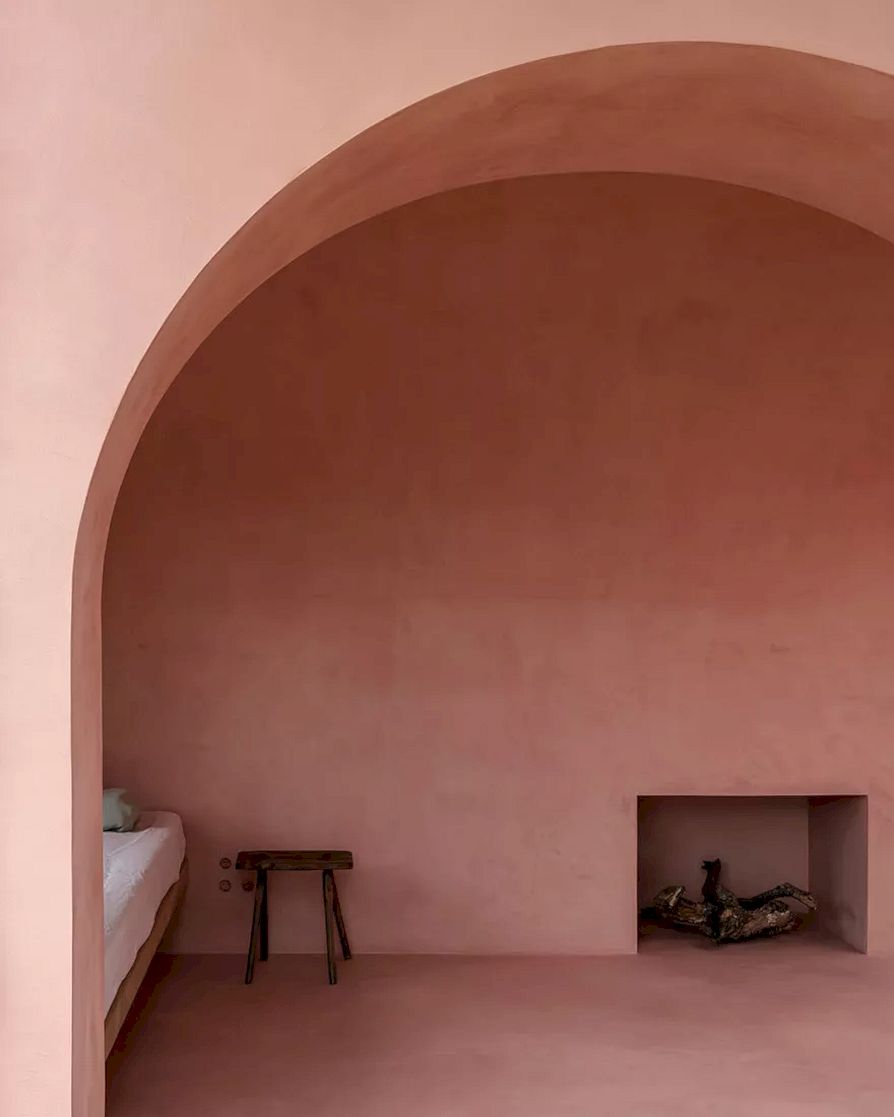 According to the architect, they were inspired and reassured by the fact that the functions with which they were going to give their creations did not differ in any way from those inherent in houses in this region. 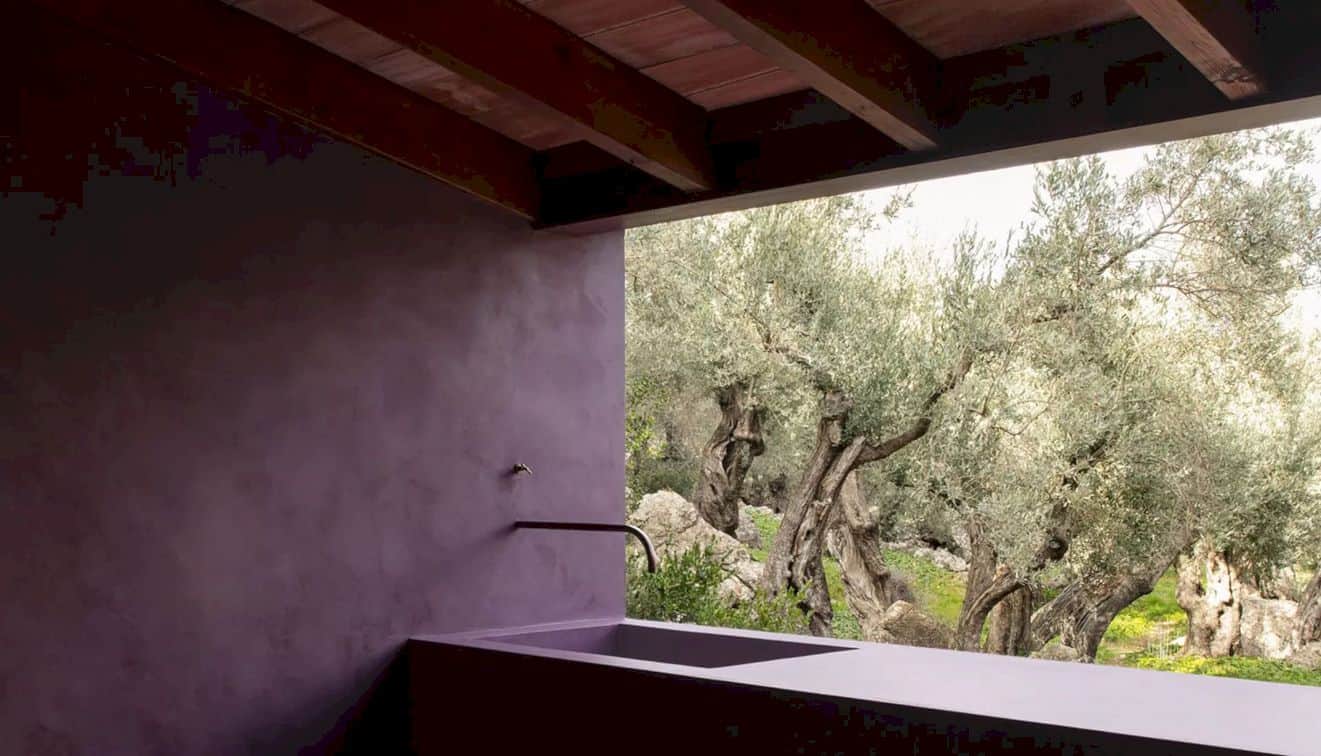 The two buildings are designed in different palettes, and both are tied to the shades of olive leaves. In one, all surfaces are covered with dark purple plaster, the shade of which, according to the studio, perfectly matches the glossy top surface of the olive leaf. 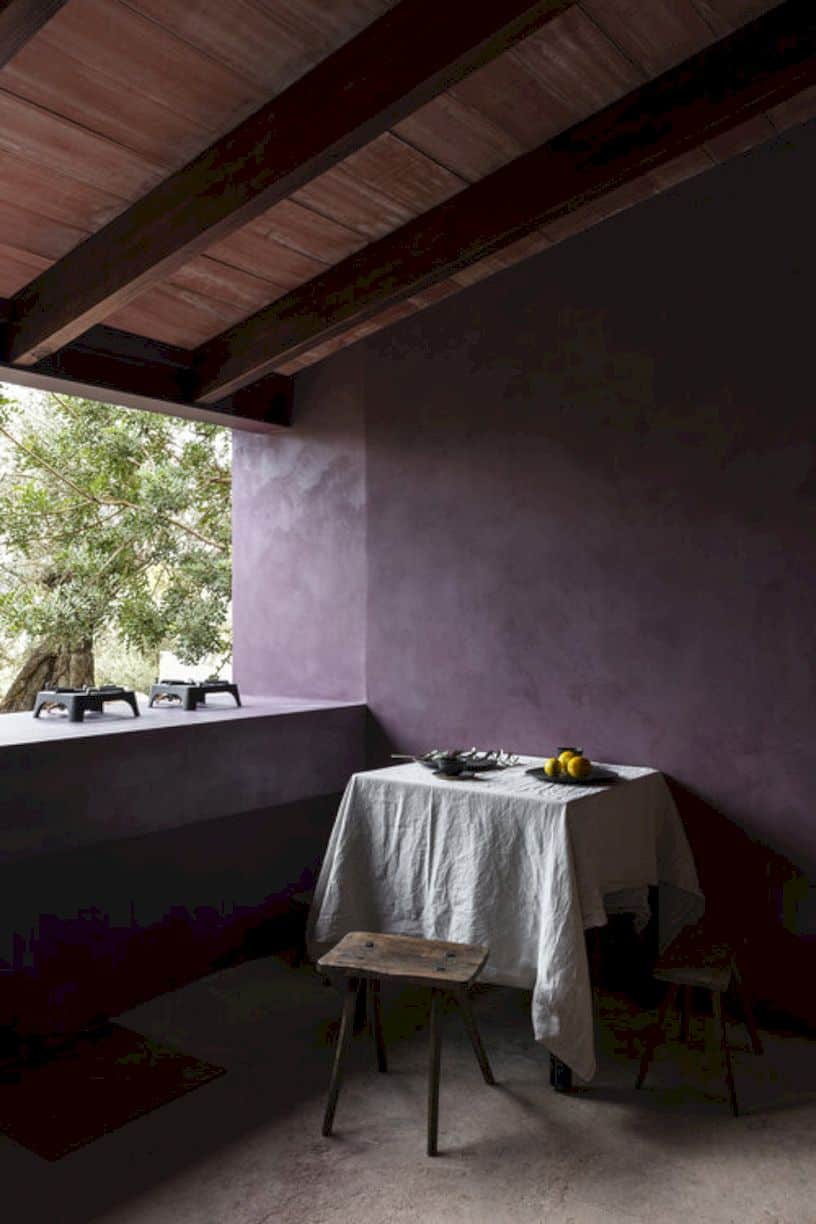 The second building is designed in a pink-terracotta tone of blush, perfectly in harmony with the velvety-silvery underside. Accordingly, the houses were named Purple and Pink. 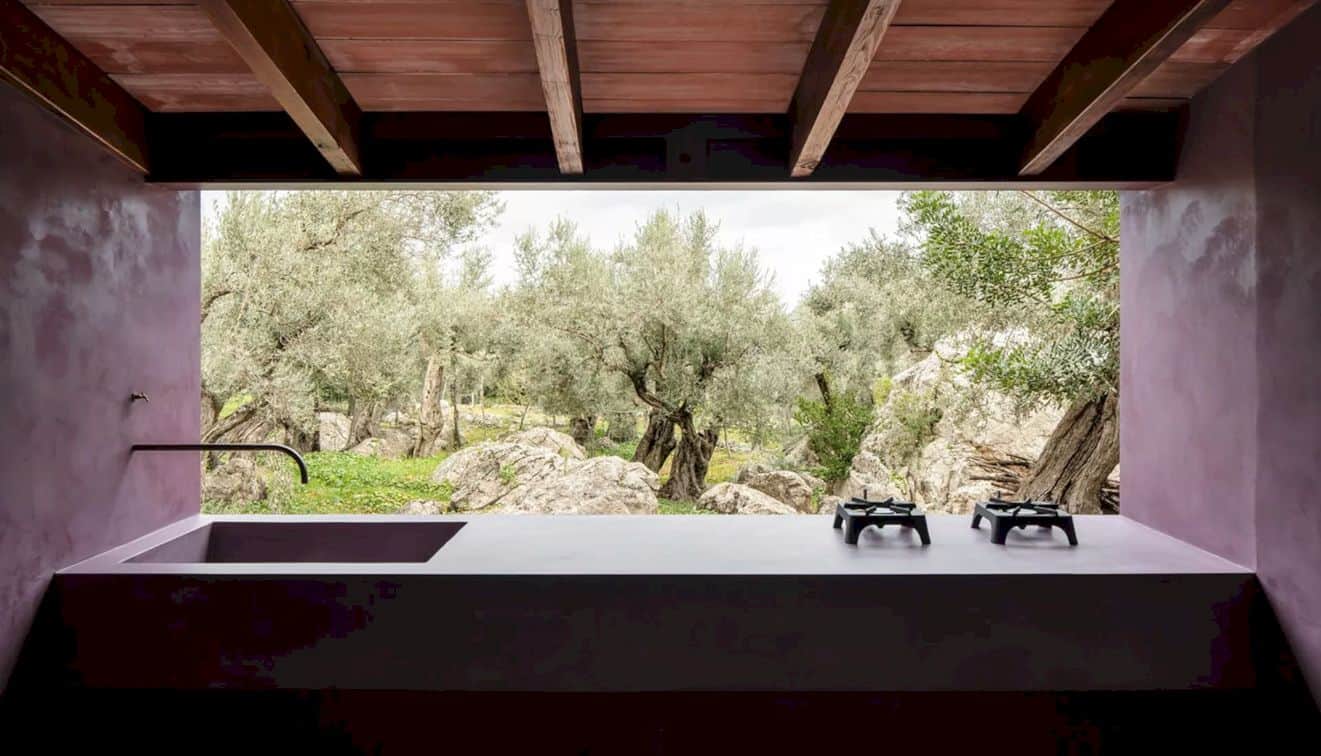 The pink house is built into an existing stone deck, which the architects hope will help keep it cool during the hot summer months. The corner of the building forms a natural boulder, which the studio has left in place. The boulder was illuminated with an anti-aircraft lantern, orbited directly above it. 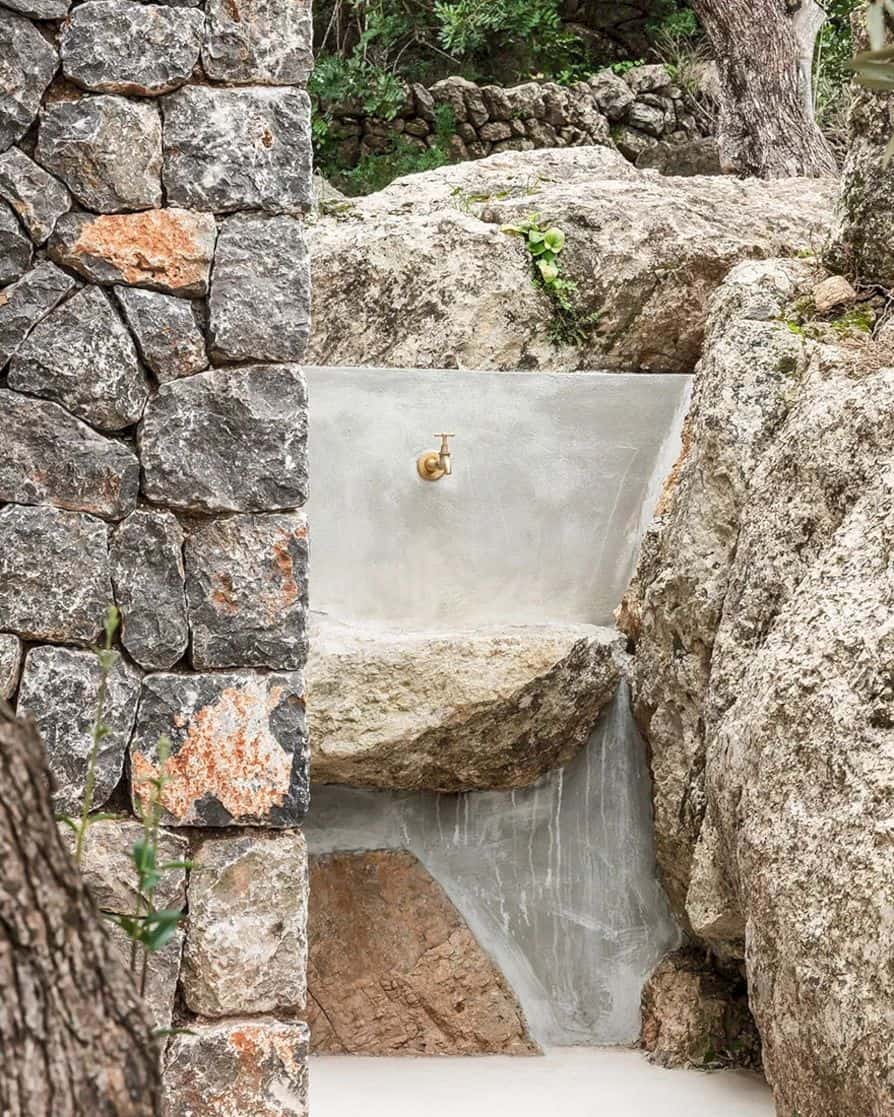 The purple house is the result of the renovation of a dilapidated barn that used to hold agricultural tools. Initially, the building was considered too cramped to accommodate kitchen equipment, but in the end, the impressive – 60 centimeters – wall thickness helped out.

An opening was cut in one of the walls, the lower surface of which became a work surface with a built-in sink. 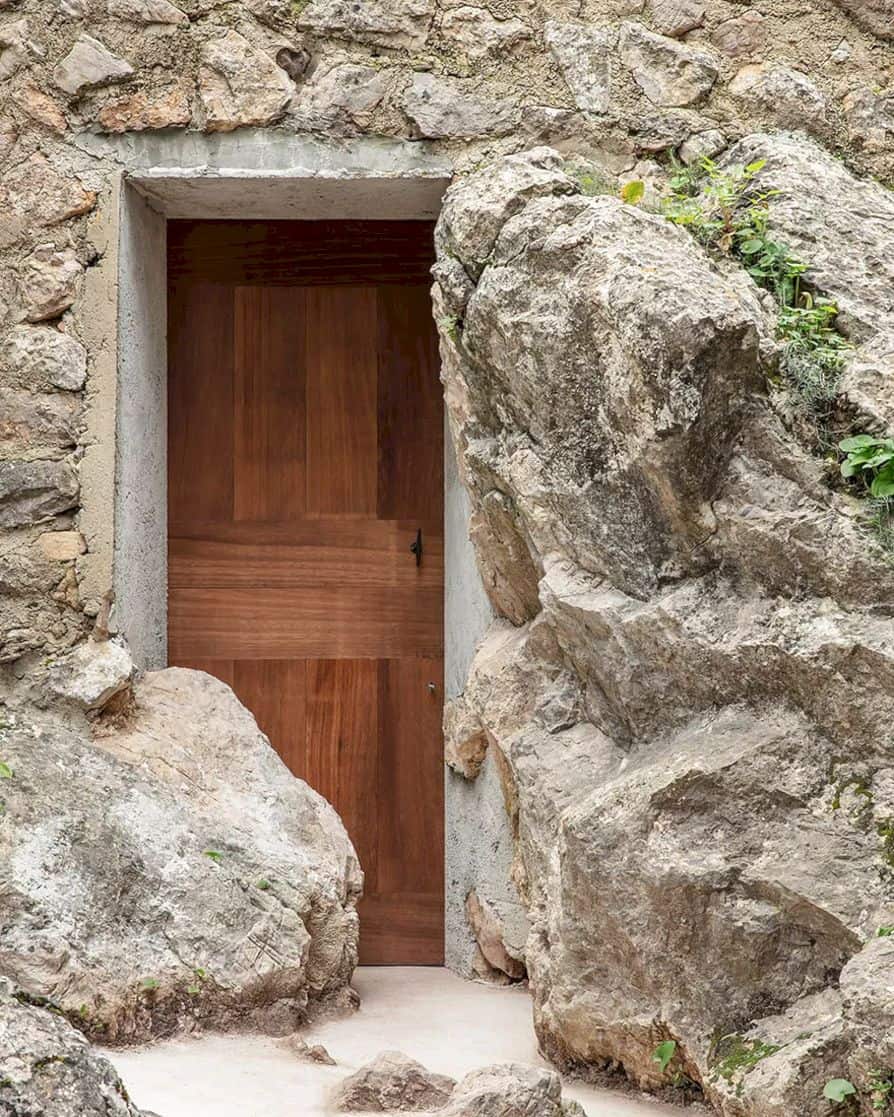 Both houses have only the essentials. In Pink there is a bed, shower, fireplace, outside there is a stone sink. Violet has two gas burners, a sink, a wood-burning stove, table and chairs, a solar-powered refrigerator, and a toilet.

Gallery of The Olive Houses