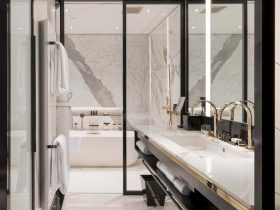 Murray Building by Foster+Partners: A Luxury Hotel with the Distinctive Pattern of White Facade

The Tos House by Office Coastline is a renovation project of a three-story longhouse that was built in 1920. The building is located in the historic Lane in Hongkou, Shanghai with a 130m² floor area. 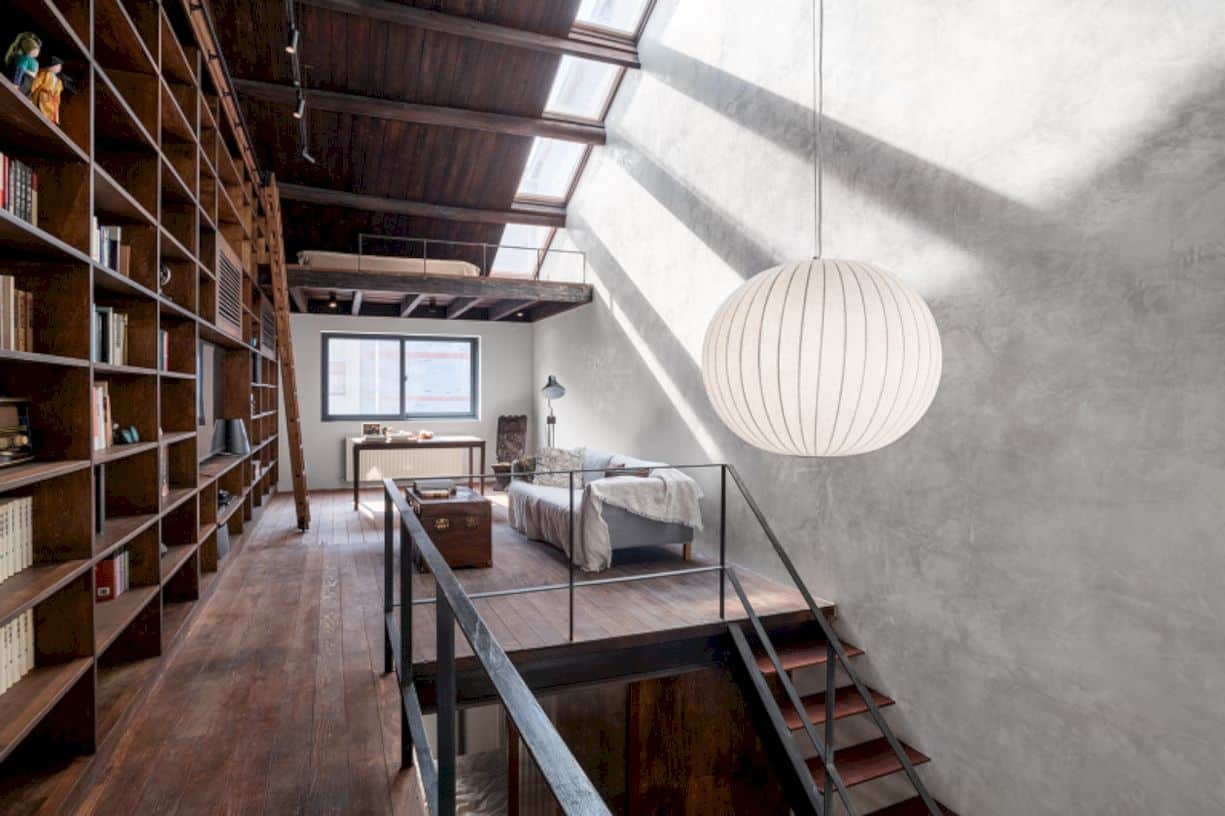 During the concession era in Shanghai, many Japanese used to lived here. During the actual renovation, the Japanese newspaper of the time was also found under the floor. 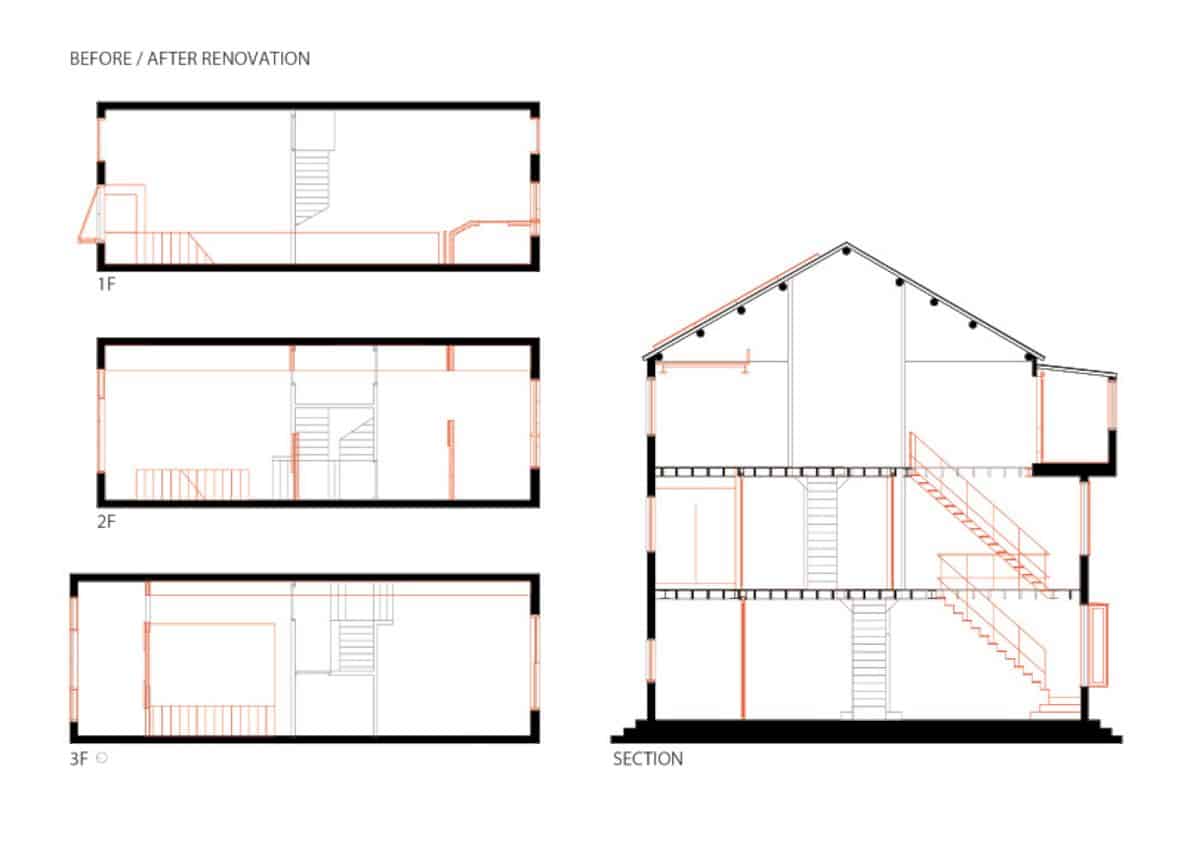 During the inspection for the first time, the team from Office Coastline found that the indoor space was partitioned by walls, and there was a building adjacent to the south side, which was very dim. 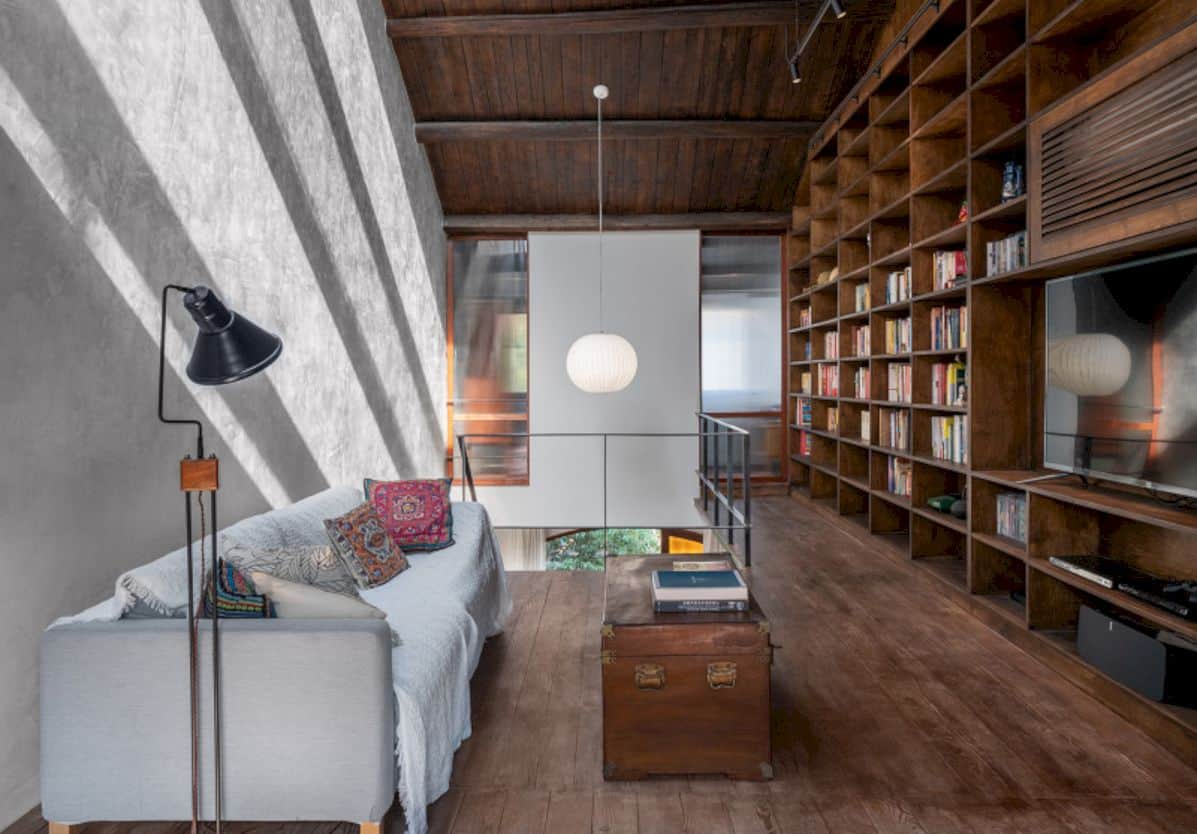 But there is a skylight just above the stairwell, and the sharp light shines into the darkroom. This contrast of light and dark is impressive. Thus, the inspiration for this design proposal comes from the first impression the team got. 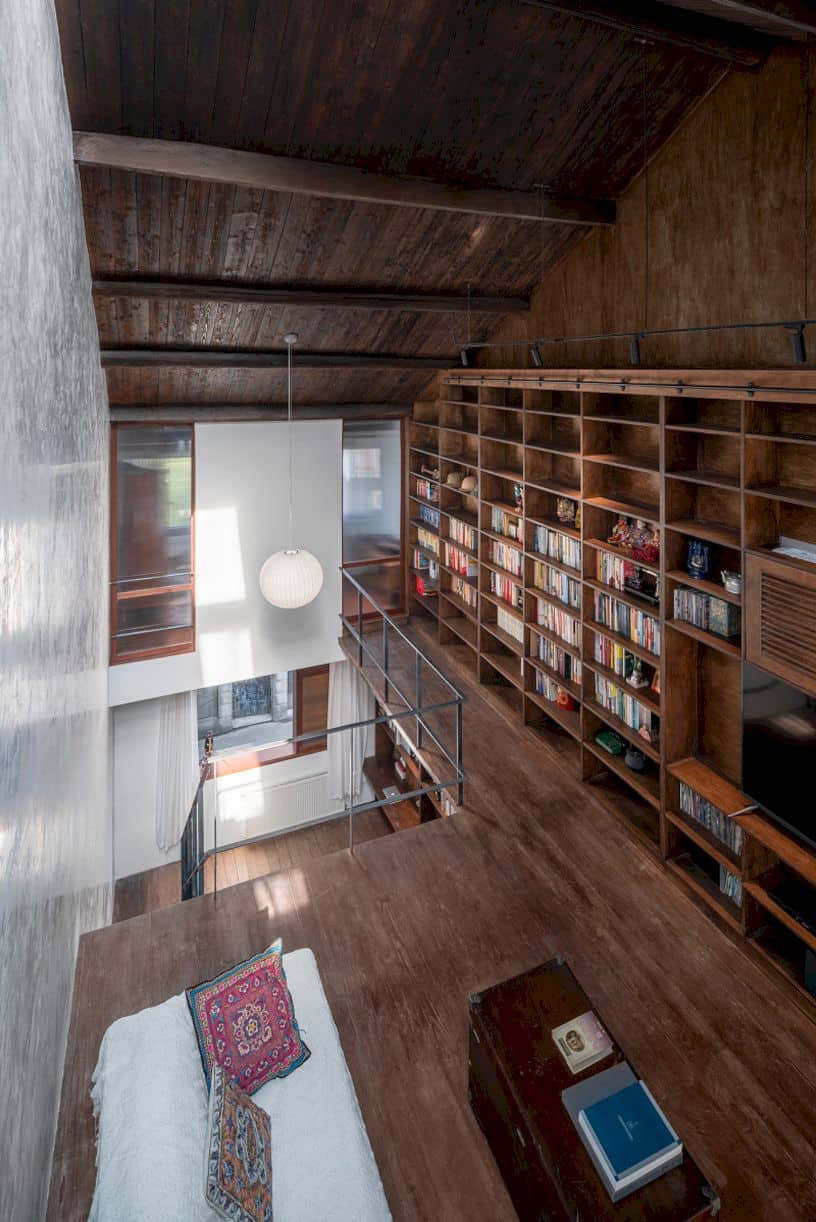 In order to send sunlight to the downstairs fully and evenly, new skylights and full heights were set up, and the new steps and skylights were arranged in the same row to create an experience of climbing towards the light. 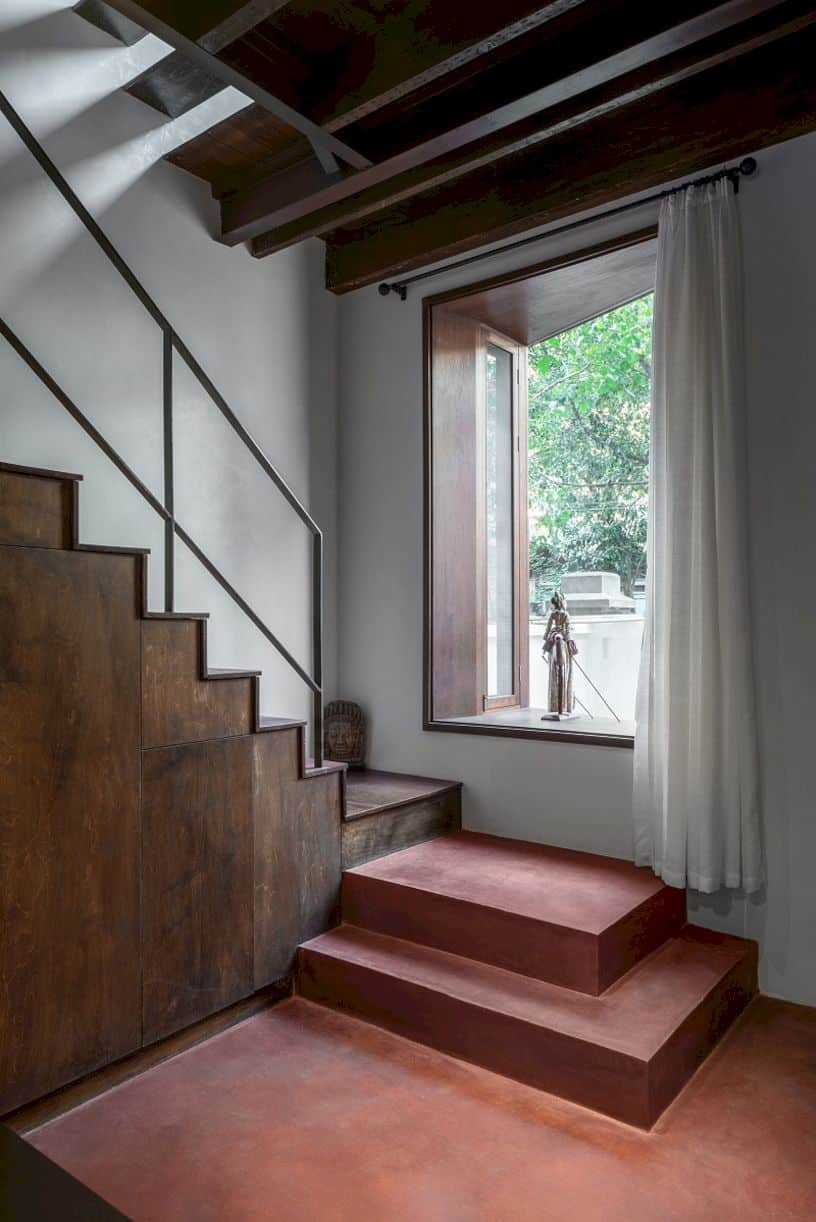 On the wall on the side of the stairs, manual plastering was done from the 1st floor to the 3rd floor to make it reflect light slowly as the line of sight moves up and down. 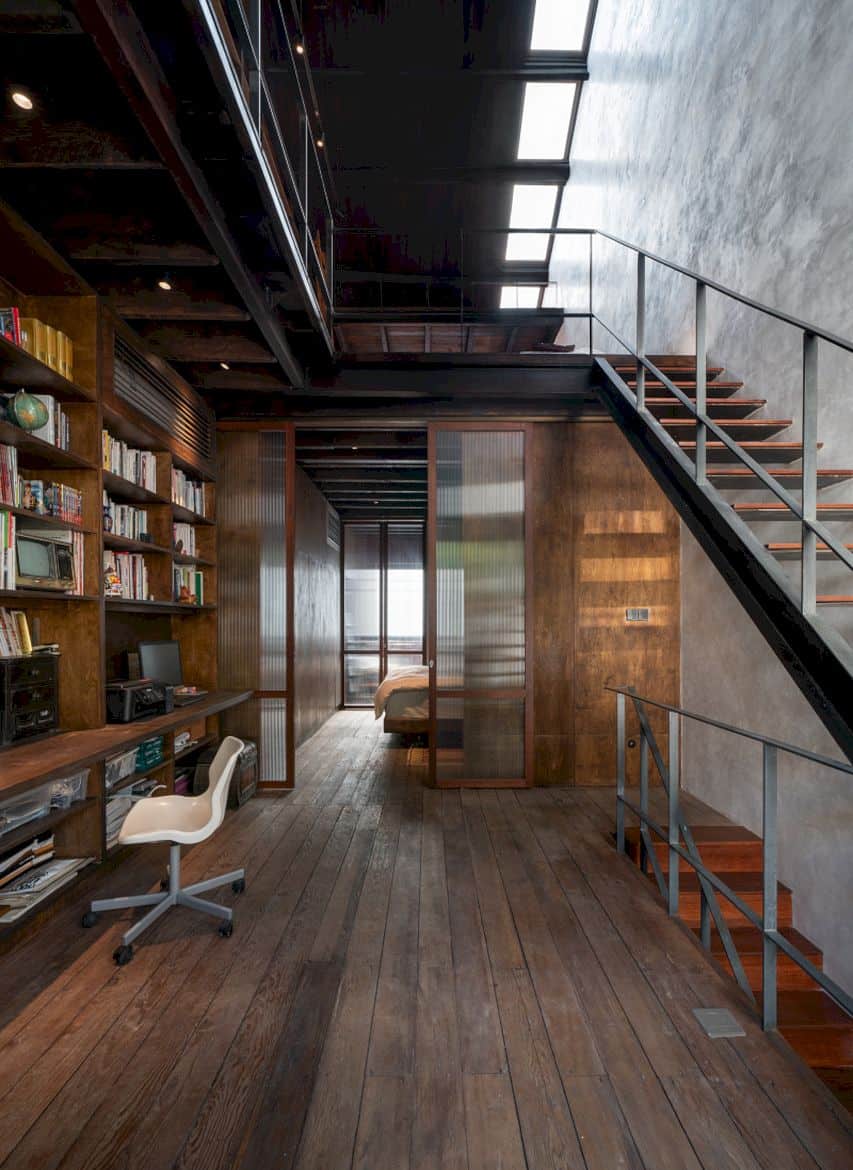 The bright interior wall is taking the part as a reflector, which diffuses light. While carrying out structural reinforcement and partial repairs, the existing beams and floors will be retained as much as possible. 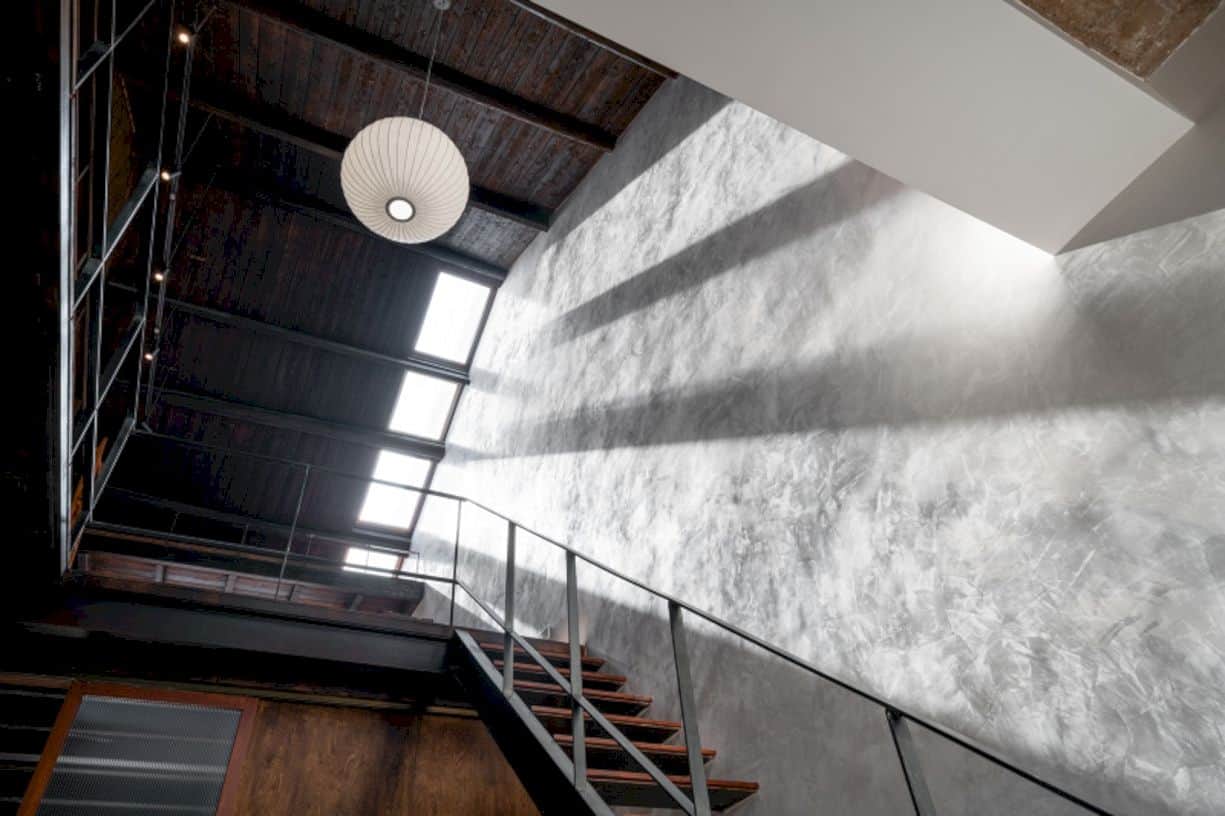 To balance its surface, a large bookcase is set on the other side of the plastered wall. In this way, the room will have an overall contrast of light and dark, thus highlighting the changing light and shadow every instant. 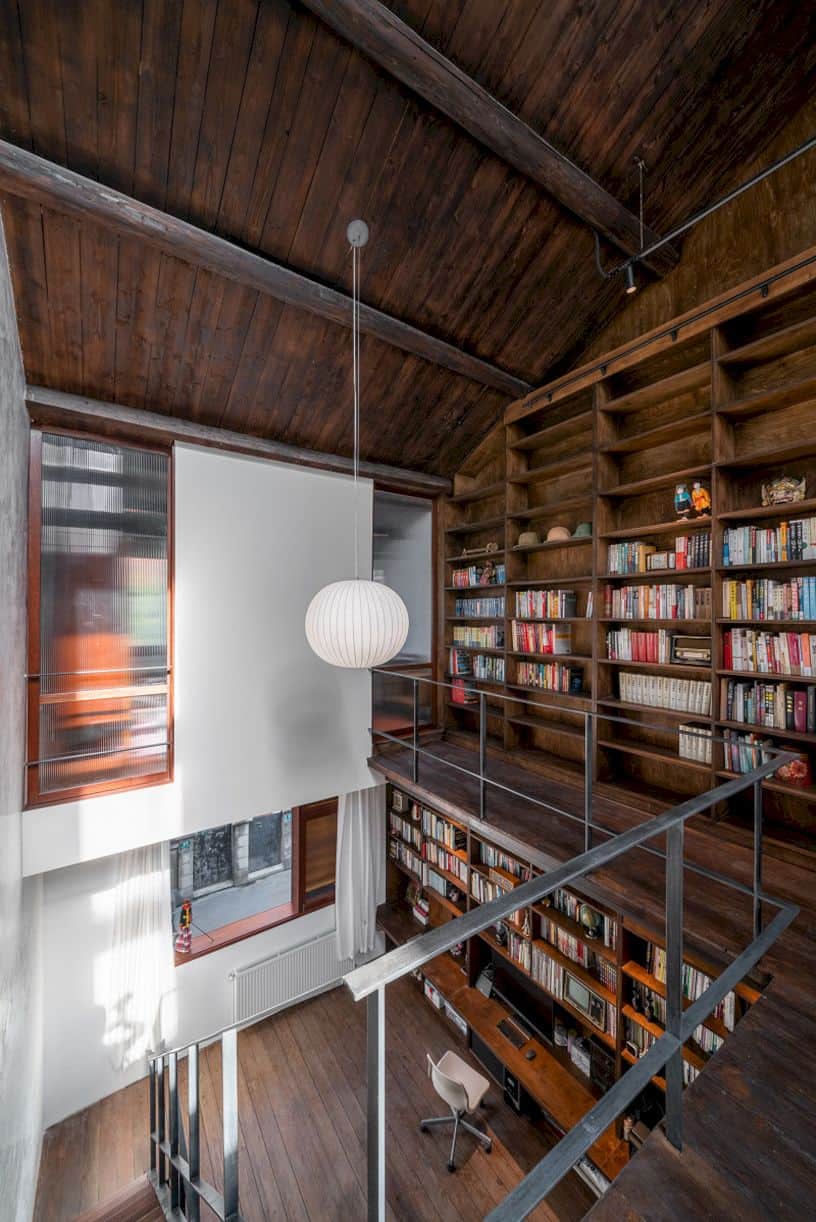