Swi has been developed a two-story house in an architecturally heterogeneous neighborhood on the south face of Ennetbaden, Switzerland. Two-Family House is a 2012 project with 637 m2 in size and a volume that dissected. The main surface of the building is rendered and also painted in a subtle green tone. 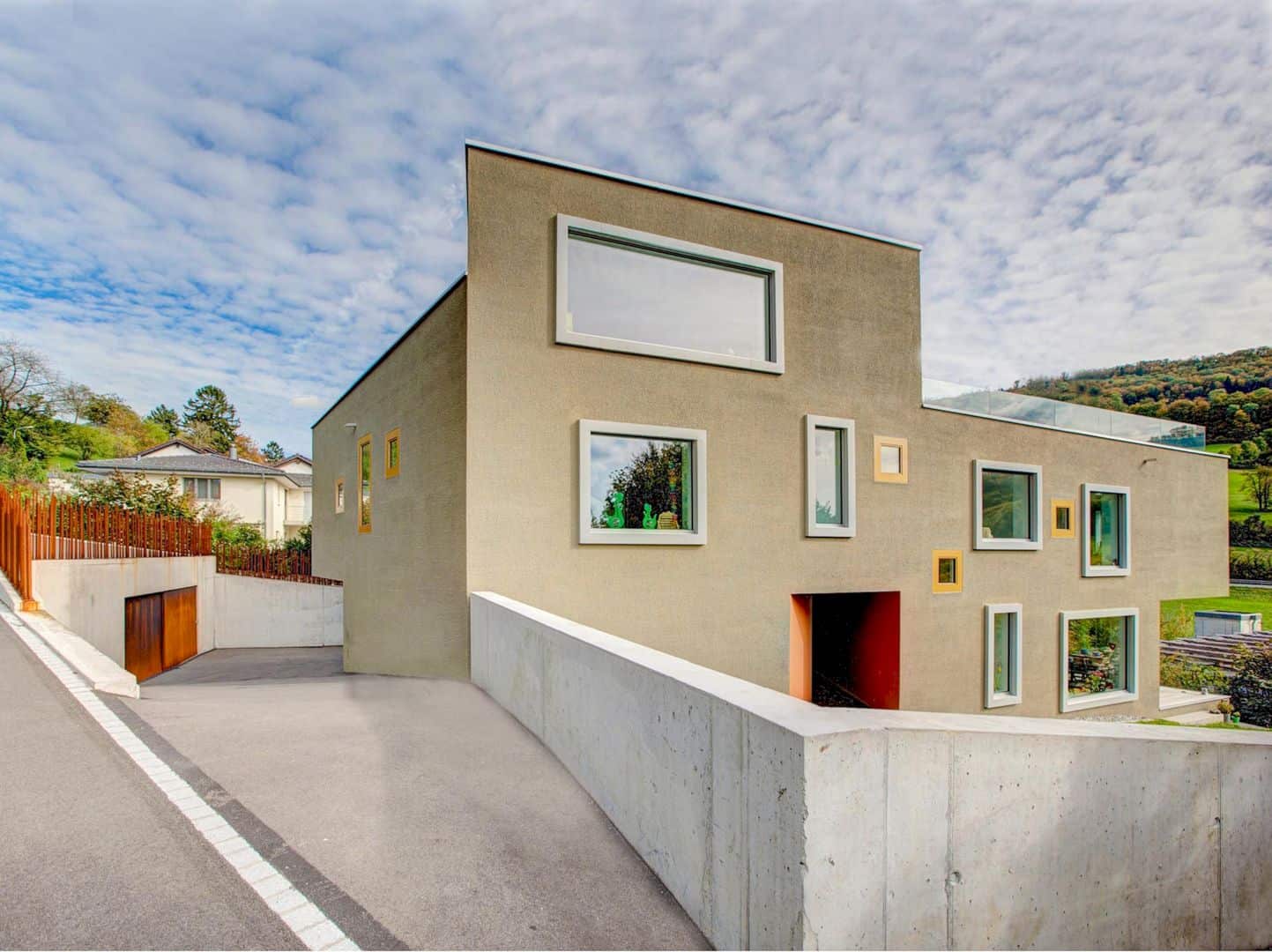 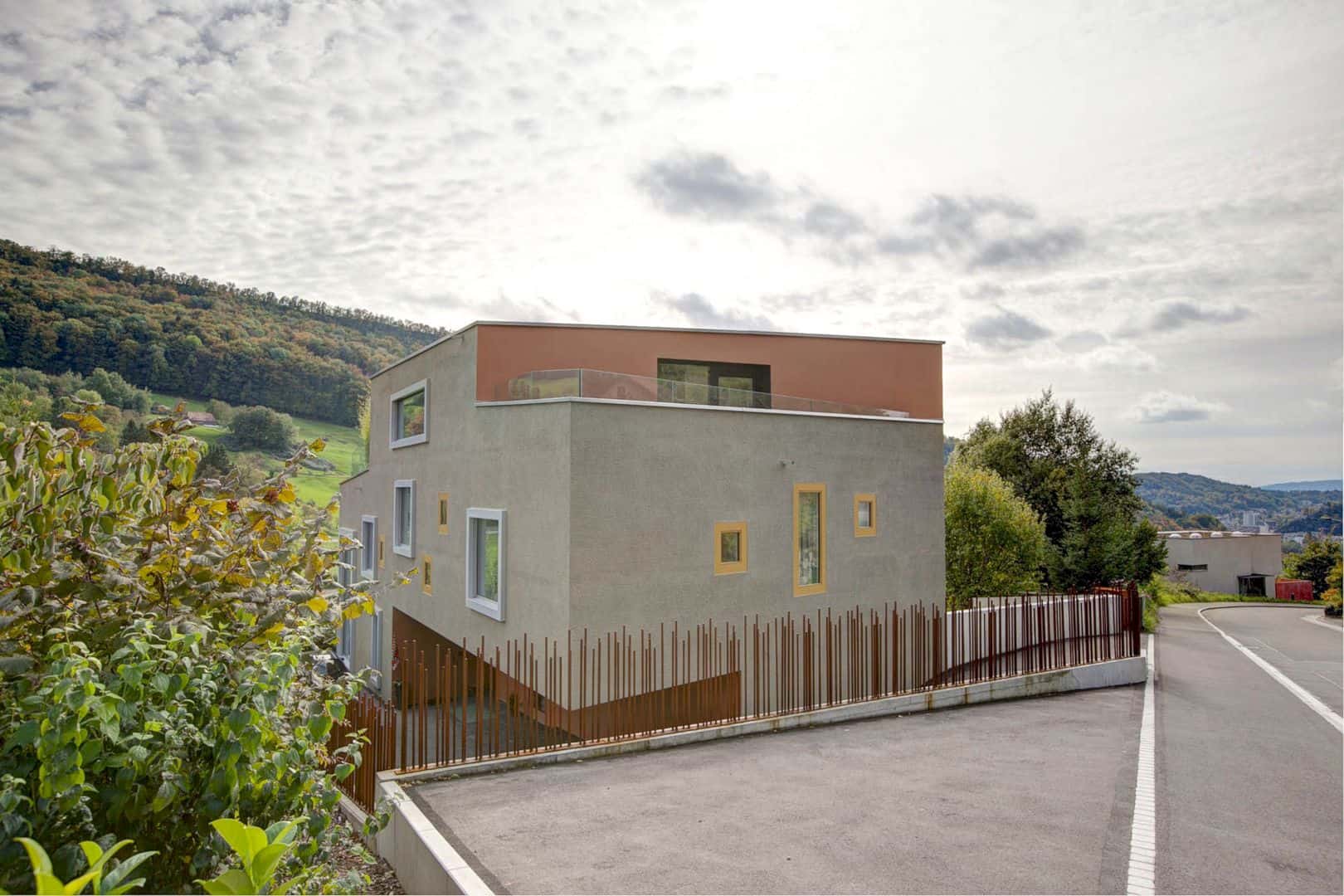 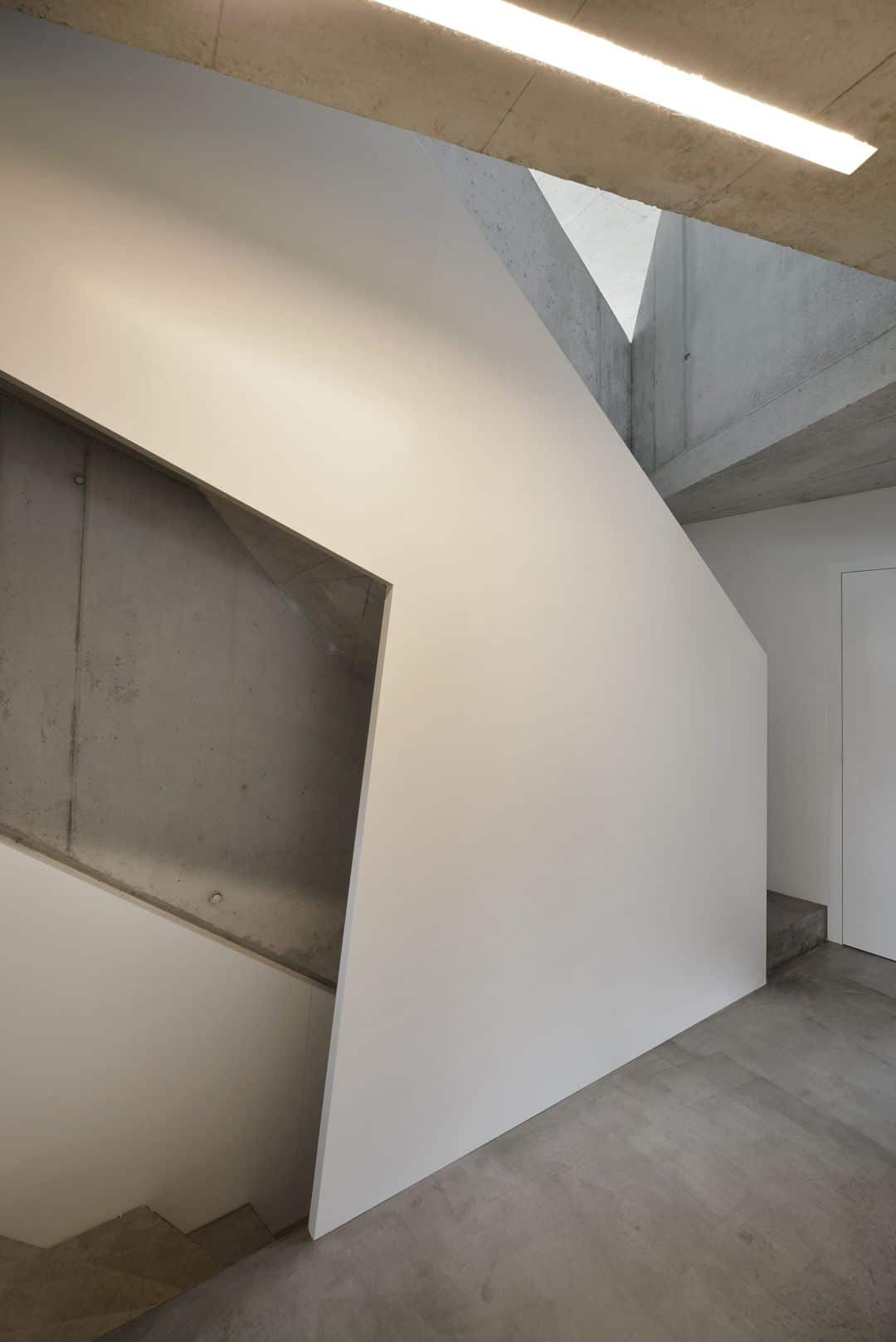 Despite the small block of land where the house sits, it can be developed around an interesting and unconventional path of the neighborhood. The floor-plan volume of the house is comprised of distorted rectangles while the volume is dissected by the architect at diverse sites. Each of the dissections is intended to fulfill an additional function besides the resulting attractive remaining volume. 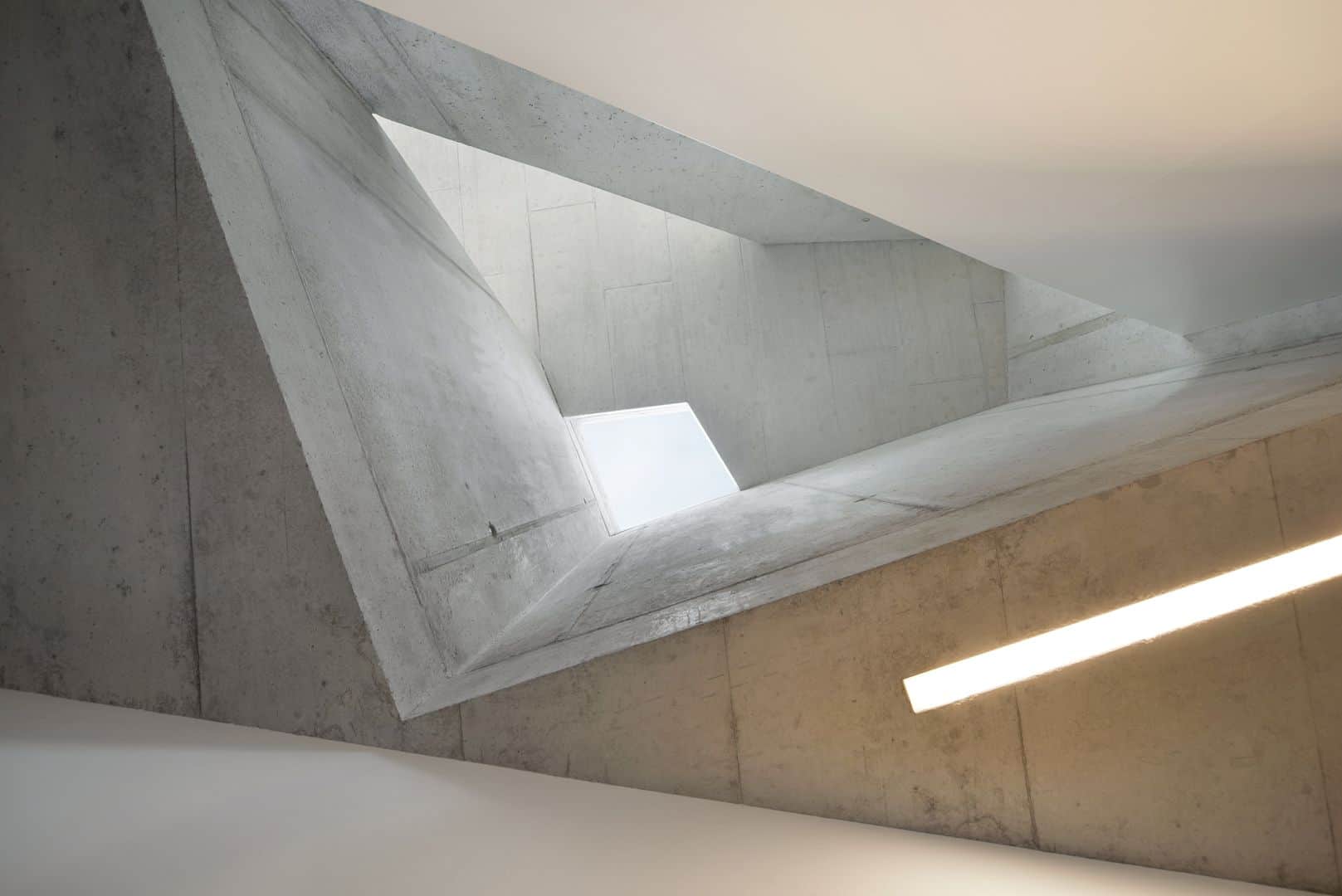 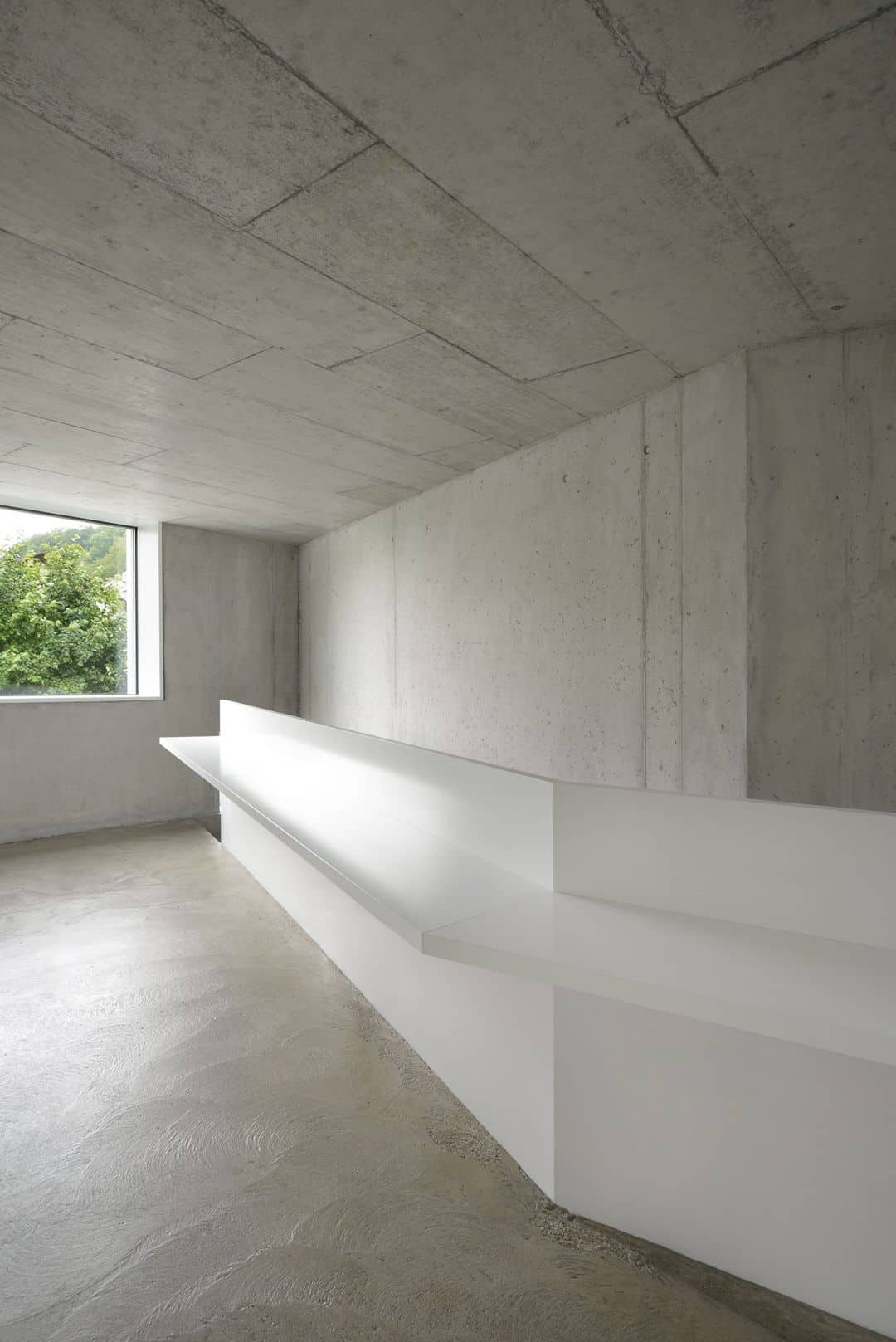 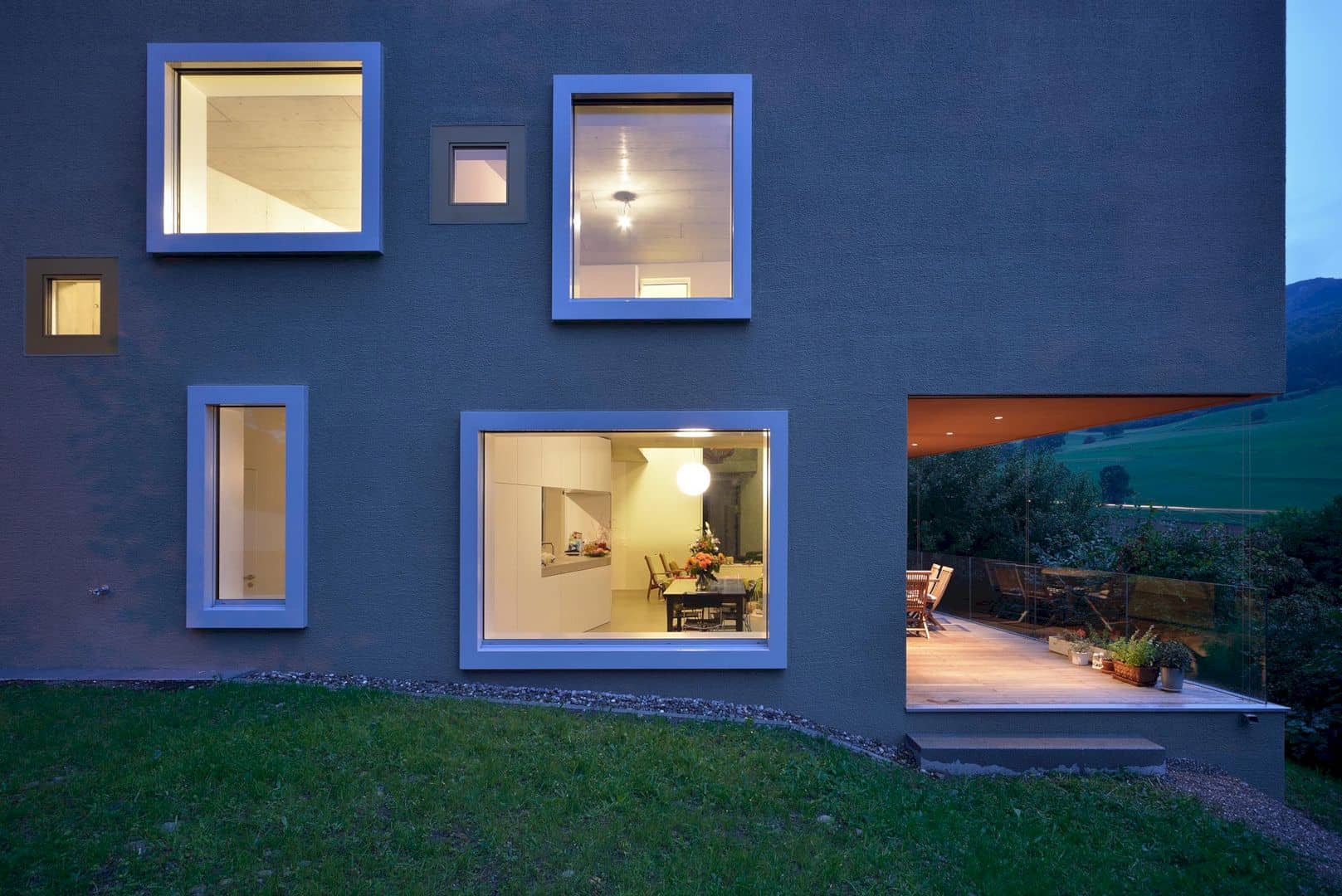 The third function is the cut of the ground floor on the south side that gives a party in the lower house with the covered south terrace. The last function is both of the volumes that cut in the attic to provide the party in the upper house. 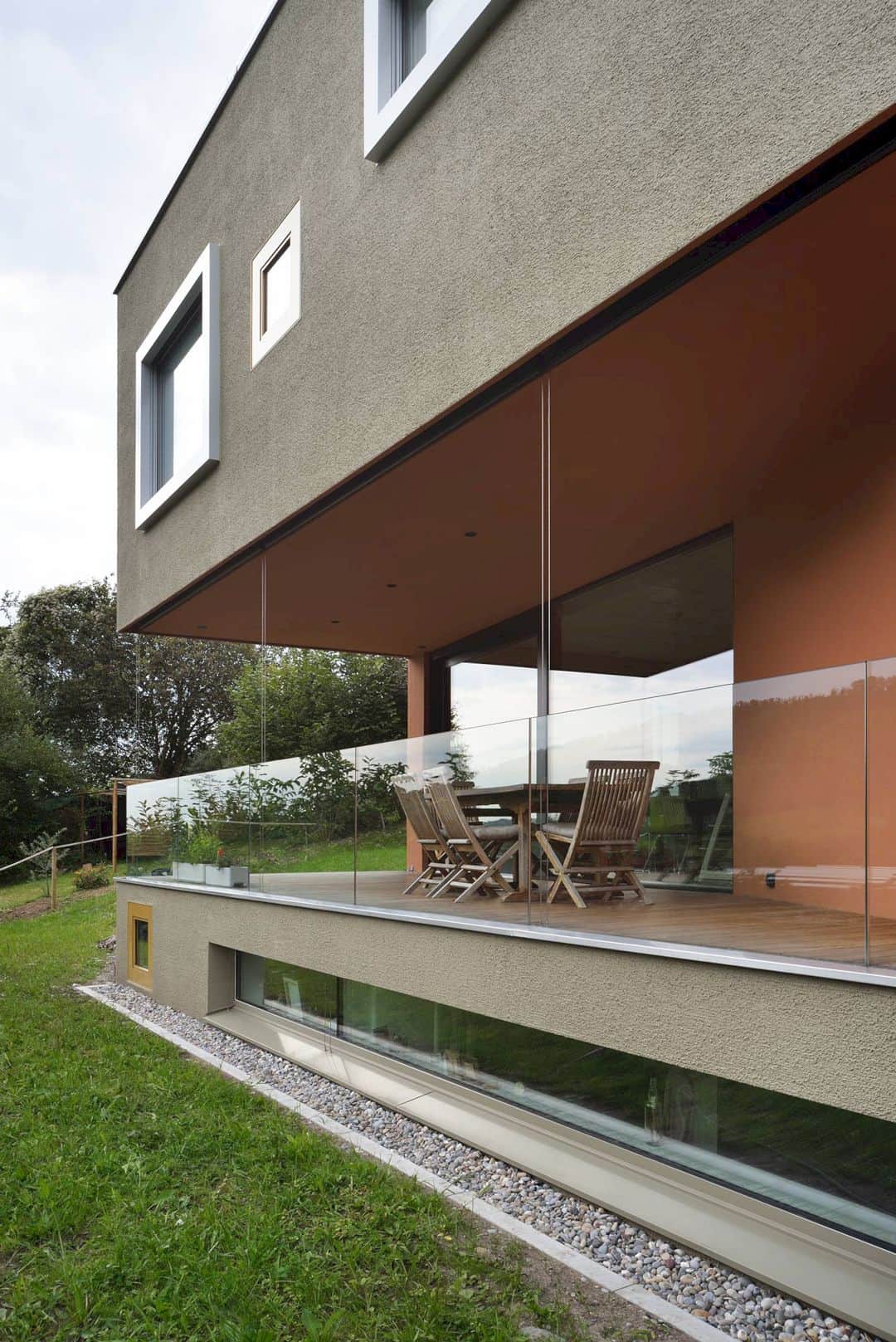 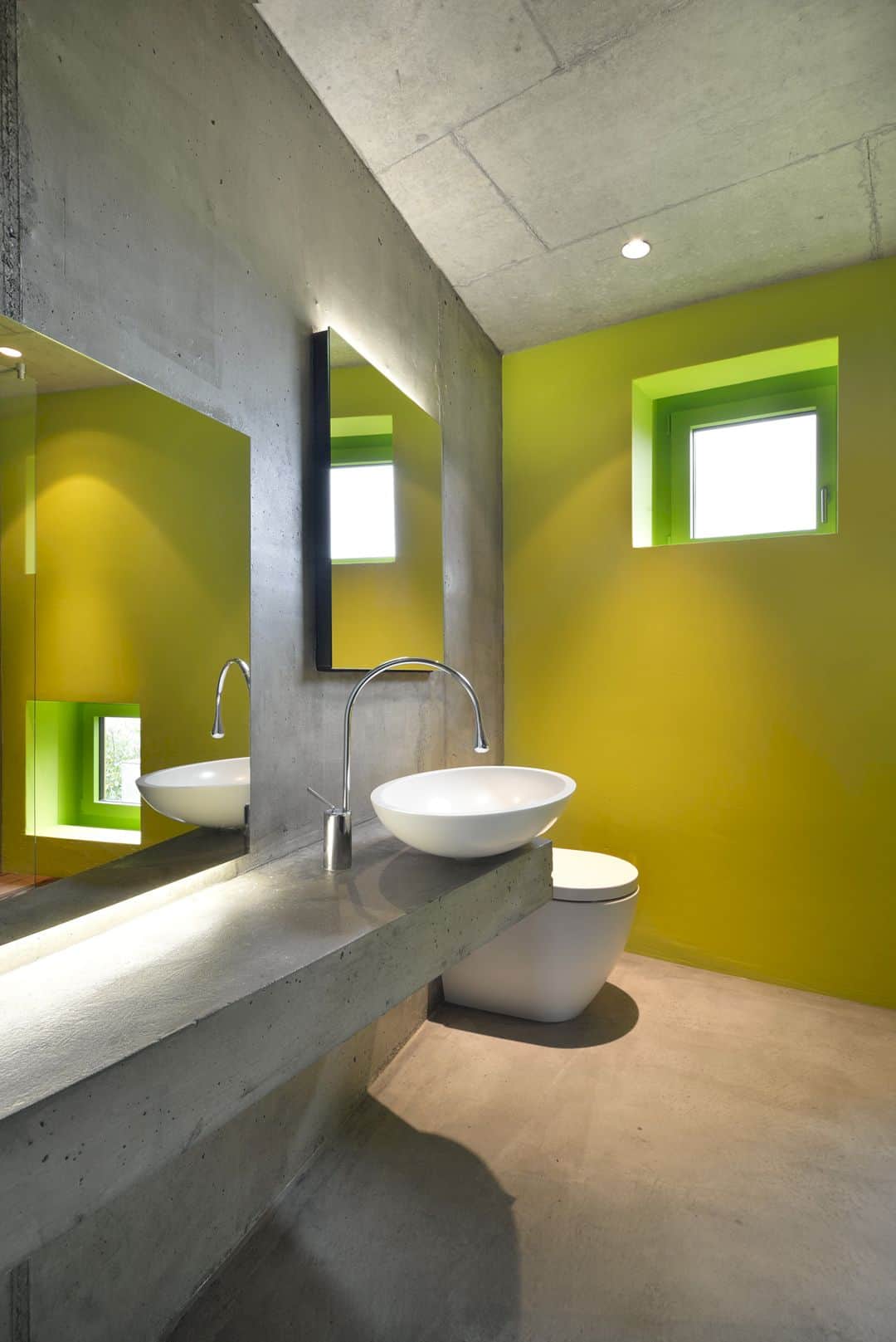 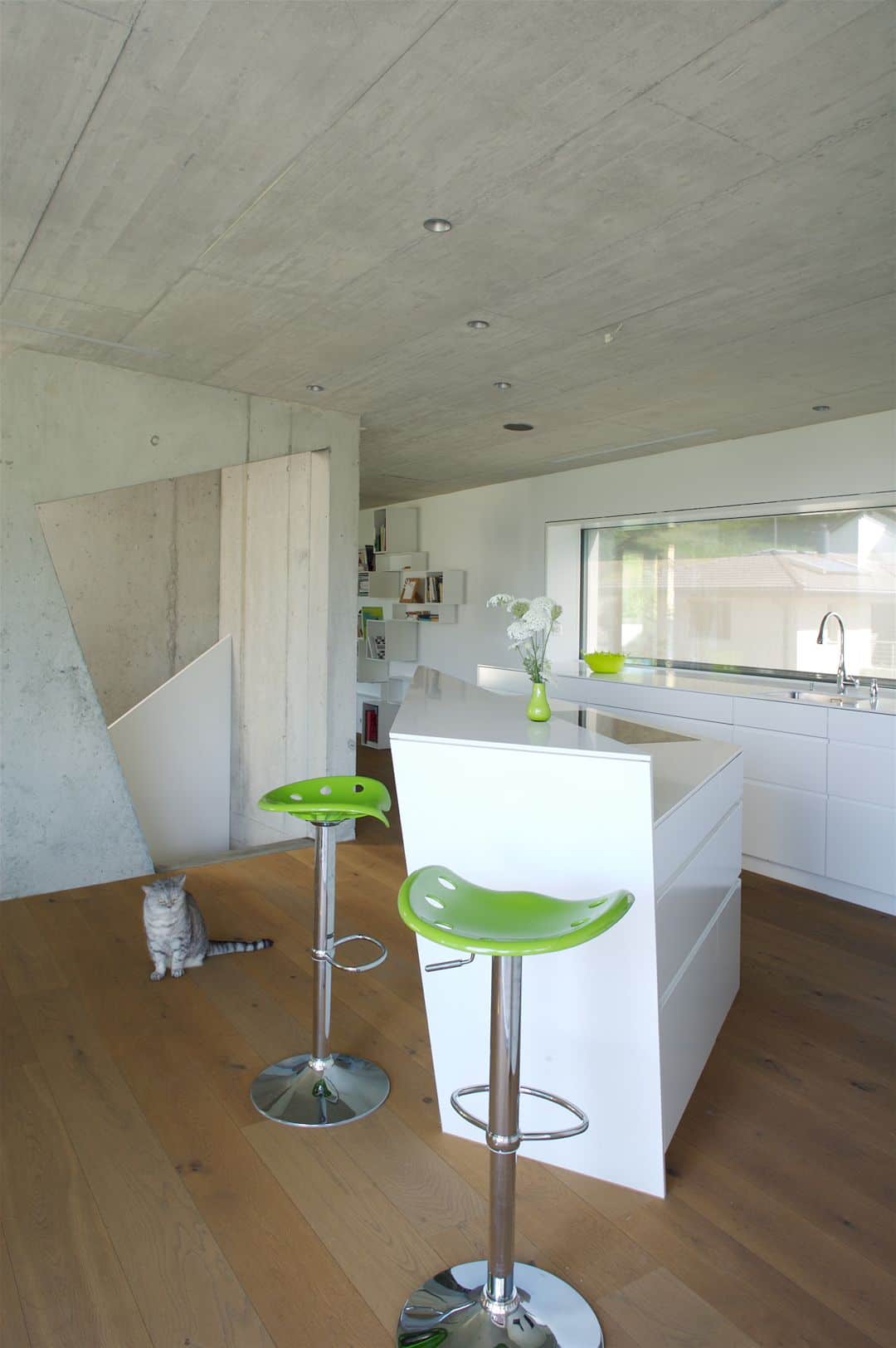 This house has a main surface that rendered with a horizontal brush and painted in a subtle green tone while the dissected surfaces are treated with a 0.5mm fine render in a brown color. The windows are also designed in two colors: the small-formed windows appear in golden tones while the protruding, box-shaped constructions are kept aluminum-colored. 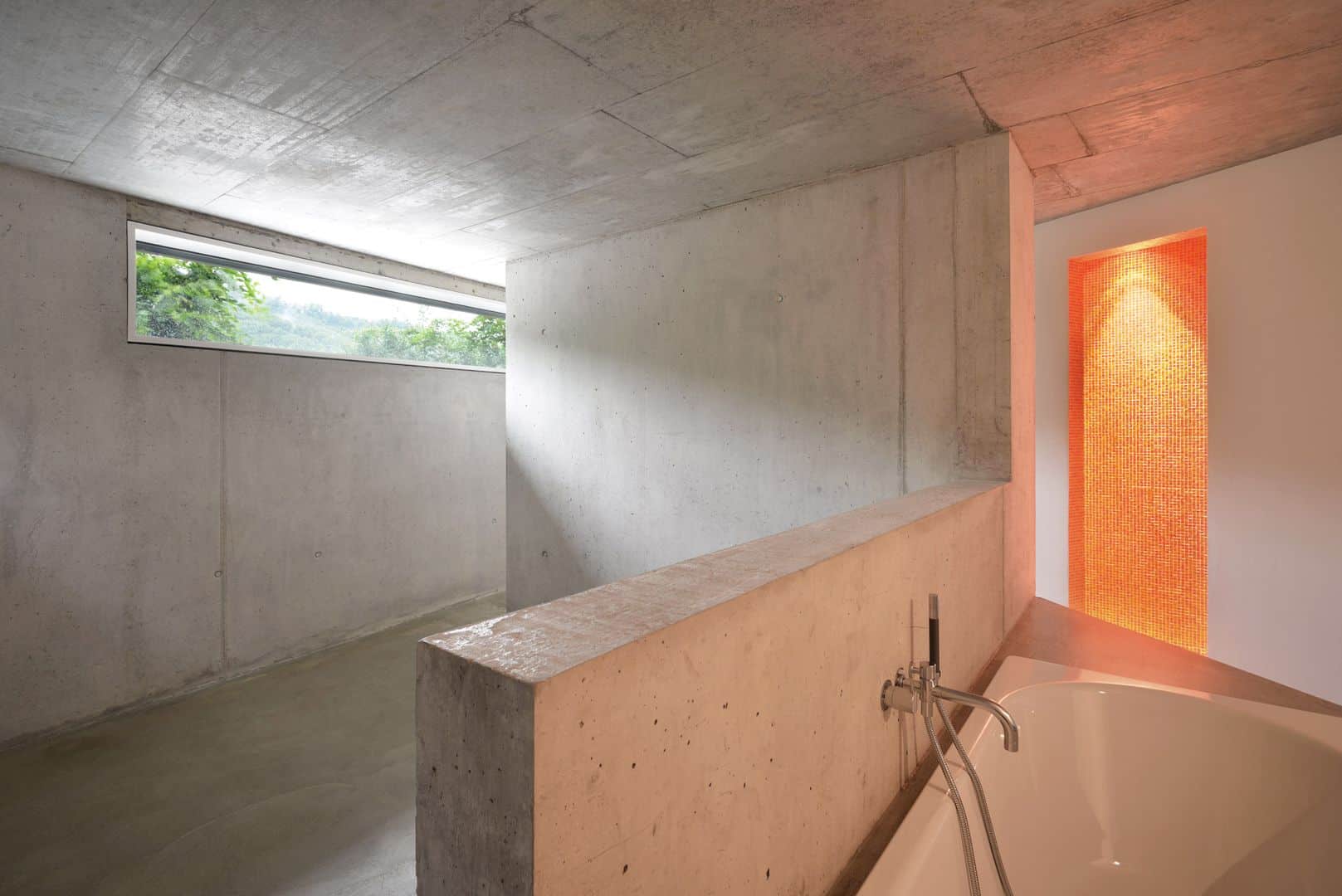 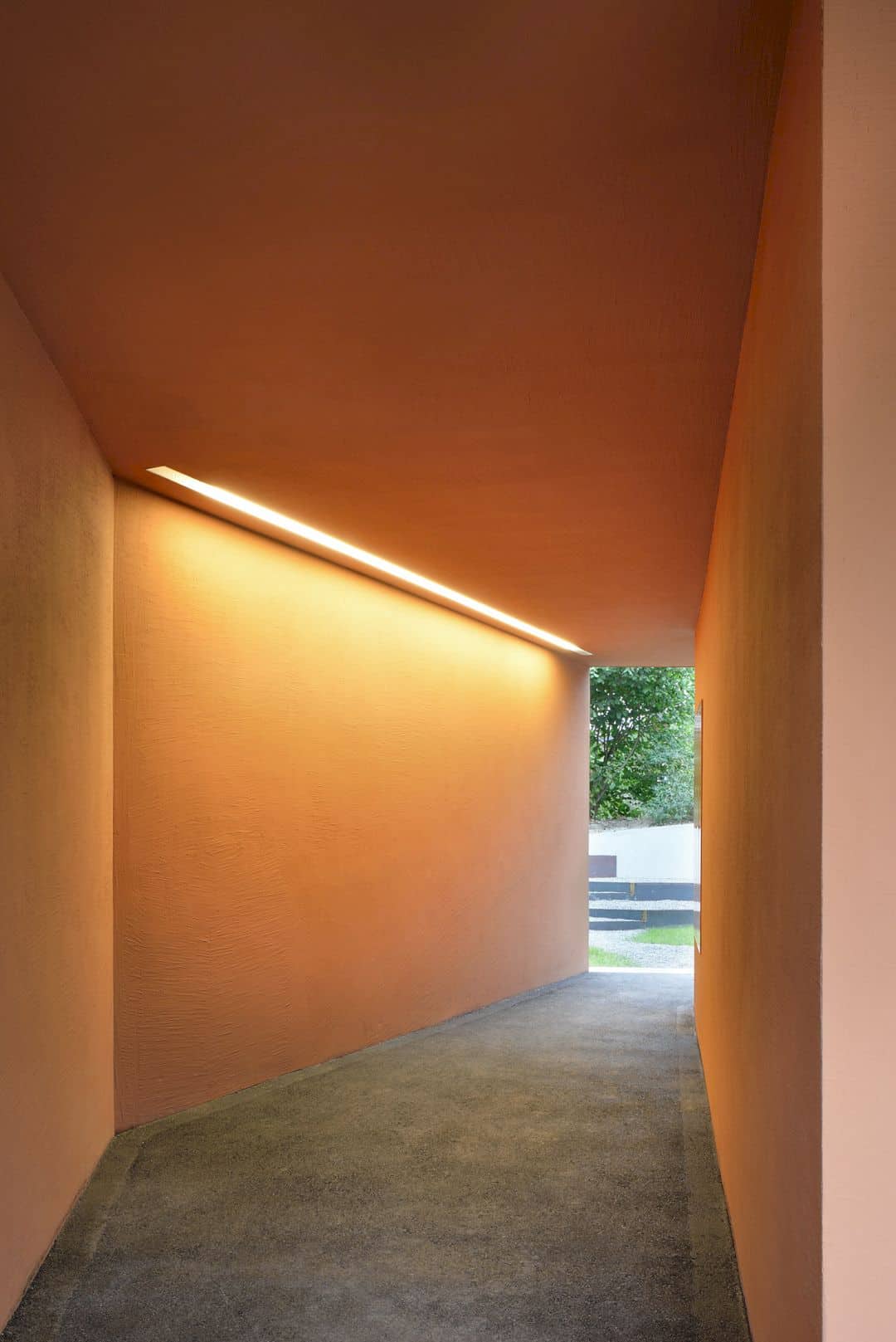 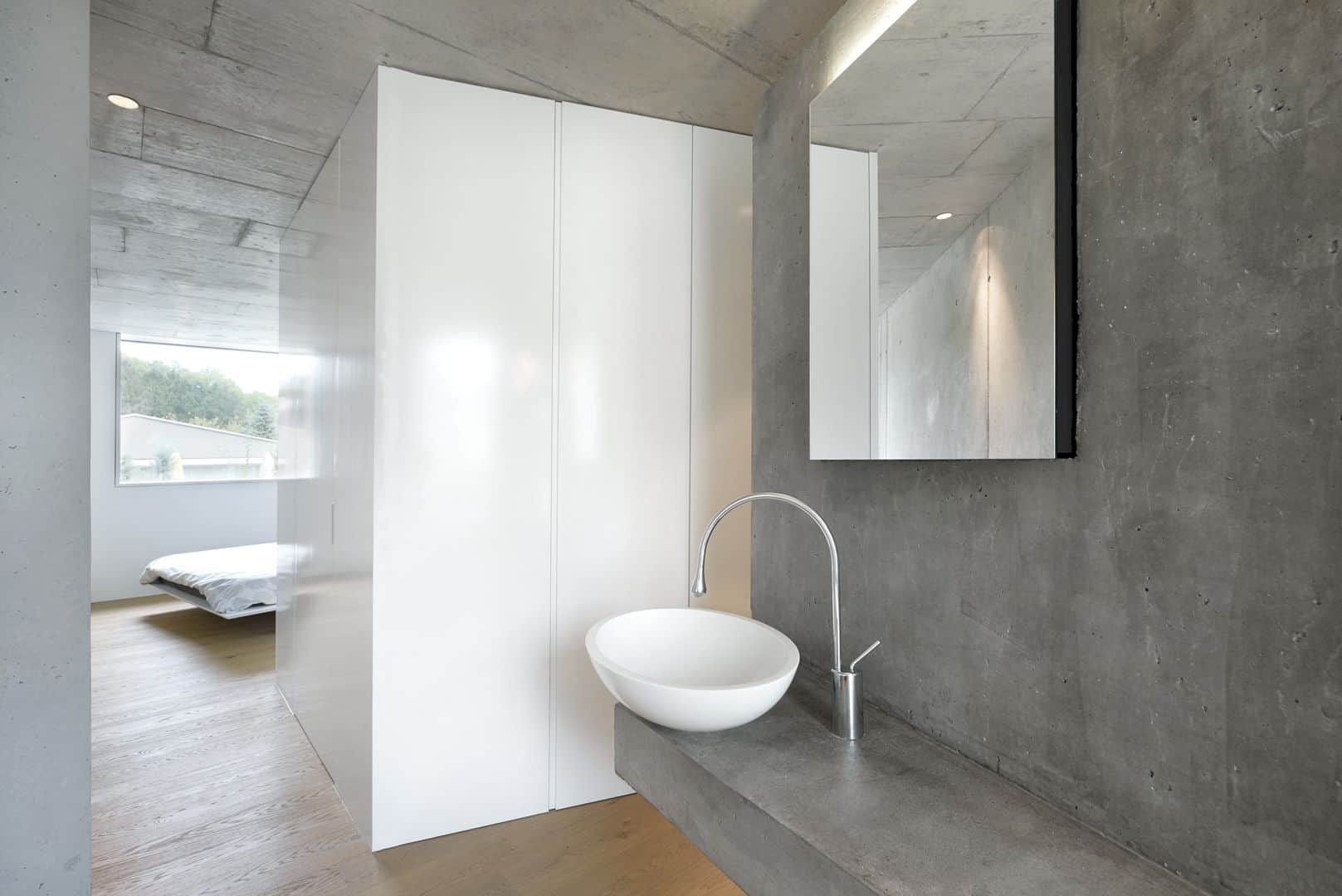 The two units have different interiors. The valley-side unit stretches from the naturally-lit sleeping area over the ground floor with a dining, kitchen, and living area. It stretches up to the upper floor encompassing the bedrooms. On the fire division wall, the continuous staircase serves as a connection to the third floor and creates a formative element of the interior. 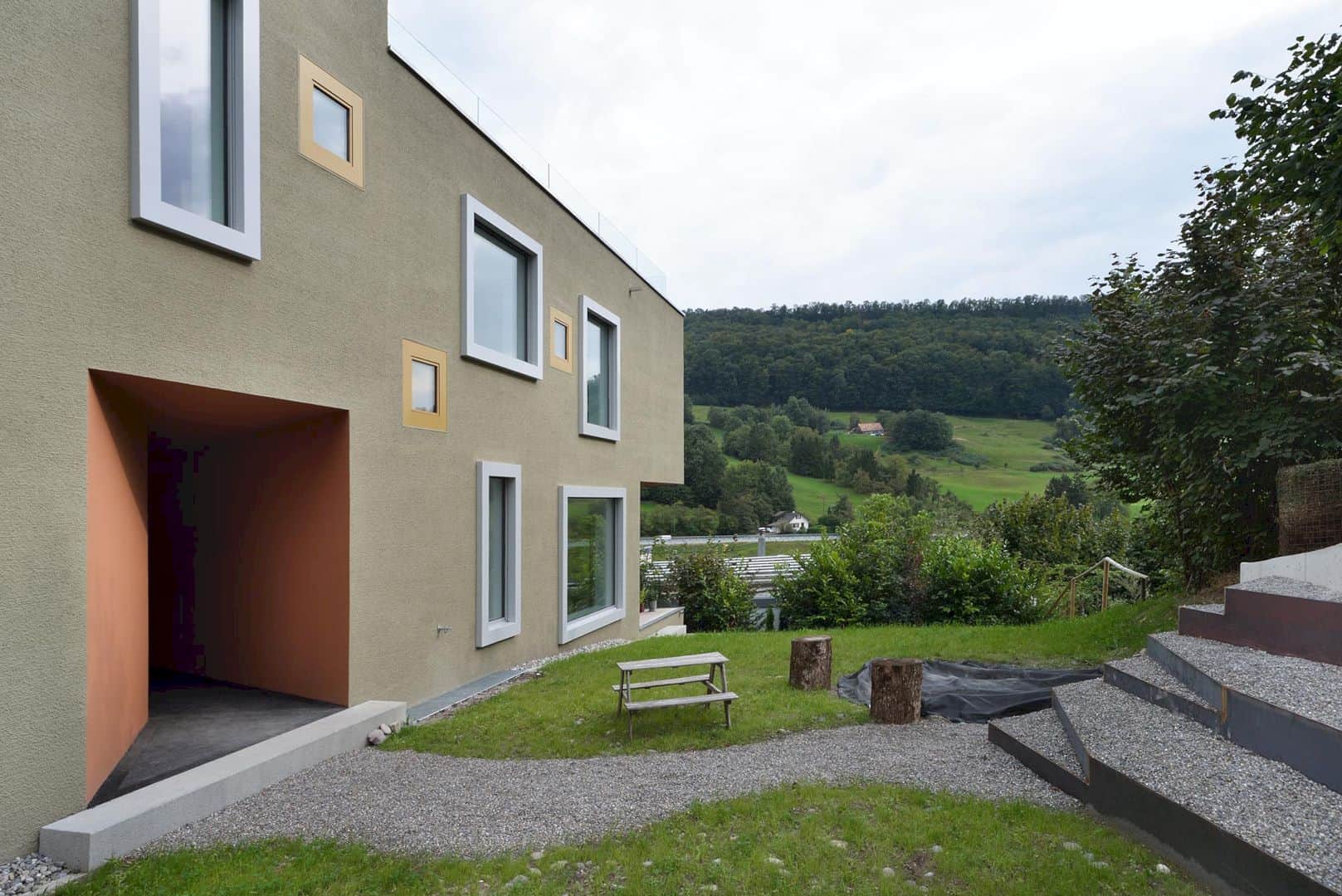 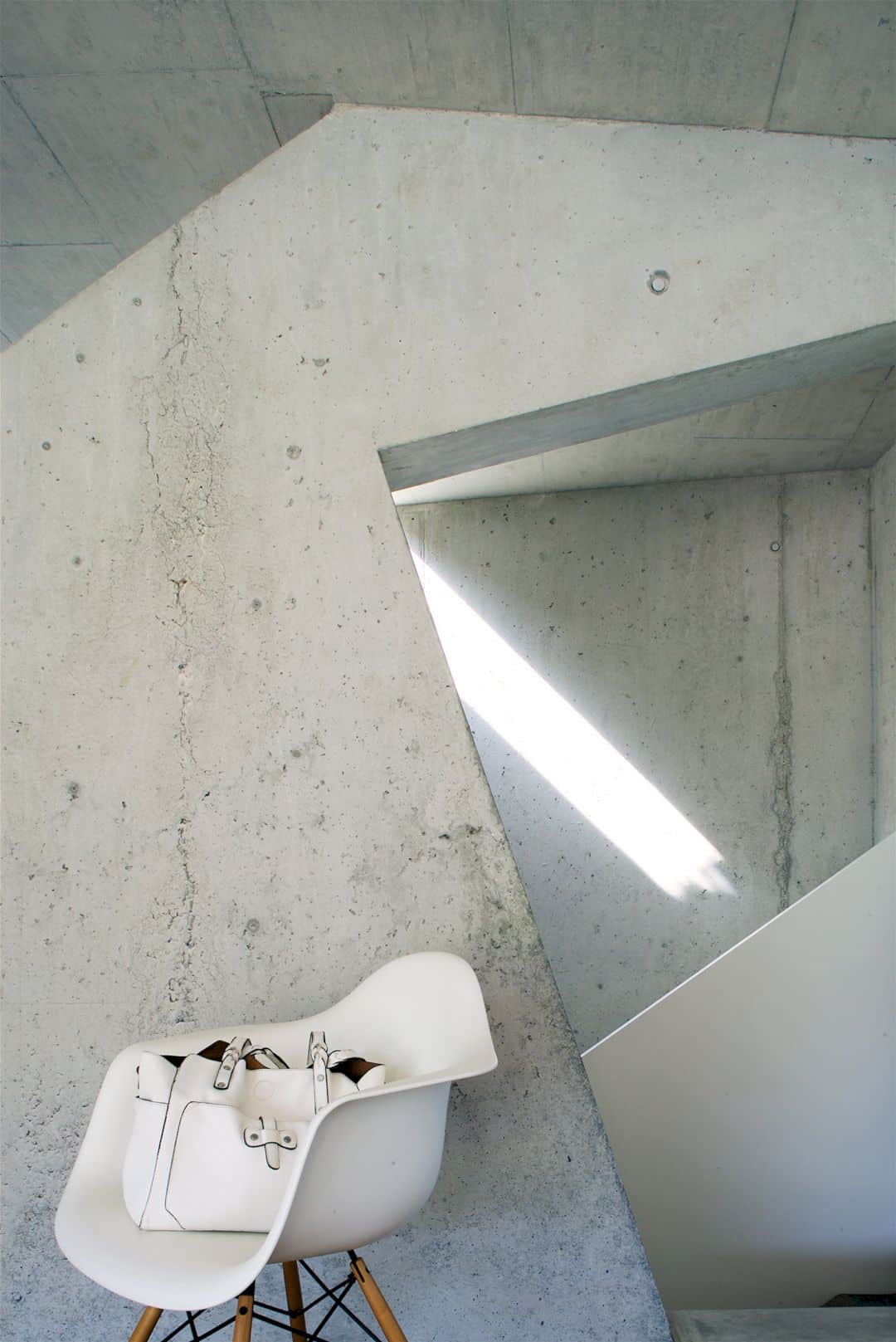