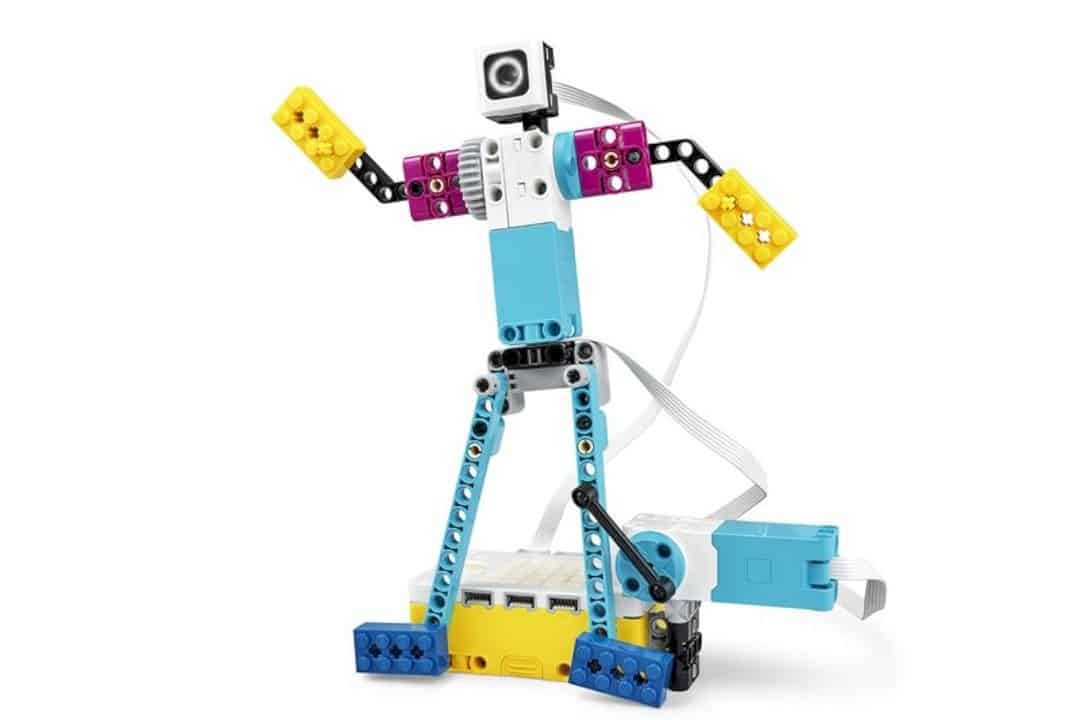 The SpyraOne project was successfully launched on Kickstarter in 2018 and in a short period of time raised more funds than was necessary for its implementation. And although the device went on sale a year later, 11 thousand SpyraOne have been sold to date, and in June this year, the second version of the water blaster comes out dubbed SpyraTwo. 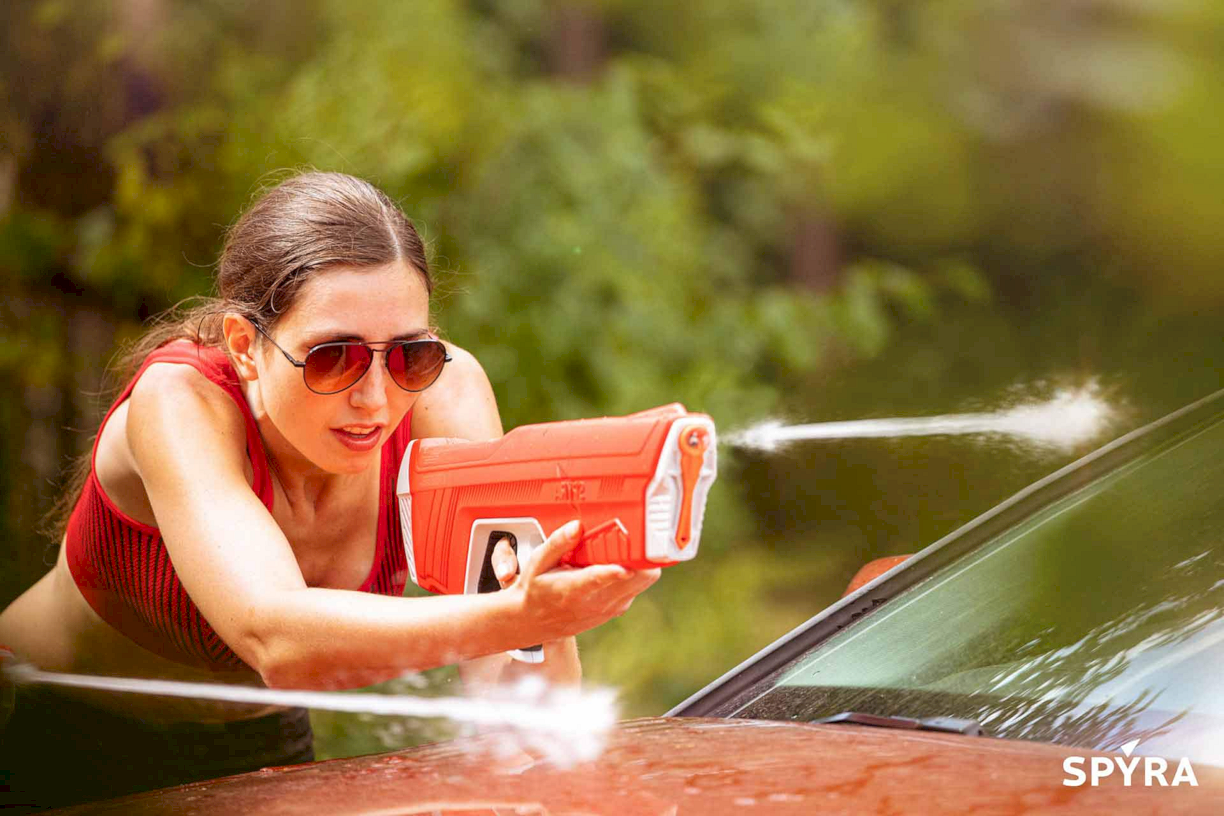 The SpyraOne digital water blaster project was presented three years ago. The idea was backed up with a futuristic digitally controlled water pistol when it hit store shelves. 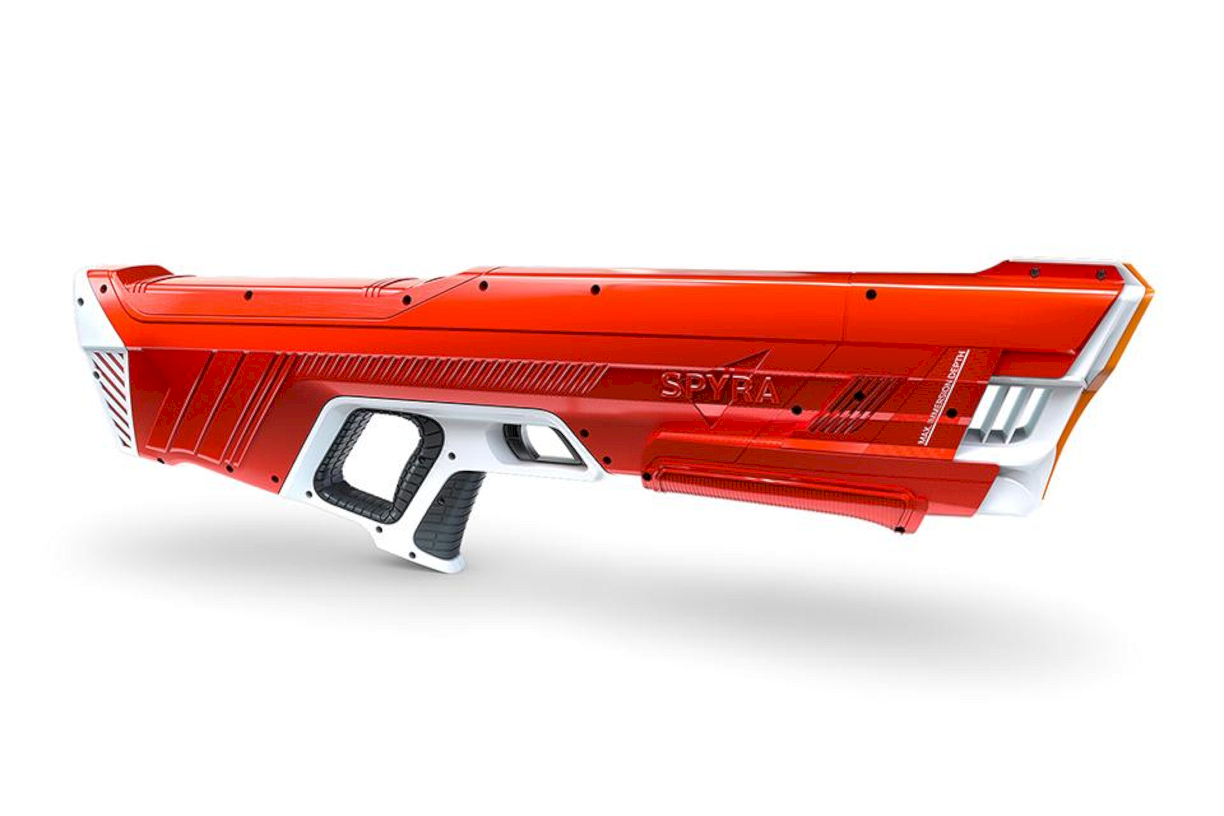 The device of the first generation fired not with a stream of water, but with bursts of water “bullets” while simulating recoil. The digital blaster screen will inform both the charge of the built-in battery and the amount of water in the tank with automatic filling.

The second-generation shoots faster and farther. The reload time of SpyraTwo has been significantly reduced and, in addition, the battery life has doubled. Now the battery charge is enough for 90 recharges (about 2,000 shots). 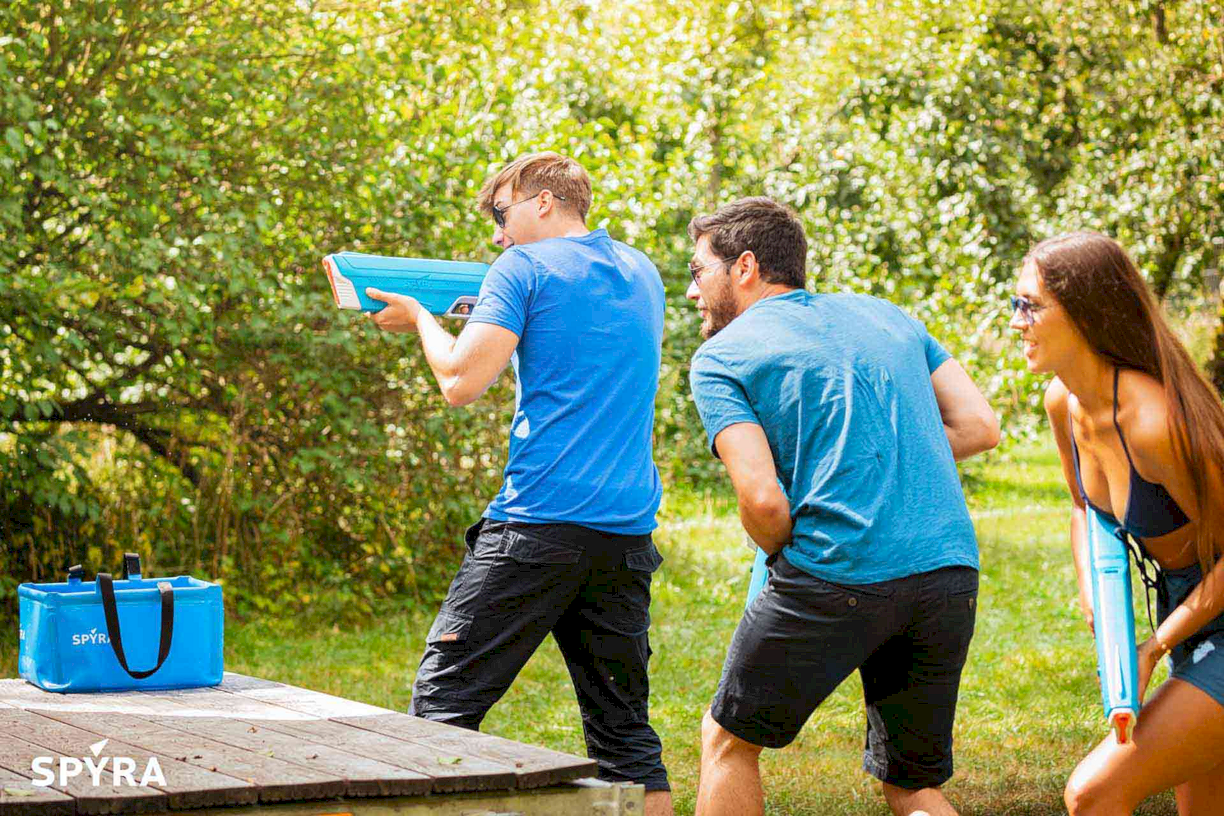 The blaster’s tactical display is now brighter and clearer. To “recharge” the blaster, you just need to dip the muzzle into the water and press the button. The device is equipped with a filter, so dirt or debris will not get inside.

A full tank of SpyraTwo is enough for 20 shots of 30 ml each. The maximum firing range is 14 meters while the effective range is 9 meters. It takes 1.1 s to prepare the first shot. 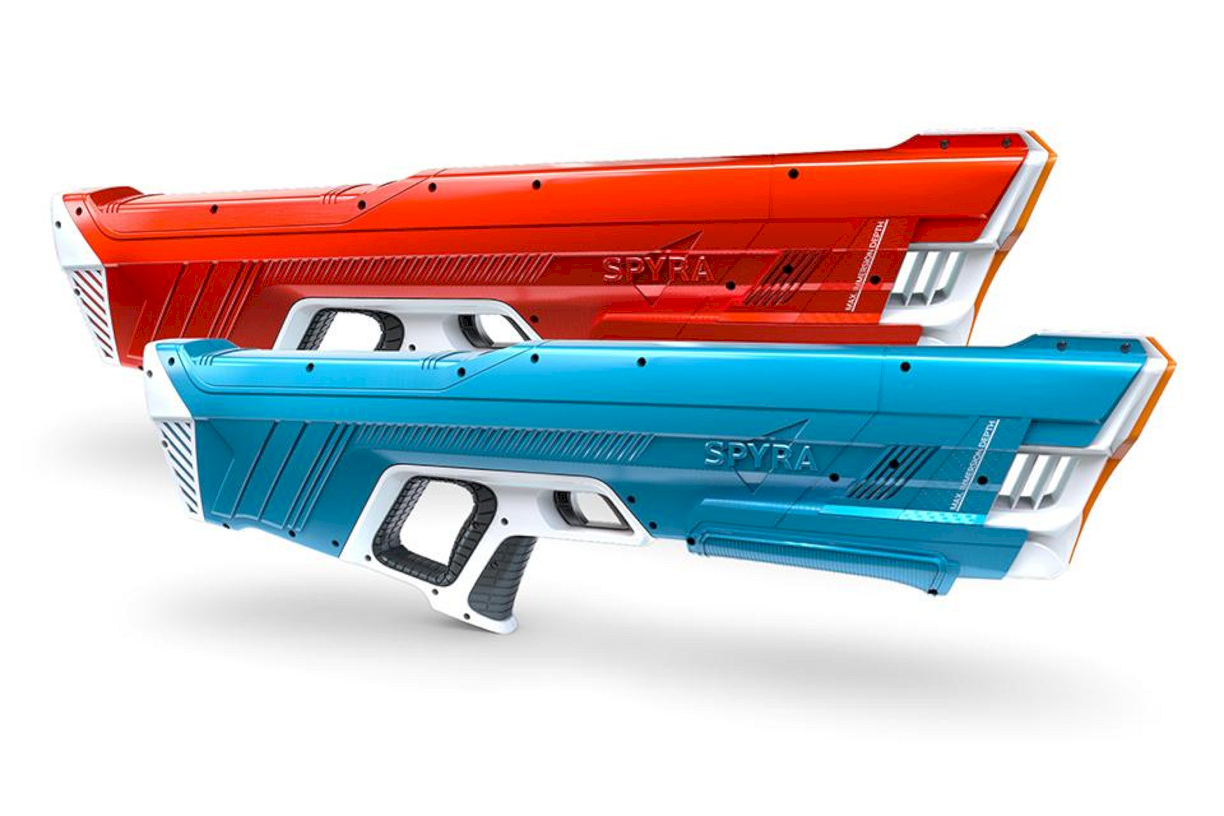 The SpyraTwo is available in red and blue. The starting price of one blaster is $169. A set of two digital water pistols will cost $309.