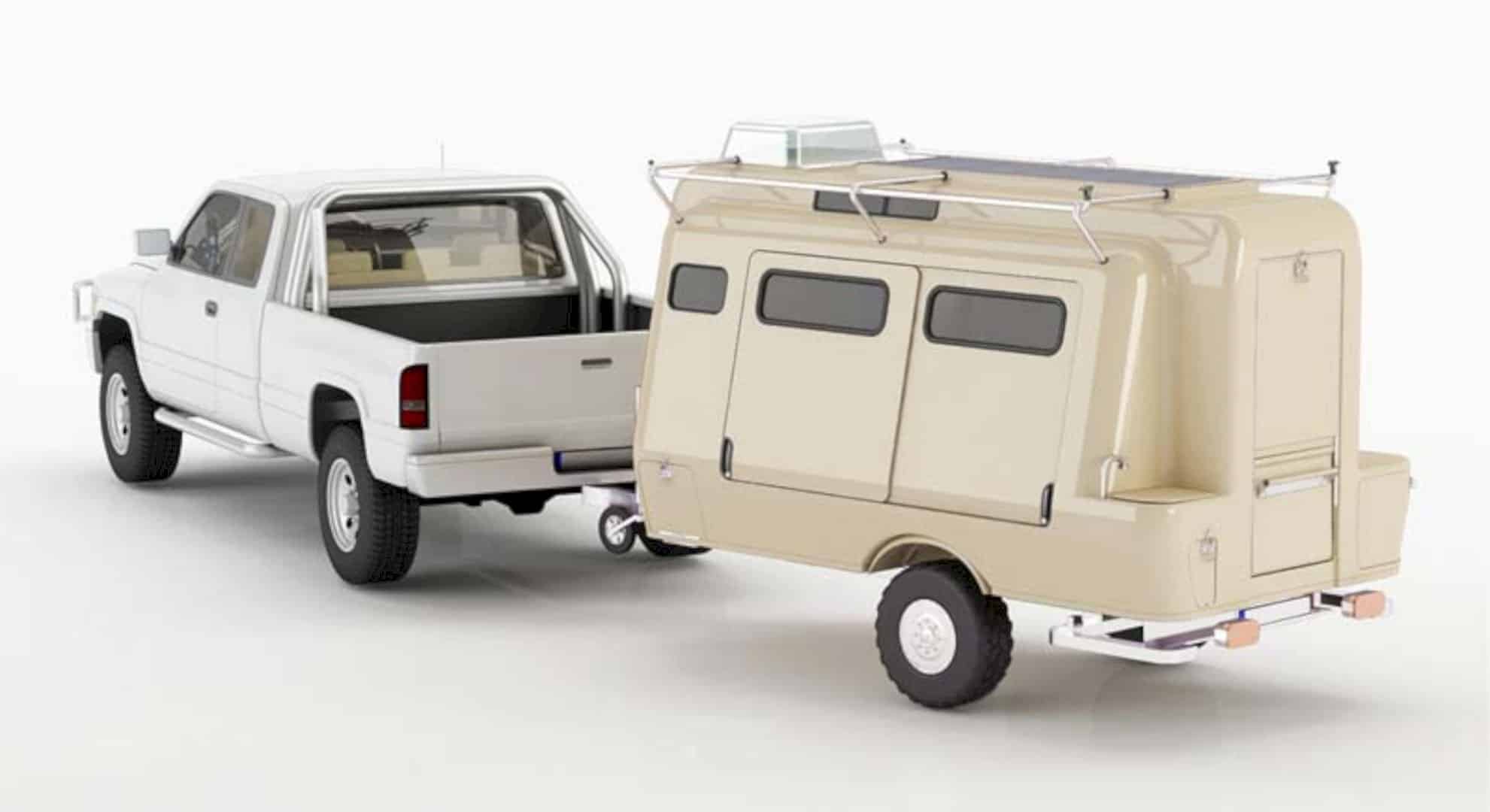 Elovan: A Camper Trailer Design for Your Own Living Space

Airstream is most talked about in their classic silver-shell camping trailer. But in fact, they are not only producing this series of products as there are also many camper houses worth seeing, such as the new camper van that has just joined the Interstate family dubbed Interstate 24X.

Airstream stated that the reason for the development of Interstate 24X is to fulfill the market demand for off-road luxury camper houses that continues to grow. 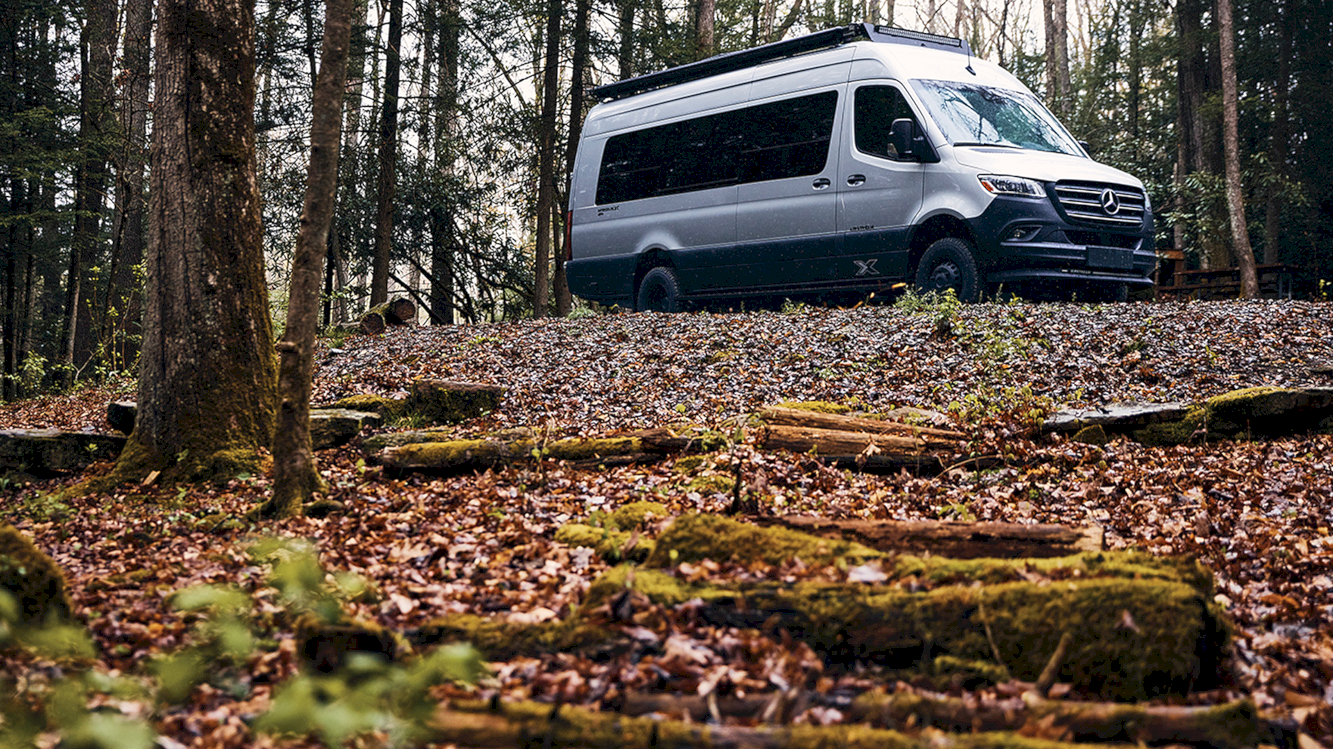 Customers hope that there will be enough space on the vehicle to place entertainment and adventure equipment, that is, motorcycles, snowboards, and sleds.

Thus, the company chose the latest Mercedes-Benz Sprinter as the basis and also used a variety of accessories and technologies from other Airstream models. 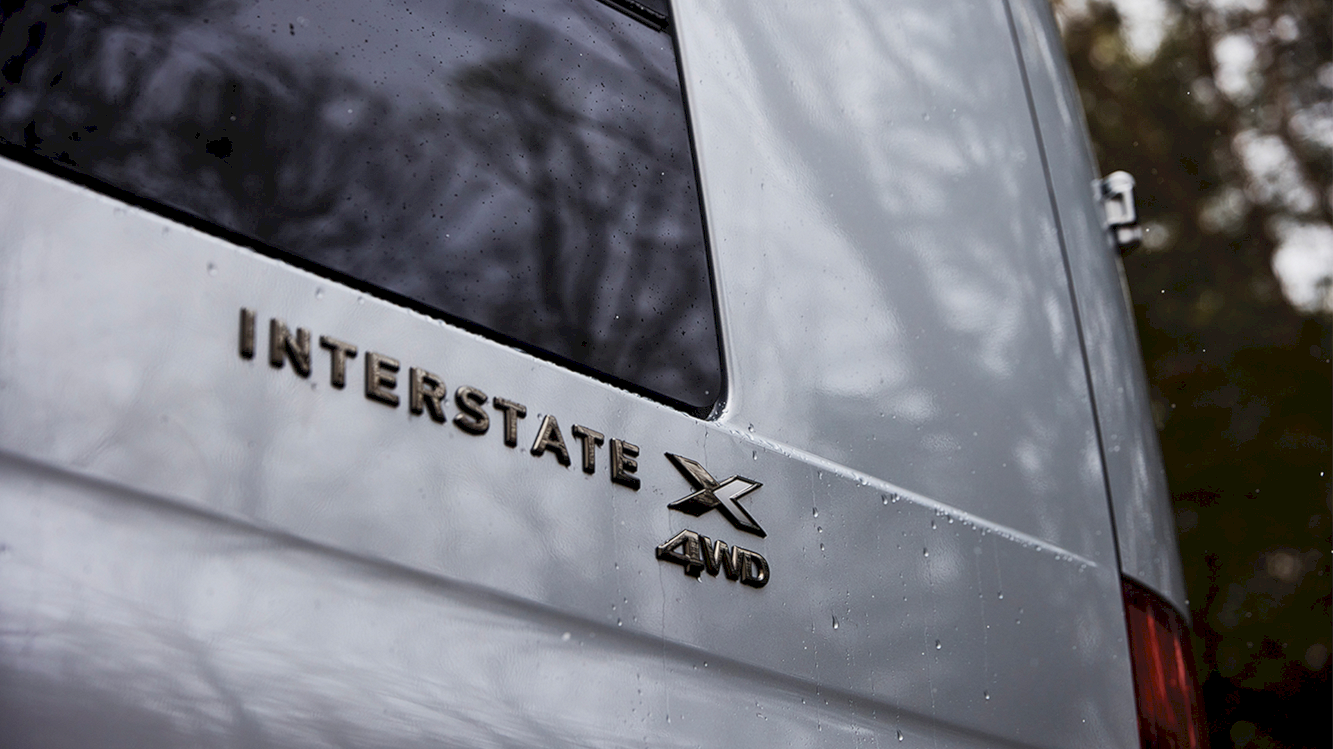 Under the hood rests a 3.0-liter V6 turbodiesel engine that produces 191 hp (140 kW) and 441 Nm of torque, which sends all four wheels through a 7-speed automatic transmission.

The key feature of Interstate 24X is the flexible rear area that can be used as a bedroom, living room, and storage area. It can accommodate up to six people.

Airstream proudly claims that Interstate 24X has the largest sleep in the Class B car house. The area, another feature not to be missed, is the spacious bathroom. The size of the space can surpass most people’s perception of Class B. 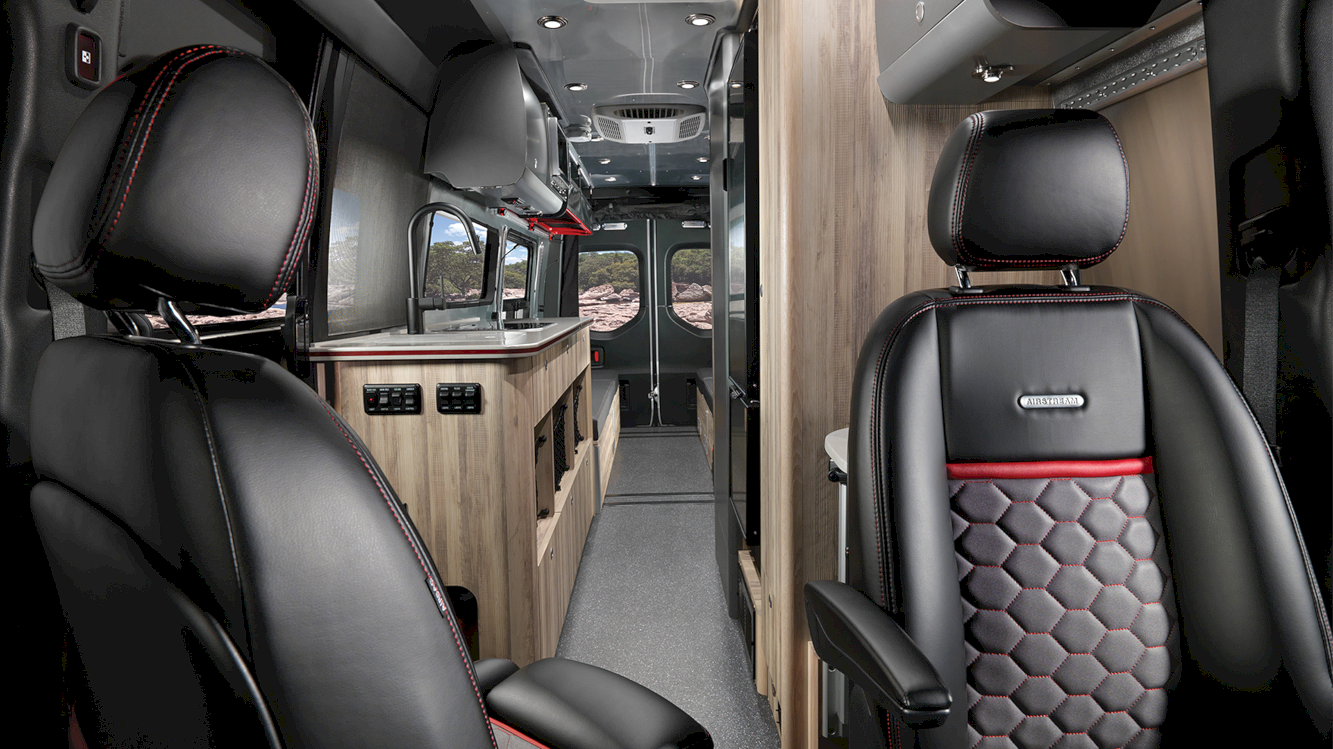 As a camper house with off-road features as a selling point, the Sprinter chassis is naturally equipped with a four-wheel-drive system.

On the lower part of the car body, Airstream has applied an ultra-durable protective coating to allow customers to explore the world while extending the insurance as much as possible.

Among the equipment, there are two 100 Ah lithium Battle Born batteries, a 30 A power management system, a 2000 W power inverter, 300 W of flexible solar panels, an additional 100 W solar panel for the battery chassis, and a solar controller with inputs for additional portable solar panels. 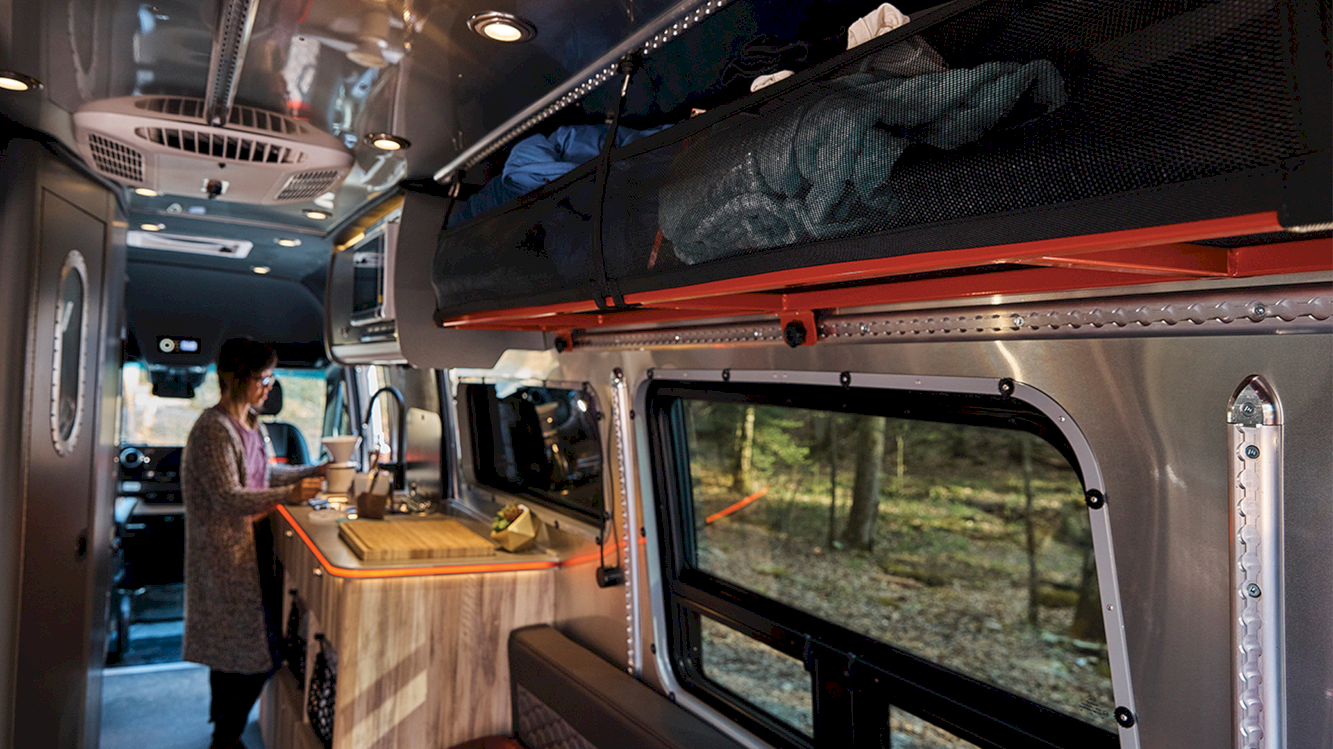 There is also a 2.5 kW Cummins Onan generator with automatic and remote start, a Bluetooth speaker system, an air conditioner, and a Timberline heating and hot water system.

The Airstream Interstate 24x is marketed starting from $213,850 and is currently available throughout Airstream dealers all over the US and Europe. 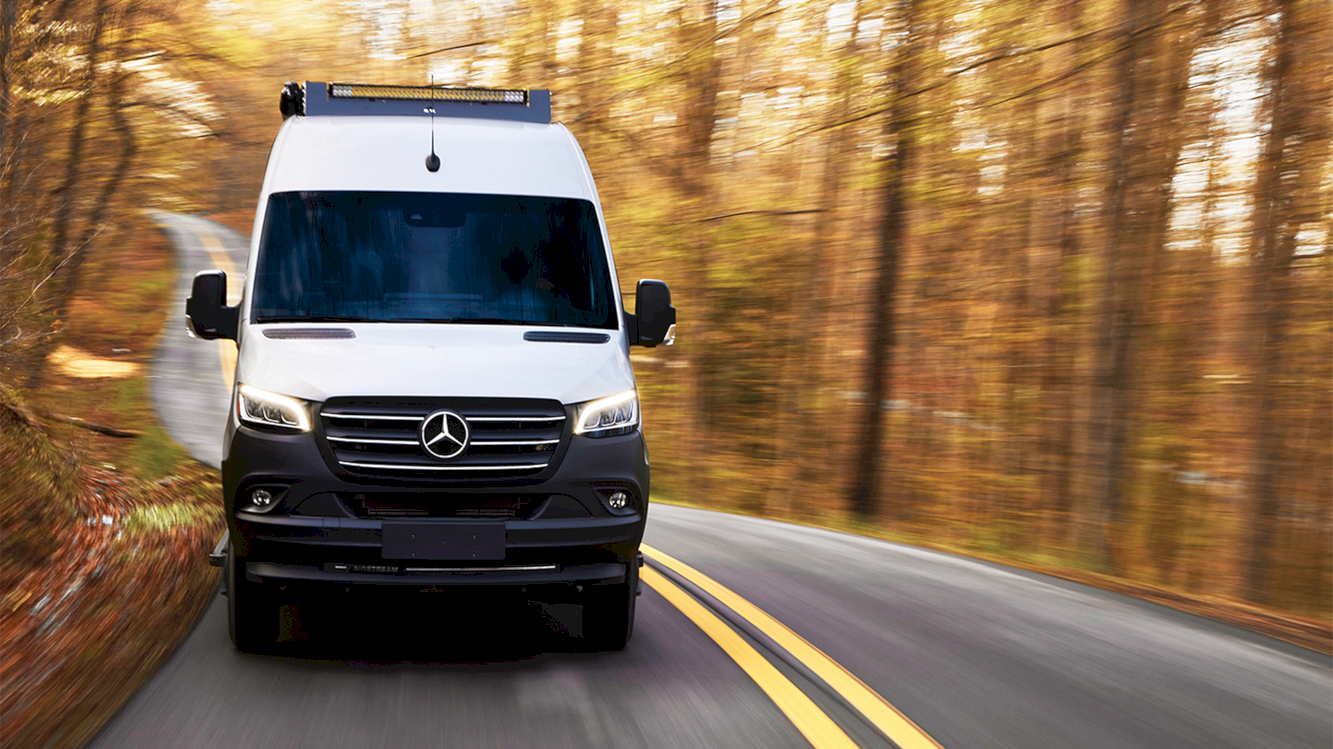