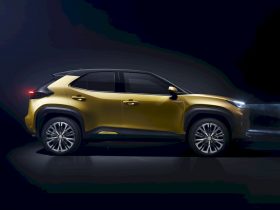 The Archetypal Hunter became the main designation of Aston Martin Vantage. The meaning refers more to the physical strength that was possessed by an Egyptian hunter in the past.

Of course, this brand-new New Vantage model has the promised aerodynamic performance capable of producing low air pressure and can prevent rear-wheel shocks at the same time. The latest generation of Aston Martin Vantage is also equipped with an aggressive cockpit that usually found in F1 cars.

The biggest change is in the stern of New Vantage which gets all the new touches, from the taillight, the position of the cat’s eye, to the new diffuser.

Entering the cabin, the interior atmosphere of Aston Martin Vantage is dominated by black, Vibrant Lime Essence on the Console side and nicely decorated with white stitching accents.

Dashboard filled with black color armed with qualified features. The Aston Martin Audio System became the first interesting thing that got the attention. With an 8-inch LCD screen, the resulting sound quality is fairly clear and quality.

All entertainment access can be activated via Console on the center side of the dashboard. Not to mention, the Pointless Mouse Touchpad is available that makes it easy for the driver to choose all the entertainment on an 8 inch LCD panel. 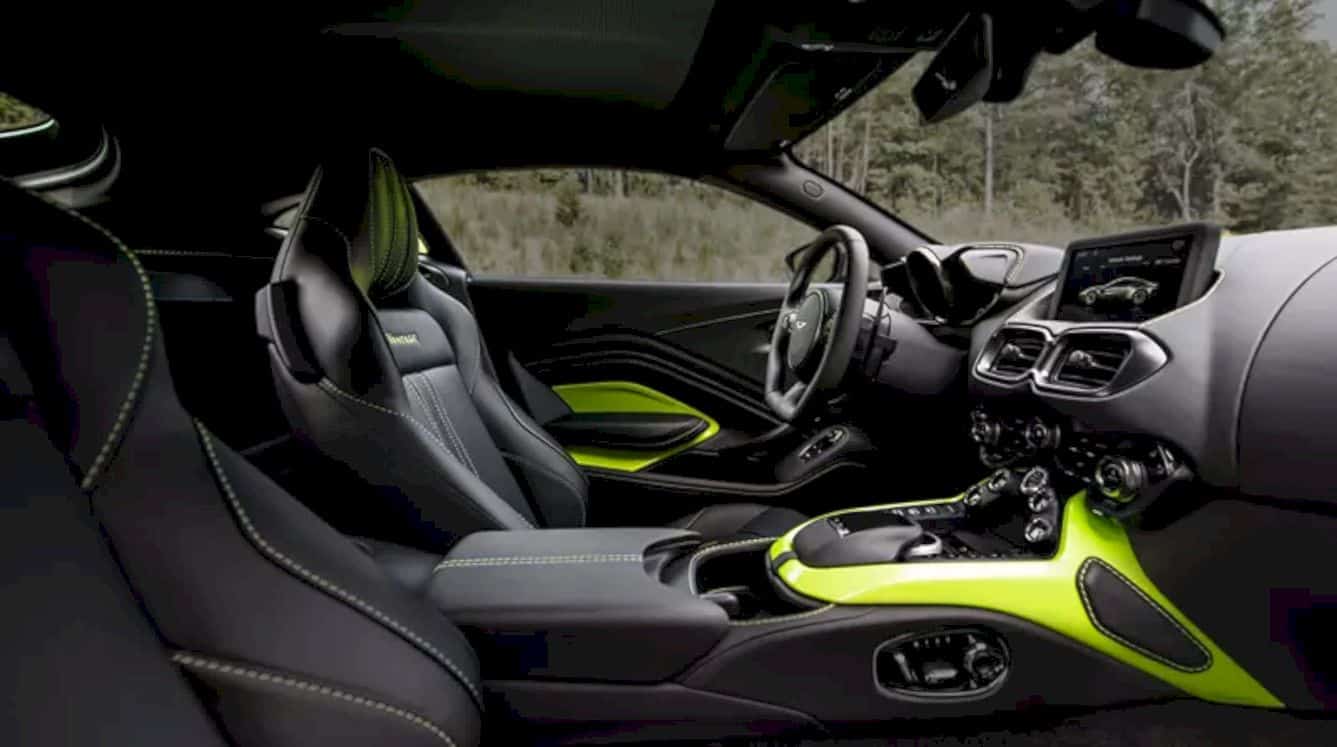 Besides being able to present video and audio, the screen can display navigation functions that are already connected to the satellite system. 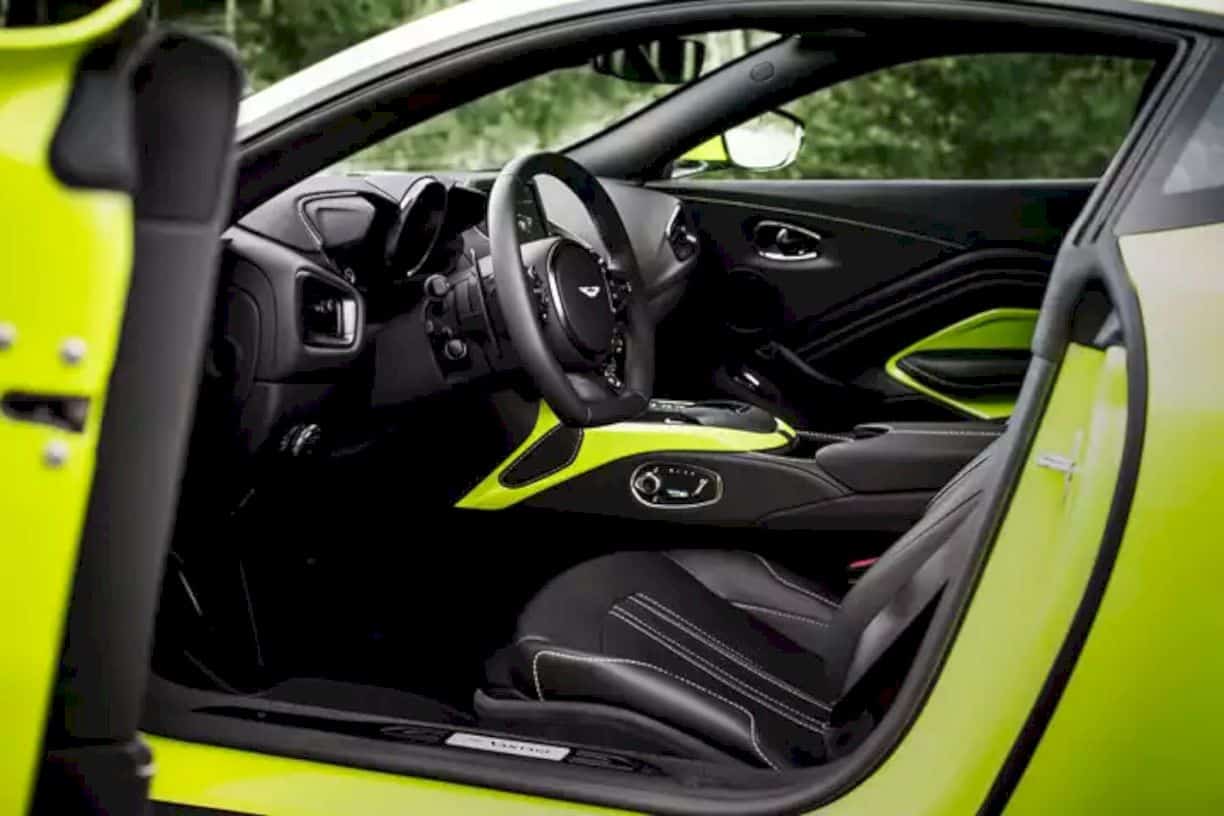 Aston Martin Vantage packed a lot of features such as Dynamic Torque Vectoring, Dynamic Stability Control, and Adaptive Damping. In the process of activating the technology, it requires harmony with several components like the movement of the suspension, torque adjustment, and Throttle response. 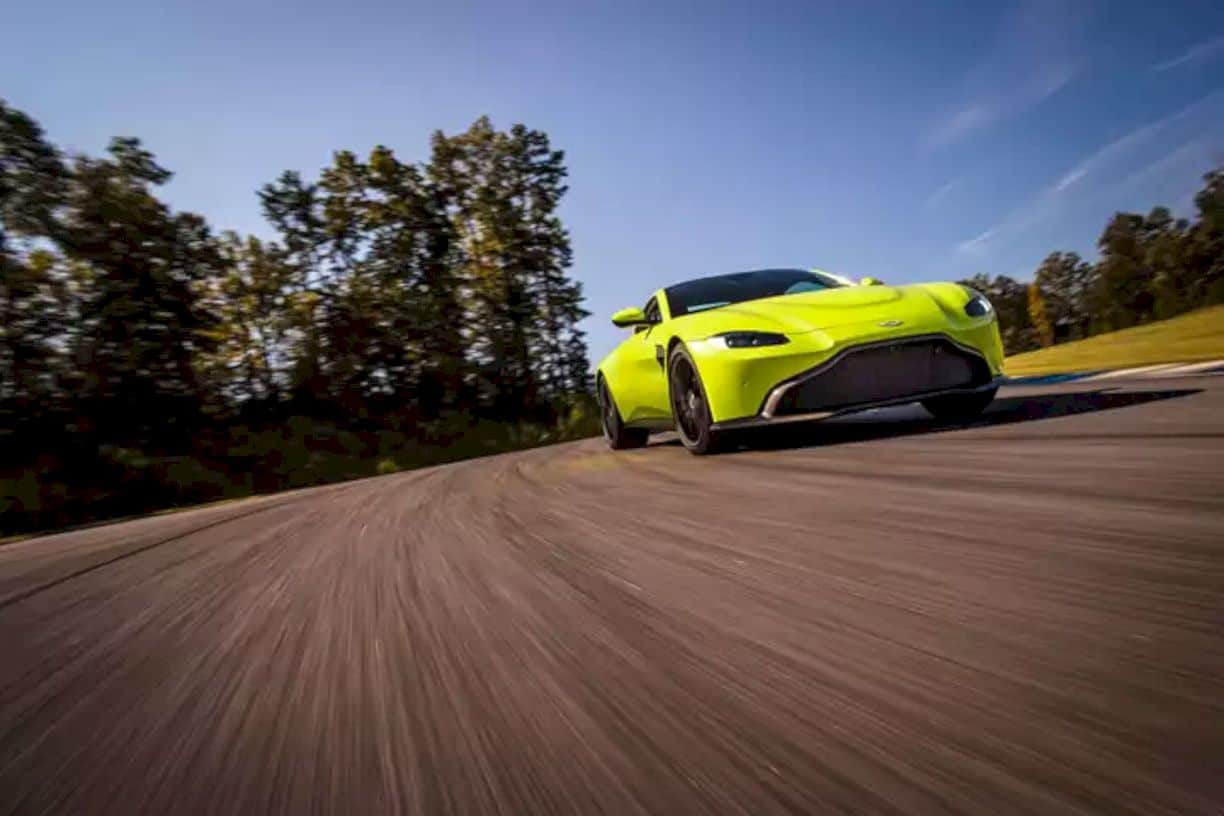 To facilitate the mechanical system, Aston Martin Vintage provides three driving modes Sport, Sport Plus, and Track that the driver can choose according to their driving style. 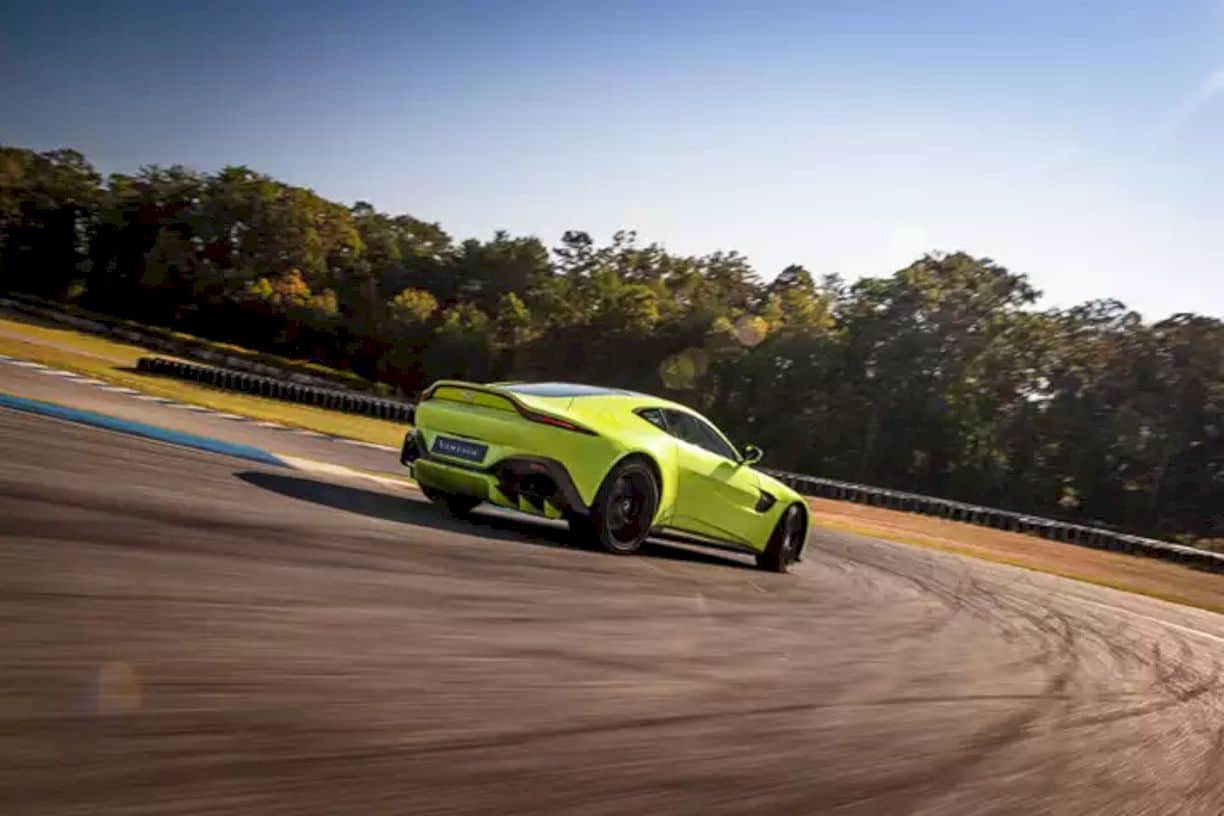 Aston Martin Vantage engine operation applies the unified specifications of the Mercedes-AMG M177 which is 4.0 Liter Twin-Turbo V8. The power generated is at 510 PS equivalent to 6,000 Rpm and a maximum torque surge of 685 Nm at 2,000 to 5,000 rpm.

The engine concoction was applied with the ease of transmitting 8 levels of ZF acceleration so that it was able to accelerate from a point of rest to 100 Km/Hour in just 3.5 seconds.