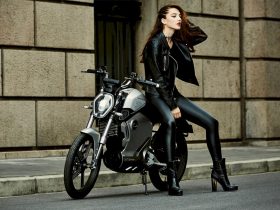 Super Soco: Start into a new era of E-Mobility

In terms of urban mobility, the future undeniably belongs to electric scooters. And the clean two-wheelers of the future could also drag the most sporty feature, like the last prototype imagined by BMW, the Concept e that was first unveiled in Frankfurt. 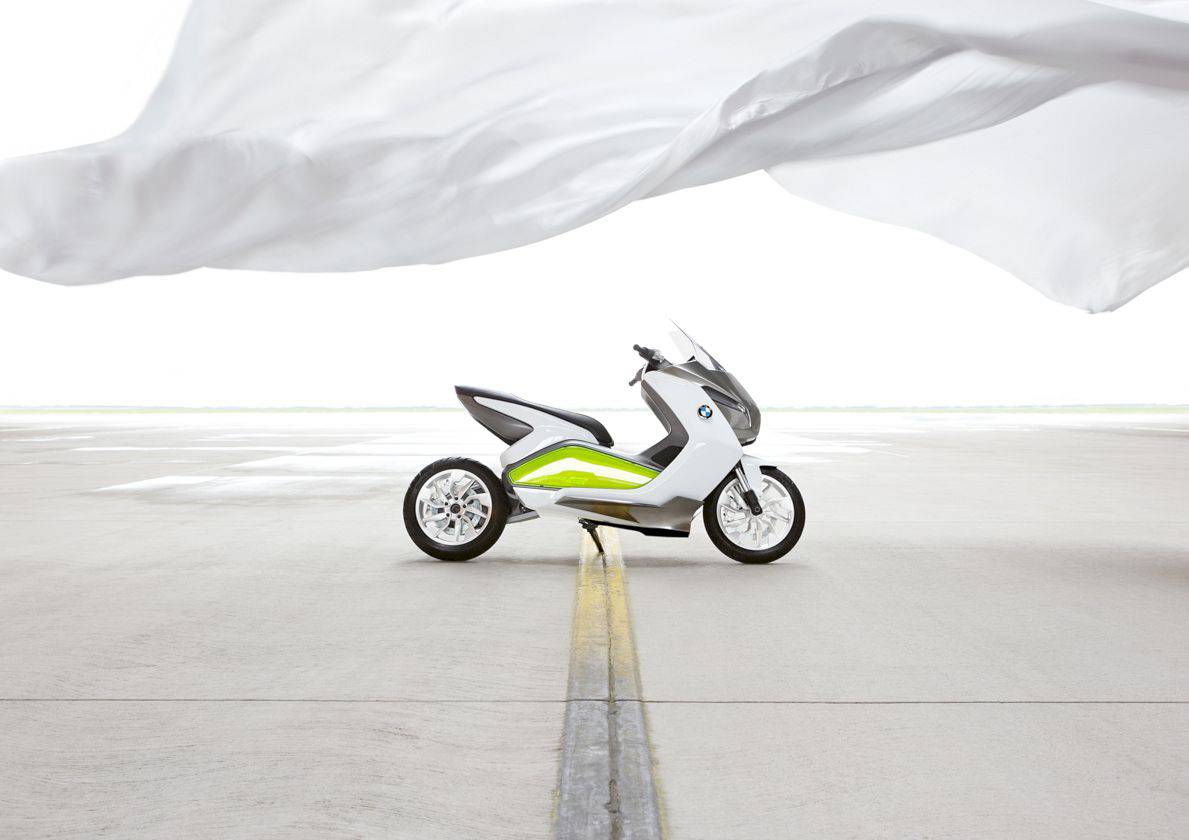 Definitely, to mark its return to the scooter segment, BMW Motorrad never stops innovating and continues to imagine vehicles that it imagines meeting the needs of the urban mobility of tomorrow. After the presentation in 2010 of Concept C, the German manufacturer presents a new vision of the scooter of the future, called “Urban Mobility” 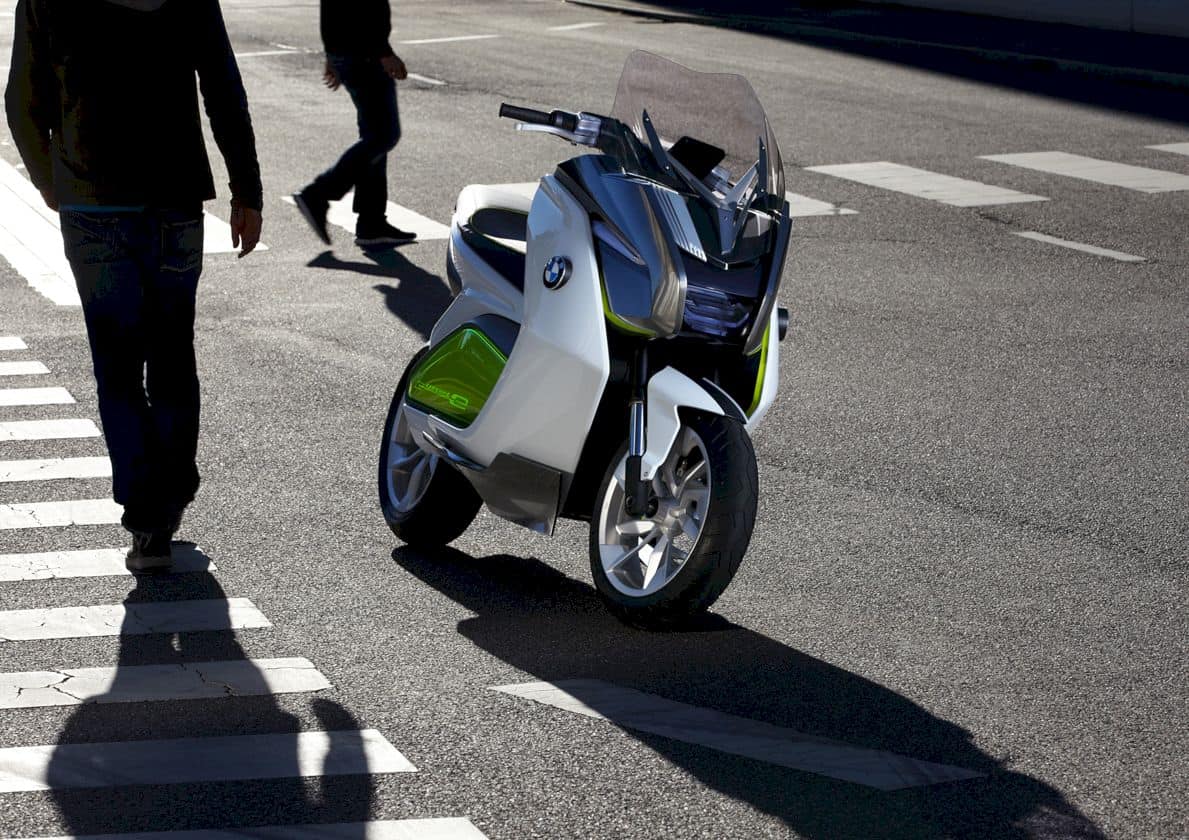 The e-Scooter is powered by an electric power plant, but the Concept e goes much further, both for its design and for its ambitious on-board technical solutions. Simply put, the Concept e exhibits bold new forms. 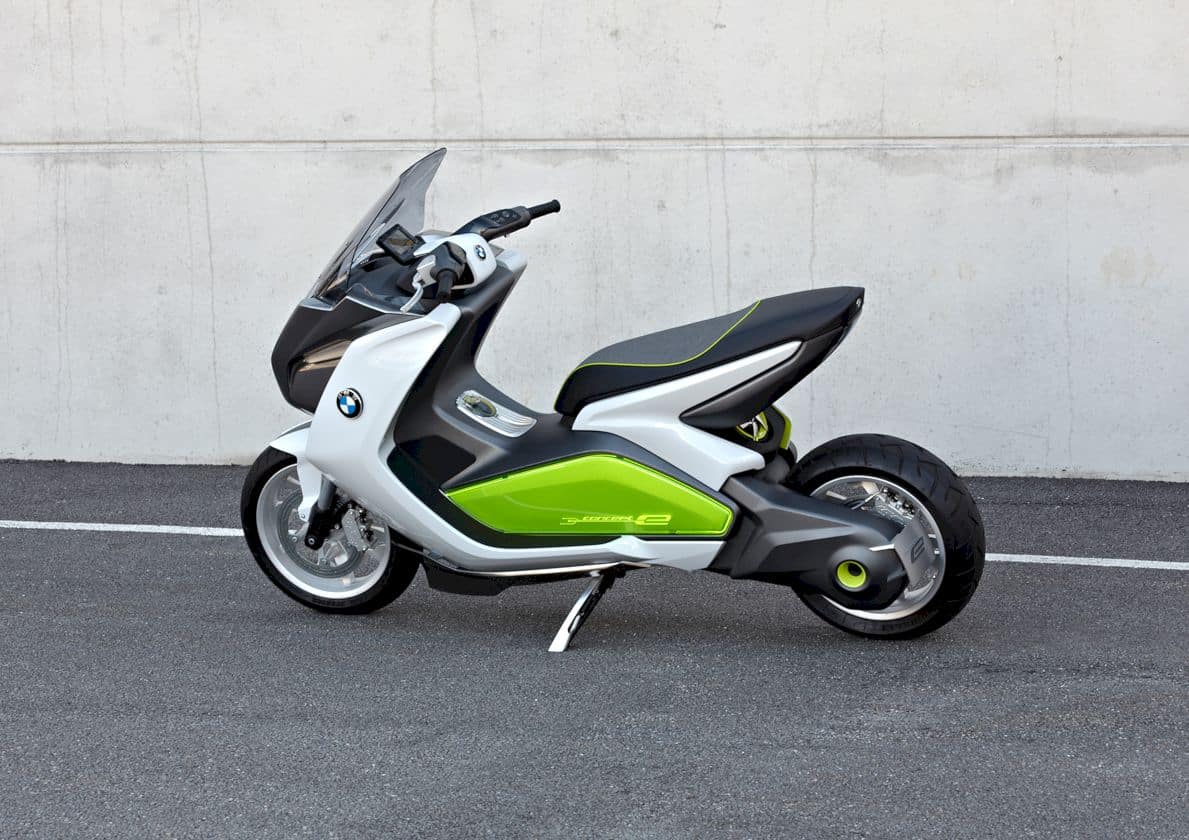 The drive system as much as the parts housing the high-tech mechanics of the machine are remarkably highlighted by the shapes of the different fairings, but also the colors of the Concept e. Thus, with sparkling white and black and gray chrome parts, a sumptuous electric yellow is juxtaposed on the body parts (in acrylic glass) covering the battery and the powertrain. 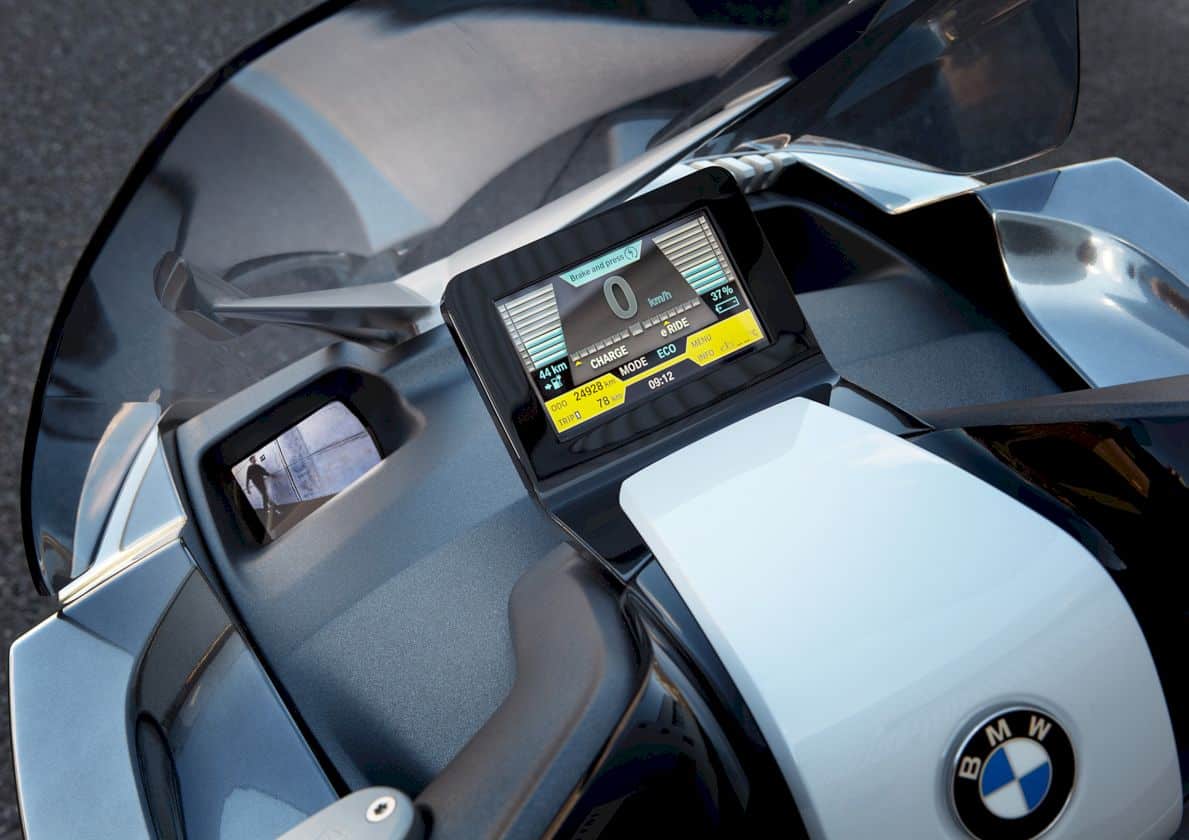 Multiple small parts are covered in milled aluminum to enhance the high-end appearance of this BMW Concept e scooter. Note that the cover of the electrical outlet installed in the central tunnel is also made of translucent synthetic material. 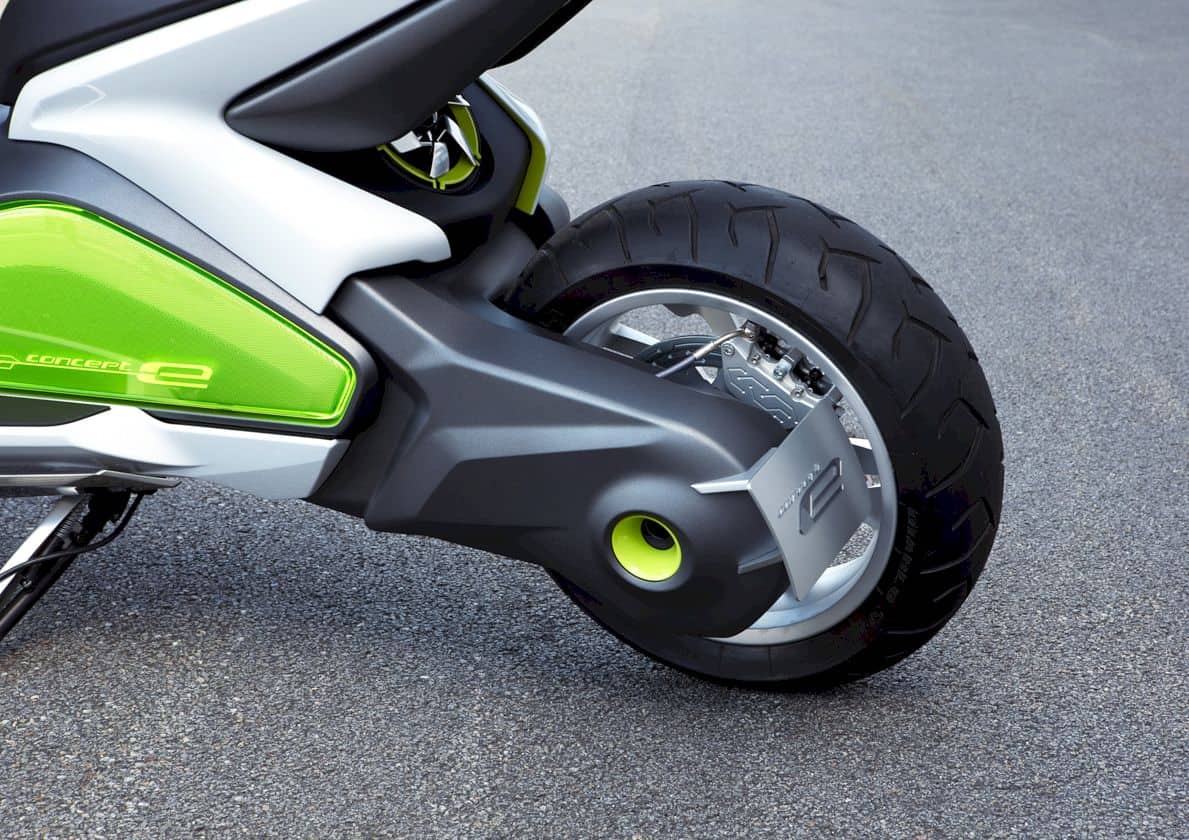 A trademark of the Bavarian manufacturer, the Concept e is recognized on the front by its split bow. Lower, the shoe takes the stylistic codes dear to BMW and the rear part “cut short” gives a certain touch of sportiness to the machine. The shapes of the beautiful rims and the rear mono-arm also enhance the dynamic aspect of the scooter. 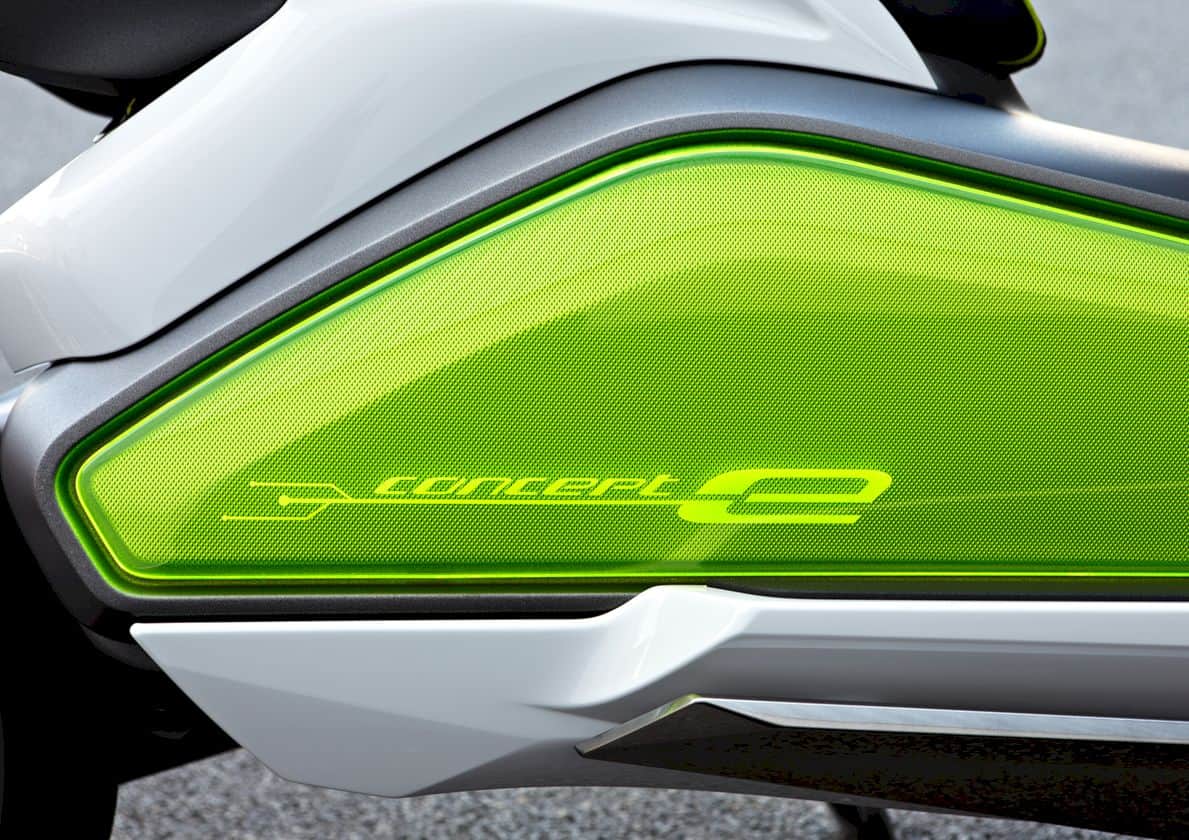 Just like Concept c, the BMW Concept e uses two LCD screens in place of conventional mirrors. Rear vision is then provided by cameras. The essential information related to riding is relayed to the rider via a digital dashboard.

The Concept e electric motor, associated with powerful batteries and state-of-the-art electronics would allow the machine remarkable accelerations, comparable to those of current “thermal” maxiscooters, but also a very good top speed and a range close to a hundred kilometers. To recharge the batteries, 3 hours will complete a charging cycle. 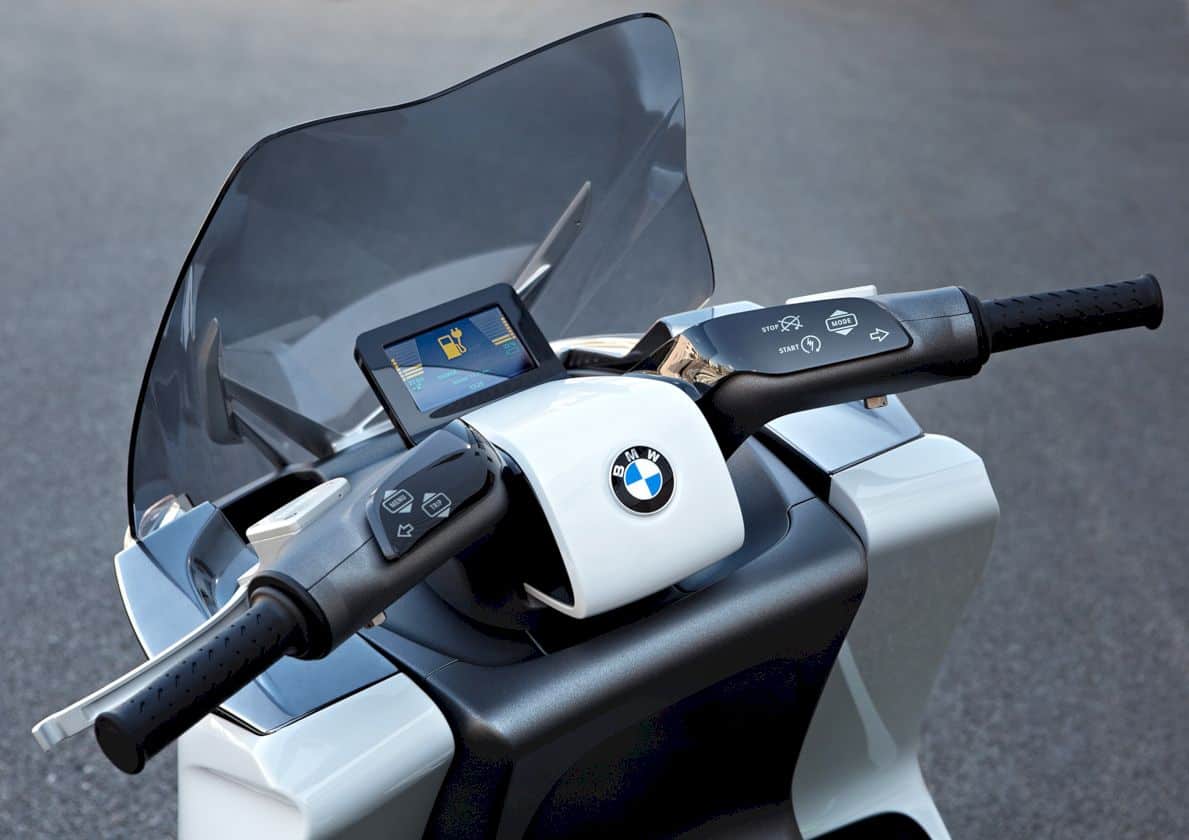 The Concept e is equipped with a large inverted fork, well-sized wheels, and huge front and rear brake discs, pinched by sturdy stirrups with radial fixing. The mechanism promises in terms of its dynamic qualities. In addition to being functional, the primary vocation of the commuter, BMW promises that its scooter will also benefit from remarkable maneuverability, coupled with great agility. 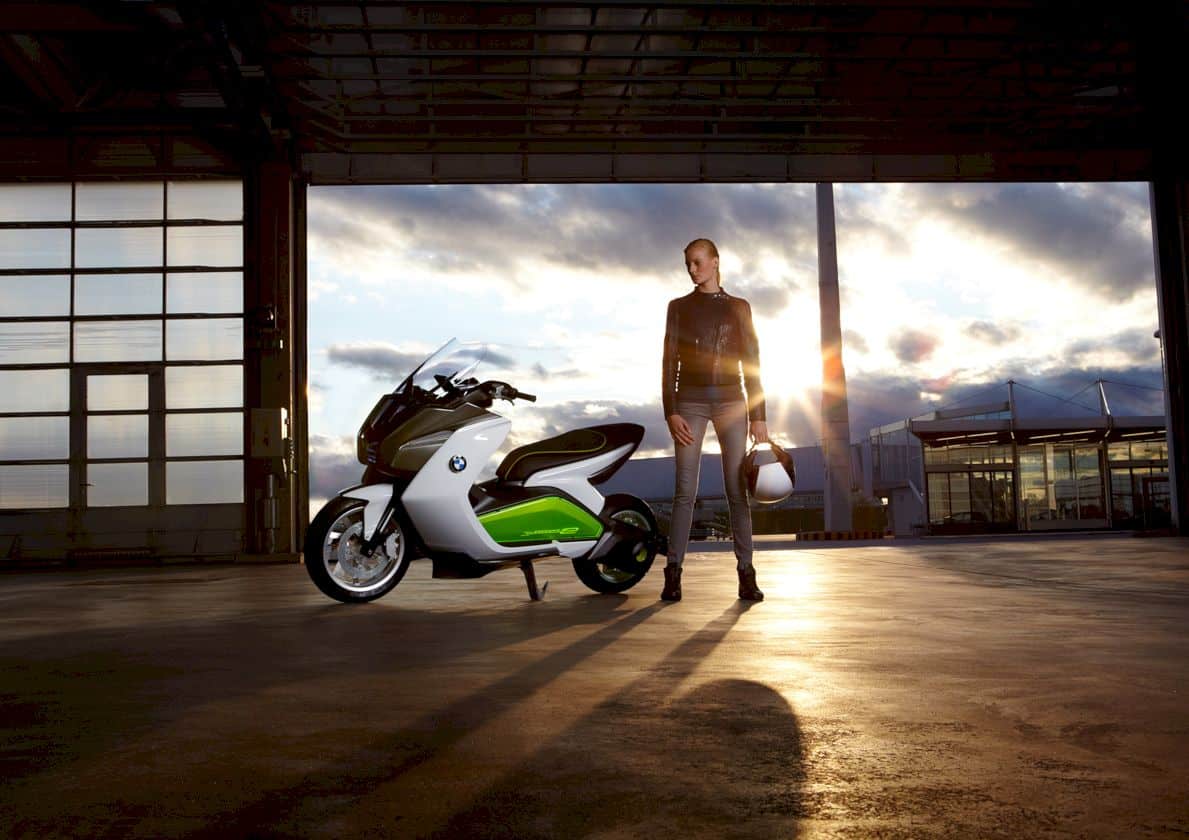 There is no available information on the production date of the BMW Concept e and let’s face it, there is indeed very little chance of seeing the craft land in the near future.