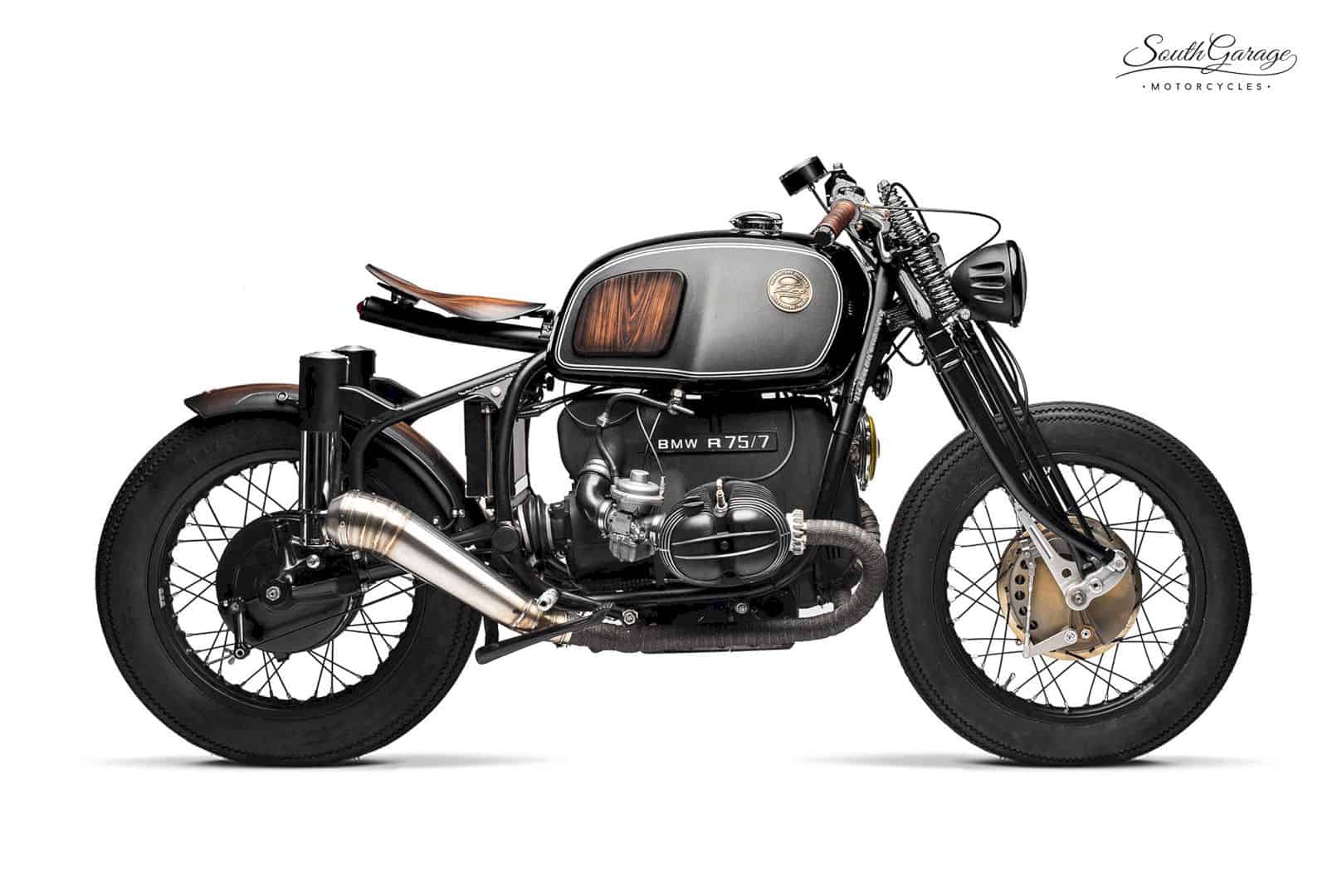 California is home to automotive manufacturers, who seems to have a lot of new ideas regarding technology development. After previously giving birth to Tesla Motors, now the third largest city in the United States presents us with Jetpack Aviation.

Even though it is shaped like a motorbike, the power produced is sourced from a rocket booster device. There is an air shell that leads to the road surface, allowing the motorcycle to lift and float in the air. 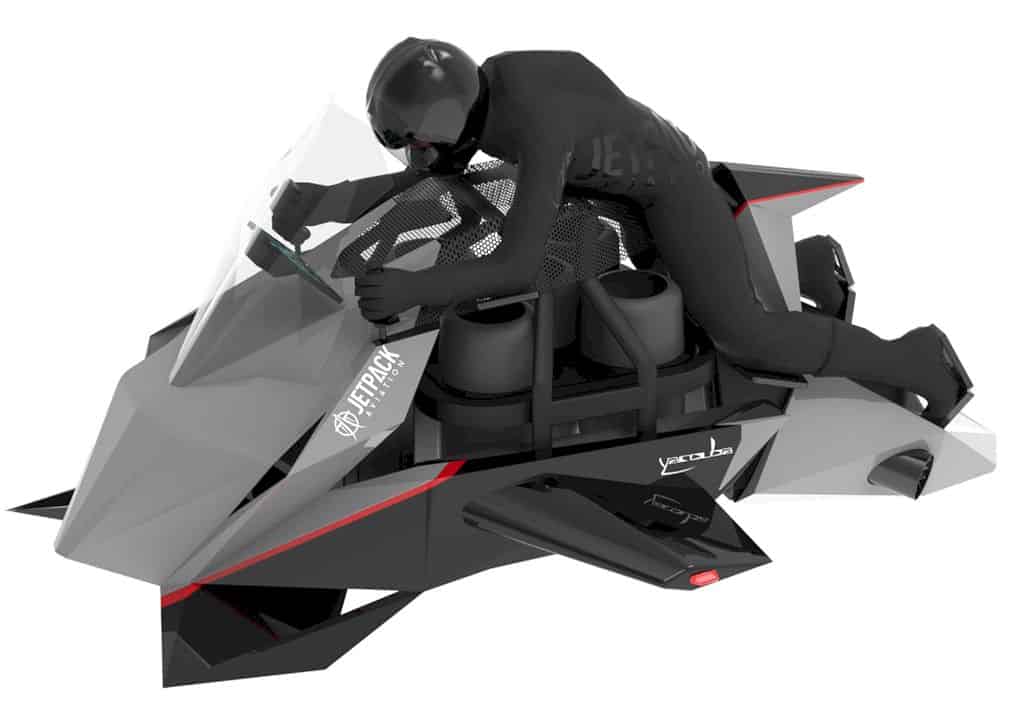 The flying motorbikes with a $ 380,000 price tag that is able to do the vertical takeoff and got perfect landing capability is called Speeder. The Speeder is able to reach speeds of 150 miles/hour, have a range of up to 45 miles and fly 15,000 feet. 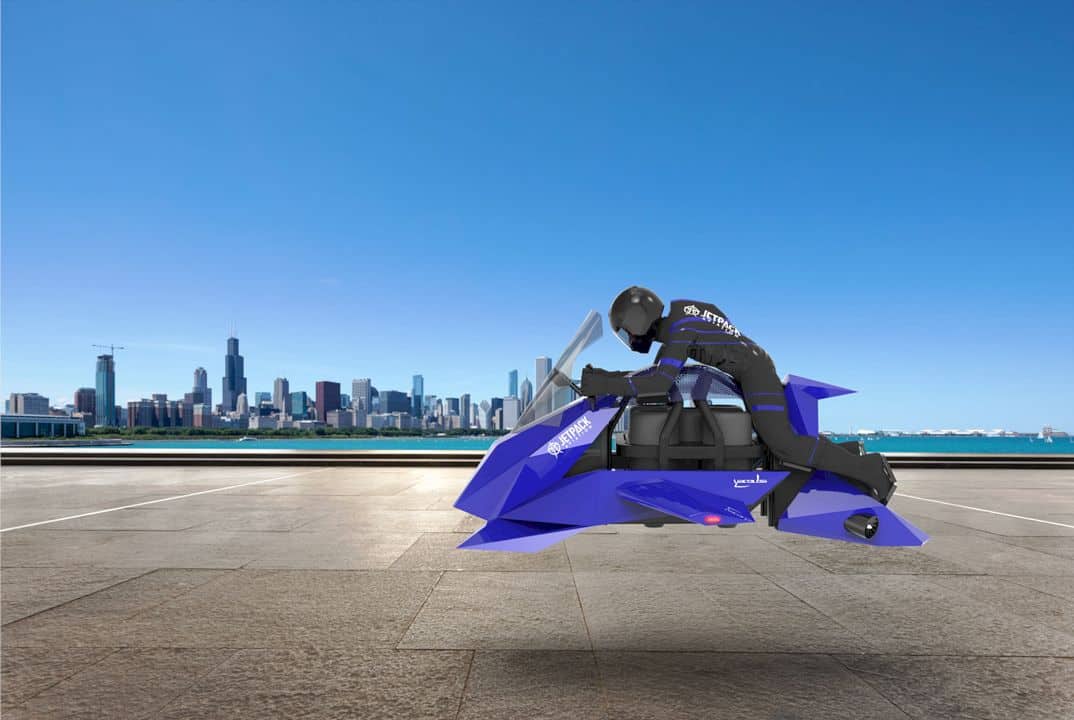 The preorder form states that only 20 vehicles will be sold to the recreational market, with outside production dedicated to military and government customers. The company notes that Speeder is still not a certified type of aircraft. It will initially operate in the Ultralight and Experimental category. 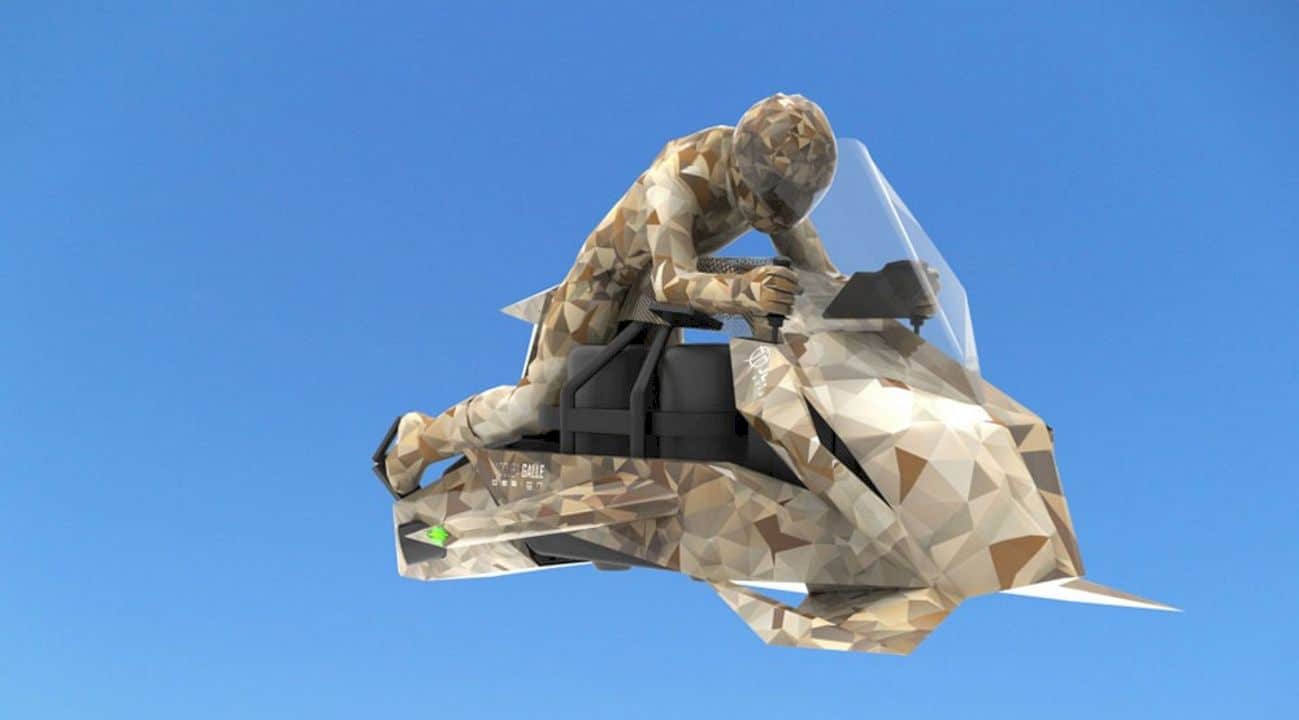 With 4 engines  – 5 engines for the military version – of gasoline or diesel, the registered Speeder has a top speed of more than 150 mph, a service height of more than 15,000 feet and a flight time of 20 minutes. 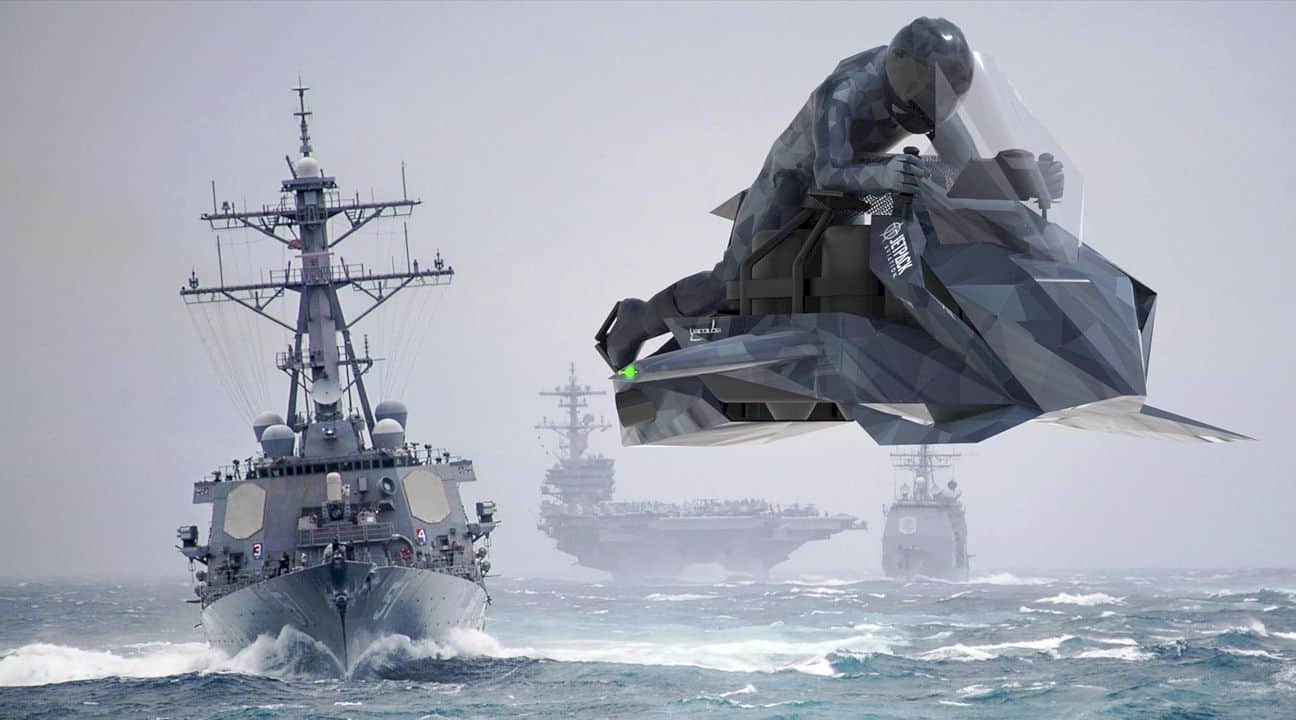 The specifications for the military version will get an extension of the flight time to around 30 minutes, including the option to fly independently. The military model, as explained, will also be able to use Jet A.

On its military settings, the aircraft can be used to carry heavy loads or bring soldiers in and out of battlefields, especially in areas that are too dangerous for helicopters. The aircraft is small enough to be able to sit behind a ship or on a combat vehicle. 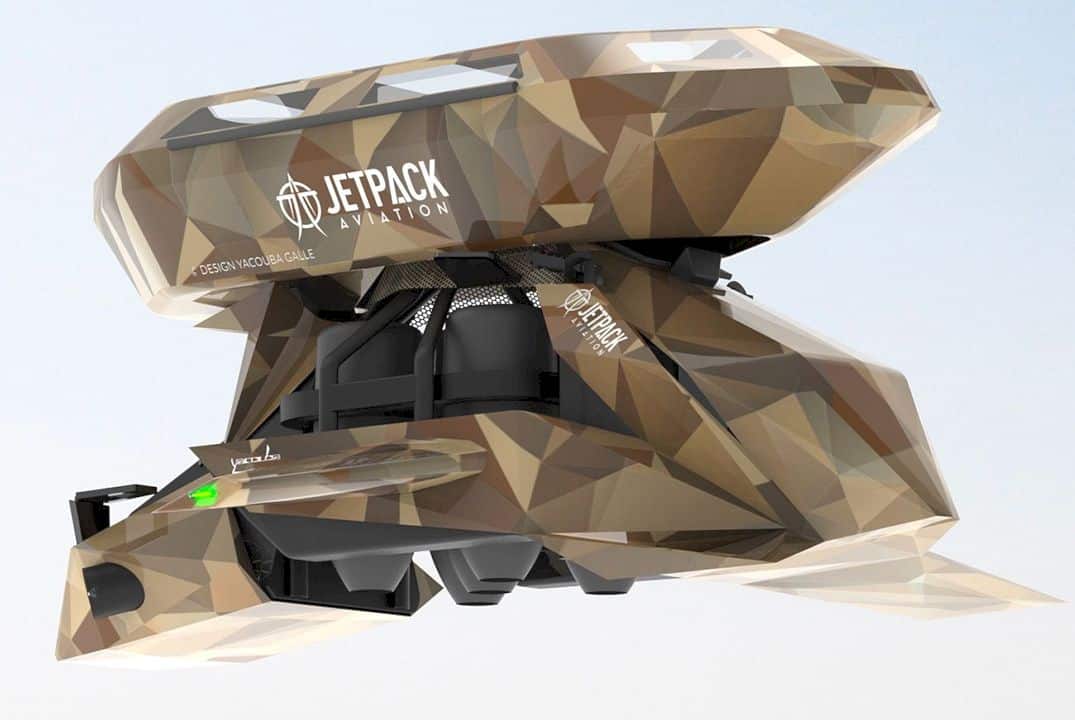 Speeder usage is still hampered by regulation. The flying vehicles are still under development and have not been used freely, so there are no written laws governing these sophisticated vehicles. So far, there is no definitive information regarding the Speeder launch date.