Ludovic Lazareth, designer and founder of Lazareth Auto-Moto, is known for presenting some of the most eccentric creations in the motorized world. From a flying motorcycle to an amphibious Mini Moke, Lazareth, based in Annecy, is used to mechanical blows.

And now, the specialist in extraordinary mechanical transformations gave himself a little pleasure by inserting a powerful V8 in the famous British car.

Now, Lazareth is back to using the popular buggie produced by BMC in the 1960s, but instead of the gasoline engine of the original version, he applied a 4.7-liter Maserati V8 engine under the hood that can deliver 460 hp and 520 Nm. 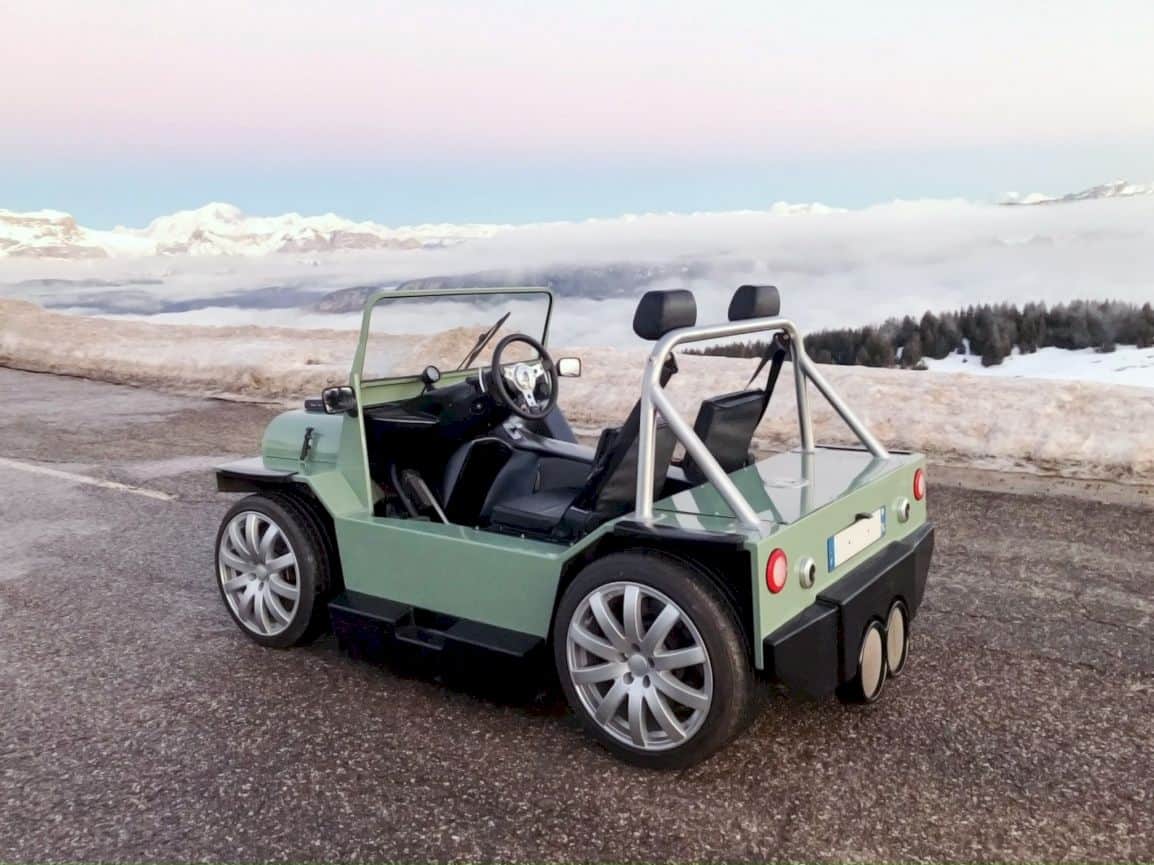 At just over 800 kg, the weight/power ratio of the small two-seater is an incredible 1.4 kg/hp, which makes it possible to guess features worthy of a mini-rocket.

But the French designer guarantees that, despite the enormous firepower, the “beast is still pleasant to drive, in addition to responding promptly to the slightest touch of the accelerator”. 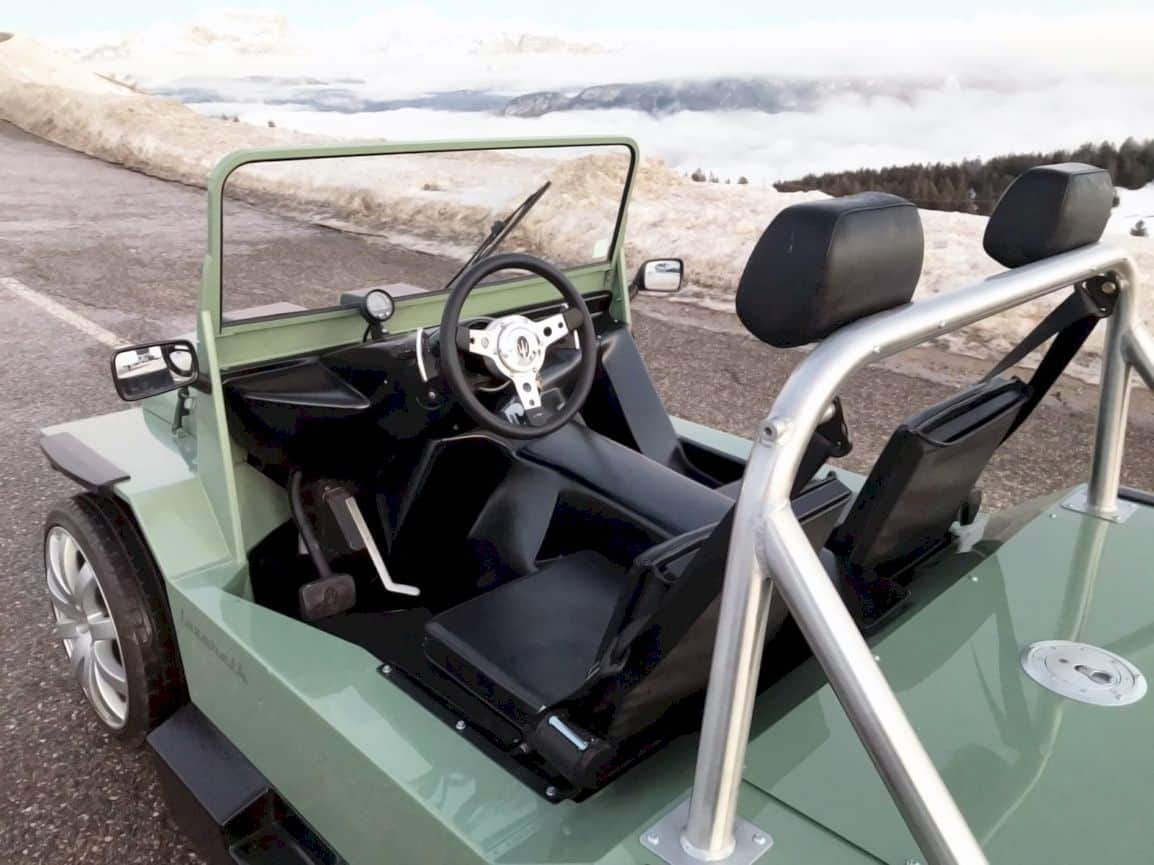 The Lazareth Mini V8M is a unique specimen that can only run on circuits and, according to Ludovic Lazareth,” intended for advertising use or the needs of cinema ”. 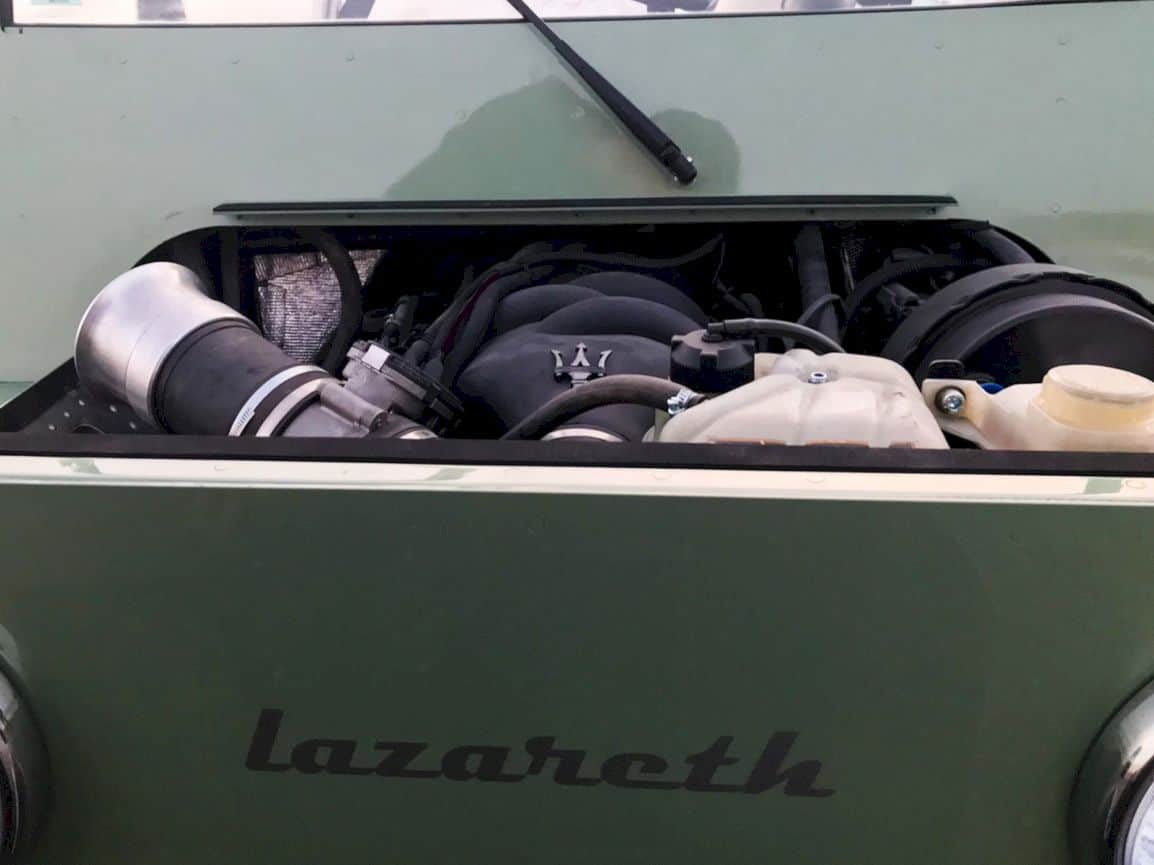 Aesthetically, the 17-inch aluminum rims and a troop green paint add to its exclusivity. The interior remains faithful to the Mini Moke: minimalist.

The mini-cart, derived from the Mini, produced in the 1960s by the British Motor Corporation, then in Australia, Portugal, and France, is now manufactured in an electric version, the NoSmoke, by Noun ‘Electric, in Cerizay. 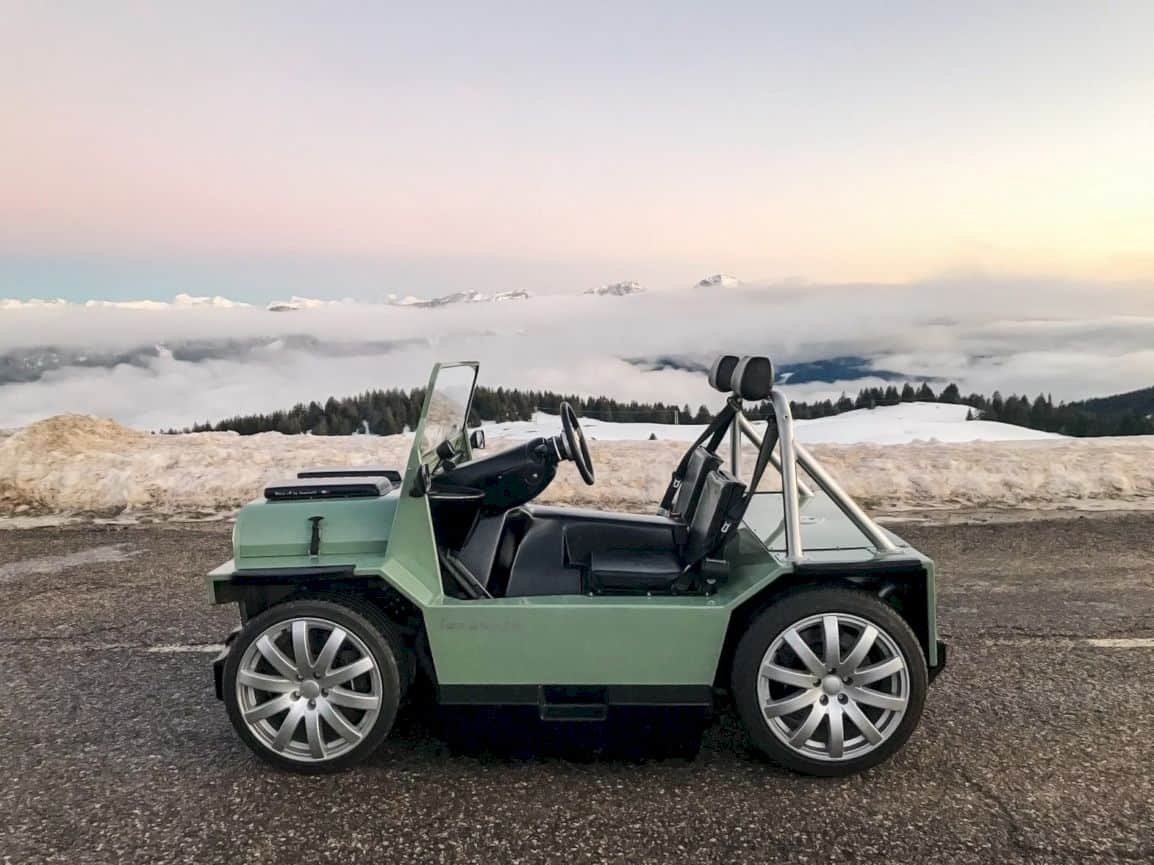 The V8 GT version by Lazareth  – is less ecological but more aggressive – is up for sale. However, its price is only communicated at the request of potential customers.