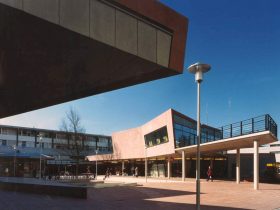 This project hides the design of René van Zuuk and his family’s own residence with its mysterious name. Project X is a 2006 completed project of a modern villa with a small office space, located near the architect’s former residence ”Psyche” in Almere’s ”De Fantasie” district. With 215 m² in size, it has three major points and one of them is the box-shaped upper storey volume that encloses bedrooms. 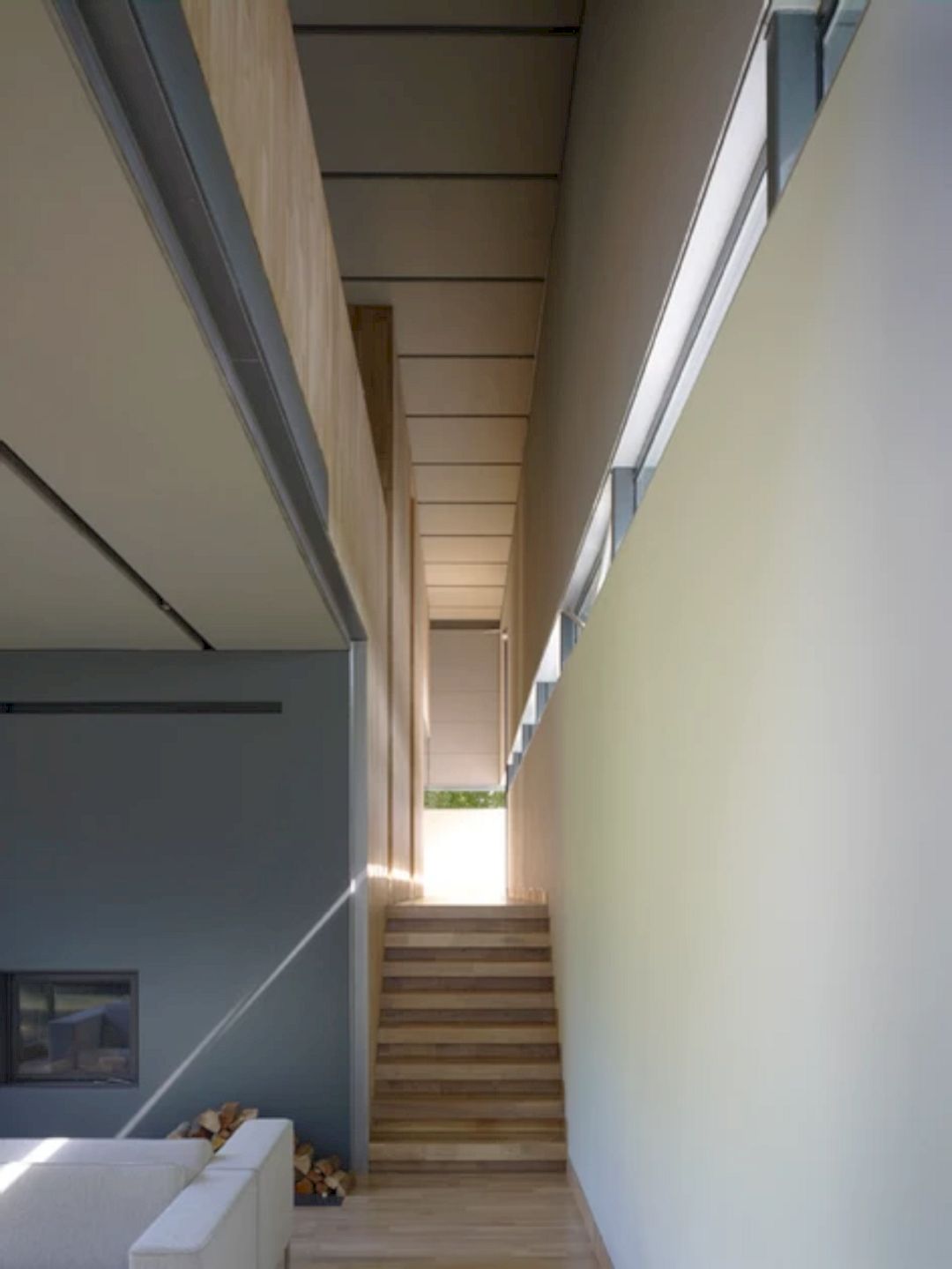 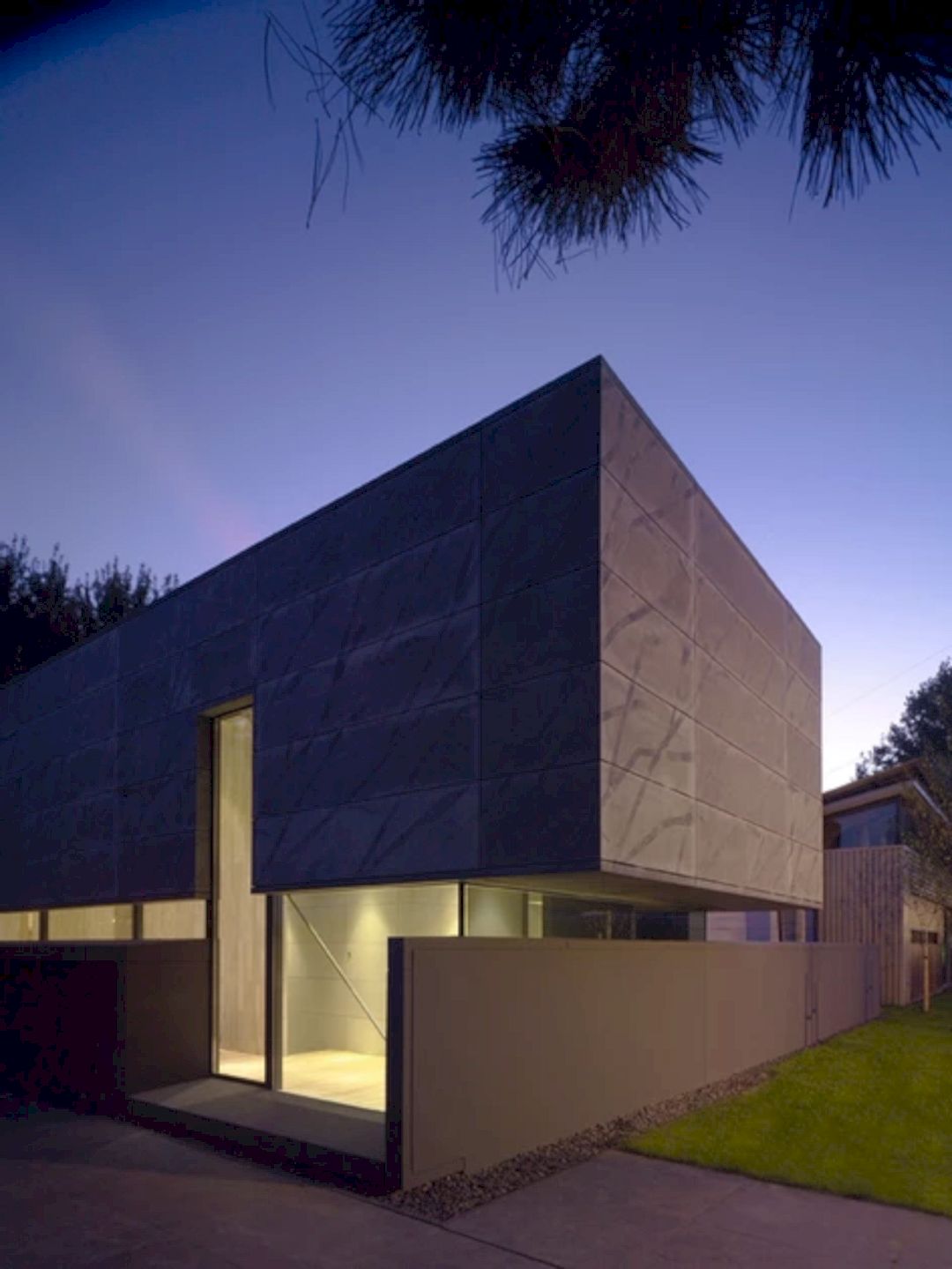 The old house serves as the architectural office since 2004 so it is logical to consolidate two plots into one garden on the site. The area of this garden is maximized by leaving a parking space’s width between the neighboring house and this project. There are three main points that important in this project: the pattern of alternating building heights, the fixed building line, and the box-shaped appearance of all the ”De Fantasie” dwellings. The lower storey is placed half below the ground level so this villa is being lower than the adjacent dwellings. 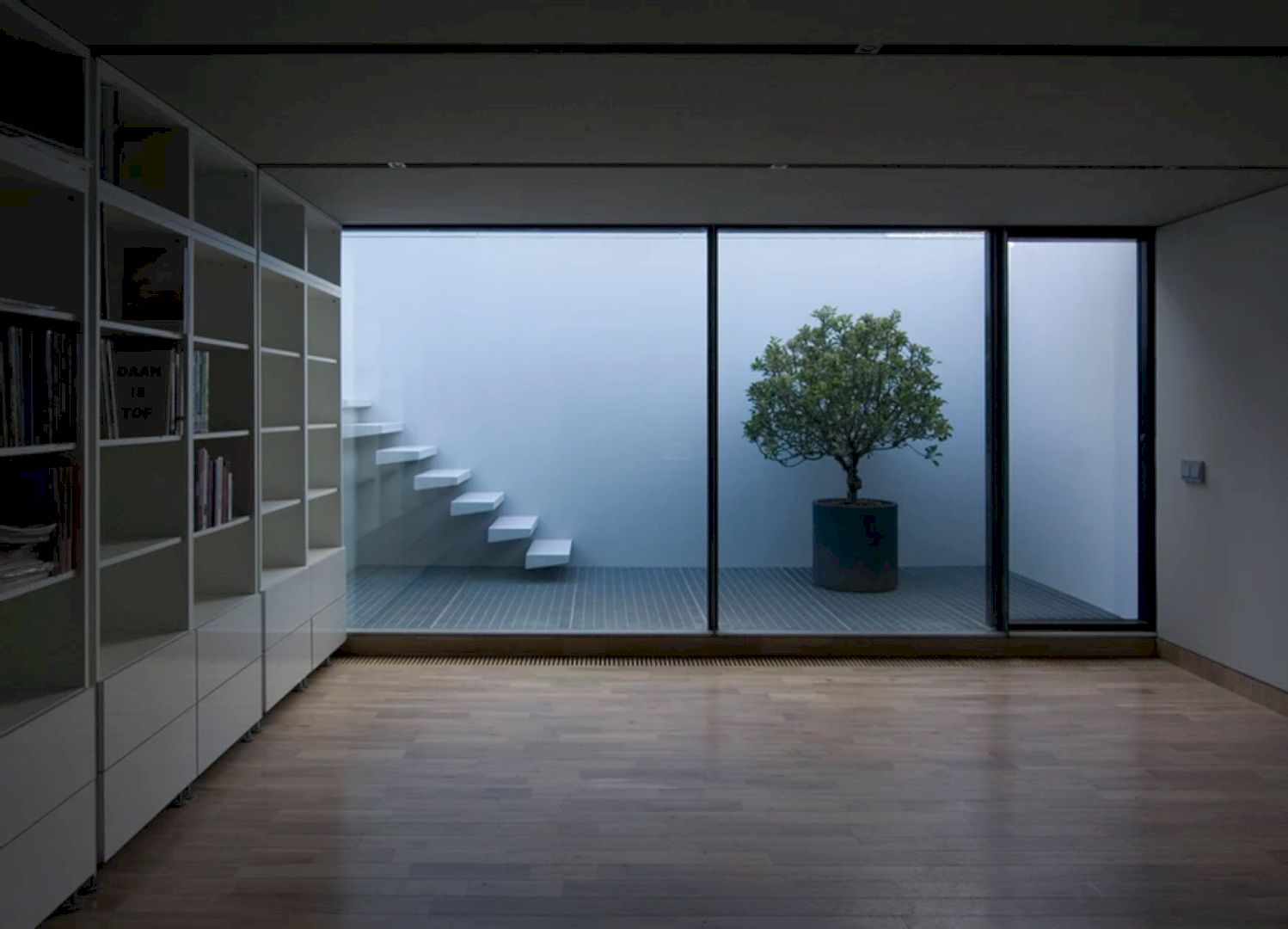 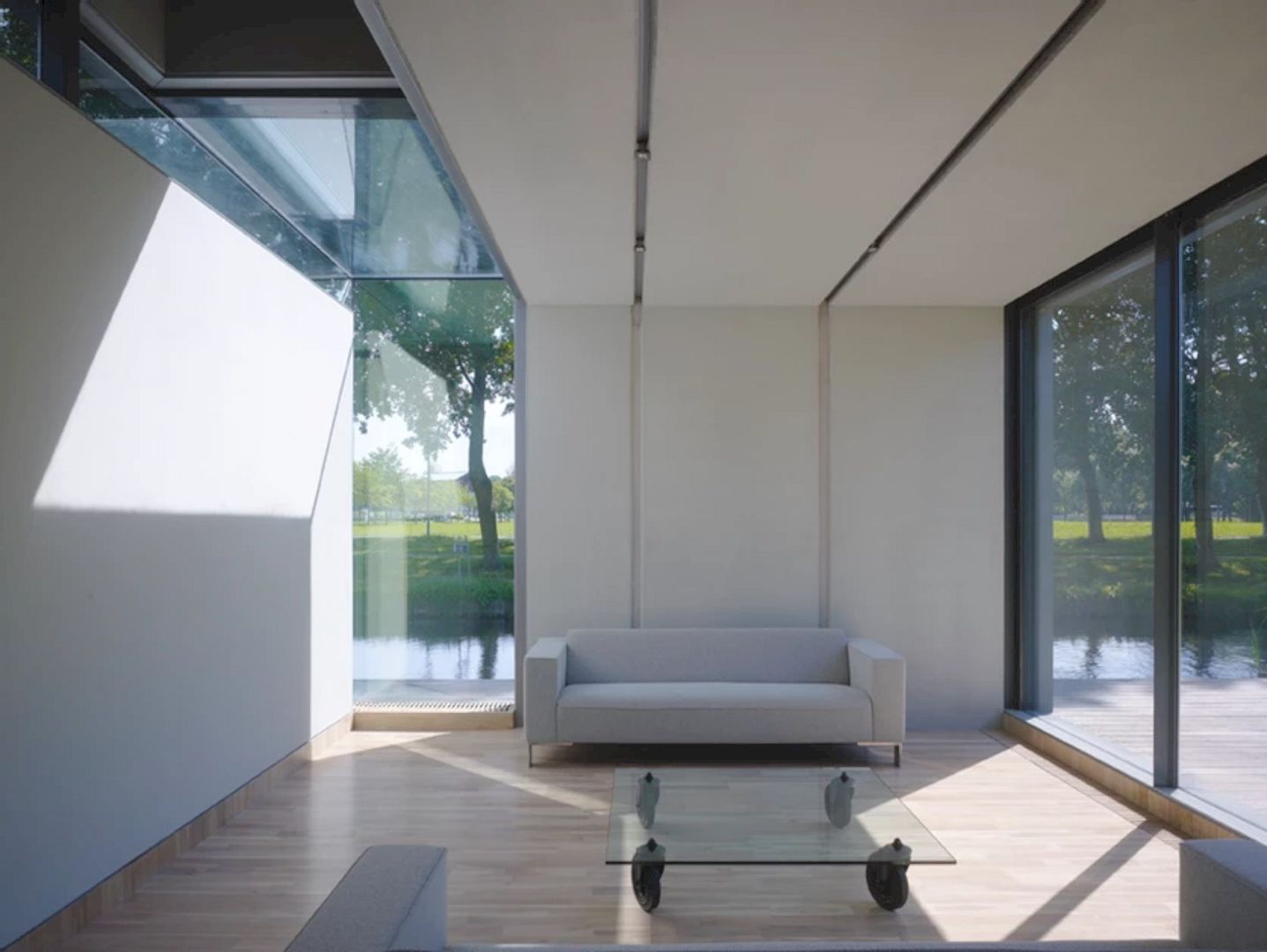 This villa has an exceptionally high entrance door and a box-shaped upper storey volume that ecloses bedrooms. The facade is clad with large, thin cement tiles that have a continuing branch-like pattern. The daylight can enter the bedrooms through skylights and also a few subtle ”eyelets” in the facade. A glass window strip on the garden side separates the upper volume from the floor below.

The basic design in this project is defined by latitude that is enabled by the Dutch Building Decree. On a particular plot, there are only 500 m3 that allowed for the maximum volume and the office requires 750 m3. Now, the Building Decree gives the opportunity to build up to 2.5 extra meters in length and offset the external house wall without a planning application under a condition: it does not border a public park of a public street. 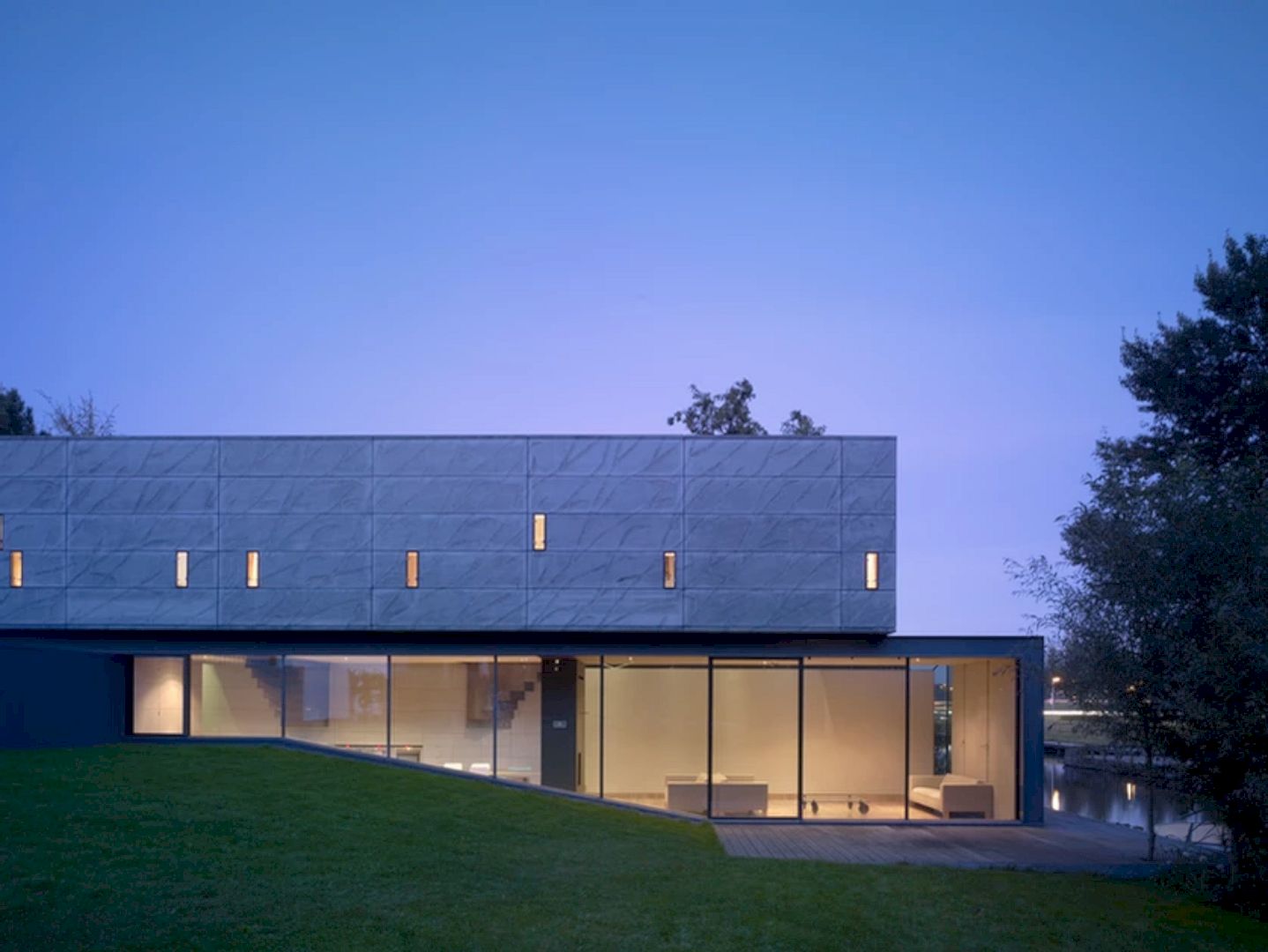 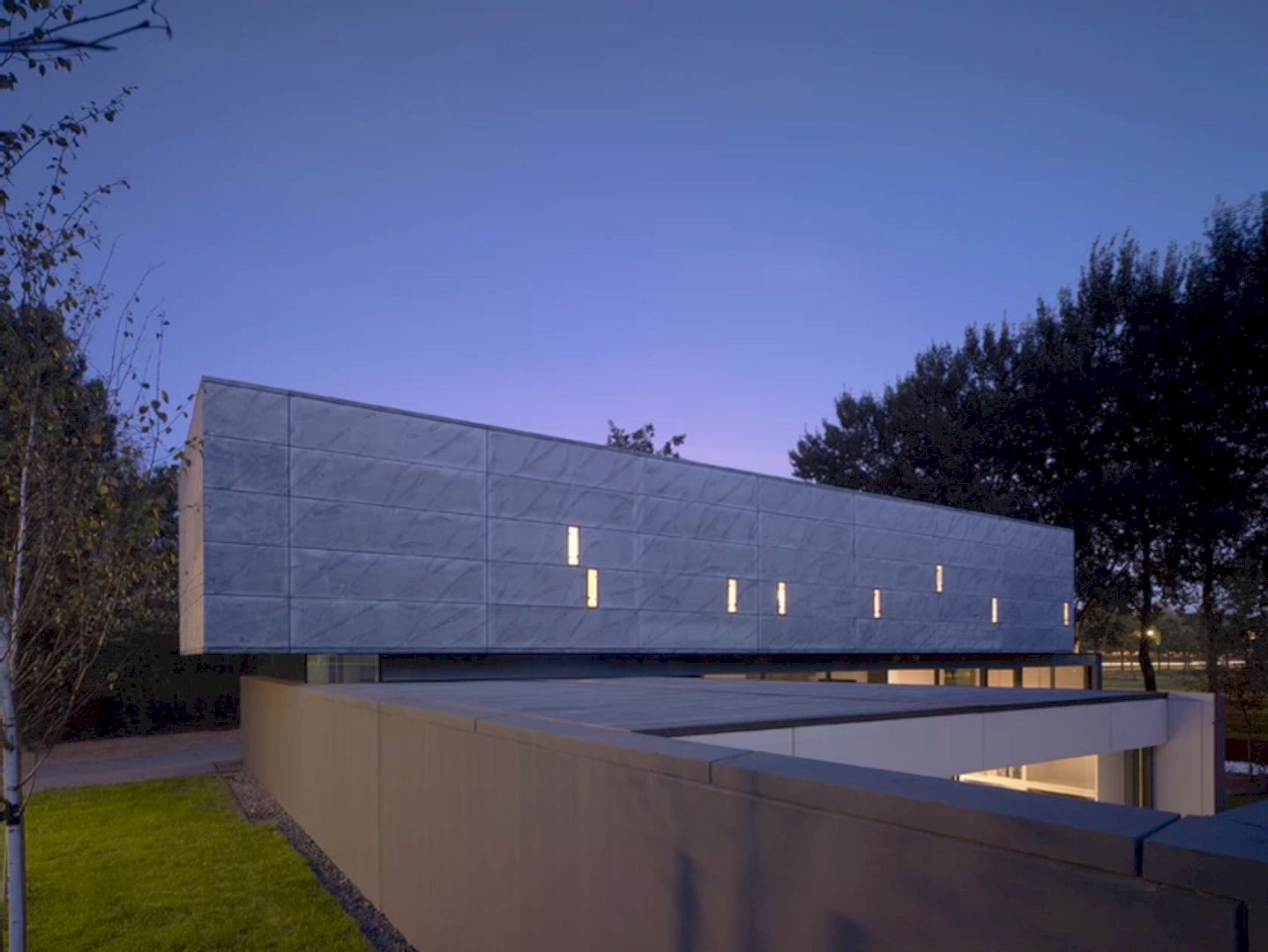 The extension can only start one meter from the front facade according to another requirement in the Decree. The upper floor protrudes one meter in the direction of the street to provide a floor level with a uniform width and an office section is utilized based on a rule that allows an annex up to 30 m2 without planning permission.

The extra part is designed as a basement and make it secondary to the living area. The concrete has been left exposed on the outside to emphasize more corporate character and the secondary use. The result is not only a comfortable space but also a refined and sophisticated architecture.