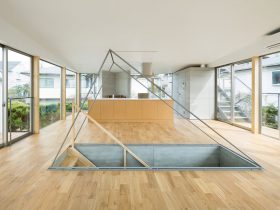 Oyamadai House by Frontoffice Tokyo: A Private House with A Wooden Structure

The Sant Antoni Loft was developed by the Spanish studio Roman Izquierdo Bouldstridge consists of the renovation of an apartment dating from 1880 in two lofts. The enclosure is 109 sqm and located in the Sant Antoni district of Barcelona. 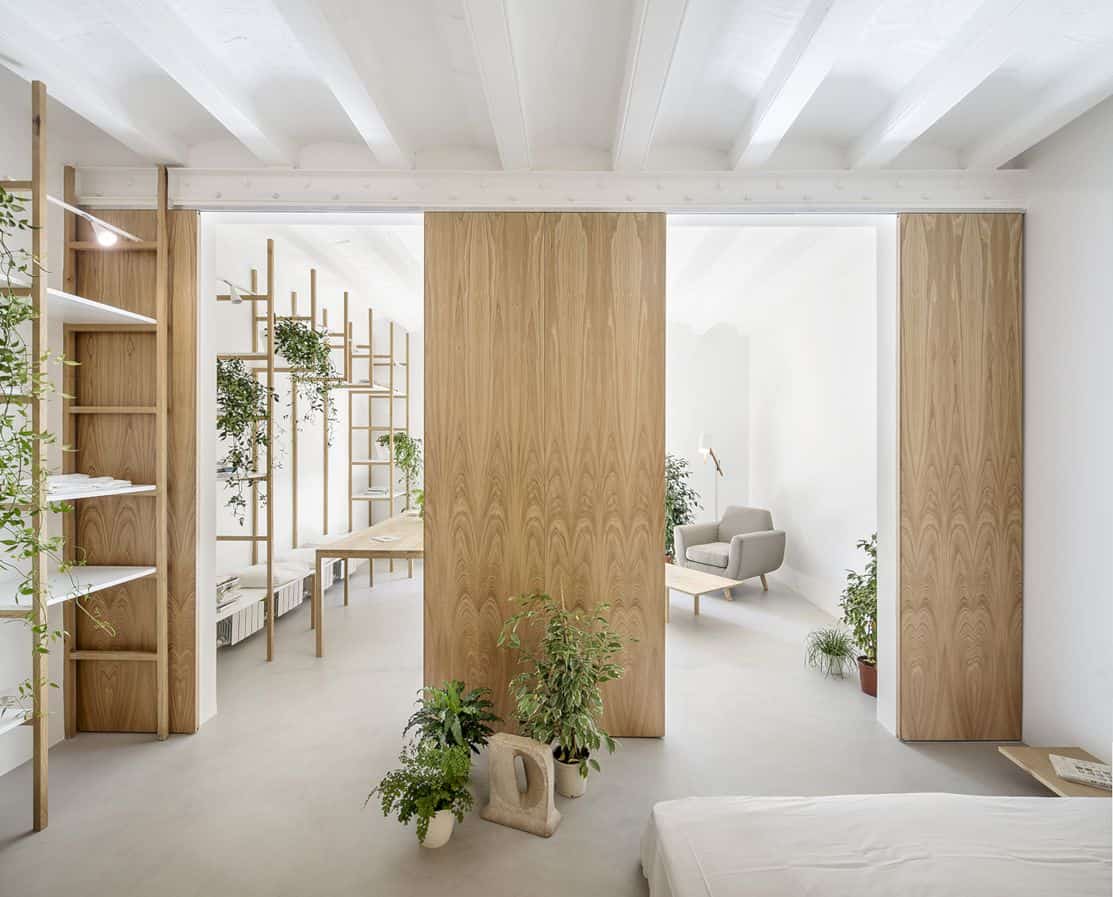 The lofts create a housing scene through a succession of rooms that connect the street with the patio through a system of sliding doors and porticos that recall traditional Japanese houses.

Originally, the hallway and the room were hardly connected to each other, and they were completely disconnected from the outside. Therefore, it is necessary to break down existing partition walls, floors, and ceilings, and open spaces to make high ceilings. 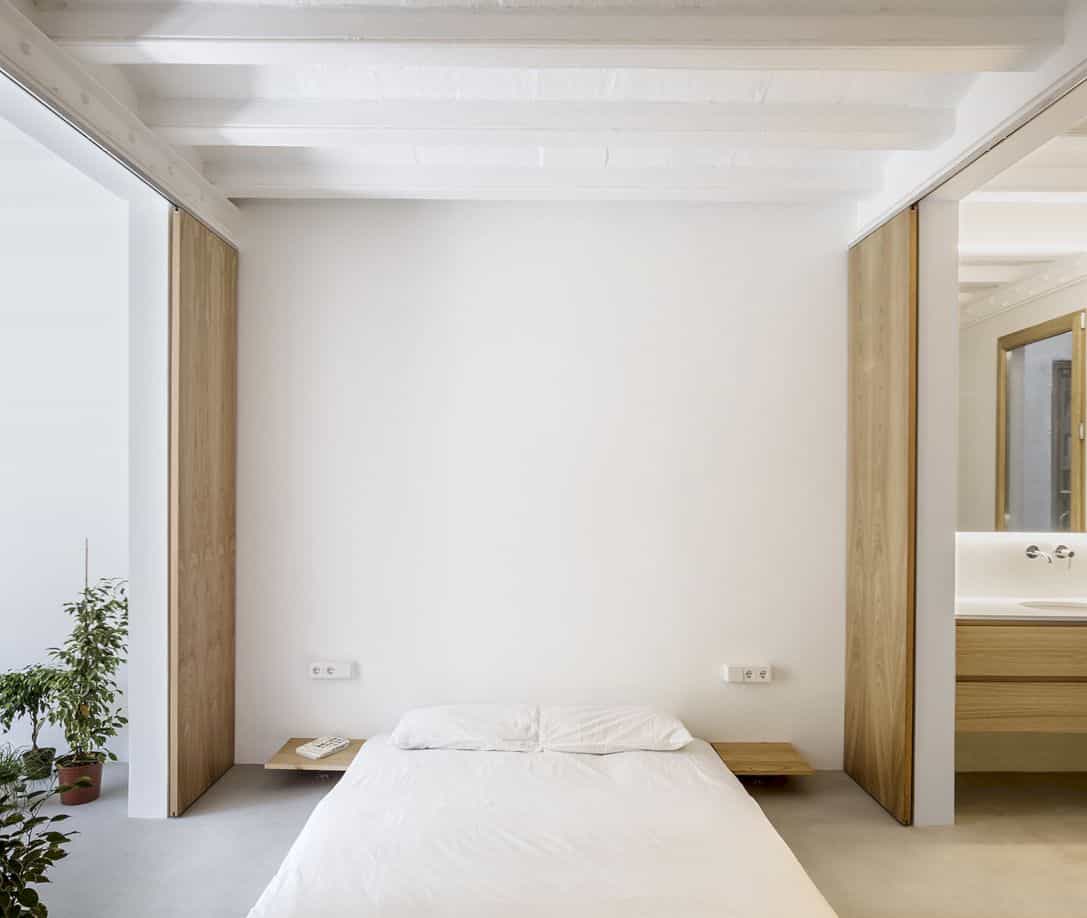 The design takes advantage of the structure of the building to create a simple and poetic language that generates a flexible program; the load-bearing walls were altered to achieve a repetition of an ordered geometry that establishes the limits between the different rooms. 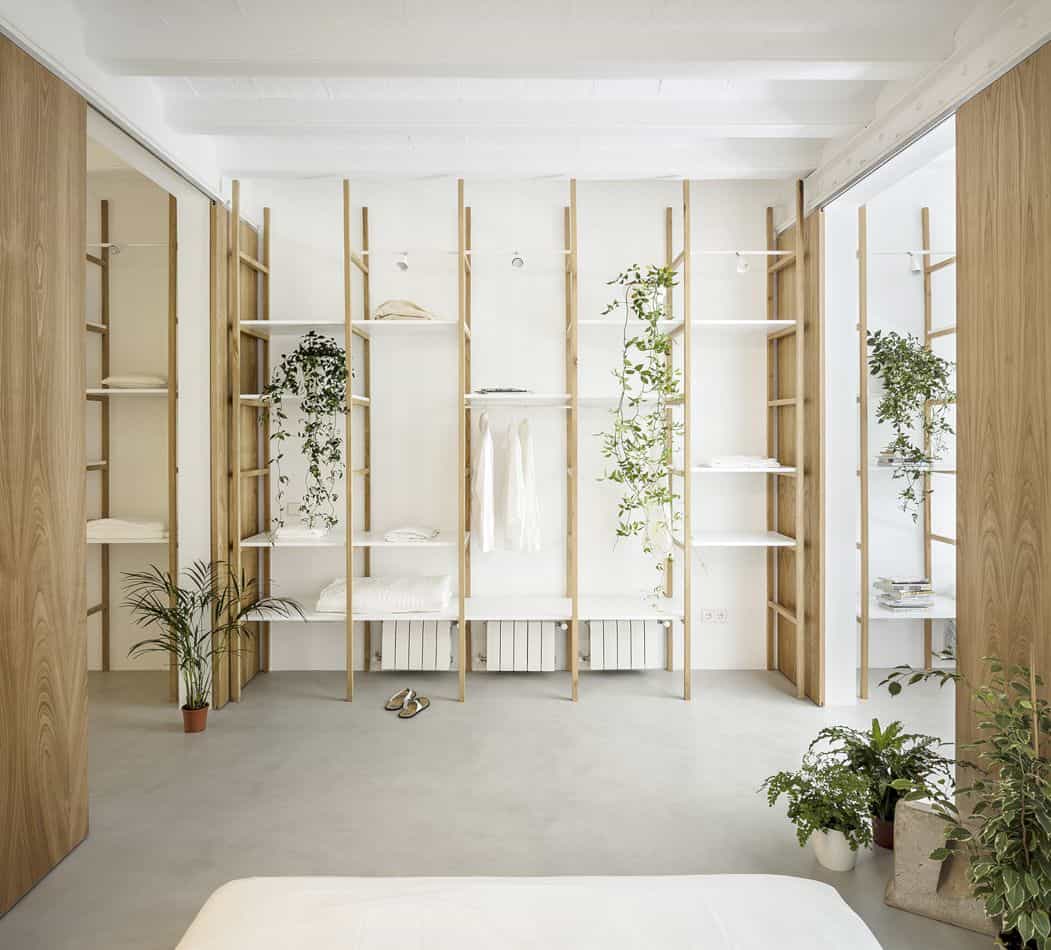 The loft’s storage needs were met by an innovative shelf made of wooden stairs. The execution of the rooms defines the use of this modular system; in the living rooms it serves as a bench and library, in the bedrooms, it is an open closet, in the laundry room it is integrated into the dryer and in the kitchen, it increases the storage capacity. 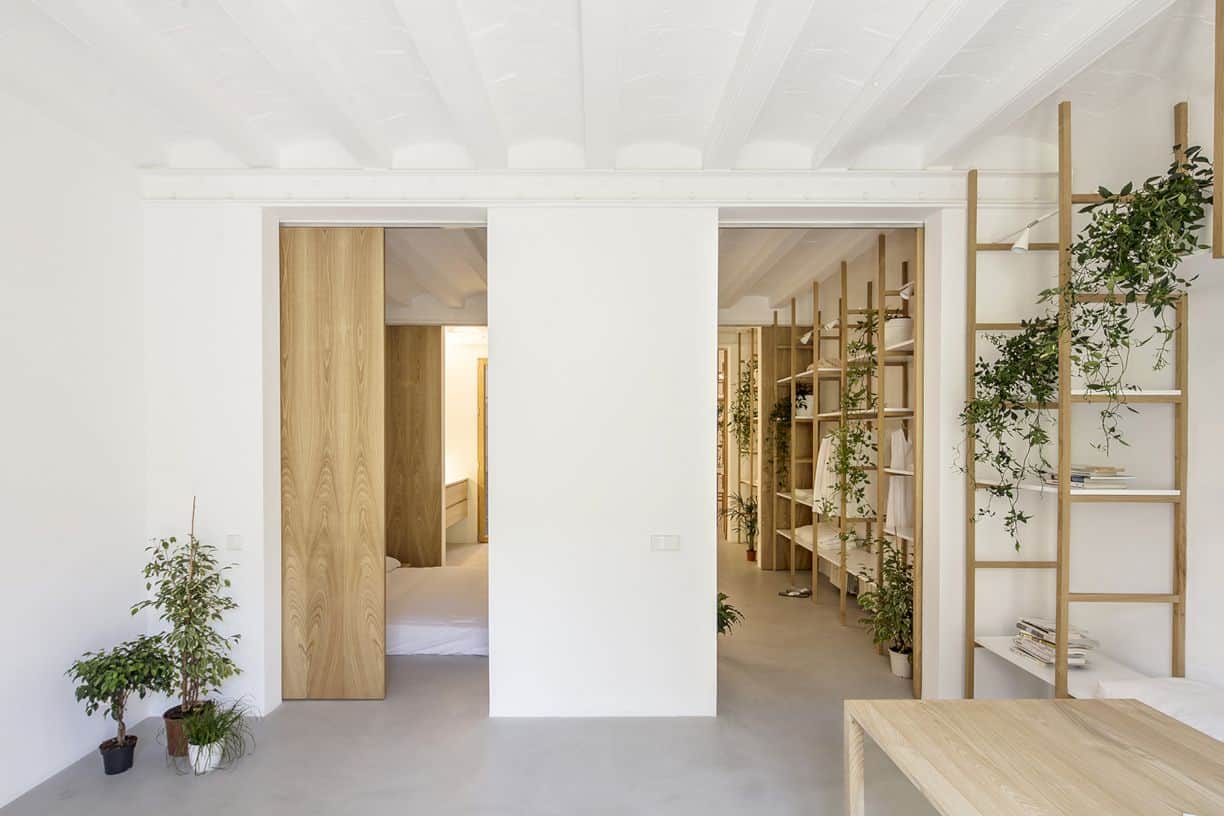 The ladder’s shelves extend vertically and the sliding doors meet each other horizontally. It gives a cool and open impression. The length of 23 m crosses the space from the innermost house to the balcony gives a sense of visual depth, free ventilation, and plenty of sunlight. 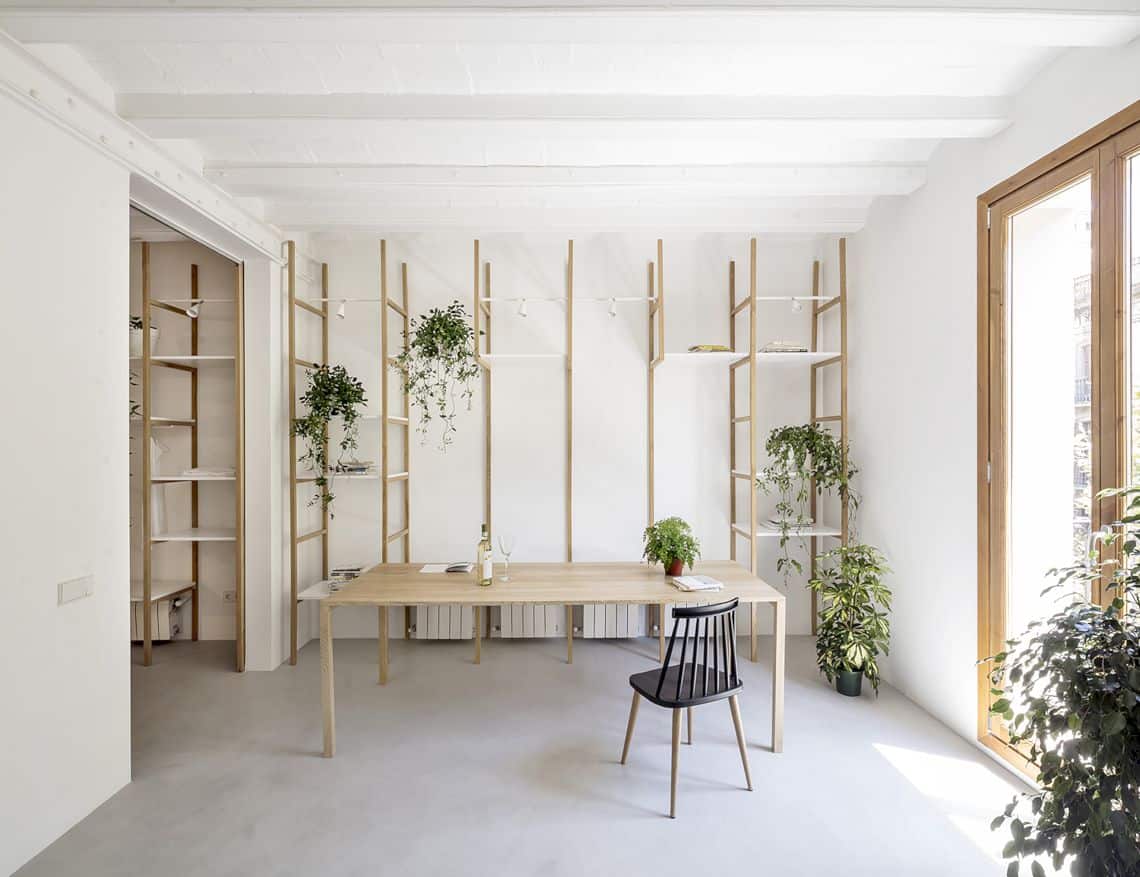 The plant placed in the middle of the shelf goes well with the wooden ladder. Not only does it bring life to the house, but it also cleans the indoor air and regulates humidity. 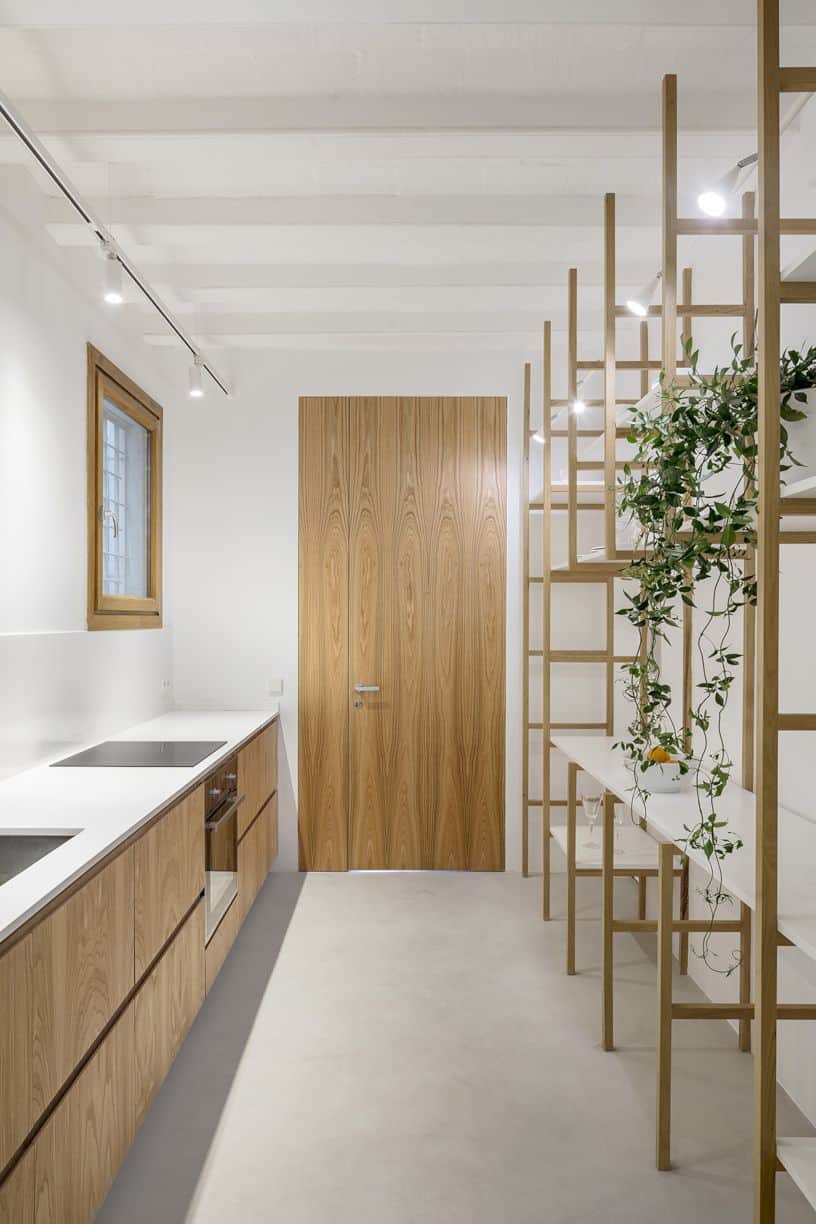 In particular, when the sliding door is closed, it feels like the room is in an independent form, but when it is open, the area is directly connected to the living room at the same time. As another visual effect, the sliding door also giving an expanded vibe.