Who said monsters don’t exist? At least in the world of caravanning, the SLRV Commander 8 × 8 is. A true monster prepared to undertake any type of expedition and anywhere in the world. What matters least is the distance and the duration of the adventure. 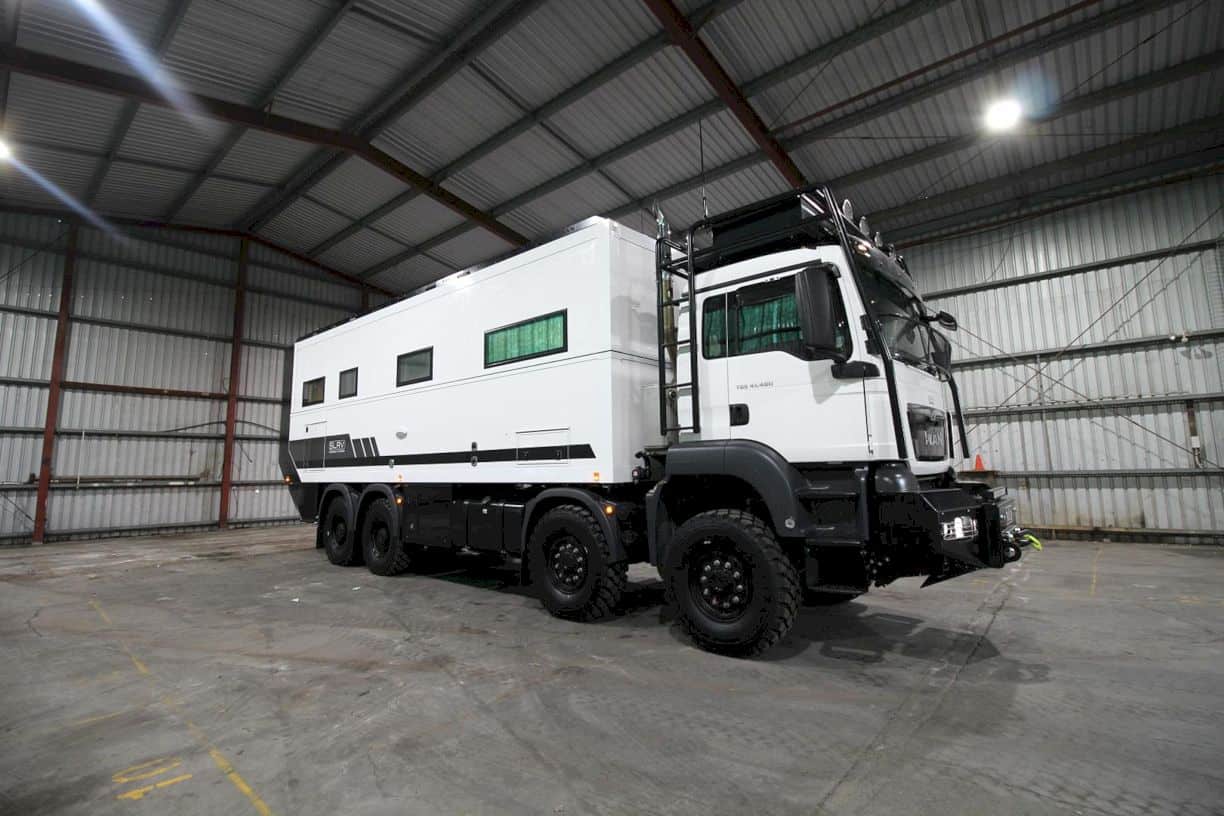 It is true that in the market there are a lot of vehicles that can be transformed to enjoy outdoor leisure with a certain freedom, camperizations that raise comfort and habitability levels and compact. But SLRV Commander 8 × 8 emphasizes much more than all that.

Simply put, SLRV Commander 8×8 Expedition is a two-story vehicle that is quite unclassifiable from a technical point of view, which has been designed and thought for extreme leisure. 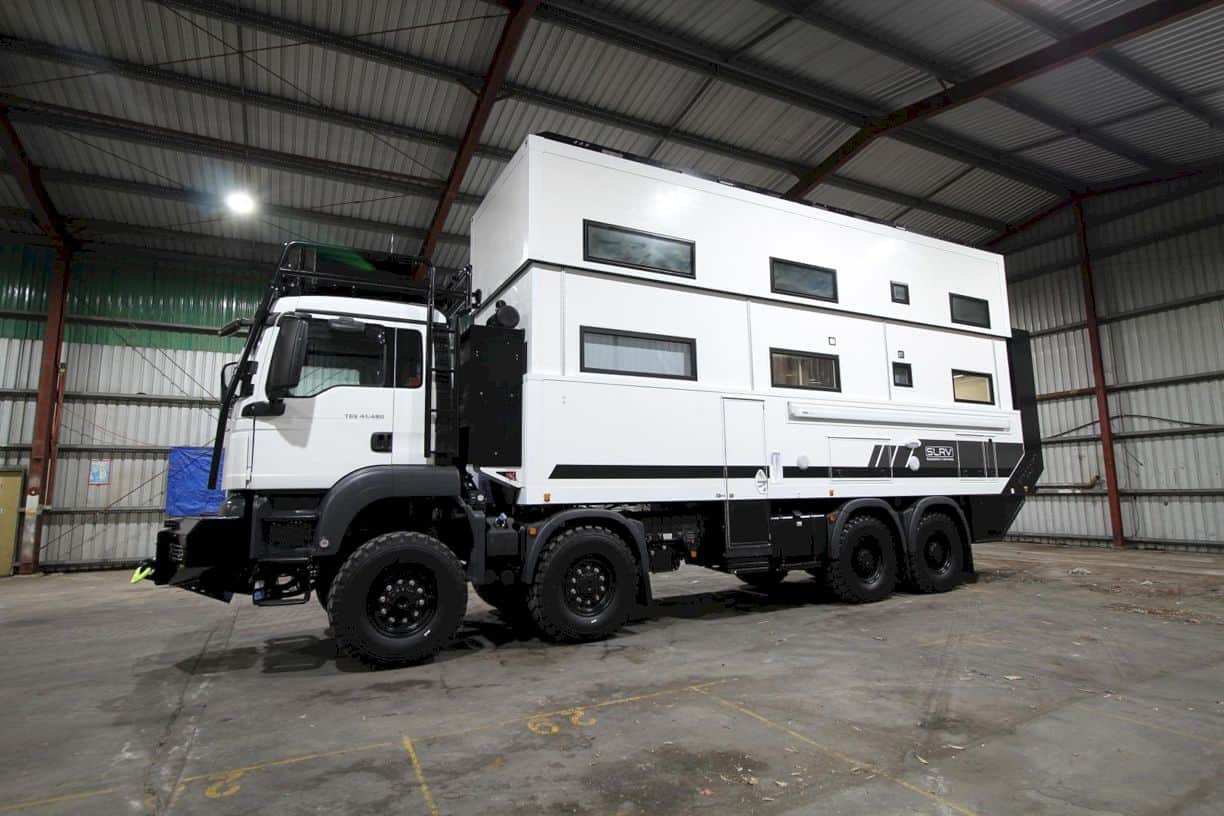 On the move, the SLRV Commander does not exceed the height of a normal truck, allowing it to move smoothly on the road, but when it stopped, a hydraulic lifting system is responsible for deploying the second floor and converting the truck into a home. with all its amenities. 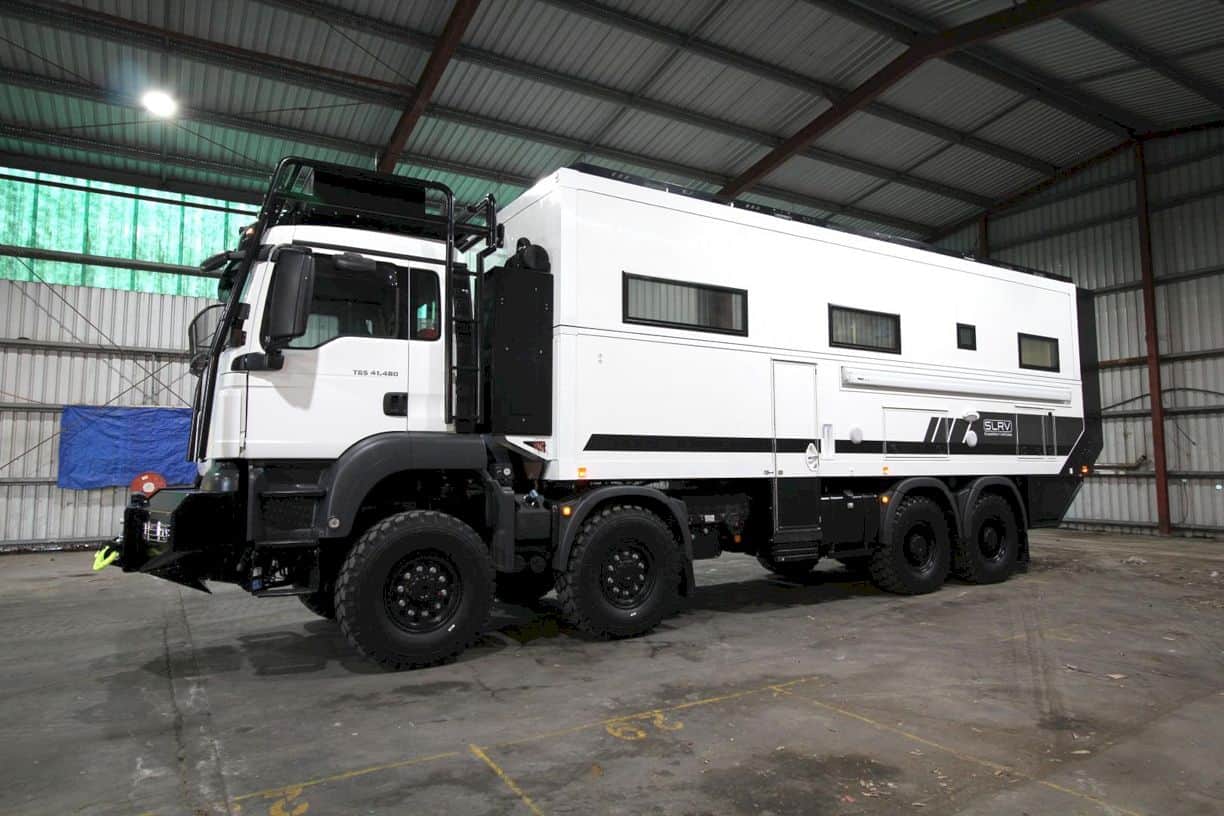 Despite its dimensions, its format and its appearance, which can be defined as somewhat rough, what is hiding inside the SLRV Commander 8×8 are all the details of comfort and habitability necessary so that the owner can spend their holidays far from civilization. , just as if they’re living and staying overnight in a rolling five-star hotel. 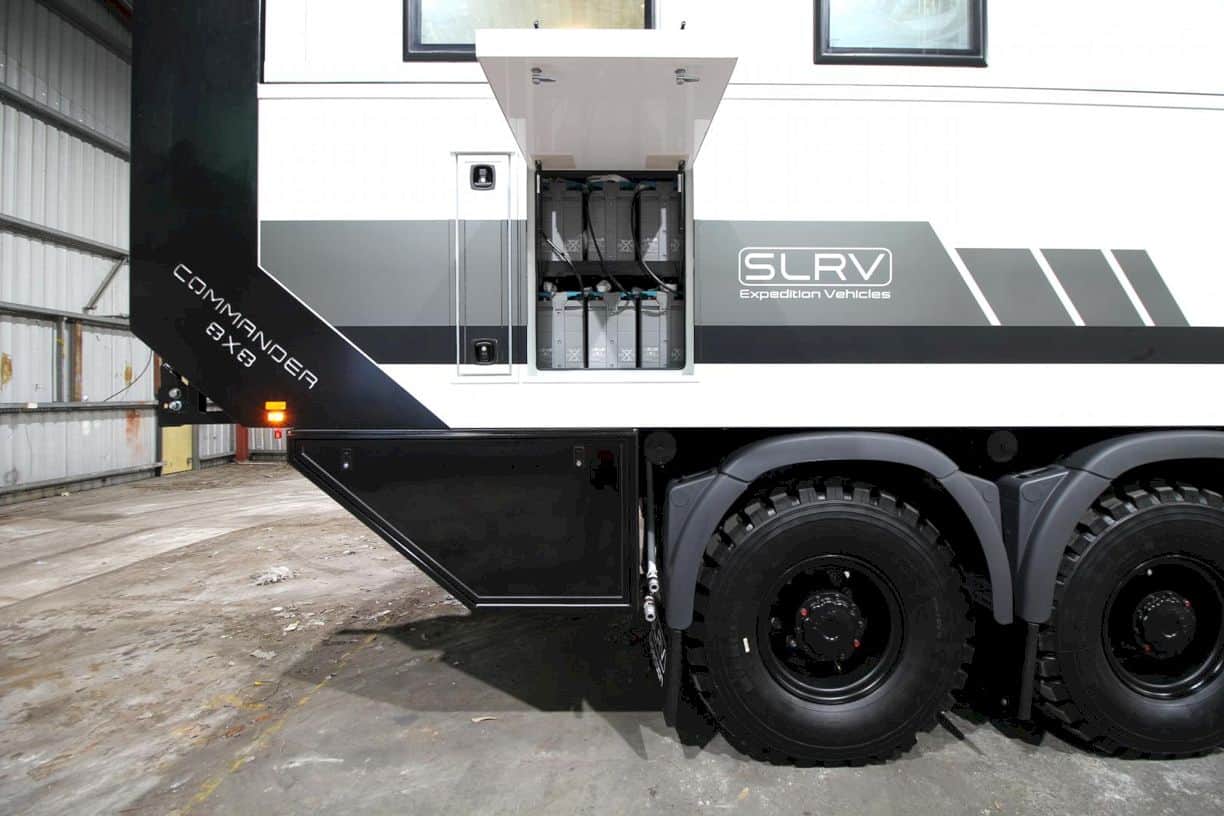 The truth is that the least required of a vehicle of these characteristics is that it be aerodynamic and with an aesthetic worthy of any beauty contest because its mission is to get comfortably to where no other leisure vehicle can go. So the car is built on toughness, reliability and off-road performance. 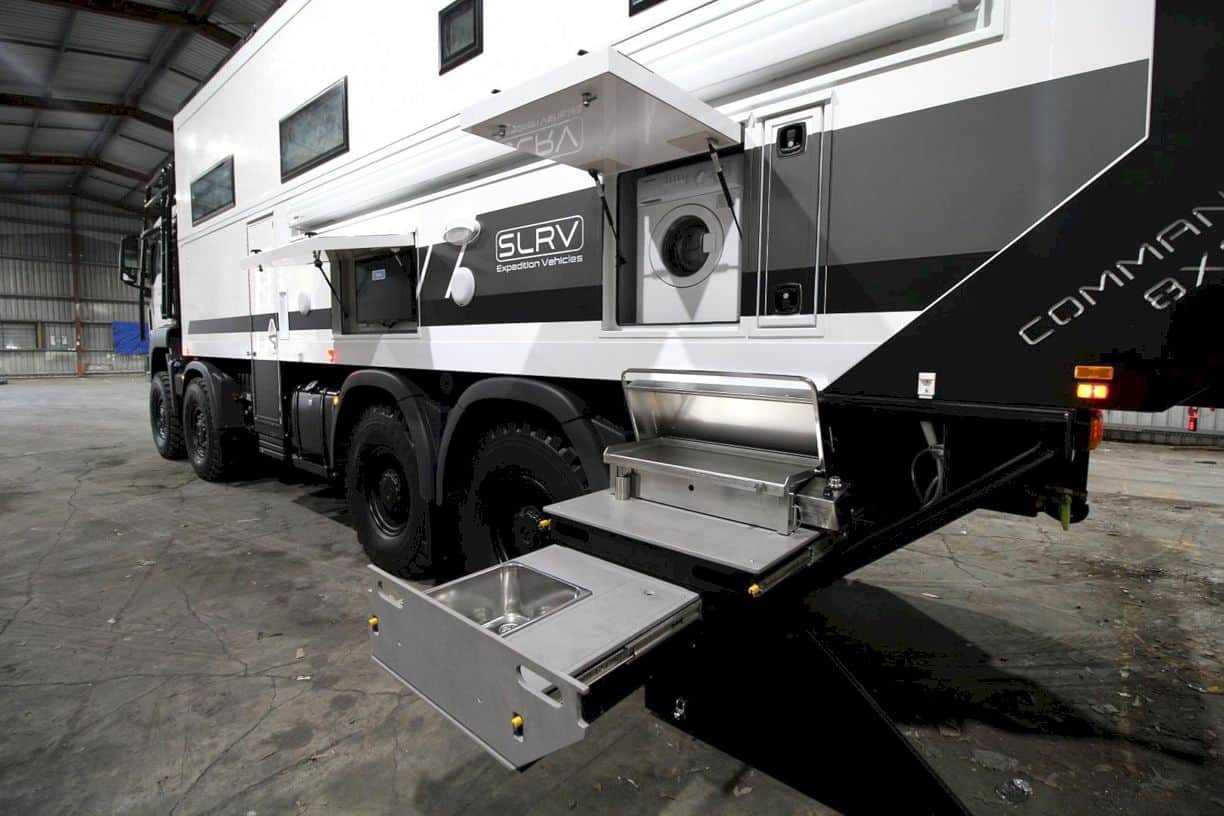 To begin with, the Australian firm responsible for the transformation – SLRV Expedition Vehicles – has worked on a MAN 8 × 8 chassis similar to those commonly used by military vehicles from around the world.

Because although the SLRV Commander 8 × 8 Expedition is not prepared to participate in any warlike action, the truth is that many of the places where it circulates or will circulate are as hard and demanding as the fiercest combat. The goal is to emerge victorious from all trances, however difficult they may be. 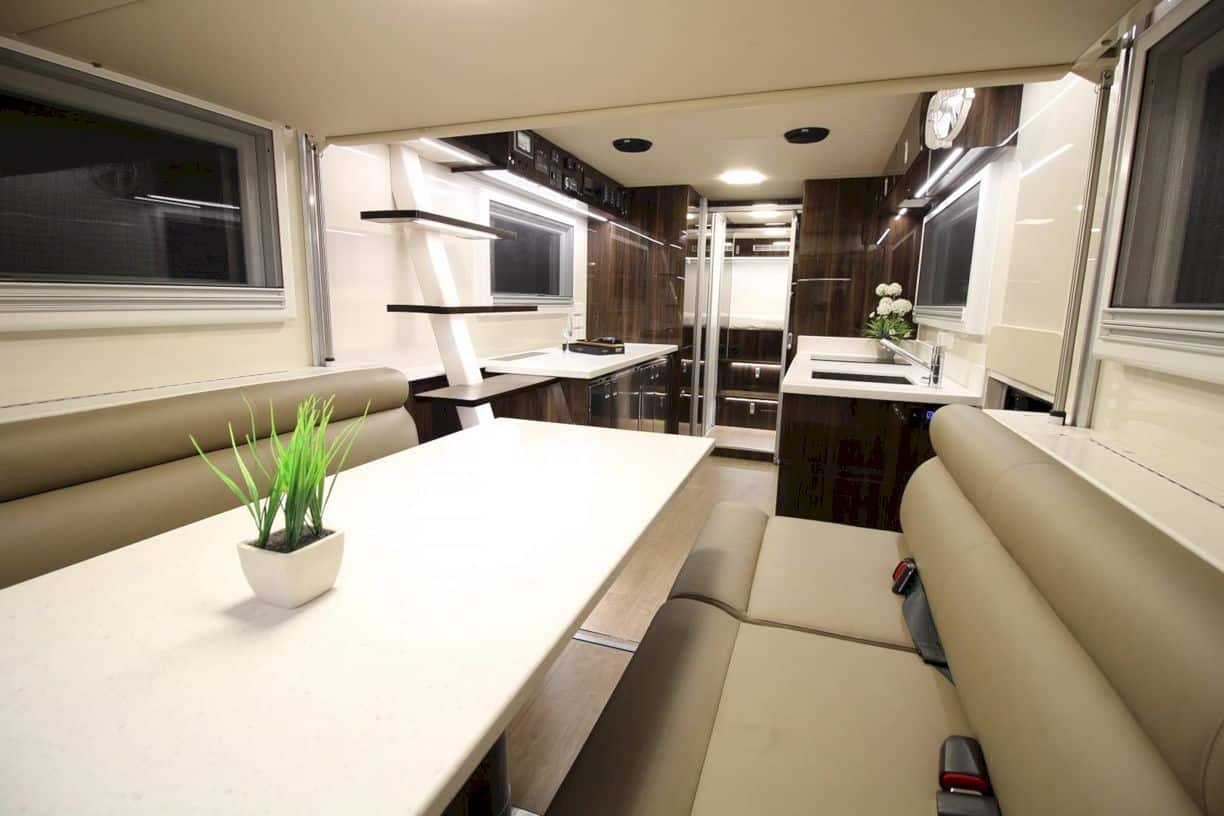 This expeditionary vehicle is capable to accommodate a family of eight people, who can be joined by a couple of occasional guests, although it may also be a group of friends or simply a group of people who want to spend some different holidays. 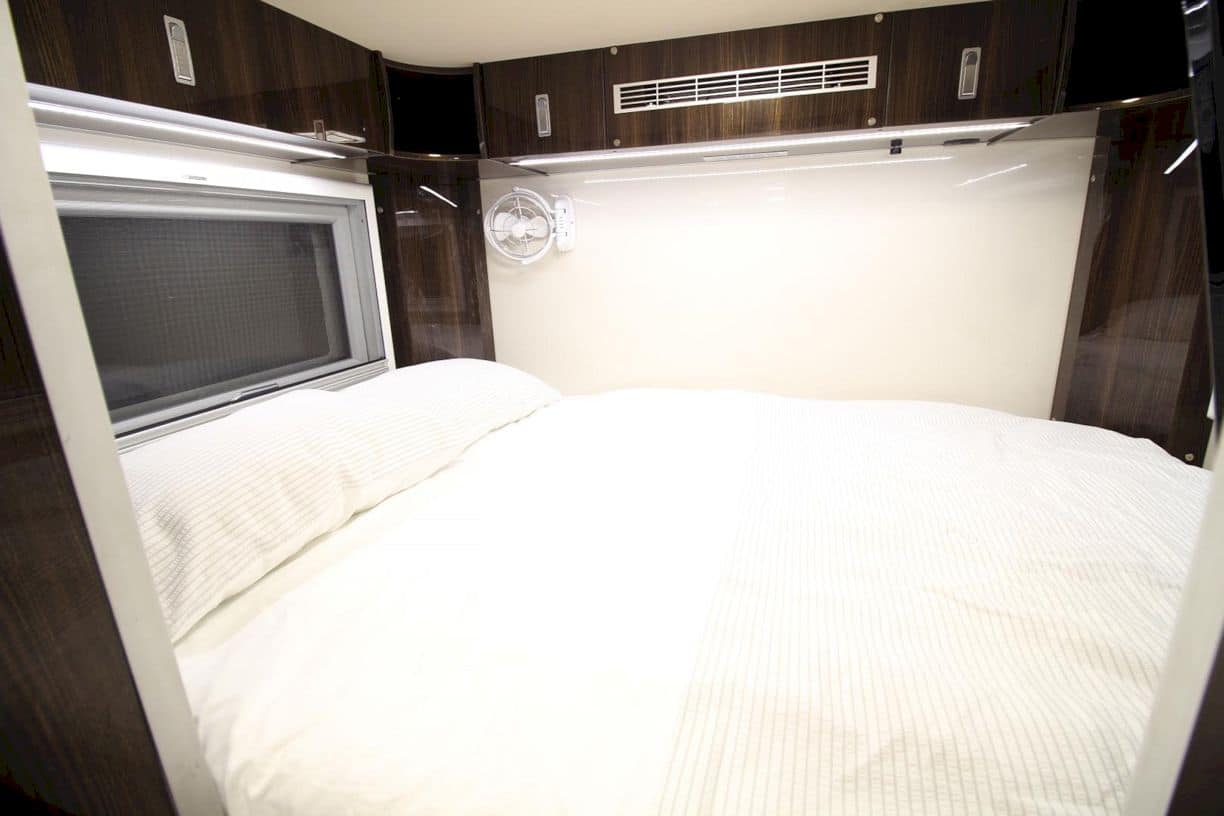 In this case, the first floor consists of a fixed room, with a double bed located above the dining area, which is elevated during the day and descends at night to the backs of the sofas. On this same floor, the SLRV Commander 8×8 Expedition has a kitchen and bathrooms, storage space and a generously-sized refrigerator. 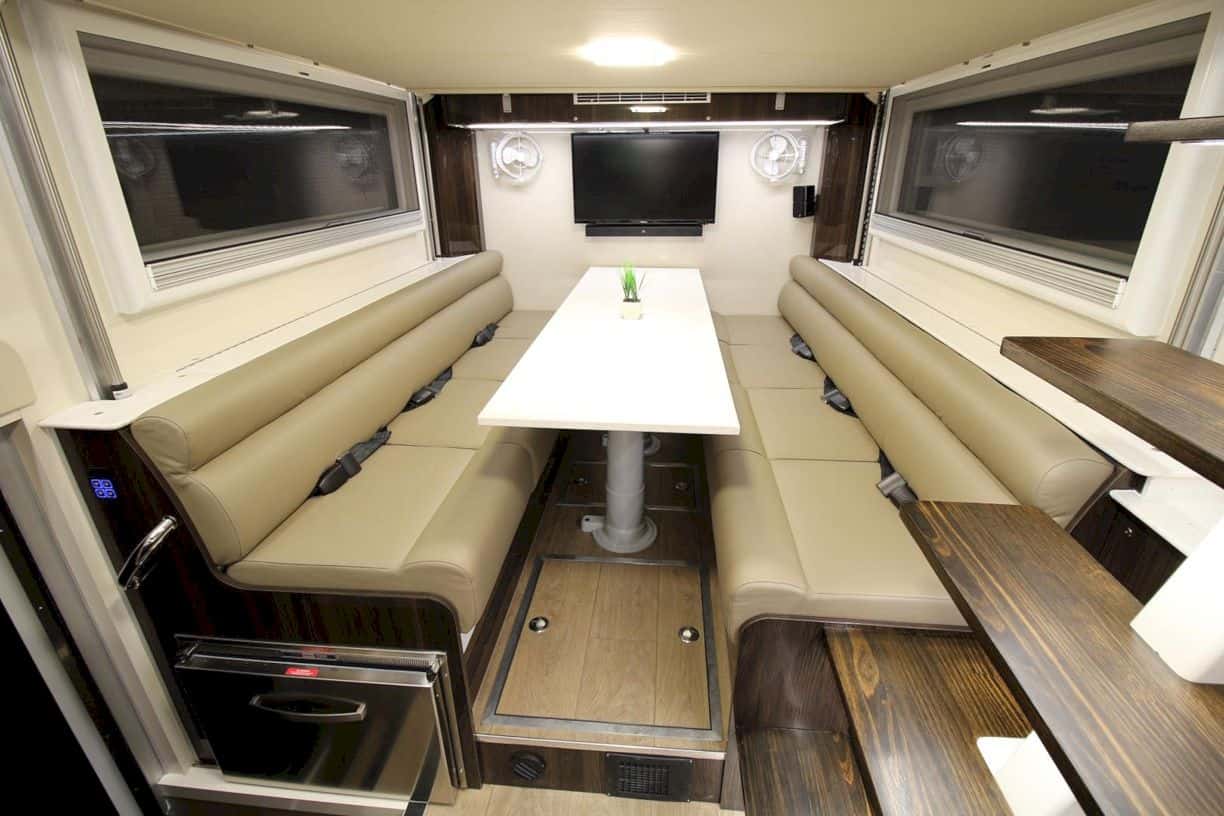 Through a staircase, there is an upper floor where six single beds located at ground level. Each of them has its window, lamp, and space to store personal belongings. The entire interior is powered by batteries that draw their energy from solar panels and diesel generators. 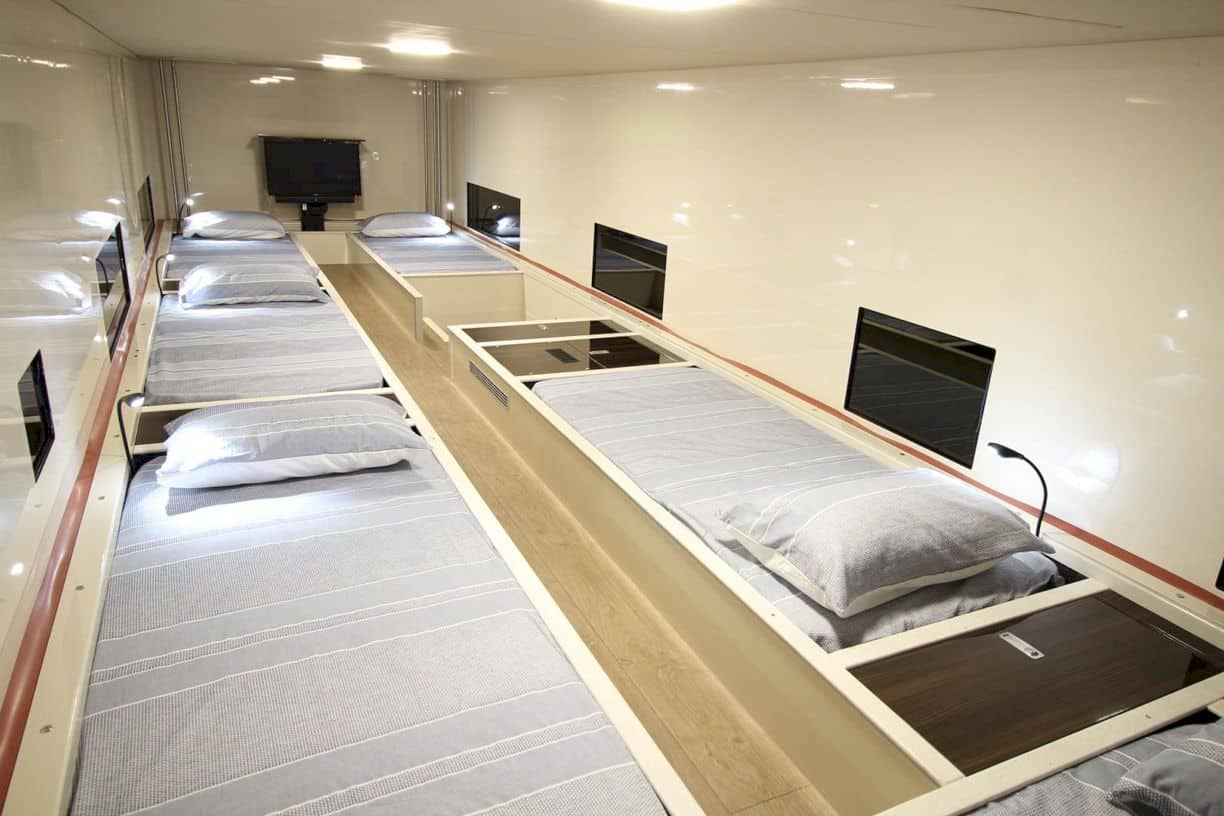 In this collective sleeping area, there is not much space for privacy. But when it comes to going on an adventure, one has to think that some comfort or requirement will have to be given up. The superior equipment is completed by a television. 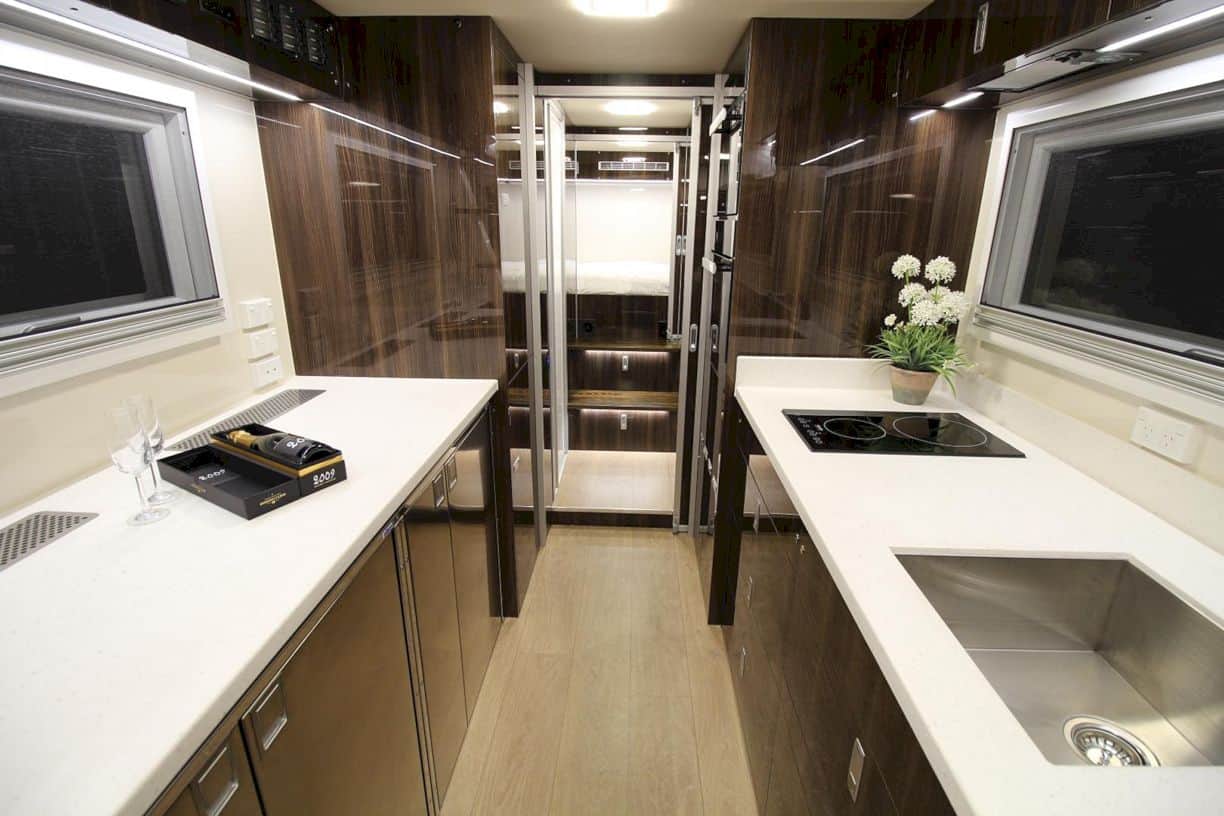 The propulsion of the SLRV Commander 8×8 Expedition is entrusted to a diesel engine of 12.5 liters of cubic capacity and 280 HP of power, which works combined with an automatic transmission of twelve gears and all-wheel drive 8 × 8. 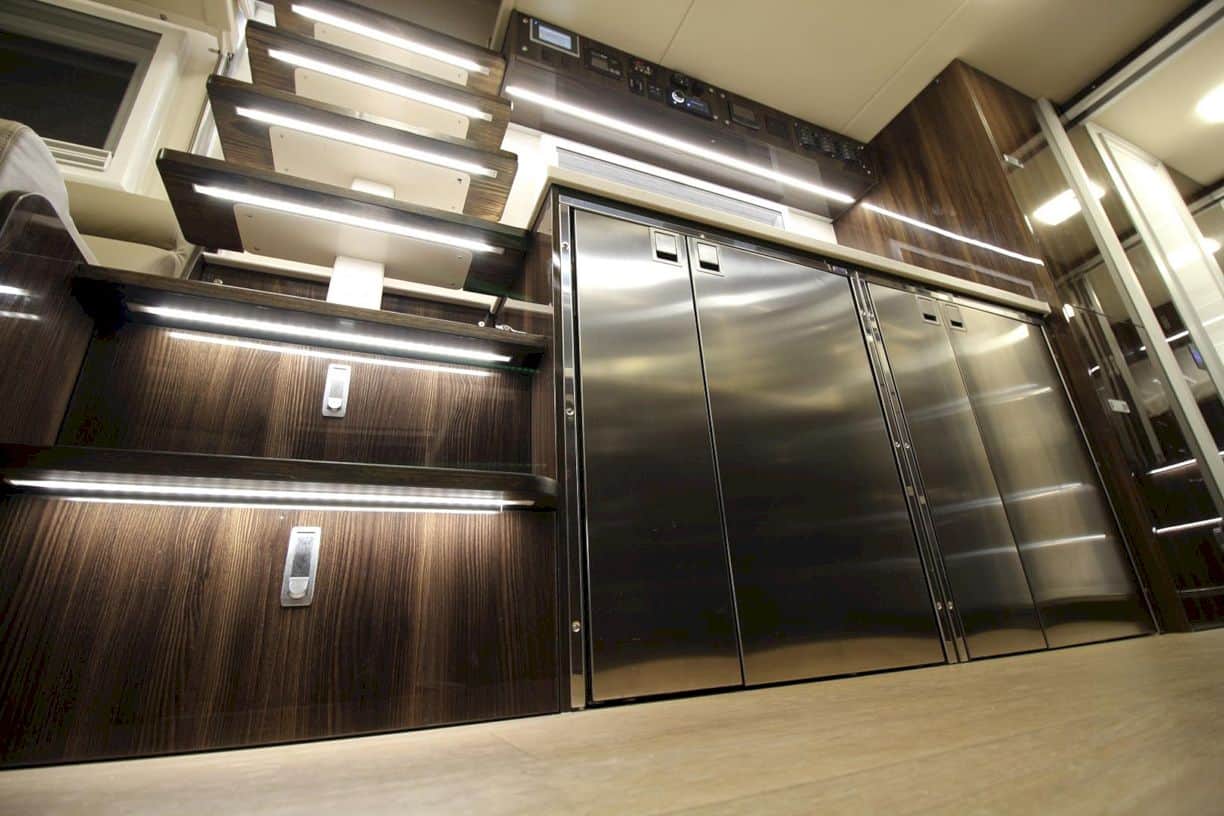 As expected, the price of the SLRV Commander 8 × 8 is enormous, because the can cost approximately 1.8 million euros, although everything depends on the level of equipment and the whims that the client is willing to include.