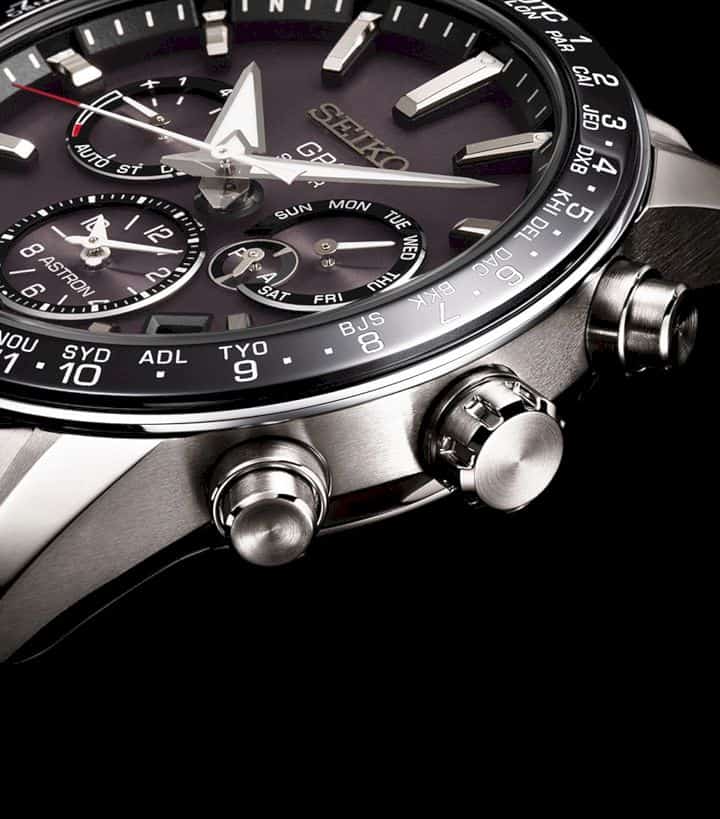 Seiko Astron: all the energy it needs comes from light alone 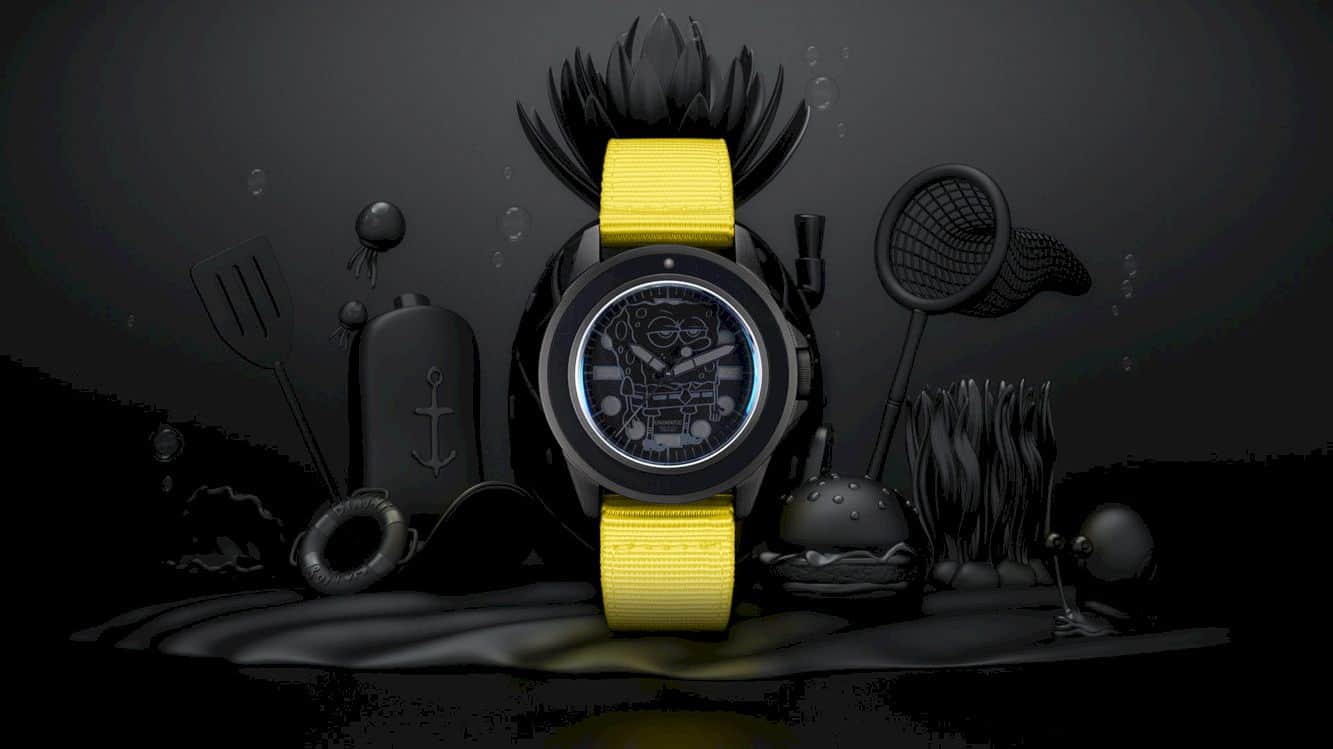 In addition to sneakers, SpongeBob SquarePants is now manifested in other fashion items, a watch. This time, Unimatic, the Italian watchmaker has just launched a Spongebob-themed watch that has a unique appearance.

Unimatic released the SpongeBob SquarePants edition special watch to celebrate the 20th anniversary of the character. On a glance, the Unimatic U-11 SS has a strong black feel but what’s special is that there is a picture of the SpongeBob character appears showing himself. 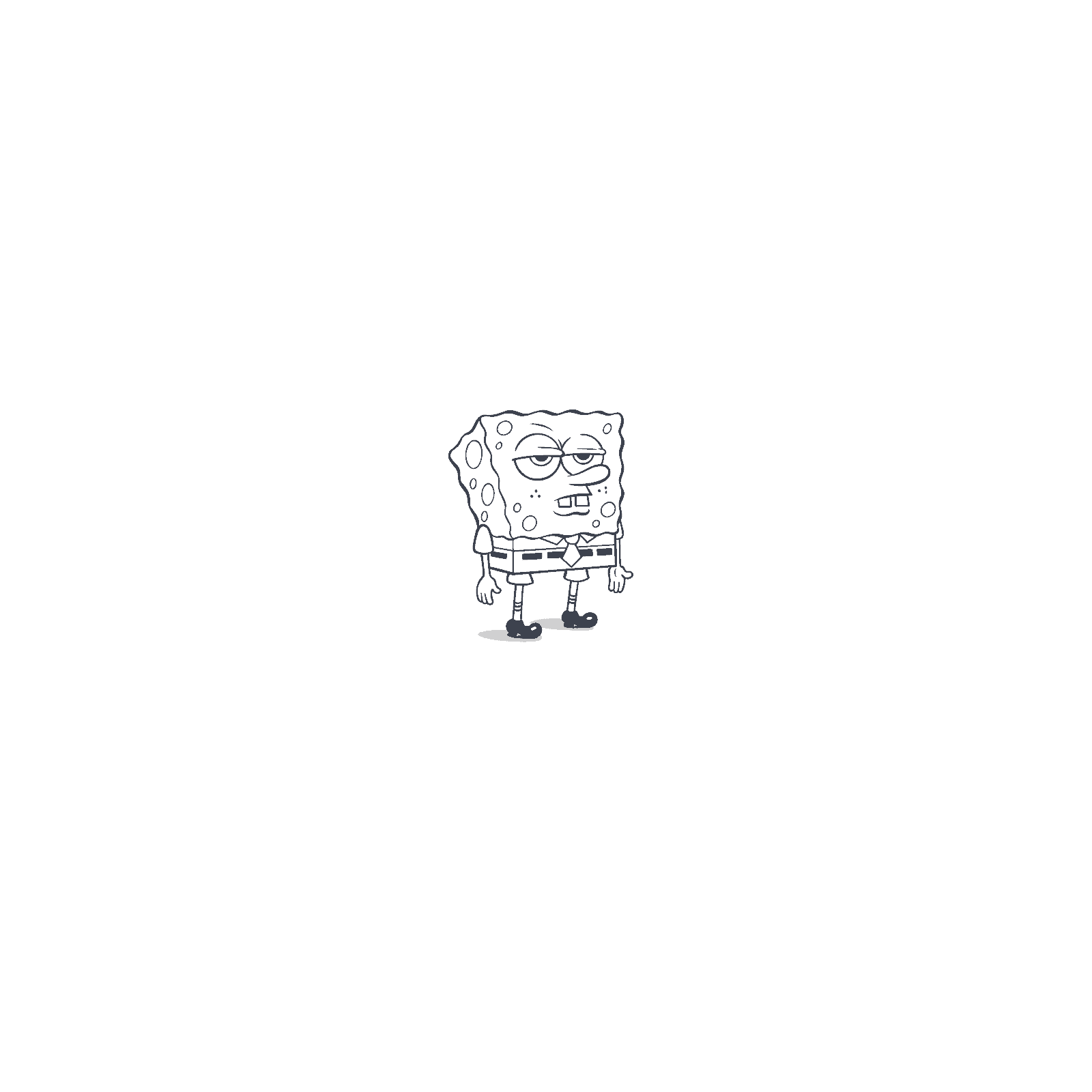 In detail, this watch has a triple-black face, complete with SpongeBob’s shadow portrait on a matte dial base, plus a Super-LumiNova® finish. Time is indicated thanks to matte black ladder phantom H+M, reverse lollipop S with anthracite tip. The double-domed anti-reflective sapphire crystal provides the best performance in every light condition.

Uniquely, at the back of the watch, there is a blueprint of the SpongeBob picture that is equipped with the respective serial numbers. The timepiece was just felt incomplete without the color yellow and the Unimatic then uses a yellow watch strap.

The typical color of Spongebob is chosen to reinforce the impression of the character who lives in this Bikini Bottom. The strap is made of nylon. If you want another color, Unimatic completes the package with a black Nato strap. 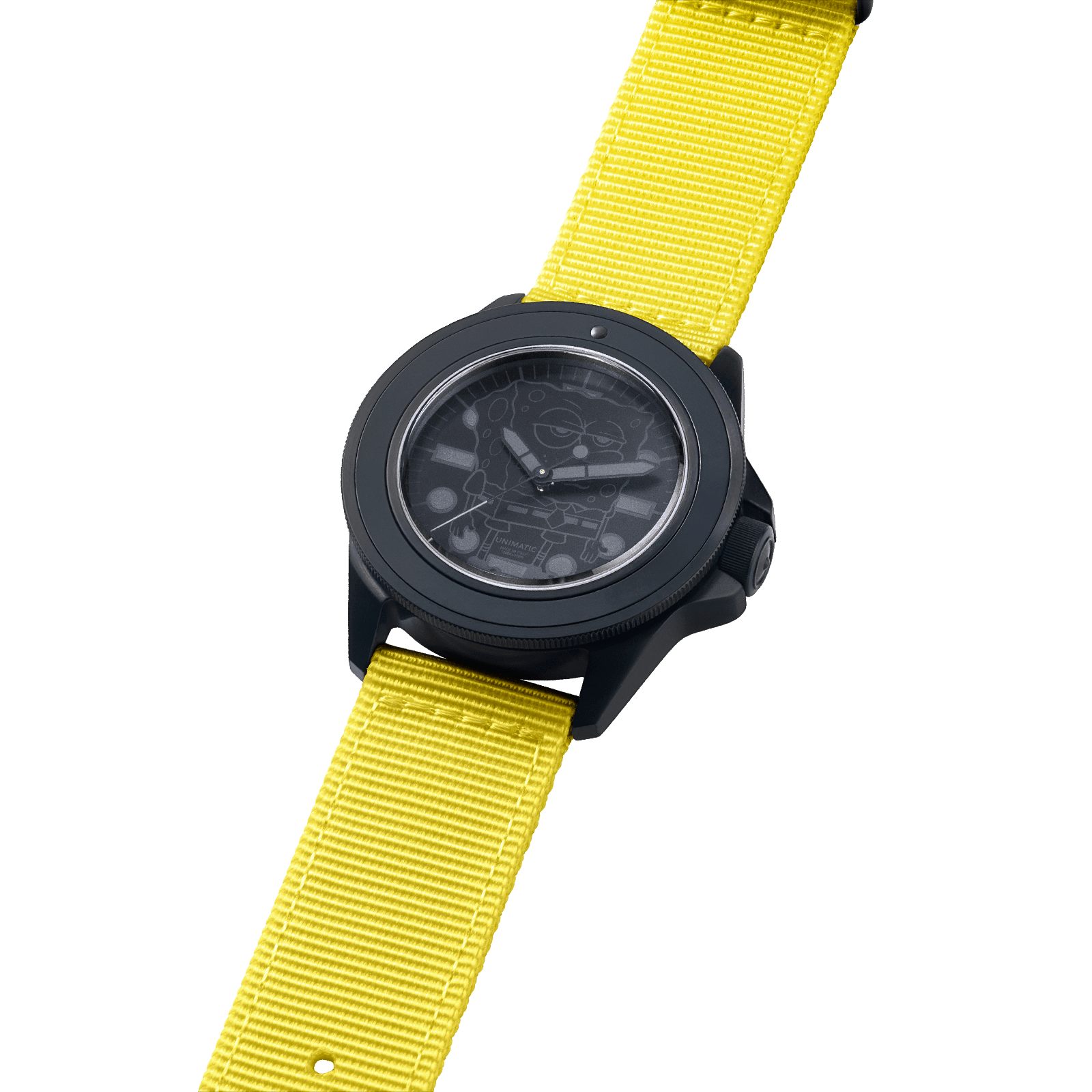 The latest collection of SpongeBob SquarePants watches from Unimatic was released on October 28, 2019, with a limited amount of only 50 pieces. As for the price, this special watch is priced at $ 721. The company will also be throwing 24 months worldwide warranty. 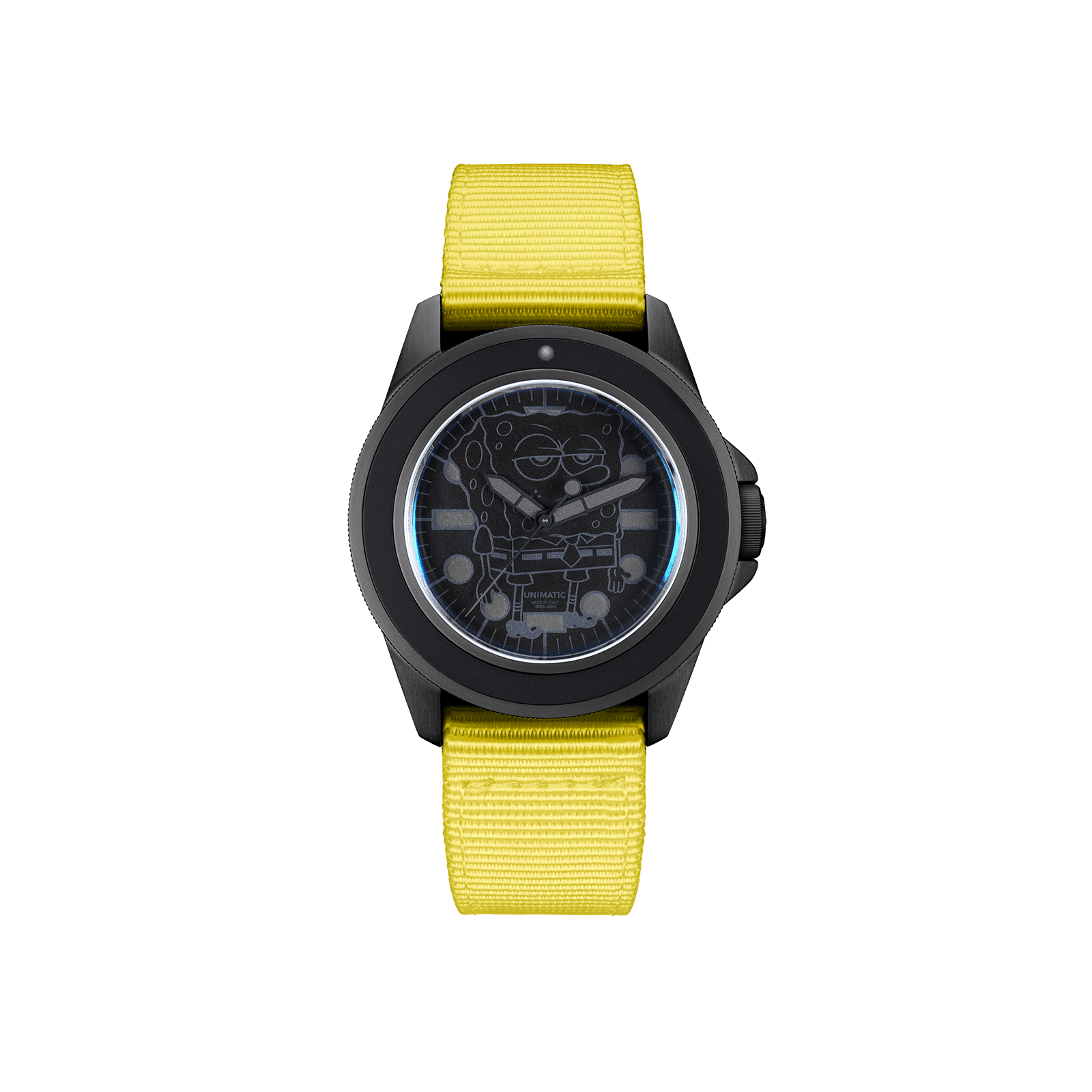 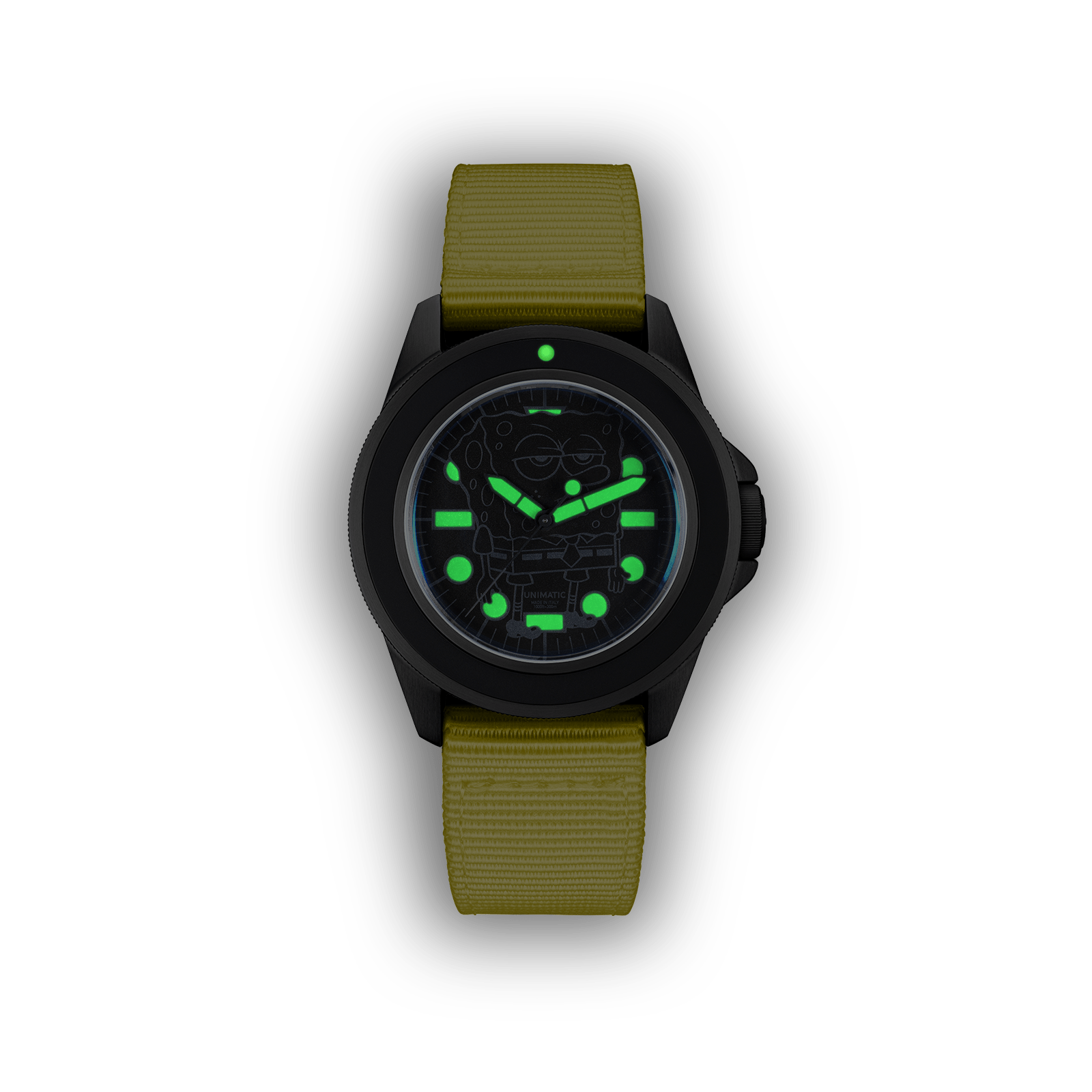 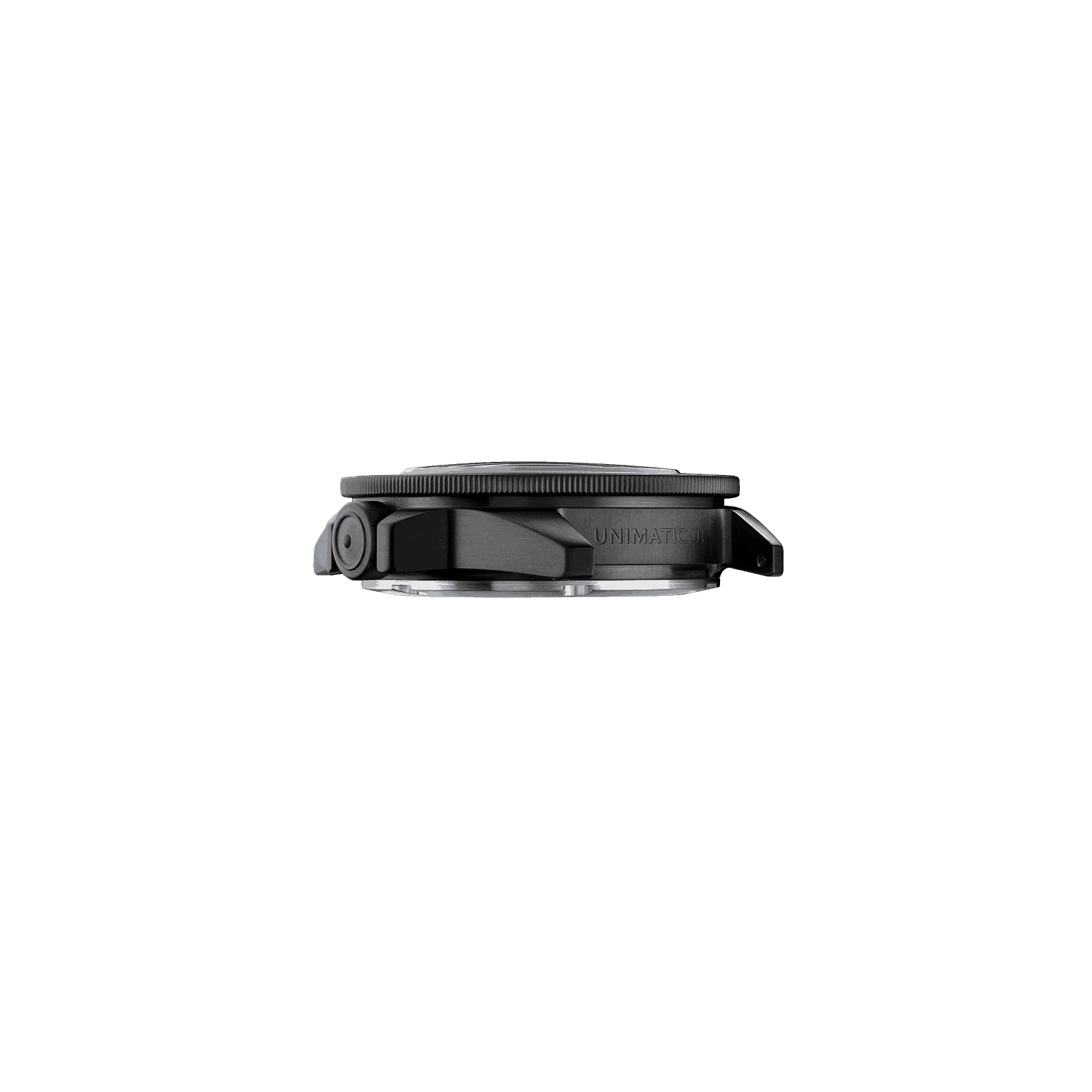