A boathouse, a separate garage, and a vacation residence have been arranged on a steeply sloped, forested site in Lake George, New York. Designed by Bohlin Cywinski Jackson, Adirondack Retreat is built in 1987 and completed in 1992 with 4,000 SF in size. The architecture of this project doesn’t only delve into the materials’ emotive potential but also connections between natural and man-made. 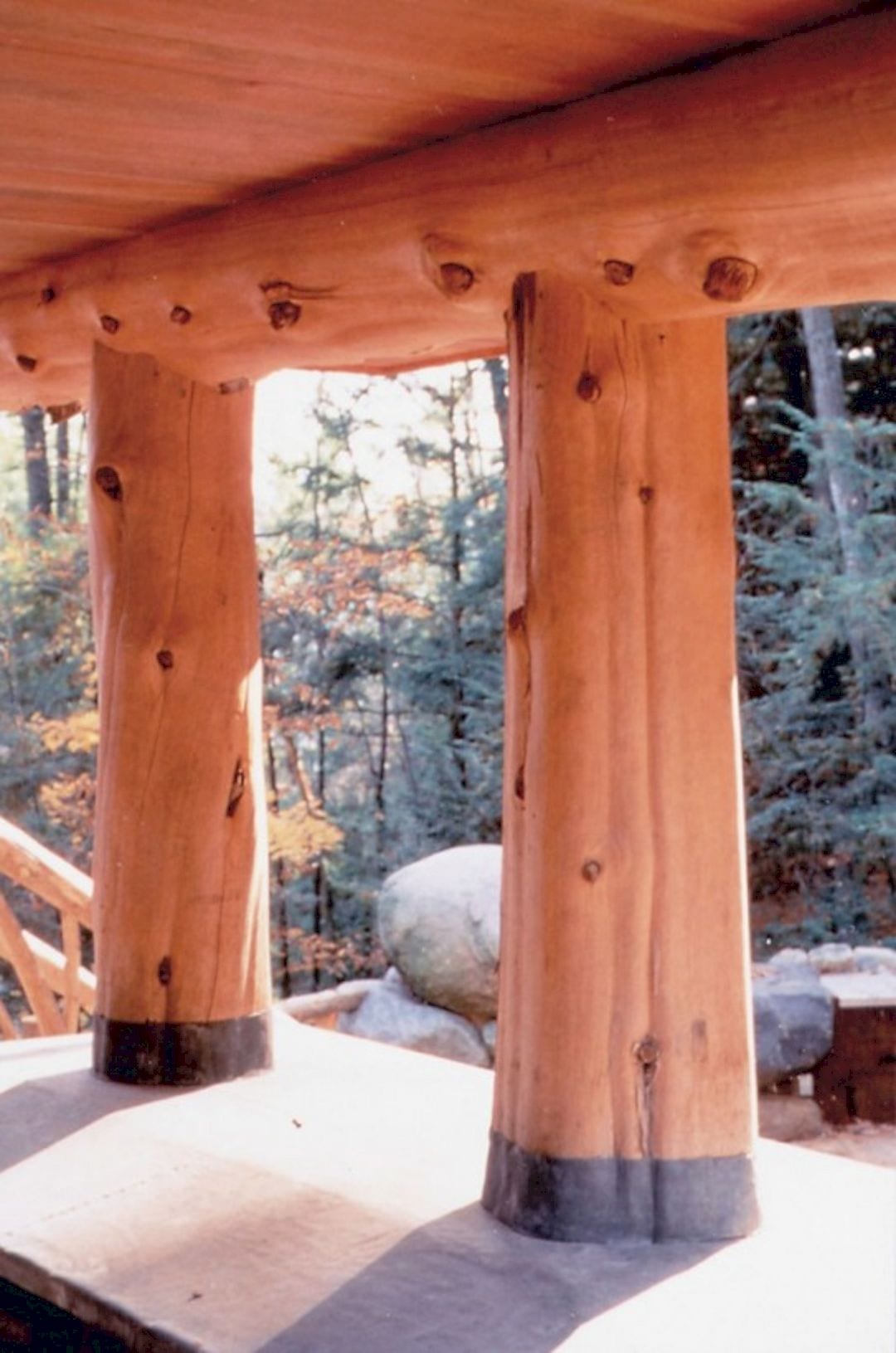 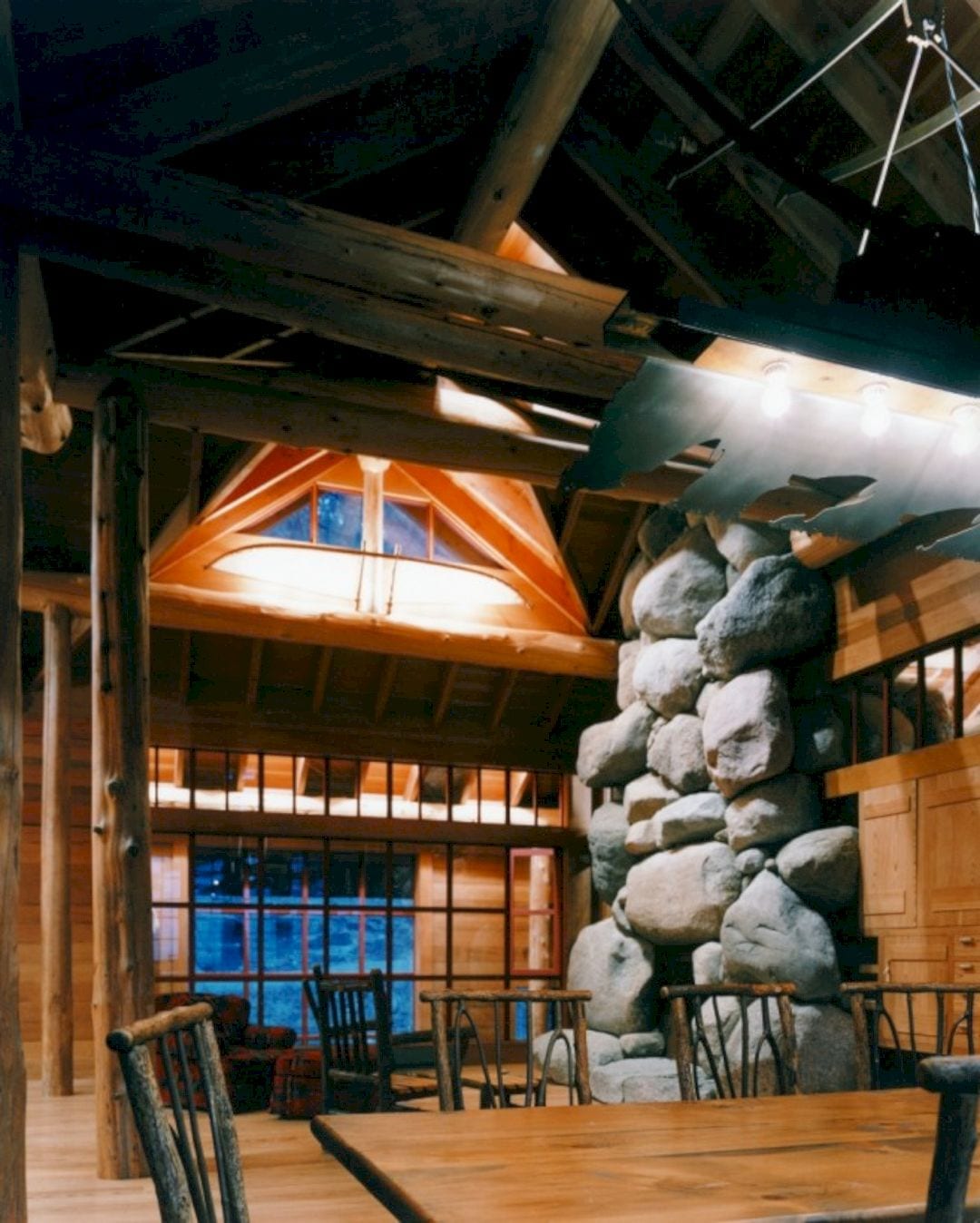 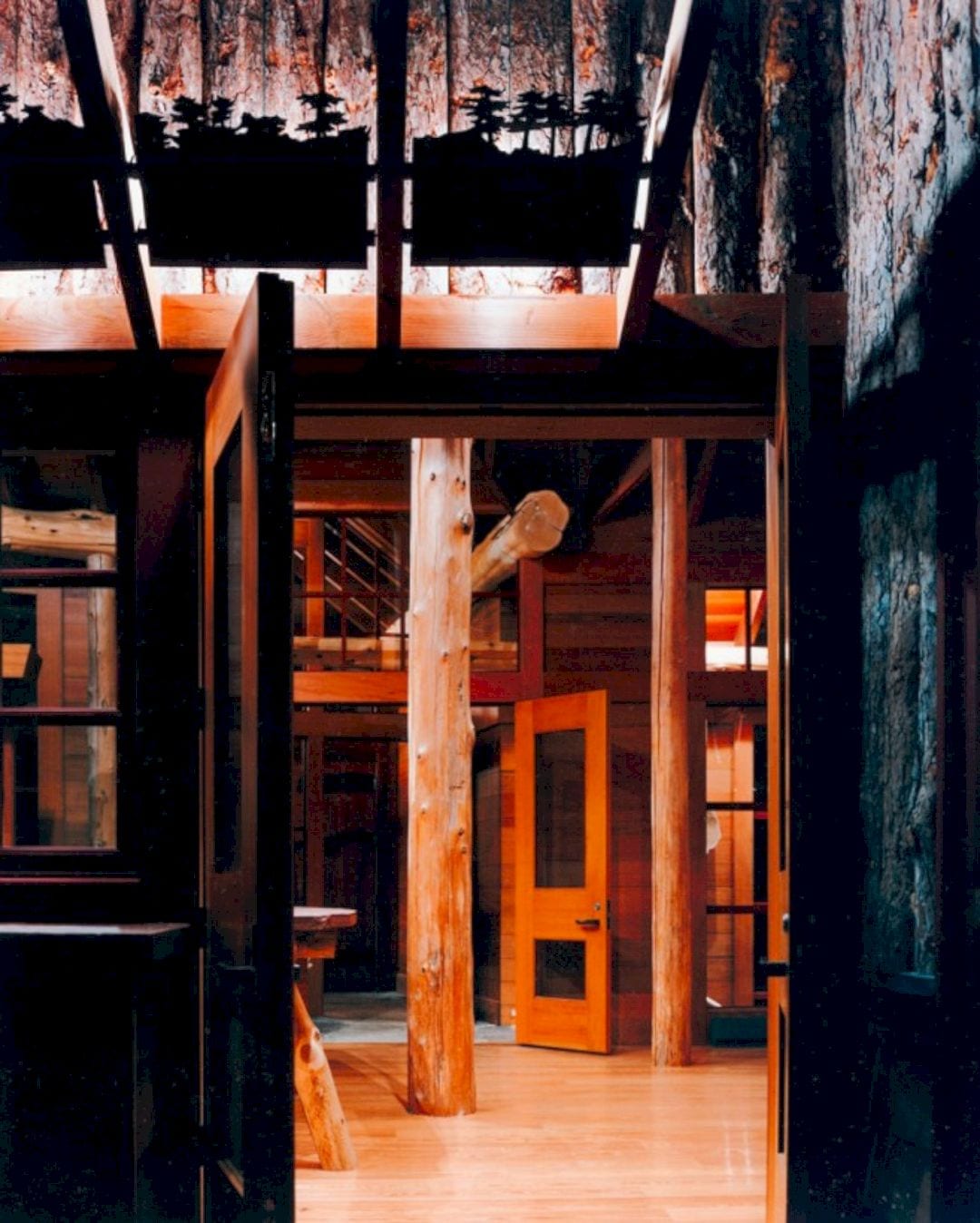 Sits on the edge of a mountain lake in upstate New York, this project comes with a spirit of the Adirondack Great Camps that though generally thought of as indigenous are actually derived from Japanese and European alpine traditions. Its architecture design tries to delve into the emotive potential of the used materials, including the connections between natural and man-made. 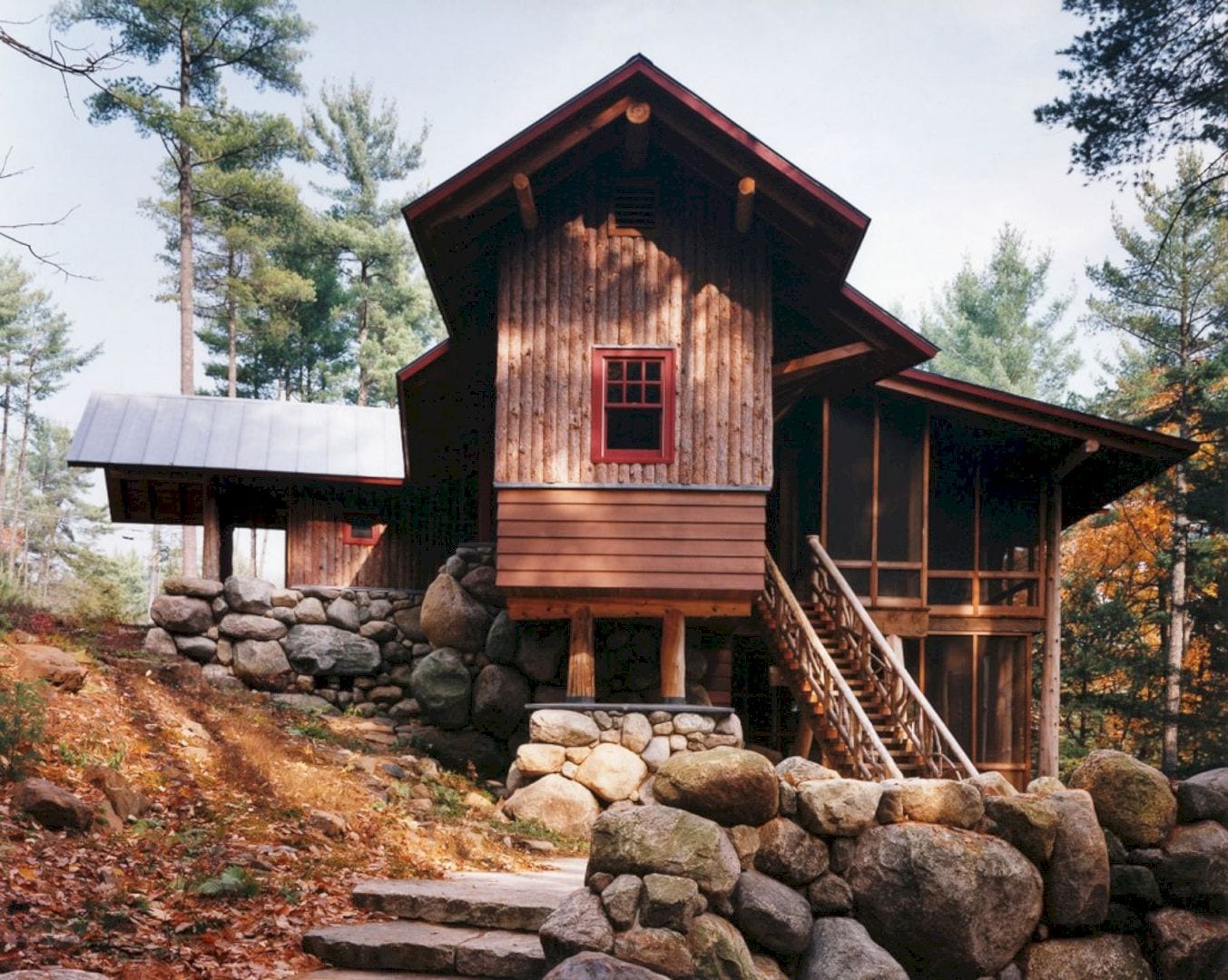 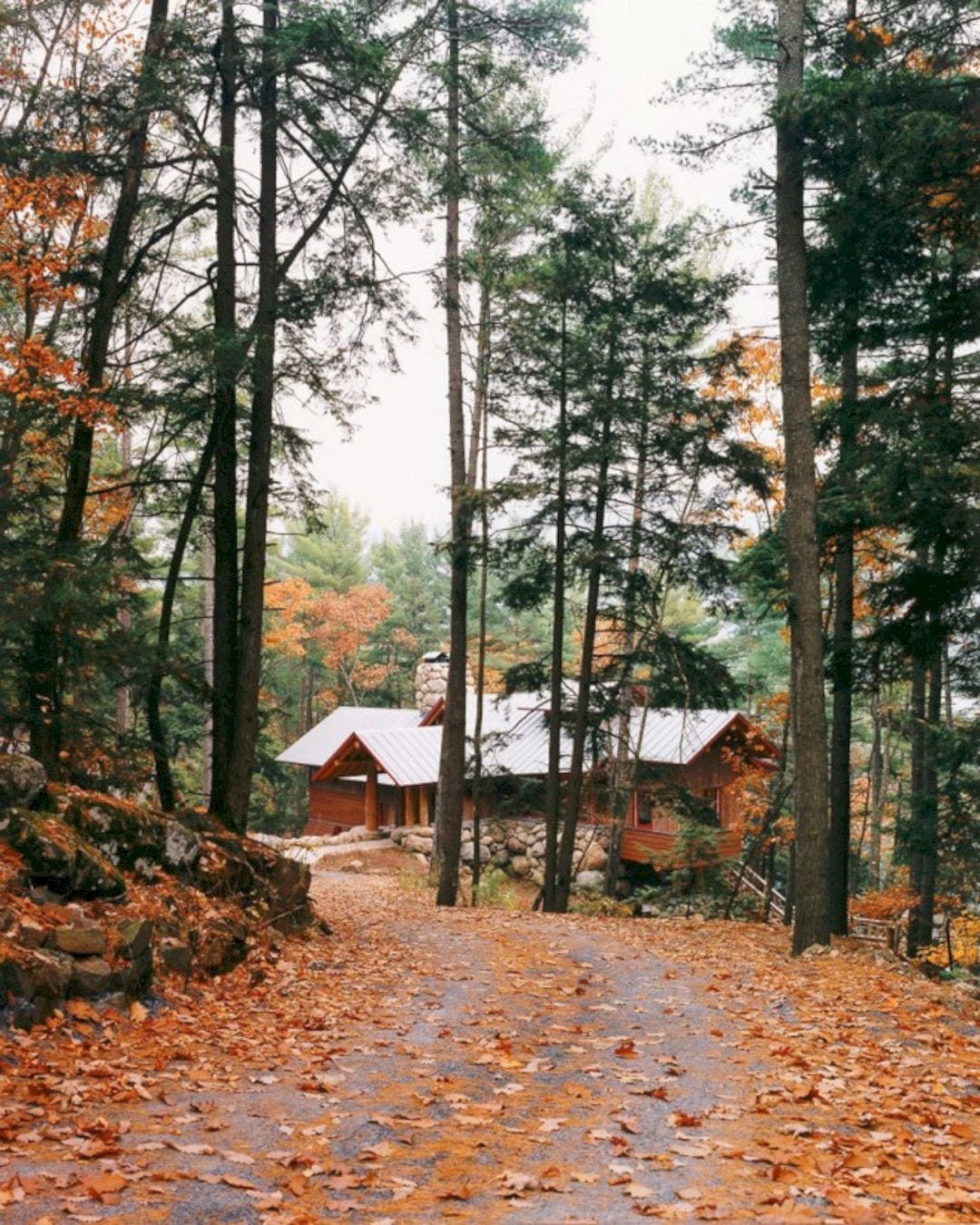 The stone chimneys and roof places can be seen easily through hemlock and pine. On the upper level, the slightly angled main entrance inflects toward the visitor. This entrance is also marked by a gable of over-scaled logs. The entry area leads one to the massive granite fireplace through a forest of cedar columns which rises through the structure, dominates the central living spaces.

Through timber framing, the light from high clerestory windows streams down into the upper level while rustic stick work, red pine bark siding, and tree columns engage awesomely in a dialogue with the beautiful surroundings.