Audi is one of the car manufacturers who are observant enough to see the shifting trends in electric and hybrid concepts. Their E-Tron lineup is one of the best known since it was launched in 2009. The German automotive company has also recently unveiled its latest concept of electric transportation, but this time, it is not a car. 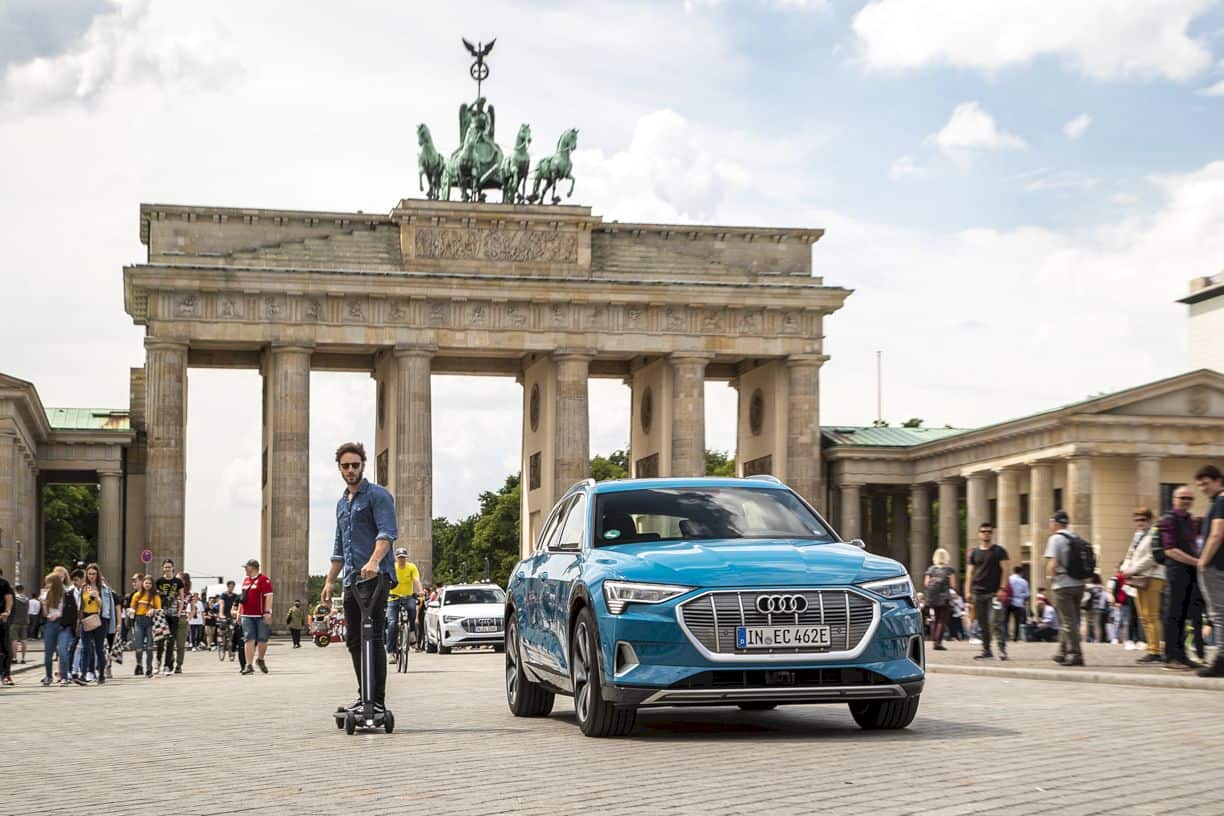 Not long ago, Audi unveiled an electric-powered transportation device with the E-Tron branding that had a shape like a skateboard. Named E-Tron Scooter, this unique vehicle is an environmentally friendly alternative for those who don’t have deep enough wallet to buy the SUV variant that was launched early this year.

E-Tron Scooter can be likened to a combination of skateboard and scooter and powered by an electric motor. The vehicle has a signboard section for where you stand, connects to the handlebars to rest both hands, and drives via four wheels. 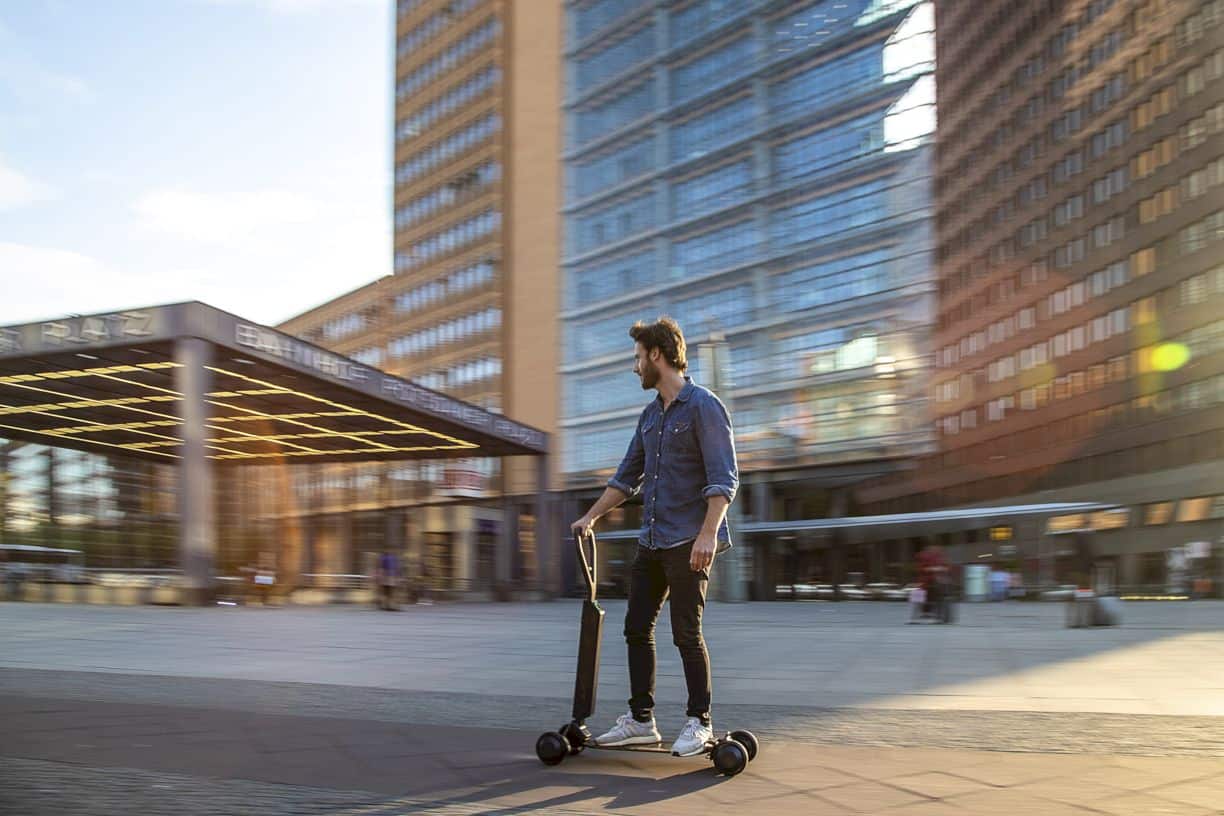 Interestingly, even though it has a scooter-like appearance, the control process is carried out by moving your body weight to the right or left – like a skateboard. This personal vehicle can be a pollution-free solution from electric bicycles to reach locations that are not too far away, but quite tiring if you have to walk. 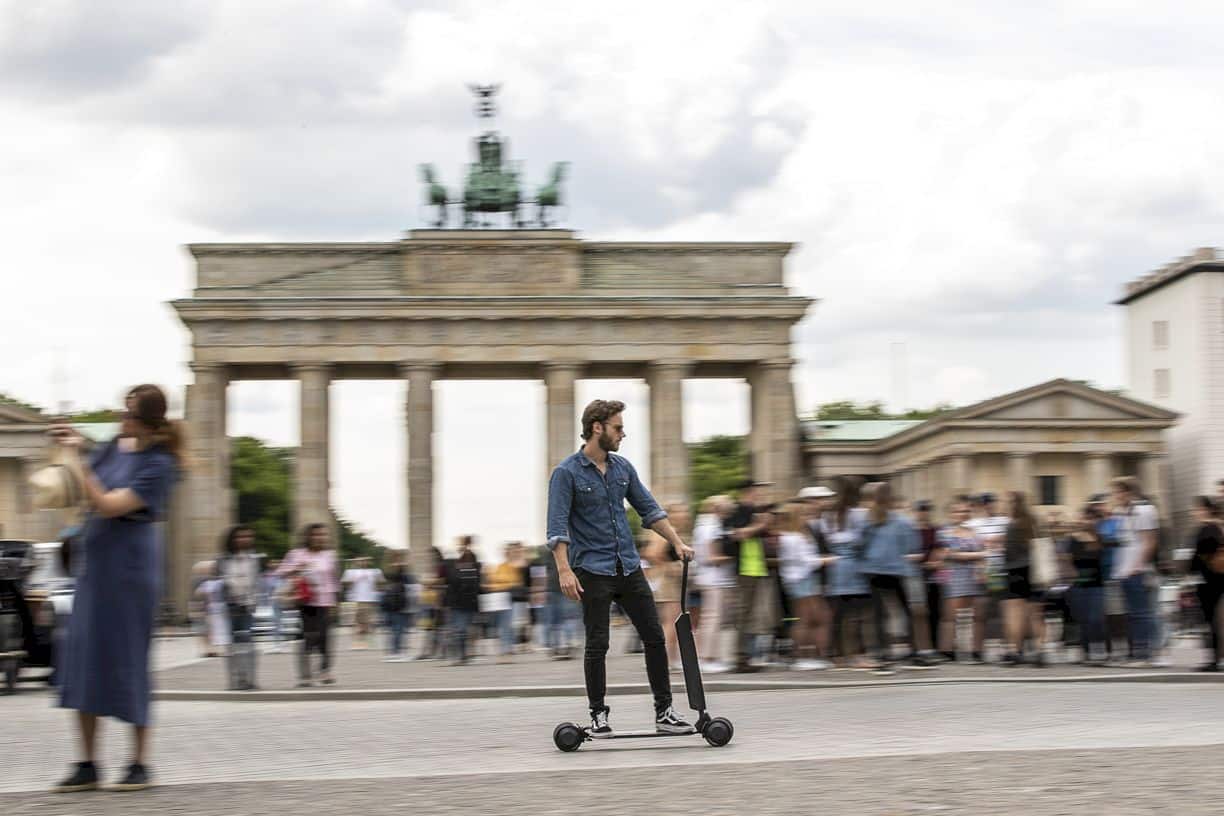 E-Tron Scooter has a compact structure and its size is smaller than a bicycle making it easier for users to move and store it. Its total weight is only 12 kilograms and its body can be folded, allowing its user to bring the scooter to the public transport or put it in the trunk of a car. 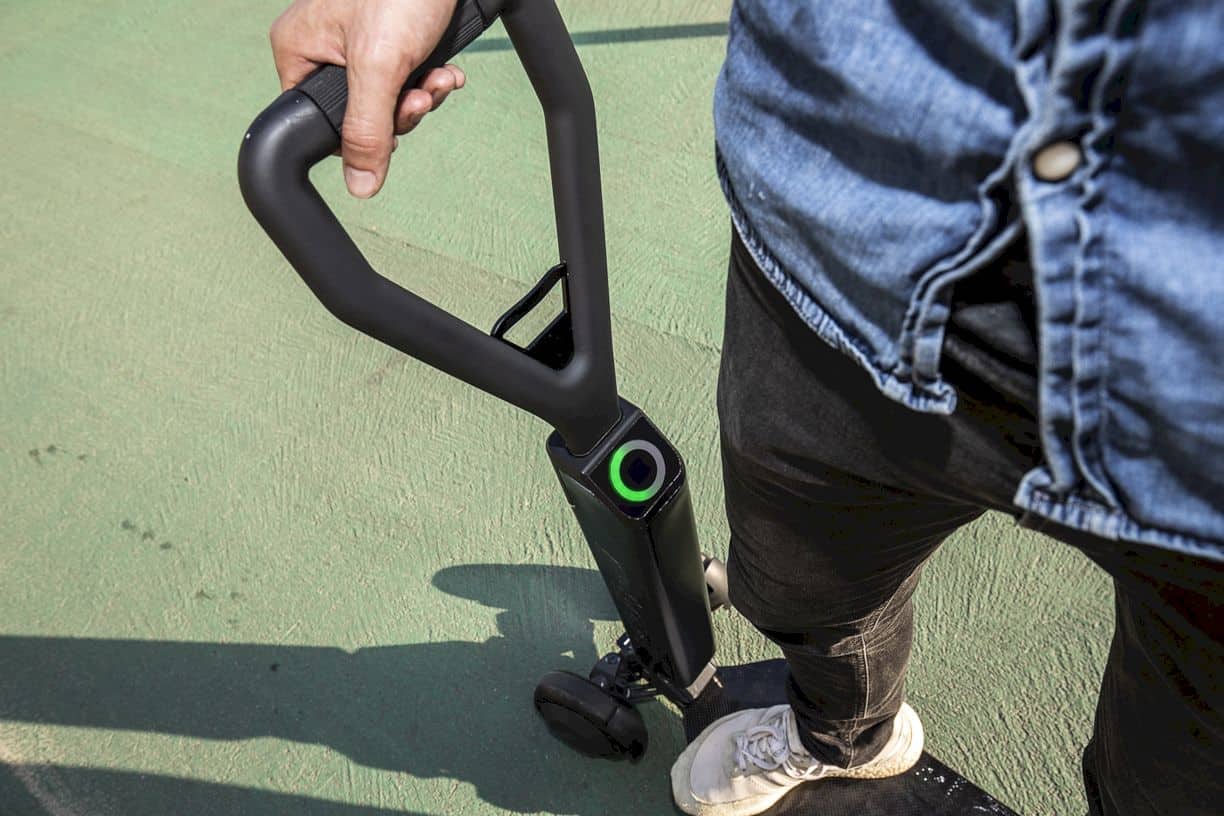 The E-Tron scooter is capable of driving at a maximum speed of 20 kilometers per hour. When the battery is fully charged, it can accompany its rider to go over a 20 kilometer. Uniquely, this scooter is supported by a system that is able to change the braking momentum into kinetic energy.

In addition, there is also a hydraulic foot brake system for safety features. The battery unit is positioned in the handlebars, can be refilled via standard power outlets or placed in an available slot in the trunk of an Audi E-Tron car if you happen to have one. 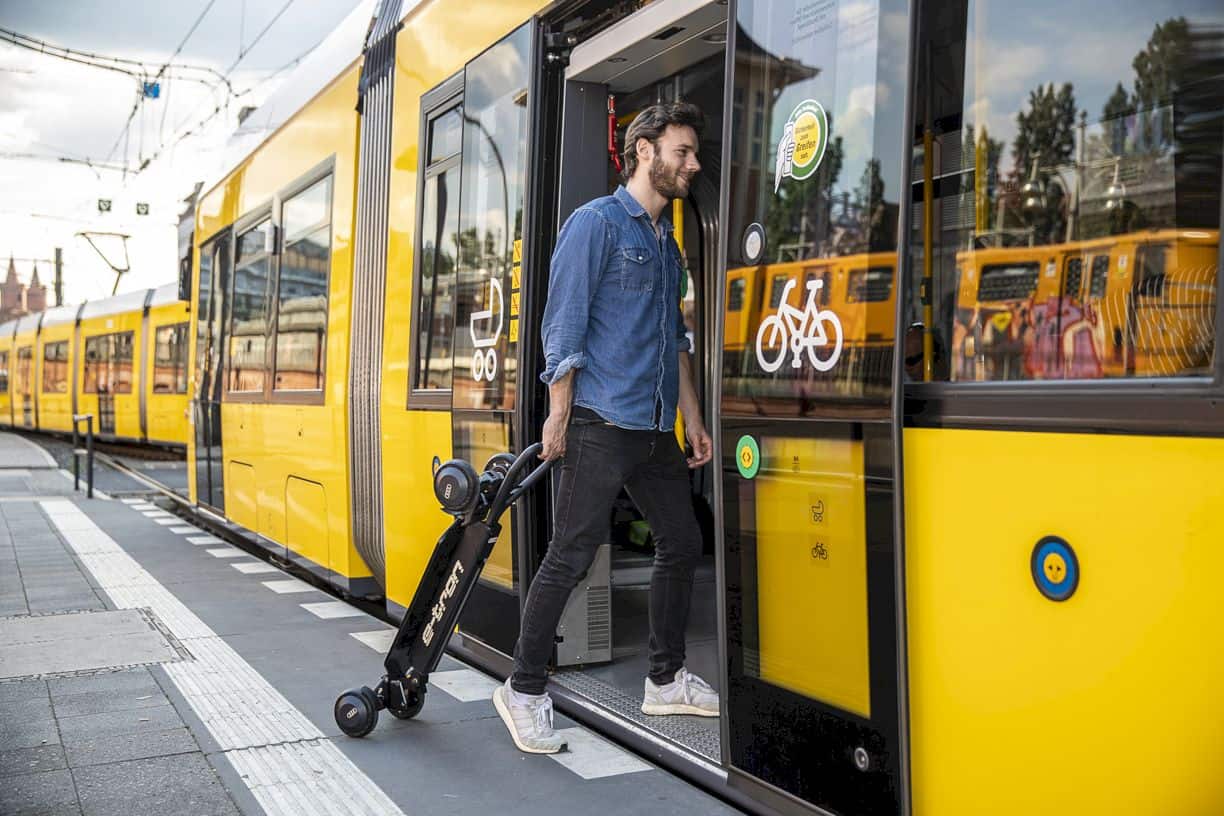 Audi also doesn’t forget important trinkets like lighting. E-Tron scooters are equipped with headlights, daylights, taillights and brake lights. All kinds of settings can be done via a smartphone, connected to the E-Tron Scooter via a Bluetooth connection. 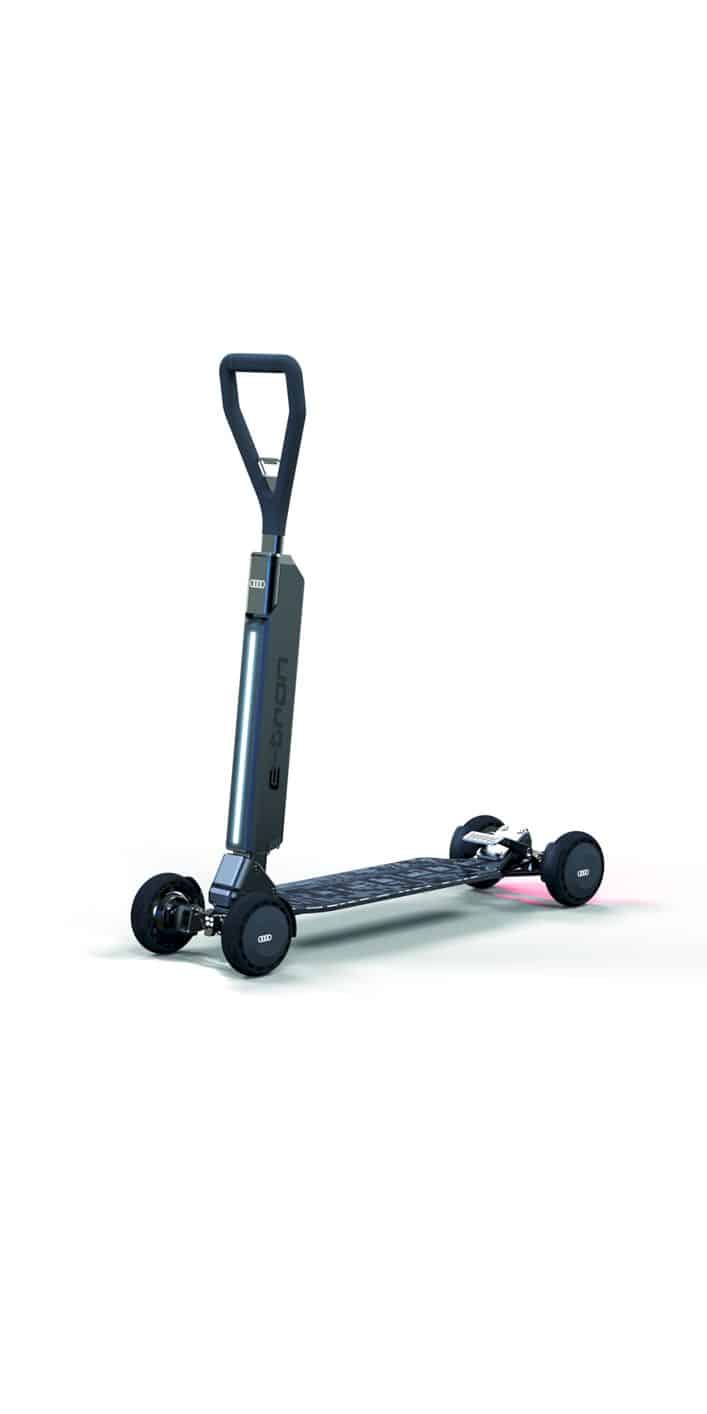 The electric scooter is planned to be marketed in 2020 and is marketed at a fairly extravagant price of $ 2,240 (€ 2,000). Audi will also provide two choices of models to choose from, it’s either wood or carbon variants.