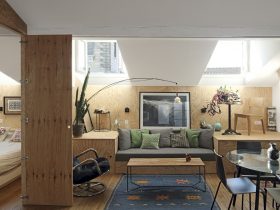 Revealing a perfect balance between concrete and stone, Felipe Hess completely awe the media with Casa Cor. With 85 m²,  the space was worked in a conceptual and unique way, without escaping from the conventional premises that a kitchen requires. 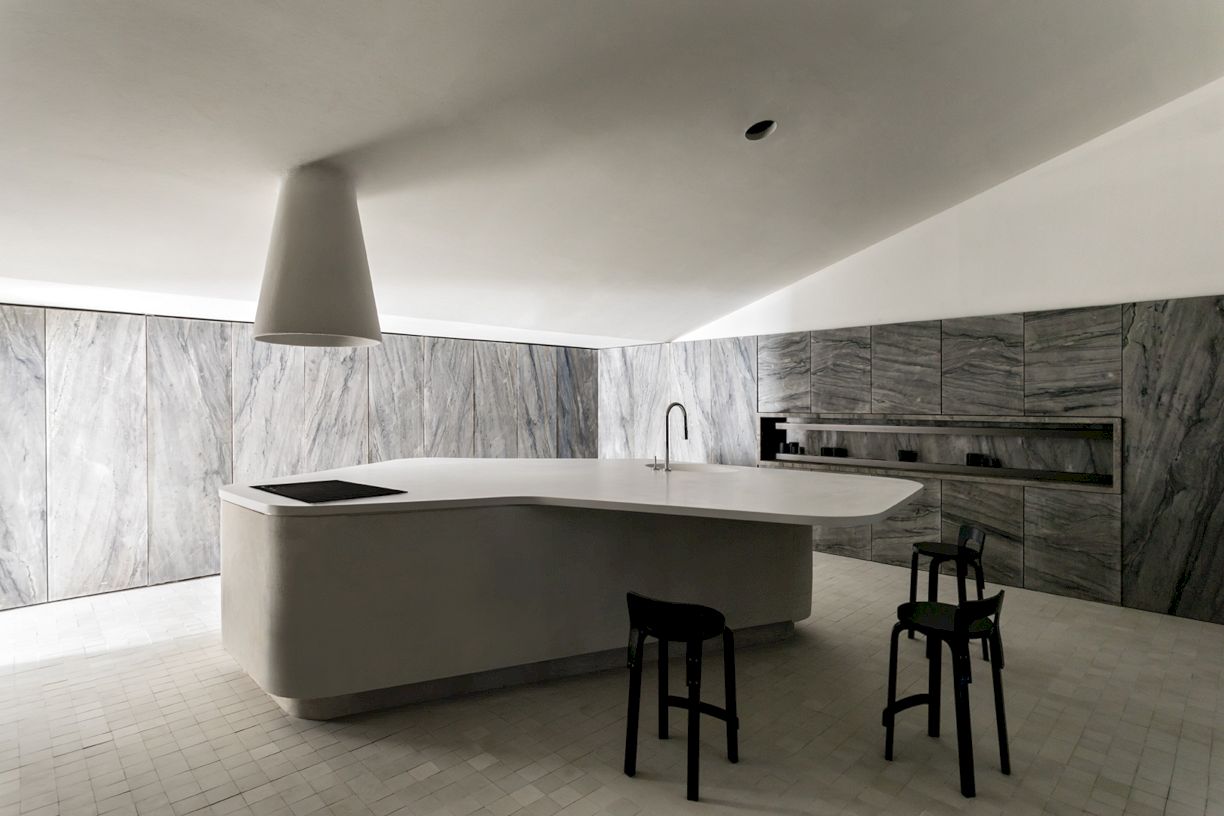 Thus, the space is revealed on a central island, almost absolute in the kitchen scene, which receives a large top of mineral and acrylic. Next to it, a concrete hood drips from the ceiling unexpectedly. 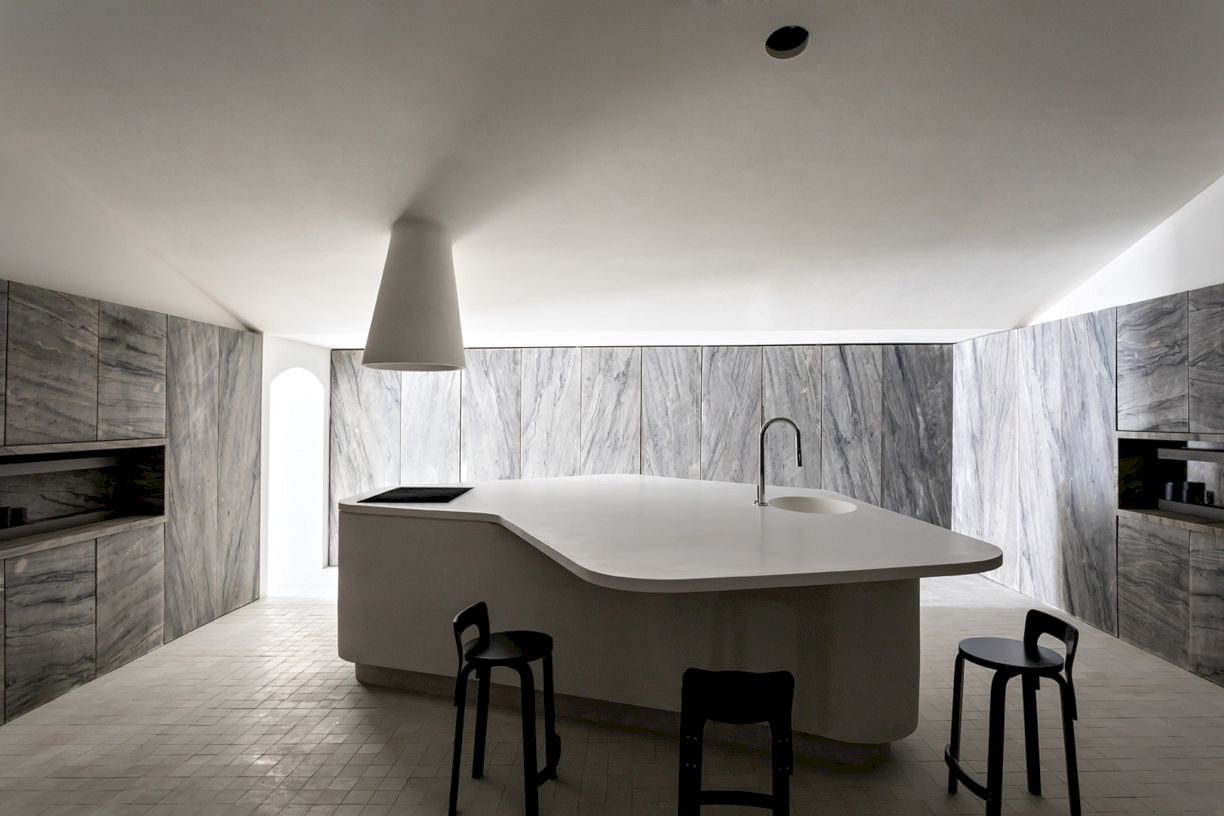 Space for preparing quick meals, the central island is surrounded by appliances and cabinets, although at first glance it is not apparent: the storage system is hidden by invisible doors, in order to conceive the minimalist appearance. 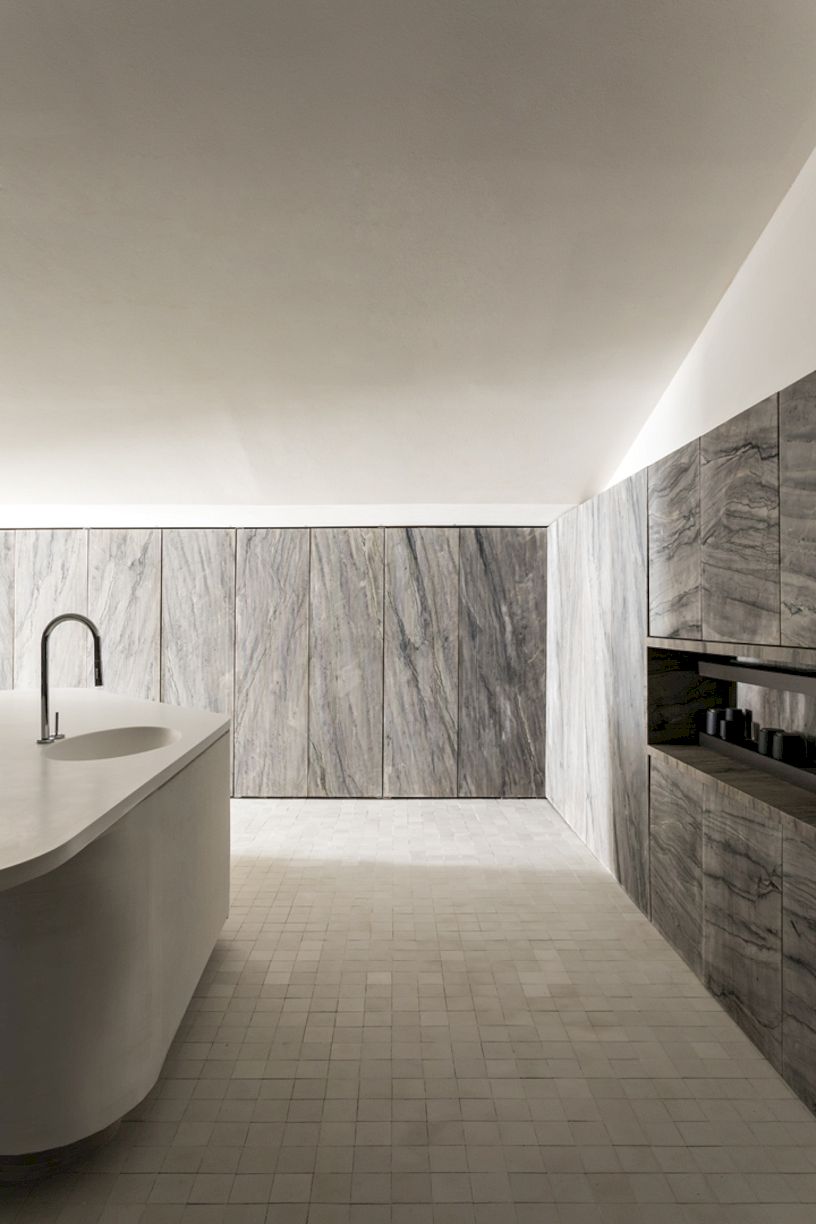 Around a central island that houses the cooking area, preparation, storage, and appliances were distributed, hidden by the brand’s innovative systems. 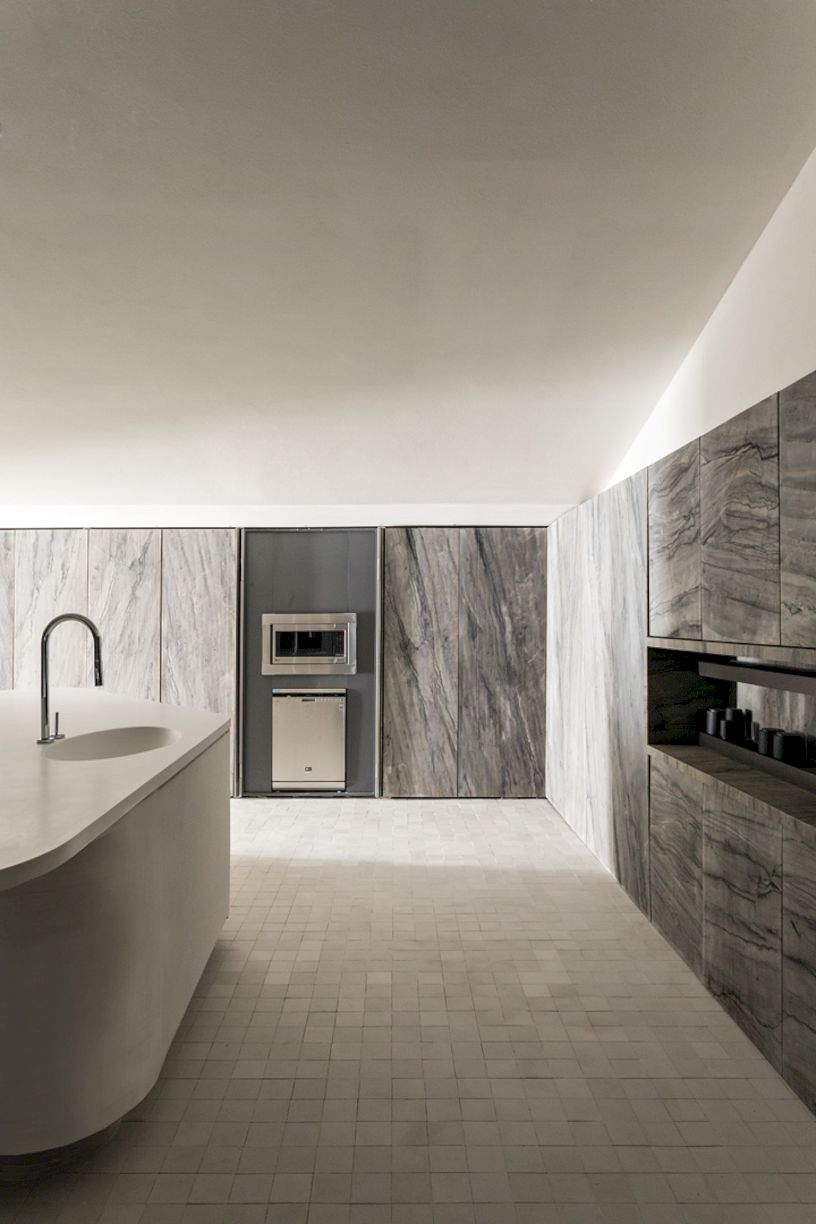 It receives a large circular top of Corian, composed of mineral and acrylic material, and considered one of the most resistant materials available on the market.

The furniture is rarefied, with the three black stools as the only loose pieces, designed by the Finnish architect Alvar Aalto. 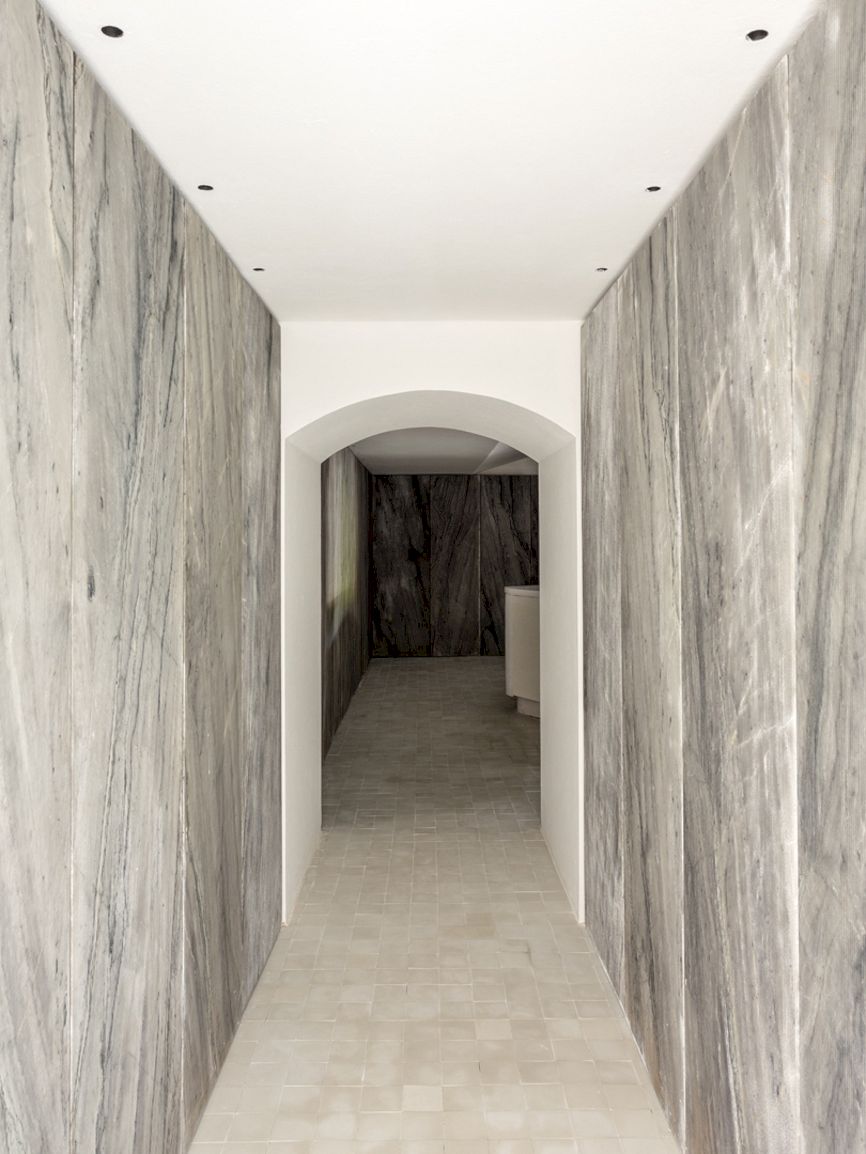 On the floor, the gray hydraulic tile seems to merge with the other furniture and wall finishes, giving a sense of continuity. The pieces are handcrafted and produced one by one, which makes the lining unique. 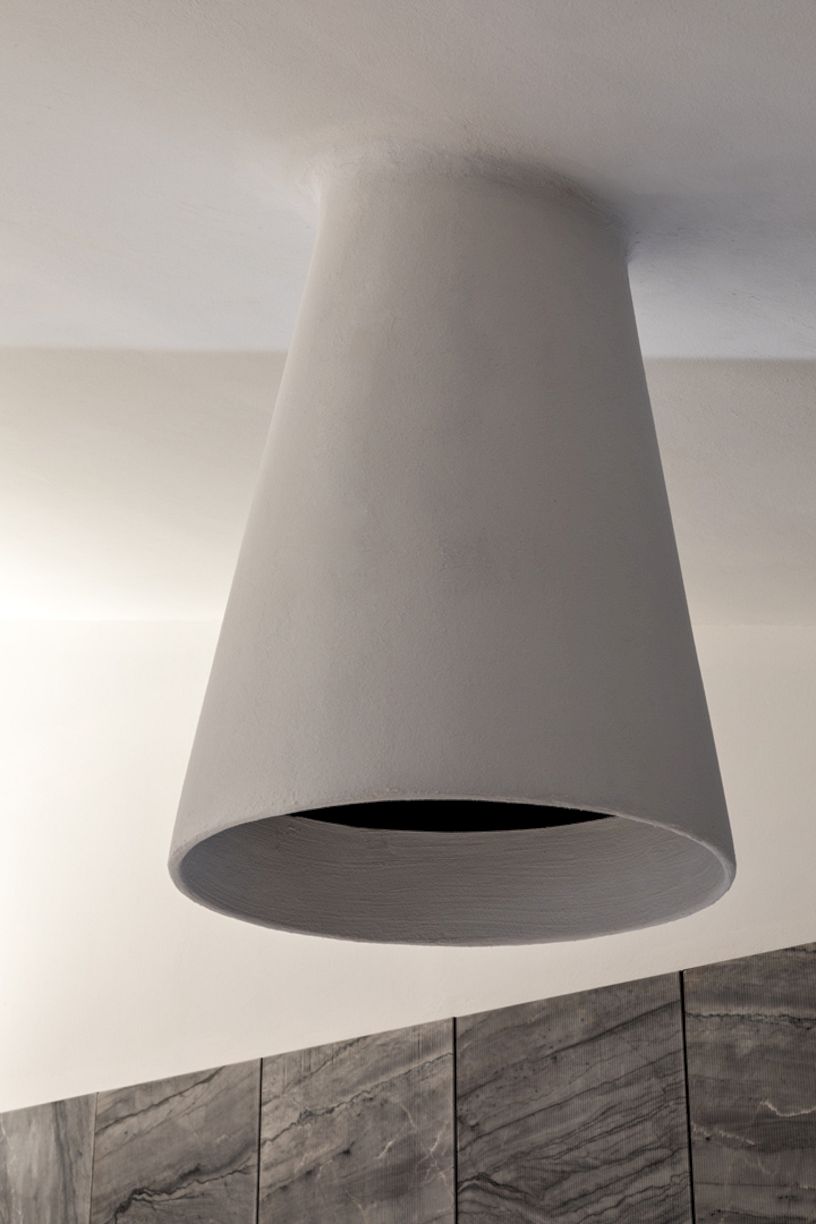 Indirect lighting was designed to highlight the furniture and its finishes, such as the veins and texture of the stone, and the few other items of decoration. 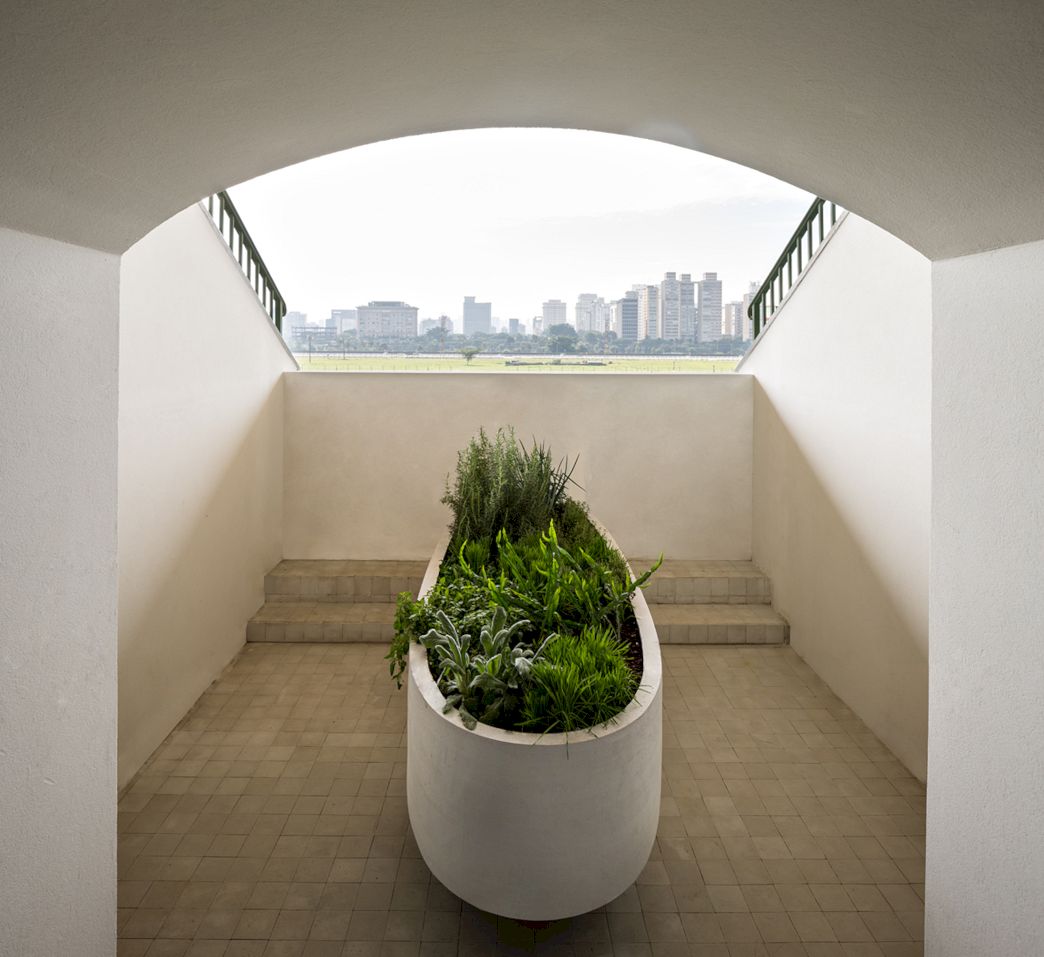 The environment also has a small entrance of natural light, where a mini terrace with a vegetable garden was created, which overlooks the Jockey Club of São Paulo.

Felipe believes that the ambiance with music meets perfectly with the philosophy of minimalist and technological space.