In order to commemorate the 60th anniversary of the existence of the iconic 500 Jolly Spiaggina car, Fiat presents a special edition by redesigning the original model as a form of respect. The new model made by Fiat is produced in limited numbers, which is 1,958 units which remark the first year Jolly Spiaggina was produced.

In addition, the roll bar section is opened and the car seat is made of classic leather which is the right size for the wind to blow down our hair while enjoying the weather with this car. A retractable roof allows you to view the sky without any limits. 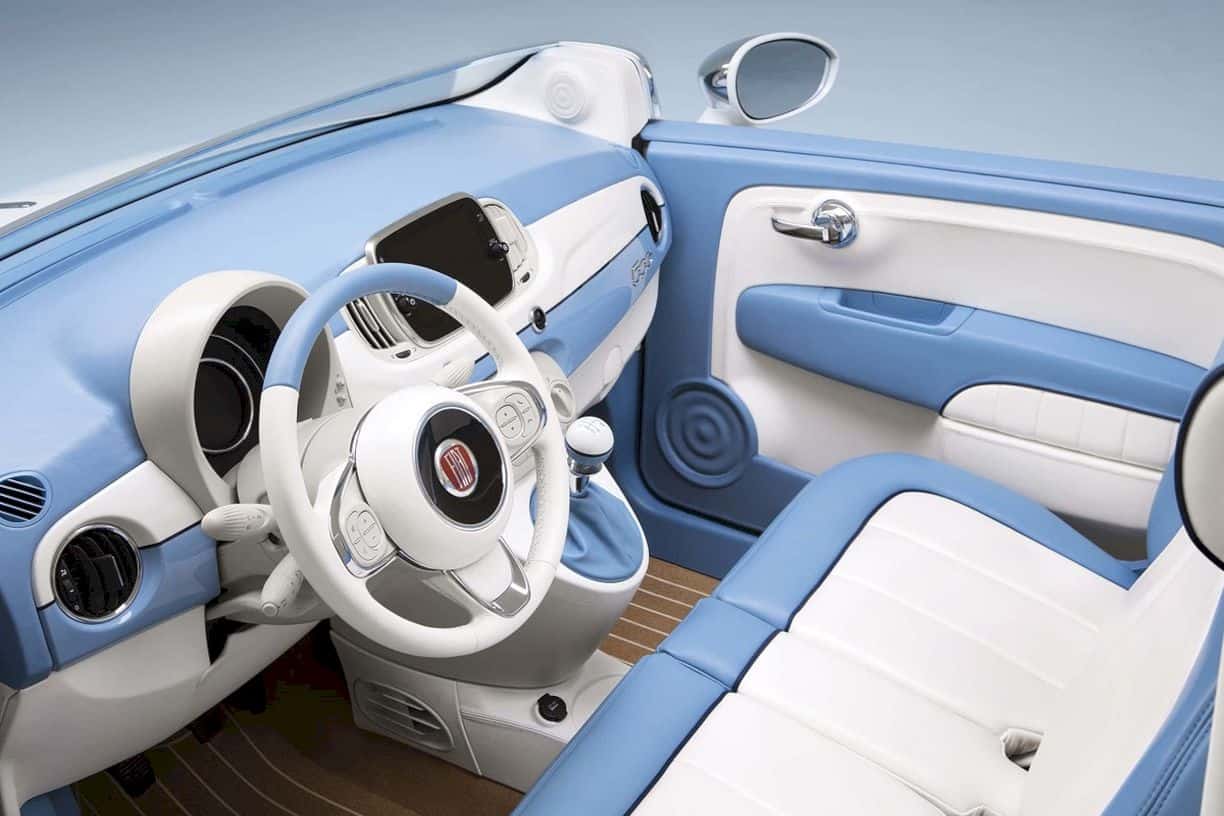 In collaboration with Garage Italia and Pininfarina, this car is designed to be a beach car with two colors available, namely Perla White and Blue Volare. The choices of color look more beautiful with typical white wheels Pirelli 16 and antique wheels. This design also displays a retro impression that is thick but still suitable in the modern era. 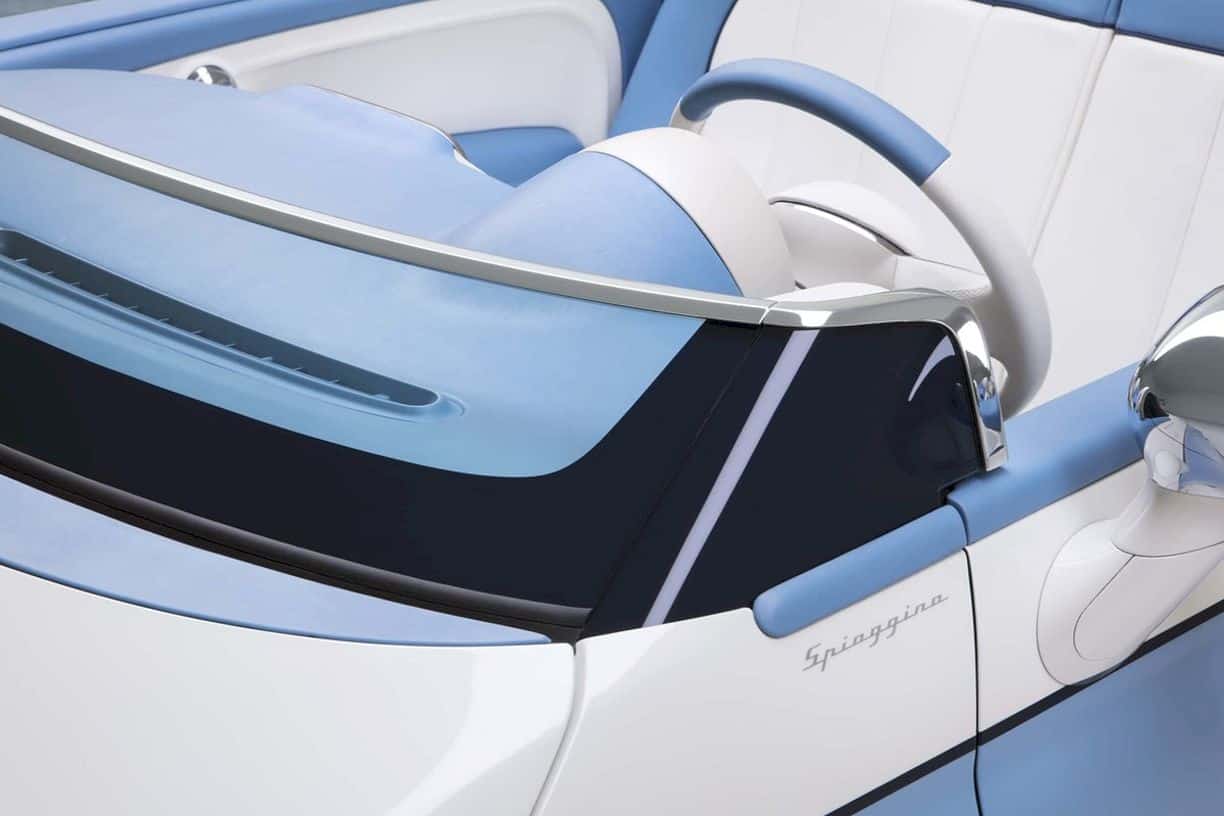 The impression of the old school will also be seen from the exterior, namely white body striping, Fiat vintage logo, 16-inch alloy wheels plus hubcaps and Spiaggina emblem ‘58 with classic fonts.

Meanwhile, for the interior, the two seats are covered with two-tone colors, the steering wheel that is embedded with the Fiat logo and the base carpet to help improve the already balance interior to get more perfect. 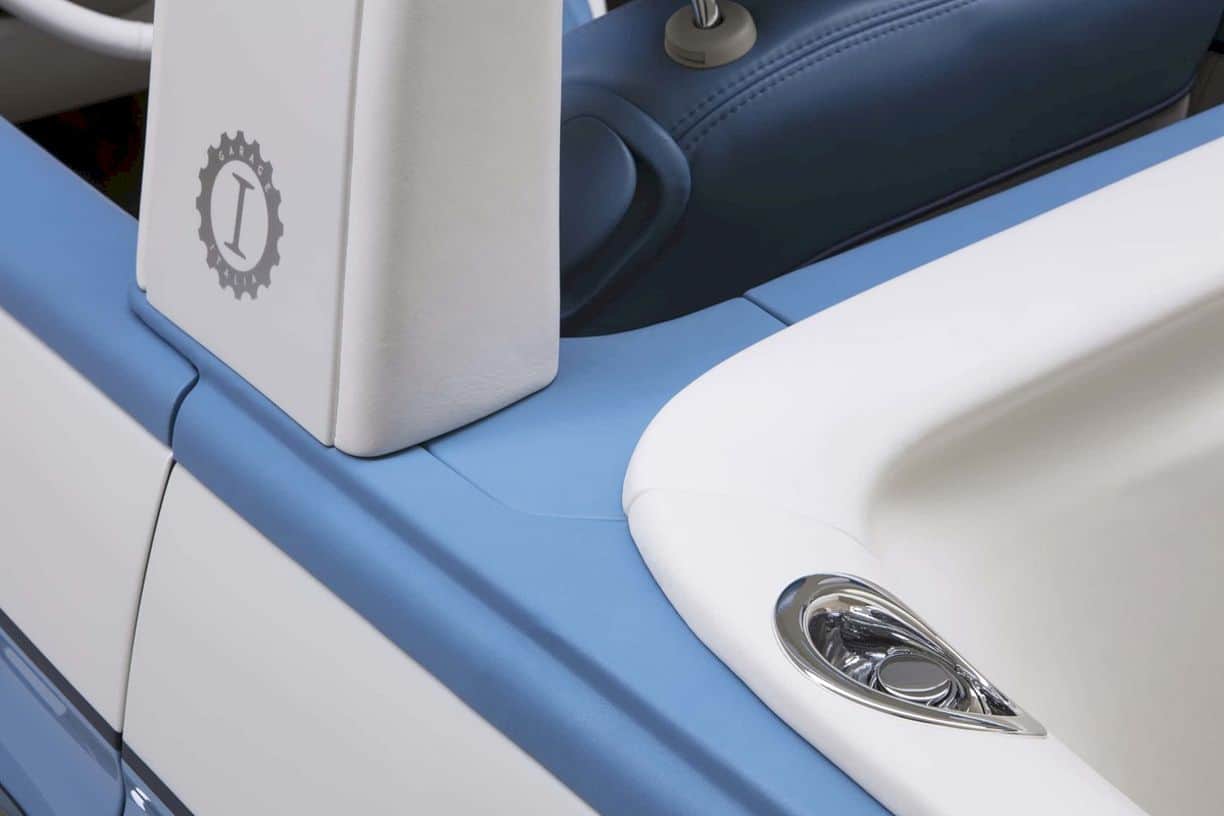 When it comes to entertainment features, Fiat is also getting much with the 7-inch Uconnect monitor and a digital instrument cluster with the twilight and rain sensor features and the advanced automatic climate control features. 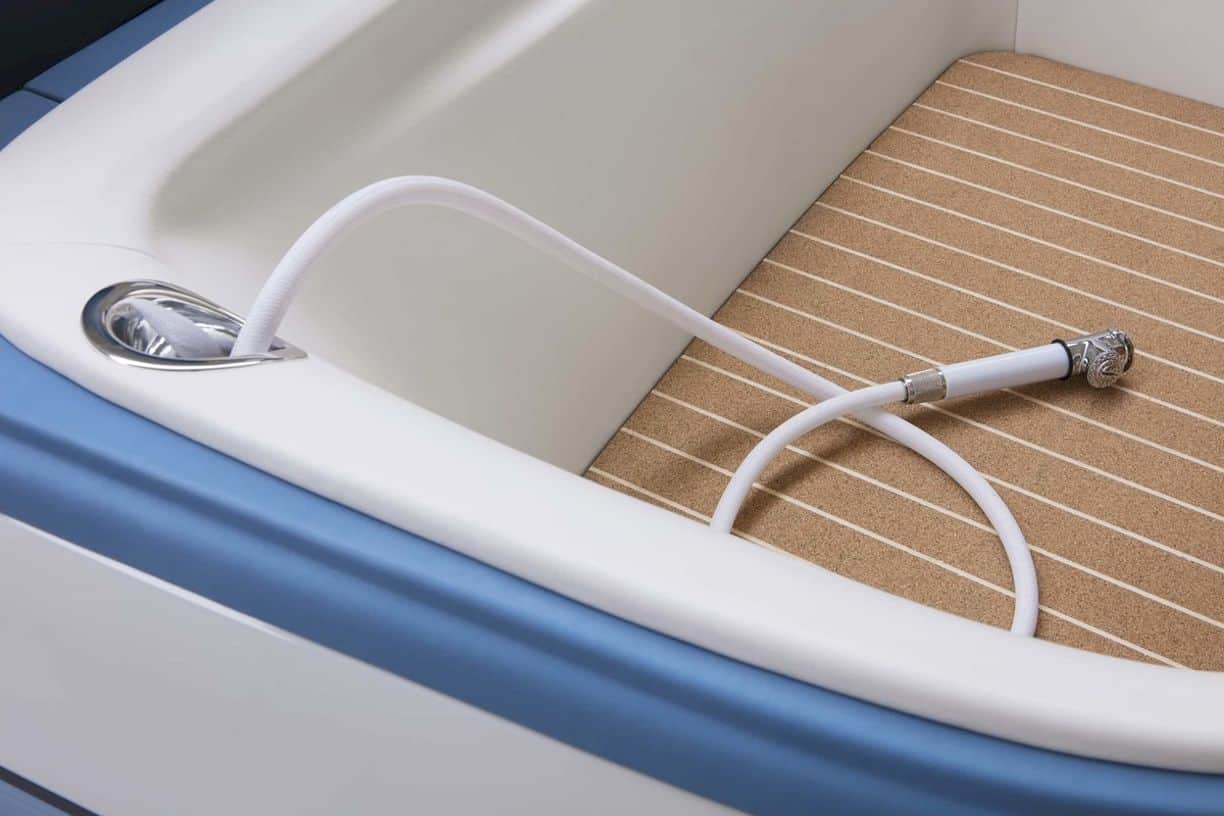 The classic-modern car is available in a choice of 1.2-L petrol engine which sheds 69 hp power according to the latest Euro-6D regulations. The collaboration between Garage Italia and Pininfarina has contributed to the concept of the car. 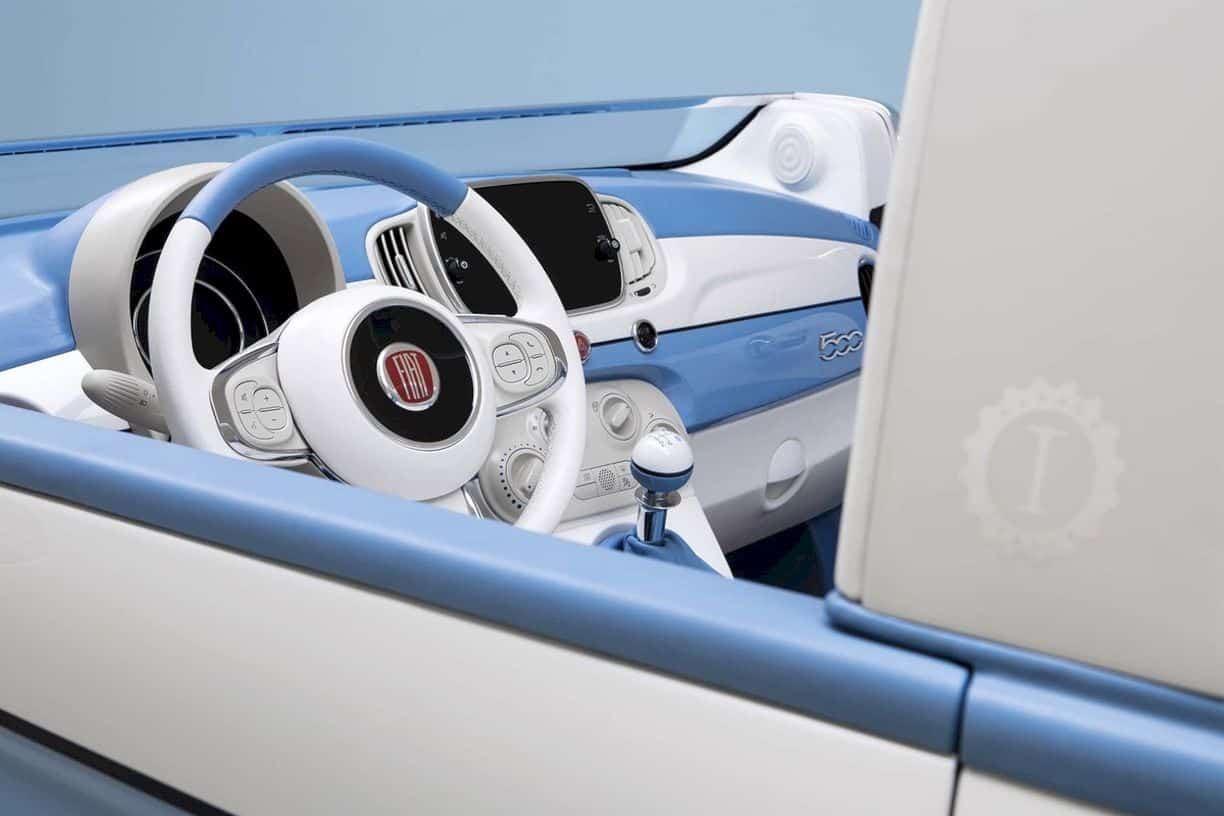 The alteration to the original doesn’t only stop on the roof, the car also changes the rear seat to a storage area and add a built-in shower so you can rinse yourself after a hot day on the beach. The back seat that is replaced is taking the shape as a sun deck that allows its user to fold it. 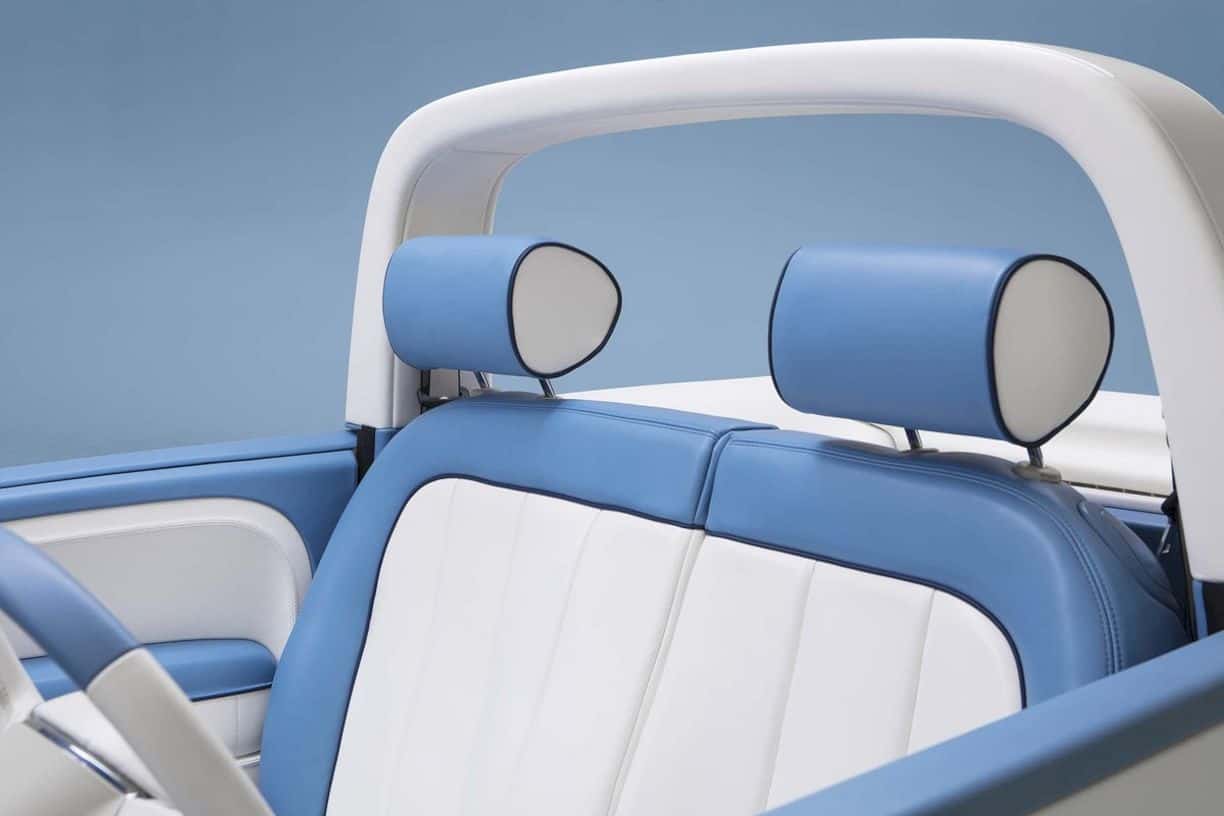 Other changes can be seen from the lower windshield pillar, the front seat which is made to elongate and the body structure is made separately. Although the concept looks almost the same as the original car, Fiat is making sure that they have put on some changes that make it still in demand on this modern era.