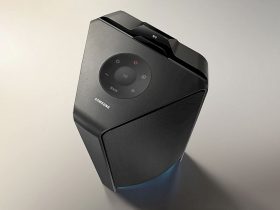 HARMAN Luxury Audio presents the compact JBL 4309. Based on the JBL 4349 model, the new JBL 4309 Studio Monitor speaker is equipped with a 2410H 2-inch compression driver that is combined with a high-definition imaging horn. In addition, the bookshelf speakers have a conical 6.5-inch woofer made of pure cellulose with a cast frame. 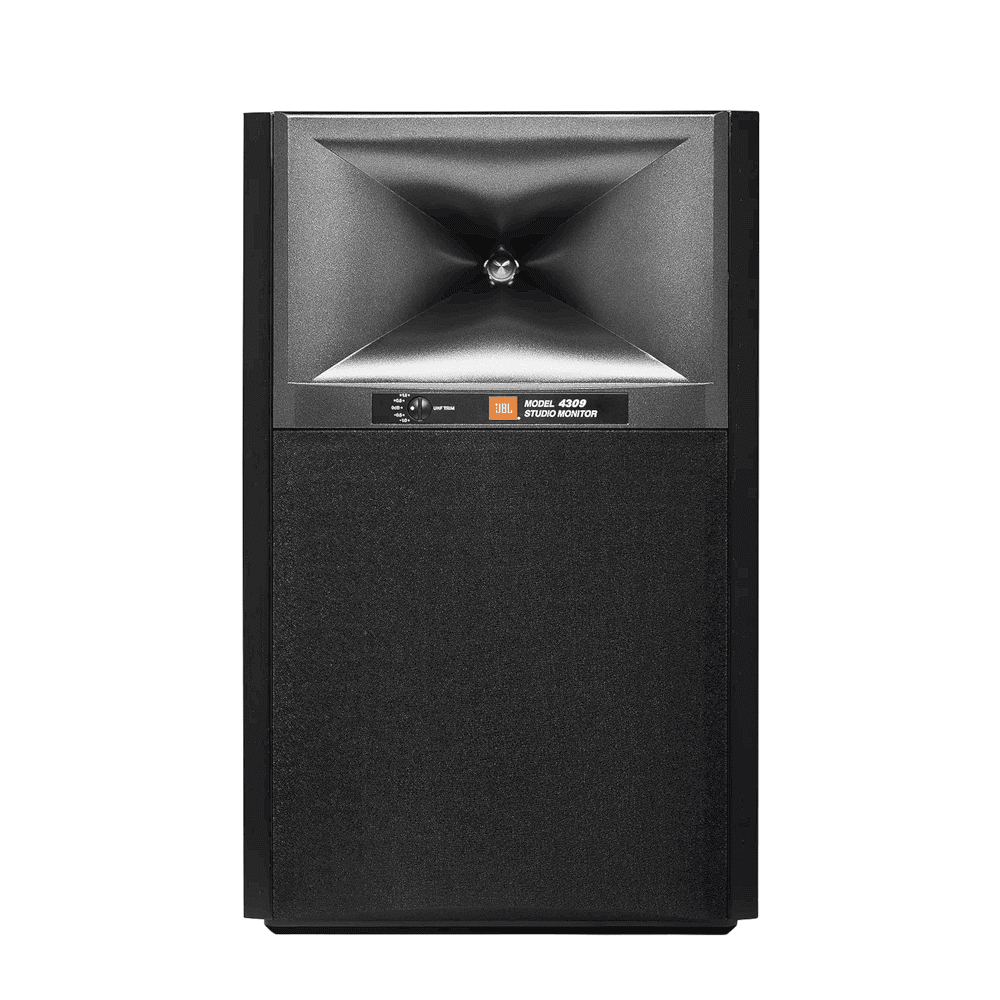 The new JBL 4309 is a smaller bookshelf speaker version of the recently released JBL 4349 12-inch two-way monitor speaker and offers a variety of its patented JBL acoustic technologies. 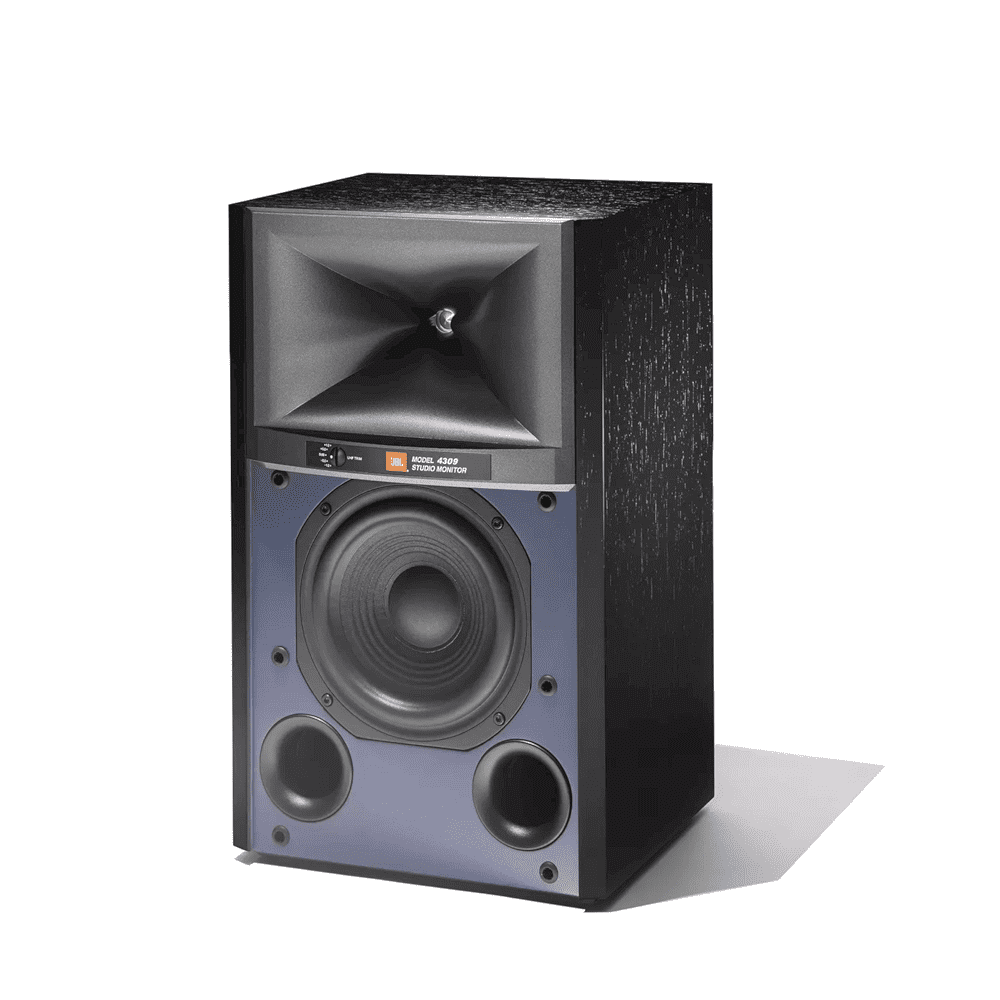 Despite its compact size, the JBL 4309 Studio Monitor should be able to deliver precisely the characteristic power, dynamics, and accuracy for which the JBL brand has been known for 75 years.

The JBL 4309 studio monitor shines with the classic JBL monitor design consisting of the iconic blue baffle and a body made of walnut wood veneer. 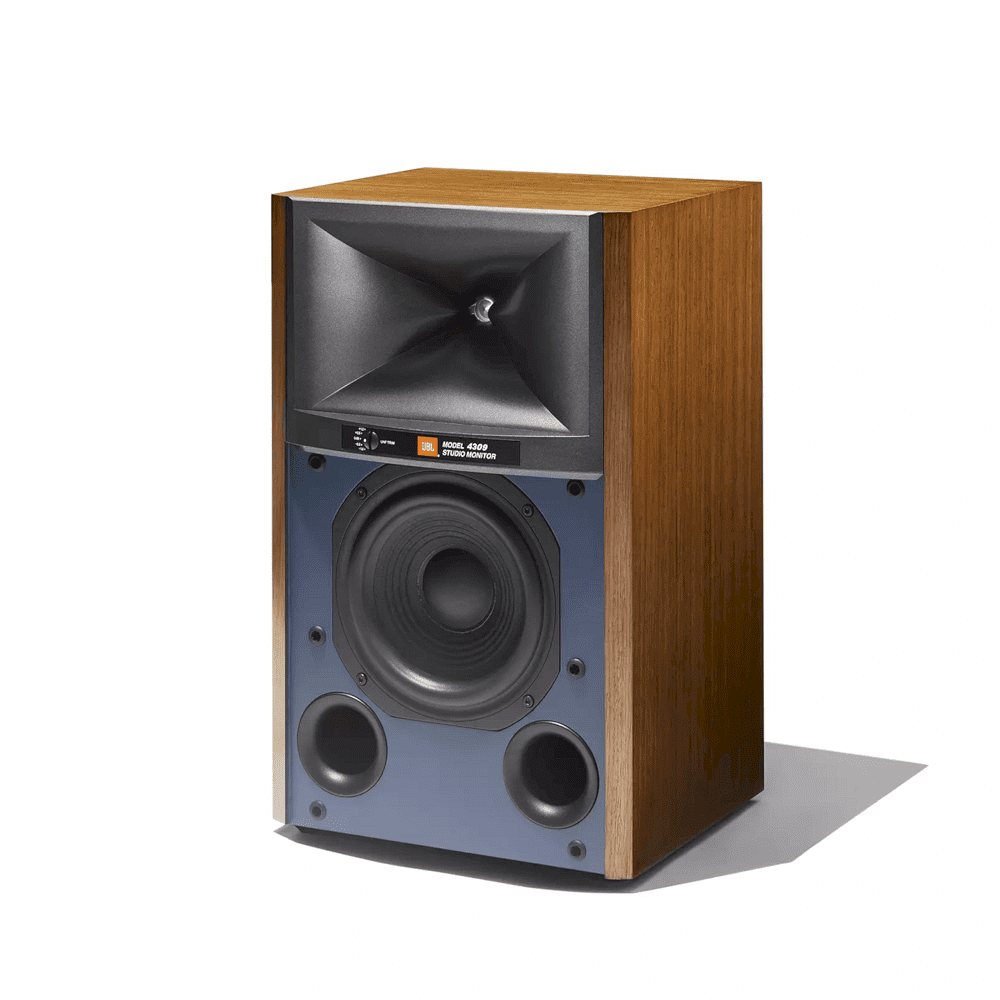 The loudspeaker is optionally available in the colors walnut with a blue fabric grill or in black with a fabric grill of the same color. Two sets of gold-plated connection ports offer a secure connection and the choice between single-ended, bi-wired, or bi-amplified connection options.

The two-way system weighs just under 11 kilograms per loudspeaker and measures 419mm in height, 260mm in width, and 227mm in depth.

A 2410H 2-inch compression driver is located in the housing, which is combined with a high-definition imaging horn. In addition, the bookshelf speakers have a conical 6.5-inch woofer made of pure cellulose with a cast frame. 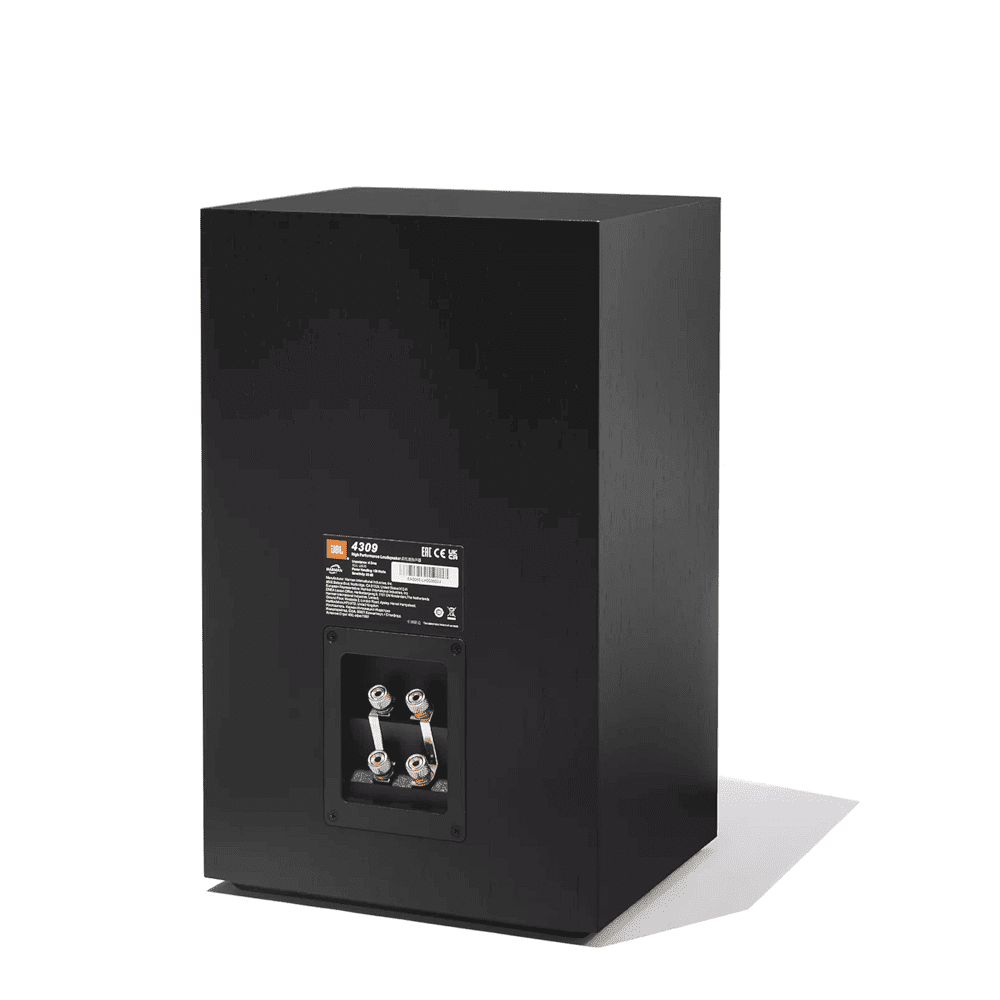 Together, both drivers should be able to map a frequency range of 42 – 30,000 Hertz and are separated at 1,600 Hertz. JBL states that the sensitivity is 87dB (4 ohms) and recommends an amplifier with 25-150 RMS power for operation. 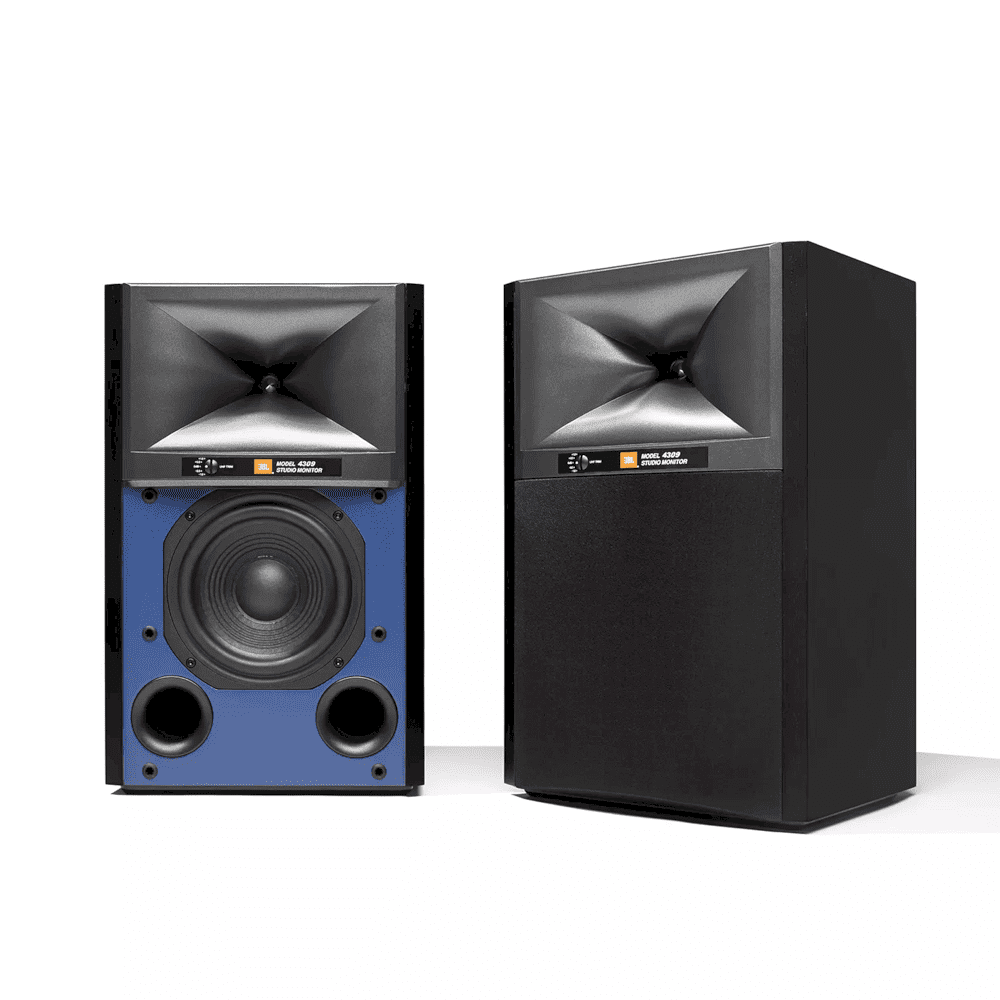 According to JBL, the horn used for high routes has a revolutionary design capable of offering record-breaking performance. The crossover features air-wound inductors, low ESR metal film capacitors as well as spiral resistors.

The pair of JBL 4309s is said to be priced at $ 2,000; exact prices for the European market have not yet been published. 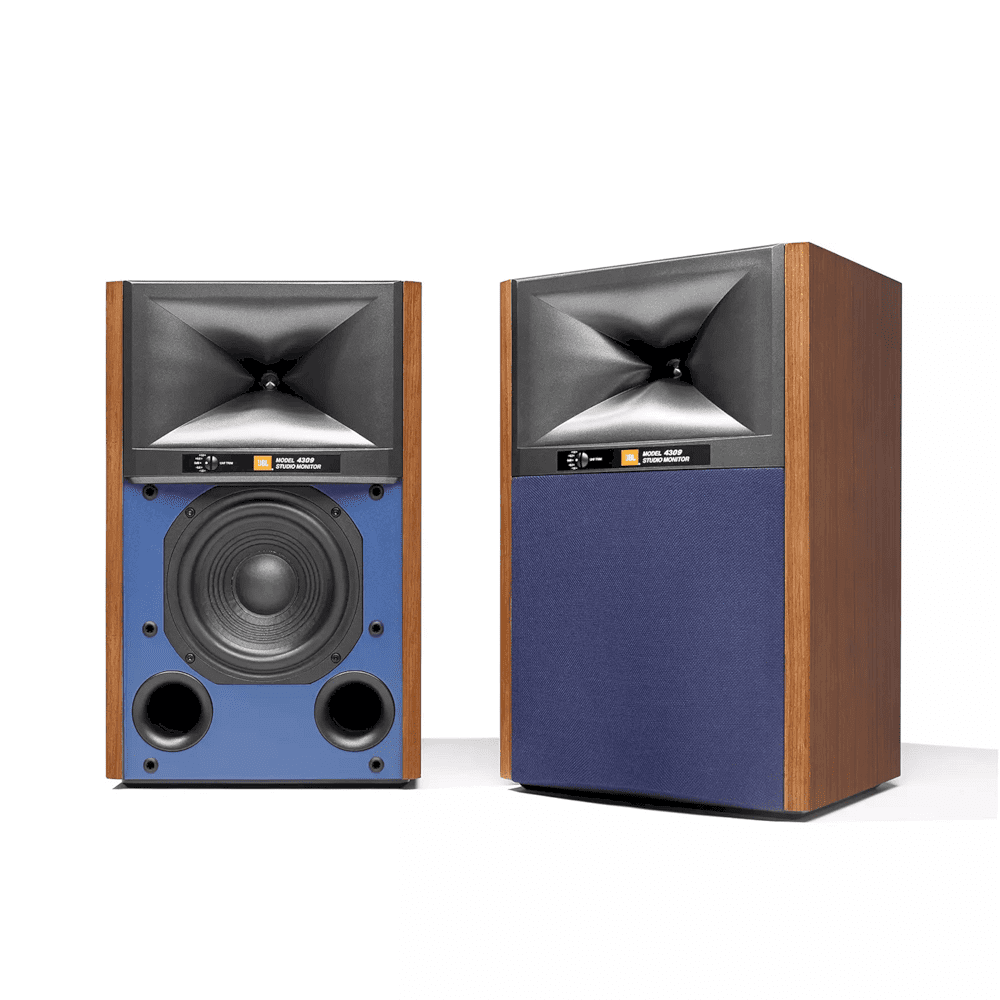