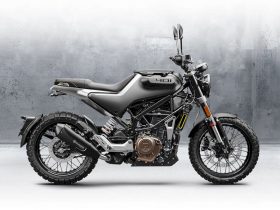 Husqvarna Svartpilen 401: A Master of All It Surveys

After the Dirt Track 650, the French / Chinese brand Mash is now building a second model with the air / oil-cooled single-cylinder engine. This time they took more of a scrambler than an enduro.

Mash is the name of a motorcycle brand based in France that knows how to cast slightly dusty single-cylinder technology and historical styling into new, modernized forms.

The French brand that has its motorcycles built in China create the Mash X-Ride 650 engine based on the single-cylinder four-stroke engine of the Honda NX 650 Dominator, which was built from 1988 to 2000. 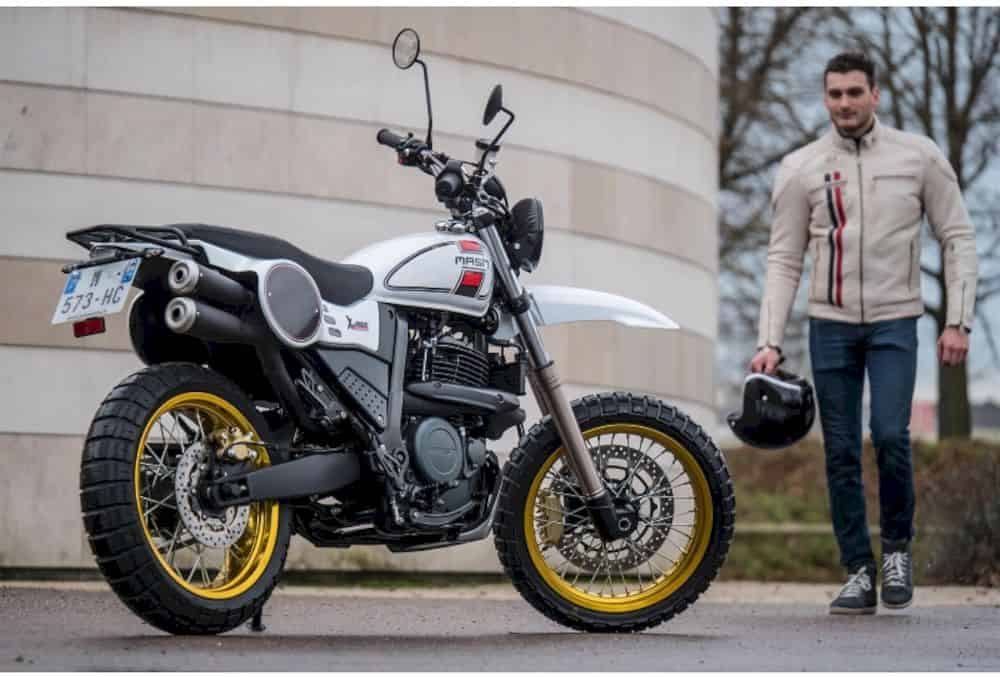 The Mash X-Ride 650 is a single-cylinder naked bike that optically bridges the gap between early Scrambler and Enduro models. Its styling is particularly reminiscent of the legendary original enduro Yamaha XT 500. This is due to the graphics on the white 12-liter tank and the gold-colored anodized spoke rims. 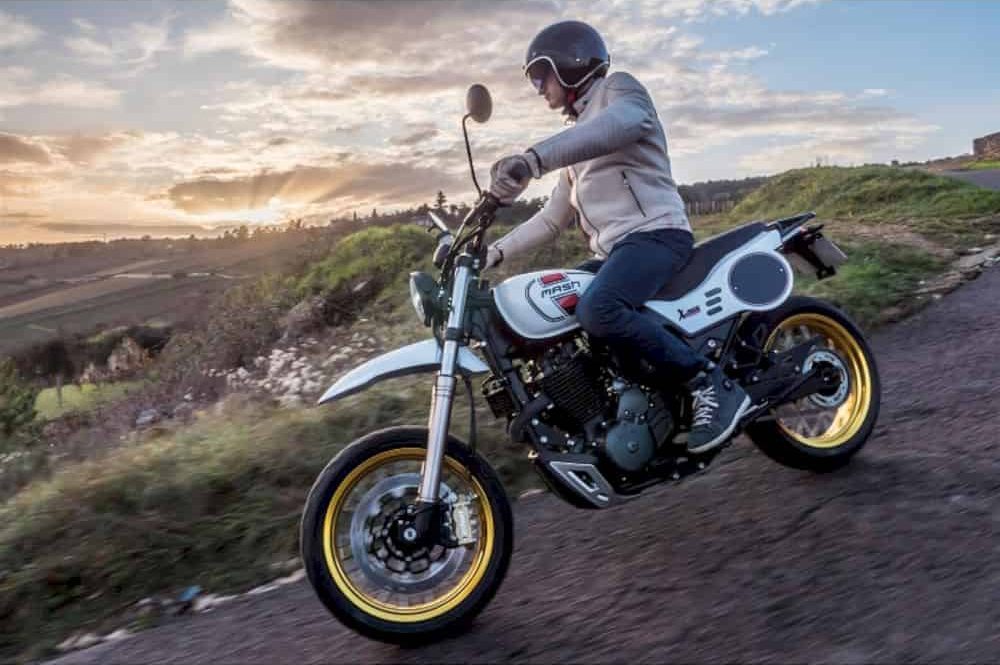 The engine provides 29 kW / 40 hp and 46 Nm of torque. The power goes through a manual five-speed gearbox with a chain to the rear wheel, which is fitted with a 150 tire. Mileage is not mentioned, but given the dry weight of around 160 kilograms, one can expect brisk propulsion. 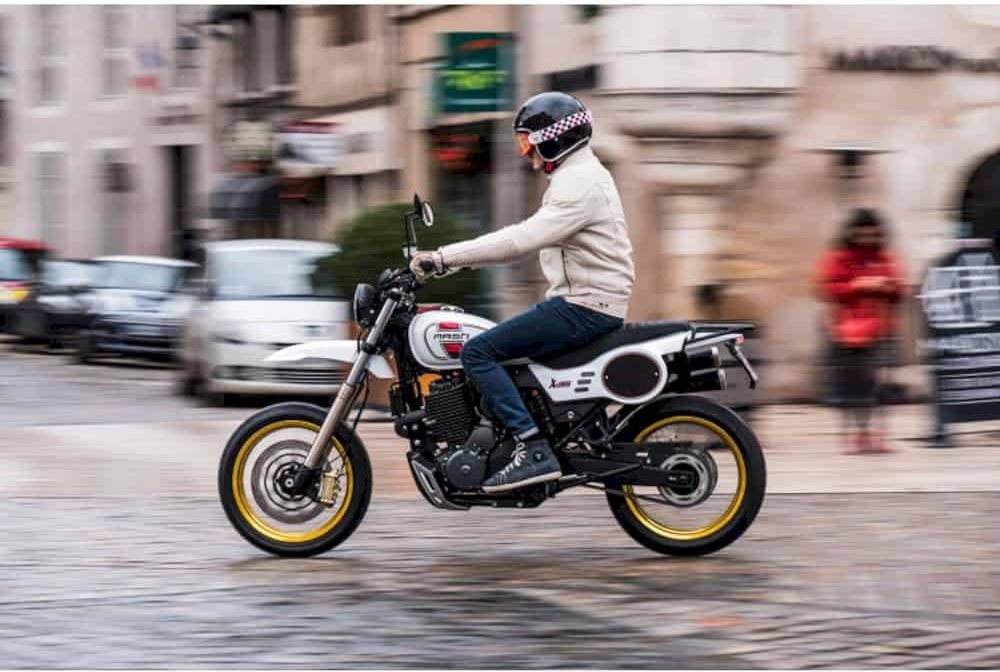 Classic components such as a telescopic fork and two-arm swingarm with a central spring strut predominate in the chassis components are maintained here. The bike also packed a 32 cm disc in the front and a 24 cm disc in the back with an ABS combination. 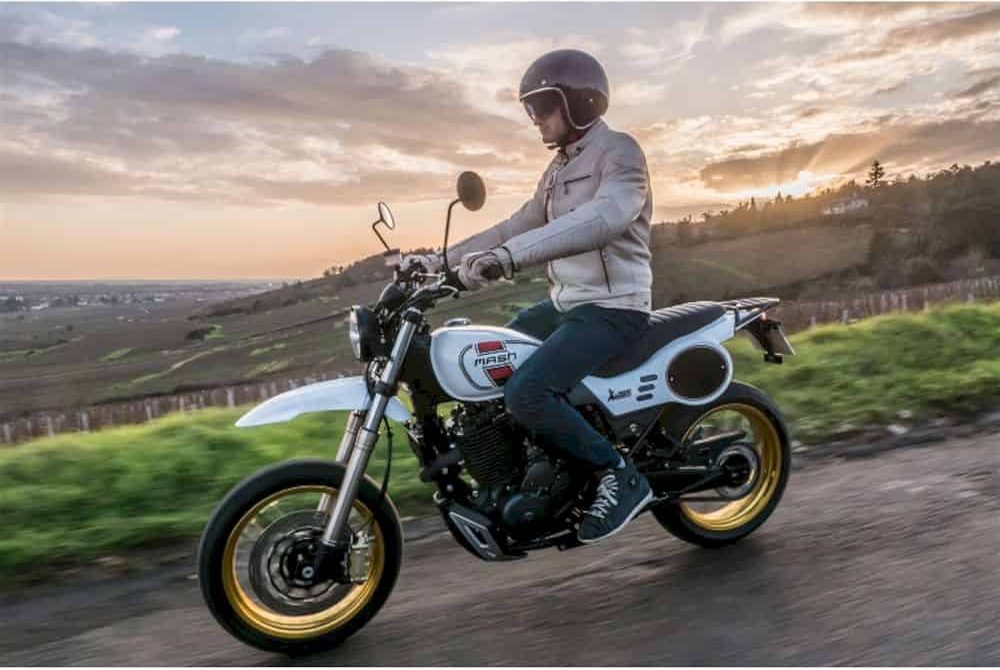 Despite the retro look, the X-Ride also offers modern accents. Small LED indicators and LED daytime running lights in the round headlights are striking. Underbody protection, a raised double tailpipe of the exhaust system, and the central round speedometer with an analog and digital display mix also set fresh accents. 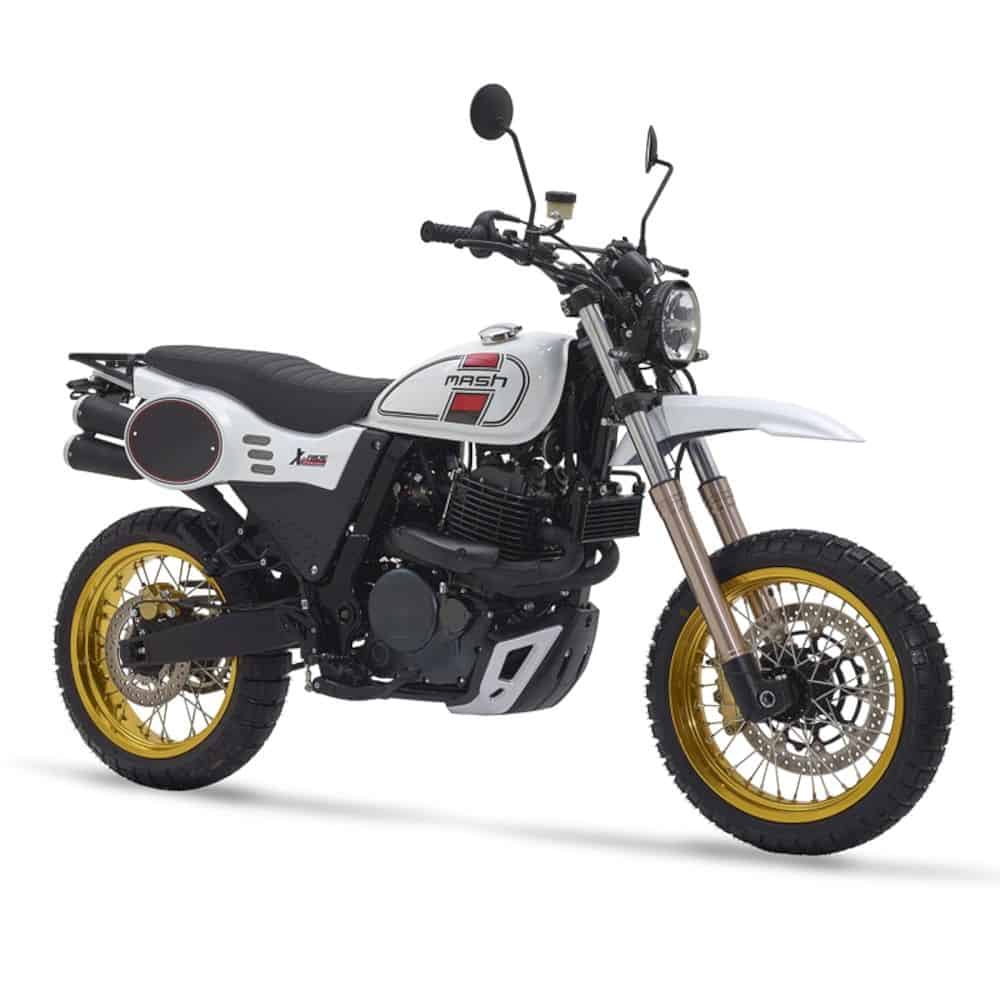 The price has not yet been fixed, but according to some leaked information on the internet, a price of lower than 6,000 euros is planned if the Mash X-Ride 650 is to be launched in June 2020.