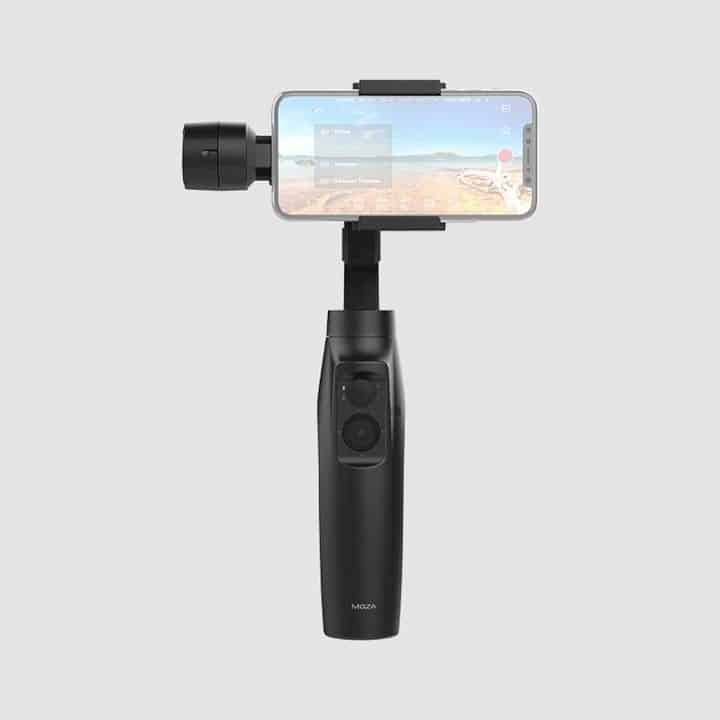 After achieving success with OnePlus 6T, now the Chinese vendor officially presents a special edition product in limited quantities by building a partnership with the leading British automotive company, McLaren. 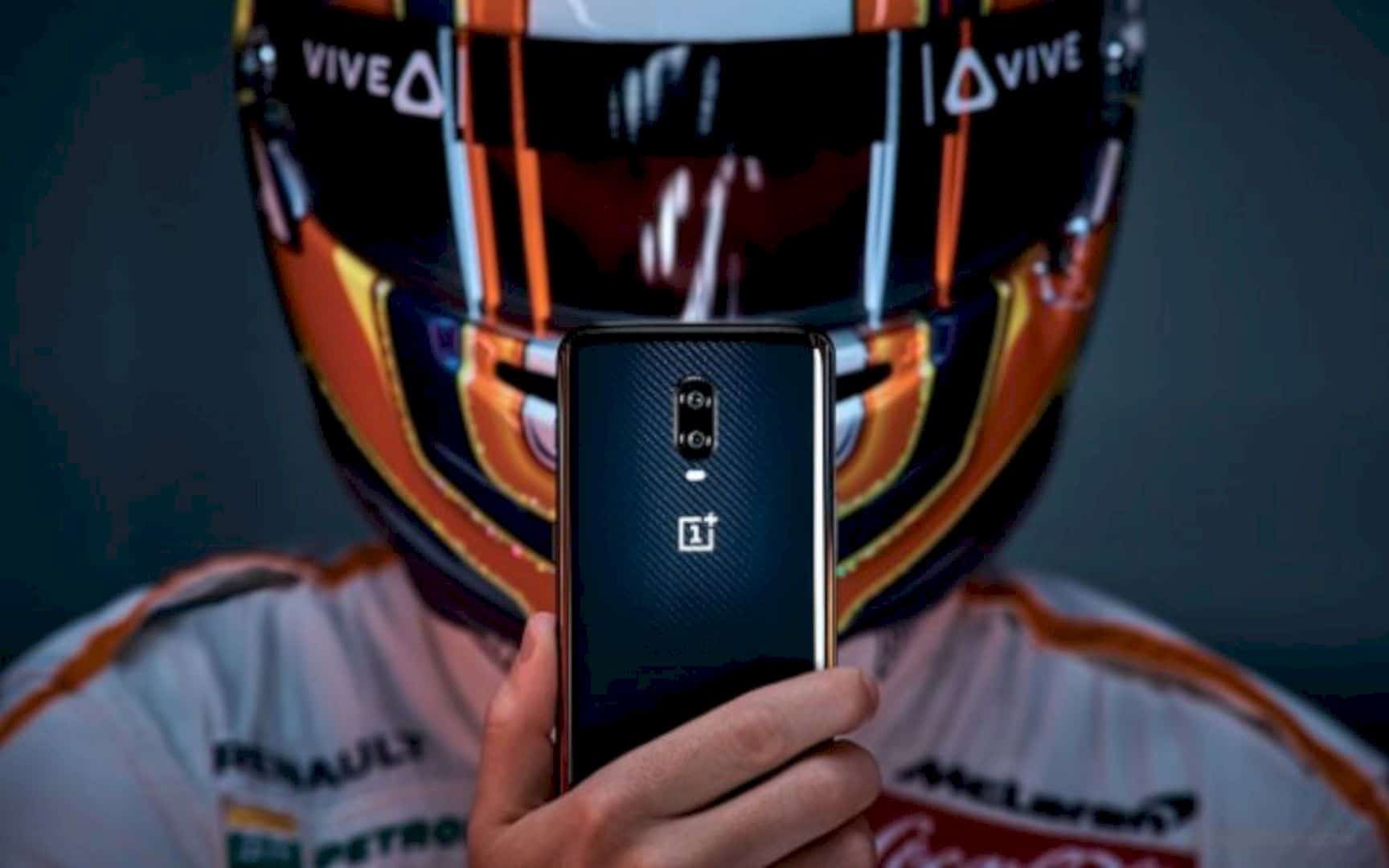 This special edition device comes with the name OnePLus 6T McLaren which comes with a fairly strong capacity as well as large storage in a cool design. The presence of this mobile phone is ready to tempt lovers of F1 racing throughout the world. 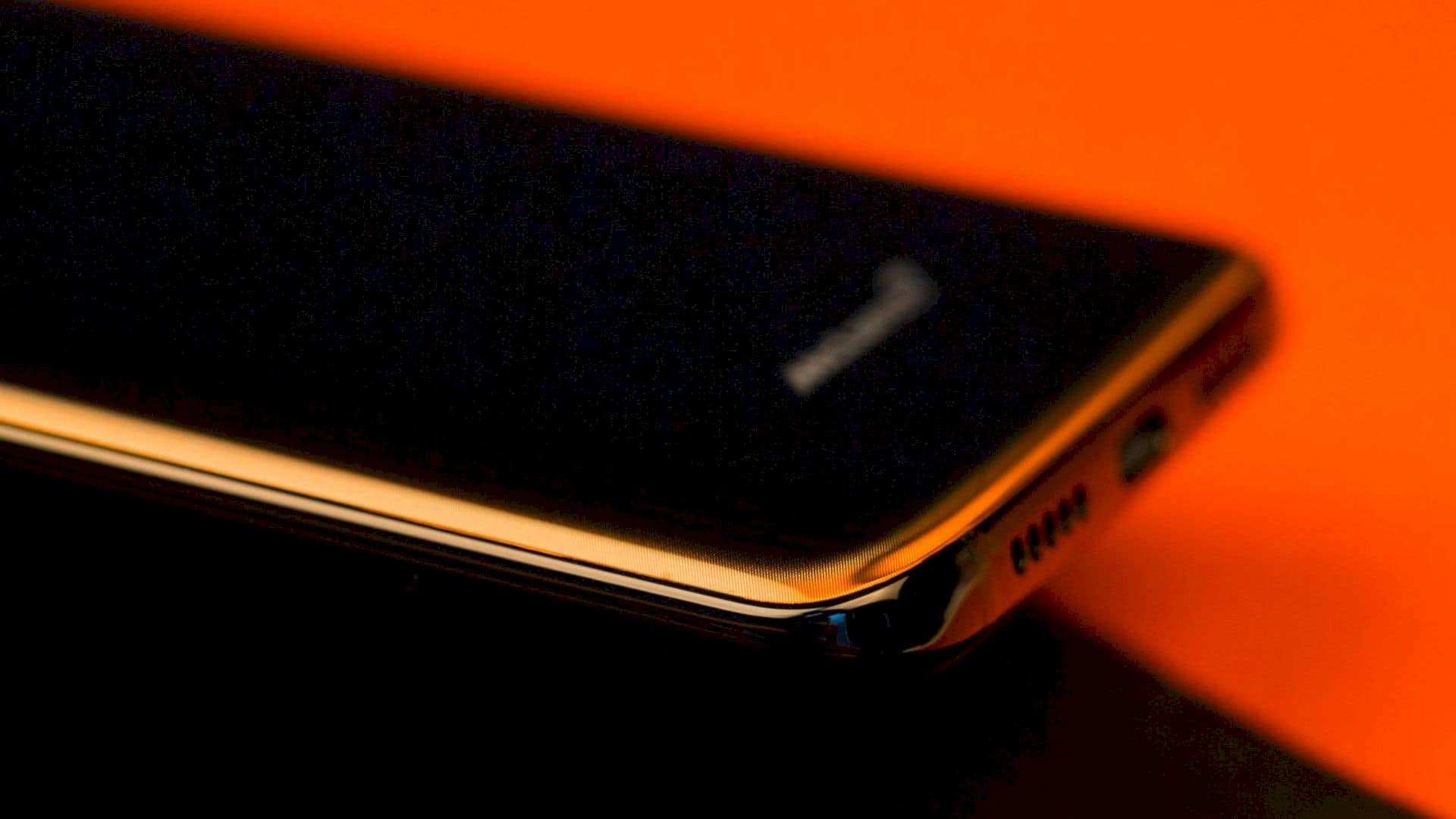 The specifications are not much different from the OnePlus 6T released last October. It’s just that the McLaren Edition OnePlus 6T is more powerful in a way. With a price of US $ 699, users will get 10GB of RAM memory, 256GB of internal storage media capacity, a black-orange color scheme with the McLaren logo on the back. 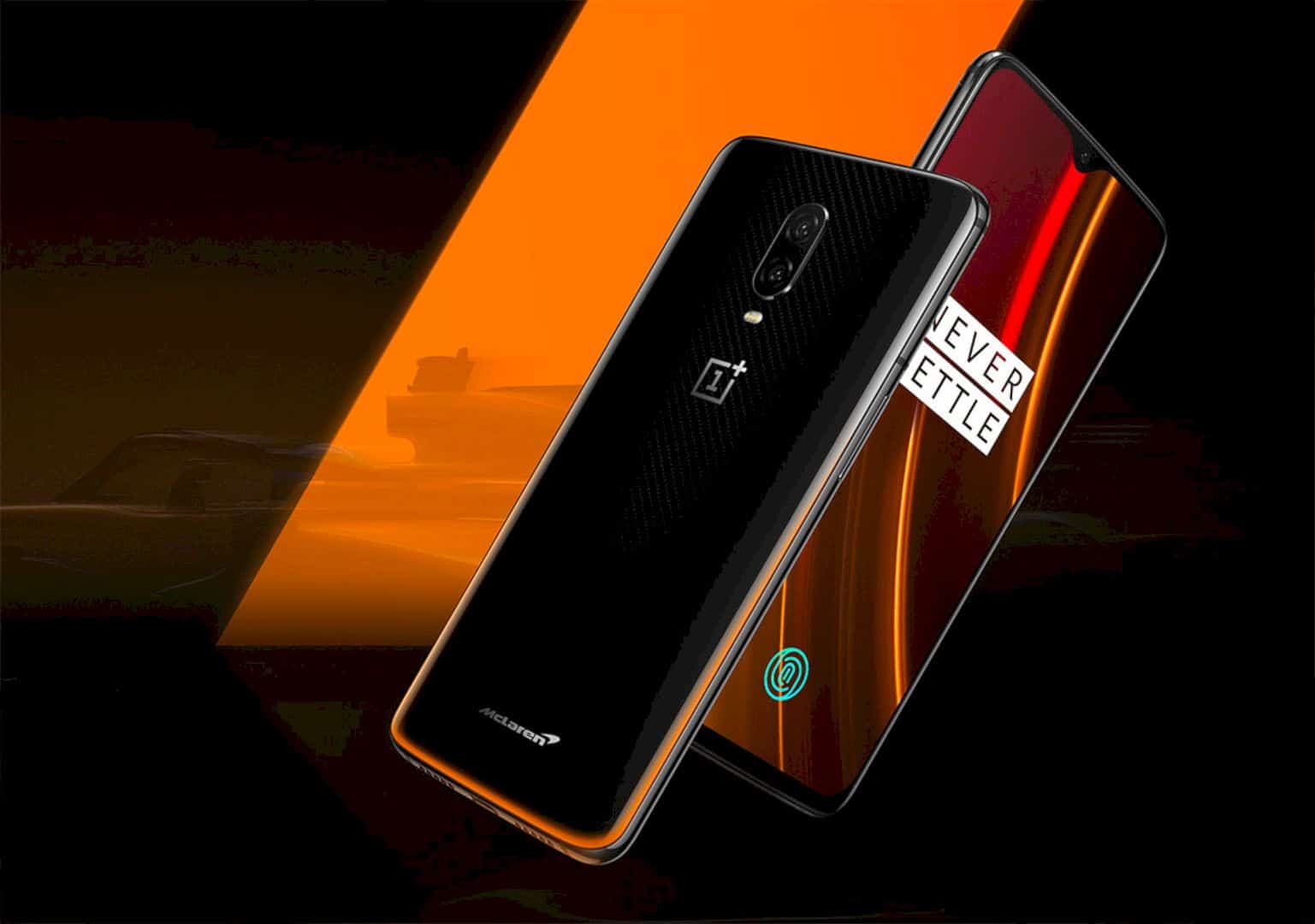 And the latest tech in charging called Warp Charge 30. OnePlus claims that the new charging technology can recharge the smartphone to 50% faster than the Fast Charging system on other OnePlus smartphones. 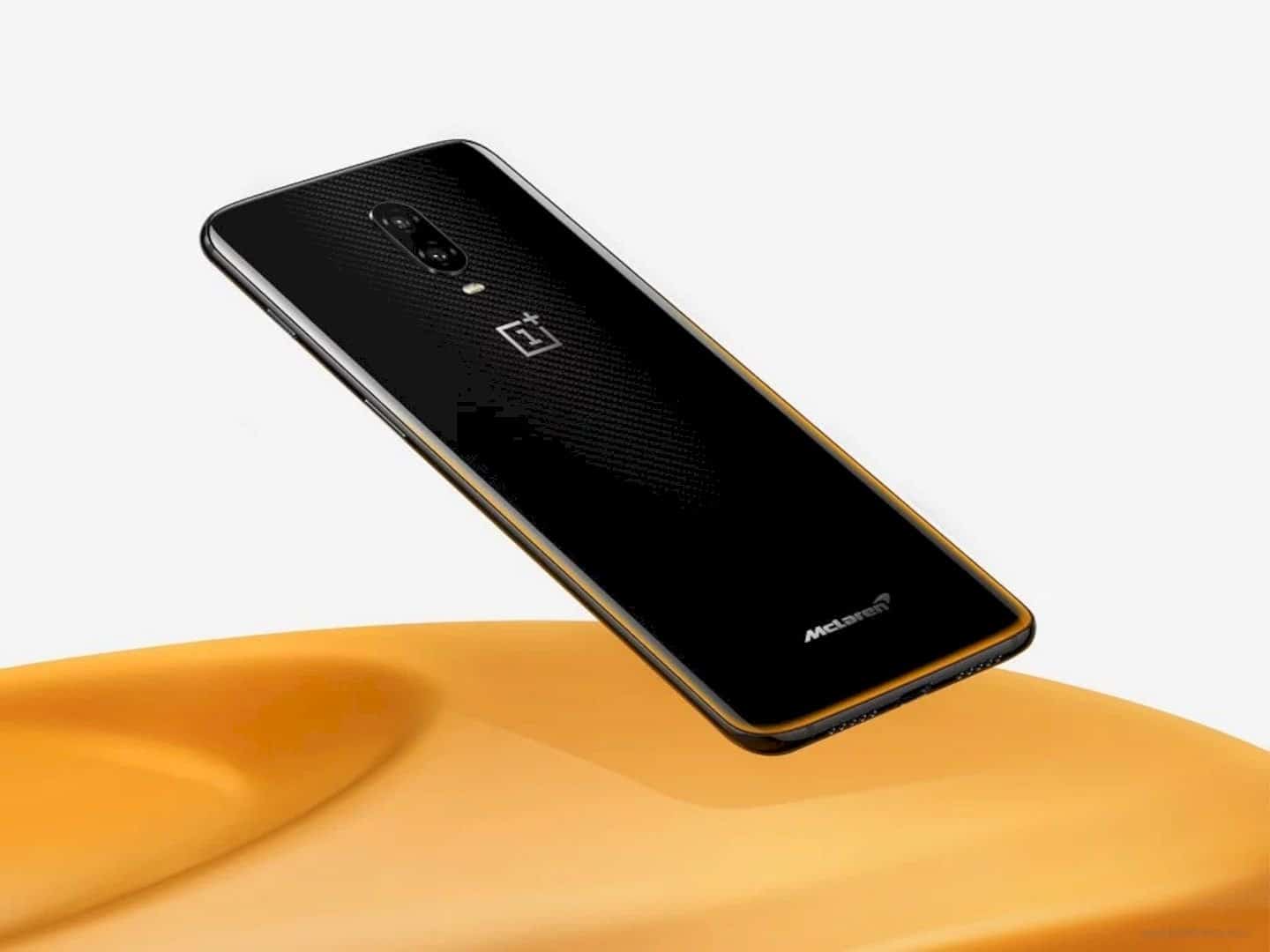 Another perk of this smartphone is clearly the appearance. It’s grande in its style with AA-grade carbon-fiber coating used in the McLaren MCL22 2018 F1 car at the rear. The layer is then wrapped in glass. Visually, the OnePlus 6T McLaren Edition has a simple look but still astonishing. 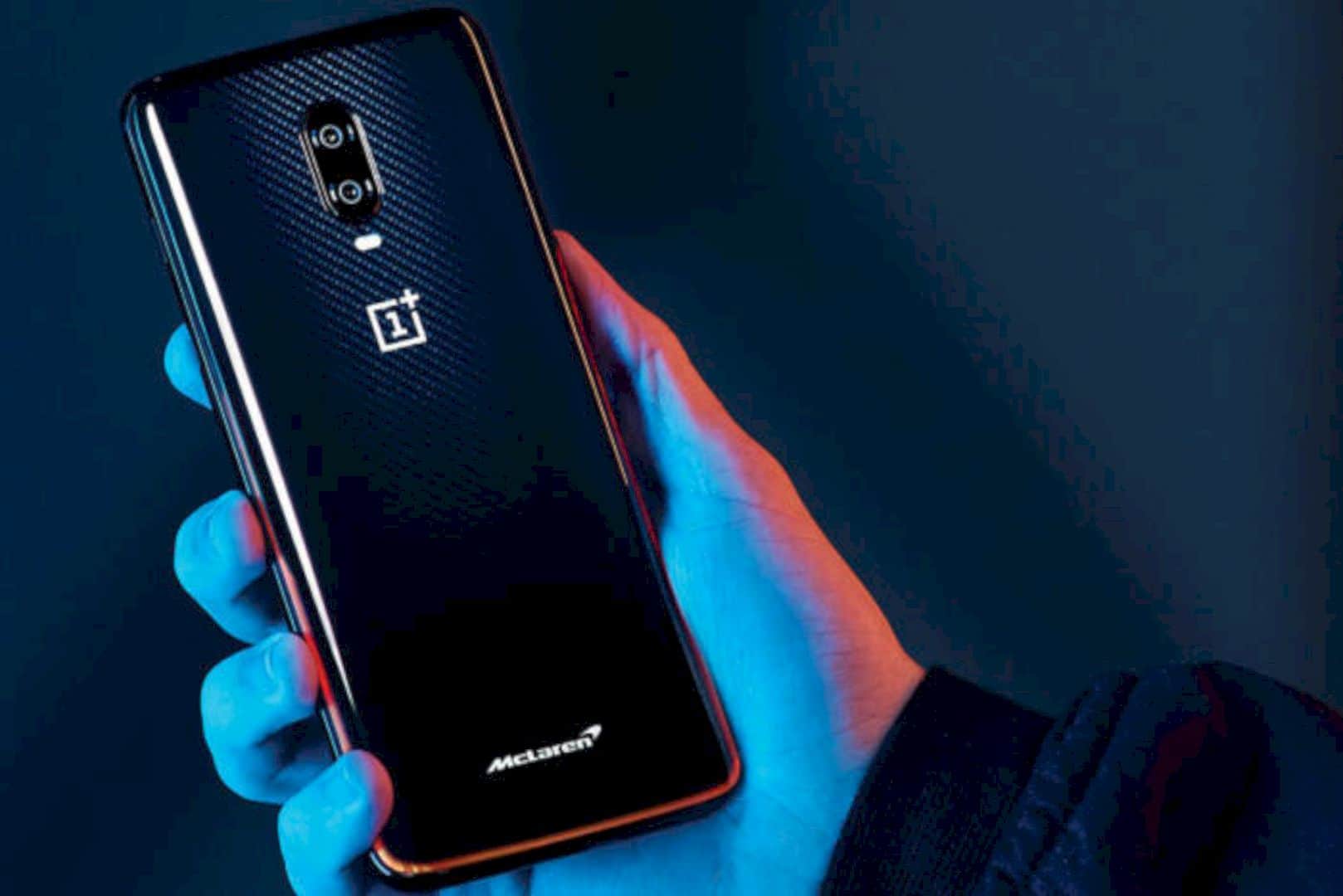 The McLaren Edition OnePlus 6T has a black rear panel with a carbon fiber pattern. The OnePlus logo emblazoned on the back under the camera of this phone. Under it is the McLaren logo. Circular orange line accents on each side of this cellphone.

What’s in the box 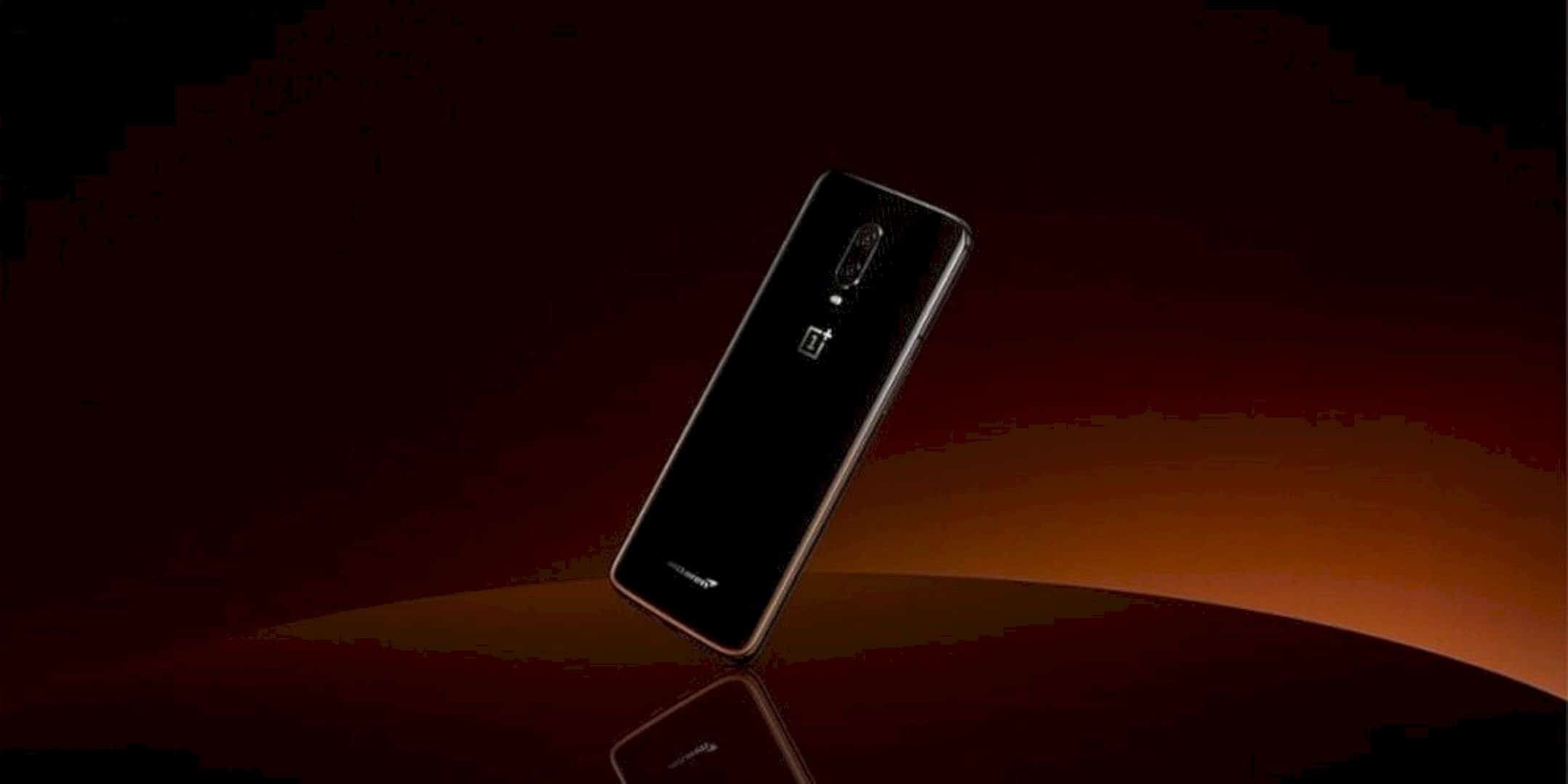 The McLaren Edition OnePlus 6T is equipped with a 6.41-inch AMOLED screen with 1080x2340px resolution. Inside the screen is a fingerprint sensor. The dual main camera with each 16MP resolution extends behind the device. While the 16MP selfie camera is embedded at the front. 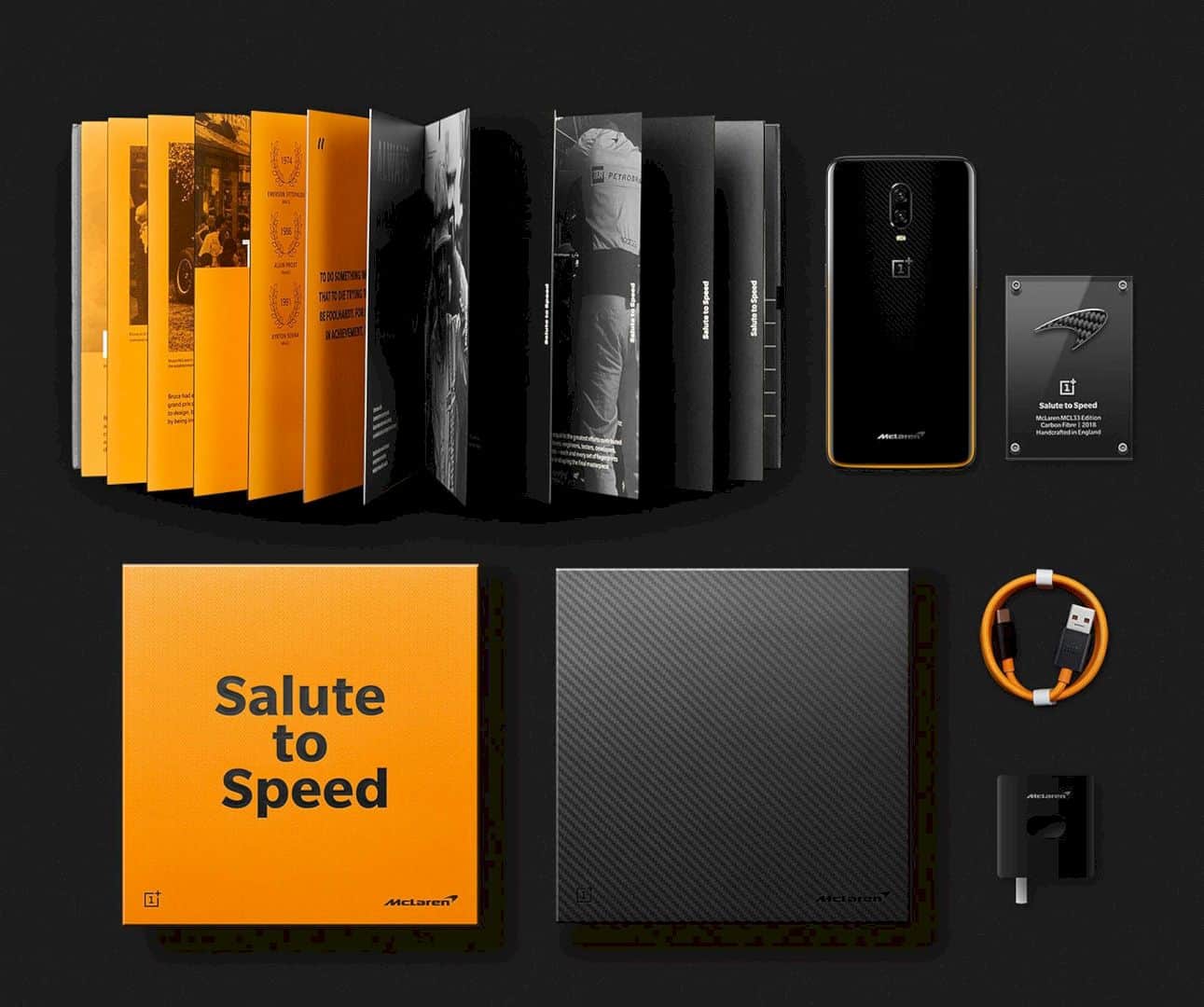 The package inside consisted of a special black and orange USB-C dongle, a headphone dongle, a McLaren branded case, and a hardcover book that explained McLaren’s history in racing. OnePlus will begin to sell the McLaren Edition model in North America and Western Europe on December 13th.