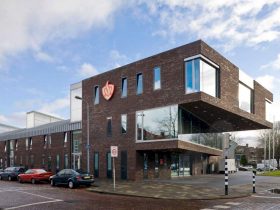 Located on the edge of the Hengelo city center, Police Station Hengelo houses the District Office for Central and North-East Twente, Hengelo Centre South Department, and a cell complex with its 5.500 m² sizes. Completed by Jeanne Dekkers Architectuur in 2004, this police station has a lot of touches of fresh color in its interior. 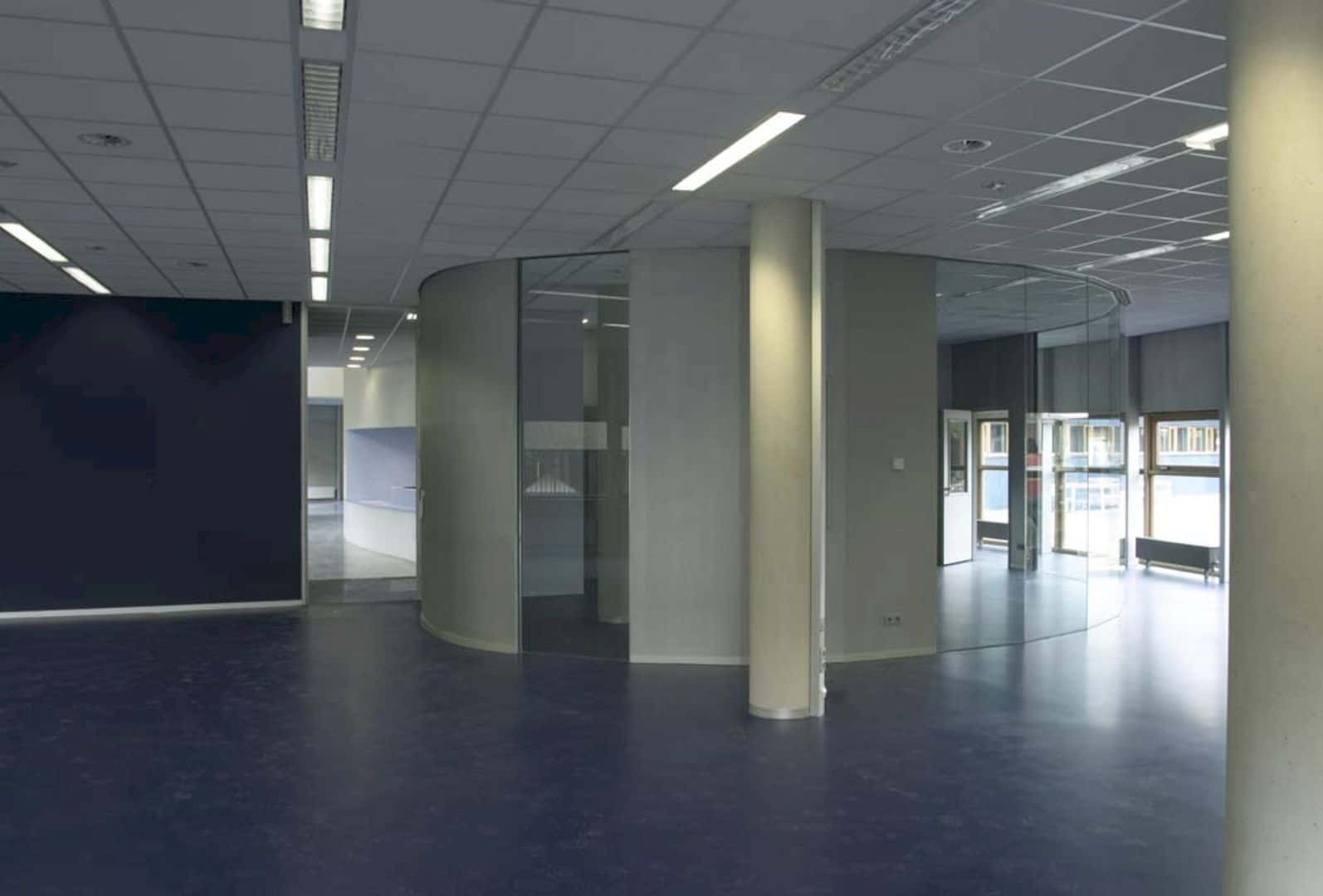 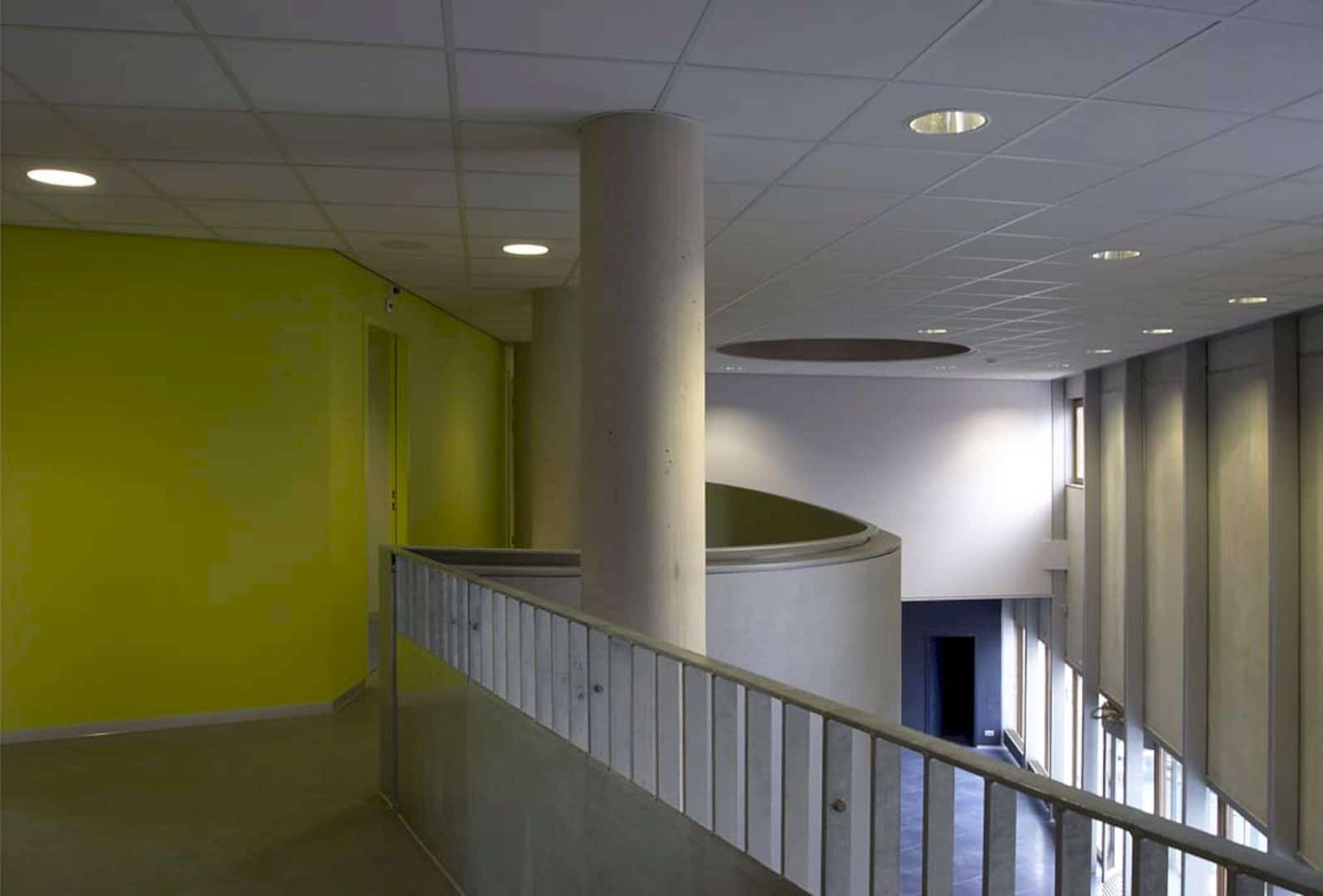 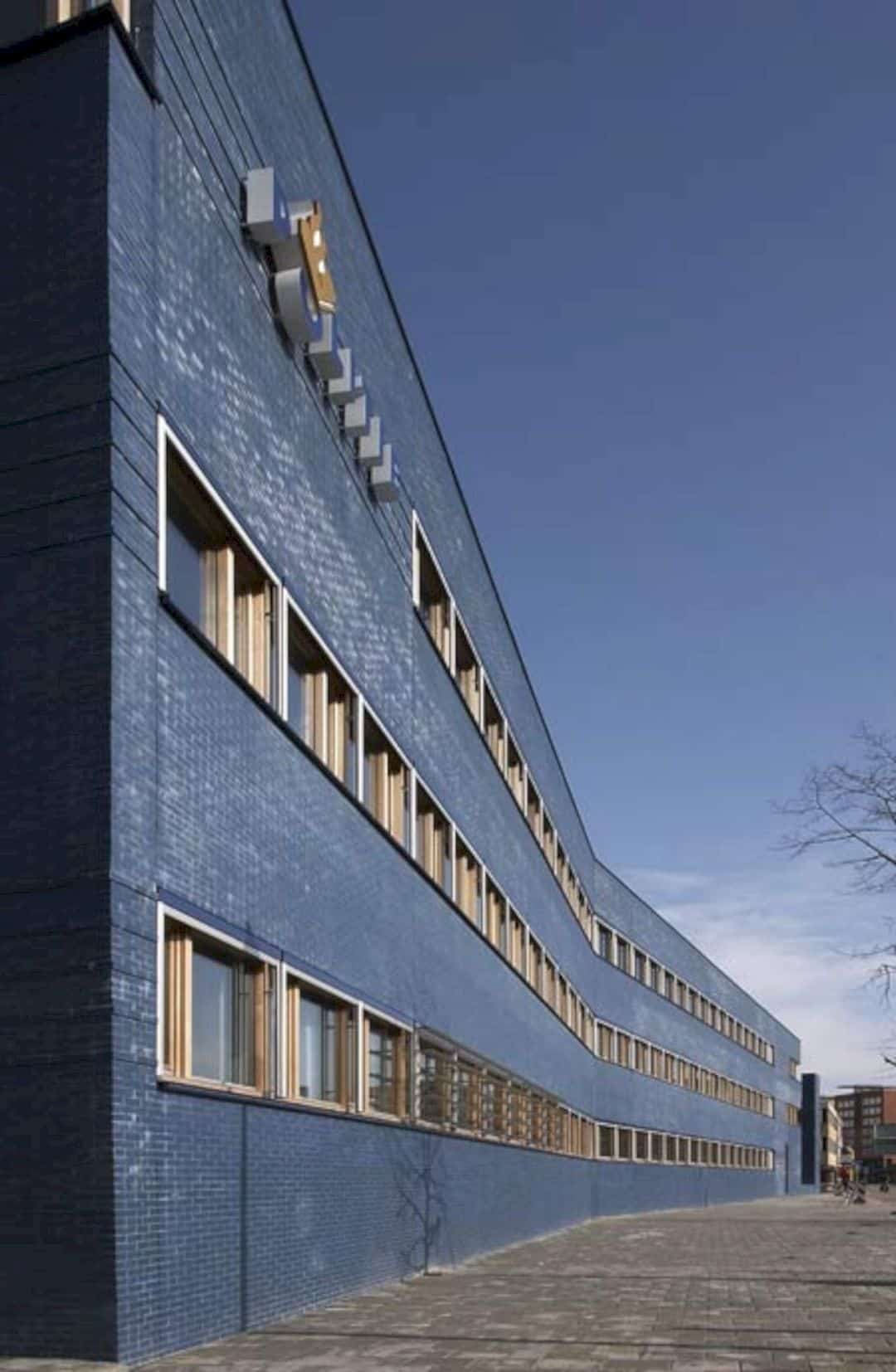 The architect uses separate circuits to ensure building safety where one circuit quietly merging into the next. This building has three sections with an entrance faces the raised forecourt and a pedestrian zone, giving access to these building sections with public spaces. The volume has an informal character because of its oval shape. 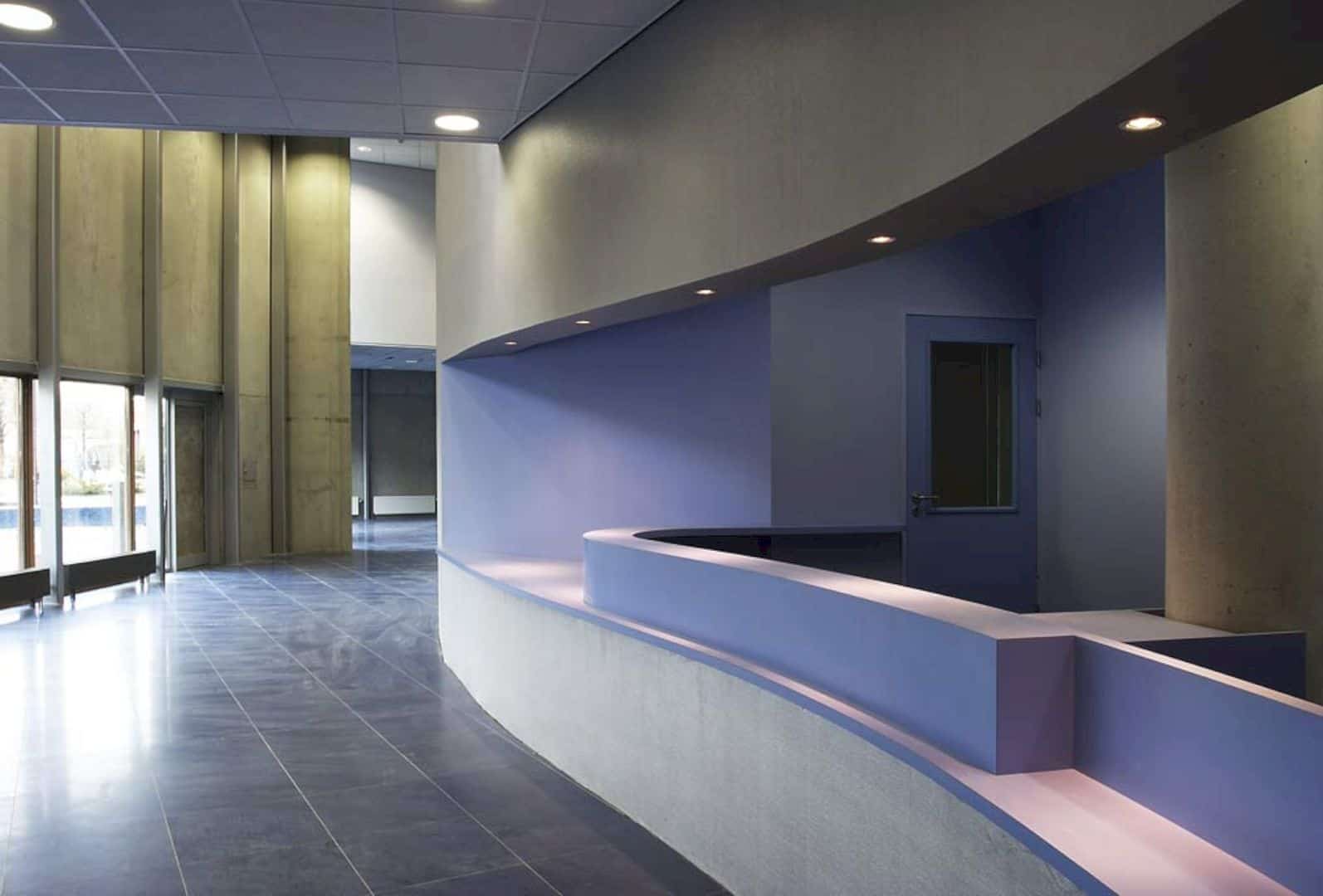 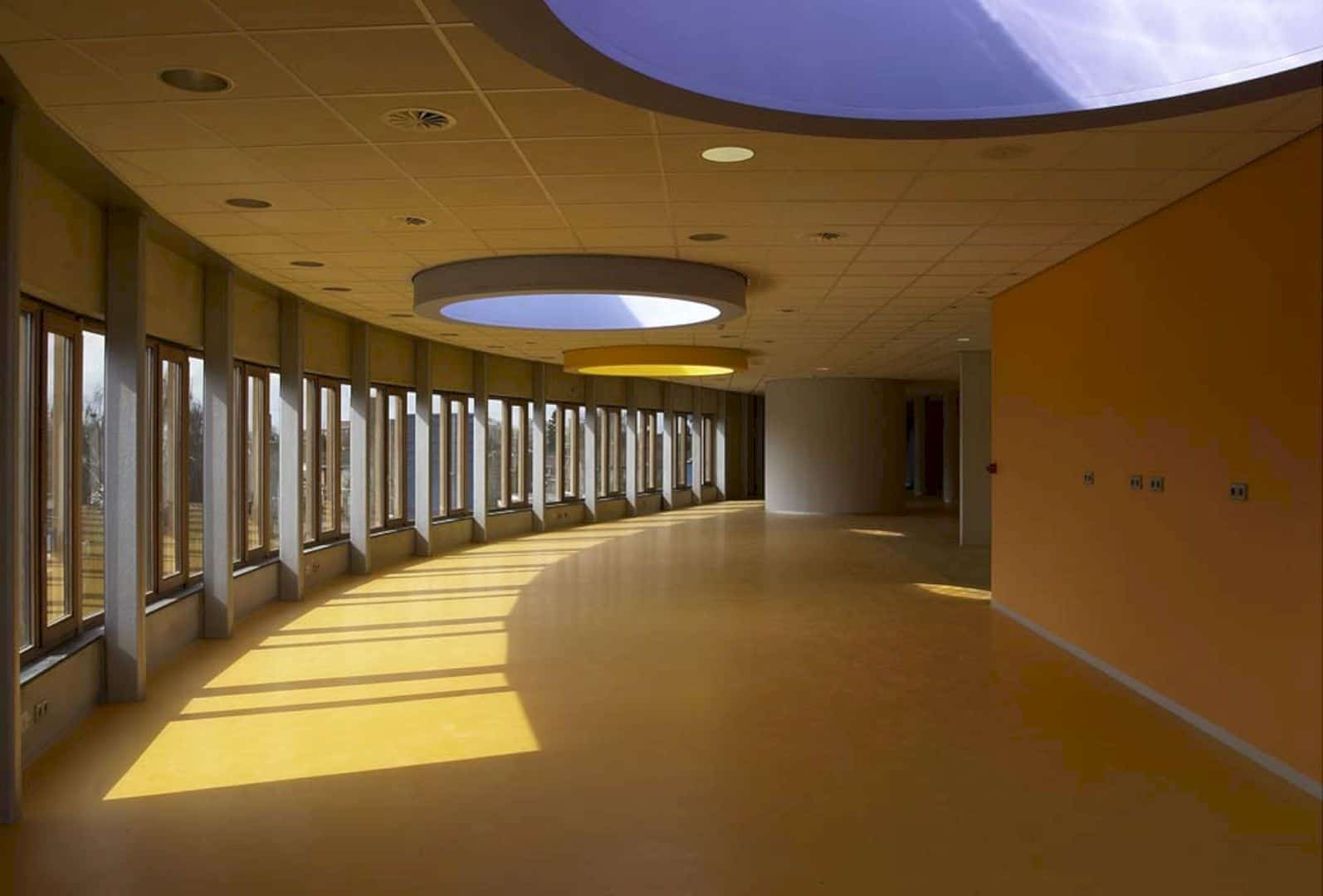 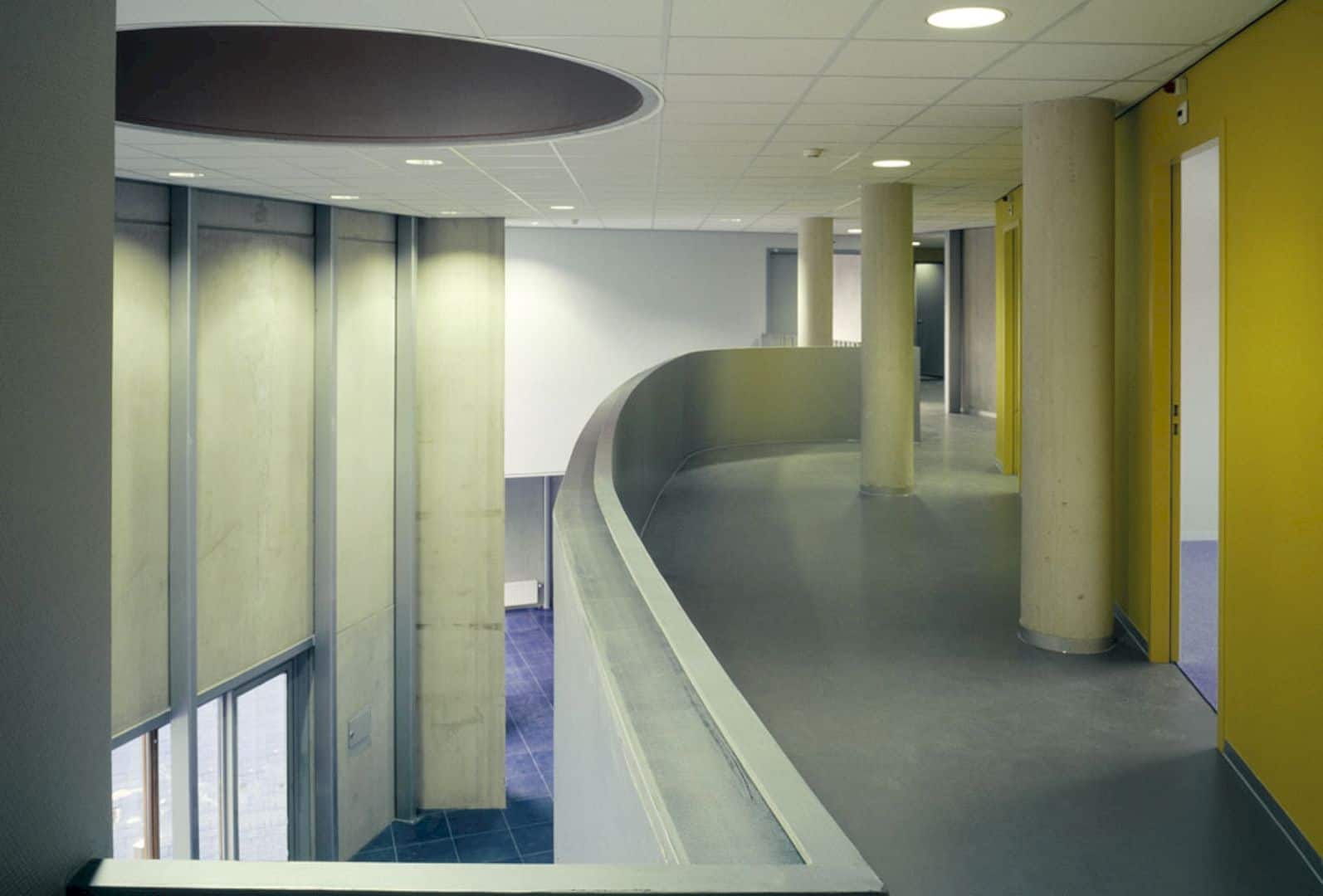 There is an emergency staircase that sculpted onto the building end facade while the forecourt and this facade are clad in cobalt blue brick. The office volume on the street side is more formal and the slight kink can break the facade, indicating the cell block position beyond. 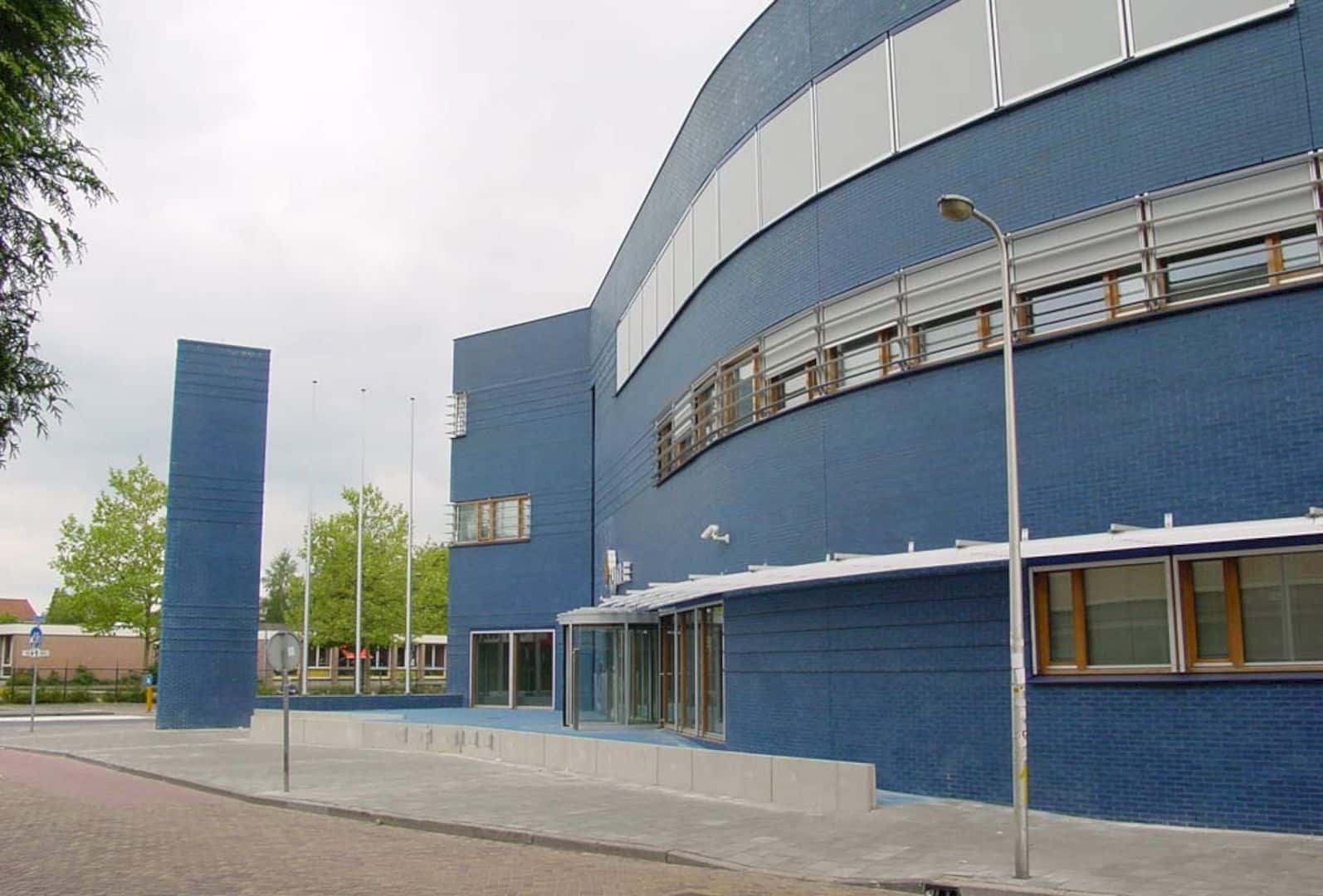 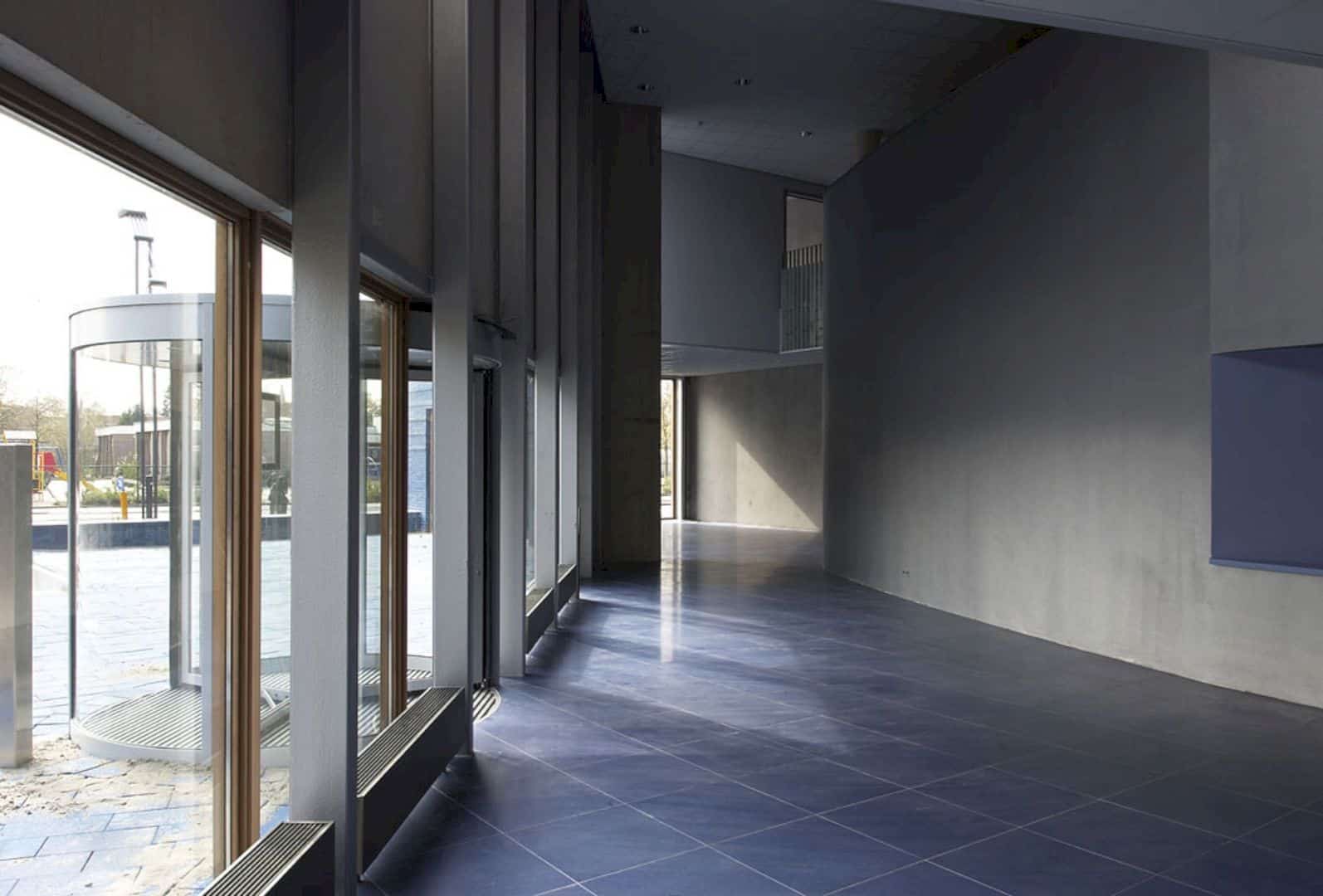 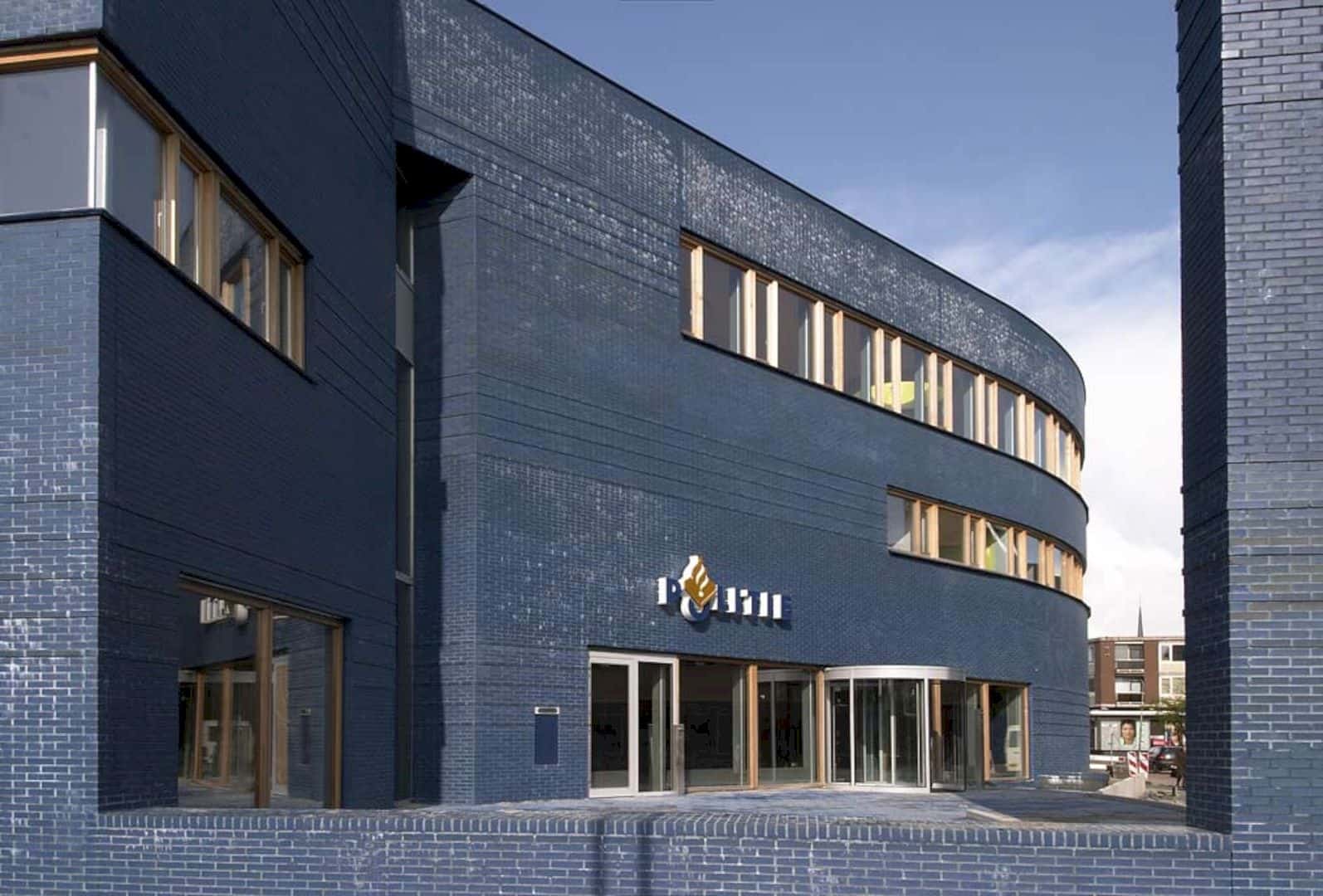 The cell block is situated on an ancient alley. The building office strip can be connected to the cell complex thanks to the glass corridor. Touches of fresh color are also used to design and beautify the building interior. This interior is stimulating, soothing, and also able to add space in the future.