An elegant British sportscar manufacturer, Bentley choose to cancel the launch of their new vehicle at the Geneva International Motor Show 2020. The carmaker then chooses to finally introduce the Bentley Bacalar at its headquarters in Crewe. 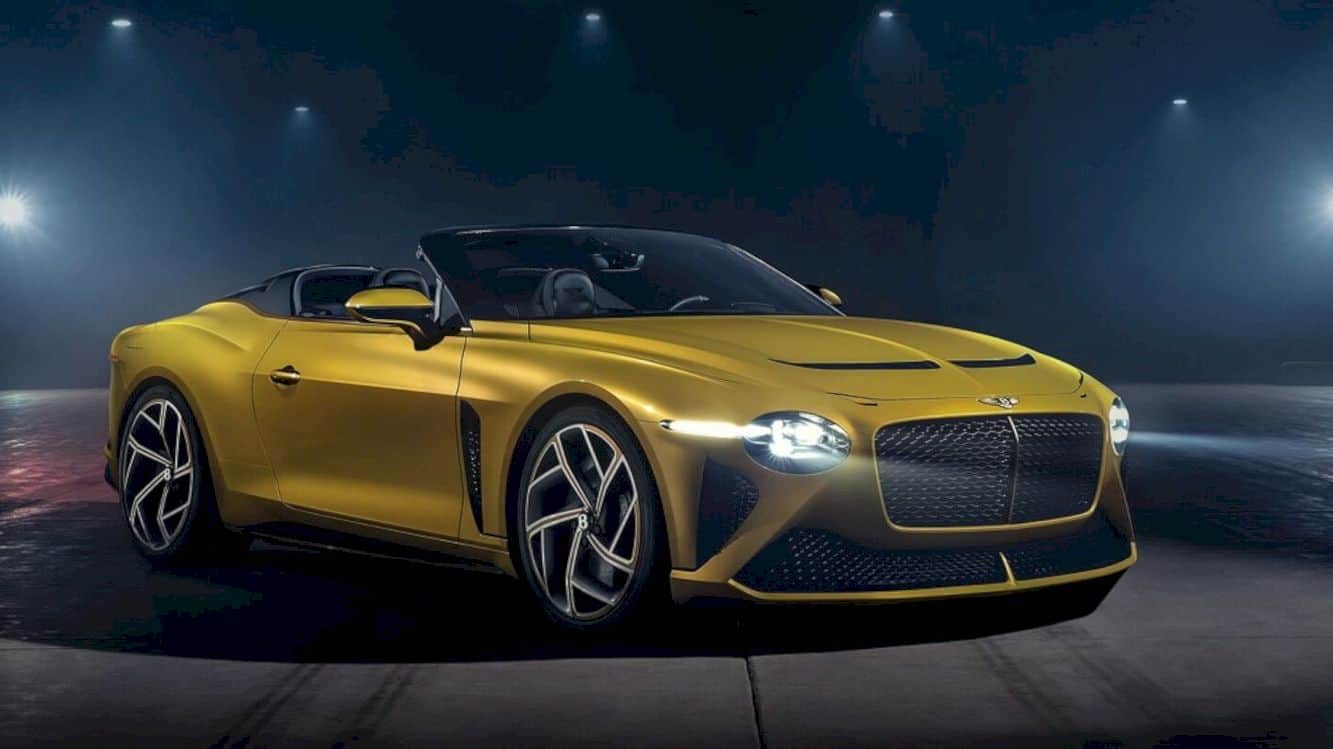 The name Bentley Mulliner Bacalar was inspired by a lake named Laguna Bacalar in Mexico. The two-seat and two-door grand tourer is the most exclusive model after Bentley Mulliner.

Mulliner Bacalar is a roofless car coupe inspired by the EXP 100 GT concept car. All the exterior panels are made different, and the only sharing component is the door handle, which is taken from Continental GT, only because it uses a keyless entry system. 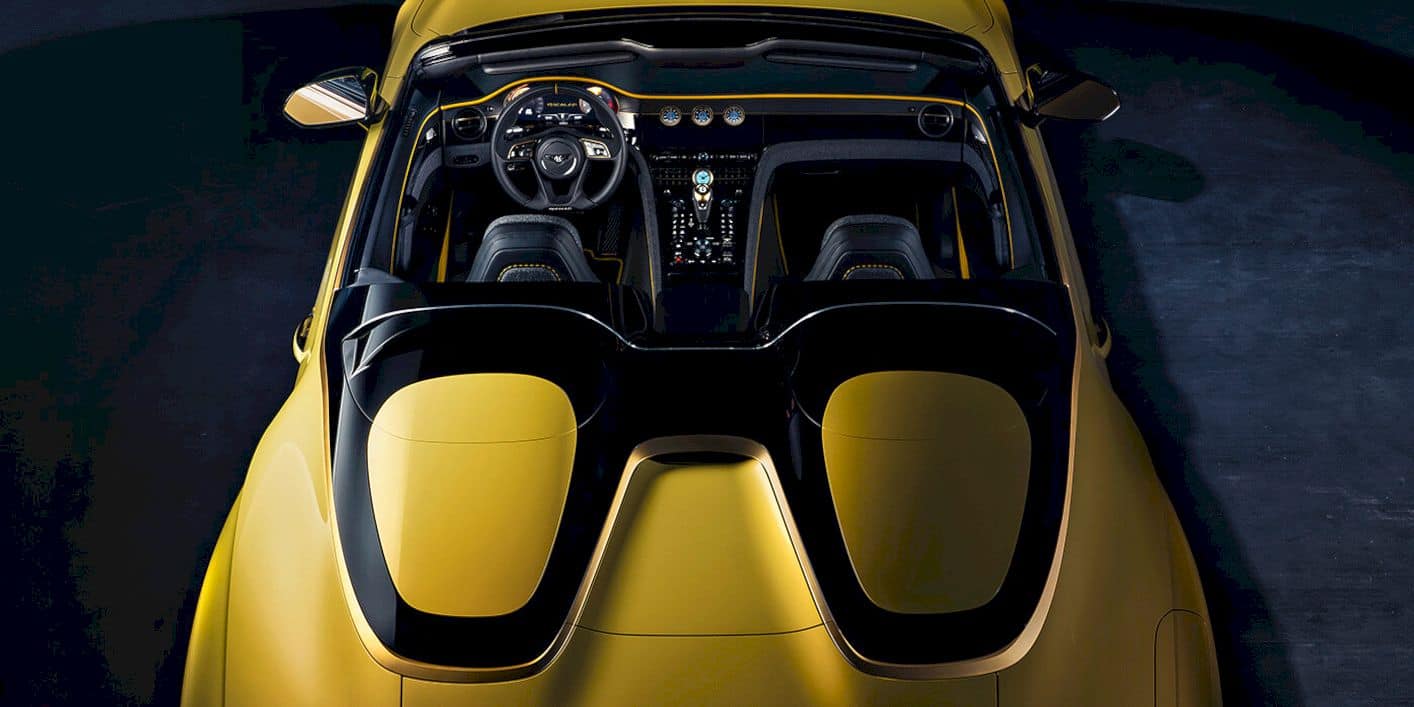 The rear clamshell and upper deck are made of aluminum, while the doors and wings are made of carbon fiber. From the overall design, Bentley’s dashing impression is still clearly visible from the large grille shape. The design looks more sporty than other Bentley models. 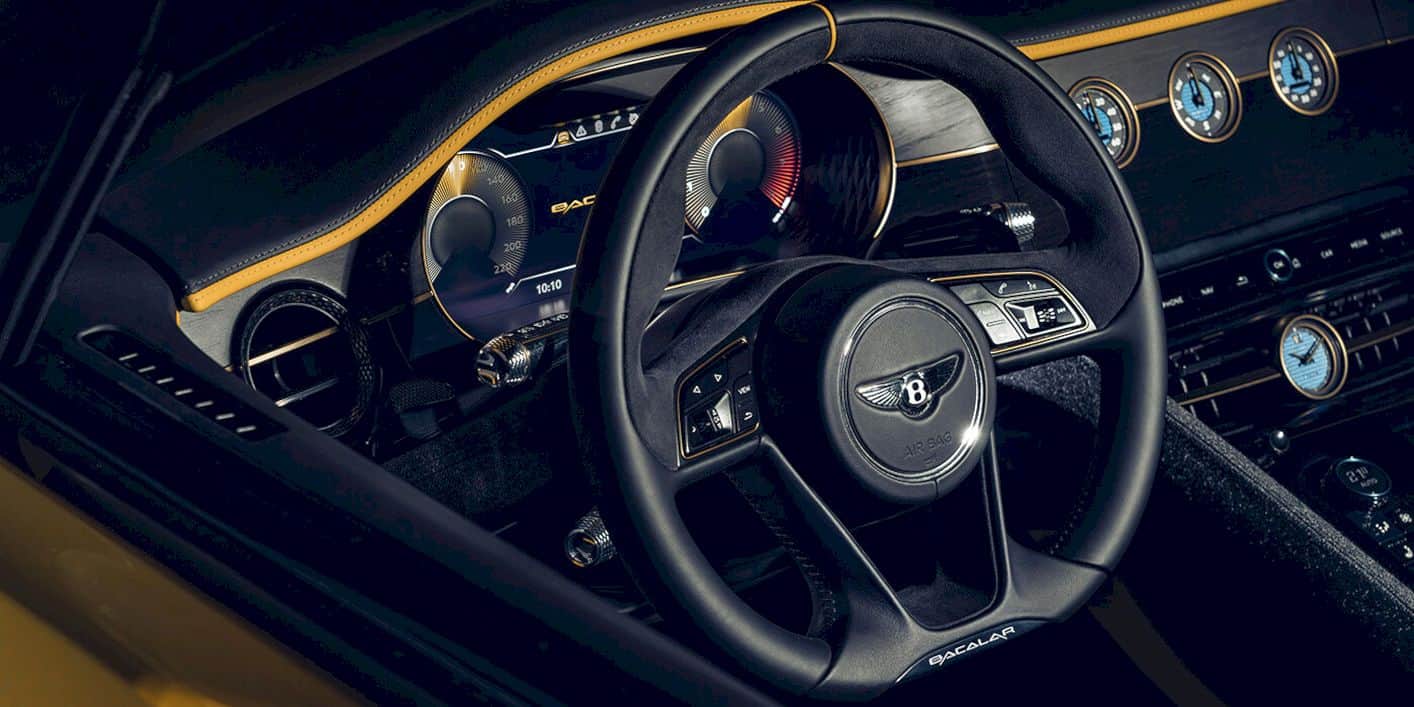 The car is using special wood obtained from lakes and rivers around England. The wood is known to have been buried naturally for 5 thousand years. Thus, it brings out a distinctive and special black color and is applied to the interior of the car. 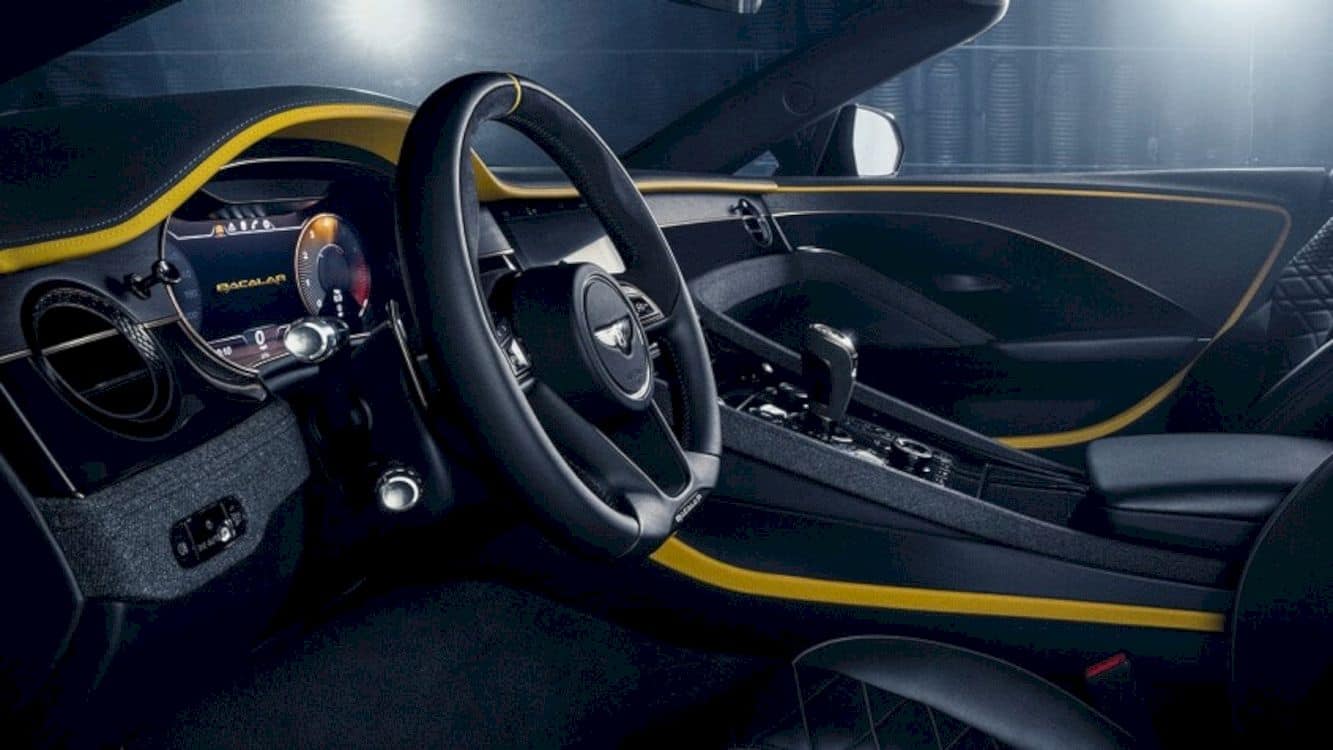 The Mulliner Bacalar adopted the Yellow Flame color and Bentley claims that the pigment is a platelet of silicon dioxide produced synthetically with a layer of iron oxide, a process that utilizes rice husk ash to make 90 percent pure silicon dioxide. 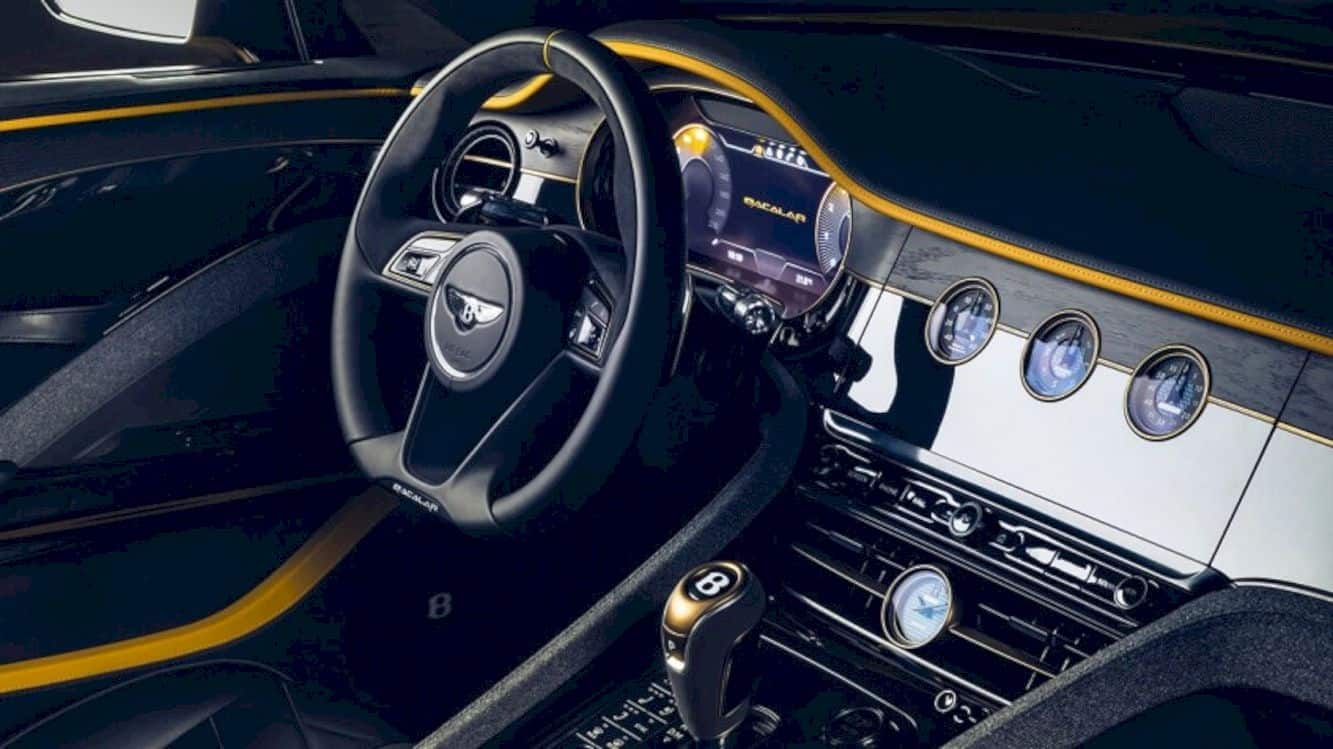 Each Bacalar Mulliner is built according to the specifications the customer wants, including rare paint options, additional exterior care, and design themes. Bentley offers three portfolios for the prospect customer: Classic, Collections, and Coachbuilt. 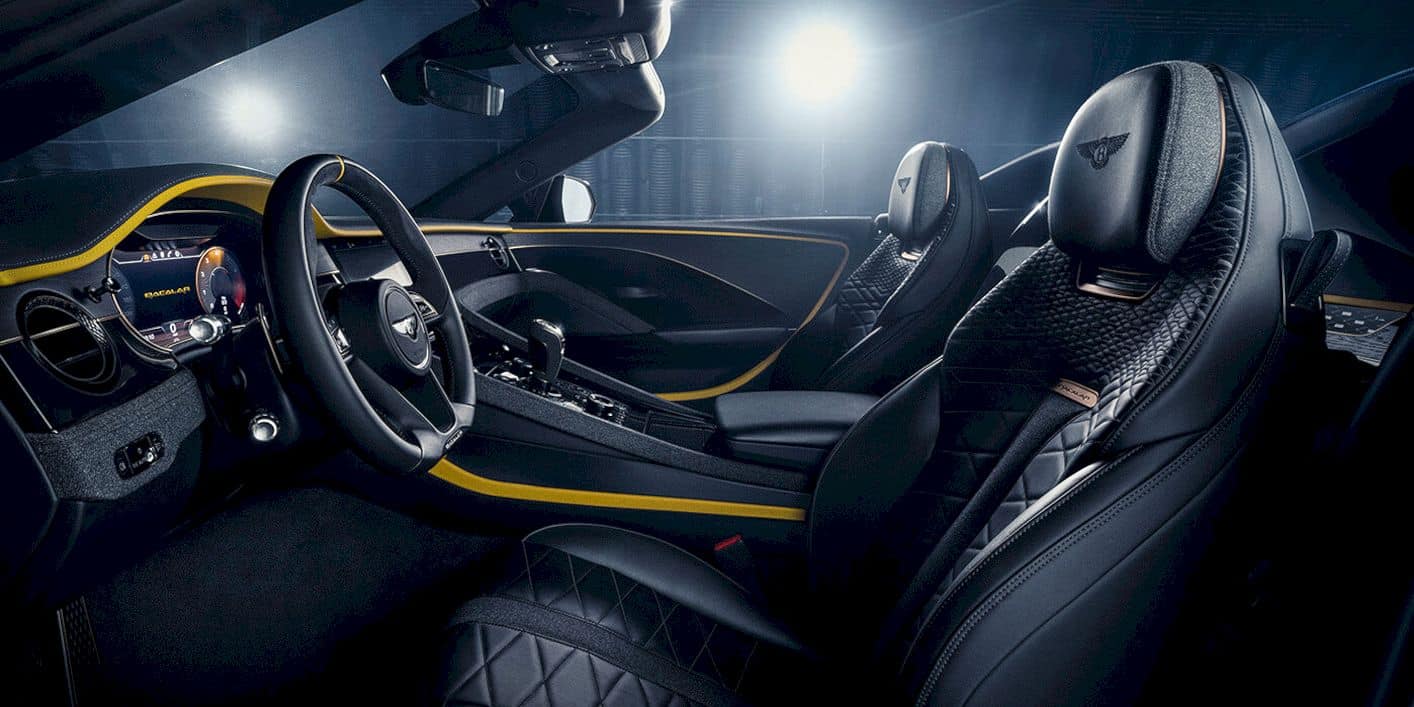 As for the cabin, the Mulliner craftsmen created a special cockpit, featuring a cover design that flowed from the tilt console to the dashboard, before sweeping into the door panels.

Beluga’s luxurious leather is carefully stitched with Bentley’s legacy of semi-gloss leather and natural wool. Door handles are replaced with unique leather straps. Each of the Bentley Mulliner Bacalar models will receive unique graphics for the digital instrument panel and unique key fob. 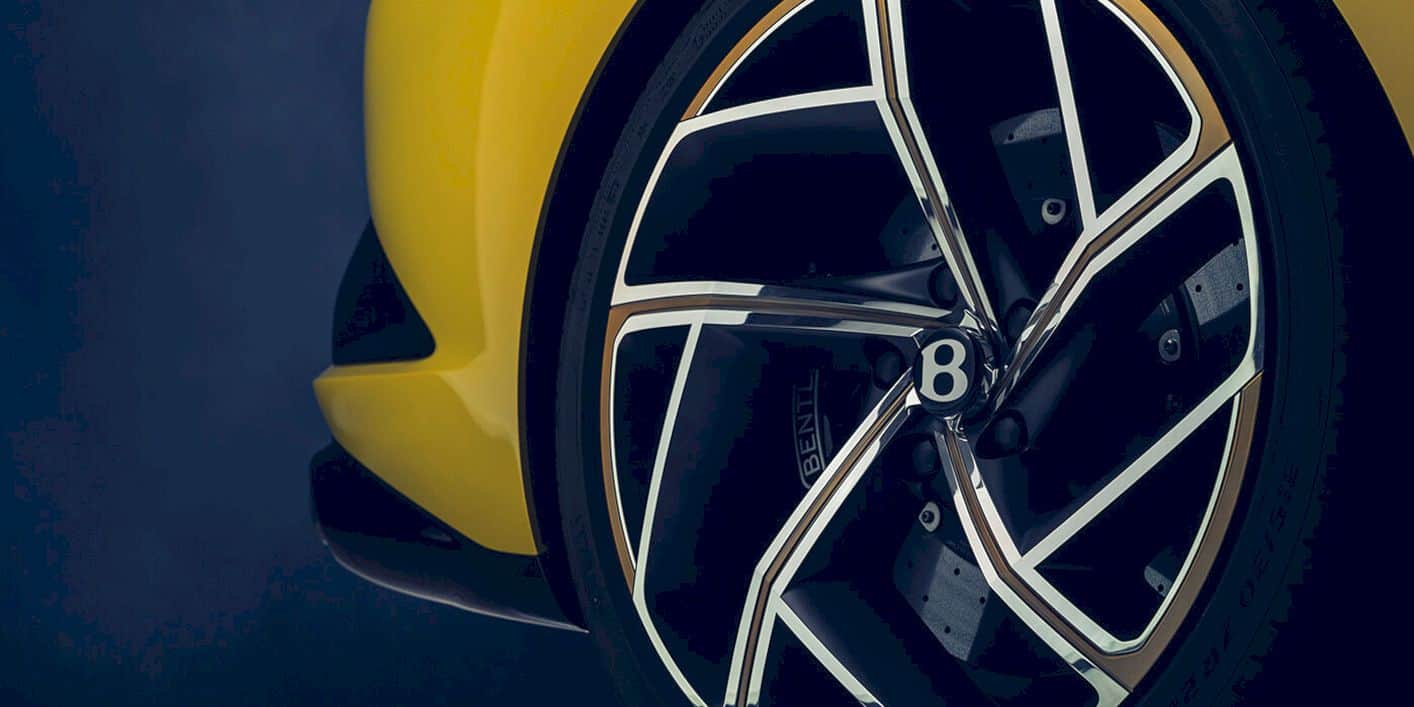 In the powertrain, the Mulliner Bacalar is powered by the famous W12 6.0 Waker twin-turbo engine. The engine can spit 659 PS and 900 Nm of torque. Plus it has 8-speed dual-clutch transmission, 48V Dynamic Ride System, sophisticated air suspension and AWD. 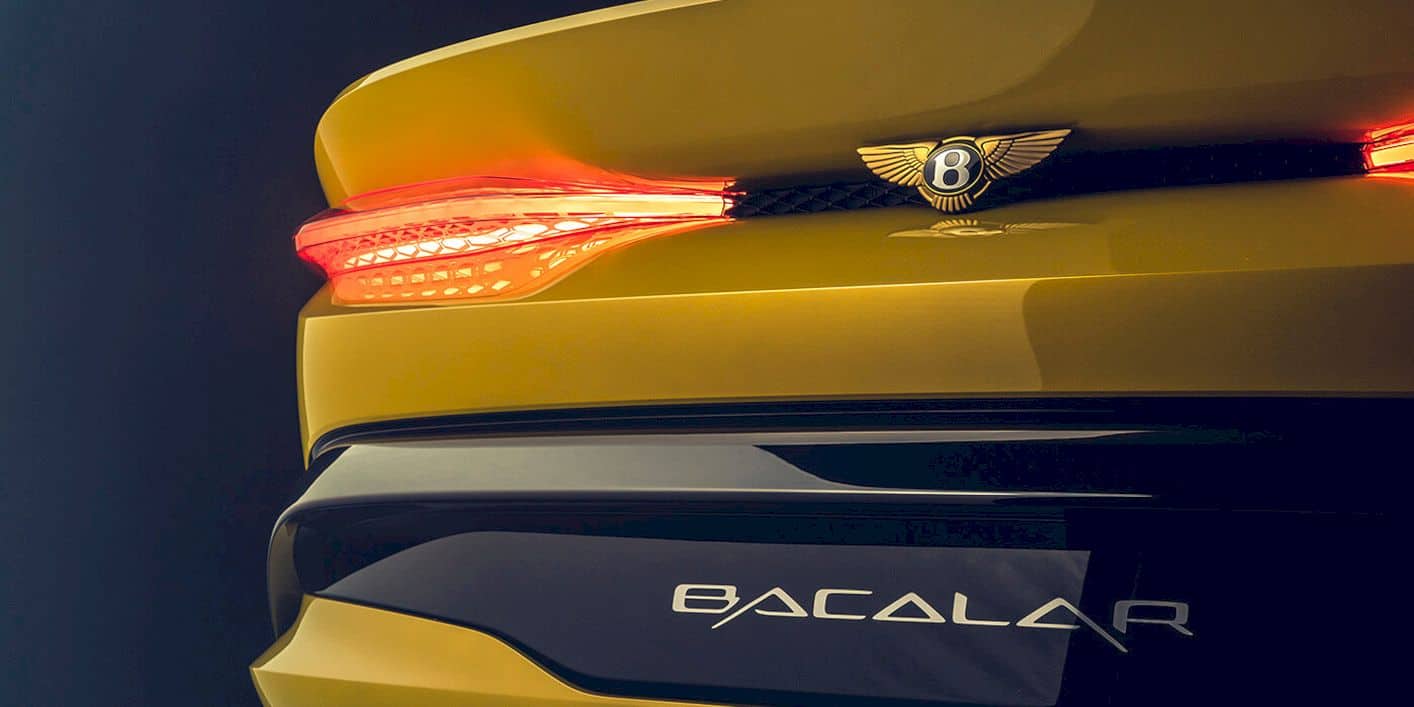 The top speed of the Bentley Mulliner Bacalar reaches an astonishing number of 321 km / h, with acceleration from 0 to 96 km / h only took 3.5 seconds! Bacalar will also use carbon-certified production facilities to manufacture its luxury cars. 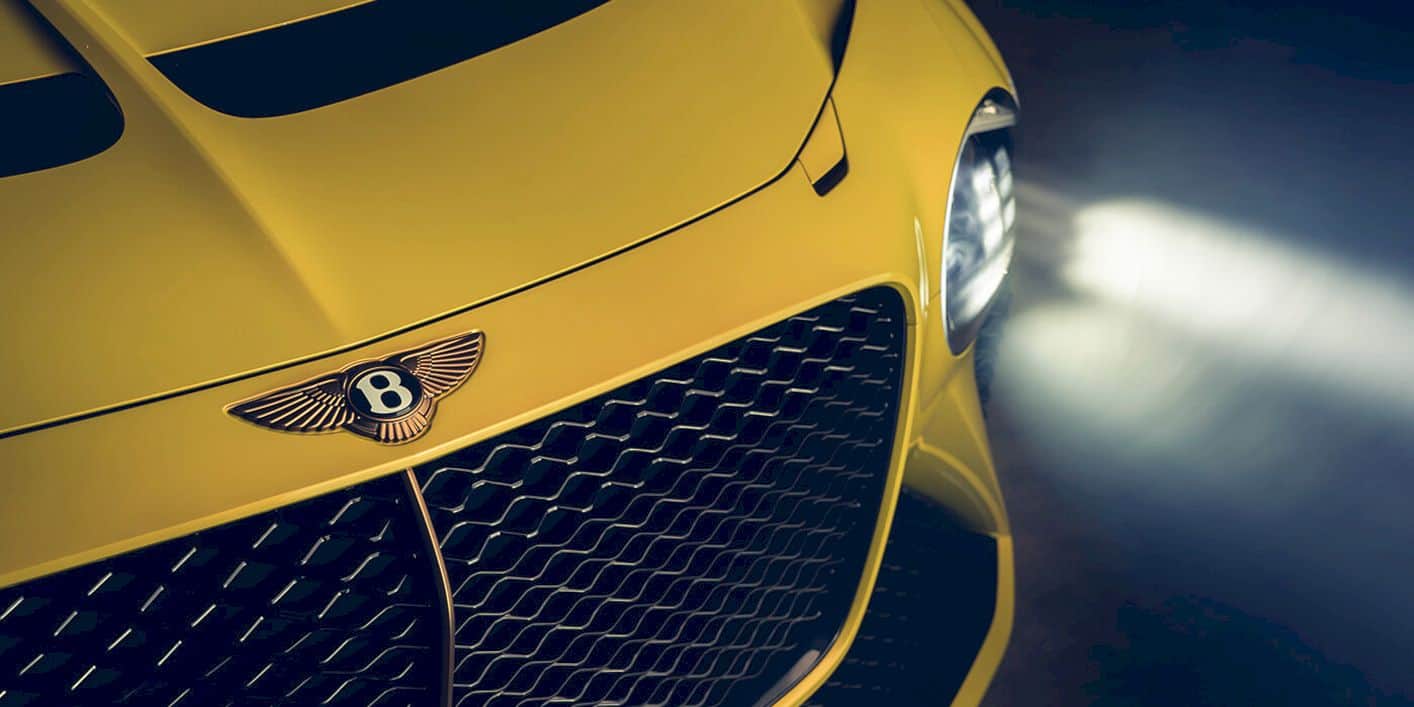 Bentley will only produce 12 units of the Bacalar Mulliner. However, those who have the blood of a sultan and want to own a luxury car will be disappointed because it is reported that every Bentley Mulliner Bacalar unit has been officially sold out!