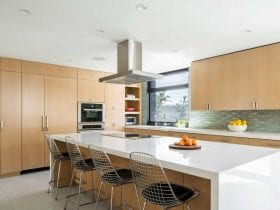 Phelps Residence by Assembledge+: A House Renovation with A Two-Story Stucco Facade Structure

With 4500 SF in size, this 1940s Seattle home is transformed by Prentiss Balance Wickline Architects into a playful house for a family of five. Cascadia is a remodel project that remains the basic layout of the house pretty much the same, There is also a series of concrete walls that set up to create a dialogue at the street level and leads visitors to the wall of the courtyard. 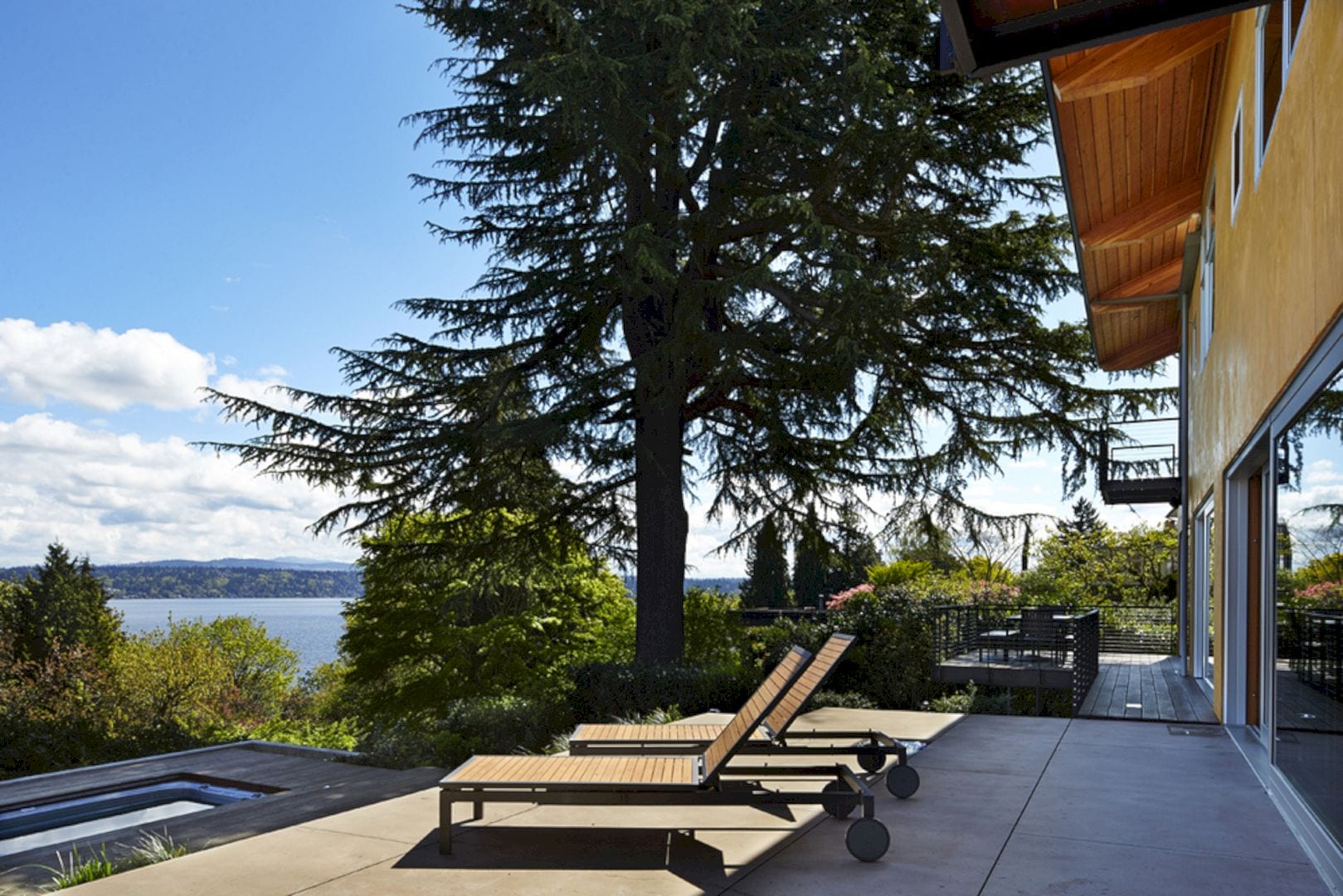 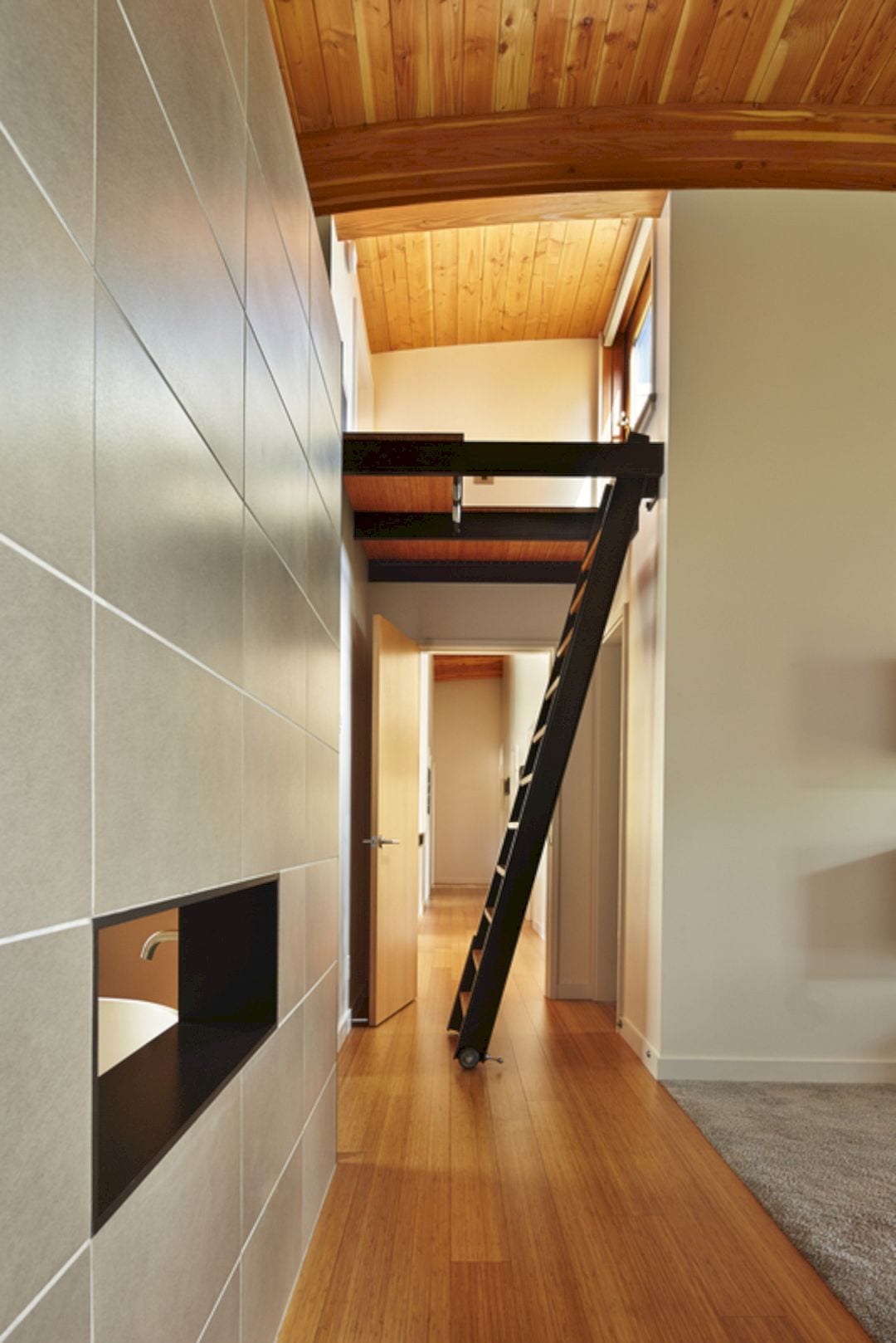 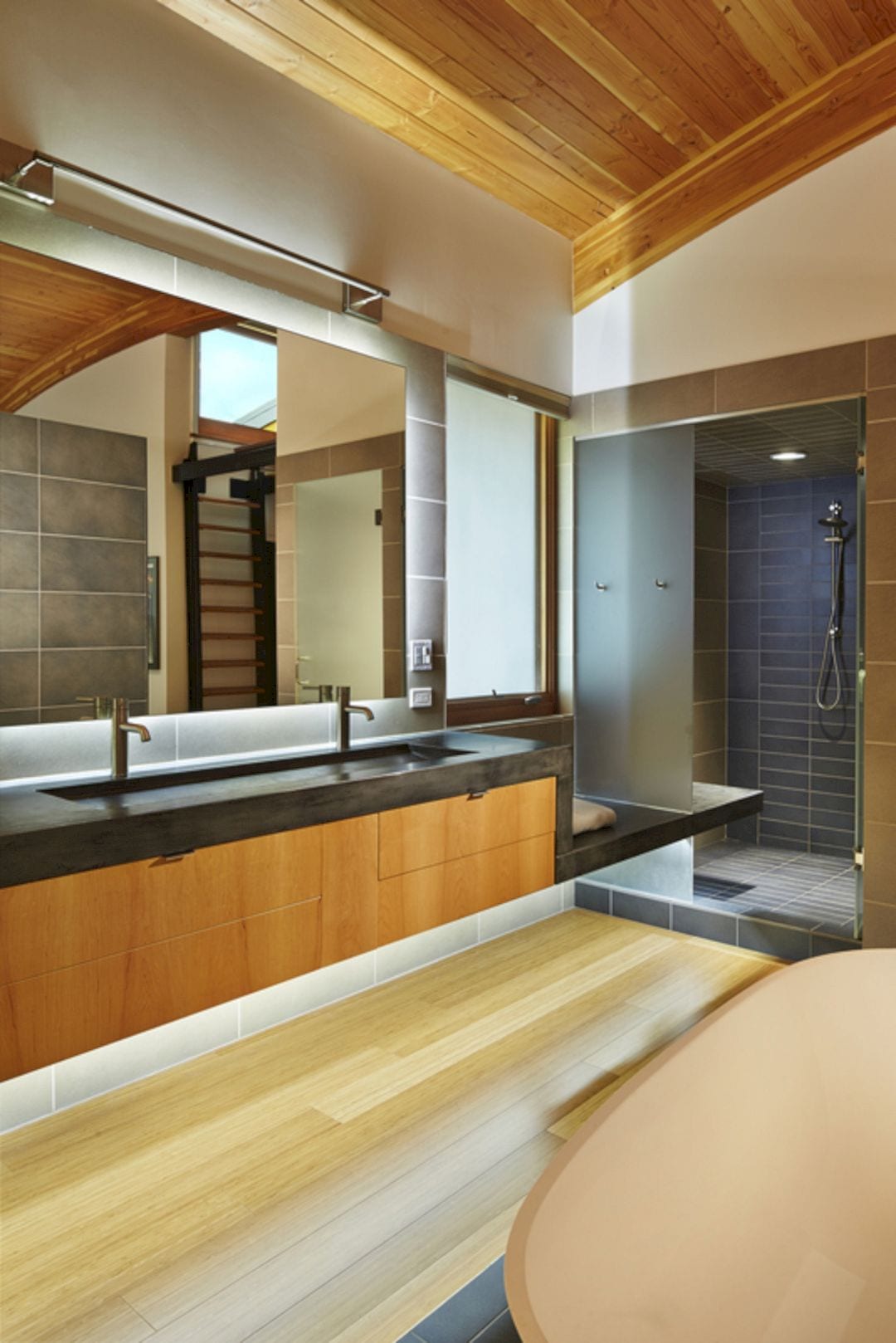 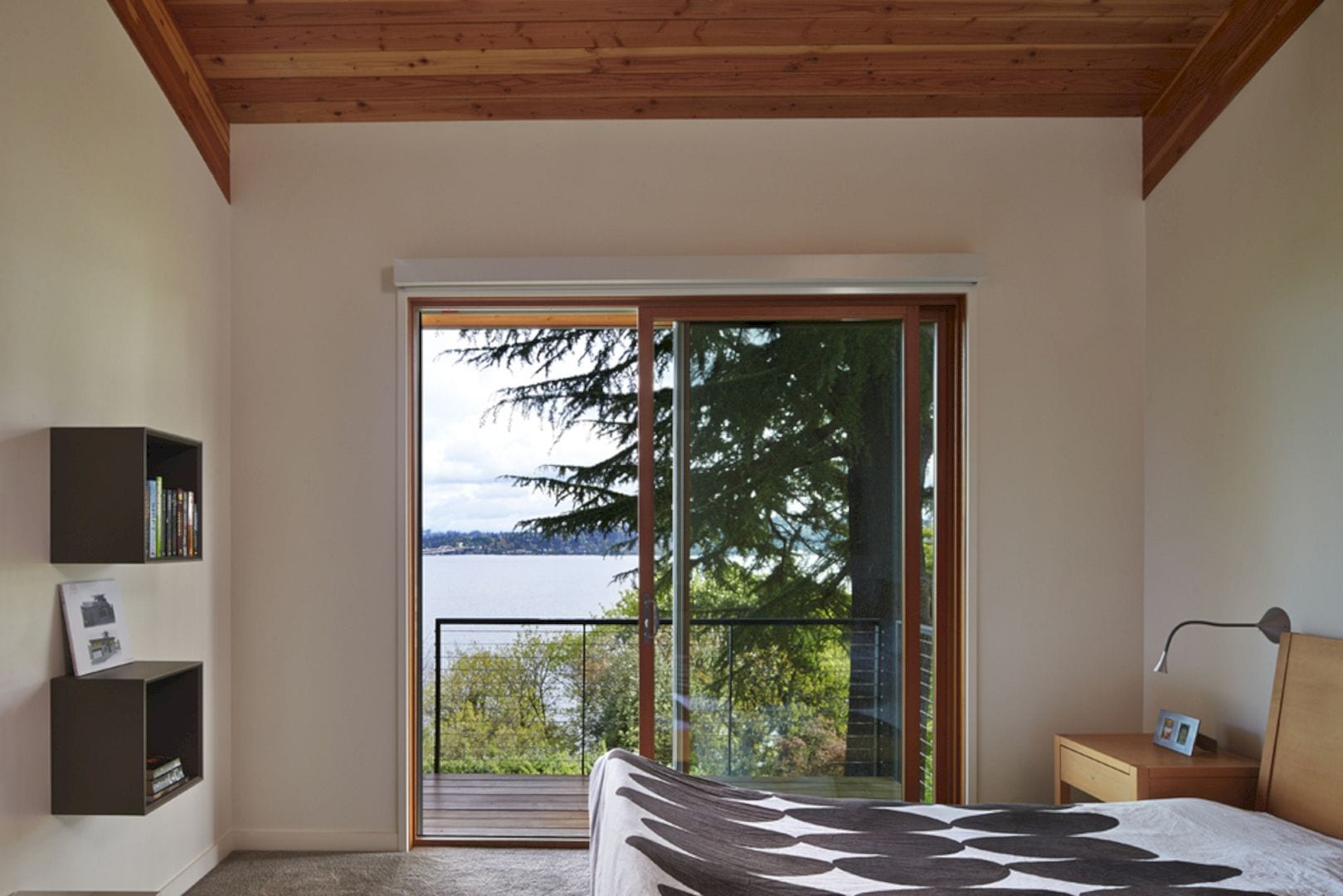 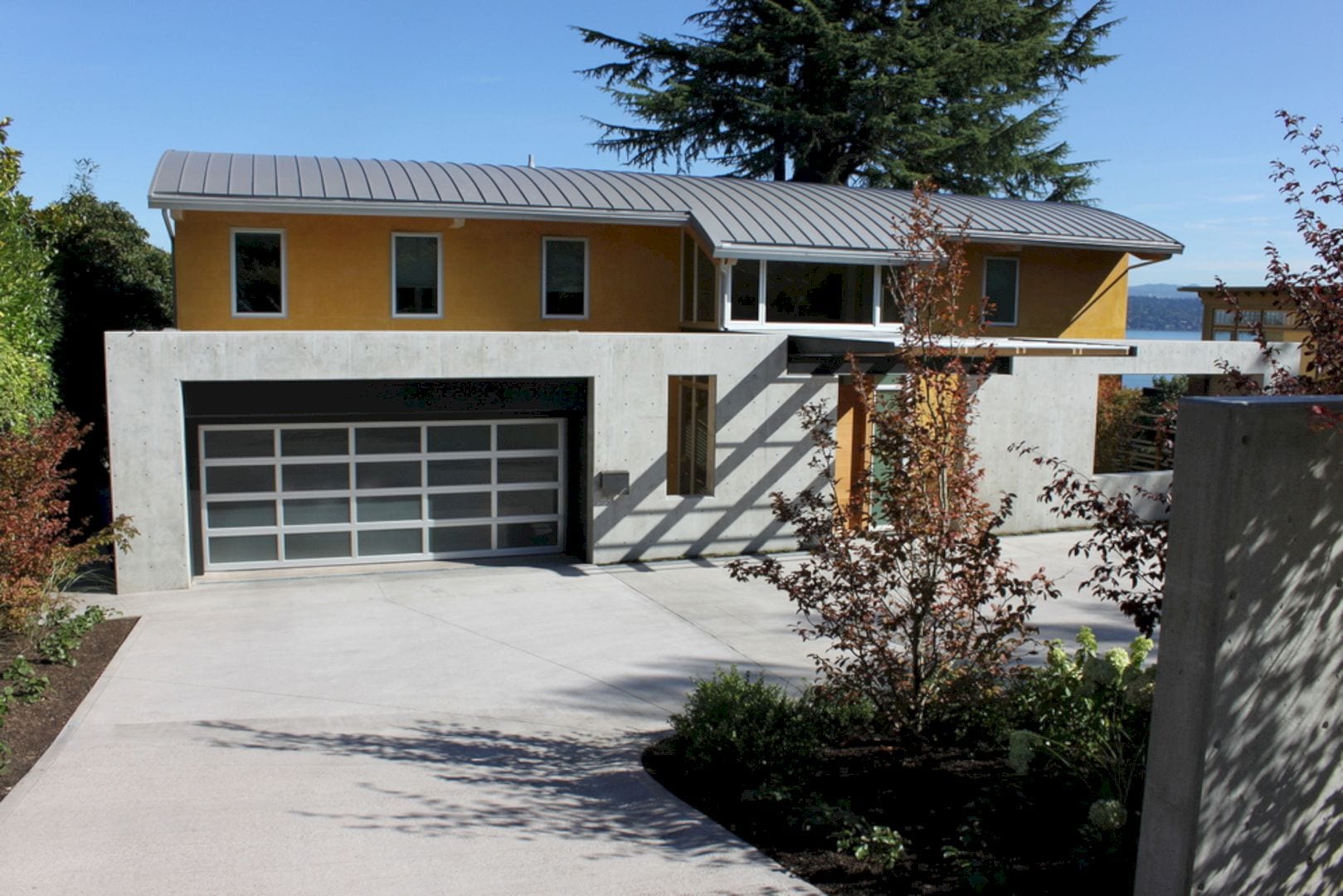 It is a 1940s Seattle home that was also remodeled in 1990. The basement, garage, and kitchen are remained standing after the demolition. The house’s basic layout also remains the same but the house spaces are opened to the view and to each other.

The entry space of this house is enlarged beyond the existing footprint into the courtyard at the front to create a grand entry. A dialogue at the street level also can be set up by the series of concrete walls, leading all visitors to the architectural and playful courtyard wall. 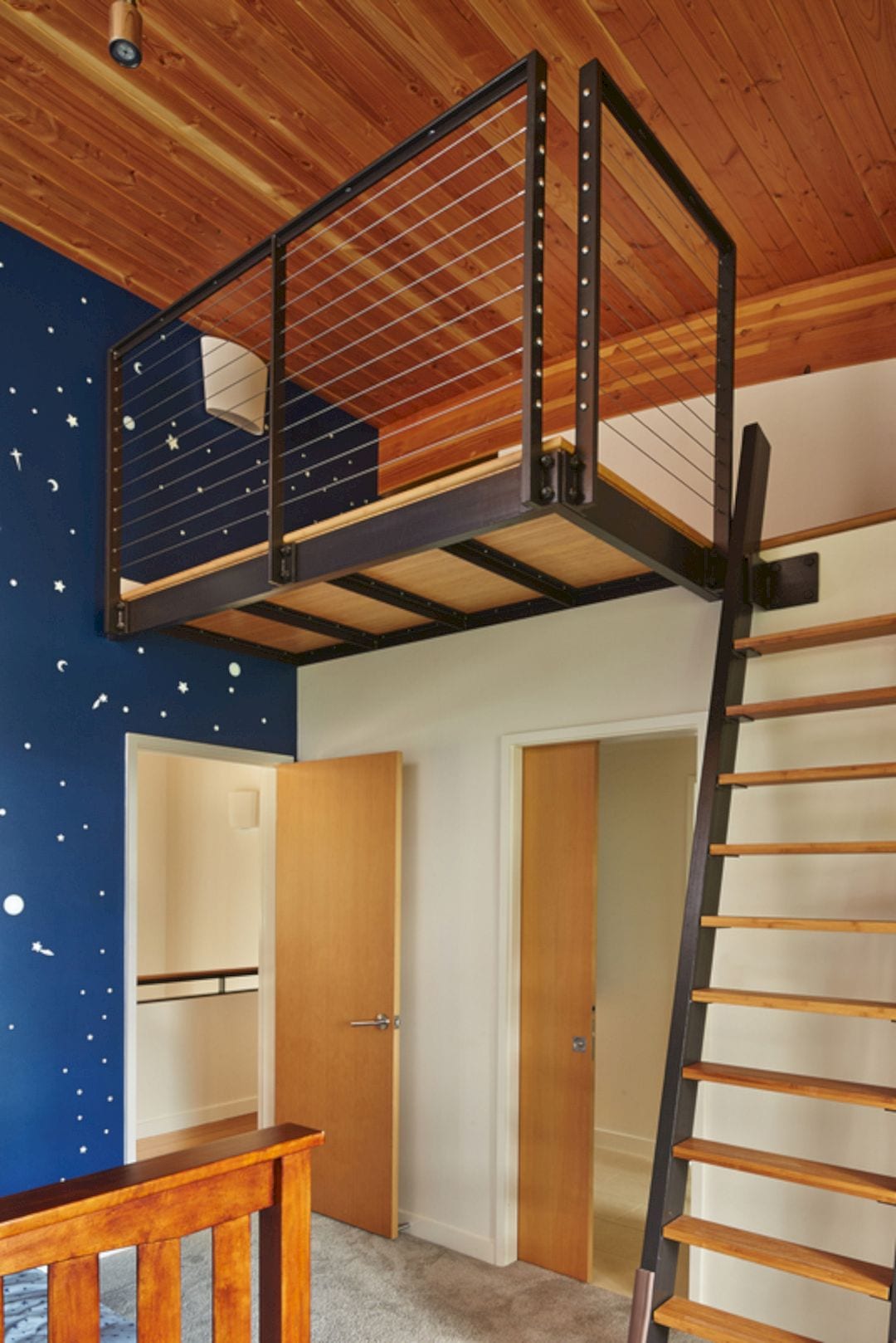 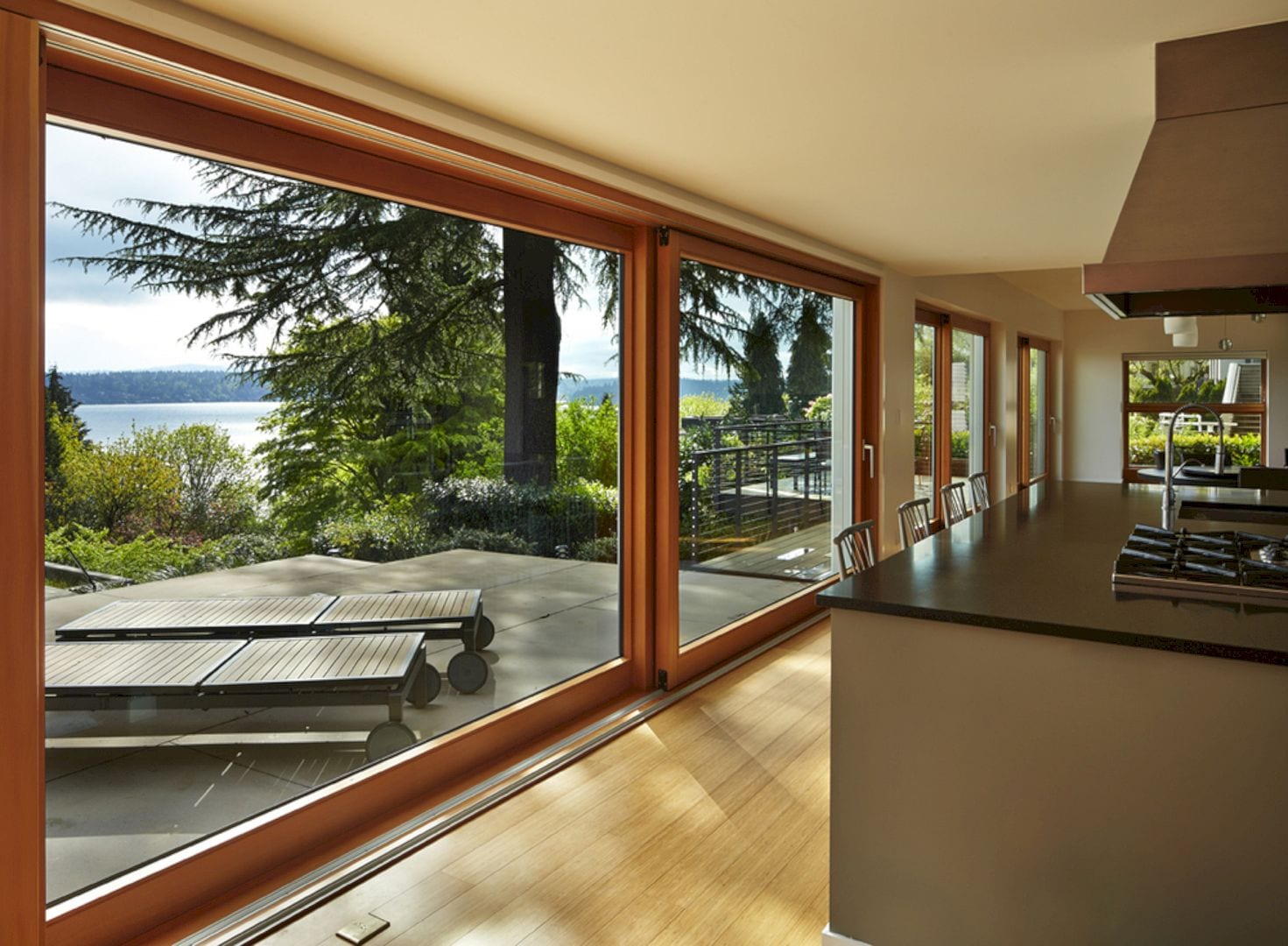 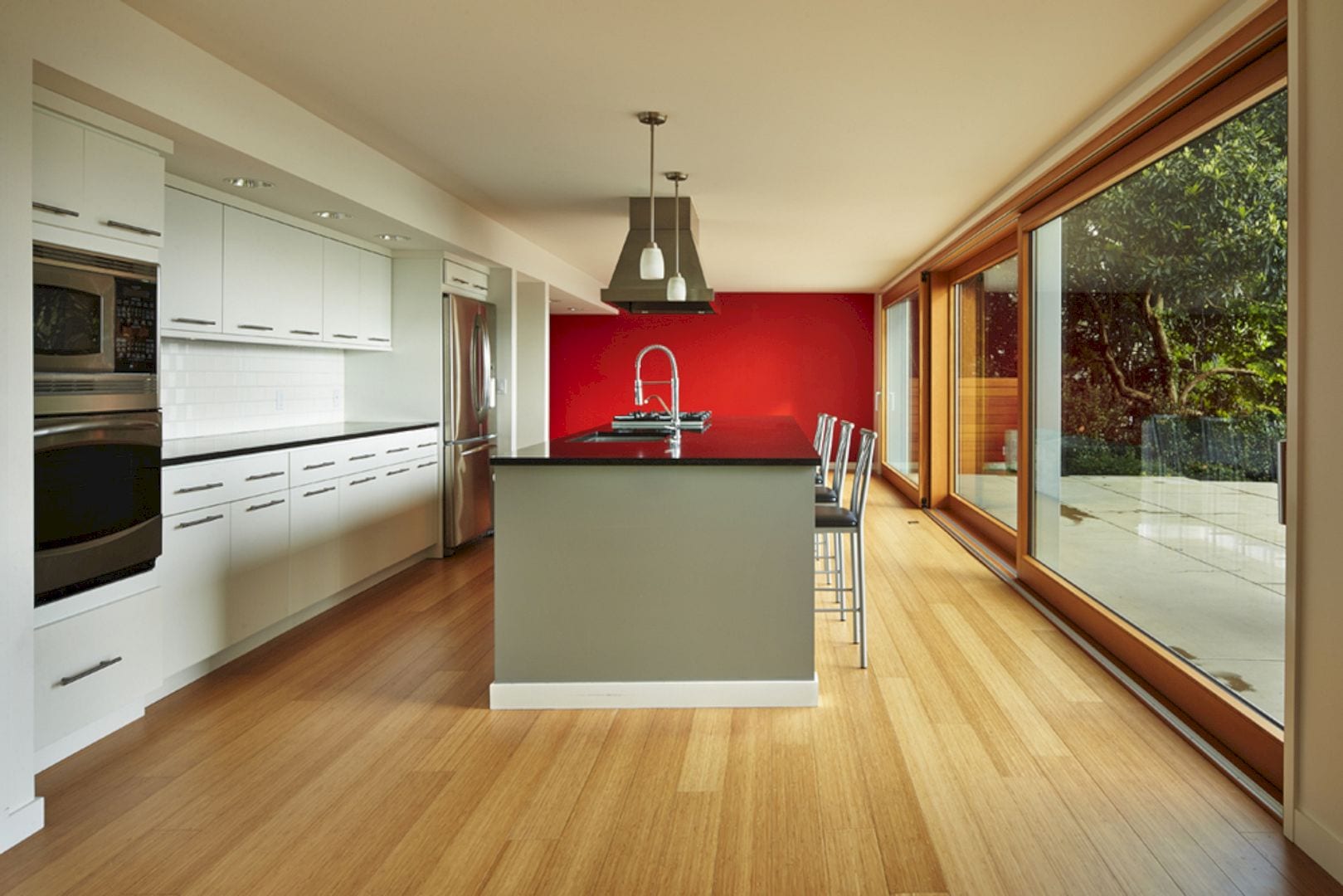 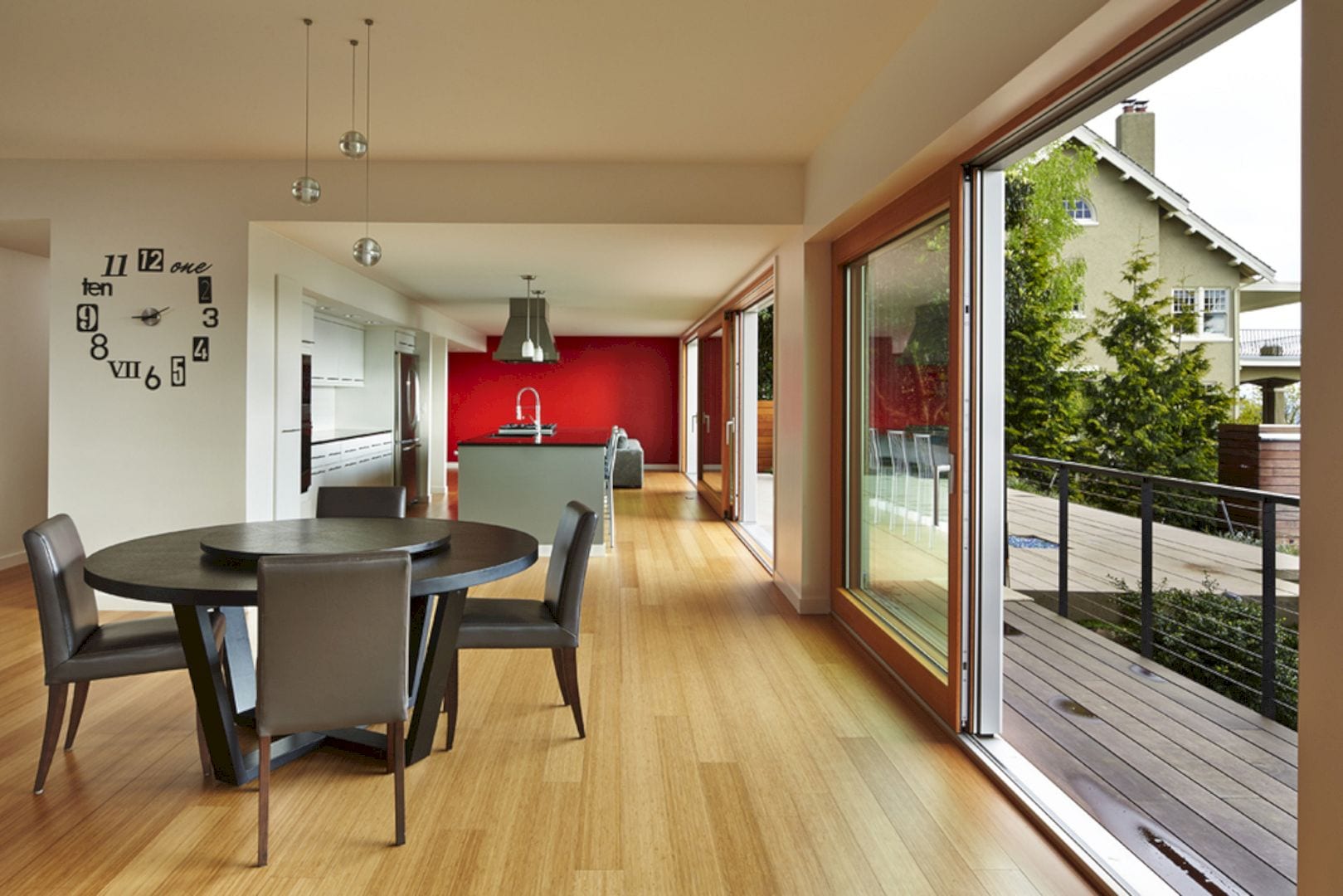 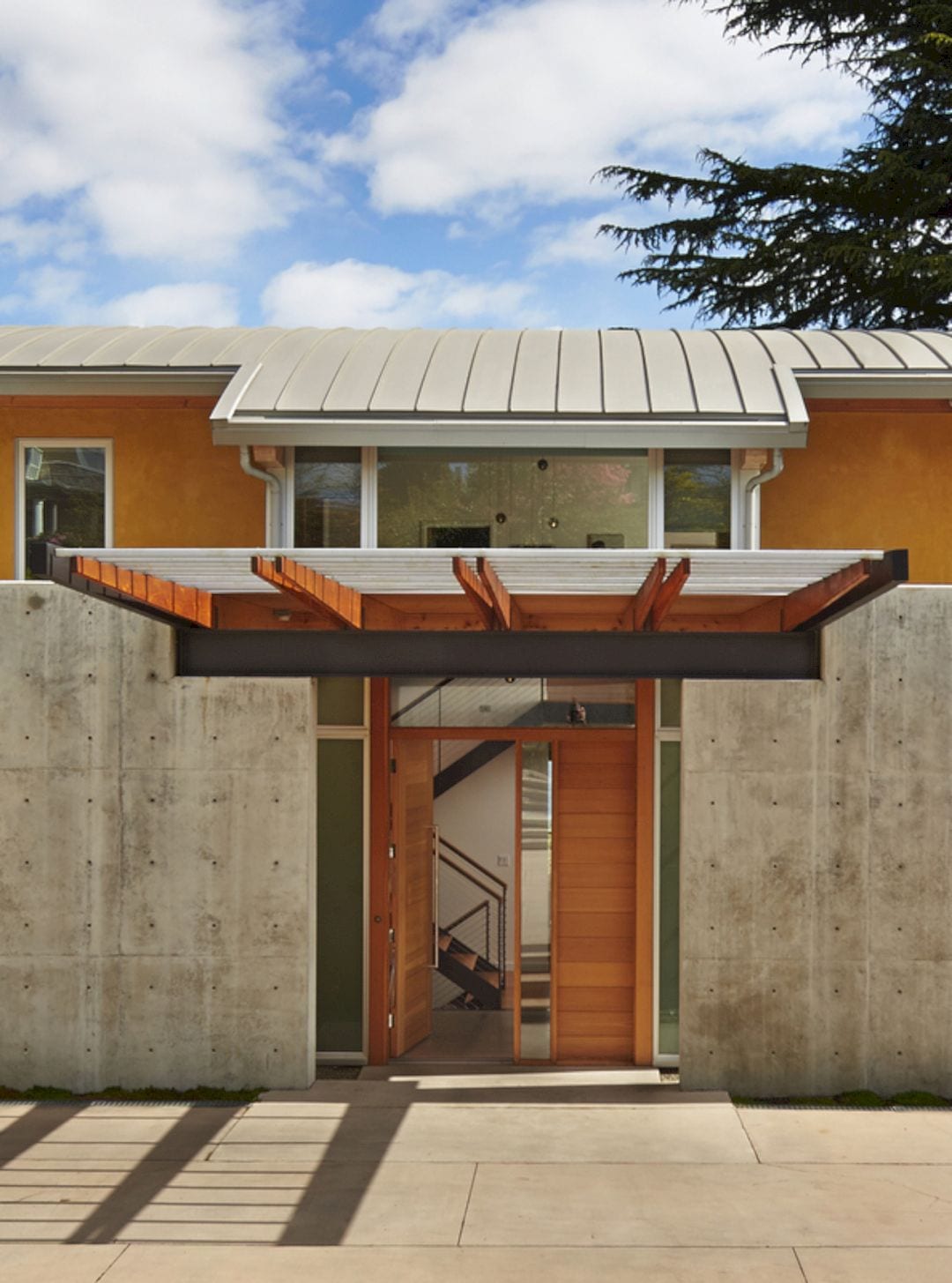 This house opens to the views of the lake with new lift-slide doors to the concrete patio and dining deck. This patio is designed with a gas fire pit and steps down to the swim-spa below with stunning views of the lake.

The concrete bio-retention planter has double roles. The first role is collecting driveway and roof water runoff and releasing it into the city system. The second role is serving as a 3′ buffer at the pool deck to eliminate the need for a railing. 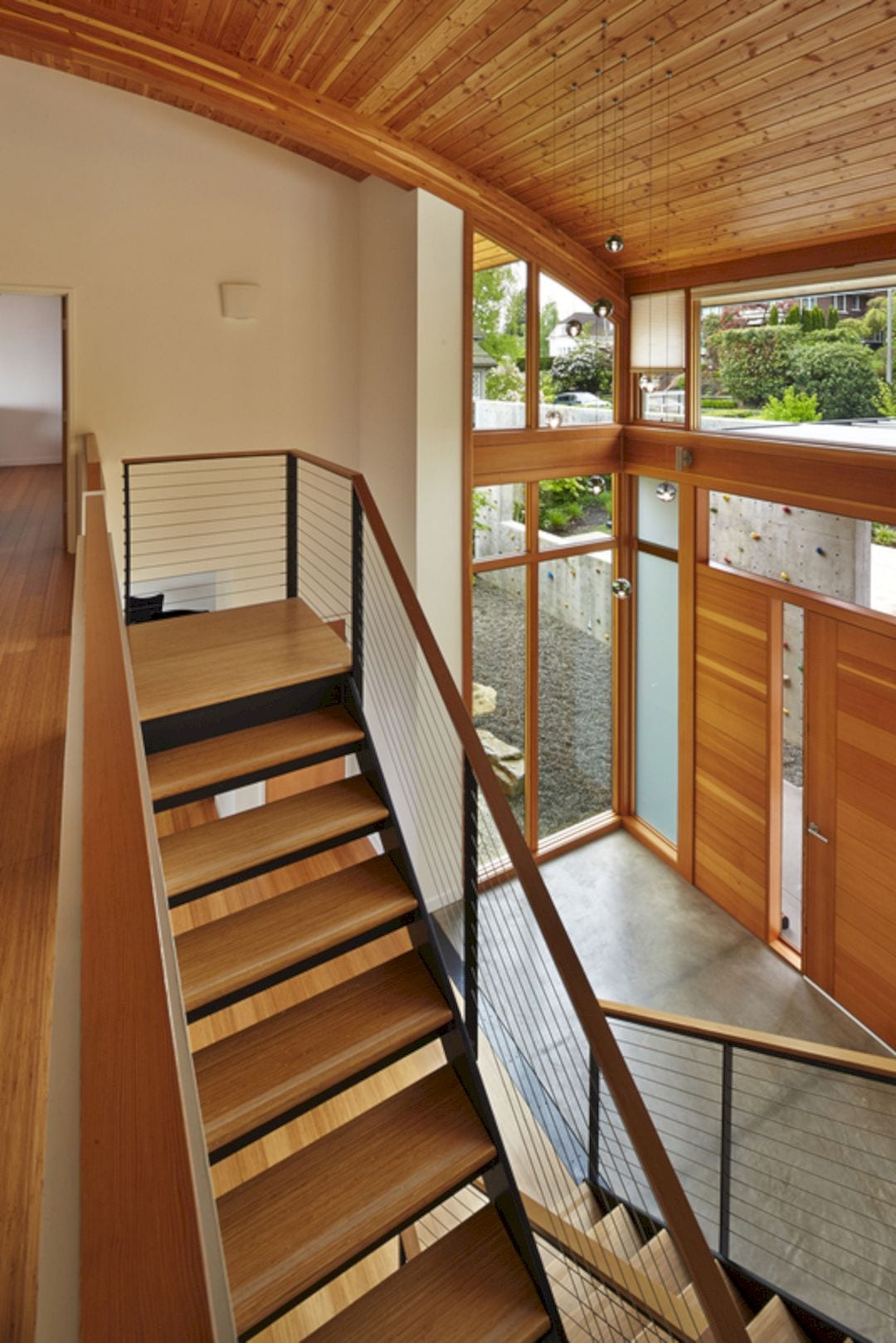 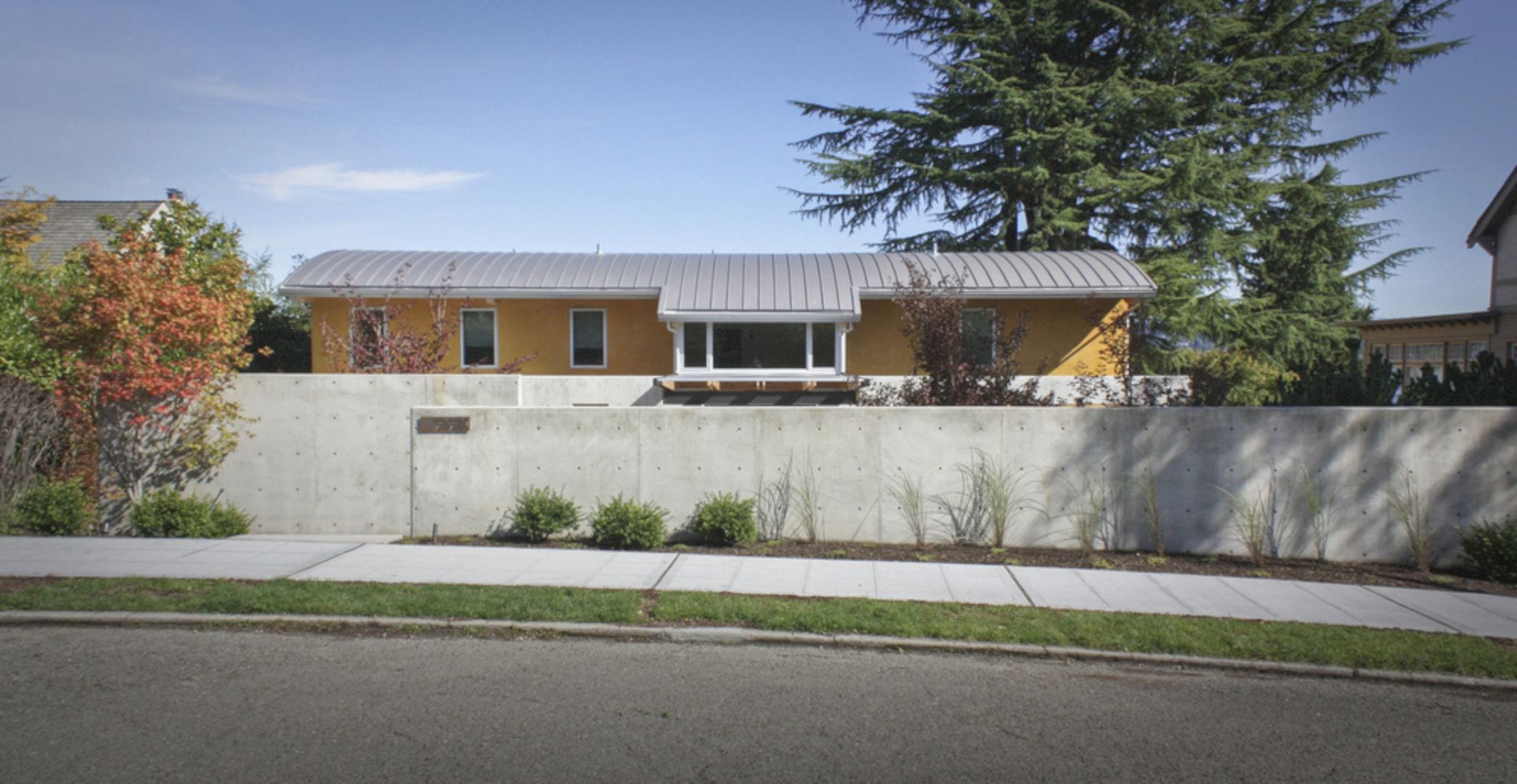 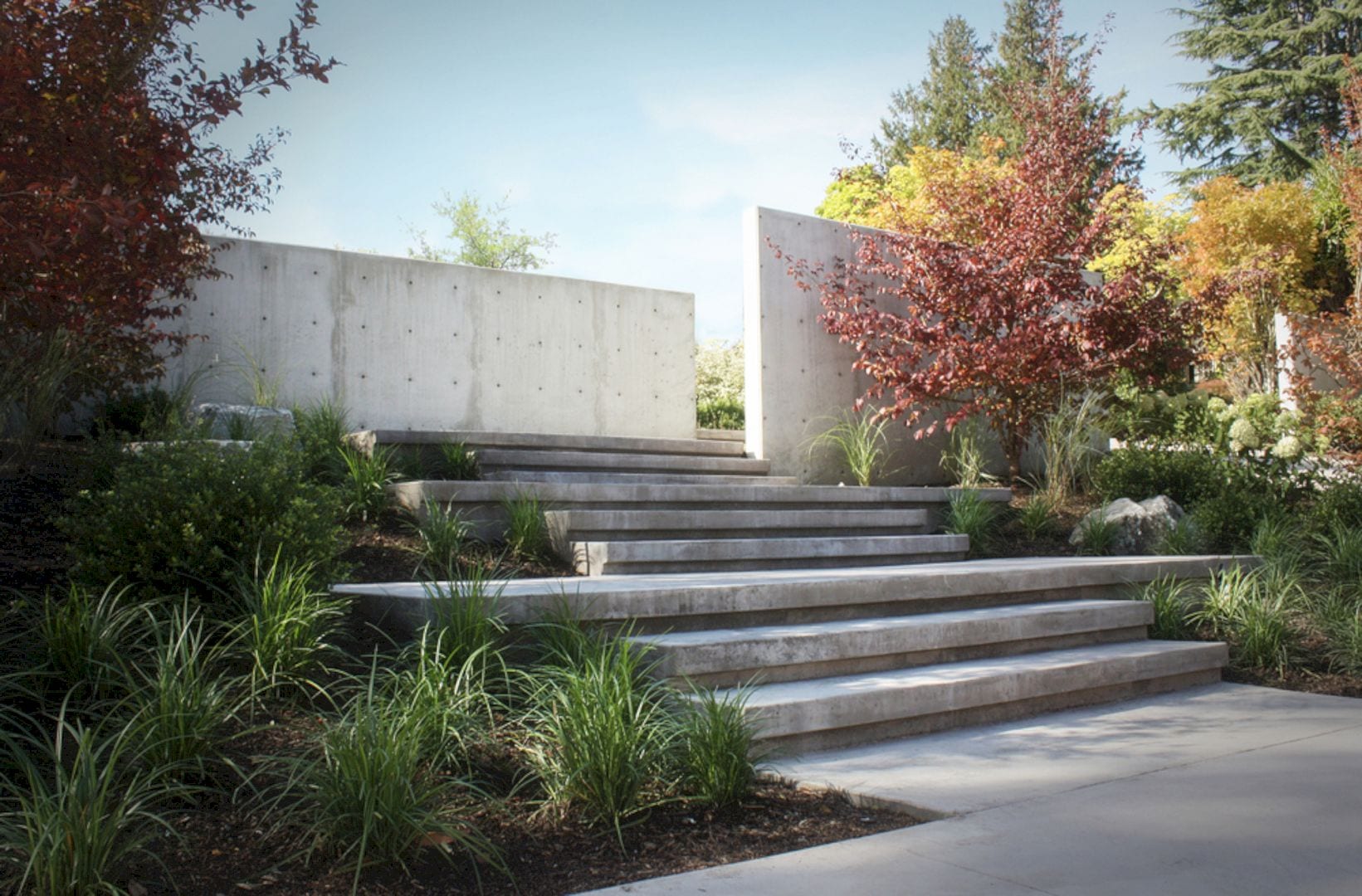 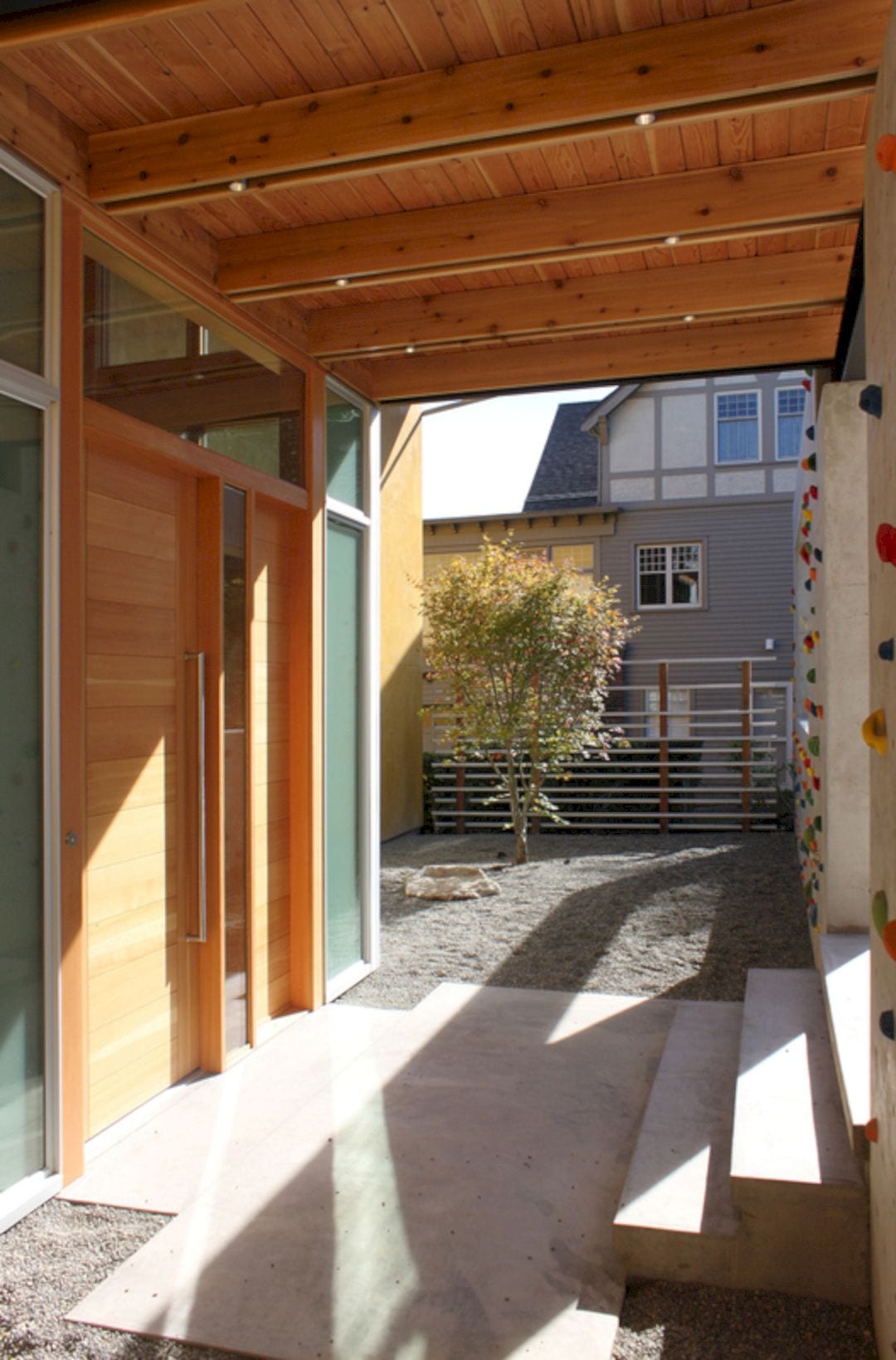 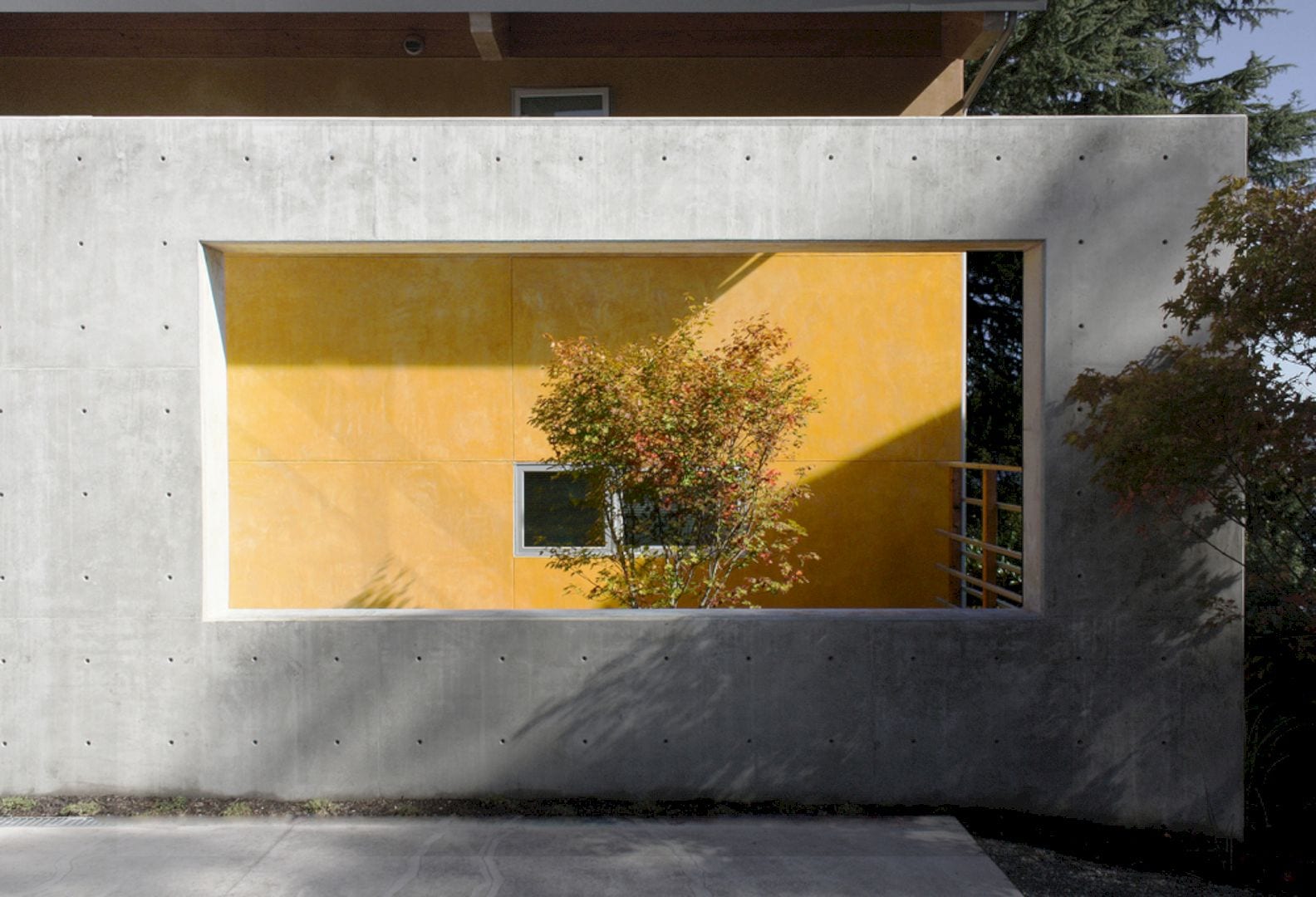 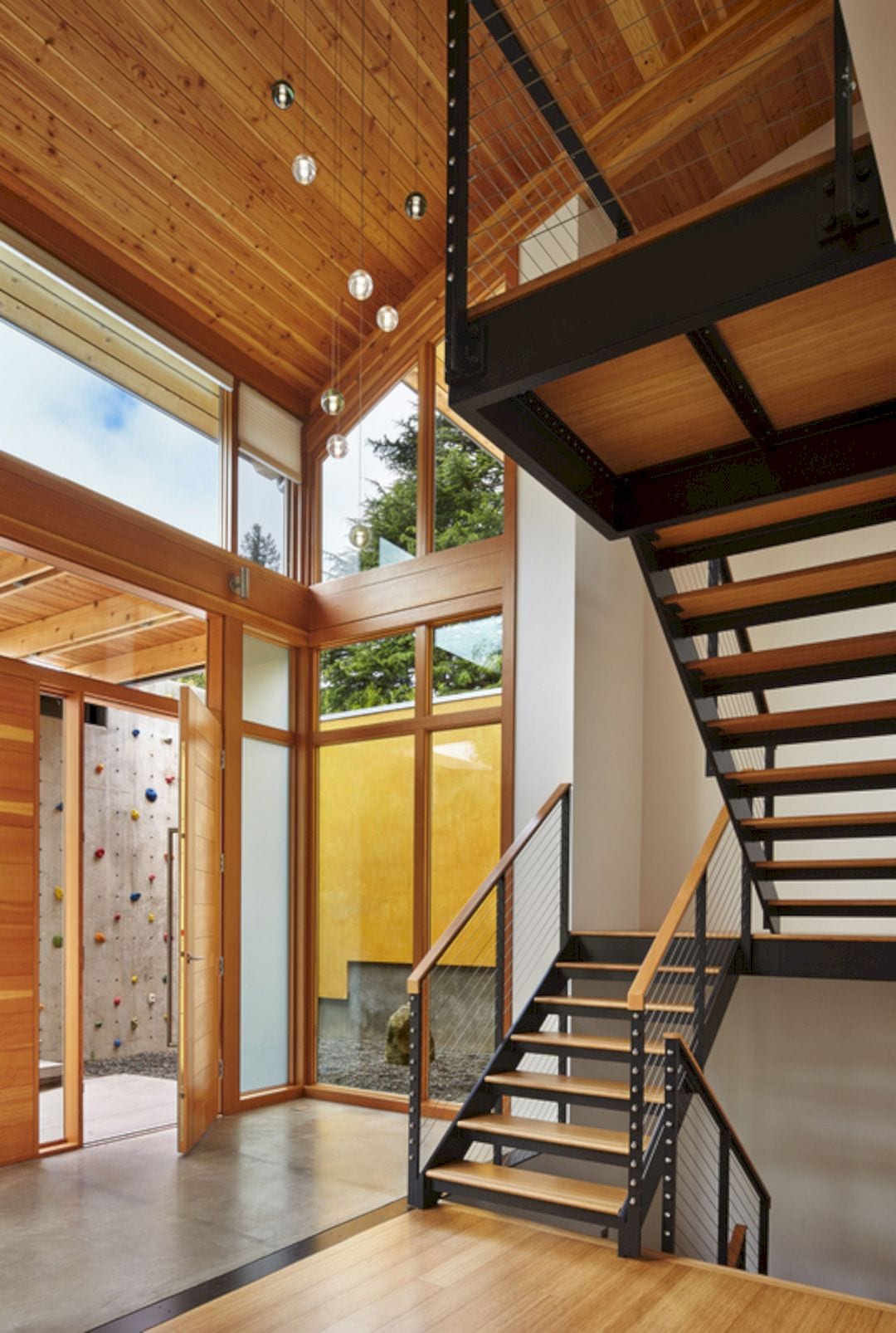 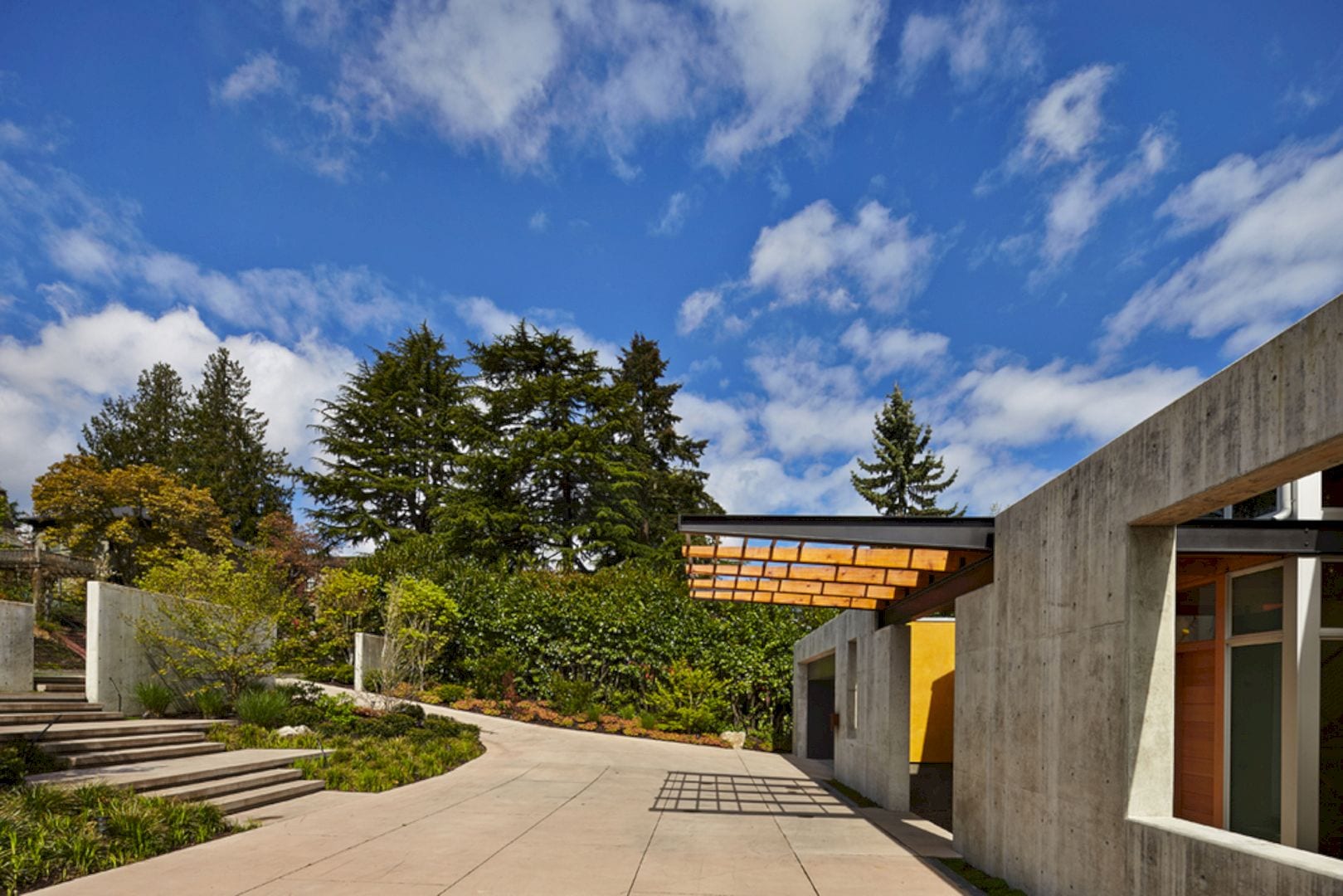 The second floor of this house is removed and replaced with an arched roof. This way can raise the ceiling height of the interior from a cramped 7′ to an airy 12′. There is also a pair of balconies that added to the bedrooms, a rooftop deck for stargazing, and also lofted spaces to the bedrooms of the kids. Downstairs, a mother-in-law suite is also added with a future kitchenette.