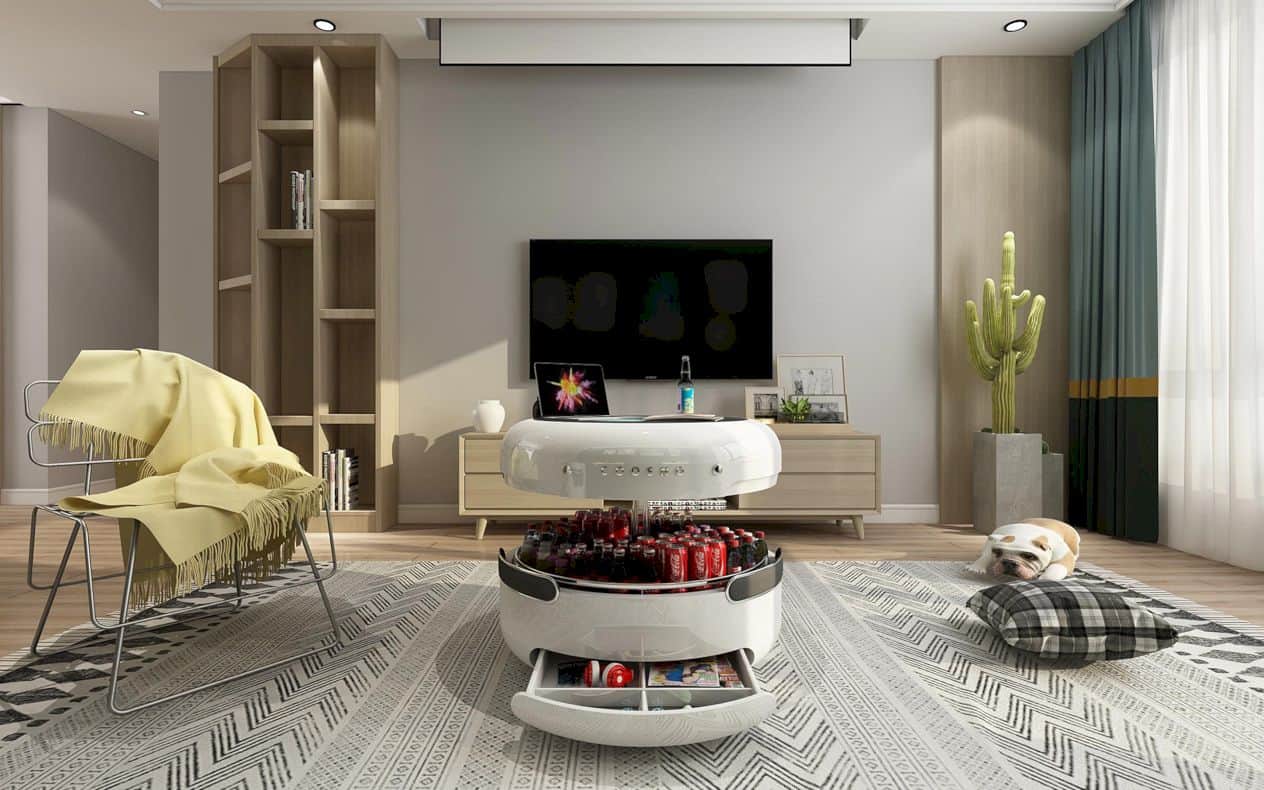 Loupedeck recently launched its new creative editing console, the Loupedeck Creative Tool or simply called Loupedeck CT. Featuring a new design with more controllers, the console aims to speed up the workflow of photographers and videographers, but also designers and music producers through the integration of Adobe Illustrator and Ableton Live.

The Loupedeck adventure began in 2016 with, as often, a crowdfunding campaign. The first Loupedeck console was originally reserved for Adobe Photoshop Lightroom software and accelerated its workflow by providing creators with a new way of editing their photos, using physical buttons and knobs. 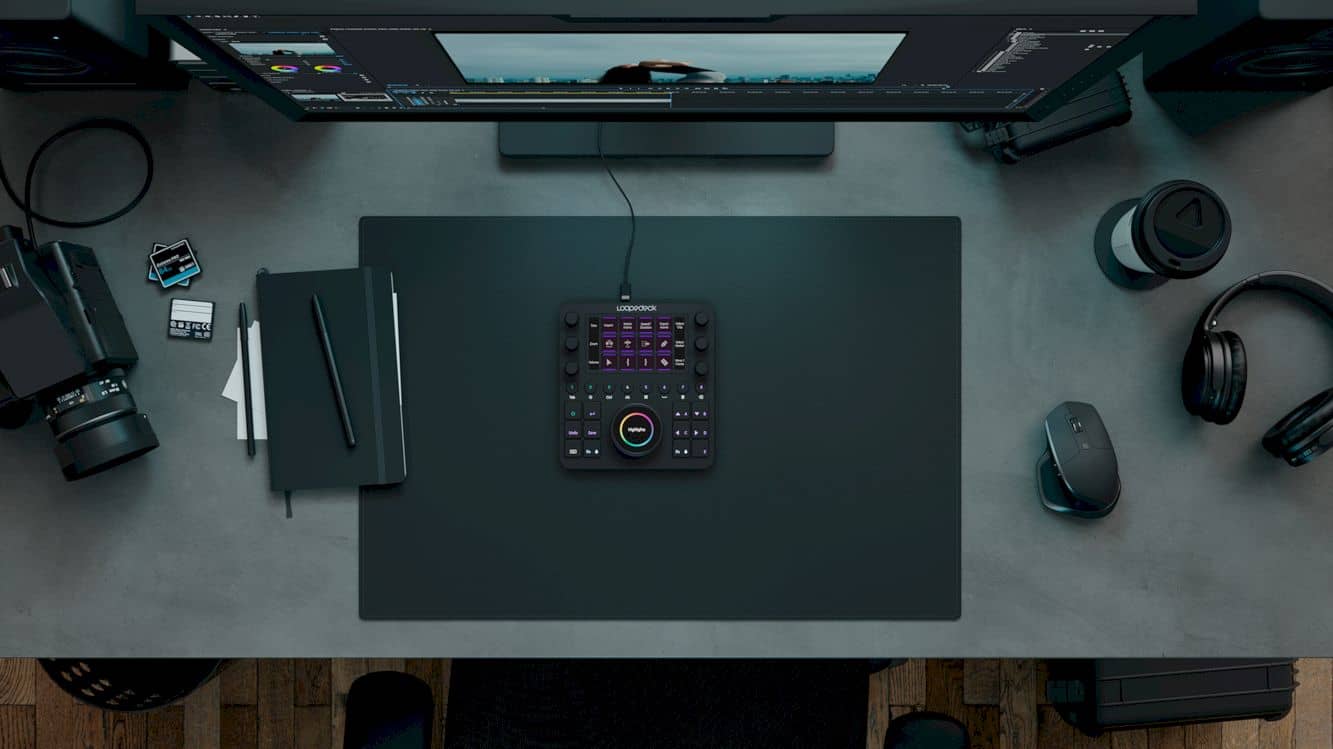 In 2018, Loupedeck launched the Loupedeck +, an update of the original Loupedeck console with additional buttons offering more secondary functions, including more customizations possible thanks to the software provided with the Loupedeck +. The console has also become compatible with more creative software.

With Loupedeck CT, the Finnish company has embarked on a complex task: to make its editing console more versatile and to appeal to professionals. Based on feedback and opinions from the Loupedeck user community, they have created a new, more professional model with new ergonomics that is easier to use with one hand. 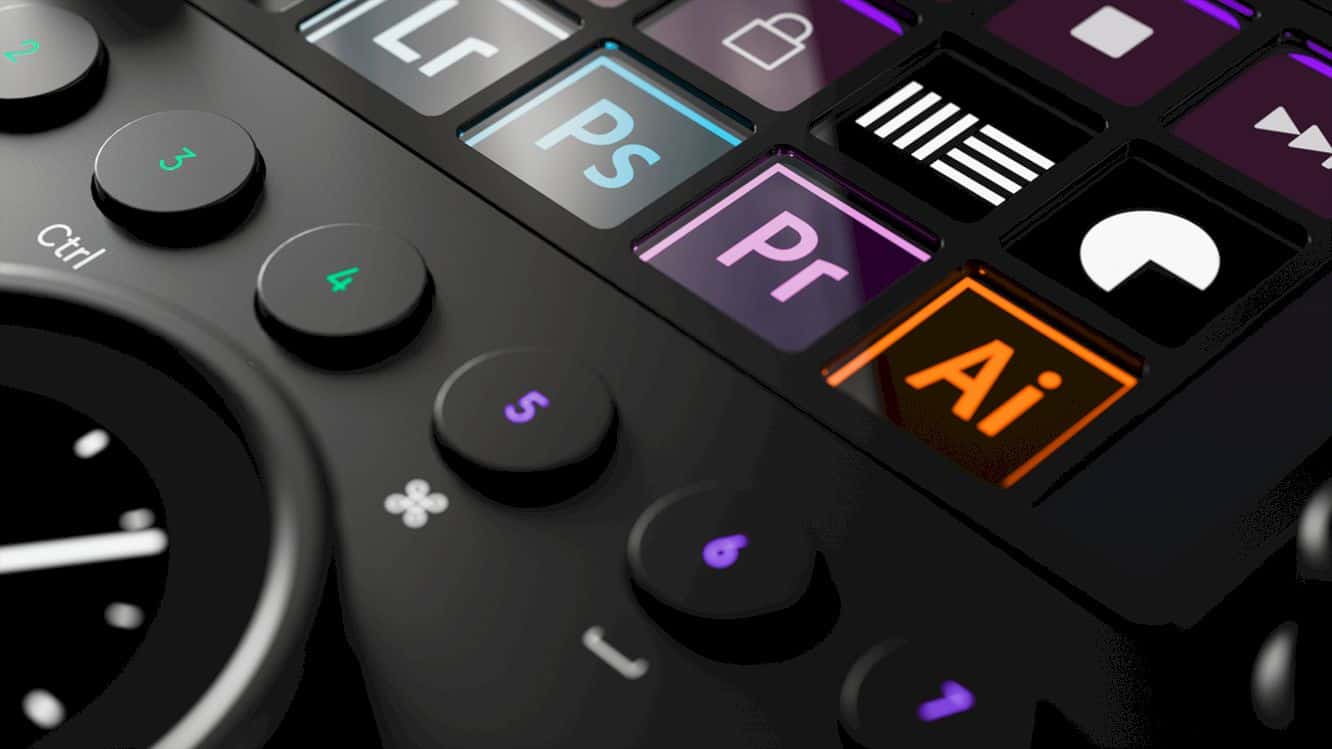 On this console, in addition to 6 clickable dials and 20 buttons, a central touch and configurable dial as well as a touch screen that displays 12 color dials with configurable functions. The console, in square format, measures 160 x 150 x 30 mm and weighs 365 g. It is compatible with Windows 10 and macOS 10.12 (or later).

In the Loupedeck CT interface, the main physical buttons (square and round) offer the same functions regardless of the application. Then, touch buttons via the LED screen, dials, and the main wheel let the users control application-specific options. 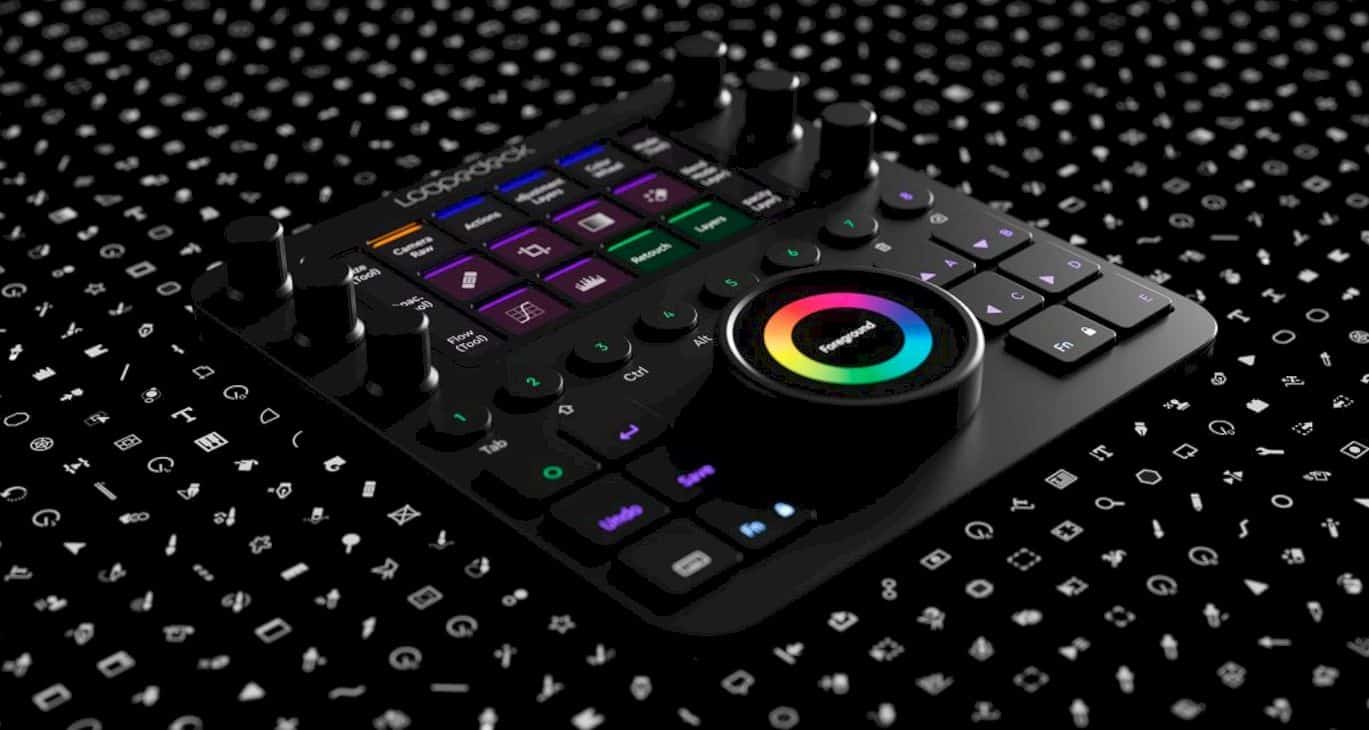 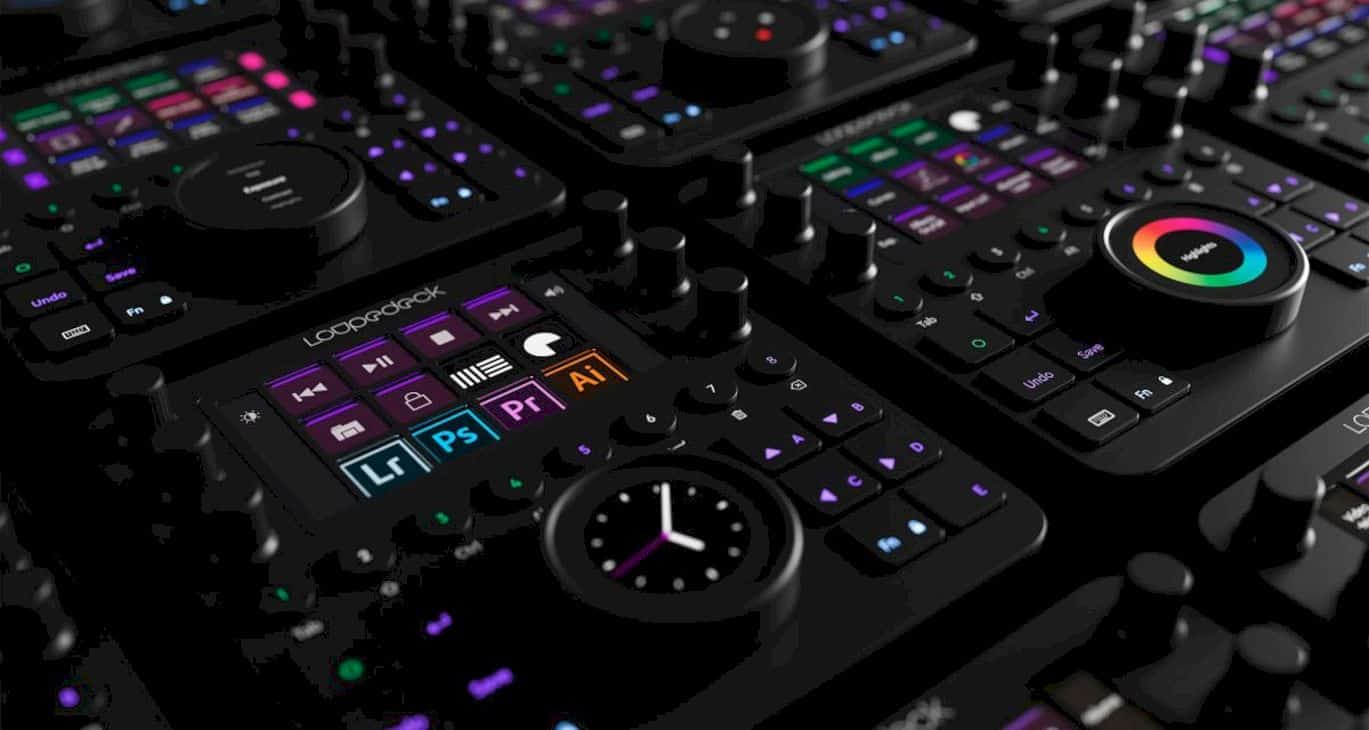 The mechanical keys have an LED backlight to use the console in a dark light environment and offer a slight geeky look with a few colors, appreciated by some creatives.

Loupedeck has also learned from previous experience by offering a removable USB cable instead of a cable soldered to the console, which makes it easier to transport and allows the users to use another cable, longer or shorter if necessary. 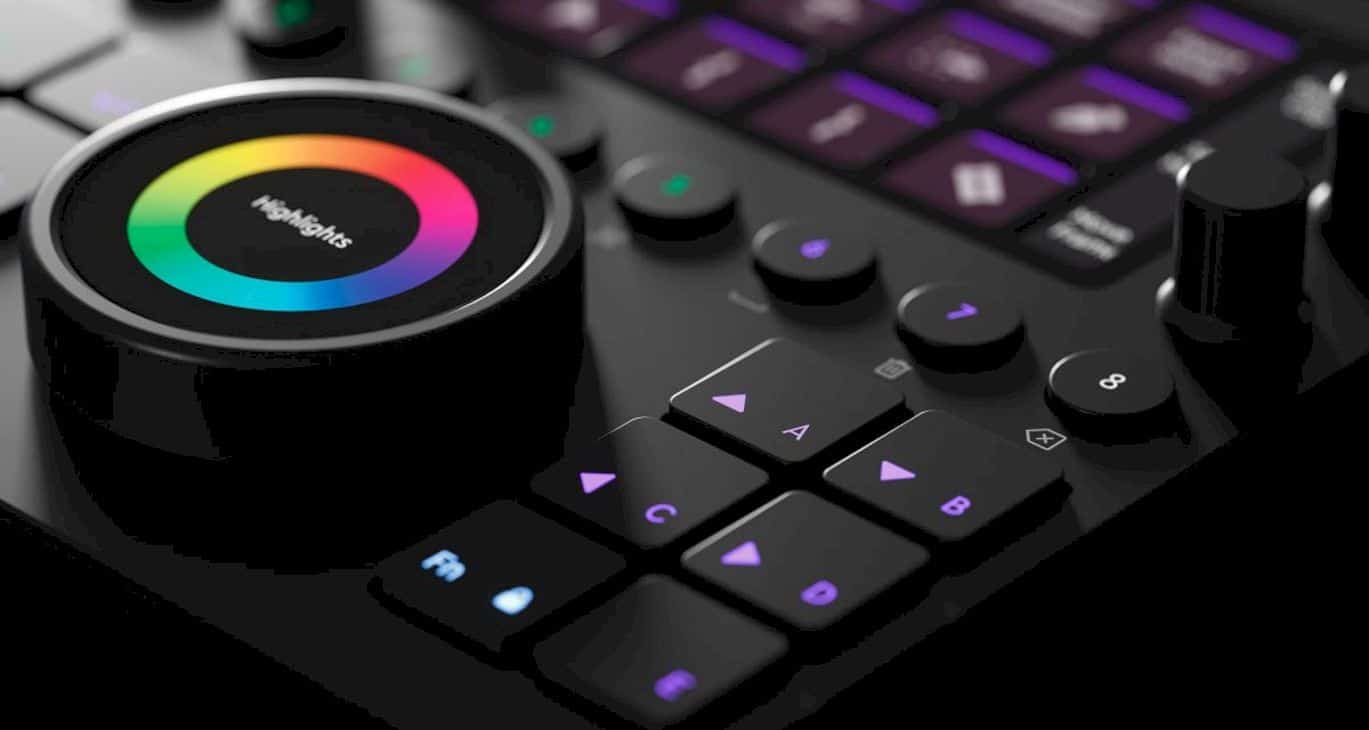 The objective of the Loupedeck CT is to allow each creative to configure the console to adapt it to their workflow, hence the strong presence of the touch screen in the configurable areas. 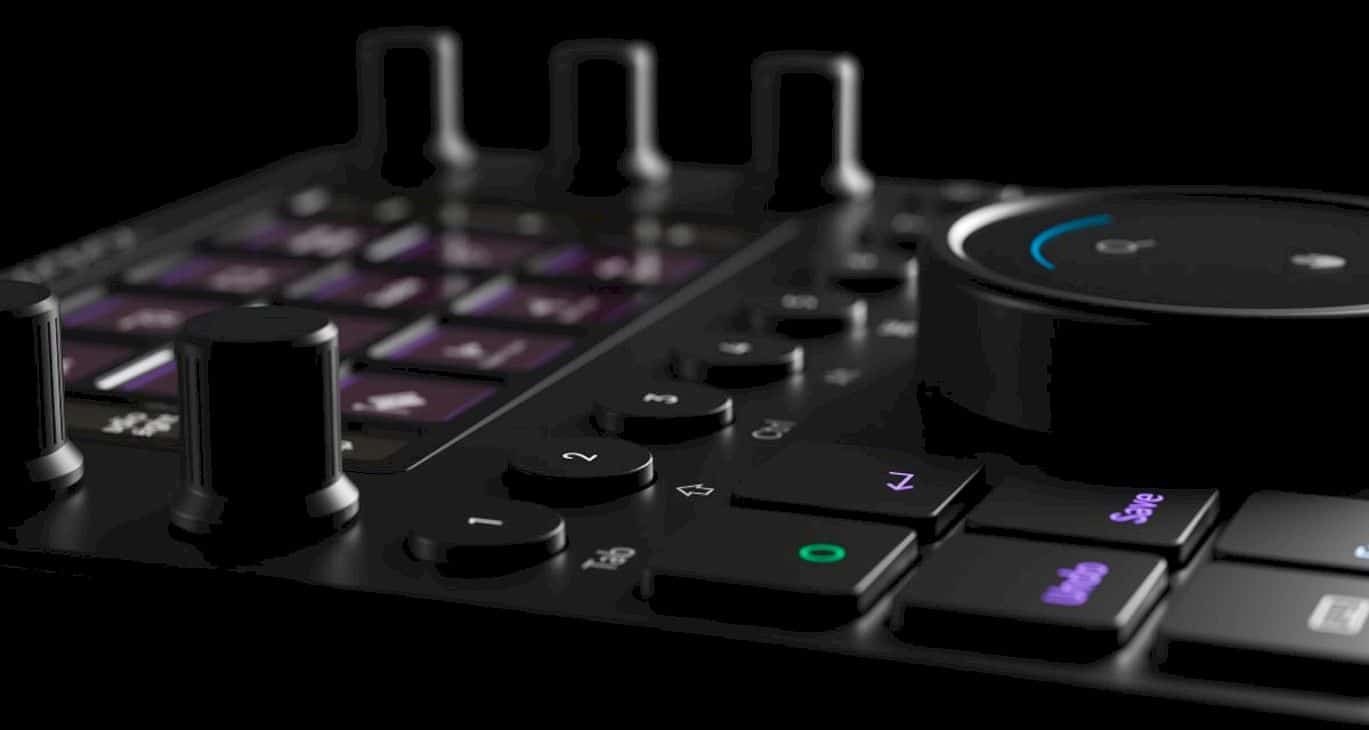 The console works with a series of predefined workspaces for each software. For example, in Photoshop, the console gives access to the Camera RAW tool, cropping, contour lines, correction tool, actions, etc. but it is possible to configure.

The workspace options are accessible on the screen and the main wheel. The main wheel can, for example, serve as a color wheel for precise editing of colorimetry in a video montage and it would seem that many different uses are planned for advanced modularity. 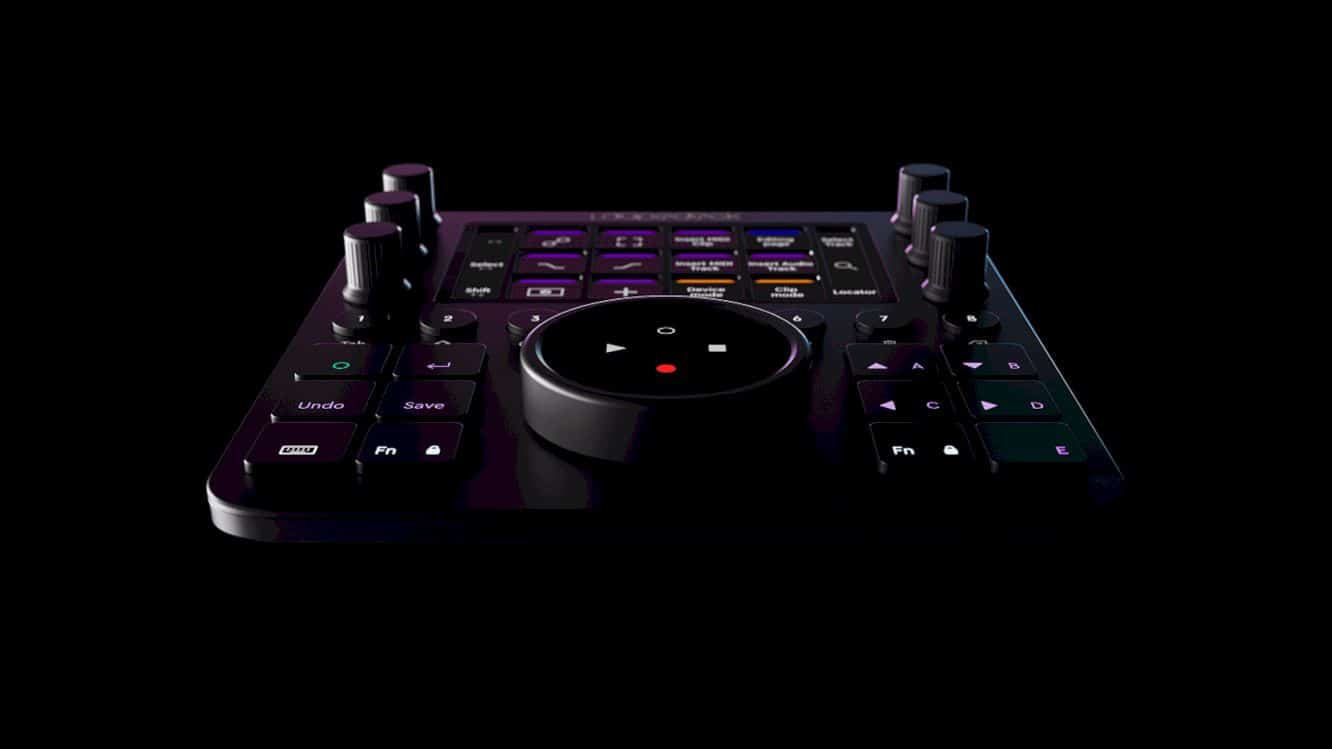 When the users change the application, the workspaces are automatically adapted to the new application in the foreground. It is possible to create several workspaces for the scroll wheels, by scrolling through the functions specific to each scroll wheel on the touch area located on either side of the color touch screen. 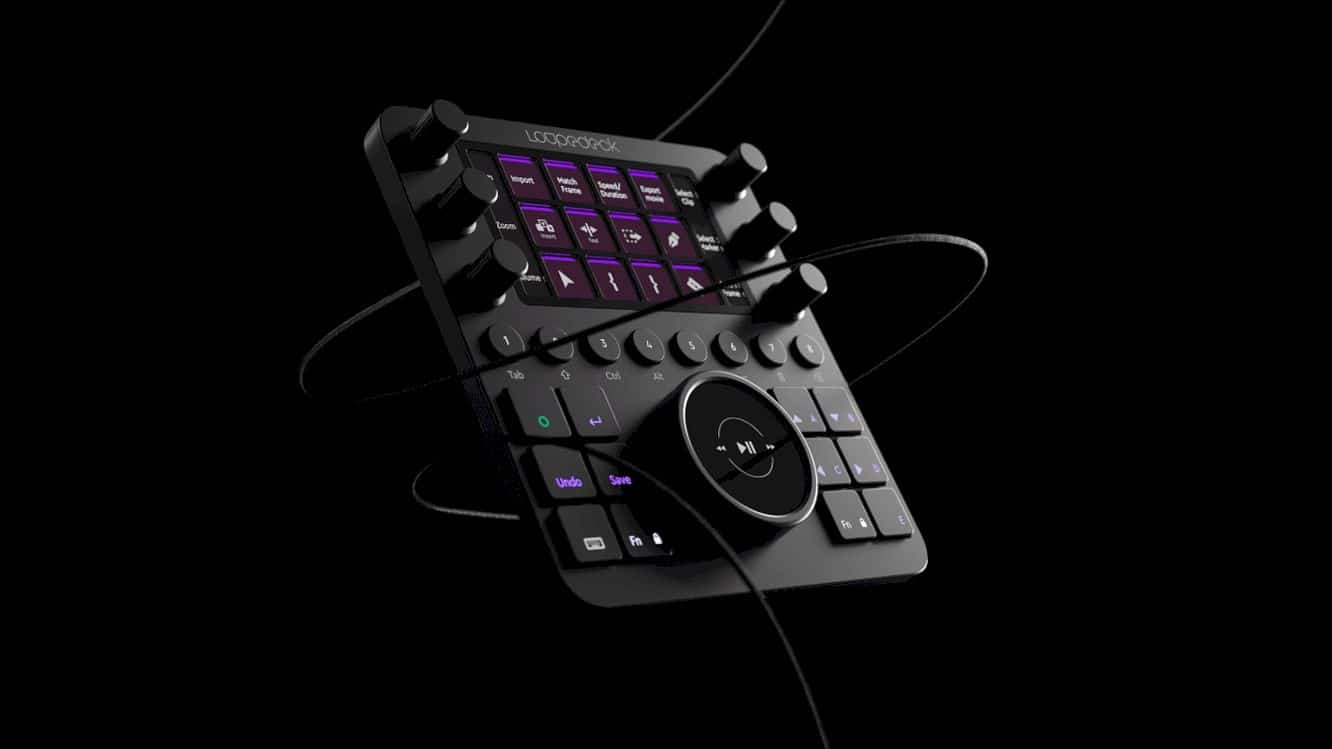 The customization parameters of the Loypedeck CT are very advanced and should offer the depth and the adjustments expected by even the pickiest creatives. The console is marketed for $555 (€499) and is available through its official website.