Imagine by Kia: Capturing the Heart and Making It Beat

The resilience of the Ford Bronco as a pickup car has been well-known since 50 years ago when it won the Baja 1000 offroad competition in 1969. Ahead of the re-presentation of the All-New Broco by ‘Blue Oval’ manufacturing, a modern replica version of the Bronco R race prototype was displayed. 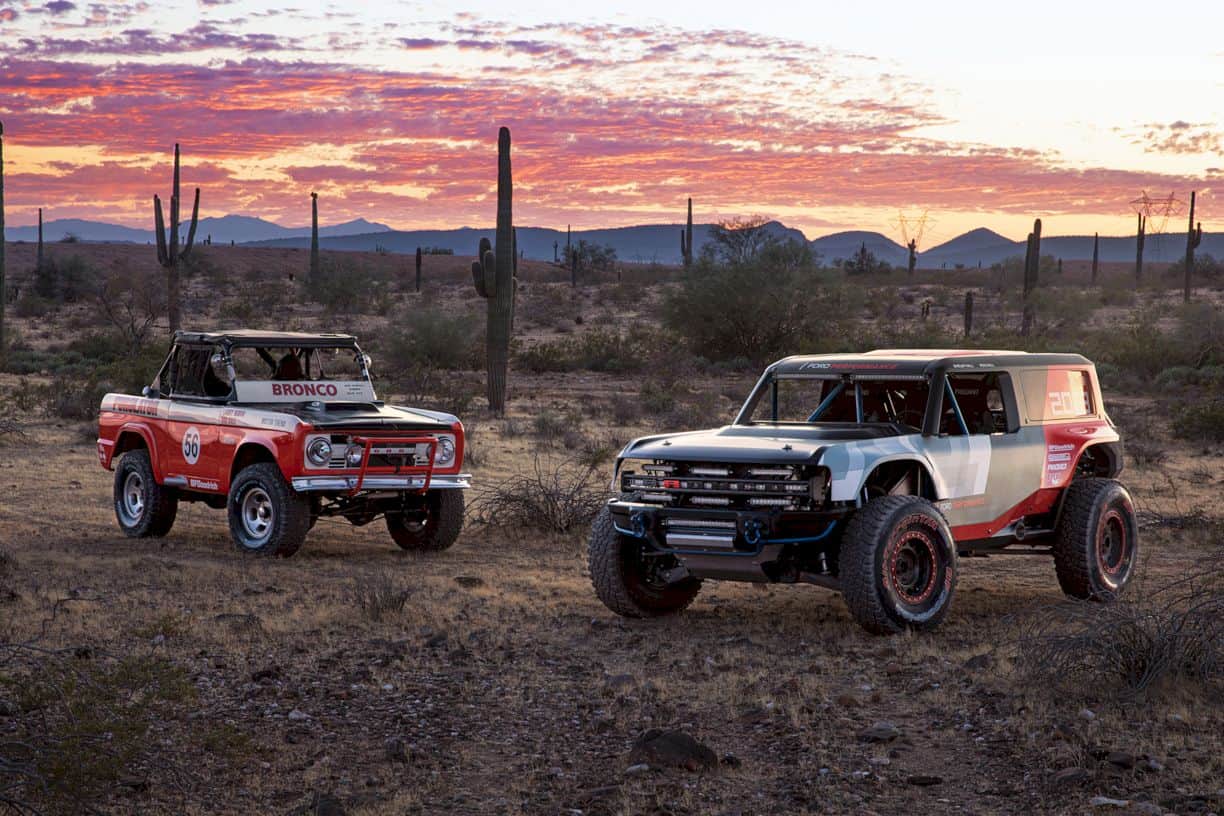 The Ford Bronco R was also tested in which the Bronco won Steel half a century ago with a mileage of more than 1,600 km through ferocious offroad terrain. The test was to at the same time test the ability of the latest Bronco engine and design.

Challenging endurance racing is a part of Bronco’s history. Baja 1000 gave the company not just a triumph of pride for Rod Hall, but also made a real test site to show the capabilities and durability of the Bronco desert racing car. 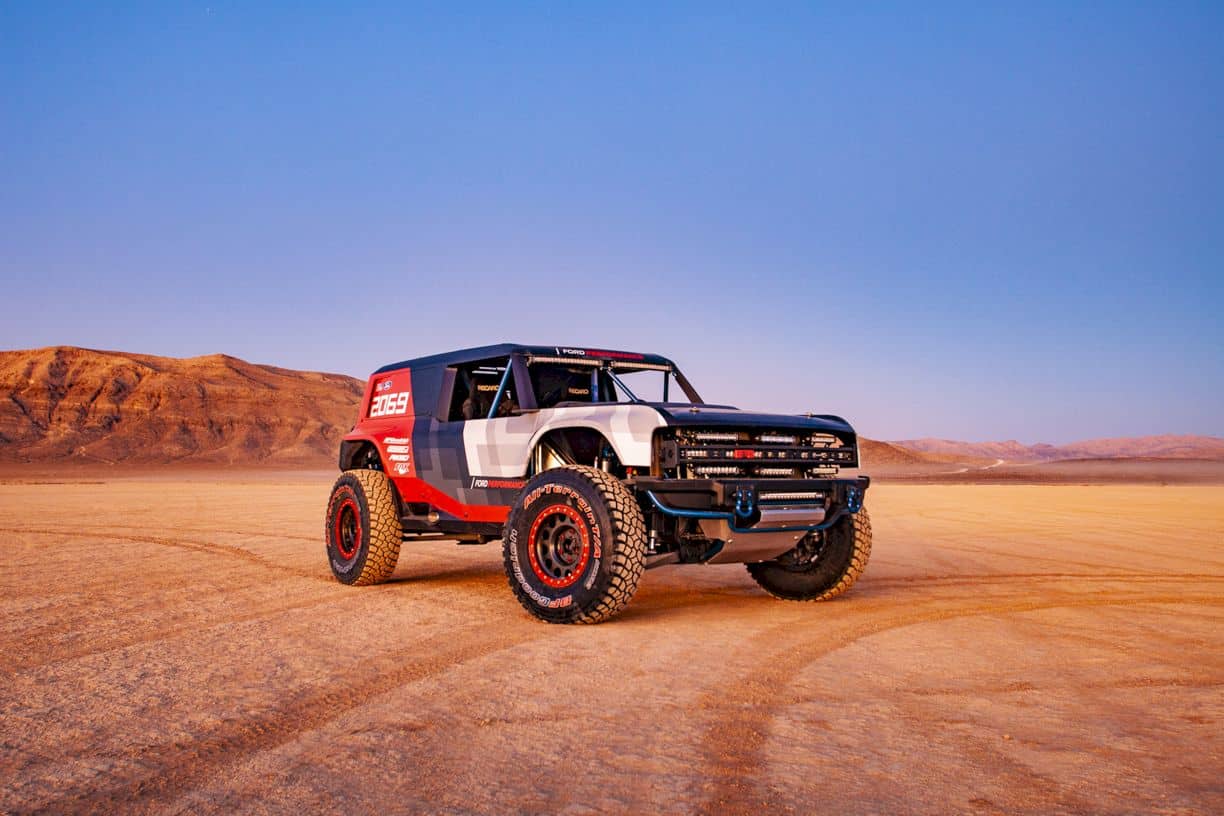 Paul Wraith as Bronco Chief Designer responsible for presenting the latest Bronco R desert racing car since last July. It still carries the aura of the old Bronco even though its posture is longer and wider.

Paul and his team are focused so that their appearance and abilities can overcome all obstacles. It does look dominant in the high posture with the distance playing the main suspension, super wide bronco R hangar is aerated with aerodynamic components to support performance. 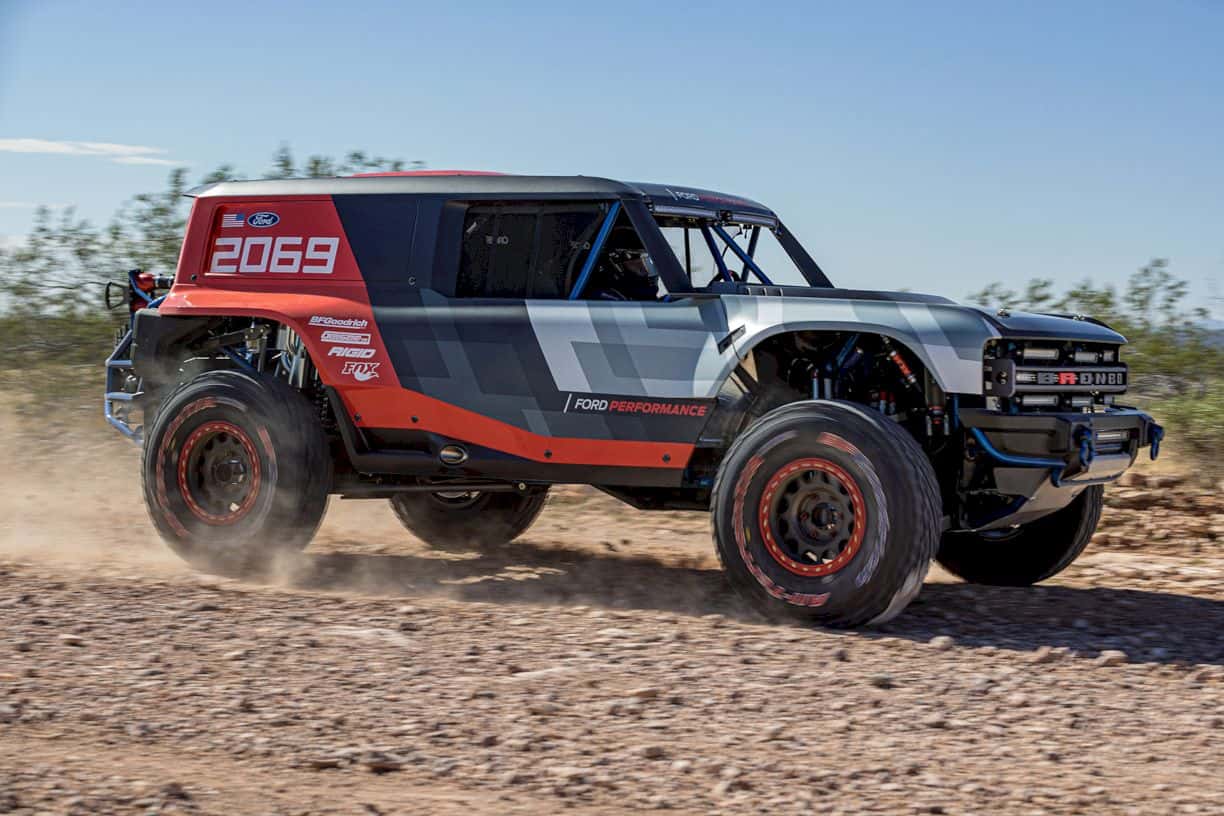 Lightweight composite prototype body mounted on the hood and roof. The roof design is cut in half allowing the driver to access through the second row. The lighting relied on 15 LED rigid rods from Rigid decorated with BRONCO writing on the grill, while the “R” graphic appeared attractive. 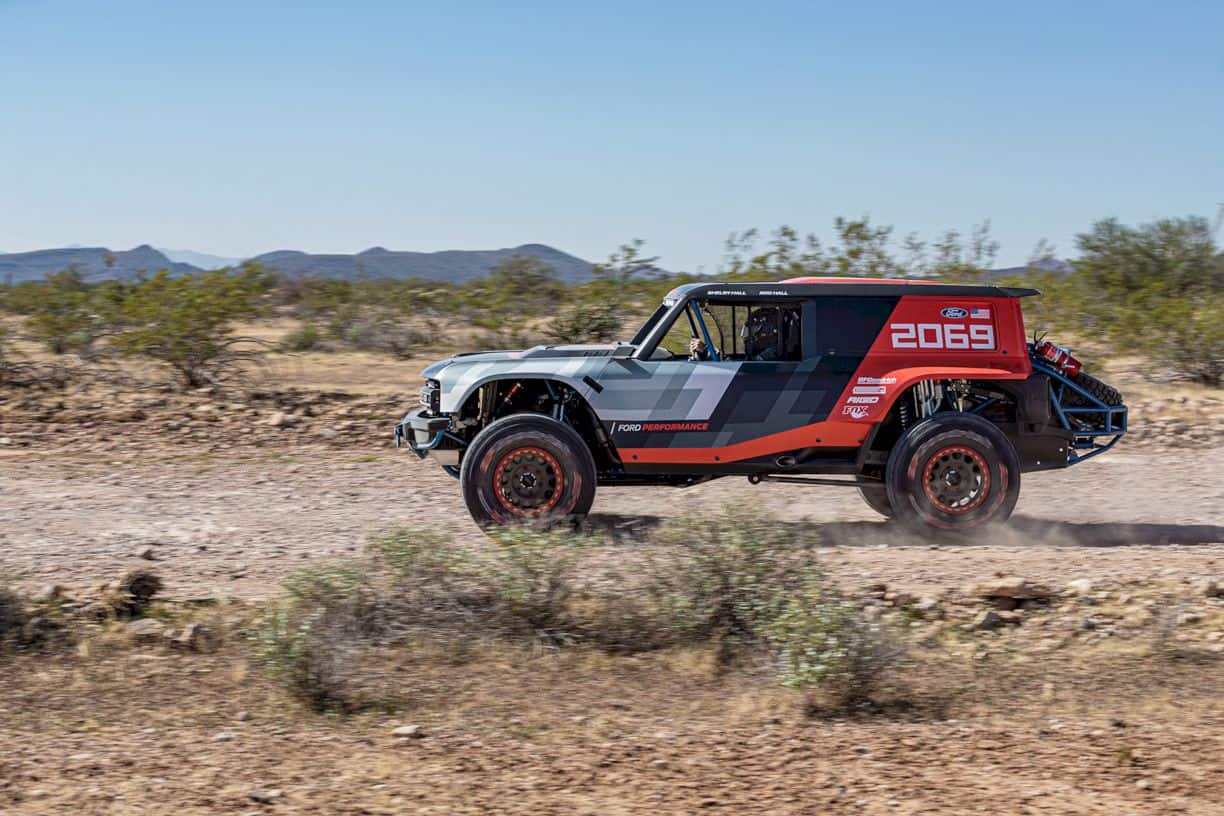 Focusing on the theme of racing cars, the interior uses lightweight materials, one of which is Recaro seats for three passengers. Plus the MoTeC system for monitoring real-time performance of the car.

There is a number “2069” on the Bronco R, this number marks the car in class “20” and “69” is a tribute in which the year of Hall and Minor victory in the Mexican International Baja 1000. 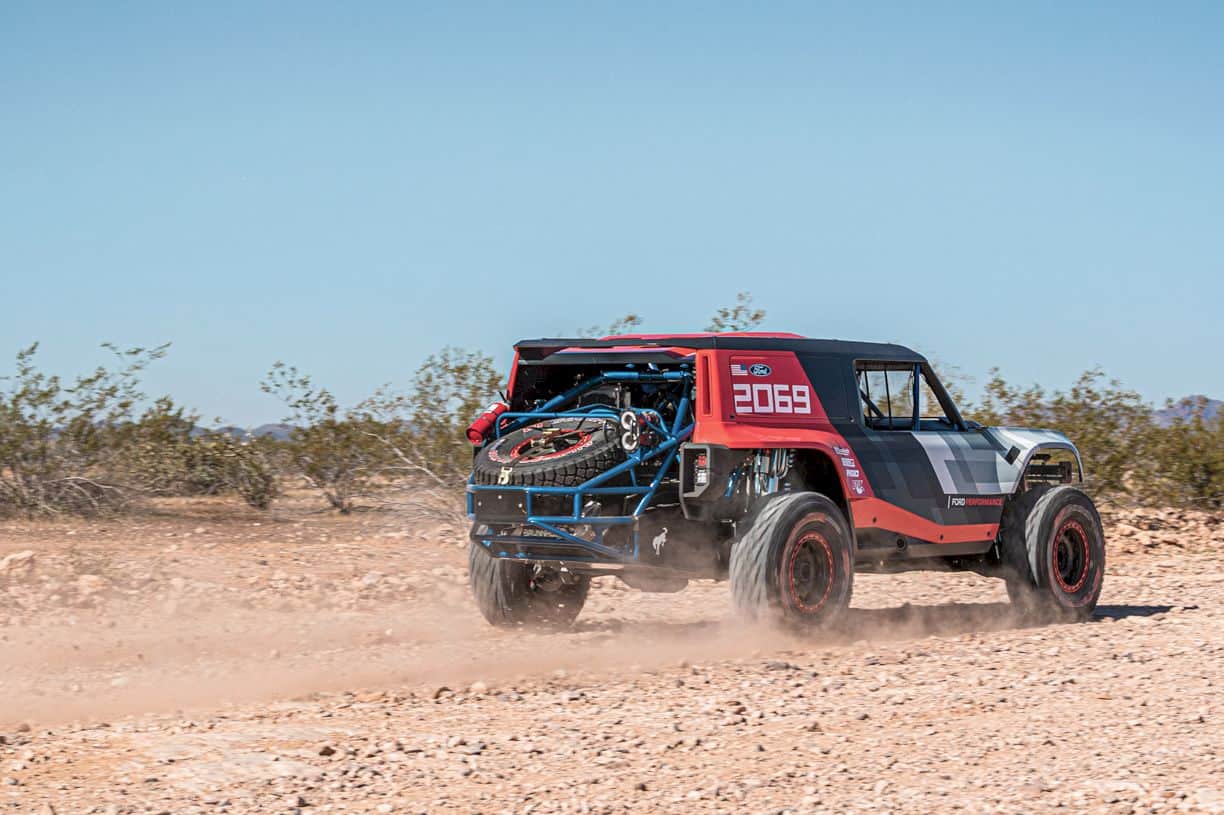 As for the engine, the latest generation Ford Bronco R prototype is offered in two engine variants, namely the 2.3-liter twin-turbo capacity, the 4-cylinder EcoBoost which is capable of driving 270 hp with 420 Nm of torque.

Ford Bronco V6’s second engine is 2.7 liters, twin-turbo EcoBoost which is capable of producing 325 hp with a maximum torque of 542 Nm. 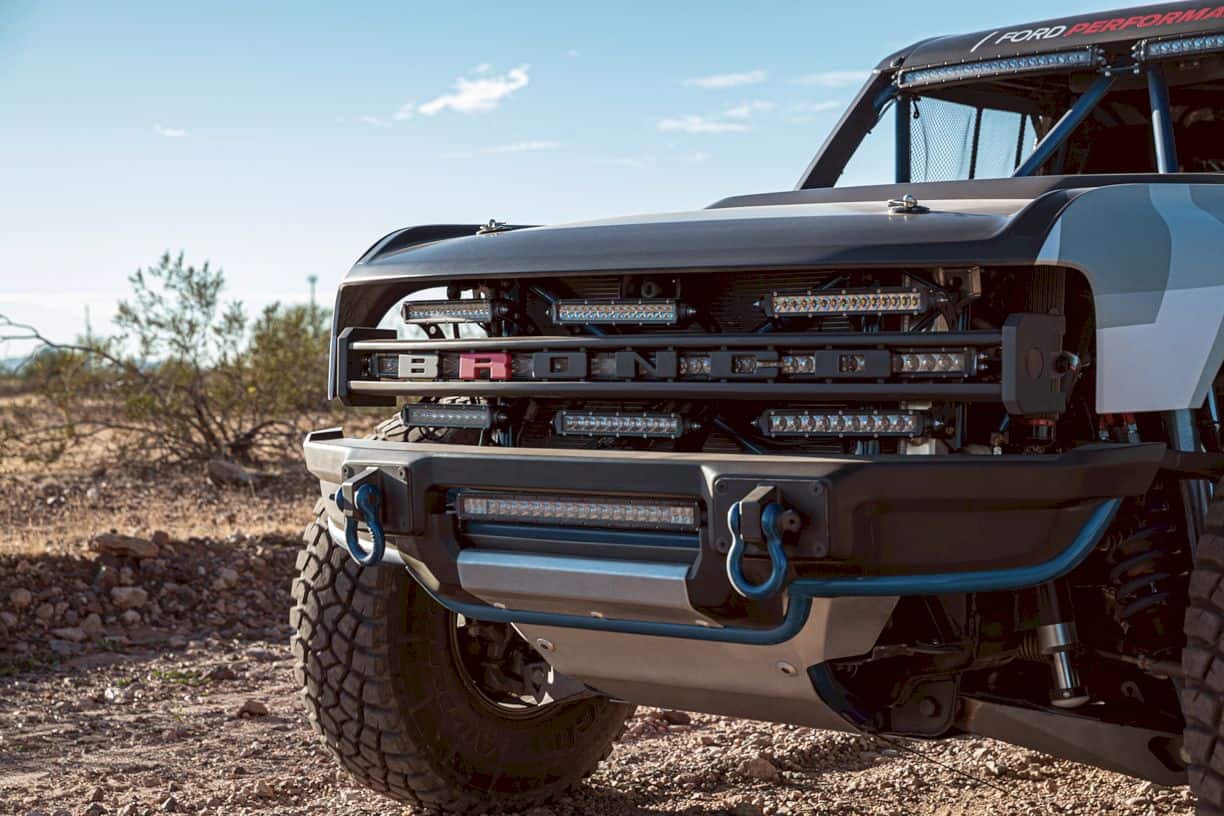 The Bronco R race prototype was made from a Ford T6 design that would become the base for its production car.

Made tougher for Steel, the Bronco R is fitted with an independent suspension with a 14-inch range and a five-link rear chassis with an 18-inch playing distance plus a modified Fox suspension, aluminum Beadlock rims and wrapped in 37-inch BFGoodrich tires. 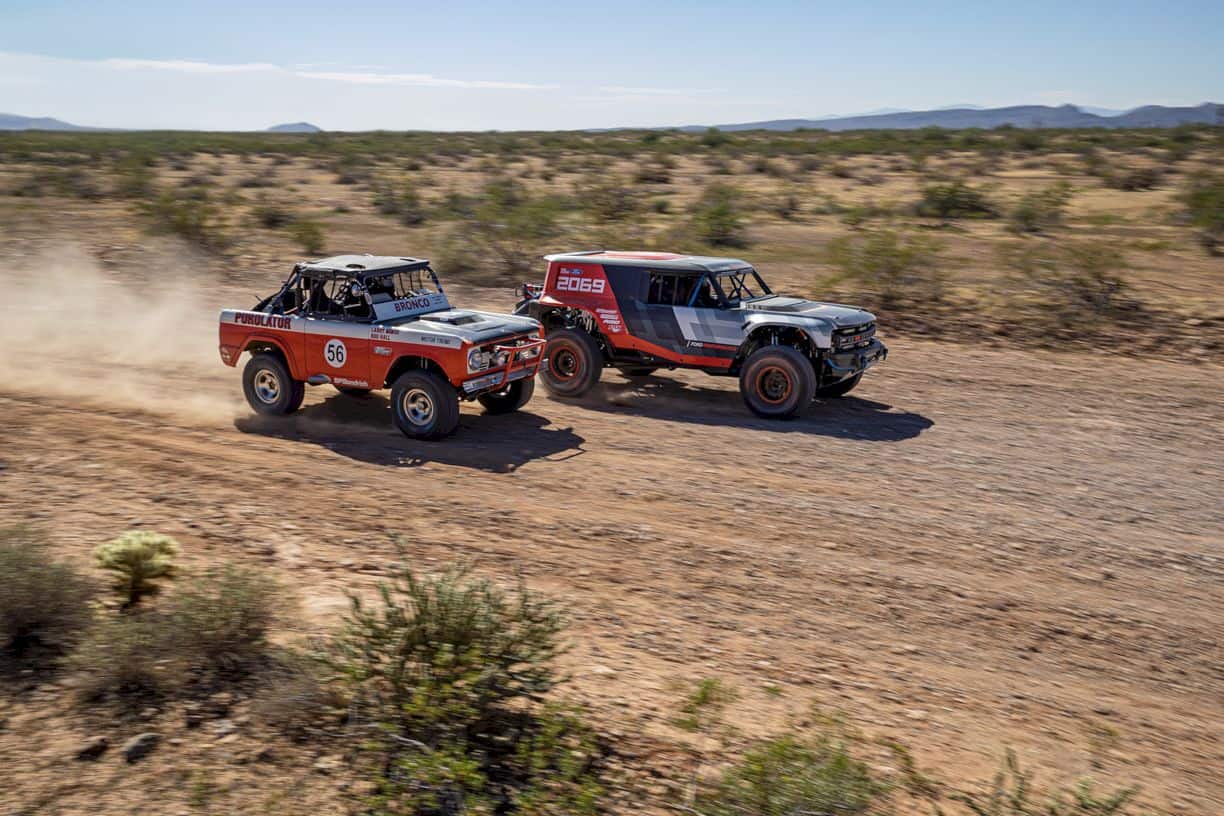 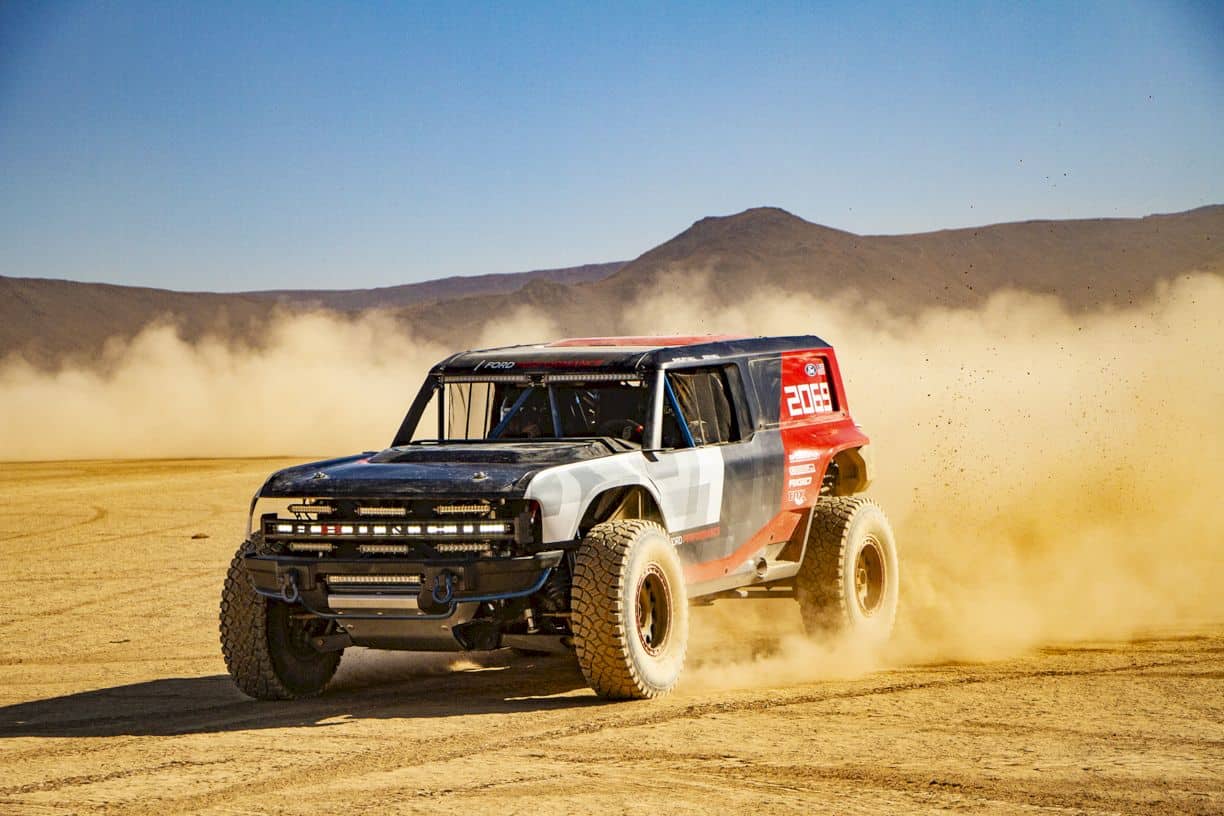 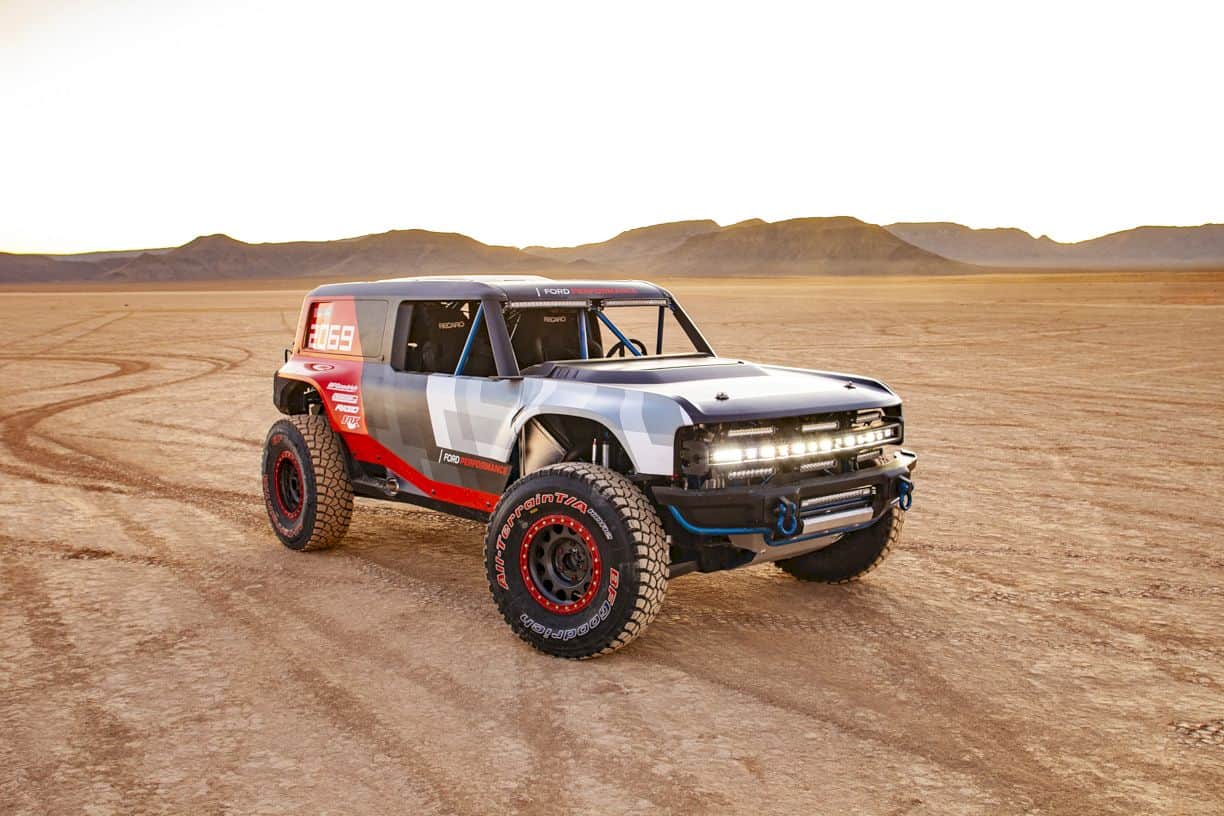 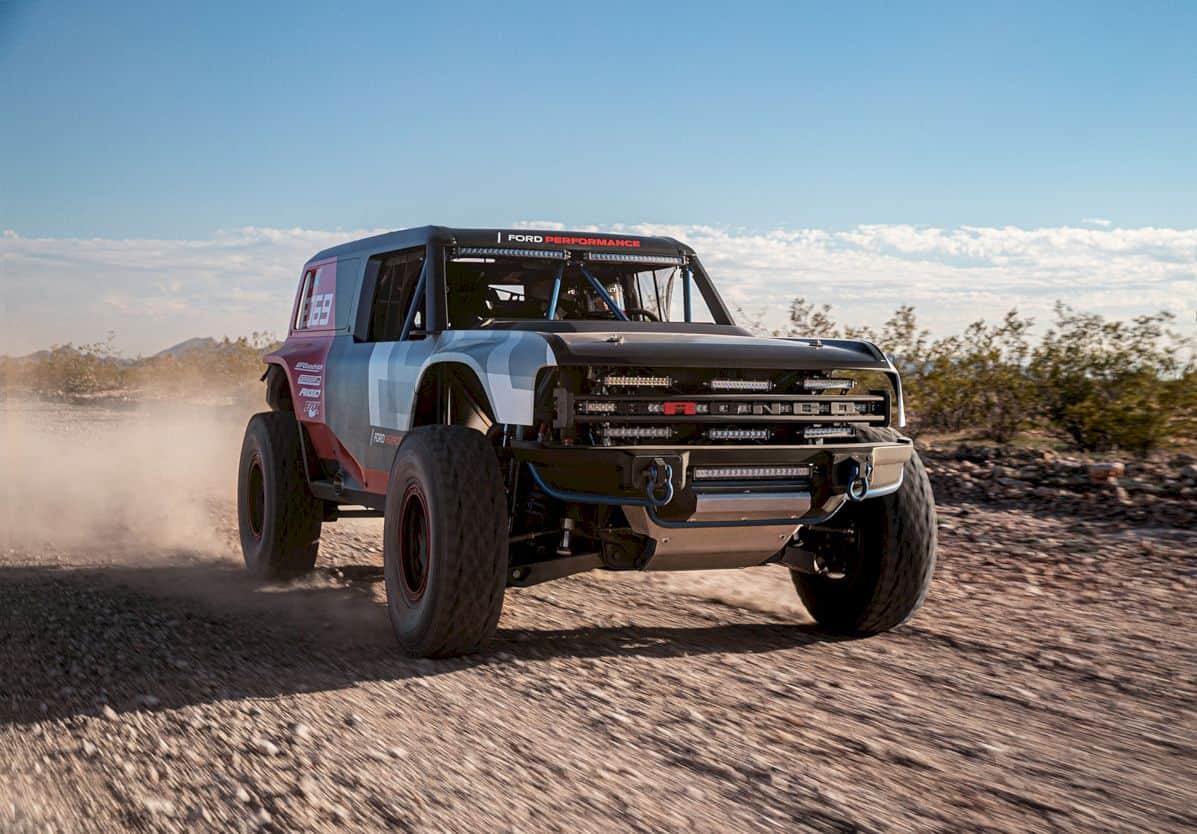 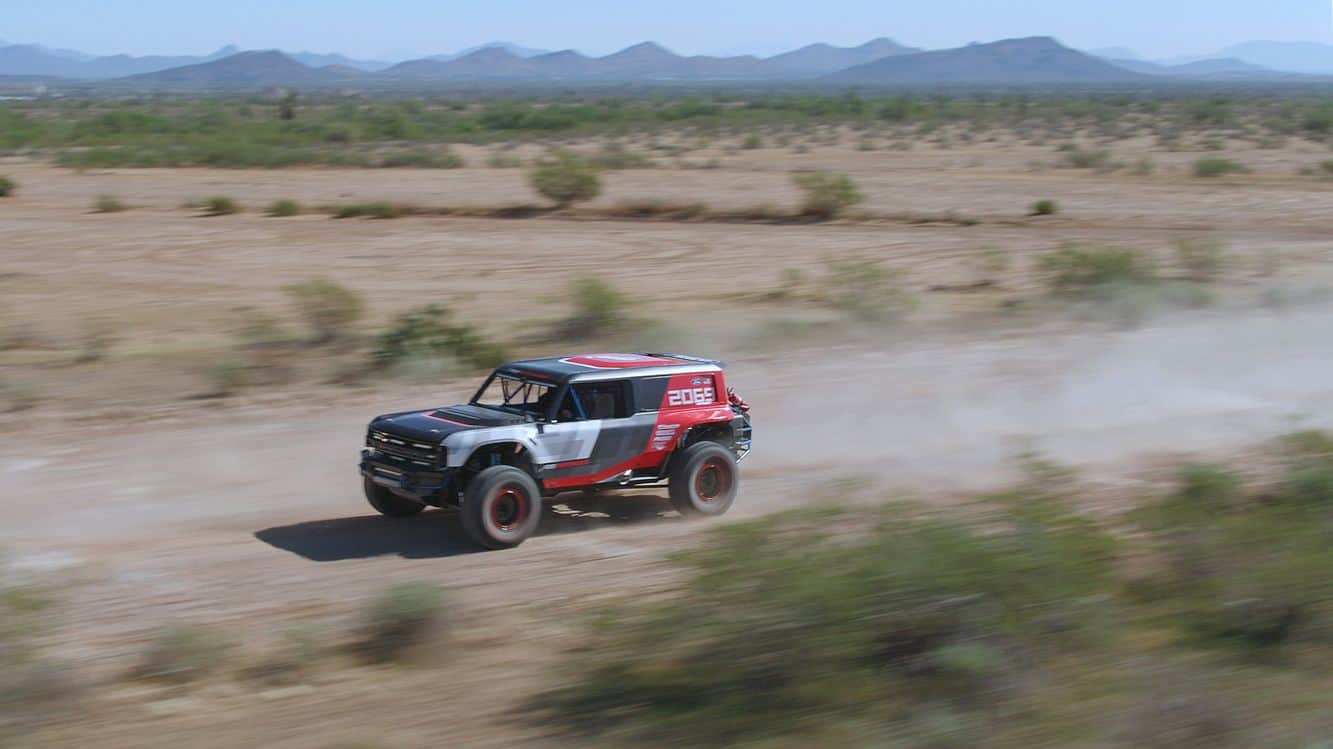