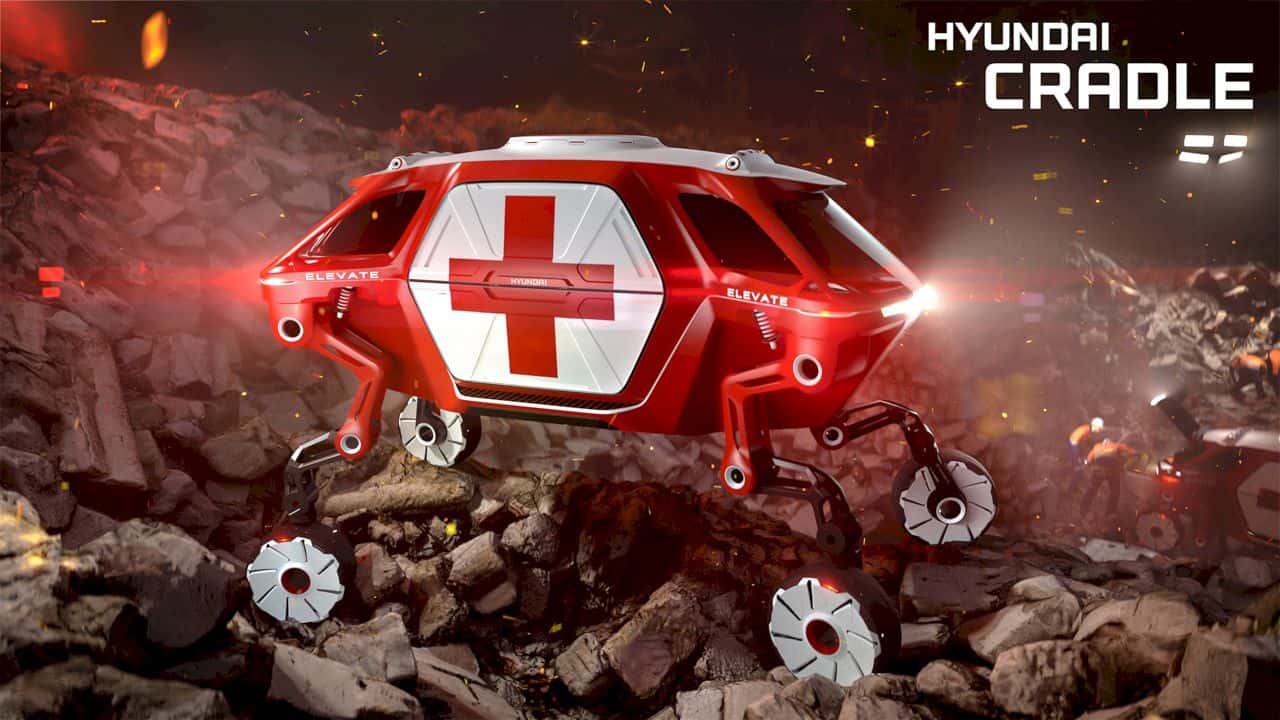 Different from traditional cars, the concept design has four wheels but can run on a ‘long leg’ which allows this car to travel around very dangerous terrain. Hyundai only released a rendering computer version of the Cradle Concept for now, with a full prototype debut being made at CES. 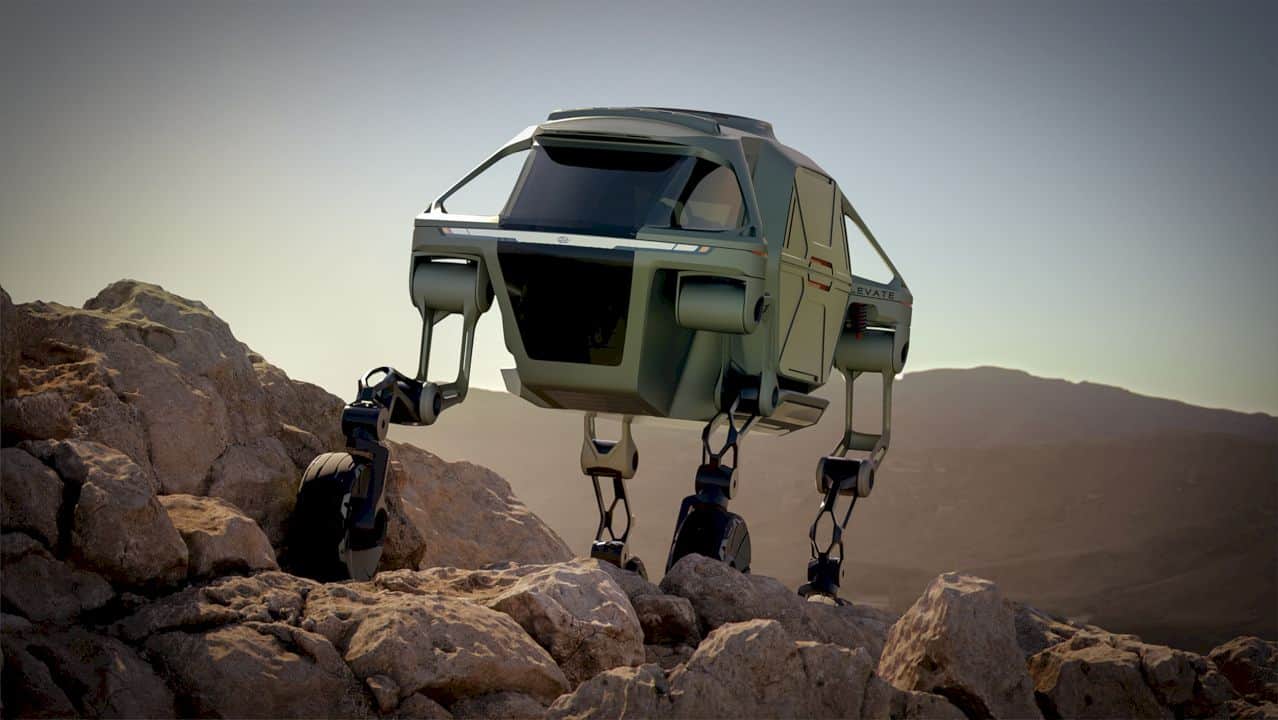 With a relatively thin body providing enough space to load a stretcher in it. There is a hole in the side to offer an alternative way to the cabin because there are no doors visible on the vehicle.

“By combining the power of robotics with Hyundai’s latest EV technology, Elevate has the ability to take people where no car has been before, and redefine our perception of vehicular freedom,”  – David Byron, design manager. 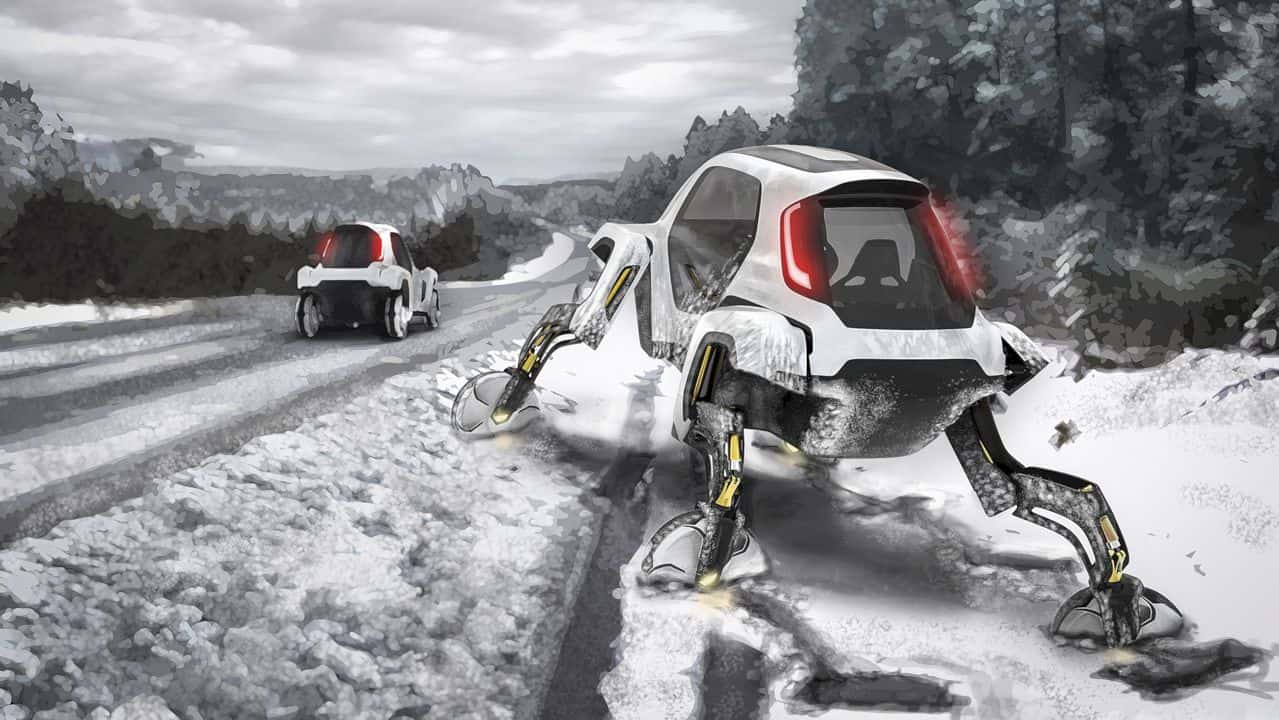 The wheel mounted to the foot can be extended, allowing Cradle to increase its height significantly to overcome obstacles. While the tires don’t have a lot of footprints, it raises the question of how much traction Cradle has on the road. 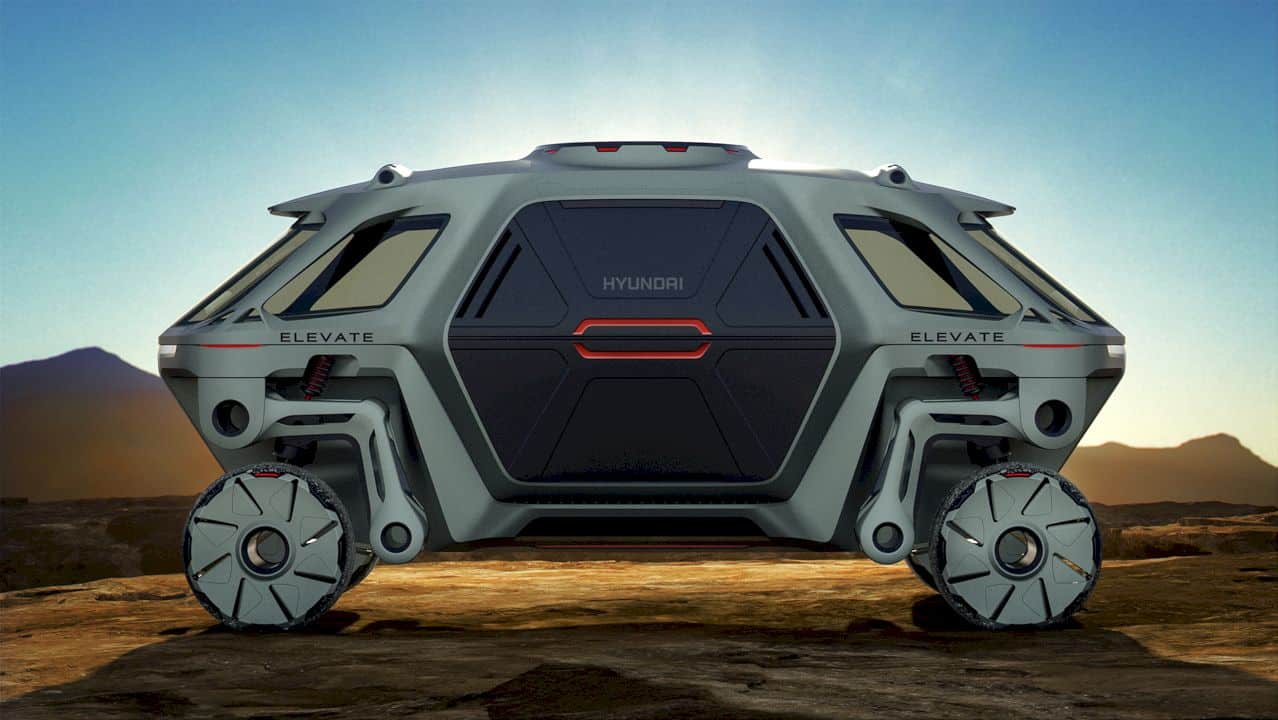 The company claims this machine is capable of driving, walking, even climbing through the help of robots. It is still unknown how the driver controls this car by maneuvering on all four legs and turning to drive the wheel. 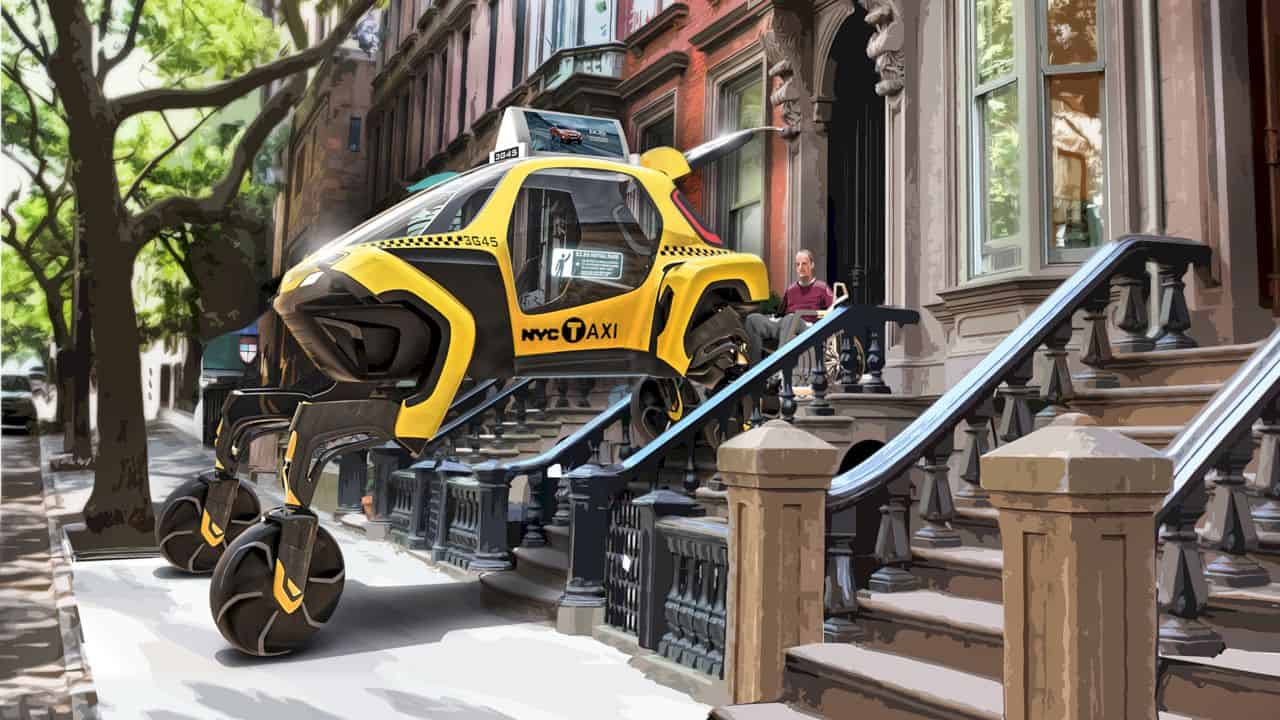 Hyundai said Elevate was a new vehicle category called Hyundai as the Ultimate Mobility Vehicle, or UMV. It is worth watching whether Hyundai will make this car for production or only attract attention at the CES 2019 exhibition which is lively with strange and confusing designs.