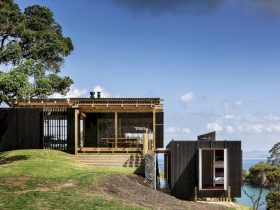 Imprint House is the remodeling and expansion project carried out by Anderson Architecture of a small house in Sydney, which increases its surface by 22% without reducing the footprint of the plot of only 140 m². 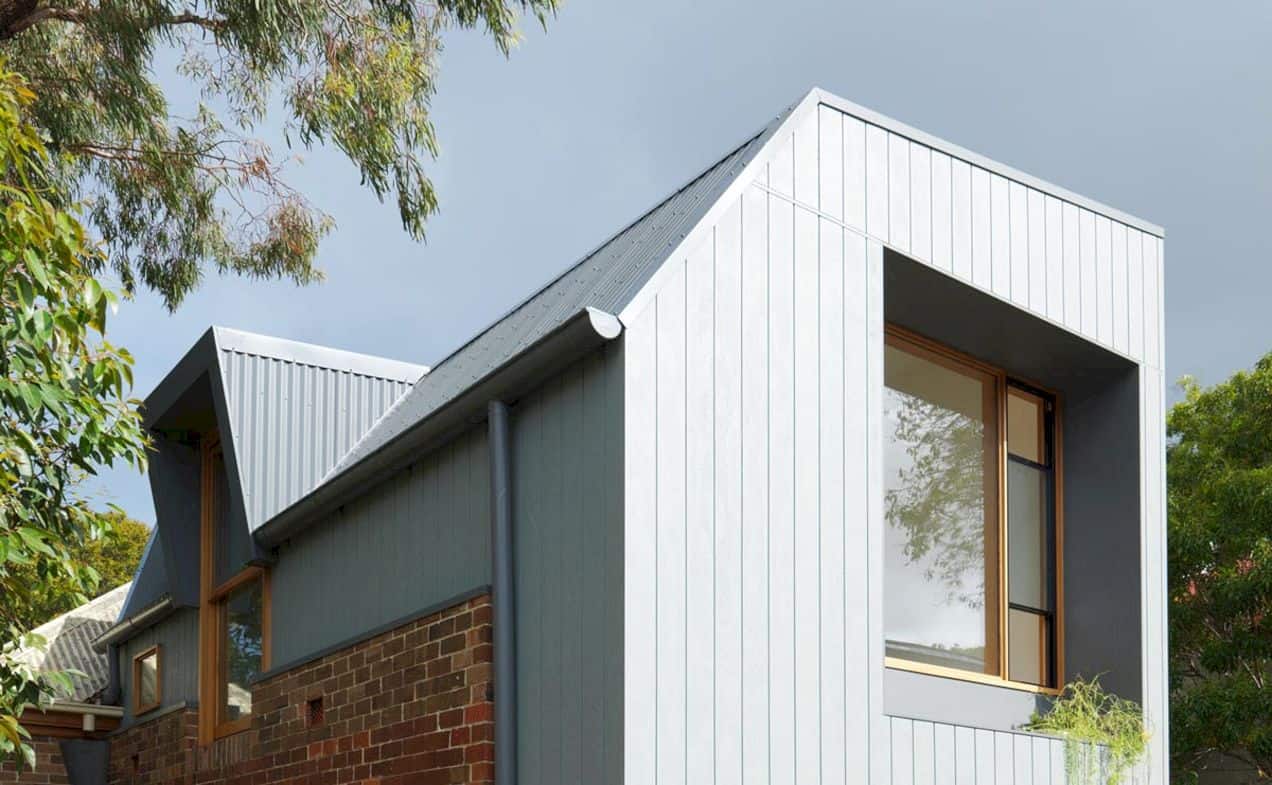 The house, belonging to a young family with a high awareness of sustainability issues, is located in a heritage environment, so the objective of the project is to make the most of the place, modifying the original building as little as possible. 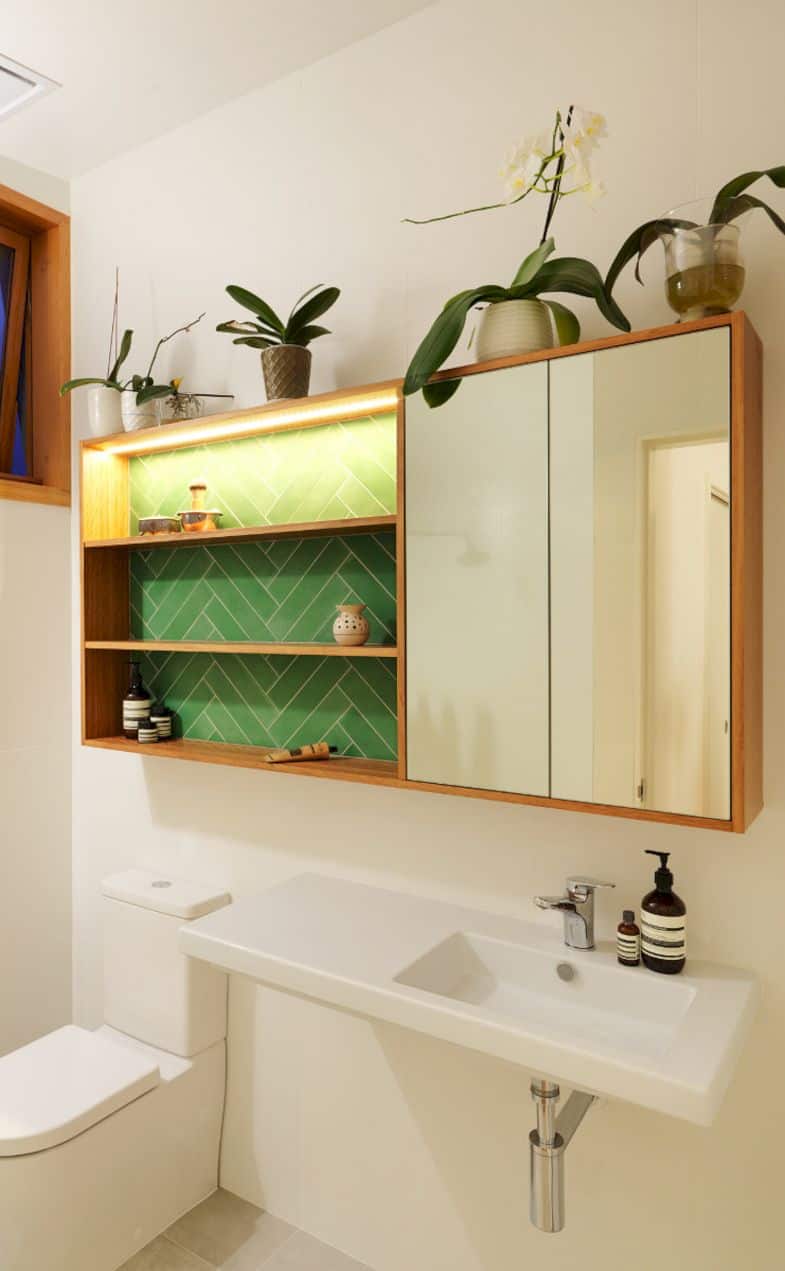 The strategy followed is based on relocating the living areas to the rear of the house, including a new bathroom, laundry, kitchen, and dining area, turning the spaces into the adjacent garden area through large sliding glass doors., establishing a new link between the interior and exterior. 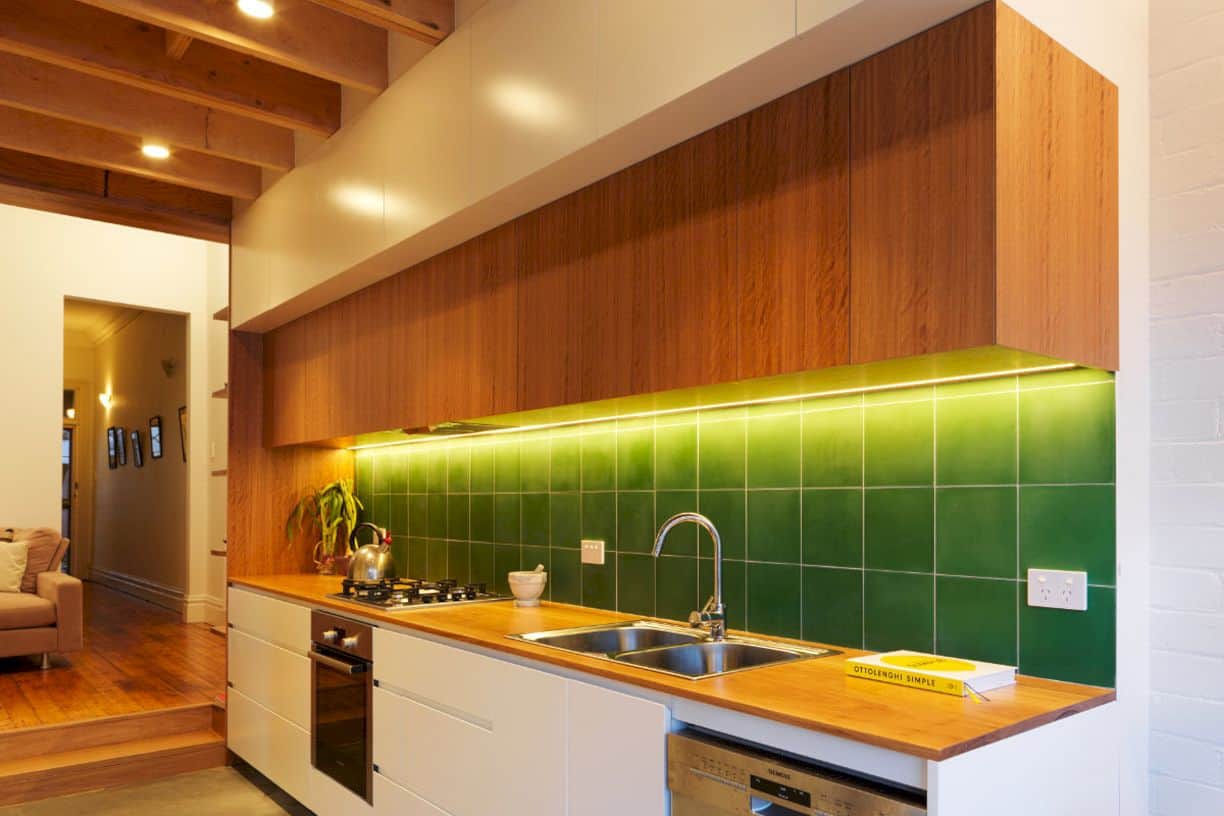 The intervention also adds a new floor to the upper part with the master bedroom with its private bathroom, which is accessed by a staircase attached to the facade, with a wood and steel design that allows it to be lightened in the central part, making its presence compatible with that of the vertical cut window hole located in the facade. 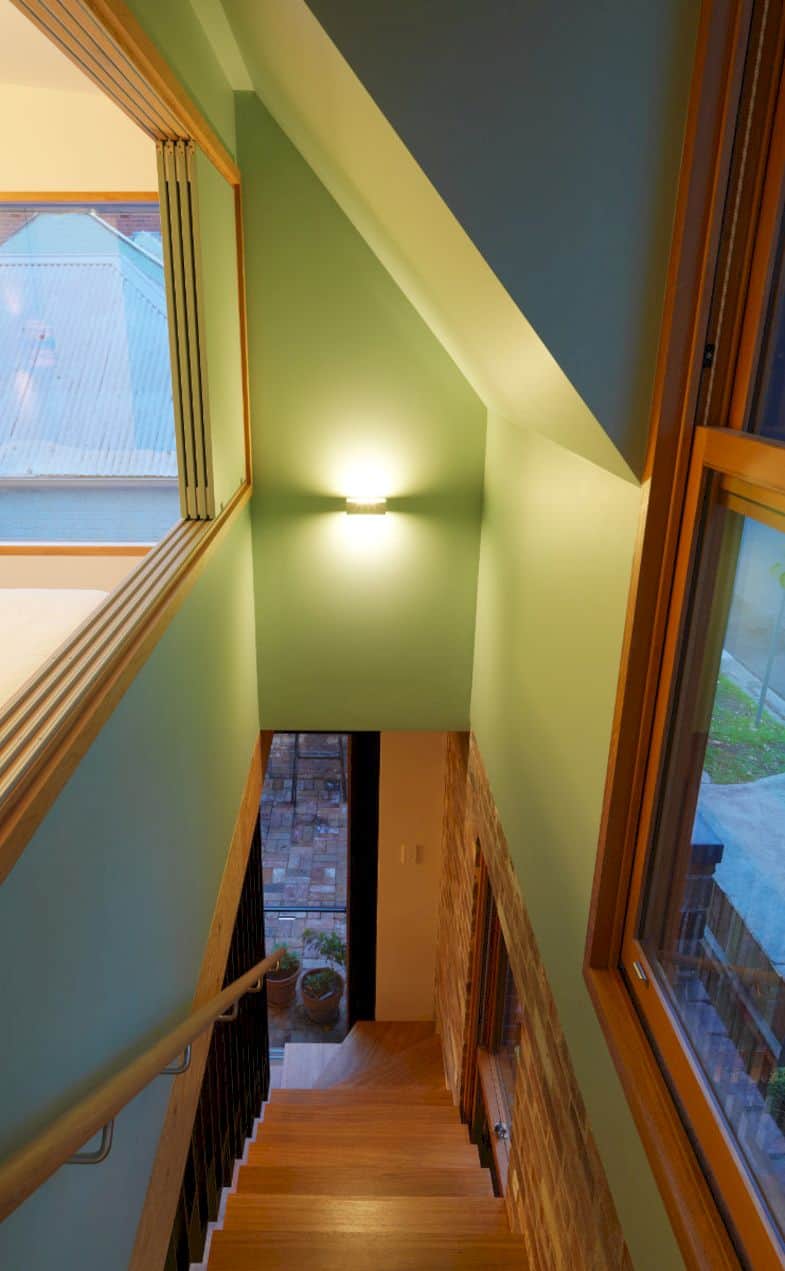 The bedroom has large windows, one of which faces the lower garden, while the other opening opens onto the access staircase, which has another vertical cut window made in the new addition to the façade, resolved with a sheet metal skin that is trimmed and rests in the old brickwork of the lower level. 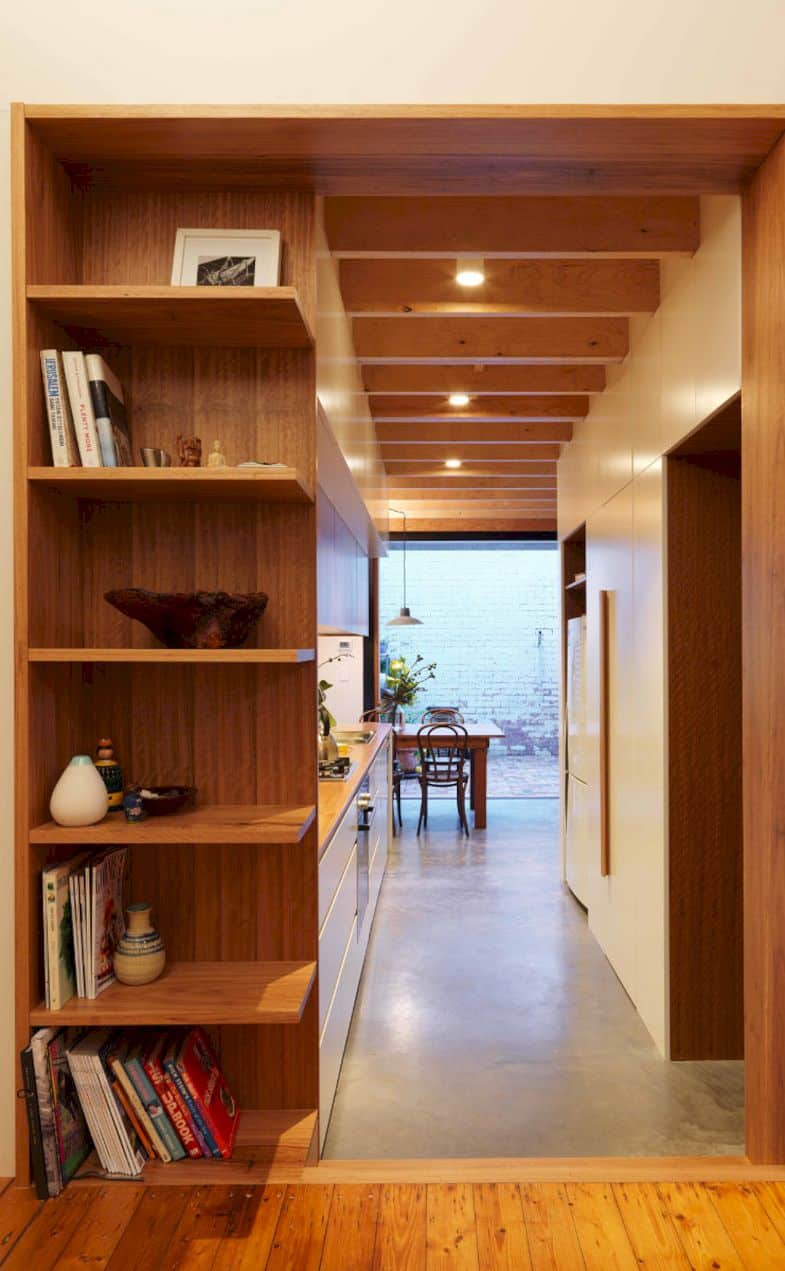 The clients’ sustainability ambitions are achieved with a passive design that makes the most of the west orientation of the house. First of all, the envelope is efficiently insulated and has double-glazed wooden frames, which reduce the energy demand of the building. 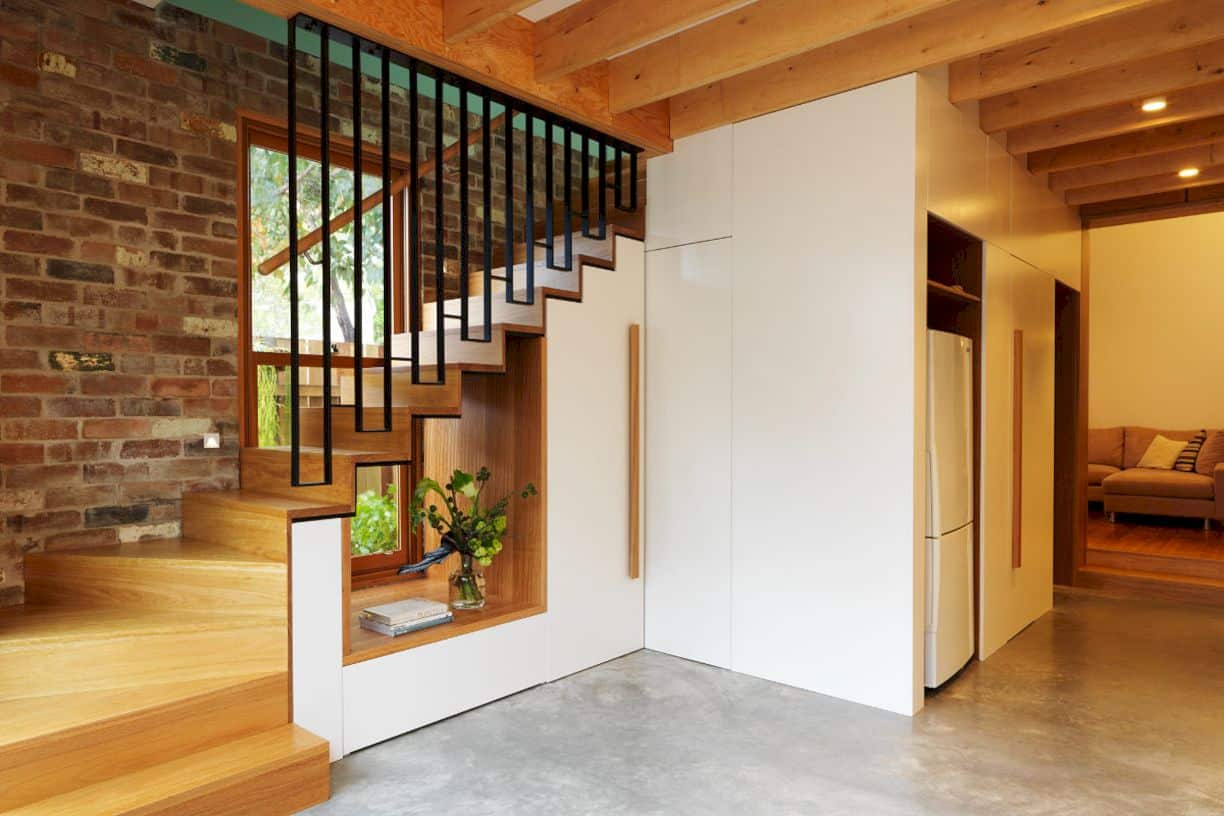 In addition, the use of energy-saving accessories and appliances allows the photovoltaic network installed on the sloping roof to meet the demand. 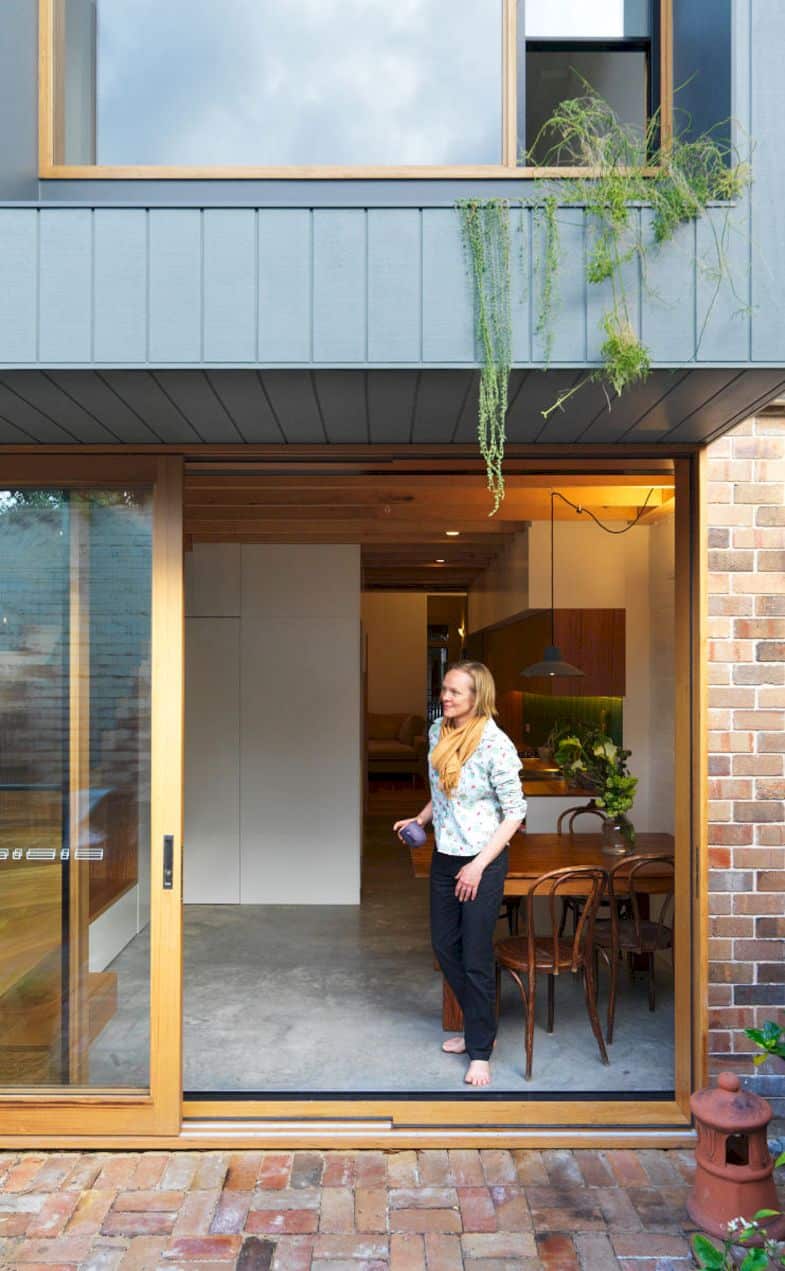 The new addition to the house has a polished concrete floor with great thermal inertia, which absorbs the heat of the solar radiation that penetrates in winter through the large windows, releasing it at night. 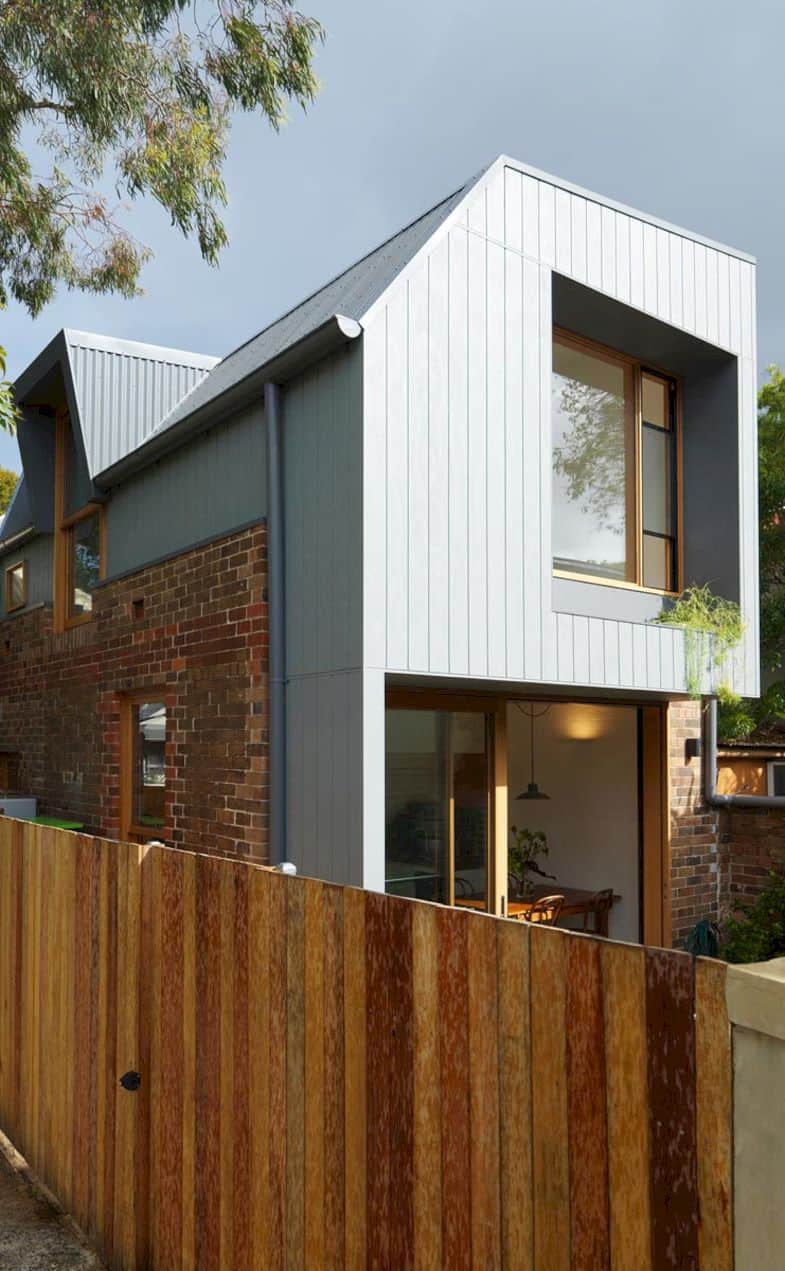 Likewise, it has hydronic heating pipes, a system that also supplies sanitary hot water through heat pumps hidden in the side corridor of the house. 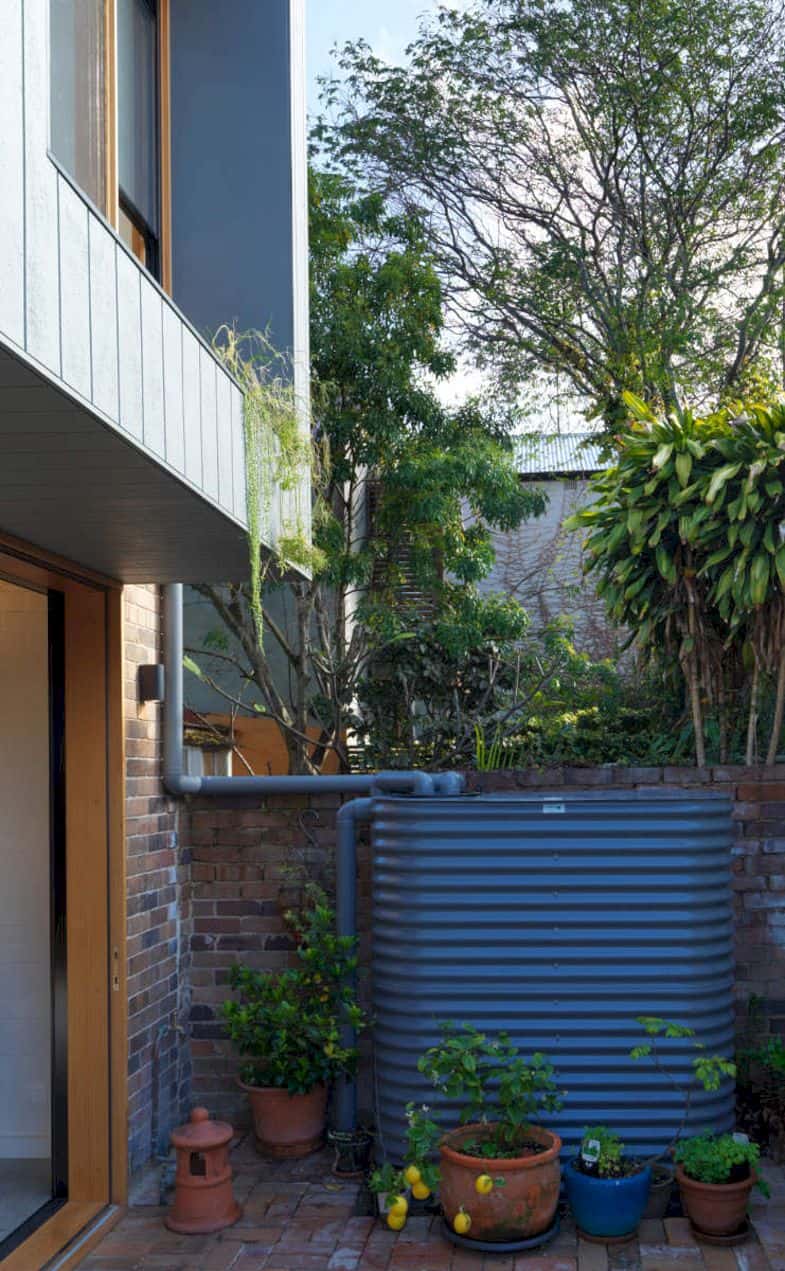 During the summer, passive cross-ventilation guarantees the cooling of the home, guaranteeing a comfortable temperature inside. The small landscaped patio accommodates a rainwater storage tank with a capacity of 2000 liters.