Razer Eracing Simulator Concept: Brace yourself for the test drive of your life

June is actually not a new product because the smart oven that is utilizing artificial intelligence (AI)  – to cook various food ingredients with perfect maturity, without too much interference from humans – has already launched on the market two years ago. 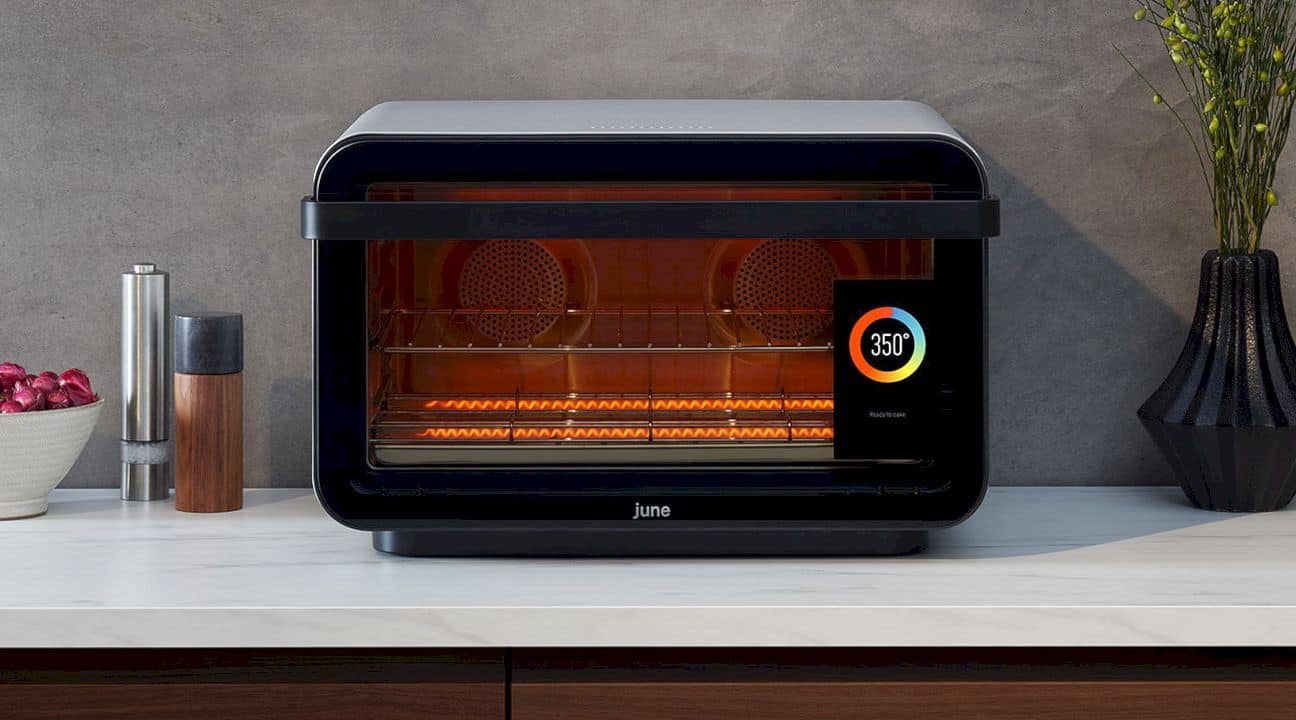 Almost all the tester and owner of the product claims June can do well, but the main problem is only that the price tag is quite astronomical for an oven which is sold at $ 1,500. The price is obviously too expensive, and in the past two years, the developers have learned a lot.

They have now introduced the second generation of June early this year. The advantages, almost everything that the predecessor can do is available here, but now, the consumers only need to redeem it for $ 600. 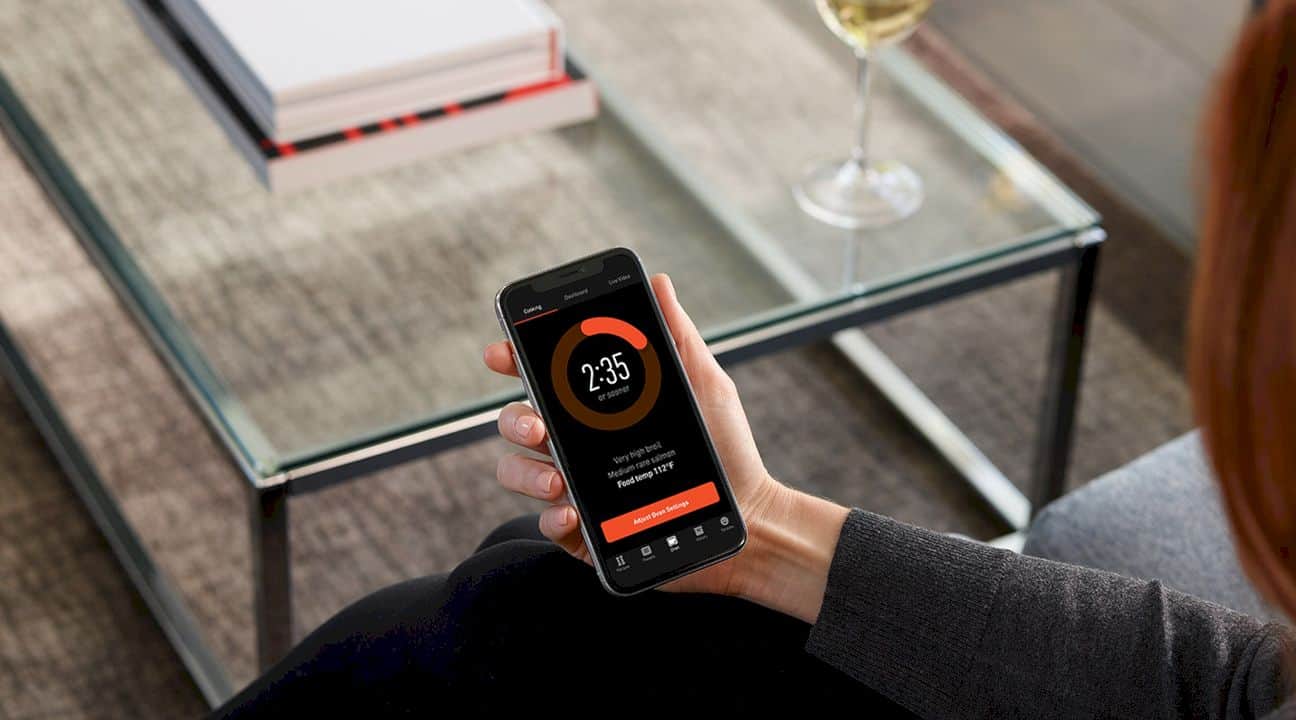 It is still quite pricey for an oven, but in reality, there is no other oven that can reach the level of sophistication as June. The artificial intelligence system is still one of the superior features in this second generation, as well as smartphone-style specs, specifically the Nvidia Tegra K1 chip with a 2.3 GHz quad-core processor.

The touch screen is useful for operating the oven, and in the second generation, there is no stainless steel knob under the screen to reduce the cost of production as well as the selling price. 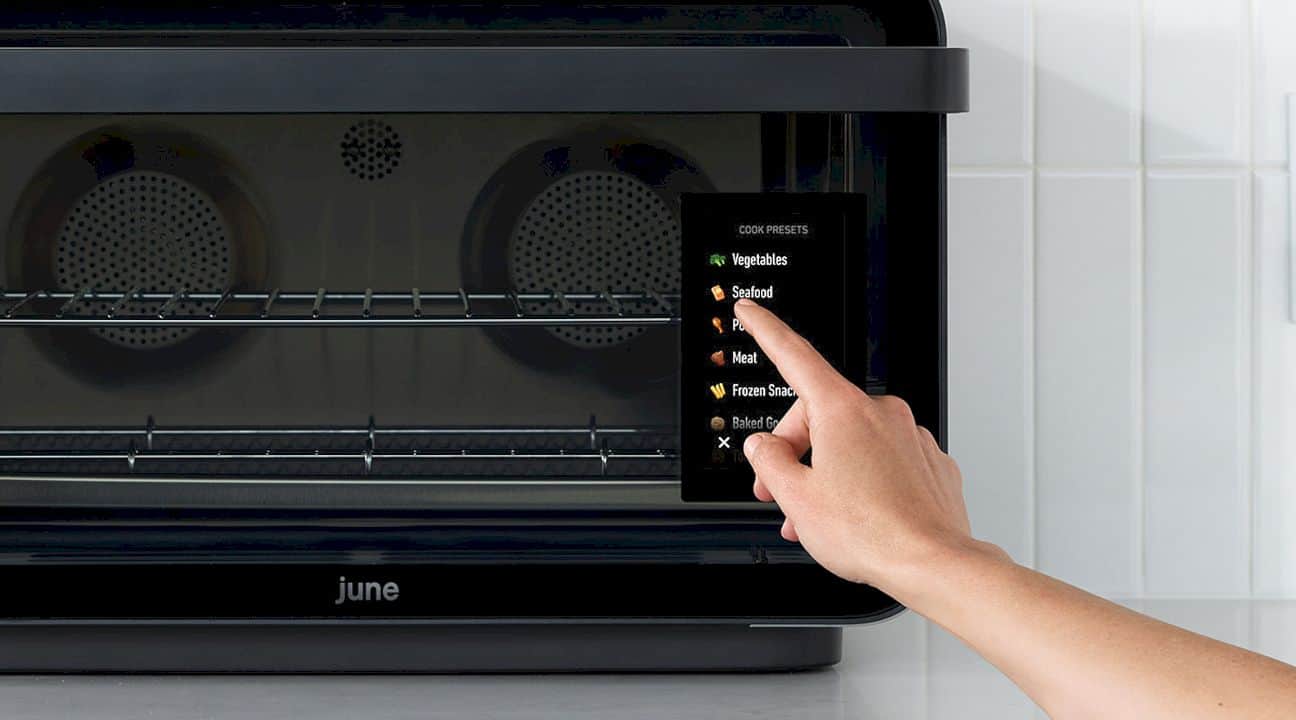 The second gen of Jube also lost its capability to weigh the ingredient. This feature was apparently not widely used by June consumers. Eliminating it once again helped the company to further reduce the selling price of this second generation smart oven. 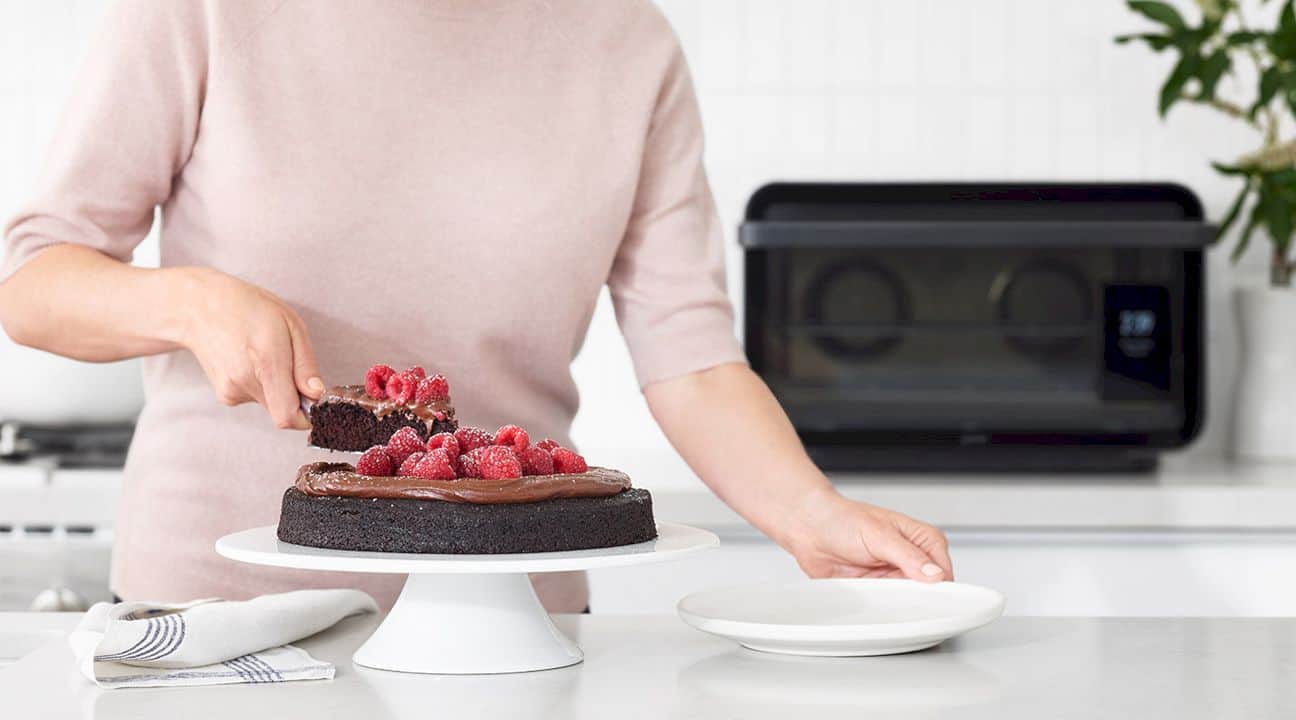 The rest is still the same as before. Besides the Nvidia chip, the HD camera in the room still exists, which still functions as an eye for June. Its also have a capacity of 28 liters and made of stainless steel which the company claimed to be easier to clean. 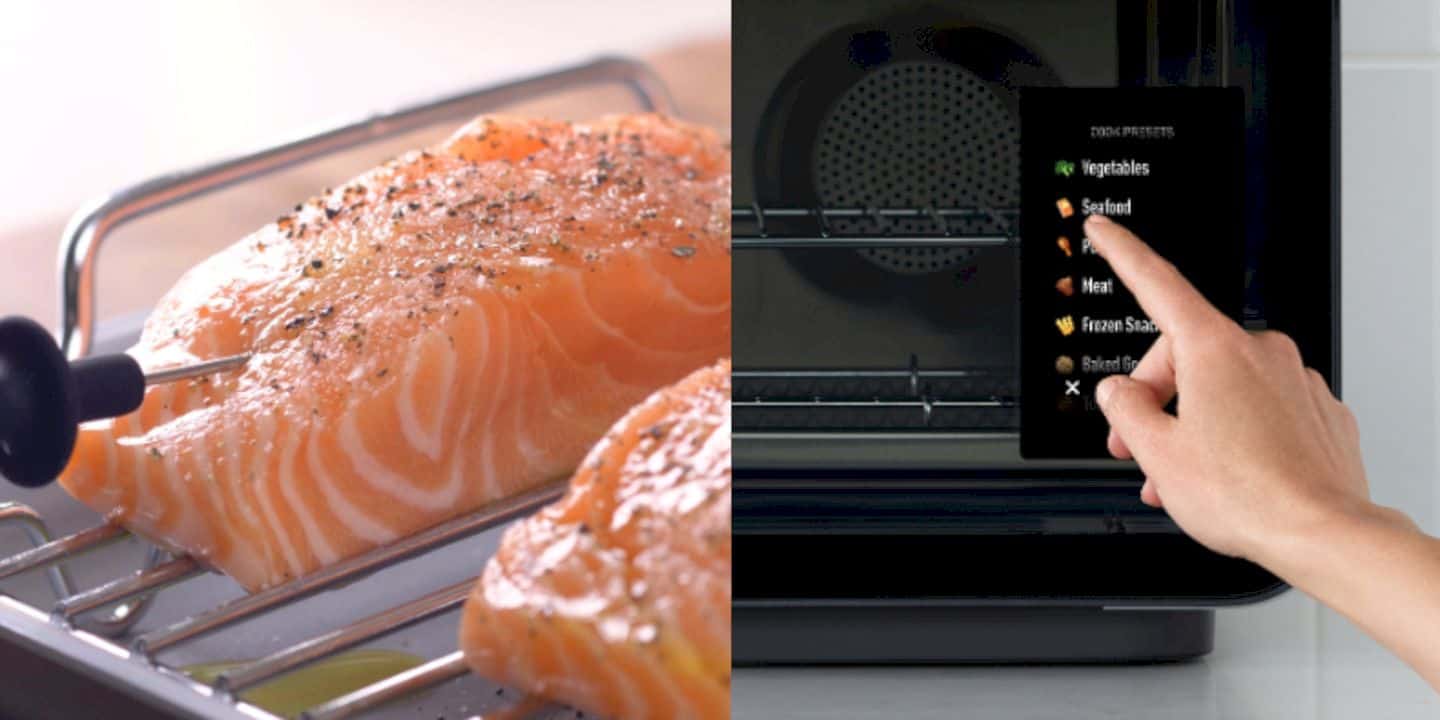 The ability to cook does not change, still relying on carbon fiber heating elements that can rise in temperature faster, so that the pre-heating stage is not needed at all. During cooking, the users can ask the time to completion to Alexa via Amazon Echo smart speaker.

The number of cooking presets has also increased from previously only 25 to 100 types of cuisine. Via software update, this smart oven can be upgraded in functionality. The developers also added a lot of presets because there were also many influential factors in cooking; such as the number of pieces, and so forth. 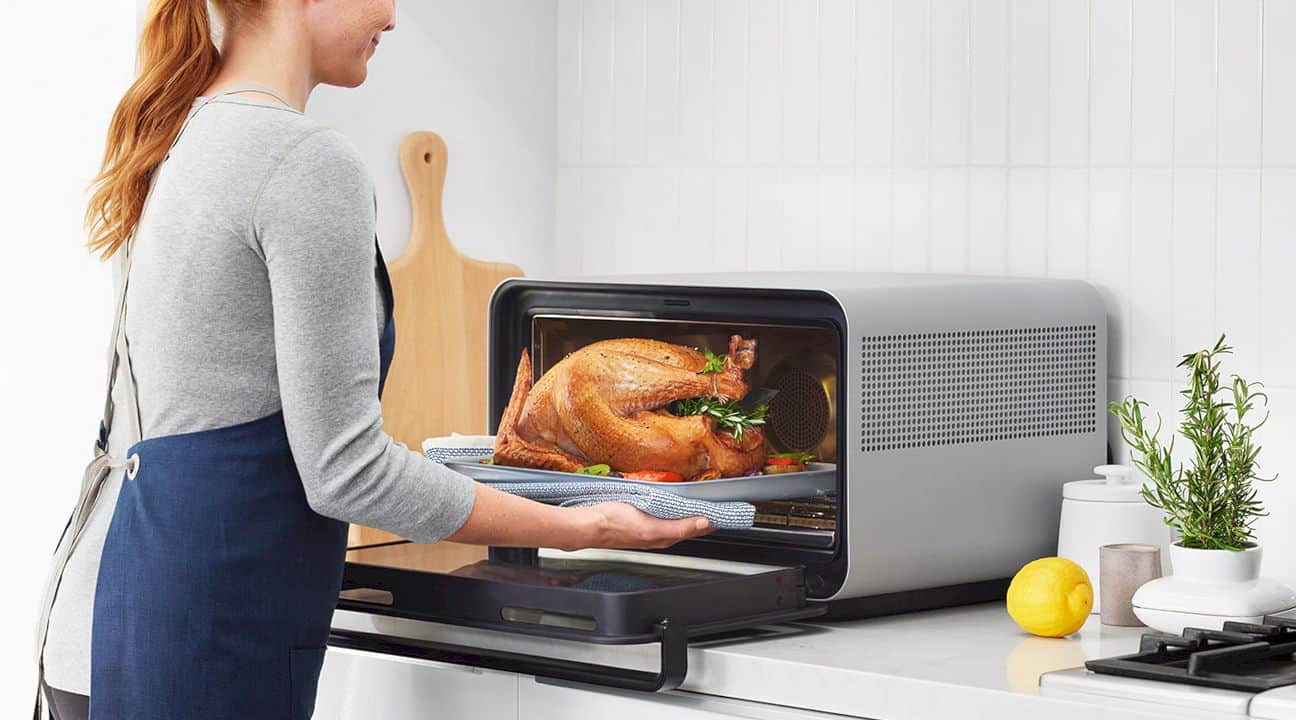 Furthermore, for the sake of convenience, June’s AI will proactively select the presets needed based on the stated consumer preferences.

When all the sophistication it contains, the $ 600 price tag won’t feel too expensive now, especially considering that its features can continue to grow over time.