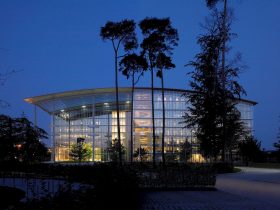 Located in German, Kindergarten St. Laurentius is a 2018 project completed by Goldbrunner & Hrycyk Architekten. In this kindergarten, all rooms can be found around a central indoor play area that designed with a skylight. There are also two staircases that offer exciting direct connections between the kindergarten spaces. 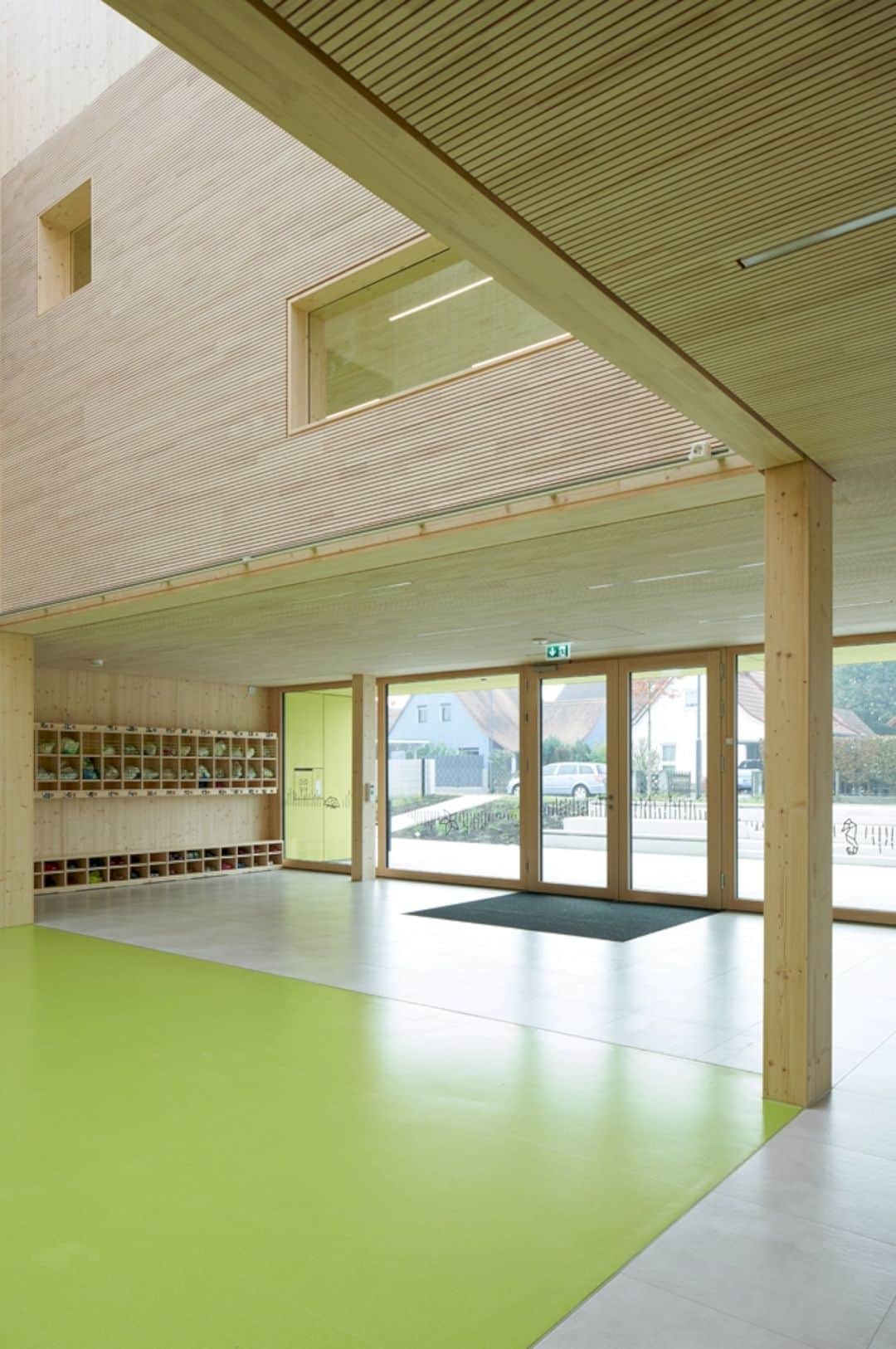 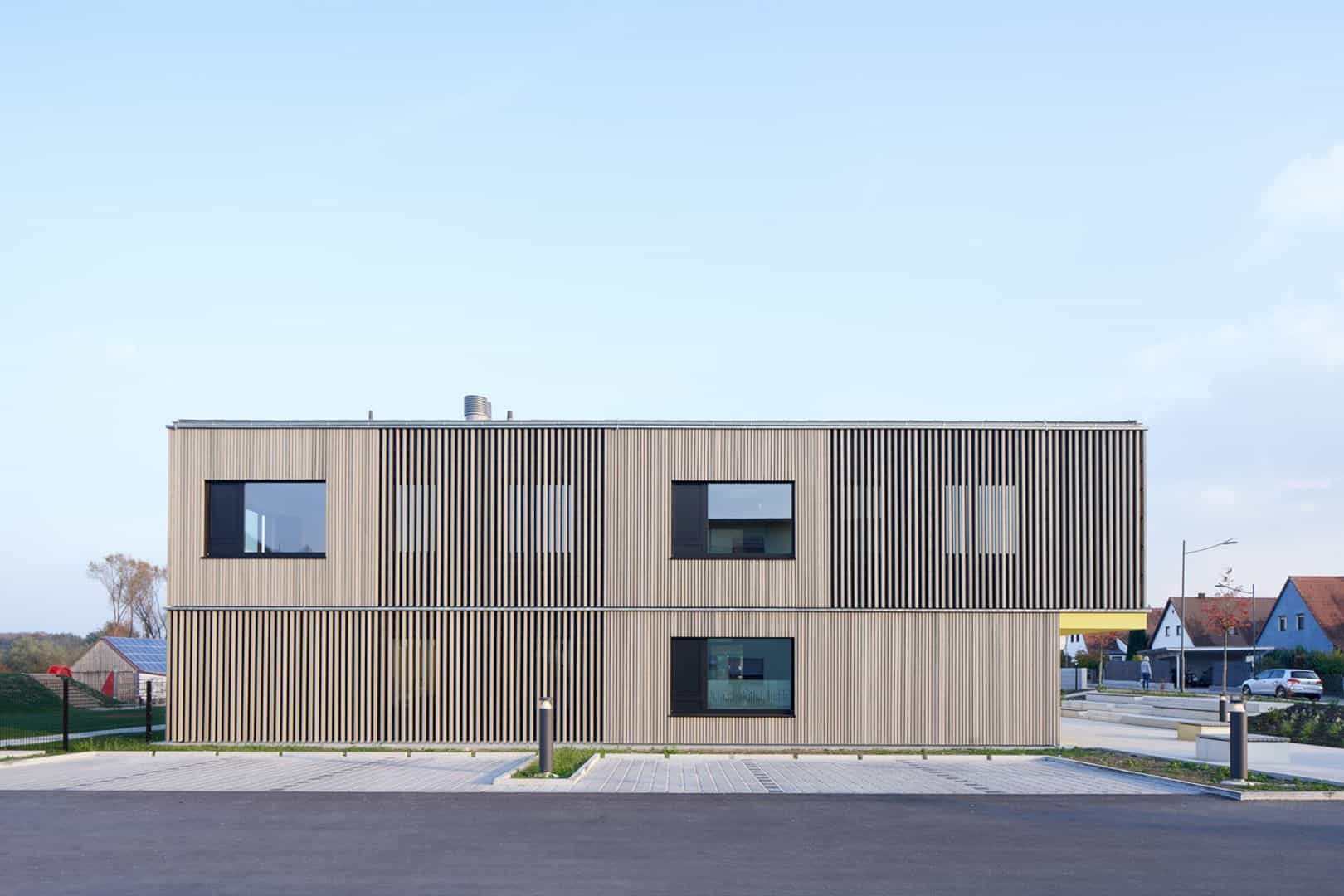 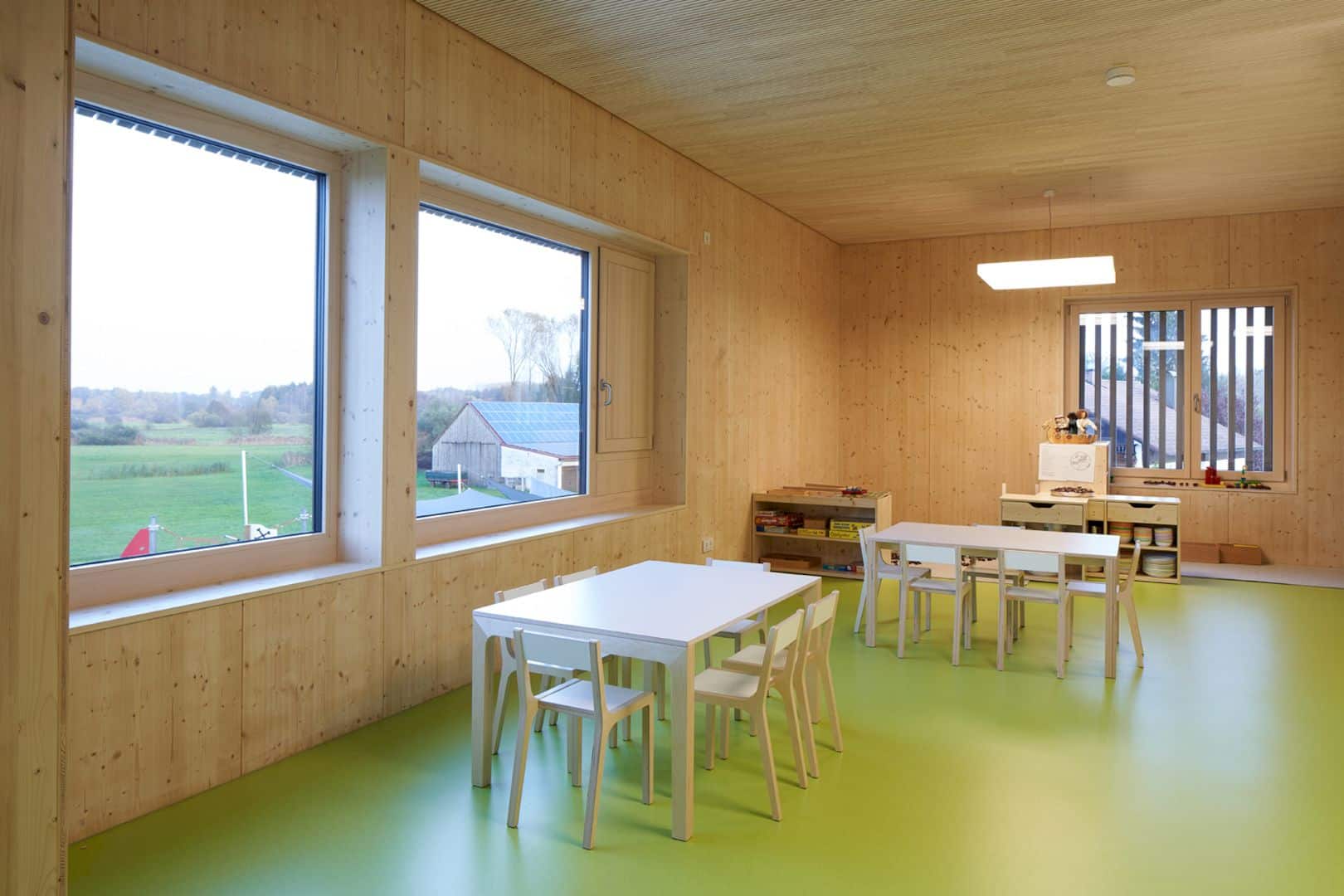 The skylight in the central indoor play area allows the warm sunlight to enter the rooms easily and provided a warmer feeling. The playground also opens to the south to the forecourt. The concept of the user provides for delivery times and specific pick-up which the covered patio inside acts as a cloakroom, orientation, and distribution point. 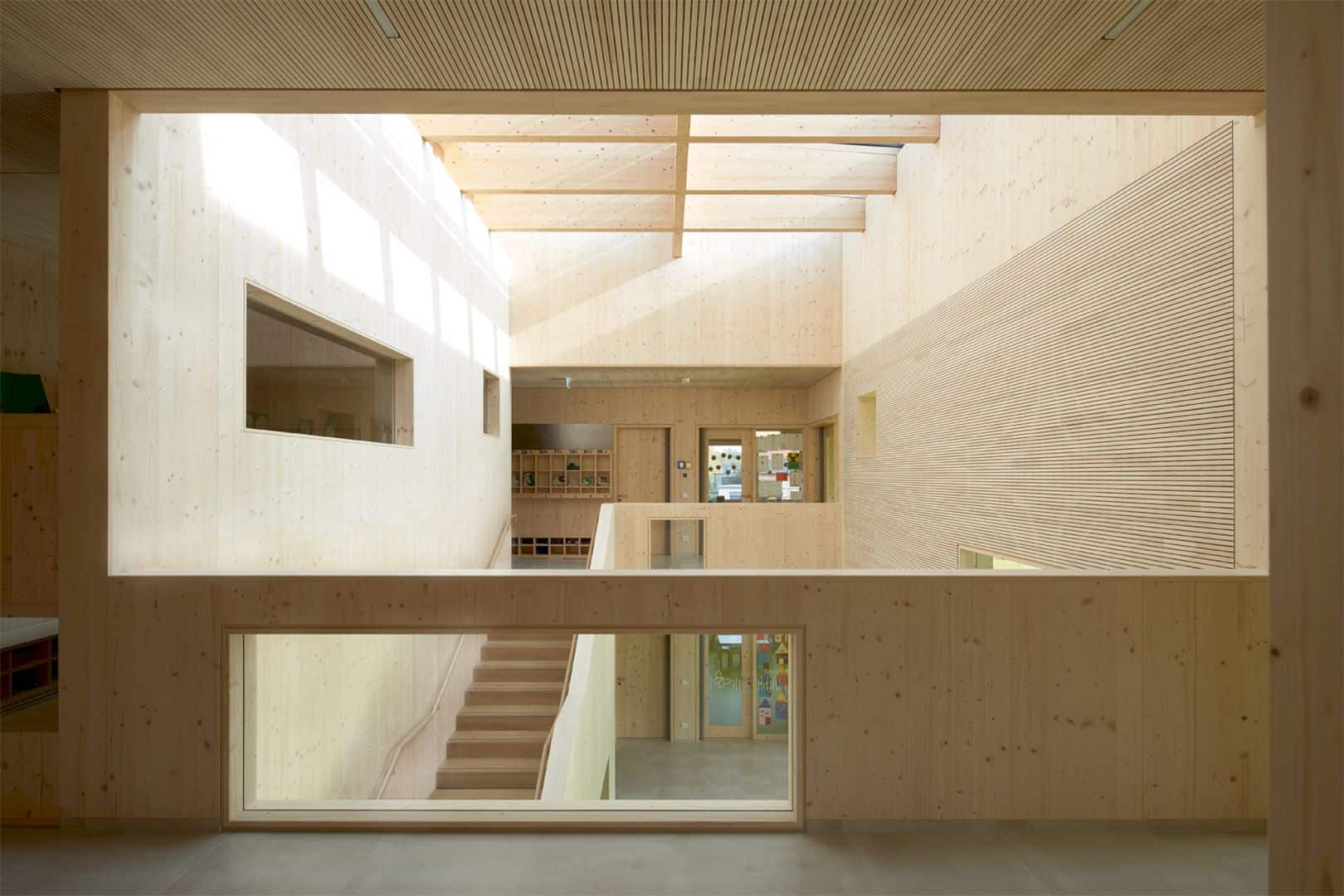 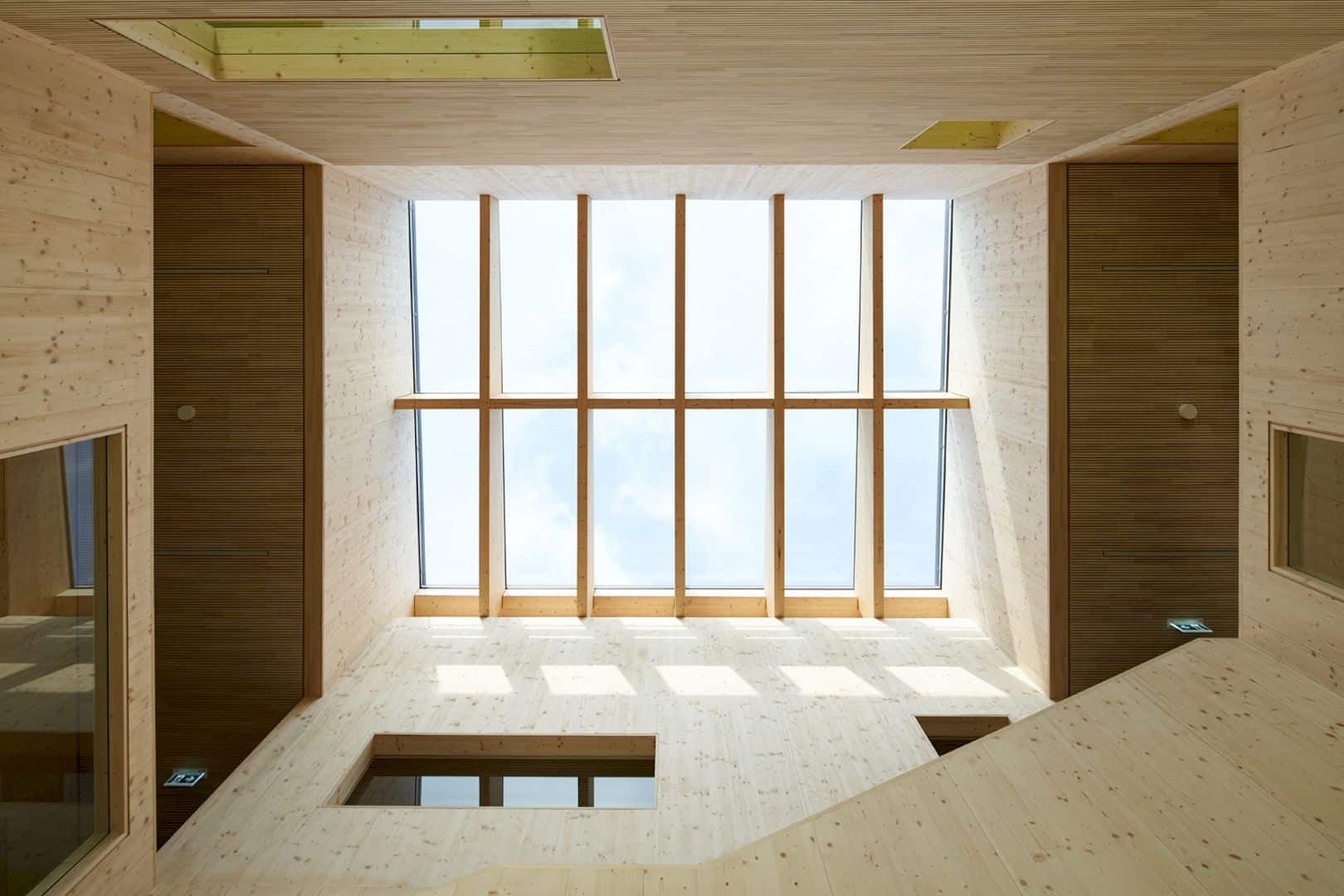 The covered inner courtyard is an adventure space and also a meeting point during the season. Some visual axes in this kindergarten between the floors and from the rooms to the central adventure hall can increase the user’s feeling of a strong center inside. 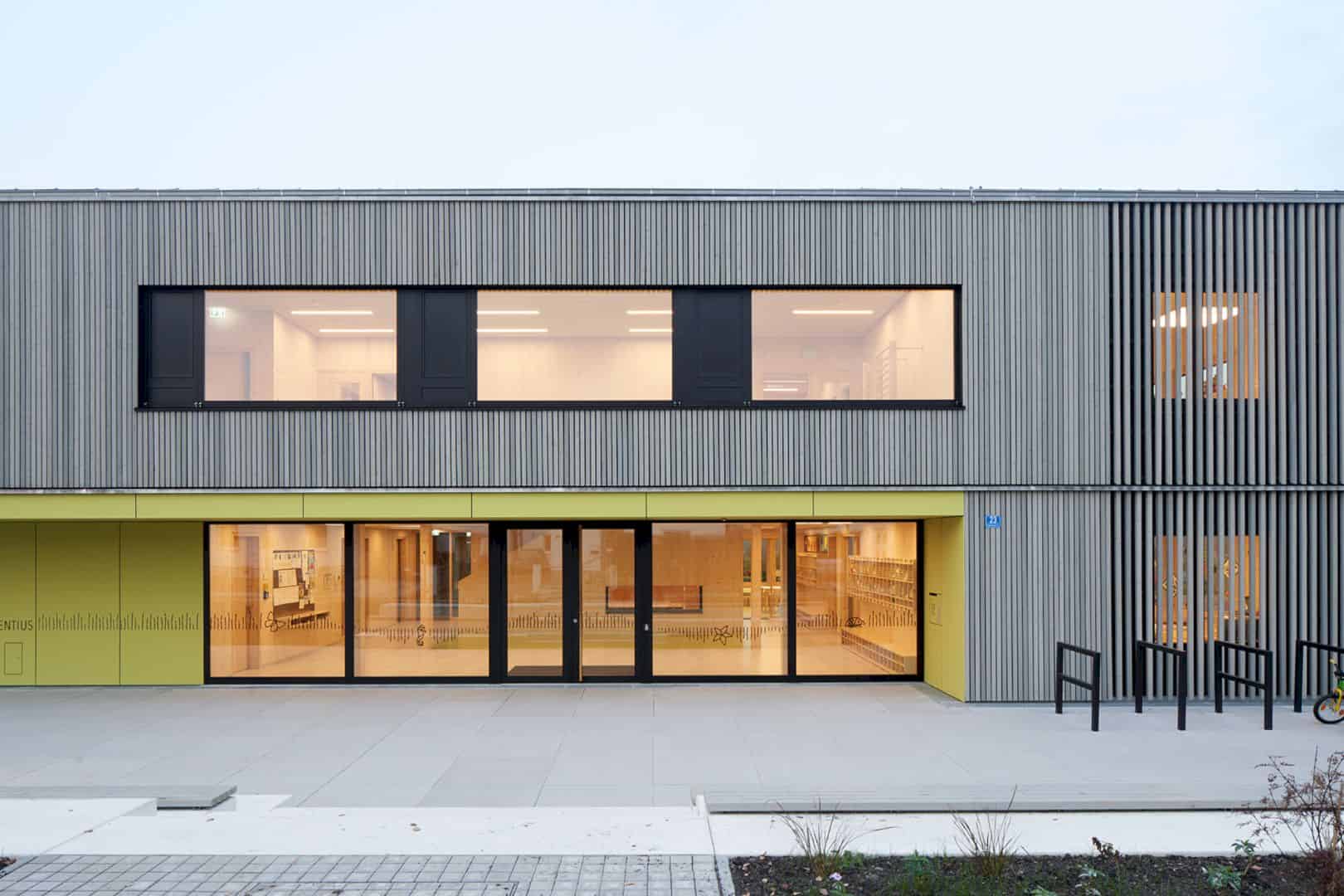 There are also two integrated escape staircases that create awesome direct connections to the open space and forecourt from the upper floor. The building of this kindergarten is designed in passive house construction and also solid wood.