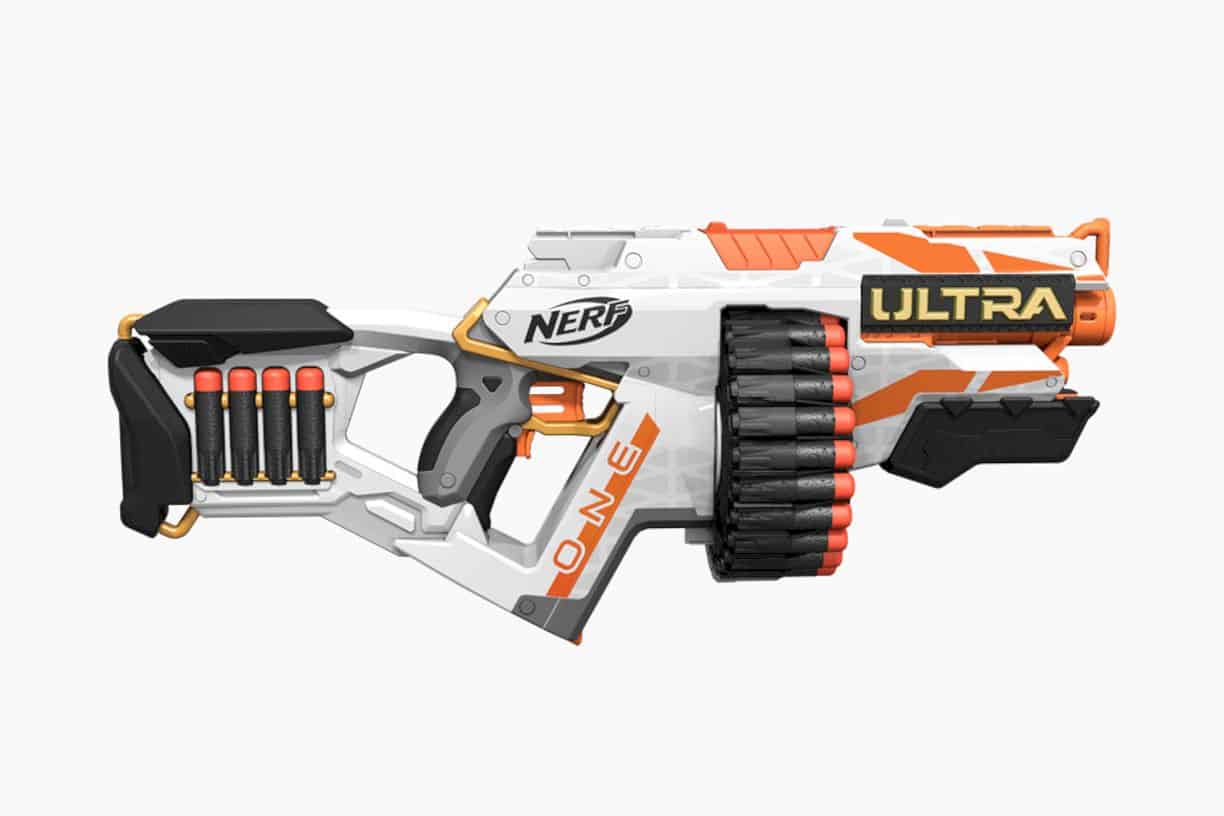 The rapid development of augmented reality technology gave birth to a new category of hybrid games that fused the physical and digital world. For those who love to play battle between robots can choose MekaMon for their entertainment options.

At first glance, Mekamon which developed by Reach Robotics looks like a Dragoon unit in the StarCraft franchise. The four legs can move swiftly like a spider. MekaMon can even turn upside down, all with moves that seem very realistic. 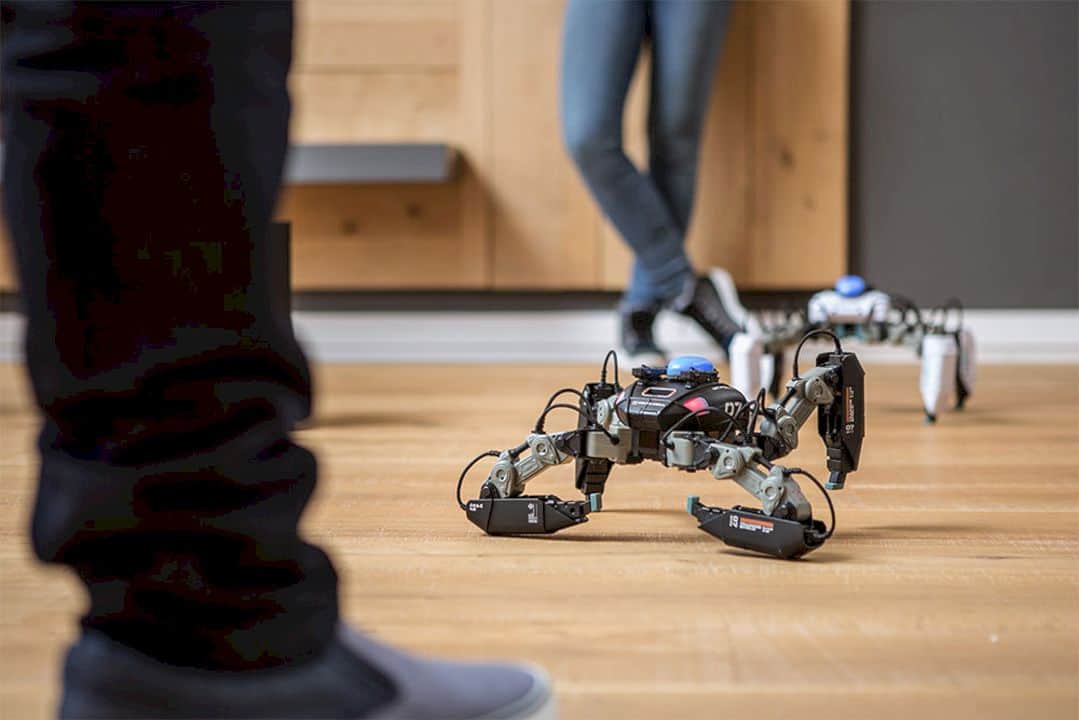 After establishing a connection via Bluetooth, MekaMon can be operated using a smartphone application. You are free to choose to fight AI in the arena of augmented reality or against another MekaMon. At the same time, there is also a co-op mode to suppress AI attacks with other players. 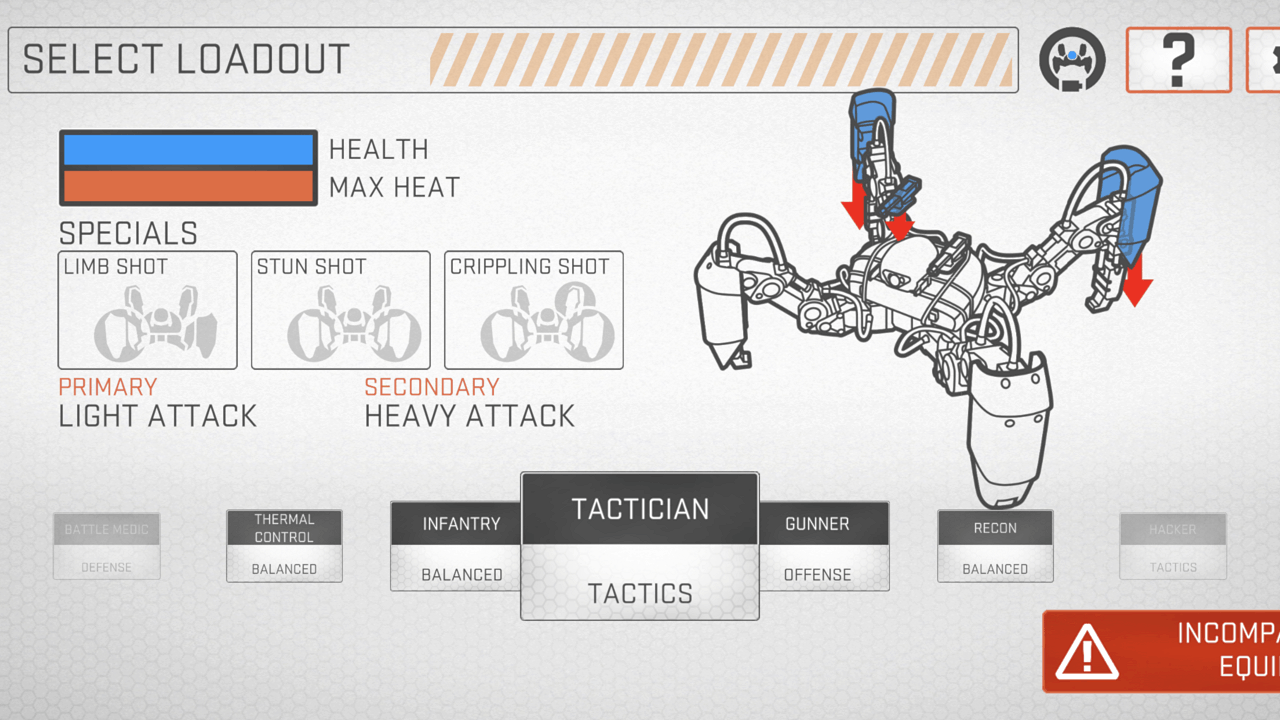 MekaMon utilizes four infrared sensors to accurately detect its opponents. This infrared signal is the way MekaMon communicates with each other so that if one robot fires its weapon and gets hit, the opponent’s robot will react in pain at the right point.

The AR element is a very interesting touch on MekaMon. Various objects such as tables or chairs in the room can be detected by MekaMon, and can be used to protect against enemy attacks. That way, players can basically create their own arena of battle.

Modularity is another aspect that is favored by MekaMon. Consumers will be able to upgrade their robots each with a number of accessories, a new type of weaponry or better protection, without having to buy a new robot. Present in three color variants namely black, white and grey camo. 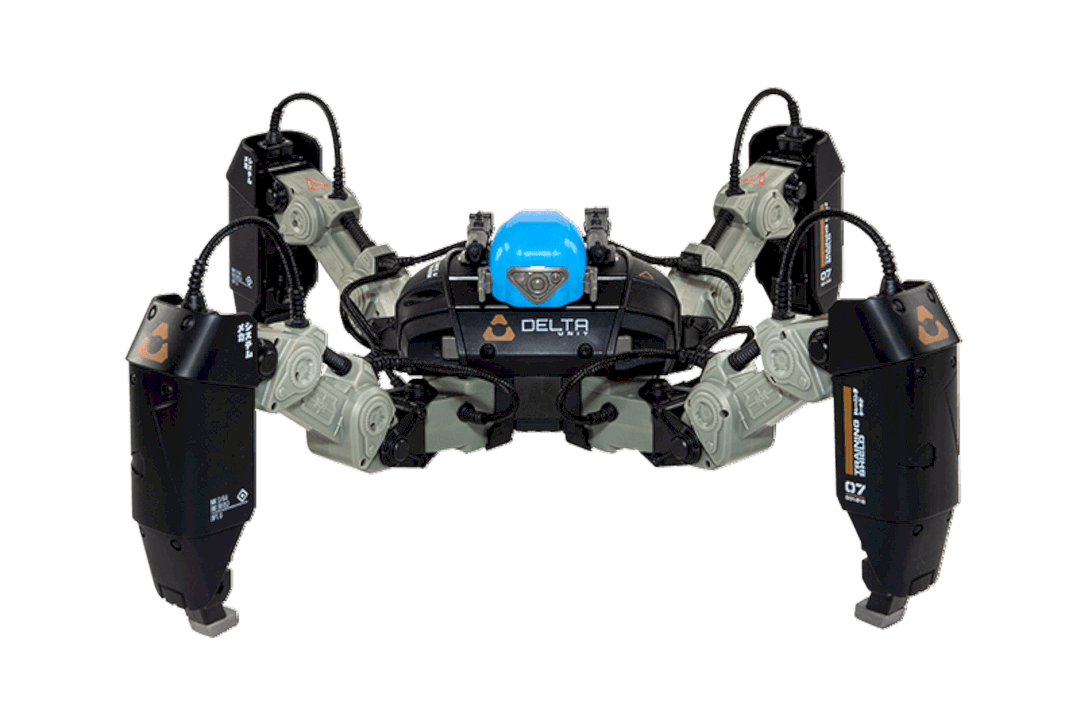 After developing MekaMon for four years and creating more than 27 prototypes, Reach Robotics was finally ready to market it widely for $249.99. MekaMon has dimensions of 30 x 30 x 15 cm, weighing 1 kilogram. The standard package includes basic weaponry and protection components. 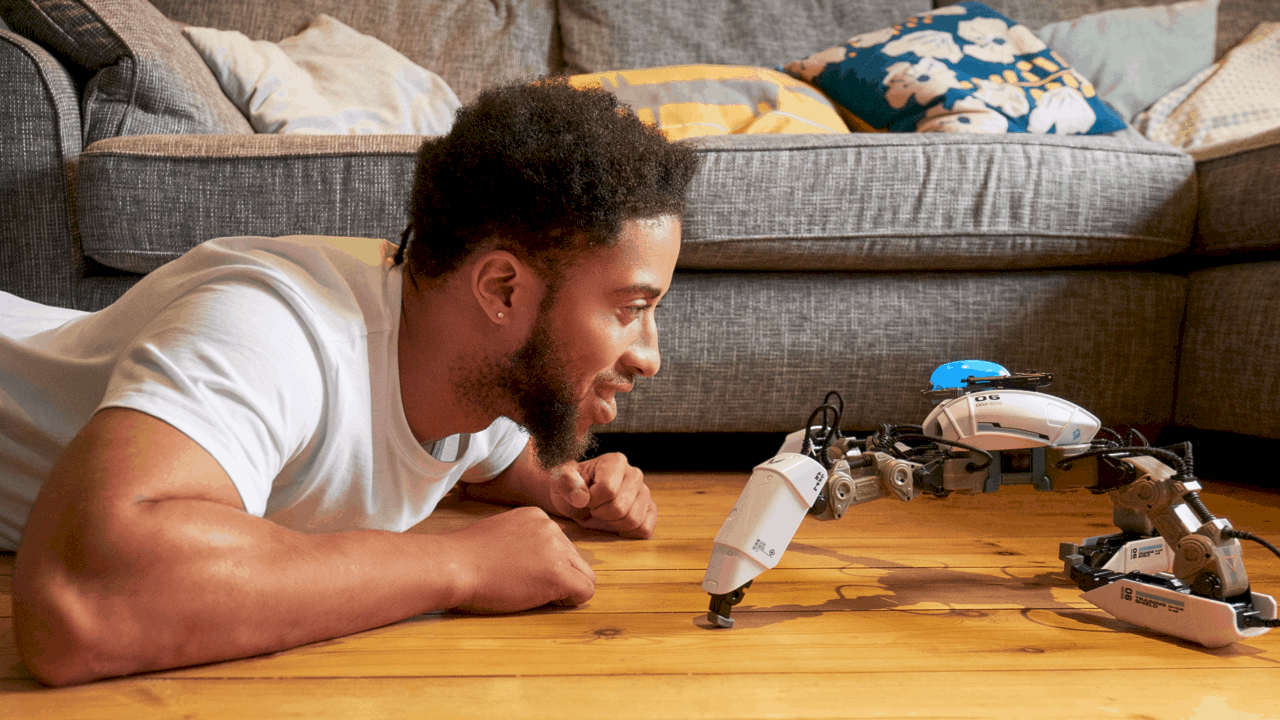 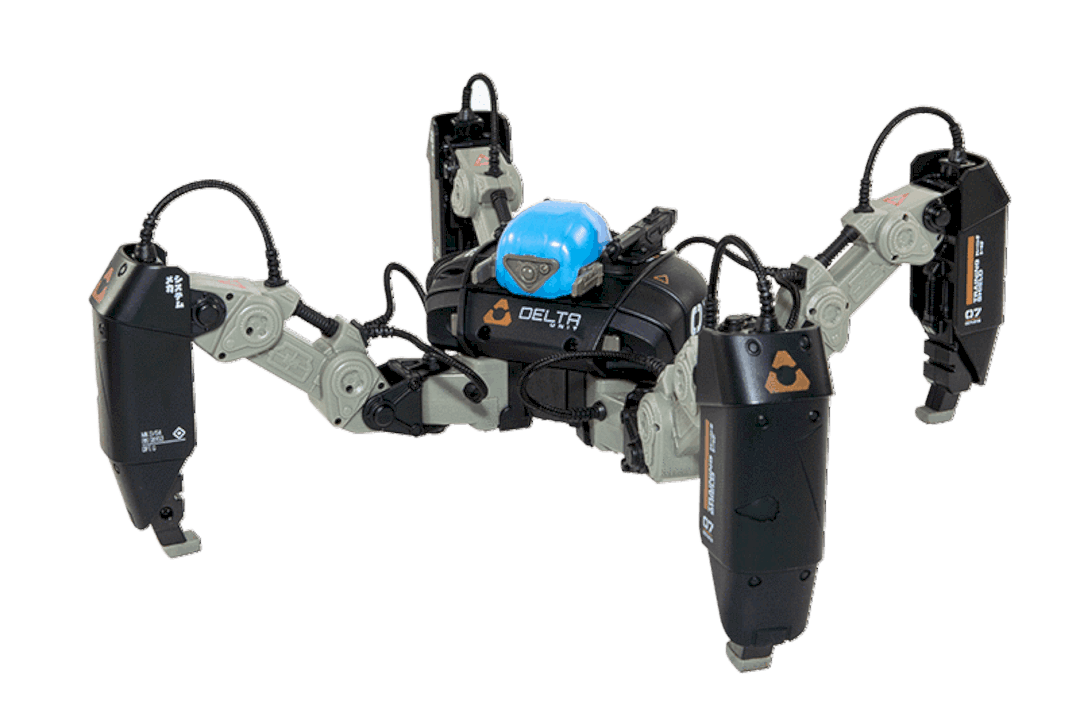 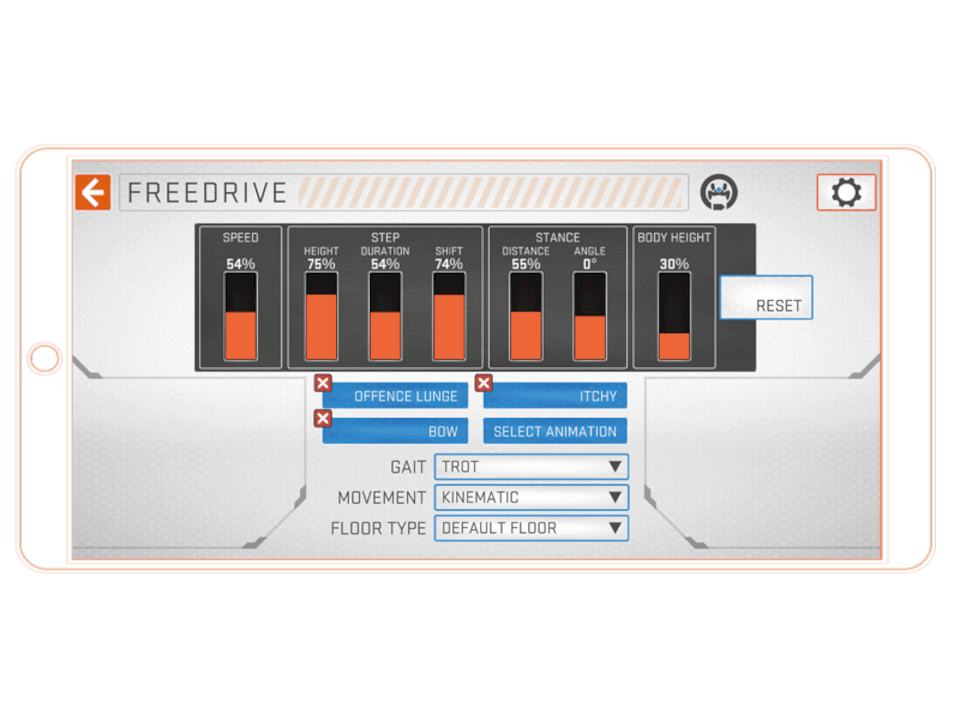 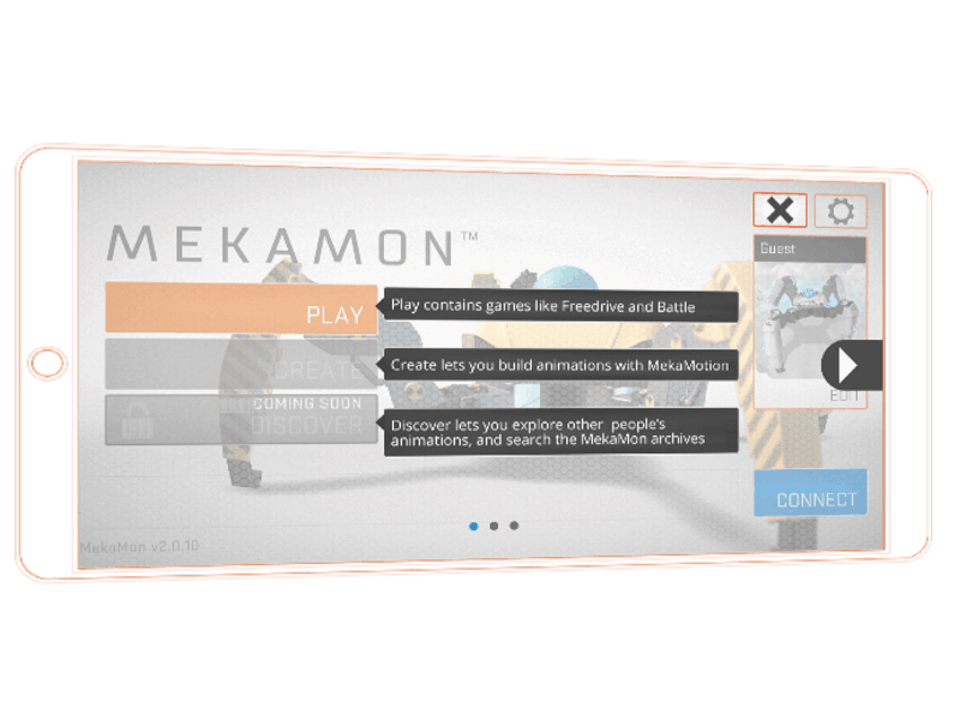