Monster 1200 25°Anniversario: An Exclusive Model of the Most Iconic Bike Ever

The British motorcycle manufacturer Triumph Motorcycle was present at the 2019 Bike Shed motorcycle exhibition which took place in London, England, where the Triumph Rocket 3 TFC officially making its debut.

After continuing to flirt since last year, Triumph Motorcycle finally revealed their latest motorcycle by developing the legacy of Rocket III, which was first launched in 2004.

Coming with a 2458cc engine capacity, the Triumph Rocket 3 TFC is the largest engine production motor in the world. With this engine, the power that can be produced is able to reach 169 FT-lbs. 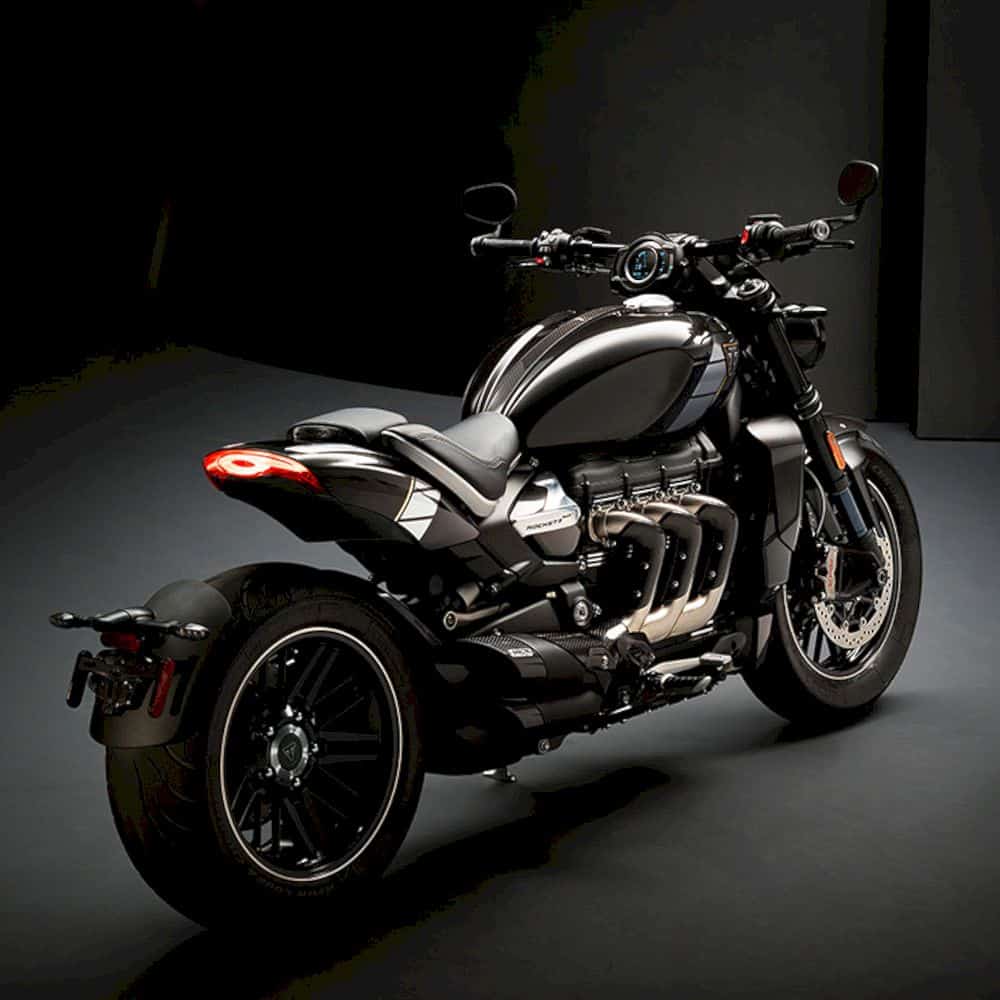 This motorbike gets 32 hp more power injection than the previous generation. Triumph Rocket 3 TFC claims to be capable of spraying a maximum power of 180 hp at 7,000 RPM. The power emitted by the motorbike comes from a completely new inline three-cylinder engine. 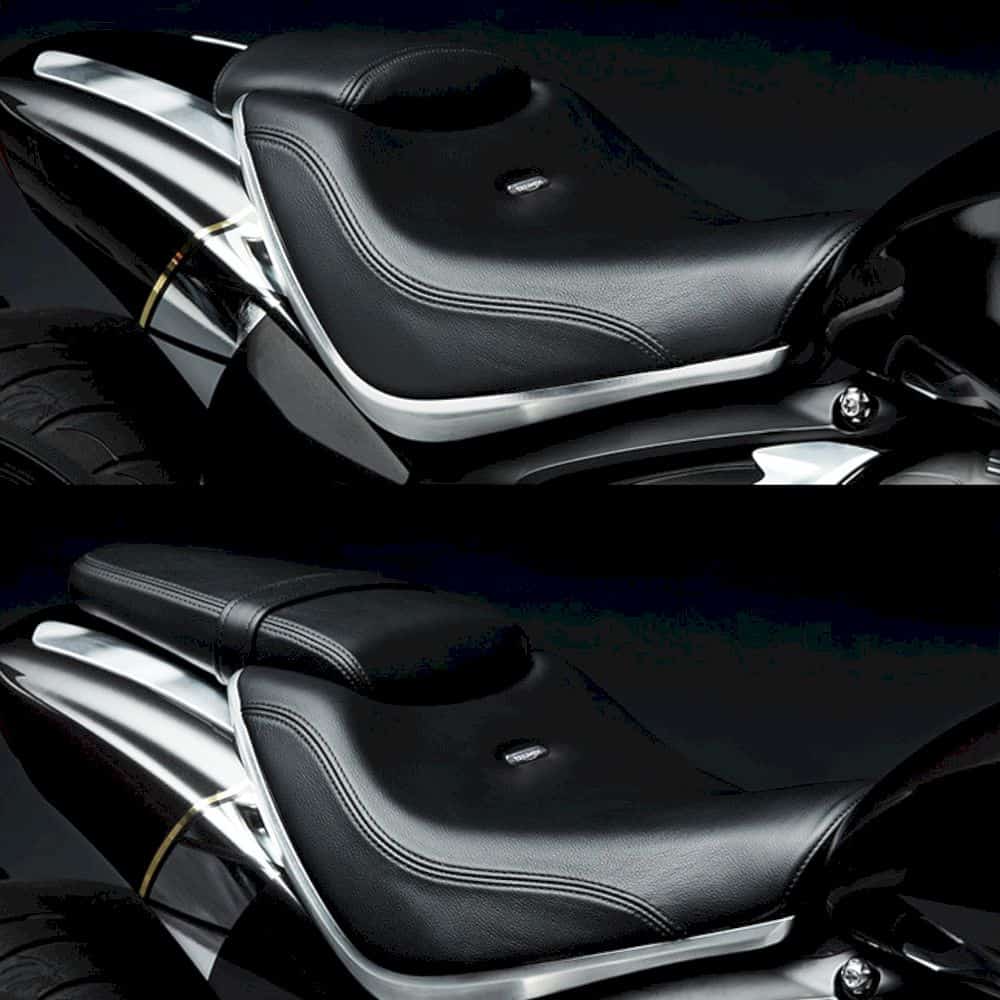 The most prominent part of this motorbike is indeed on the engine, because with the large-dimensional engine, the overall weight of the vehicle reaches 290kg. But it is said that this latest version is more concise than the previous edition of the Rocket. 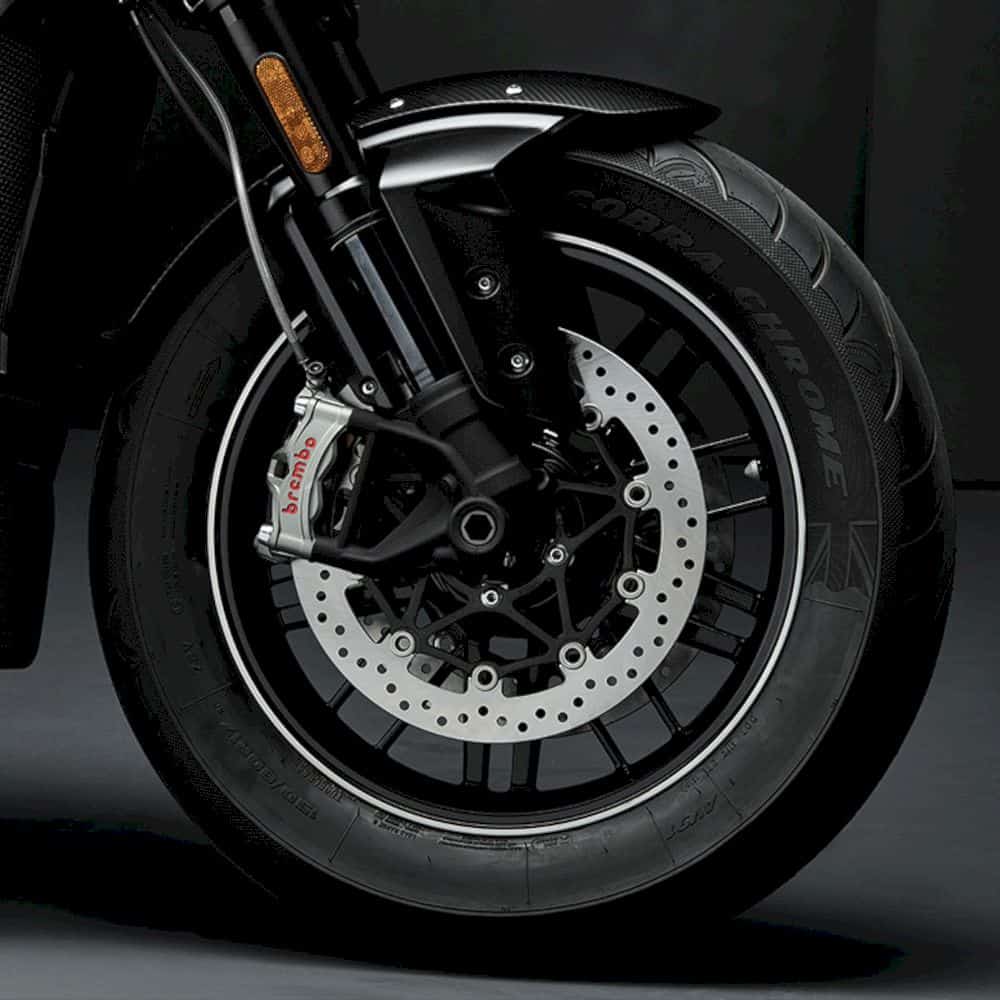 Not only coming with the wild power but Triumph Motorcycle also provides this motorcycle with alteration to the body. Made from a titanium frame, the Rocket 3 TFC is equipped with a new suspension system that uses premium technology with an adjustable USD 47 mm cartridge.

Then in order to make this bike look more sporty, the manufacturer crammed the best Upside Down suspension from Showa. While on the back uses the same brand, but more like a mono arm model. 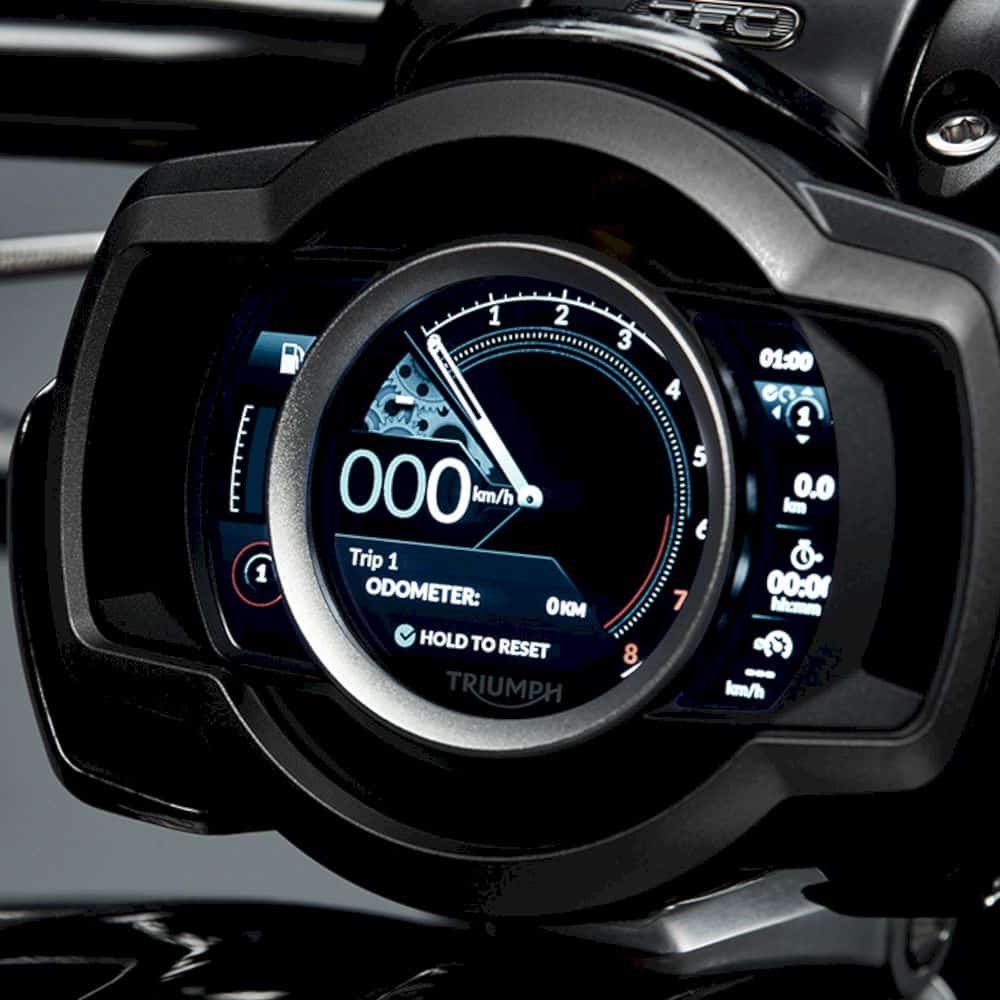 Then in the braking section, the Triumph Rocket 3 TFC is fitted with a braking device from Brembo with large brake calipers. This is absolutely necessary because, in order to stop the speed of the vehicle which is very powerful, Triumph need to put on the best part.

For electronic parts, there is lean-sensitive traction control, ABS which is able to work optimally when cornering, four driving modes and autoblipper. 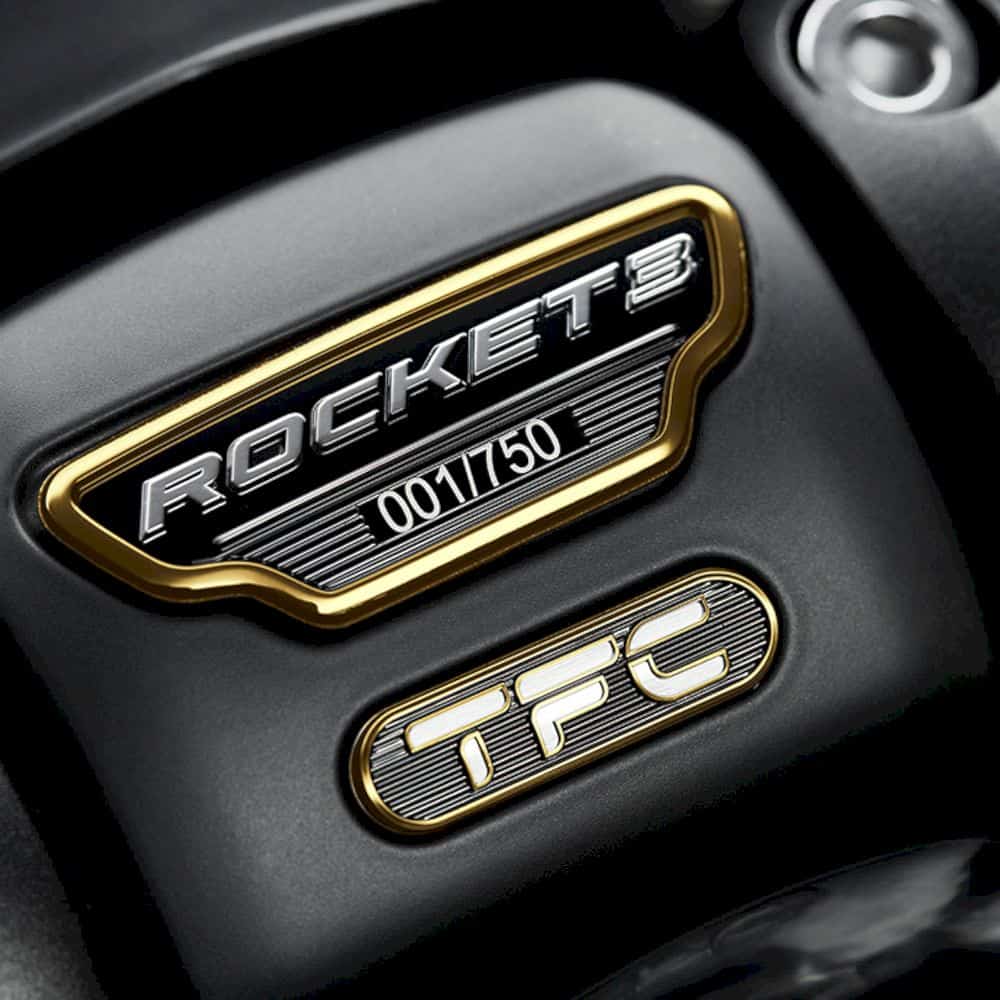 Technically, this motorbike offers four driving modes, Road, Rain, Sport, and Rider-Configurable modes. These four modes are equipped with various other features that add to a more comfortable and safe driving experience.

In addition, from the comfort side, there are also cruise control, hill hold control, keyless ignition, and tire pressure monitoring. All of these things can be controlled via a color TFT screen that is capable of integrating with Bluetooth. 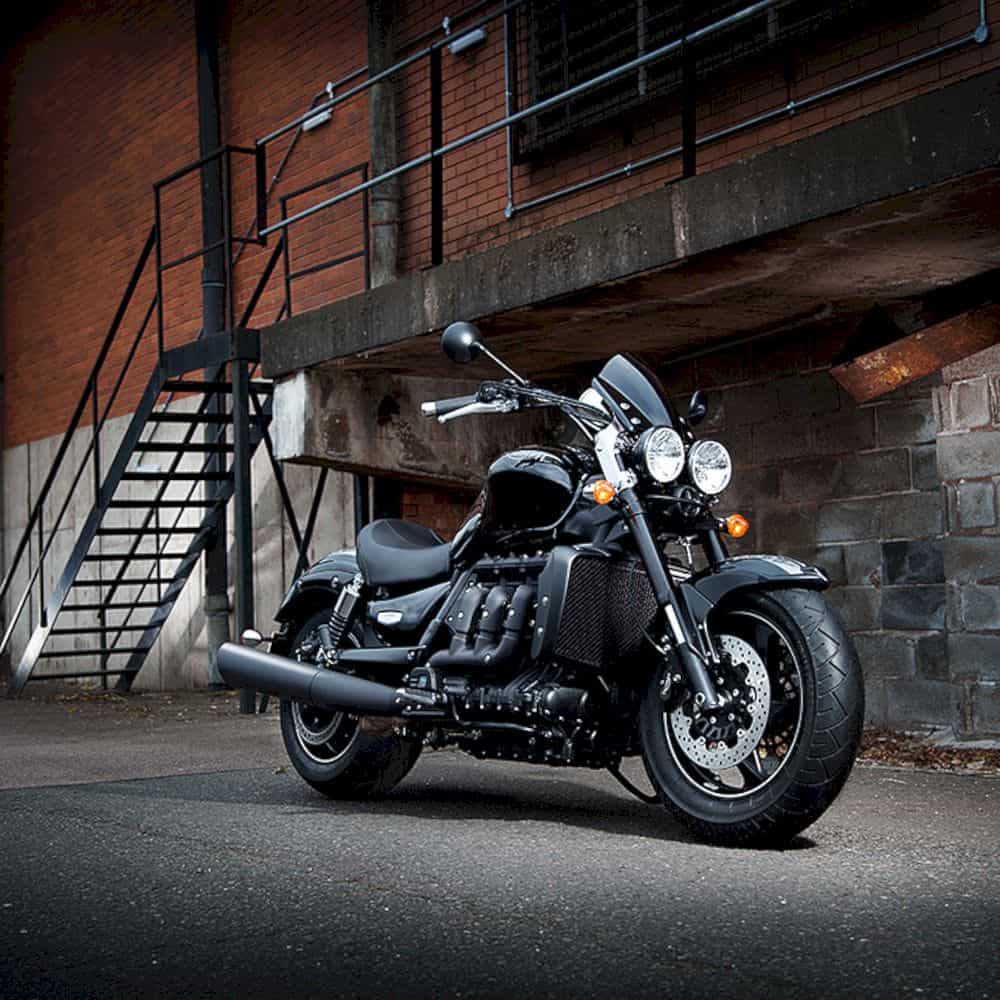 The Triumph Rocket 3 TFC is not a motorbike for everyone because the Britain-based company only prepared as many as 750 units worldwide and as of the writing time, the stock is almost sold out. On the case that you have $29,000 lying around somewhere, you can just go ahead and look for the dealership of this astonishing bike.