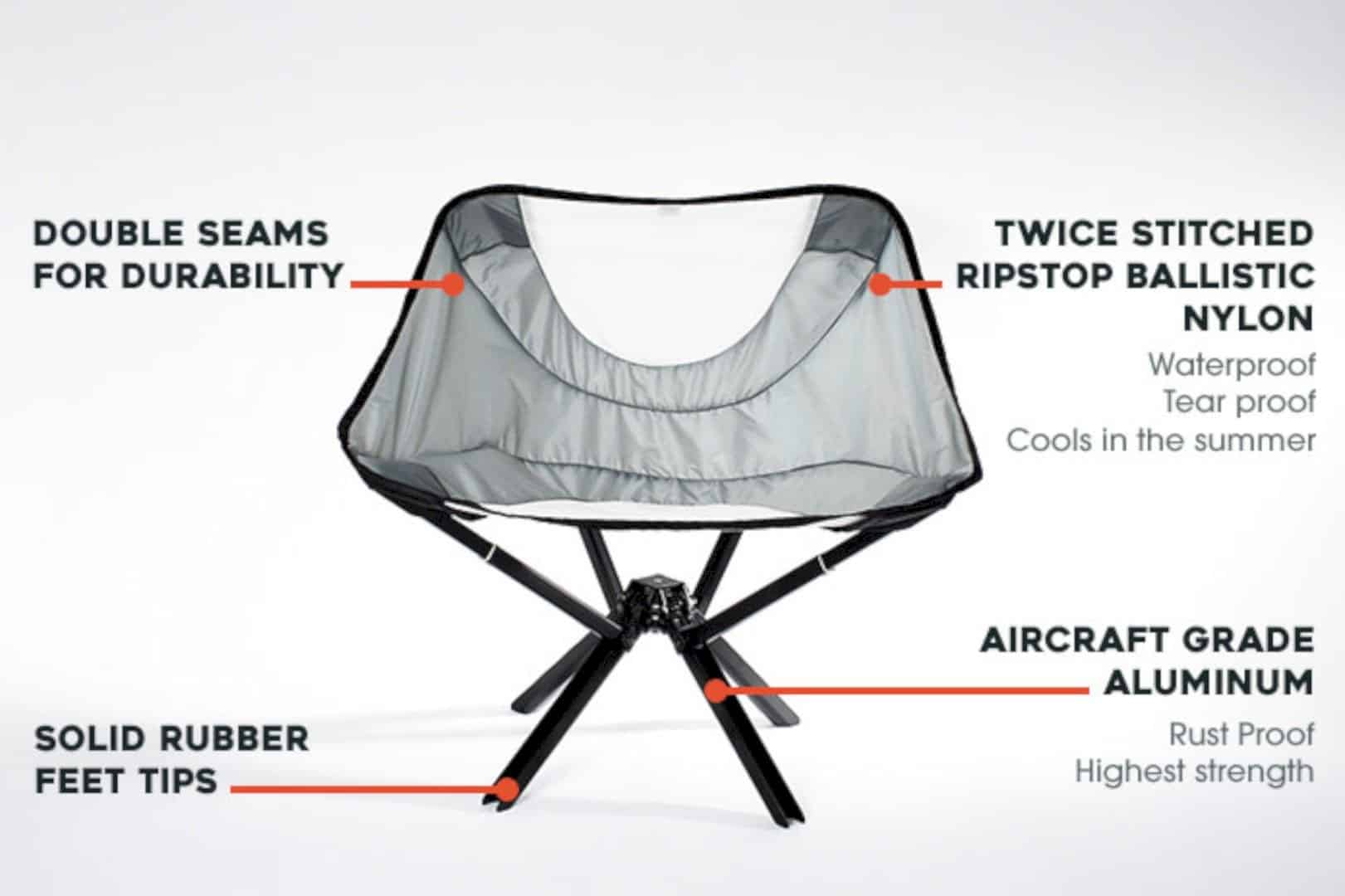 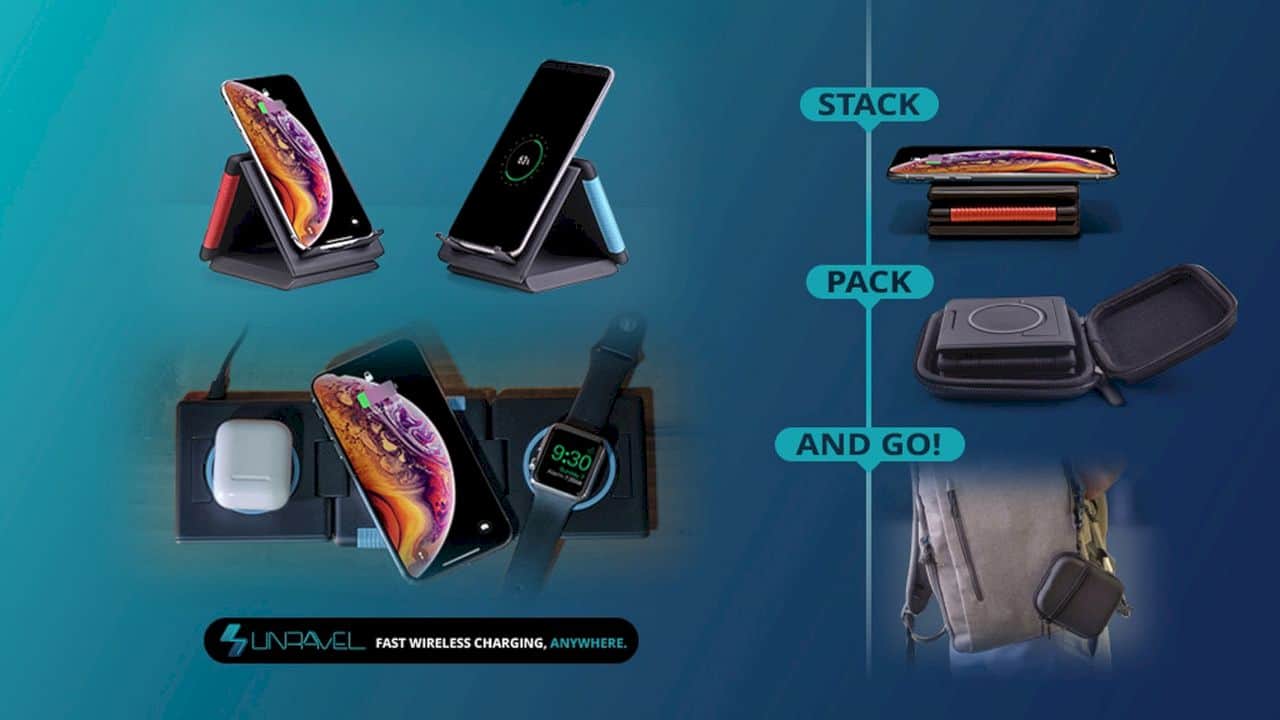 Although wireless charging technology is not something new and its utilization is still limited to gadget devices, the gadget industry’s support in using it can be the basis for the development of future efficient charger technology which is cheaper and environmentally friendly.

This development eventually became the reason for a startup named Ampere from Brooklyn to create a more efficient wireless charger technology. Ampere started their campaign through Indiegogo and is now in the stage of shipping their wireless charger pads called Unravel. 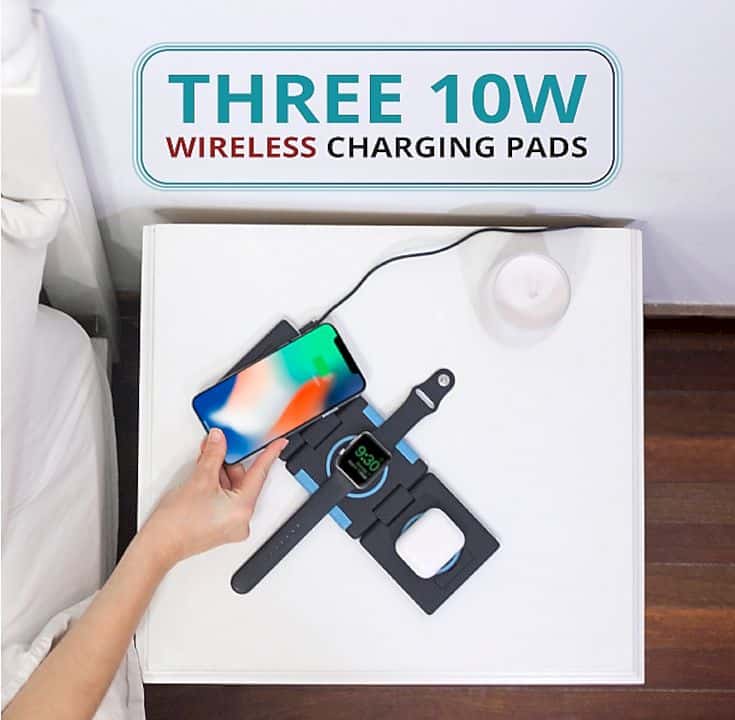 Three 10W wireless charging pads to fast-charge any Qi-enabled device. A patent-pending hinge design: fold it up, keep it stacked or use it as a stand. With a USB Type-C PD input, power it with the Unravel Adapter or your Macbook charger. Unravel is the ultimate travel wireless charger. Take it EVERYWHERE. – Ampere

Unravel can be used in several positions. Namely a parallel position to charge 3 devices at once. Folding position to recharge 1 device and the position of the triangle to fit in 2 devices, or 1 iPhone device while using it for Face Time. 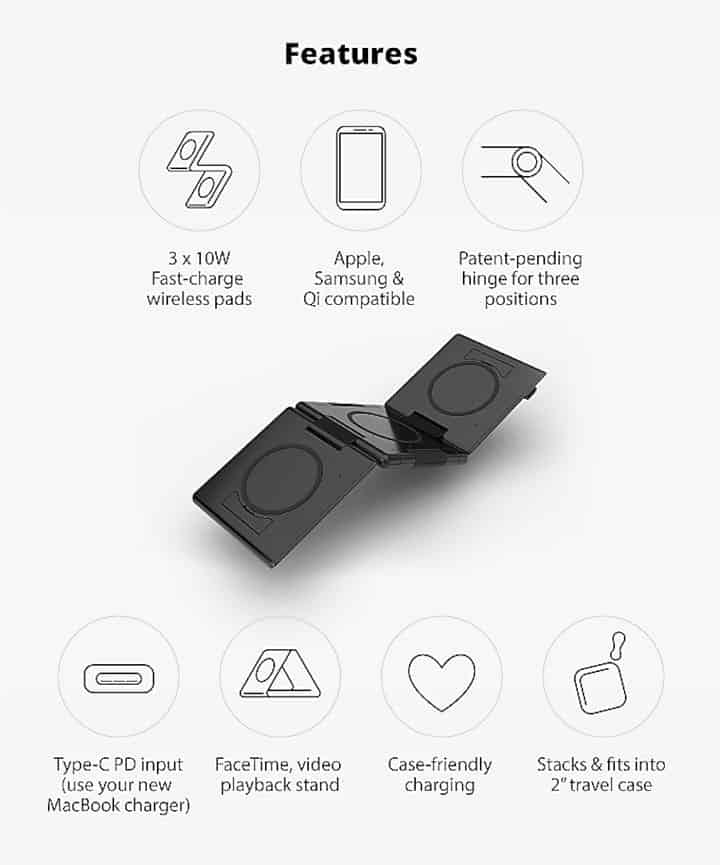 Unravel is compatible with any Qi-enabled devices such as the iPhone 8, Samsung Galaxy Note 8, Nexus 4, Lumia 920 and many others. According to Ampere, Unravel can fully charge an iPhone X in 3.1 hours and a Samsung S8 in 2.5 hours.

Unravel uses USB-C to drain power from a power source. A case is also available to carry it while traveling. This revolutionary charging pad is available in 5 color variants, namely red, black, blue, purple and also green. This wireless charging device is priced at $ 69. 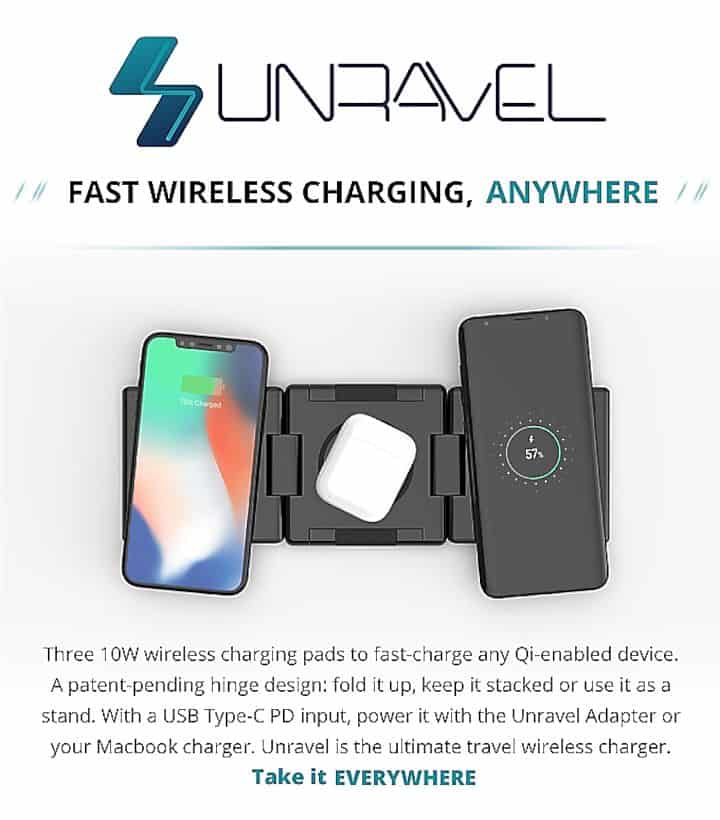 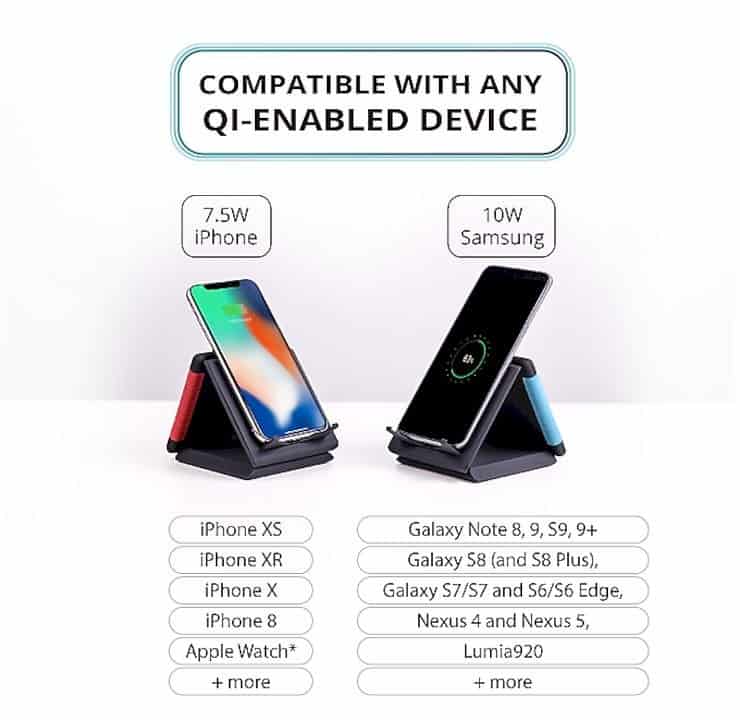 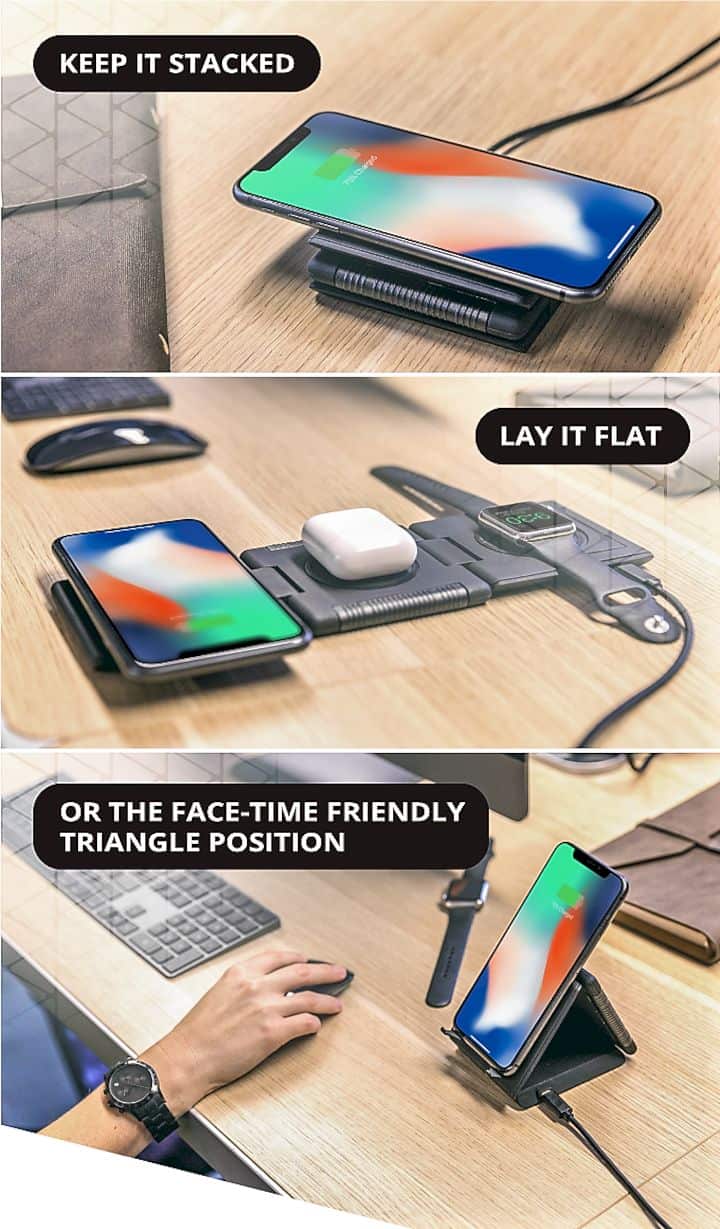 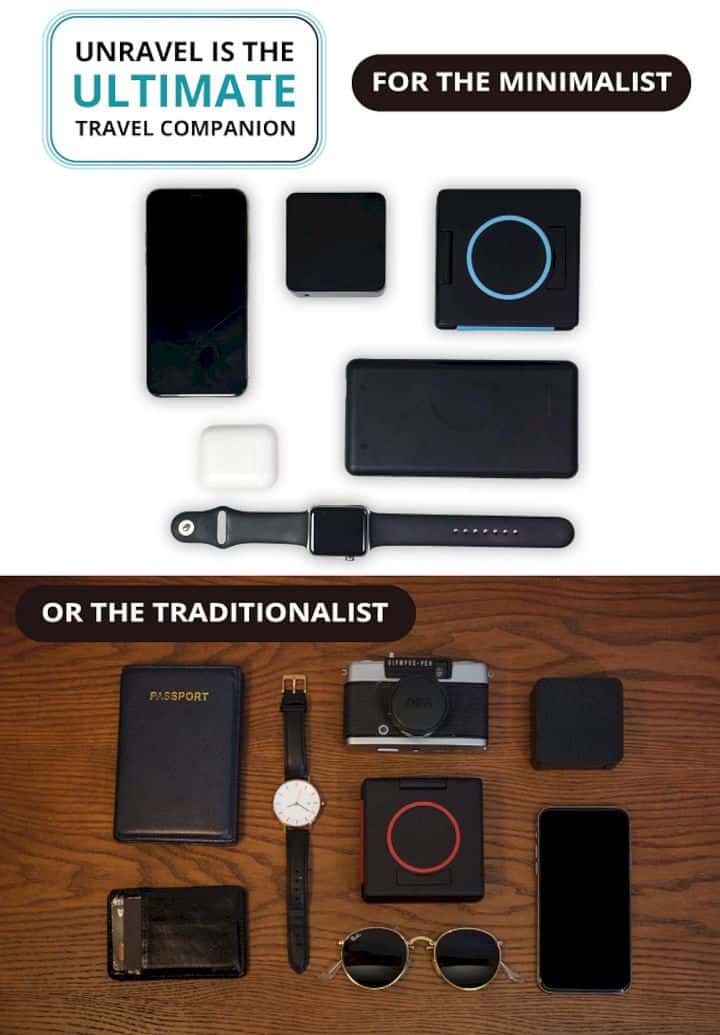 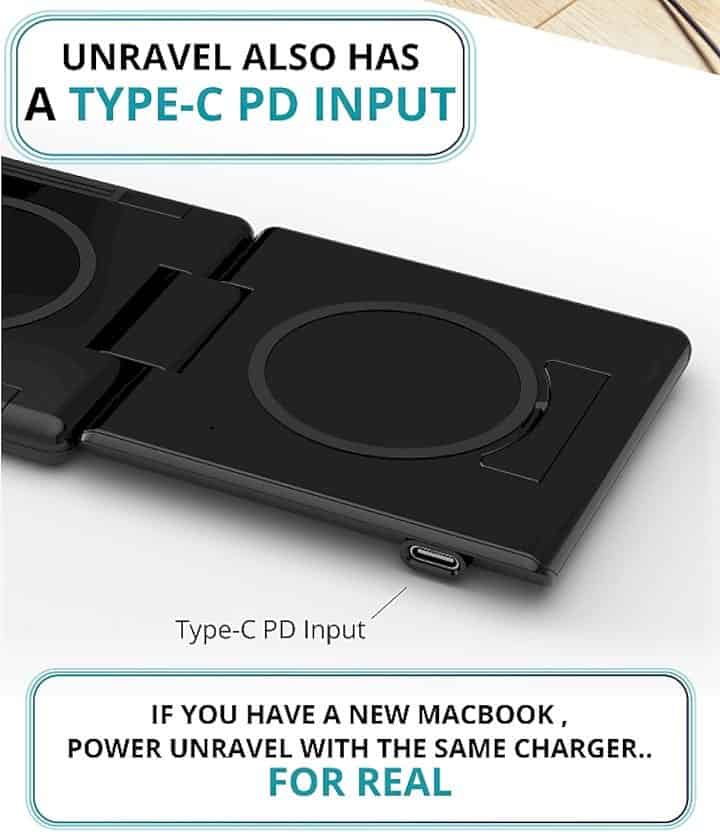