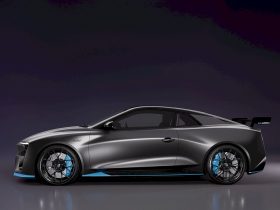 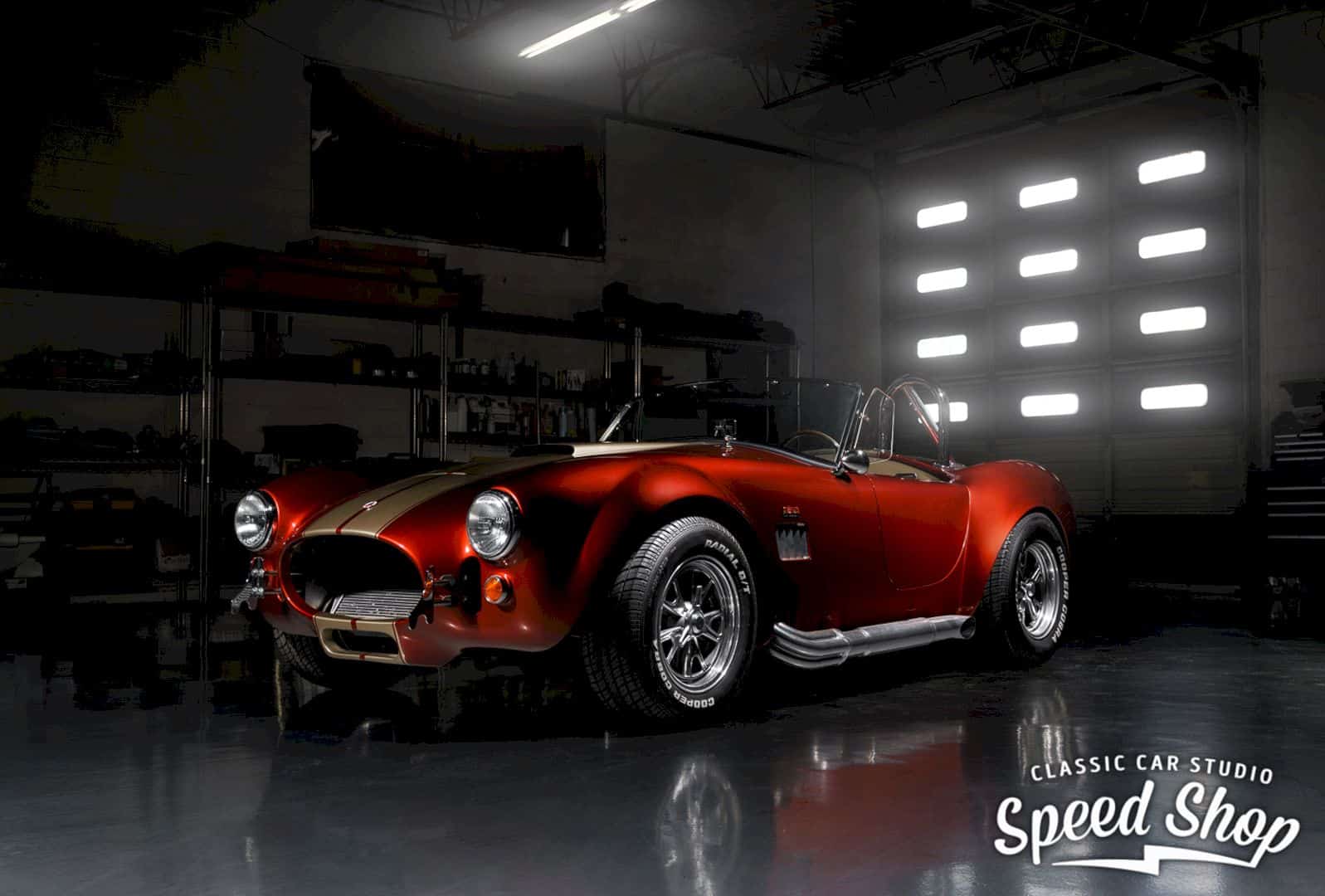 This car modified to accept a super engine, V8. After AC Cobra finished the car, Shelby came to Chevrolet to provide the engine. But Chevrolet rejected. Because Chevrolet already has The Corvette. 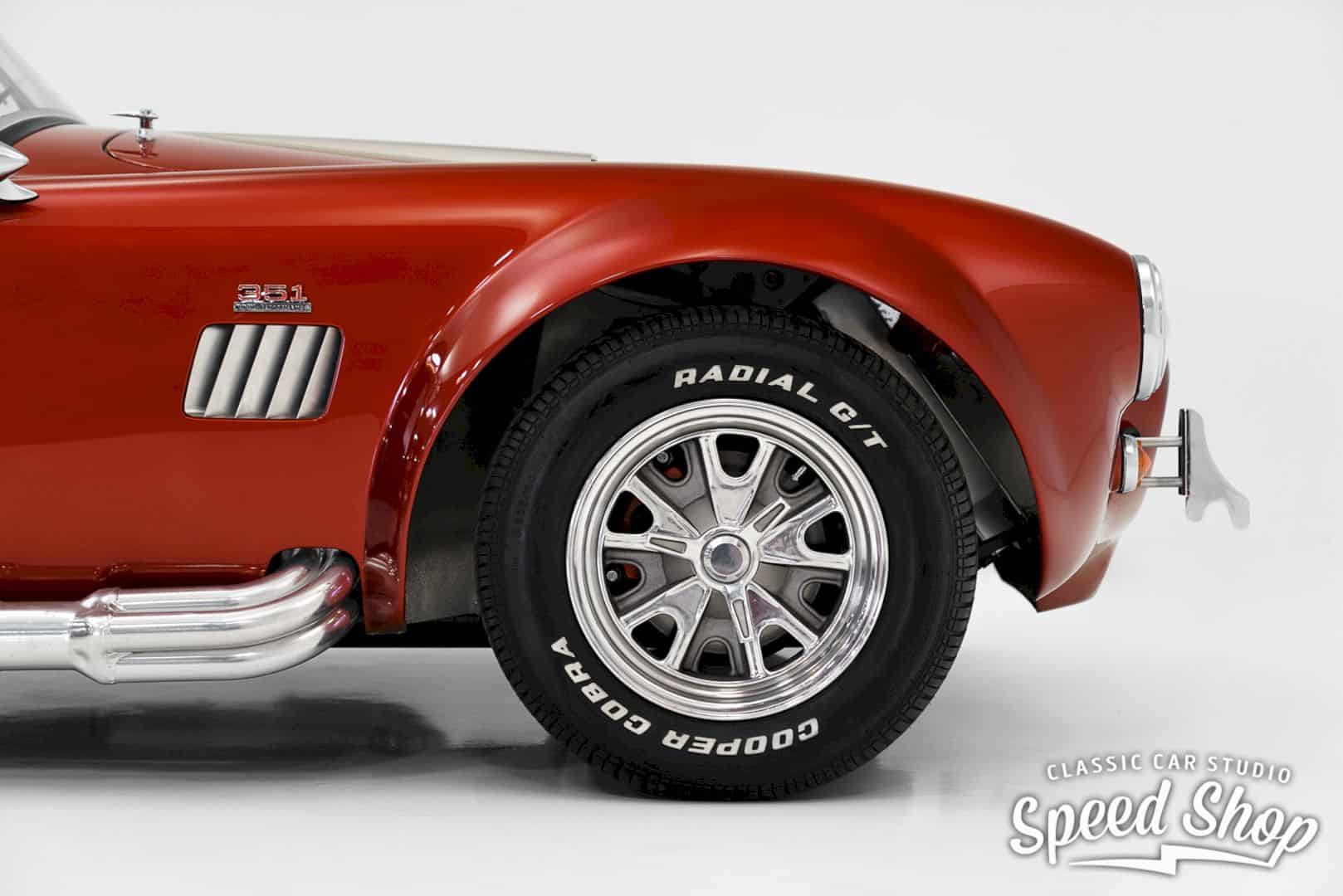 Luckily, Ford heard the news. He offered Shelby to provide the Cobra car a V8 Engine. Ford wanted a car to compete with Chevrolet Corvette Stingray. So Shelby and Ford join and the rest is history. 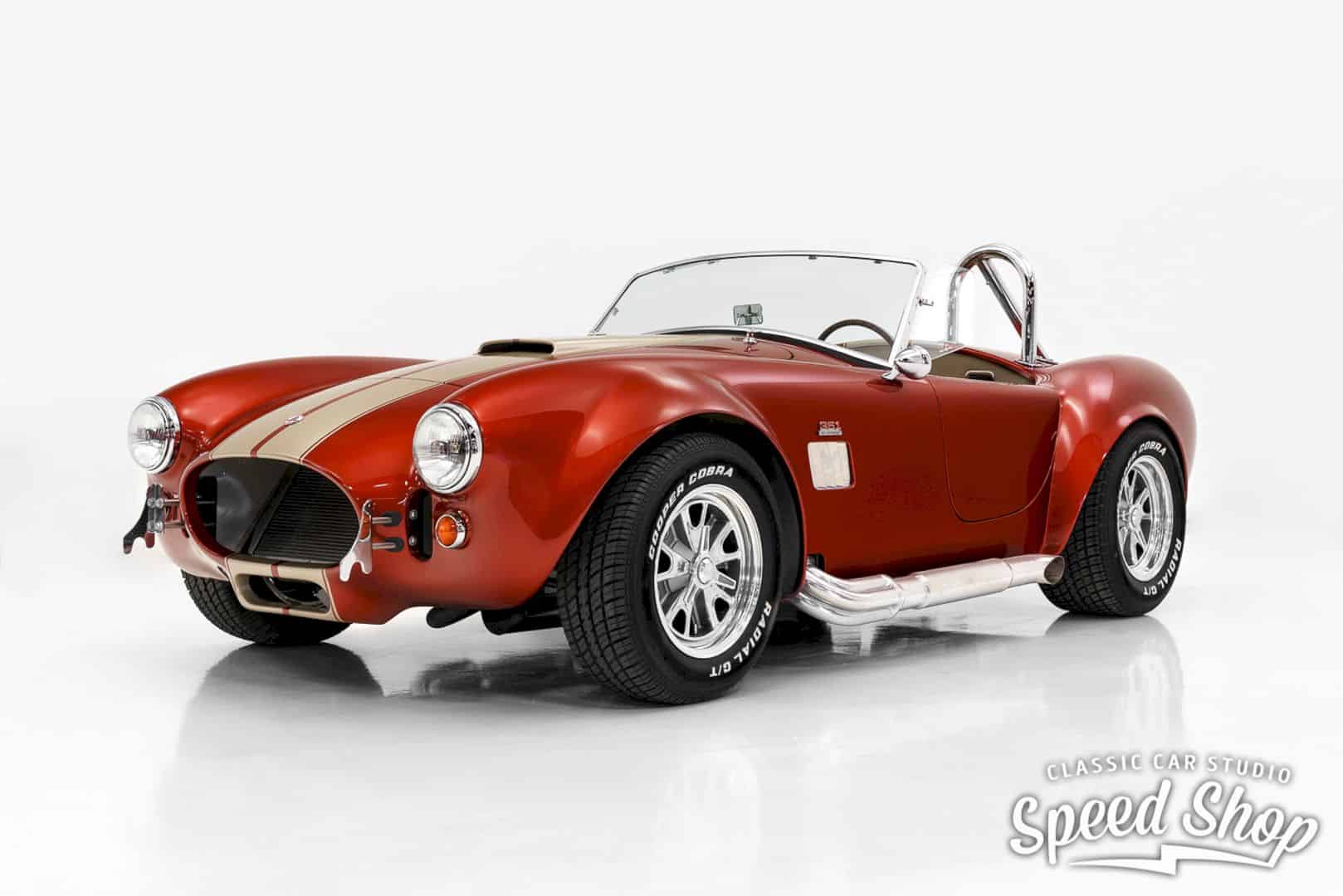 Shelby Cobra or 1965 Cobra is the undisputed darling of the kit car Industry. Since 1983, there are 11 replicas Shelby 427 Cobra Roadster had been built. This is a proof that Shelby 427 Cobra really a legend. 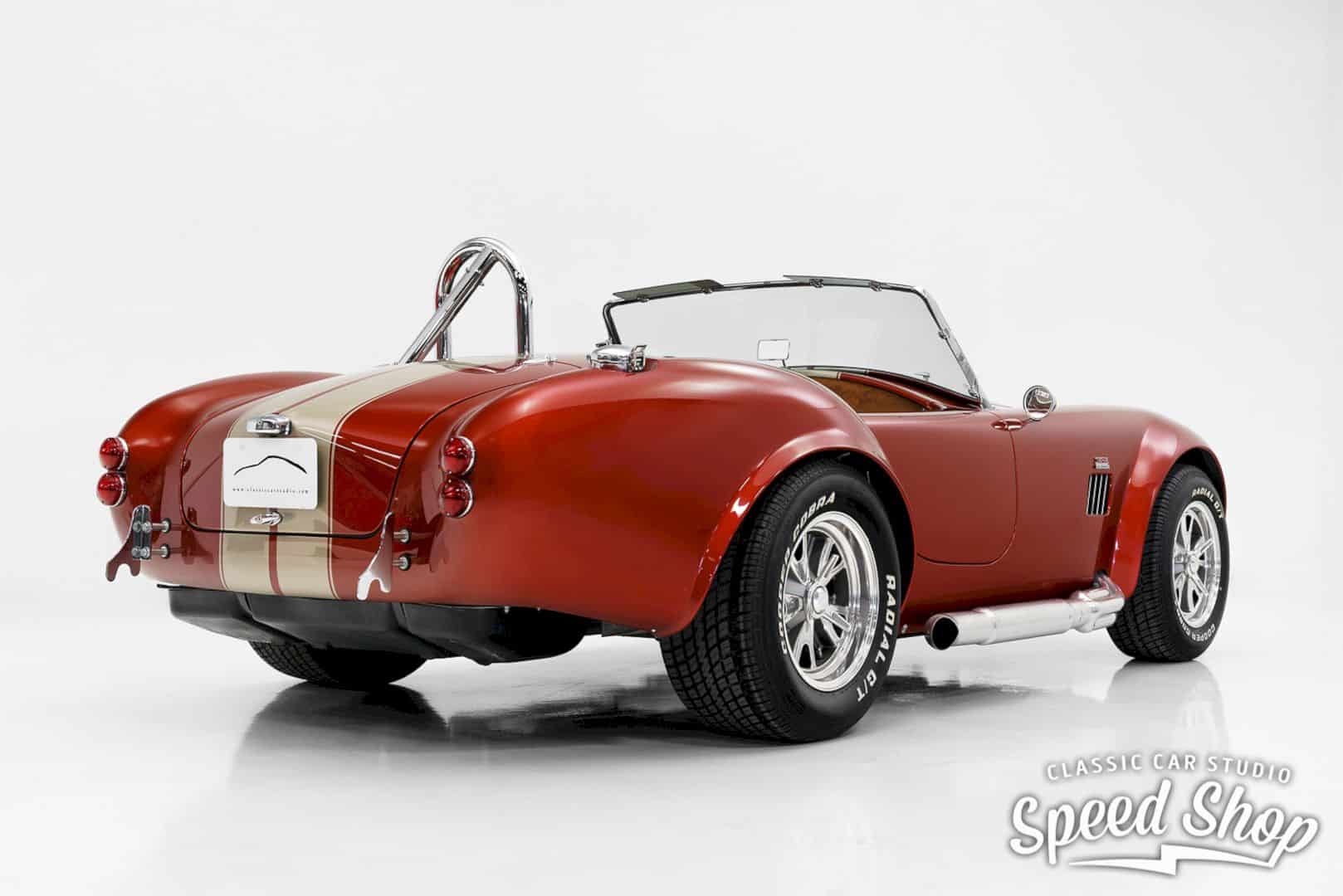 Factory Five Racing who owned by Dave Smith built 427 Roadster Shelby Cobra. The Company claimed that they buy a kit, $10,990. And Dave put the V8 Mustang Engine built in 1993 to the kit. This 1965 Cobra really fascinating with Rave Red in the exterior.

Plus white stripe in the hood. In the interior, you will see a wood panel in the dashboard and leather. This car uses manual transmission, 4 speed.

This Factory 5 Car was brought to Classic Car Studio. Classic Car Team painted and gave finishing touches after sitting for 15 years. They brought back this car life and fulfilled owner’s hope. 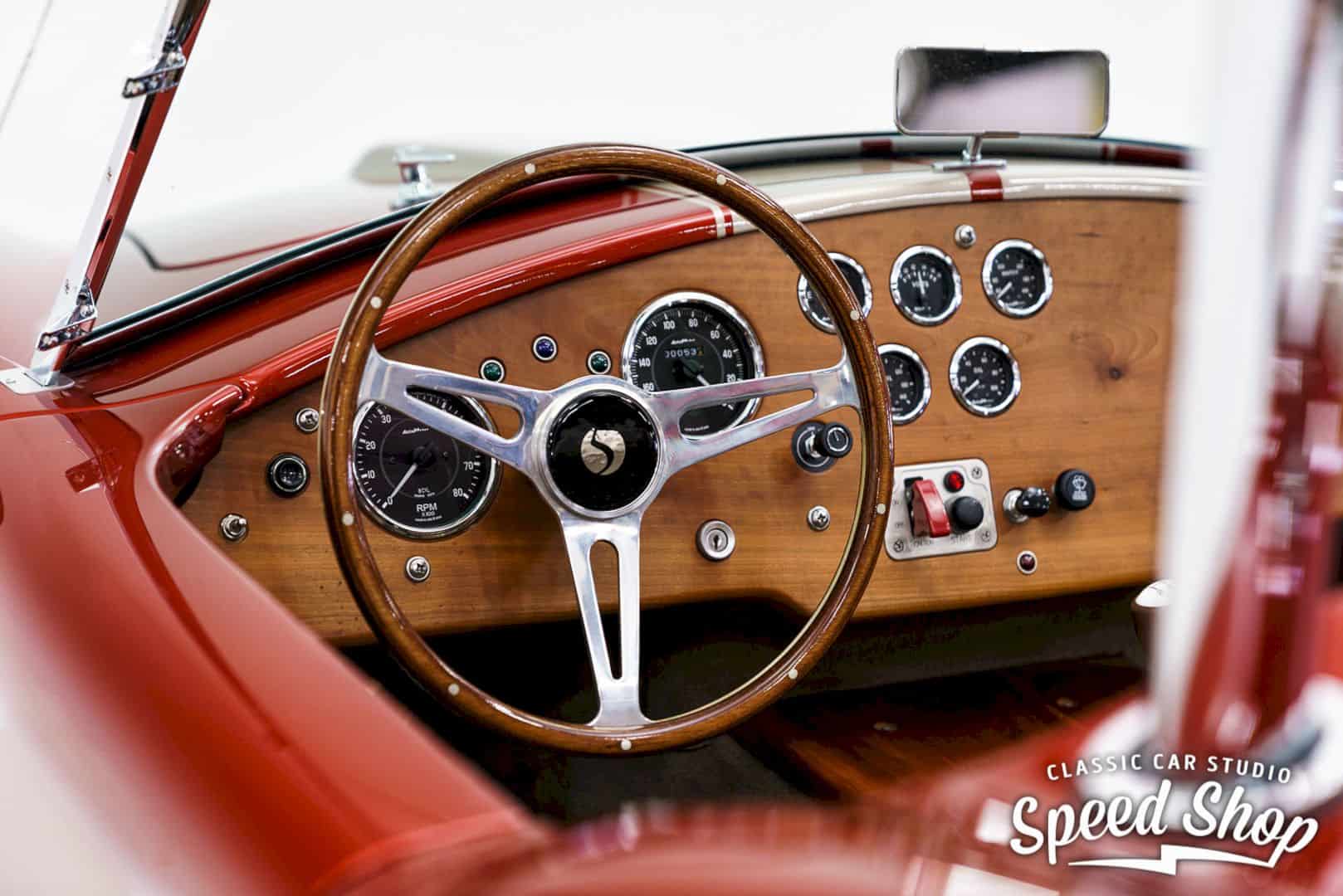 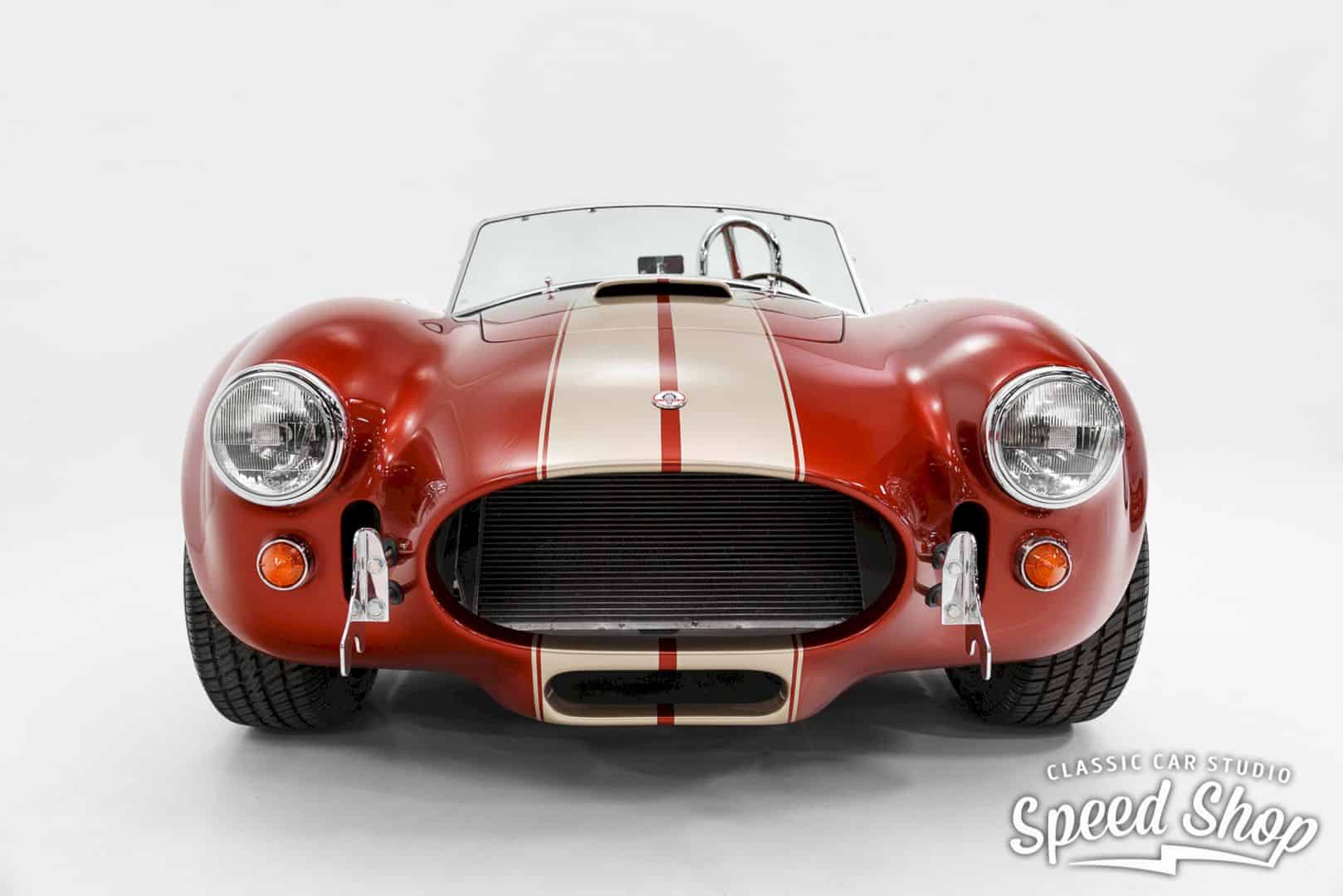 This car has a racing spec. In this 1965 Factory Five Cobra has been converted by the addition of safety bar. Also, there is a leather racing seat, a small driver’s side windscreen, racing belts, and also stripped interior. This is really an undisputed darling of the kit car. Awesome.