Ford is not only focusing on producing mere passenger cars. The manufacturer from the United States also makes cars that can only be used on race tracks, such as the Ford GT MK II. The Goodwood Festival of Speed is a moment that Ford uses to show off their latest high-performance cars and it is indeed can only be driven on a race track. 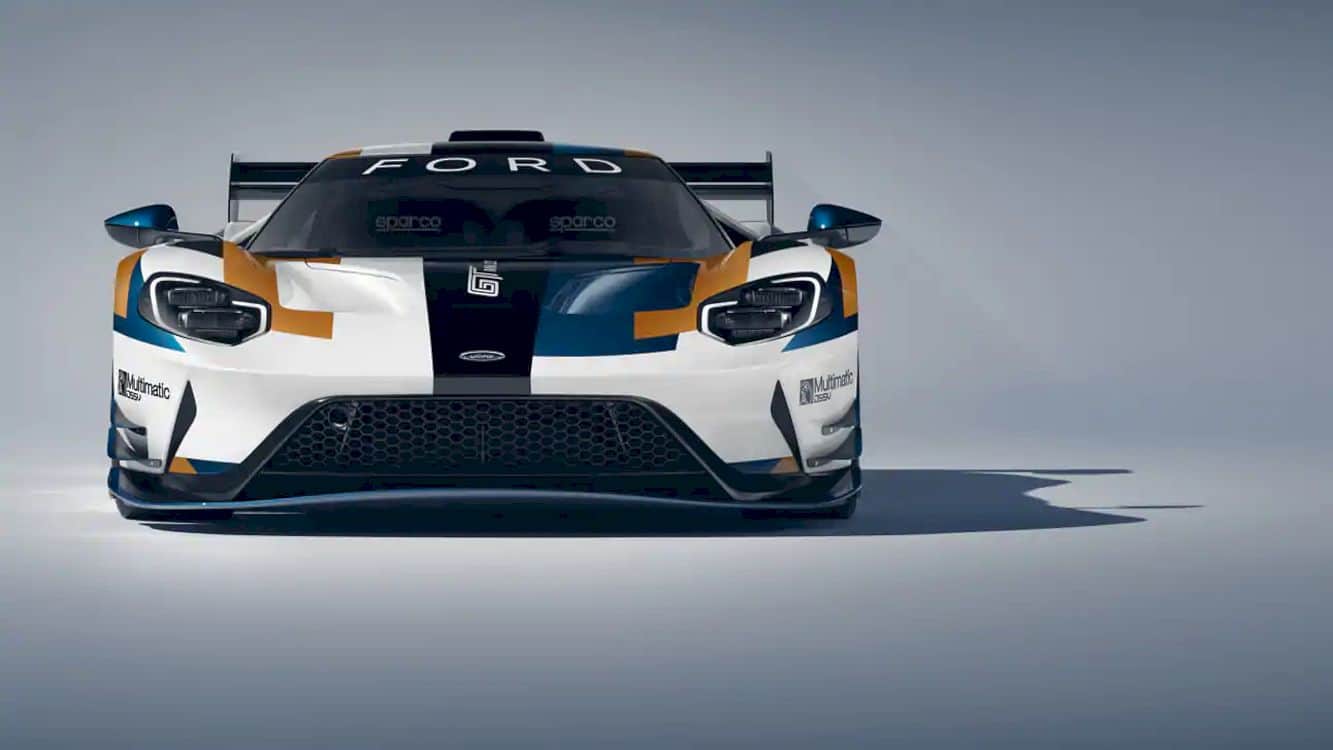 The design of the GT MK II looks more aggressive thanks to the rear spoiler which is much larger and longer than the body. This large dimension aims to make downforce bigger than other supercars.

In addition to changes to the spoiler, the front bumper design has changed, in the layout of the air intakes and has a larger splitter and larger front fenders. The design changes make aerodynamics up to 400%, compared to the standard version of the Ford GT. 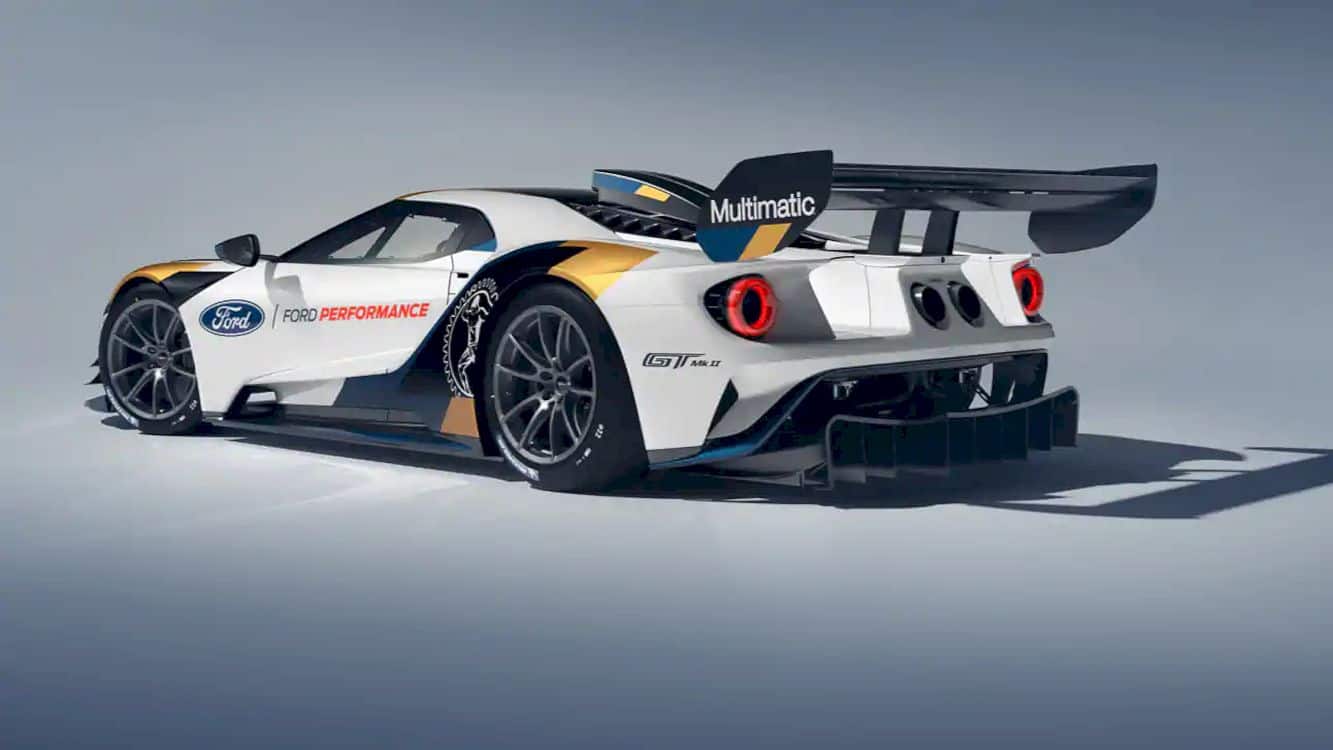 The monster inside the front cap of GT MK II is not half-heartedly built, Ford equipped it with a V6 engine, twin-turbocharged with a capacity of 3,500 cc. This machine is capable of producing an output of more than 700 hp.

The engine delivers power to the rear wheels through a 7-speed double-clutch gearbox. The transmission is adapted from the highway Ford GT model, which is recalibrated to handle increasingly powerful engines and creates increasingly aggressive control on the race track. 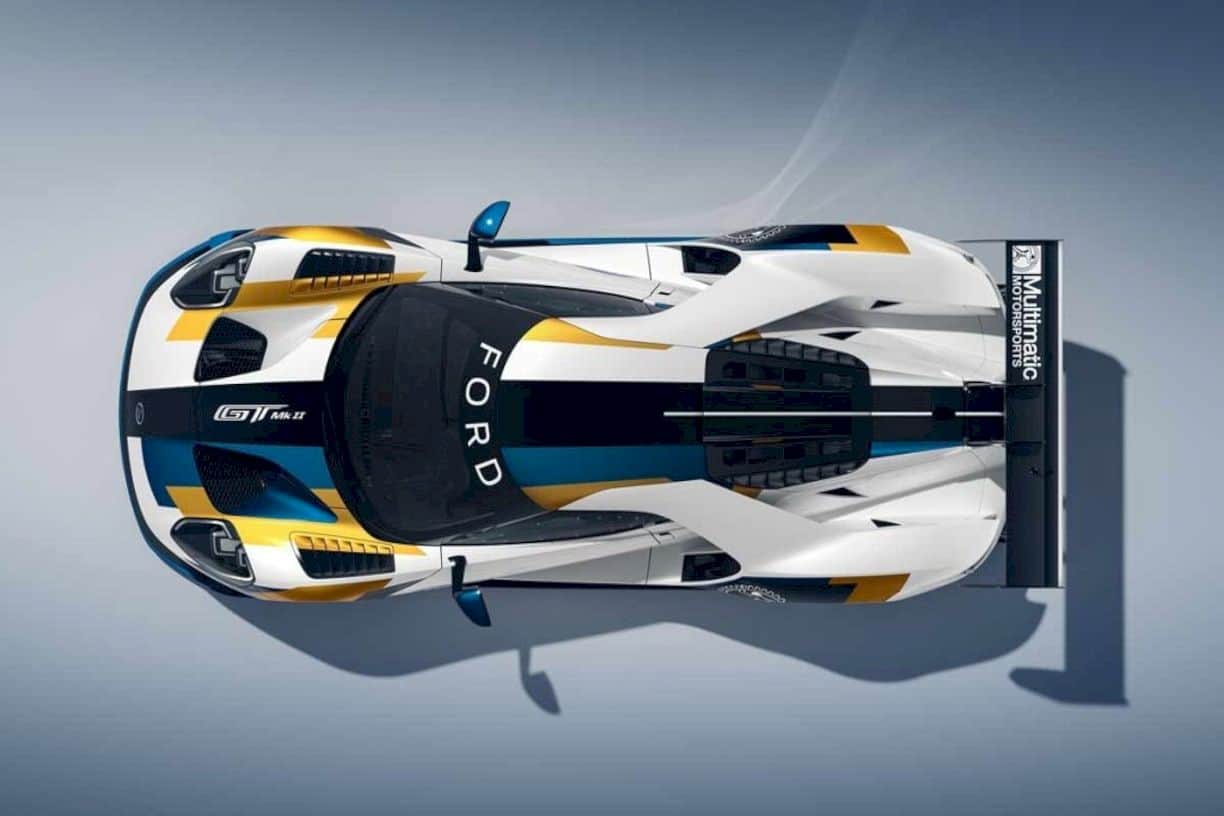 There are innovative engine coolant technologies with high capacity air coolers with water spray. So, at high engine temperatures, atomized water will be sprayed automatically into the intake channel. This aims to cool the temperature of the fuel put into the engine, so that the power produced remains consistent.

There is an air hole on the roof of the car that serves to provide additional cooling to help cool the engine, clutch, and transmission. This hole is intended to provide optimal cooling at high speeds. 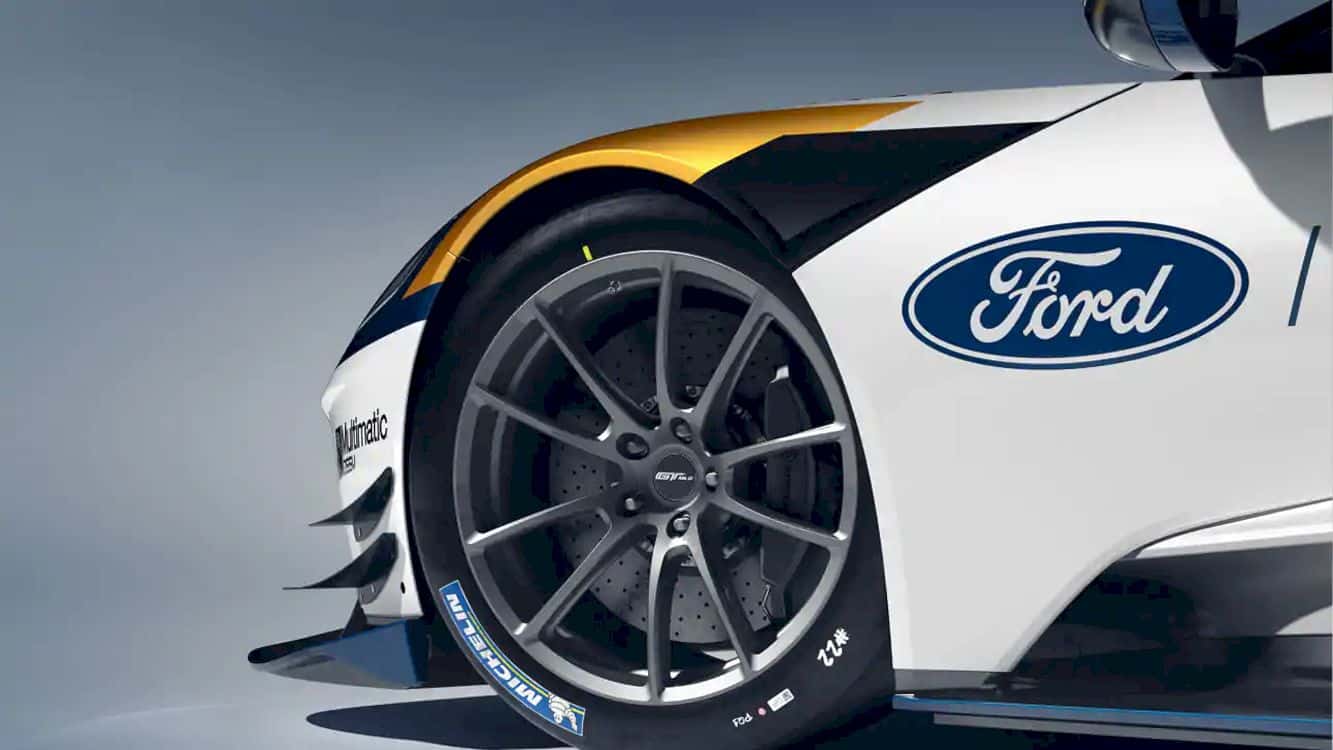 The powerful engine that can spit more than 700 hp certainly needs an extra braking system. This supercar uses carbon-ceramic brakes, assisted by Brembo-made rotors measuring 15.5 inches on the front wheels and 14.1 inches on the rear wheels. The wheels use 19-inch rims wrapped in slick tires from Michelin Pilot Sport GT, for an extra grip. 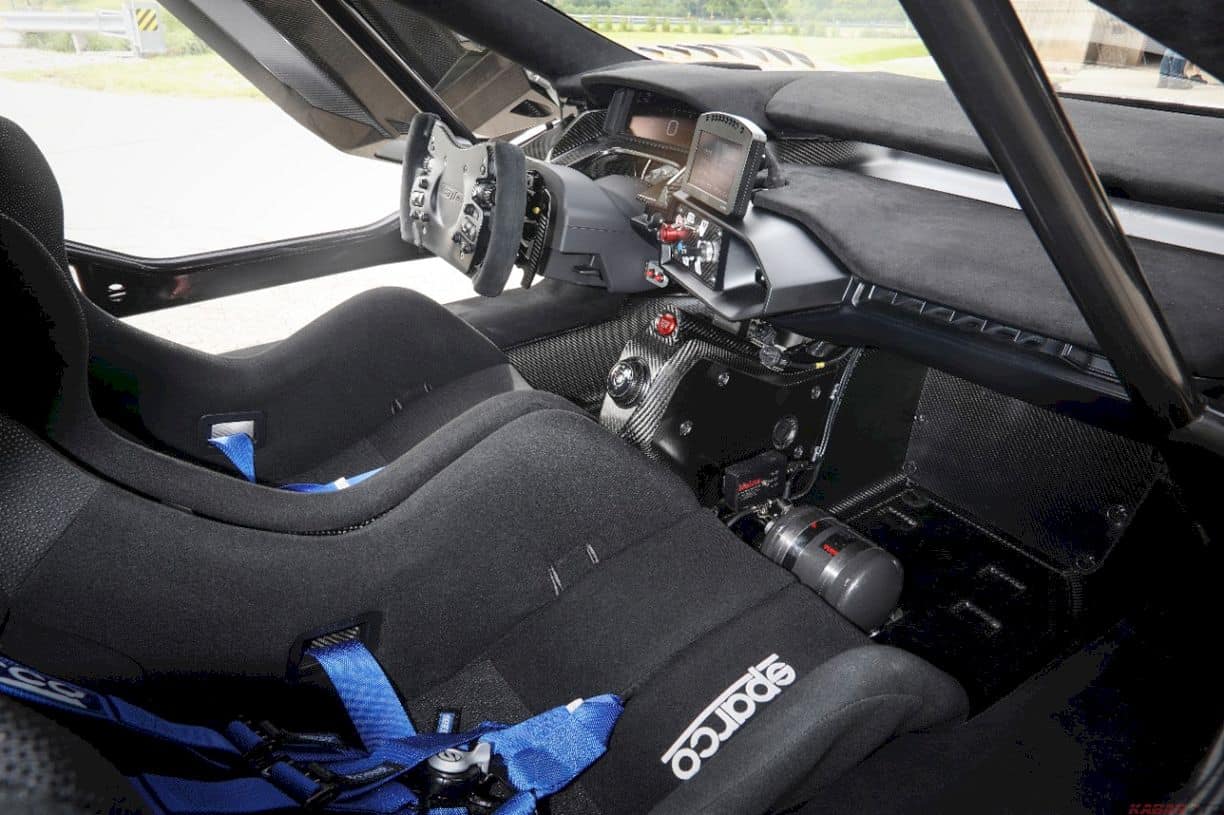 Not only does it look sporty on the exterior, the inside looks full front racing nuances with the use of Sparco racing seats specifically for the driver, 6 point racing harness and a small steering wheel with various buttons for car functions.

Modifications are made by changing the design of the center console, elevated seating with different button layouts, and added carbon fiber material covers. There is a new screen above the center console that is connected to the MoTeC data acquisition system. The function contains information when the car is running on the race track. 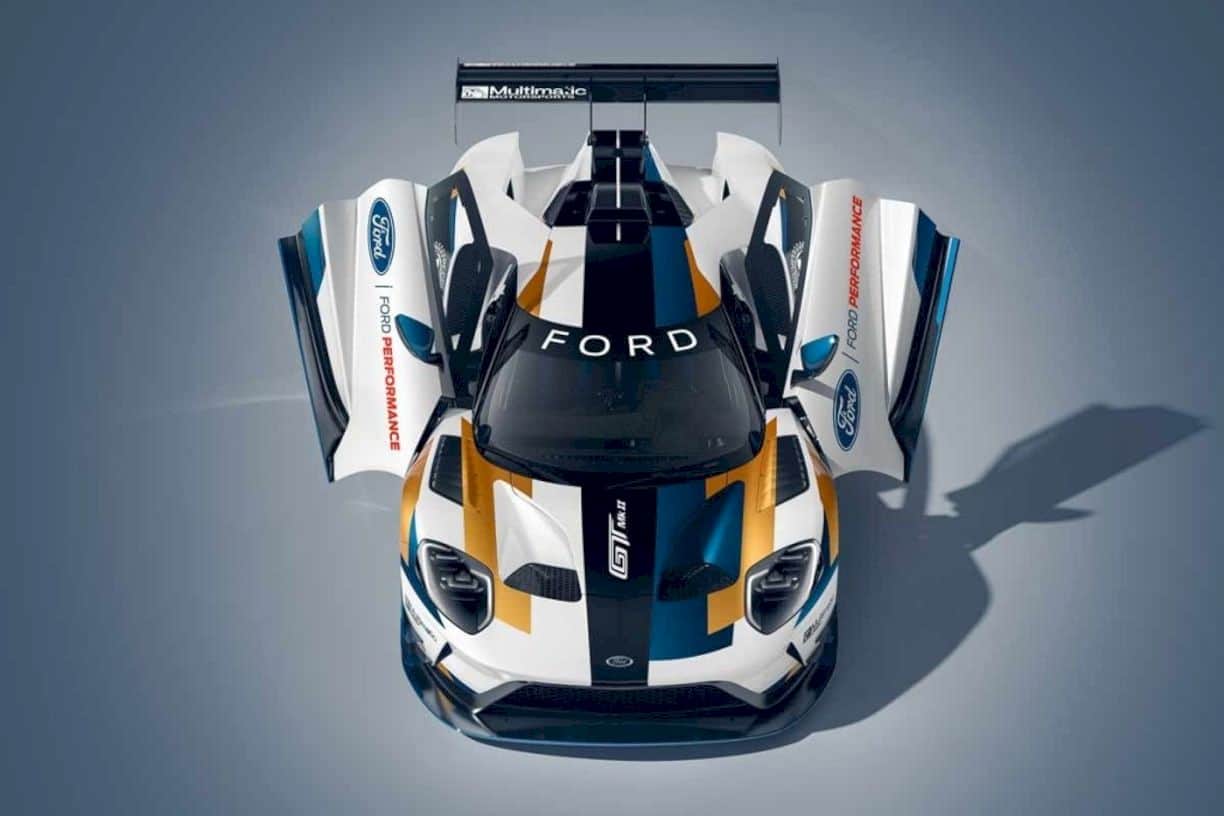 The Ford GT MK II base basically comes from the GT produced at the Ford plant in Markham, Ontario, United States. The unit was then taken to Ford Performance and Multimatic facilities for transformation.

This supercar can be ordered through its official website with a official starting price of $ 1.2 million. Unfortunately, Ford is putting the extra limited edition on their latest GT MK II which is only available for 45 costumers worldwide. 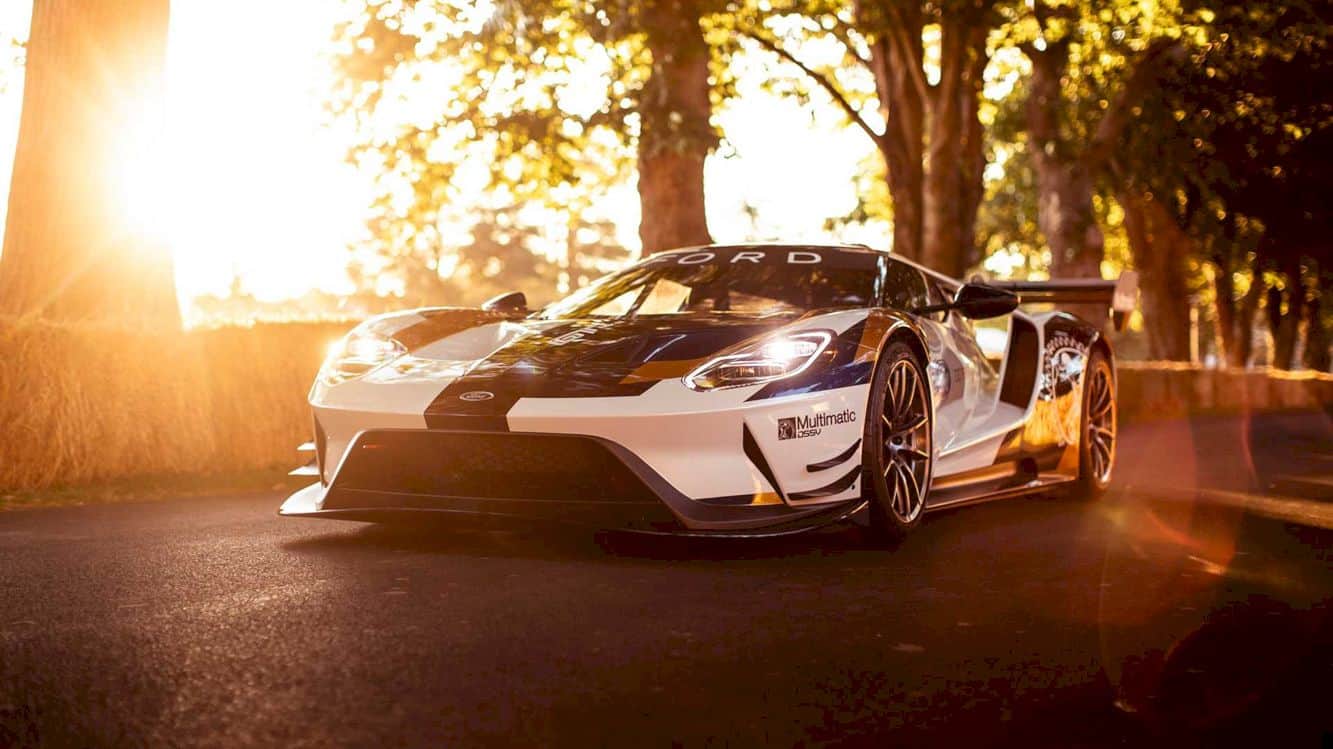 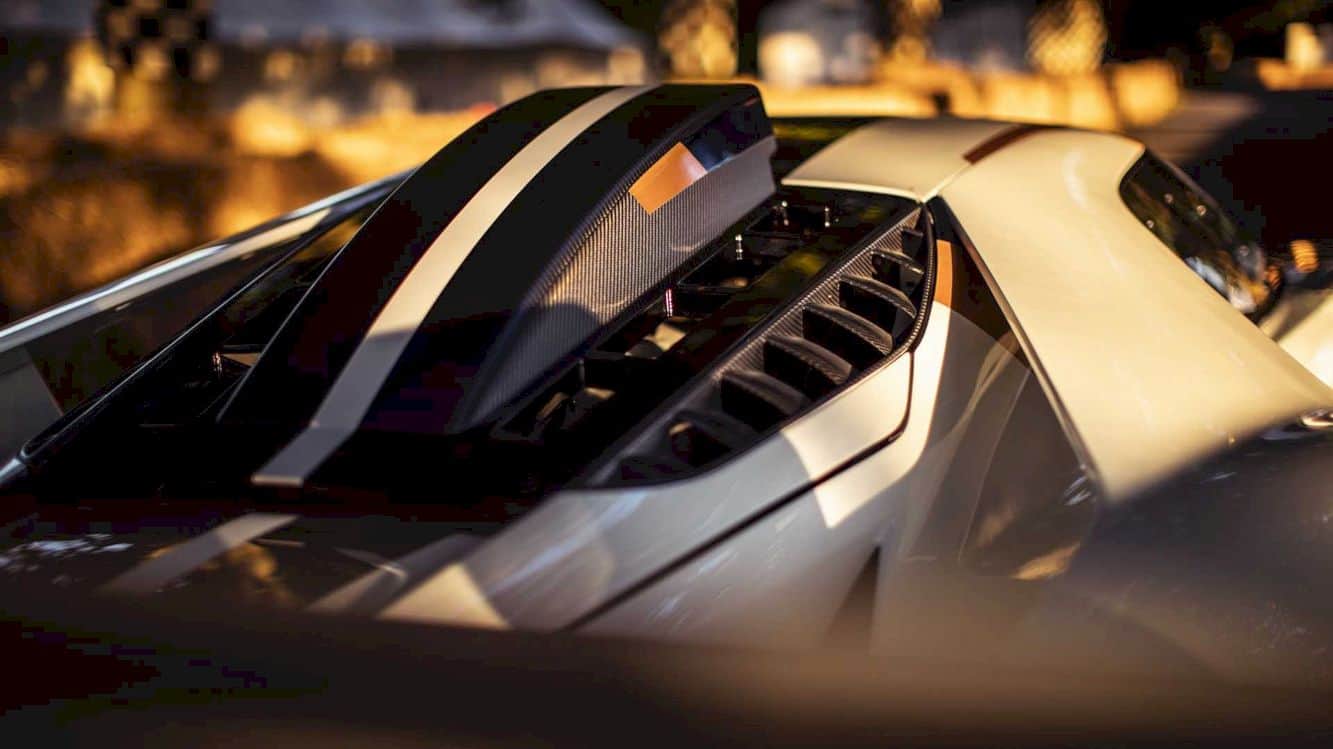 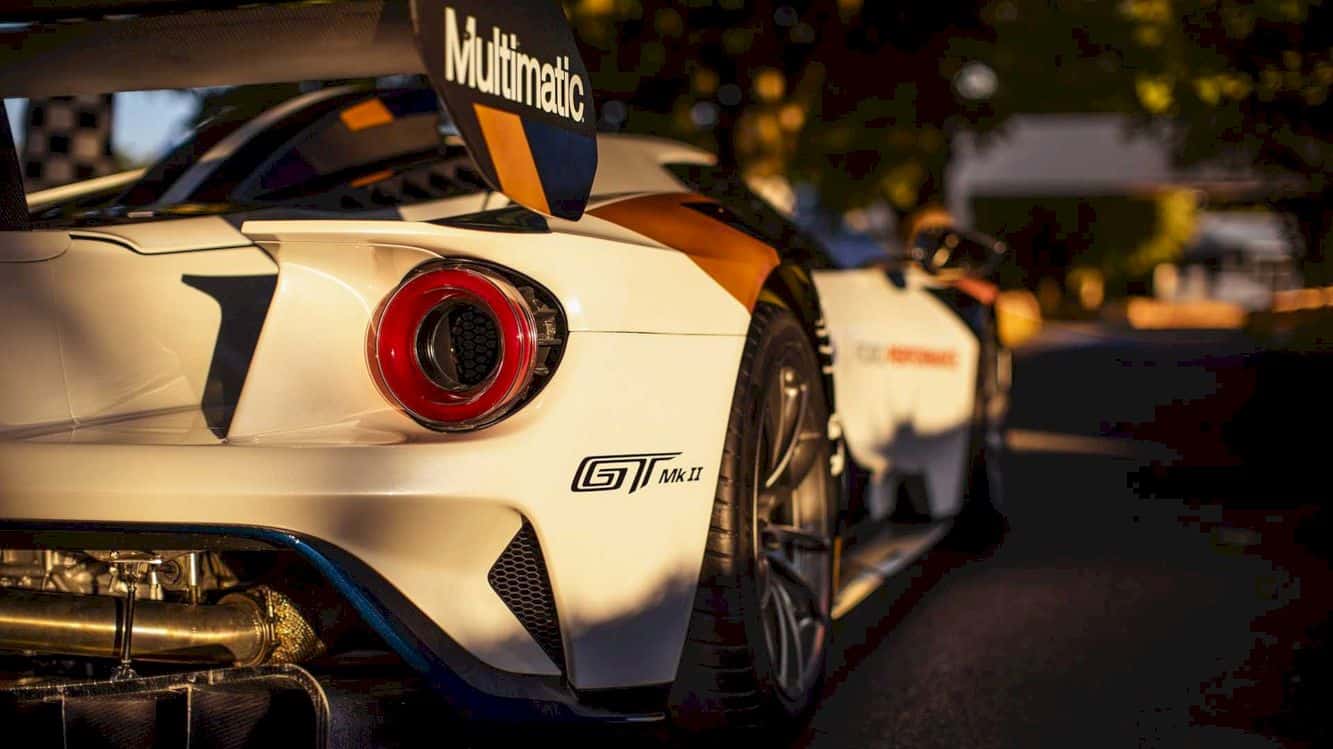 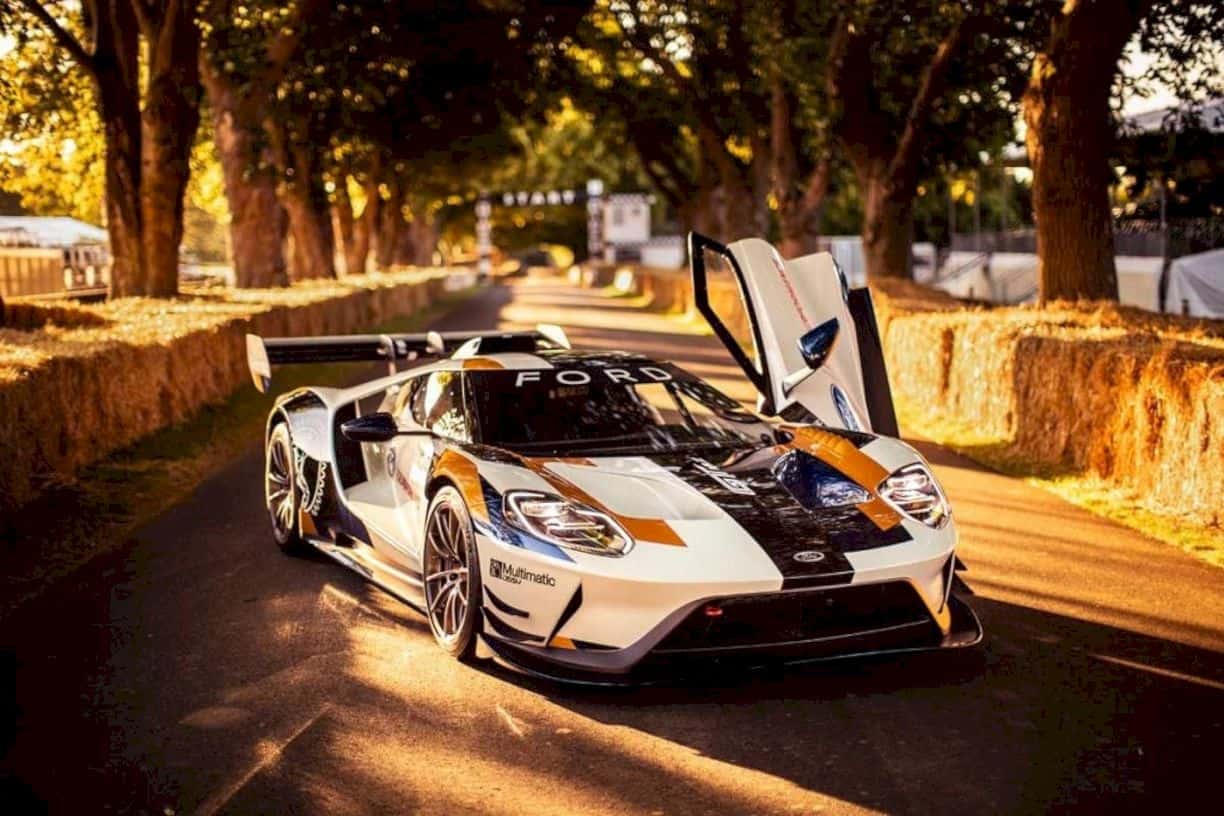 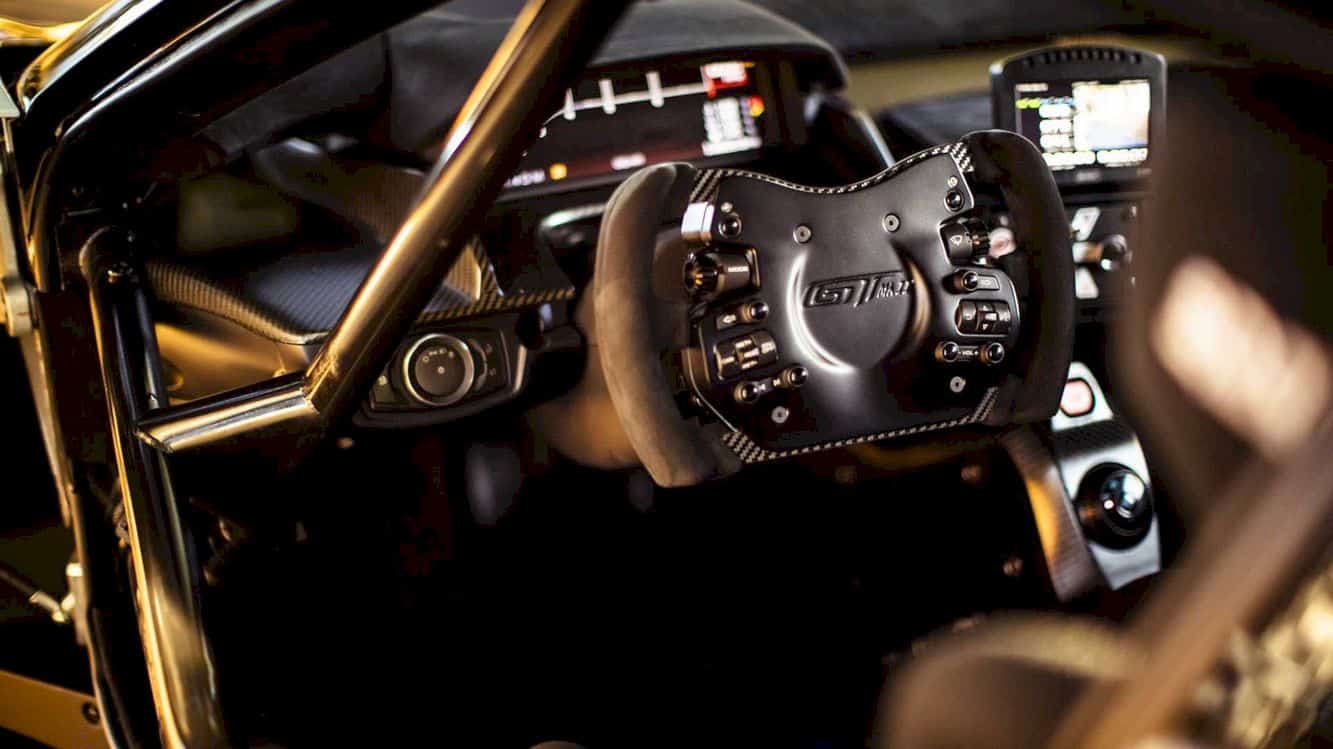 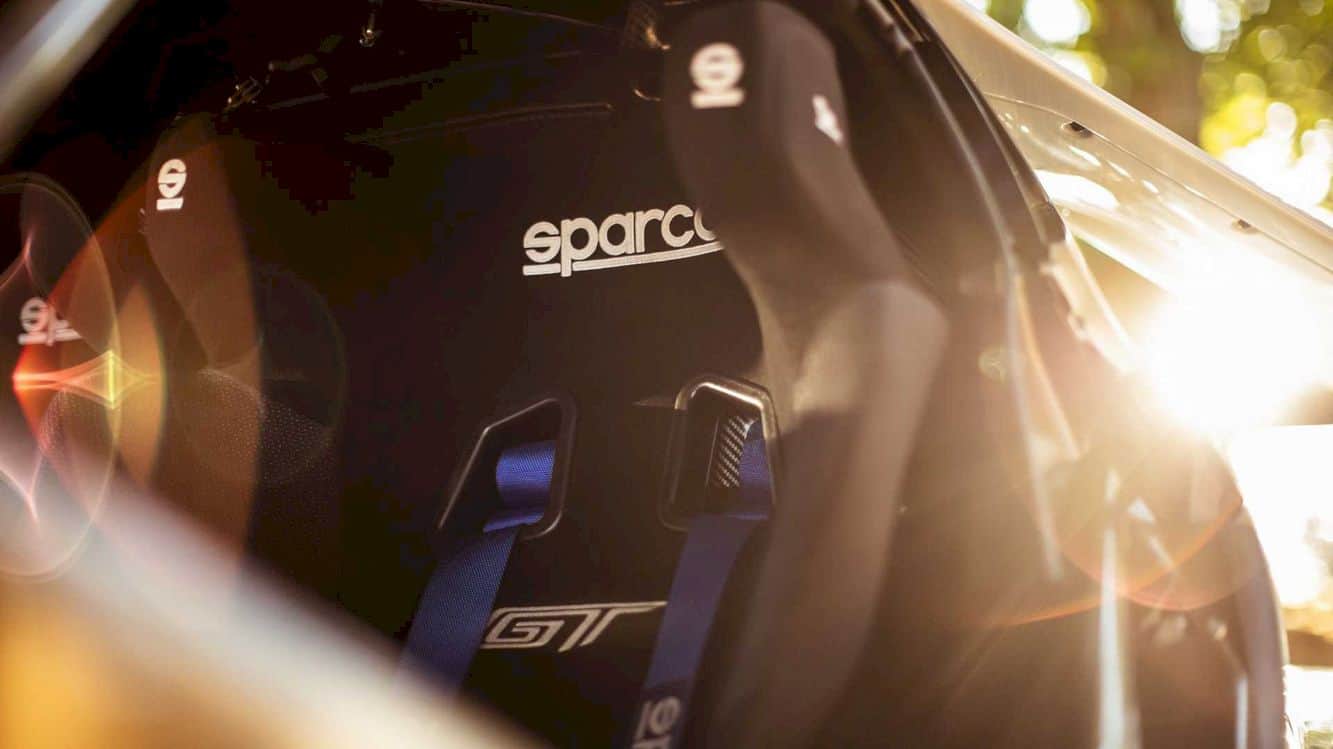