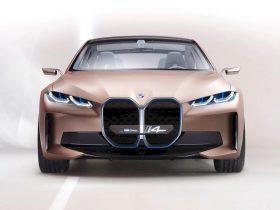 It’s hard not to know the Ford Mustang. One of the biggest icons of this muscle car category has existed for more than half a century, and in that long period of time, Ford has released six different Mustang generations, with the last generation being marketed since 2015. 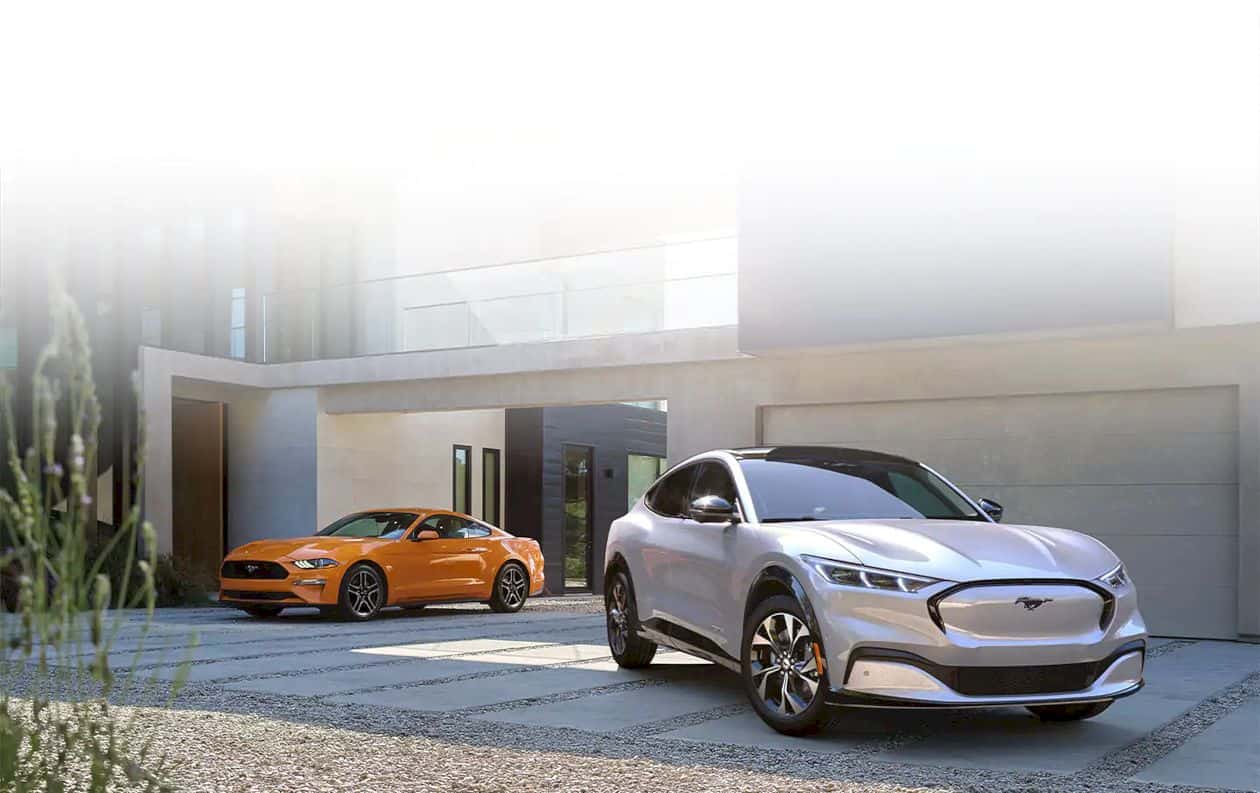 Well. the sixth-generation of the Ford Mustang is quite special because, for the first time, there will be a model that does not need to drink gasoline. While the muscle car is identical to the large capacity V8 engine, Ford ventured to design an electric version of the Mustang.

The concept was then developed its way to the process where the Ford Mustang Mach-E was released to the public. This model is the first Mustang to be powered by electricity, as well as the first to adopt the SUV design.

Apart from these two new additional frameworks, several distinctive elements of the Mustang can still be seen clearly from the exterior, and its sporty impression is not faded even though it is in the form of an SUV.

As part of the Mustang family, Mach-E certainly stays through to its reputation in terms of performance. The cheapest configuration of the gen is capable to produce 332 horsepower and 417 Nm of torque. 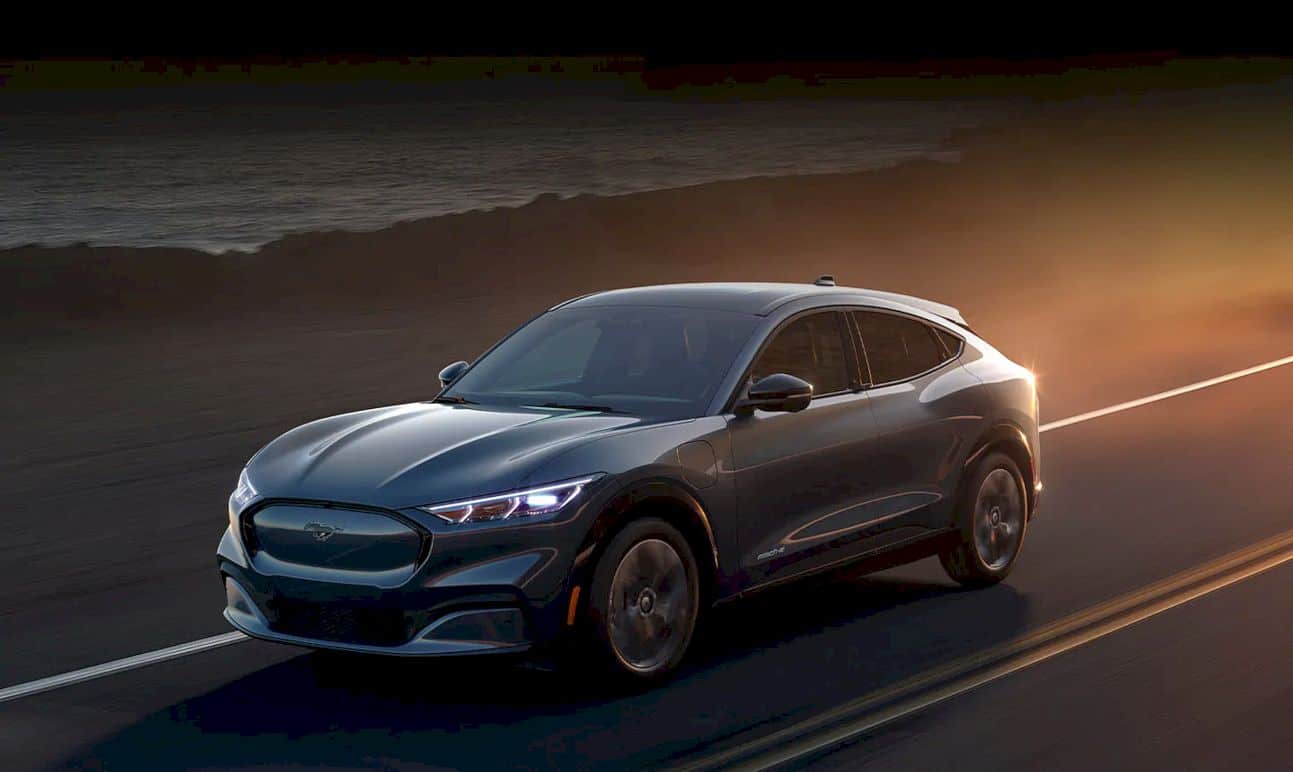 At the same time, Ford will also offer the Mach-E GT Performance Edition, the most expensive and most powerful variant the capability of producing 459 horsepower and 830 Nm of torque, with acceleration from 0-100 km / h in the range of 3 seconds. 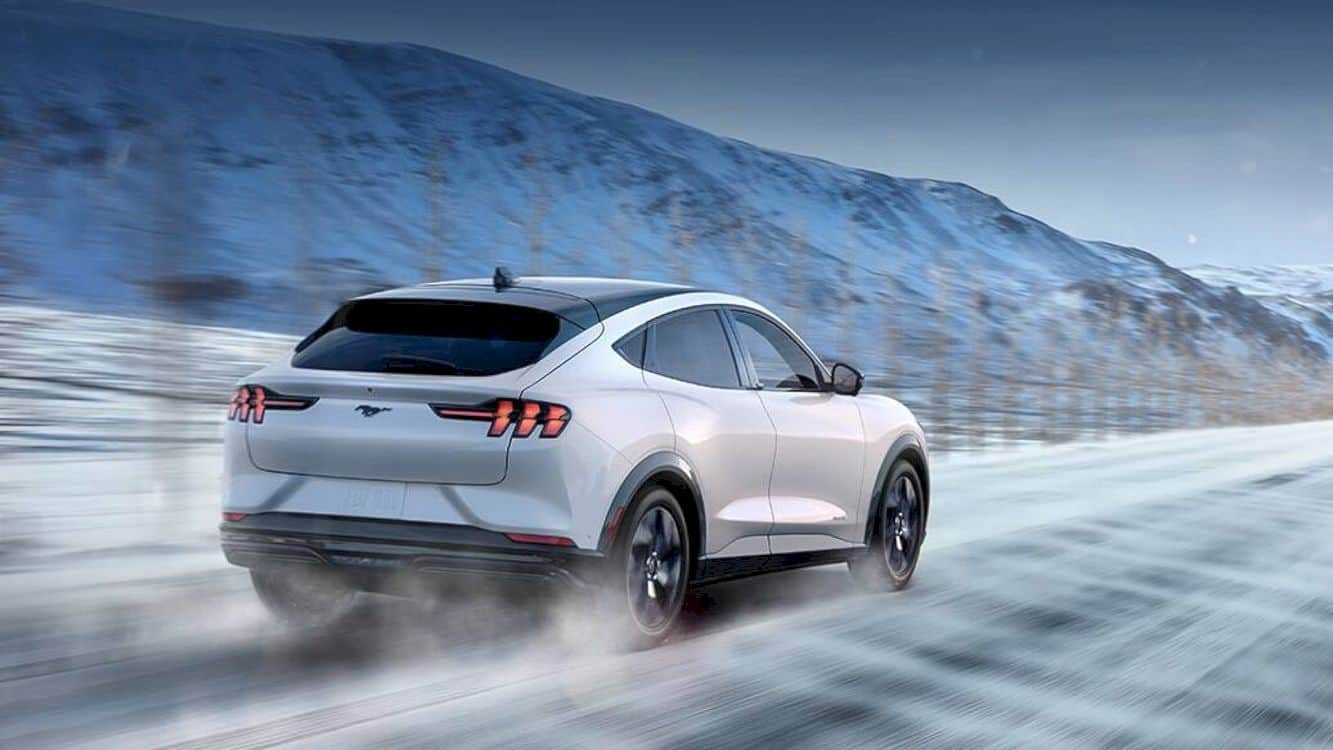 On efficiency, Mach-E did great. The cheapest variant will come with a 75.7 kWh battery, but consumers can also choose the option with a larger capacity, 98.8 kWh. For those with a large capacity, Ford claims that one charge is enough to push the Mach-E to a distance of 480 kilometers. 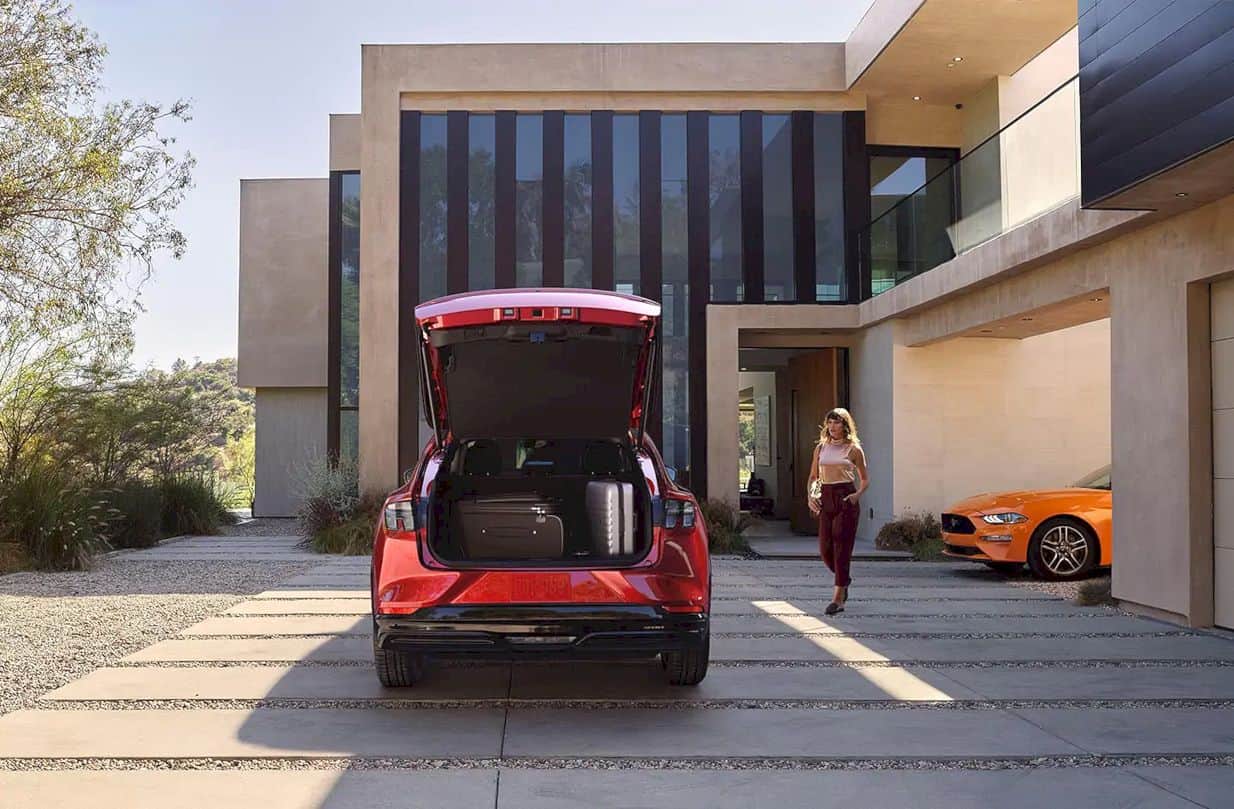 Another interesting selling point is the latest generation of Ford SYNC infotainment system which made its debut with Ford Mustang Mach-E. The premise that Ford offers is an adaptive system, which utilizes machine learning to continue to study driver preferences over time. 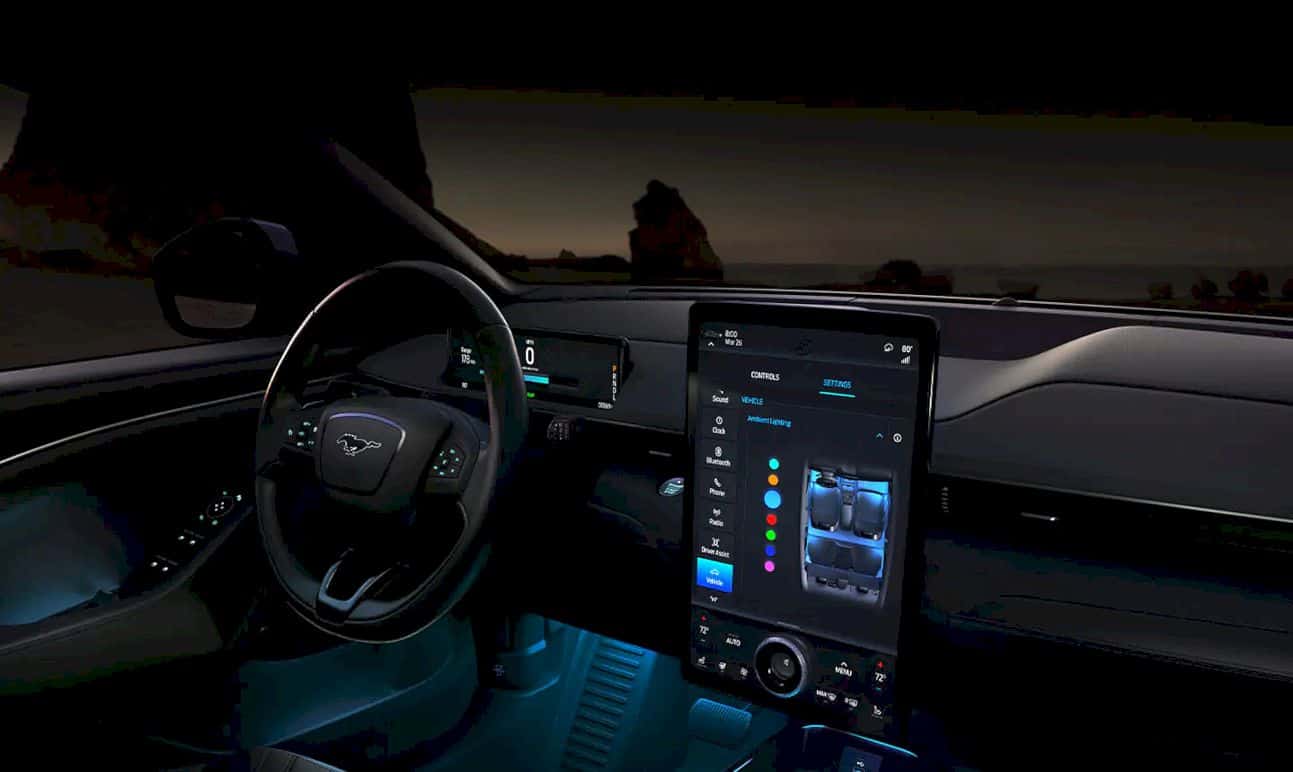 The interface itself relies on a large 15.5-inch touch screen positioned in the middle of the dashboard. One interesting detail on the dashboard is the way Ford helped integrate the physical volume knob at the bottom of the screen. 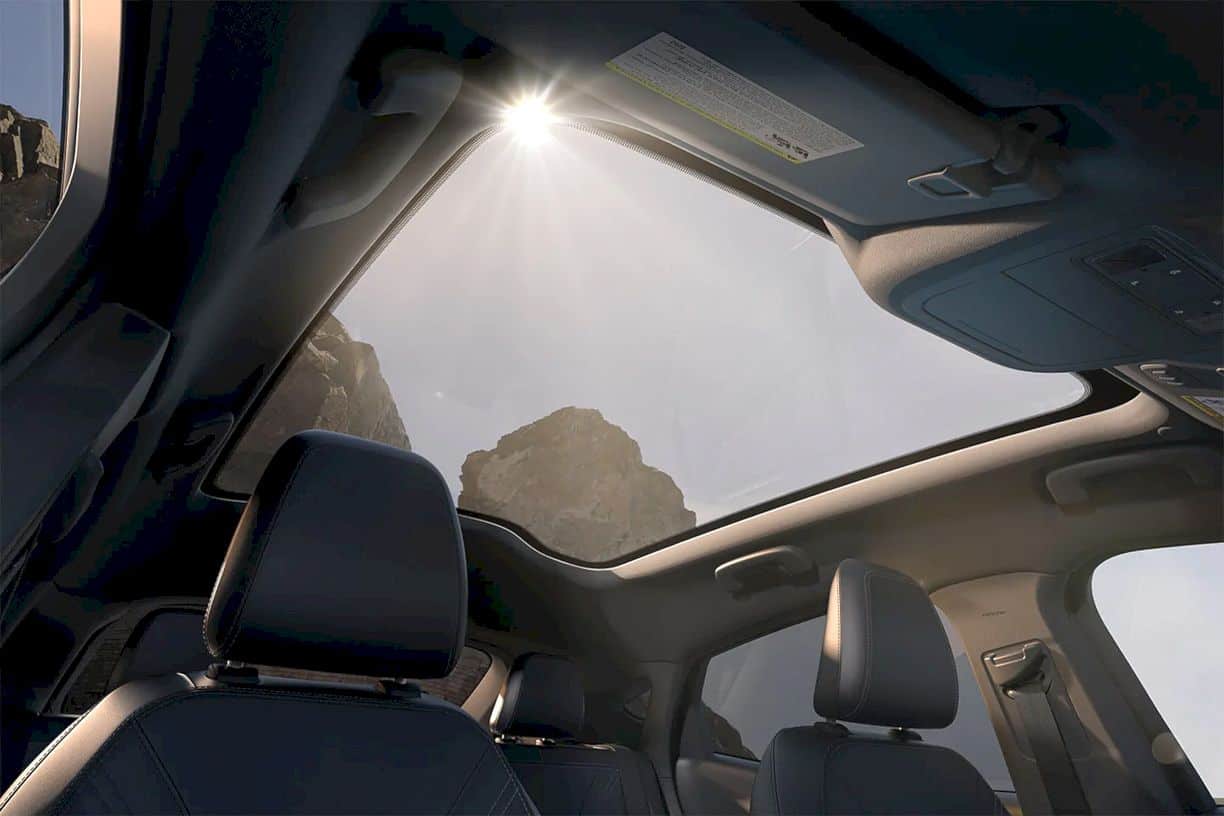 This indicates that not a few consumers who hate having to operate the touch screen can adjust the audio volume through the knob. 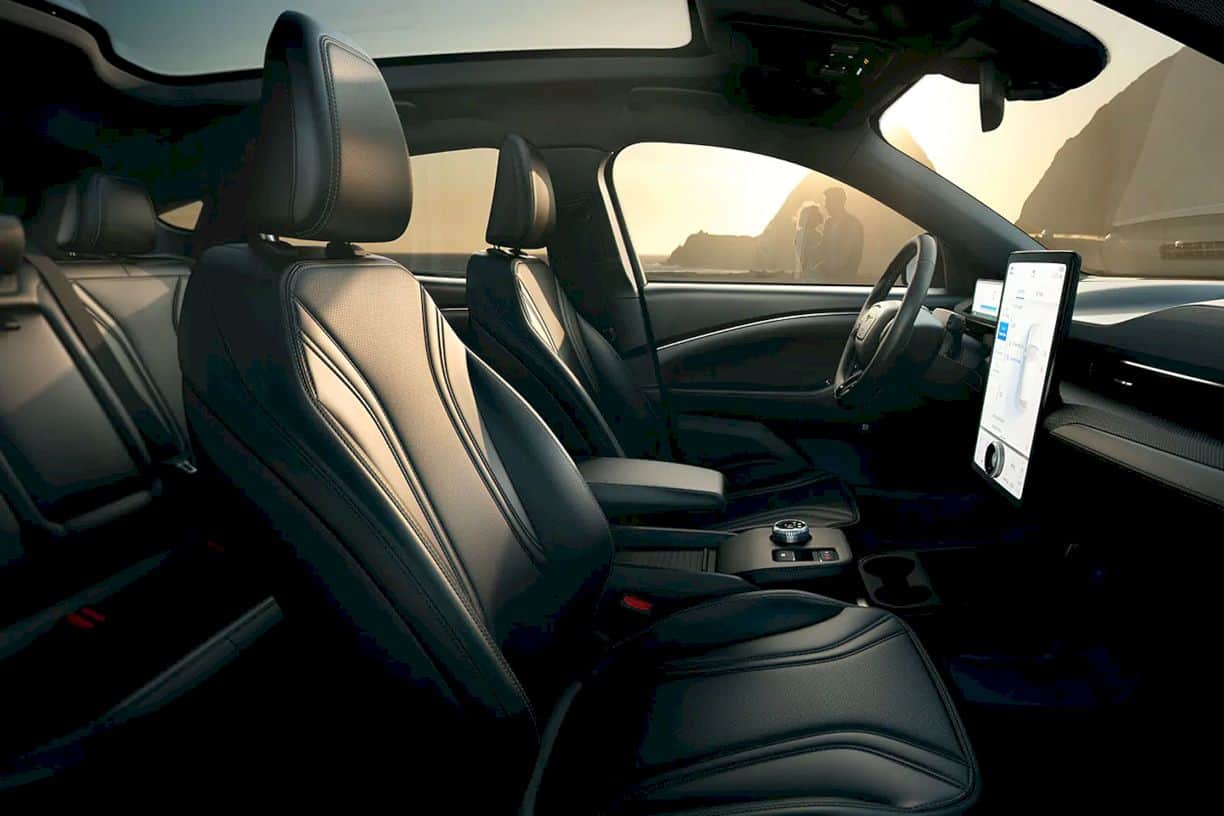 The Mach-E dashboard itself is quite minimalist. The digital instrument panel behind the steering wheel looks tiny. Another interesting detail is the Bang & Olufsen speaker design that is hidden all over the dashboard panel above the AC vent to resemble a soundbar. 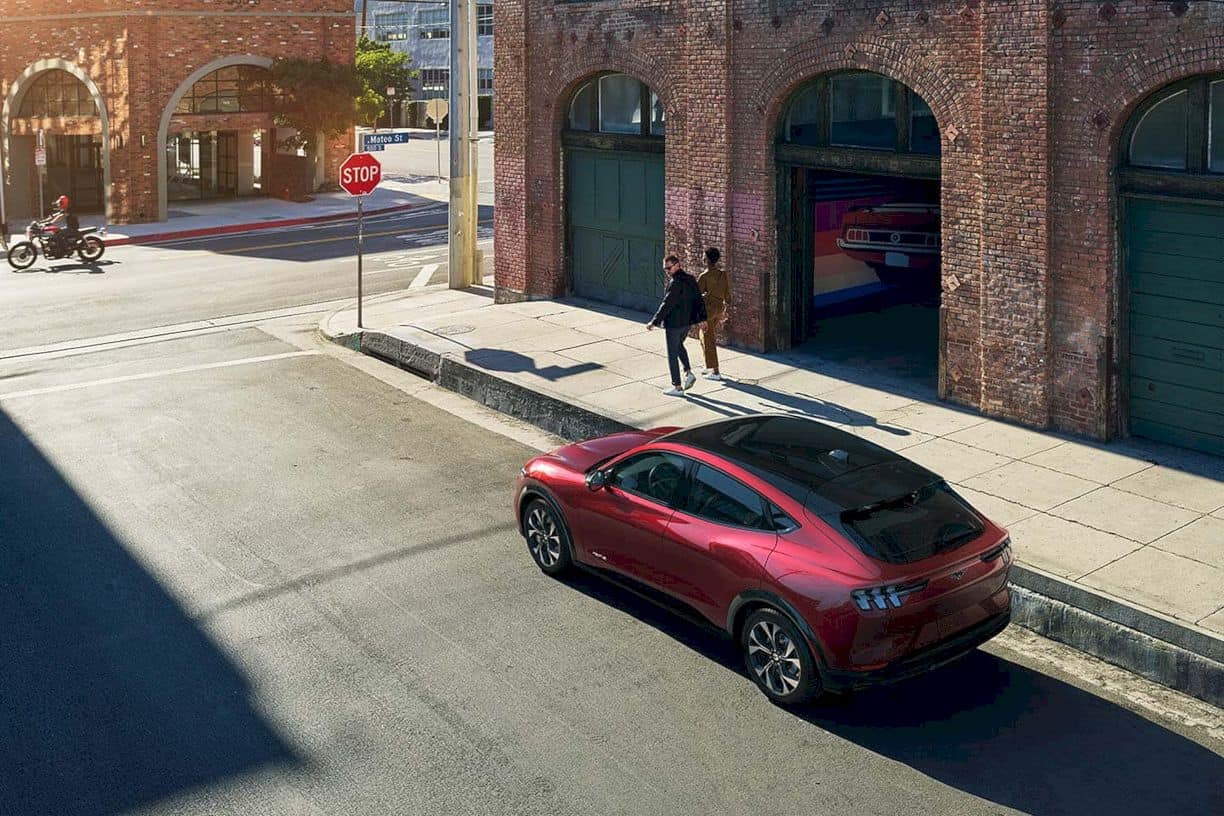 At the same time, the cabin space seemed quite relieved for five passengers, and since it was electrically powered, the engine room at the front had been replaced with an additional baggage area.

Finally, Mach-E is also Ford’s first car that carries Phone As A Key technology, so consumers can unlock the car doors just by approaching the car while carrying their smartphones.

The Ford Mustang Mach-E is scheduled to hit the road at the end of 2020, with prices tag starting at $ 43,895 for the lowest configuration.