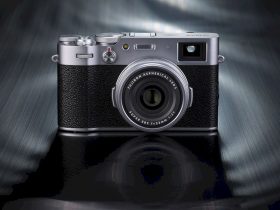 Garmin is getting more competitive by releasing the product they called Garmin Edge 1030, a gadget for cycling that combines navigation, performance and cycling settings in a lightweight design.

Garmin stated that the Edge 1030 has a 3.5-inch capacitive touch screen that is claimed to be responsive, even when wet or touched by gloves.

Garmin claims that the light sensors in this product will adjust the screen brightness automatically so that the numbers of important exercises and performance monitoring tools can be seen easily both during the day and night.

The company also states that this gadget is equipped with Garmin Connect and Trendline route finders. Using the Course Creator in Garmin Connect, Garmin states that cyclists can make a more bicycle-friendly route based on data popularity.

Garmin Edge® 1030 is also equipped with a Cycle Map including turn-by-turn navigation and warning if there are sharp turns in the front. By entering information on distance and starting directions, the gadget will give cyclists three round-trip routes that can be selected and will guide cyclists back to that route if it strays off.

In addition, this product is also equipped with GPS, GLONASS, and altimeter sensors that provide accurate cycling data so that cyclists know how far, fast, and high they are cycling.

Garmin added that the bicycle messaging system will allow cyclists to send messages directly from their Edge 1030 to other cyclists via Edge 1030.

By embedding the incident detection system, the Garmin Edge 1030 will automatically send the cyclists location to their emergency contacts in the event of a problem. While GroupTrack and LiveTrack features allow friends, family, and other cyclists to track the location of the cyclist in real-time.

The Edge 1030 is suitable for use with a new flush mount that keeps the device parallel to the handlebars – not on top – so that the profile is not looking too flashy.

Last but not least, with the battery life of up to twenty hours, the Edge 1030 is compatible with the new Garmin Charge integrated battery pack accessory for battery charging and electrical power during cycling. This will provide an additional 24 hours for cyclists to complete even the longest trips.

Simply to put, the Garmin Edge 1030 is a device that features navigation settings, performance and cycling activities with a lightweight case. The product is marketed at $599.99 for the un-bundled version.