Apple surprisingly introduced the 6th generation iPad Mini. The table has undergone a major overhaul compared to the iPad Mini 5.

The iPad Mini 6 features a new design with a wider, 8.3-inch screen and a thinner frame with rounded corners. The TouchID fingerprint scanner has also been moved from the bezel to the power button like on the iPad Pro line. 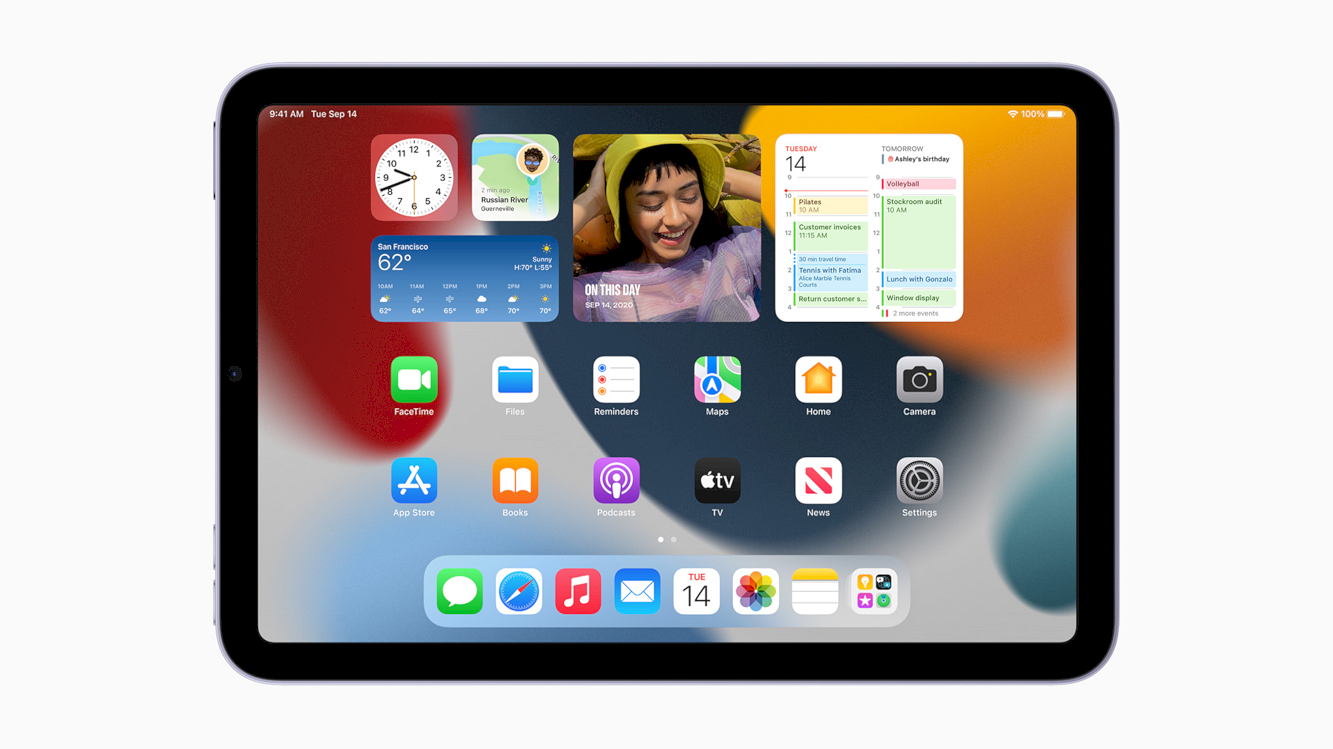 The Liquid Retina Display on the iPad Mini 6 has a brightness of 500 nits and is equipped with TrueTone color technology, and supports the use of the 2nd generation Apple Pencil stylus.

For hardware, the iPad Mini 6 is powered by the same SoC as the iPhone 13, the Apple A15 Bionic which is claimed to be Apple’s fastest chip, with CPU performance up to 50 percent higher than competitors.

The camera on the iPad Mini 6 has also got an overhaul. On the back, there is a 12 MP rear camera (f/1.8, Focus Pixel) that can record 4K video and supports the Smart HDR feature.

The front camera has a resolution of 12 MP with an ultra-wide lens with a 122-degree field of view so that it supports the Center Stage feature to follow the movement of the subject in the frame.

Apple also embeds 5G network support with download speeds of up to 3.5 Gbps. The Lightning port that was faithfully present in previous models has now been replaced with USB type C like in the iPad Pro line.

Then there are also stereo speakers with a pair of speakers located on the left and right sides of the screen when the iPad Mini 6 is in landscape (horizontal) orientation.

The iPad Mini 6 comes in Purple, Starlight, Space Gray, and Pink color variants and comes in Wi-Fi Only and Wi-Fi + Cellular models. The storage capacity options are 64 GB and 256 GB.