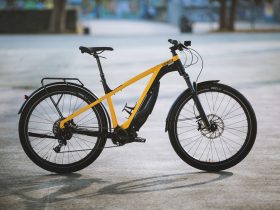 e-Scrambler Ducati: It Will Allow You to Ride Freely in Style.

Several years ago, Peugeot Design Lab has taken a new step in creating an electric-powered folding bicycle with the name Peugeot eF01 and this product was exhibited at the Paris Motor Show. The electric folding bike has been designed to fit into the trunk of a car both sedan or SUV produced by Peugeot (duh!).

Peugeot eF01 has a lighter weight, smoother and can be used anytime anywhere thanks to the innovative mechanism of the Peugeot Design Lab. This bike only takes less than 10 seconds to fold and ride. 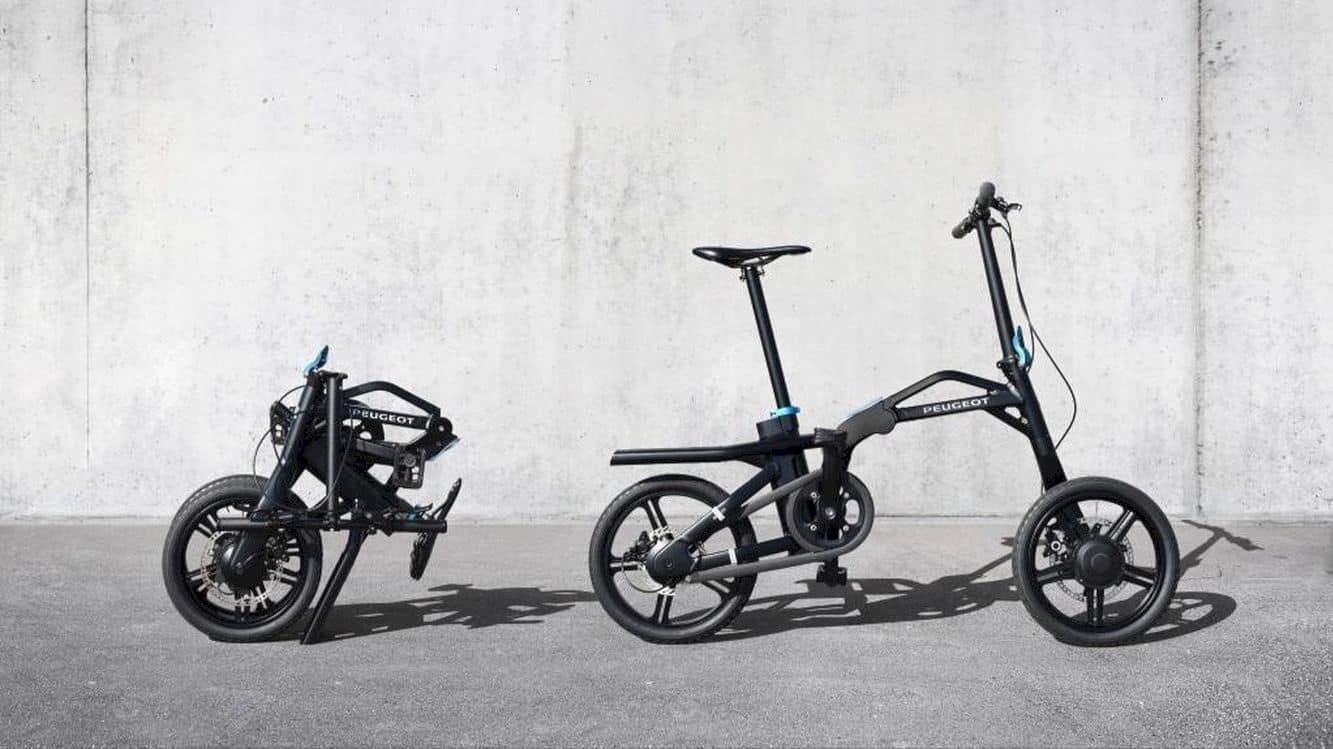 The electric folding bike, Peugeot eF01 has a weight of 17 kg and is equipped with lithium-ion batteries with a range that is quite far in a single charge with a maximum speed of 20 kph. The battery on this folding bike takes 2 hours to charge from empty to full.

When the bike is located on the trunk of a car, the bike can be charged using electric power from the car. The Peugeot eF01 folding bicycle has a distance of up to 30 km using electric power. This bike has also been equipped with 16 “disc brakes on the front and rear to optimize safety. 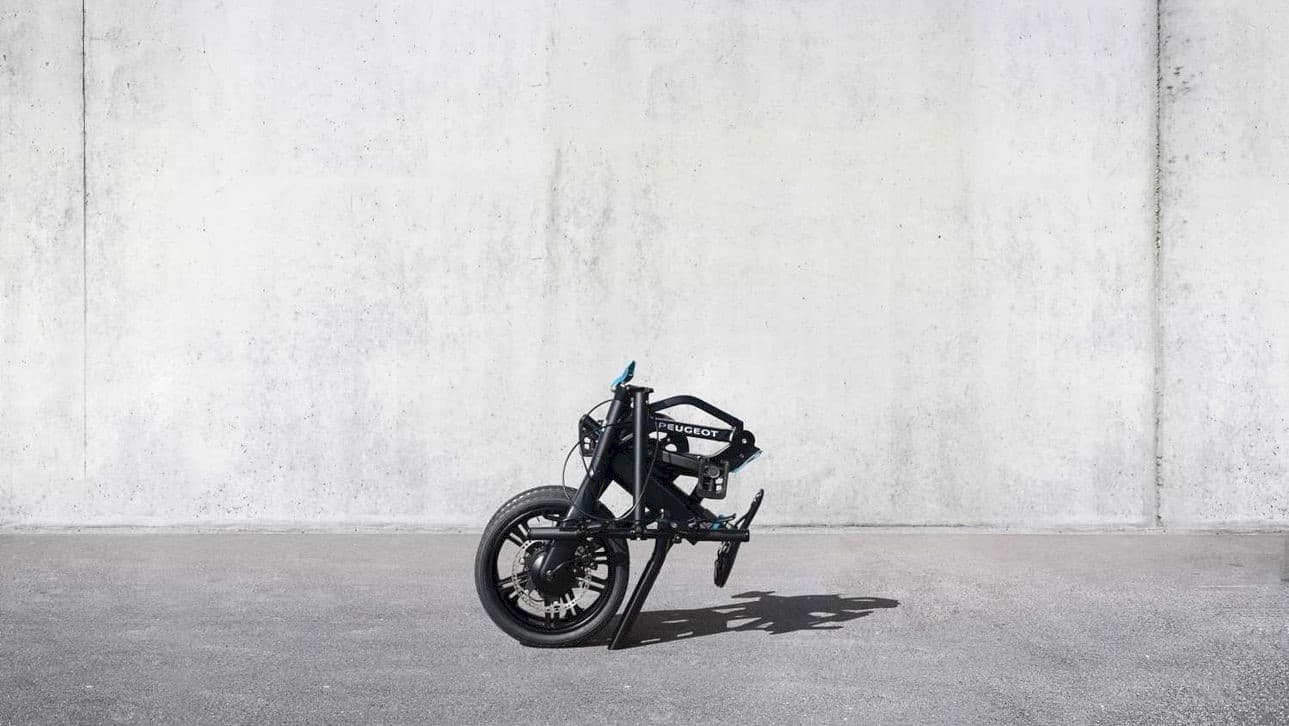 Peugeot eF01 also has a Bluetooth Low Energy feature that can be connected to a smartphone to provide information on total mileage and battery condition. In addition, through its companion application, the riders can monitor a lot of information while riding the bike. 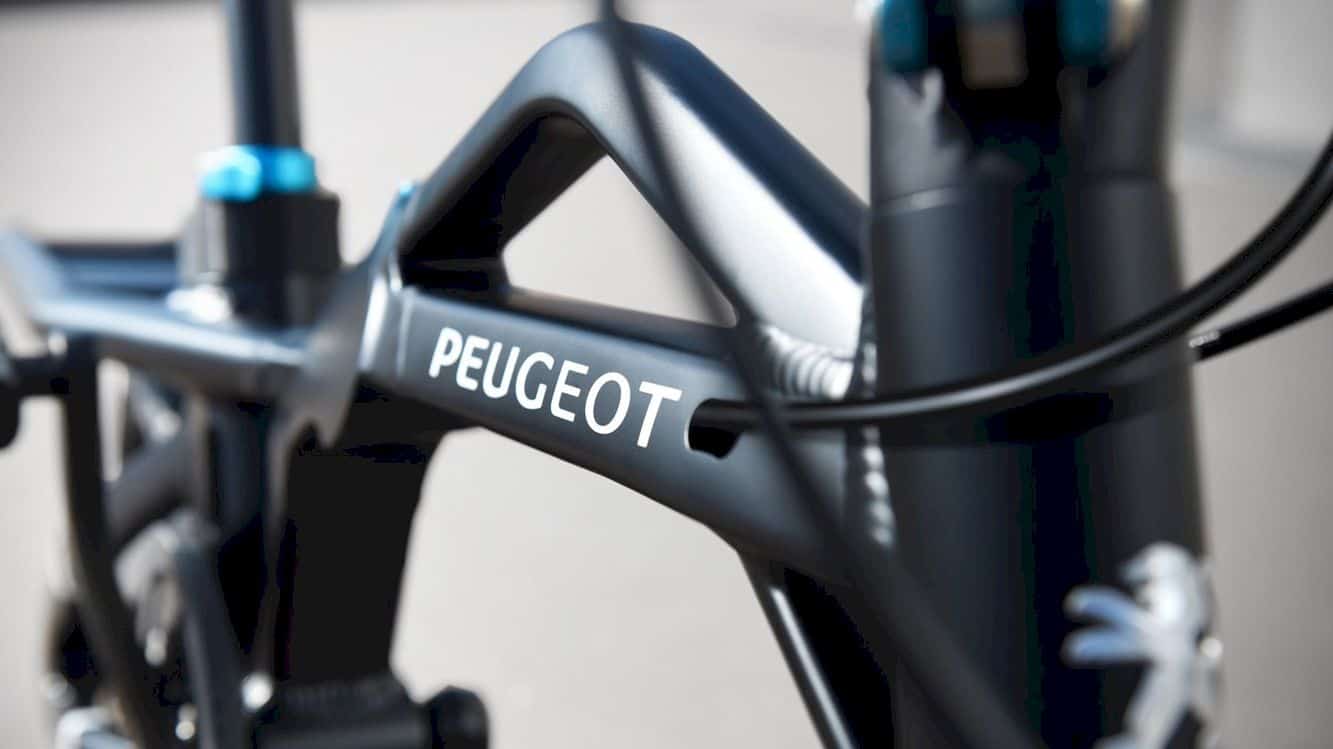 The electric bike provides the advantage of maximizing ergonomics. In the folded state, the Peugeot eF01 is very easy to carry just like a suitcase because it is equipped with a comfortable handle. The electric bike has an embedded memory system on the saddle which can easily adjust the height of the saddle. 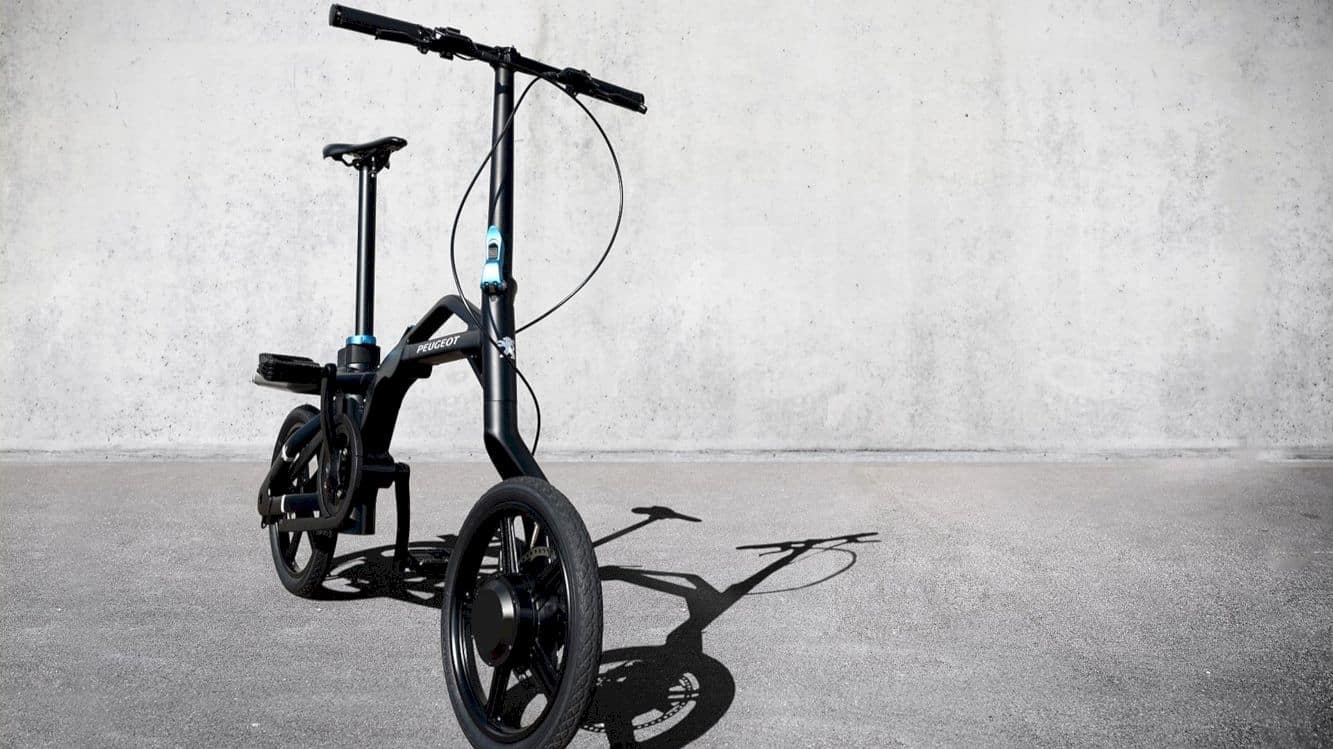 The Peugeot eF01 has won “The French Etoile d’Or de l’Observeur du Design Award”. This award is a prestigious award among French designers. The judges gave an assessment that the e-bike with a price tag of € 1,999 had a lot of innovative features. 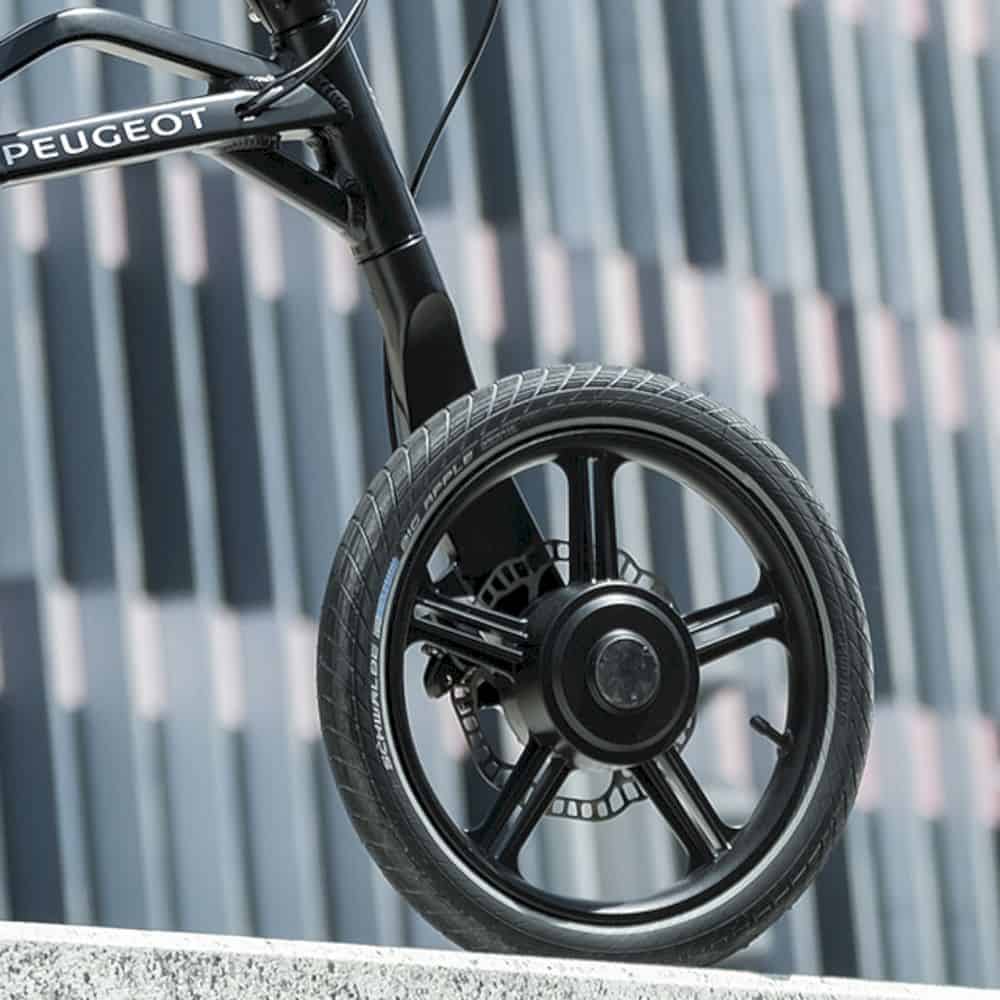 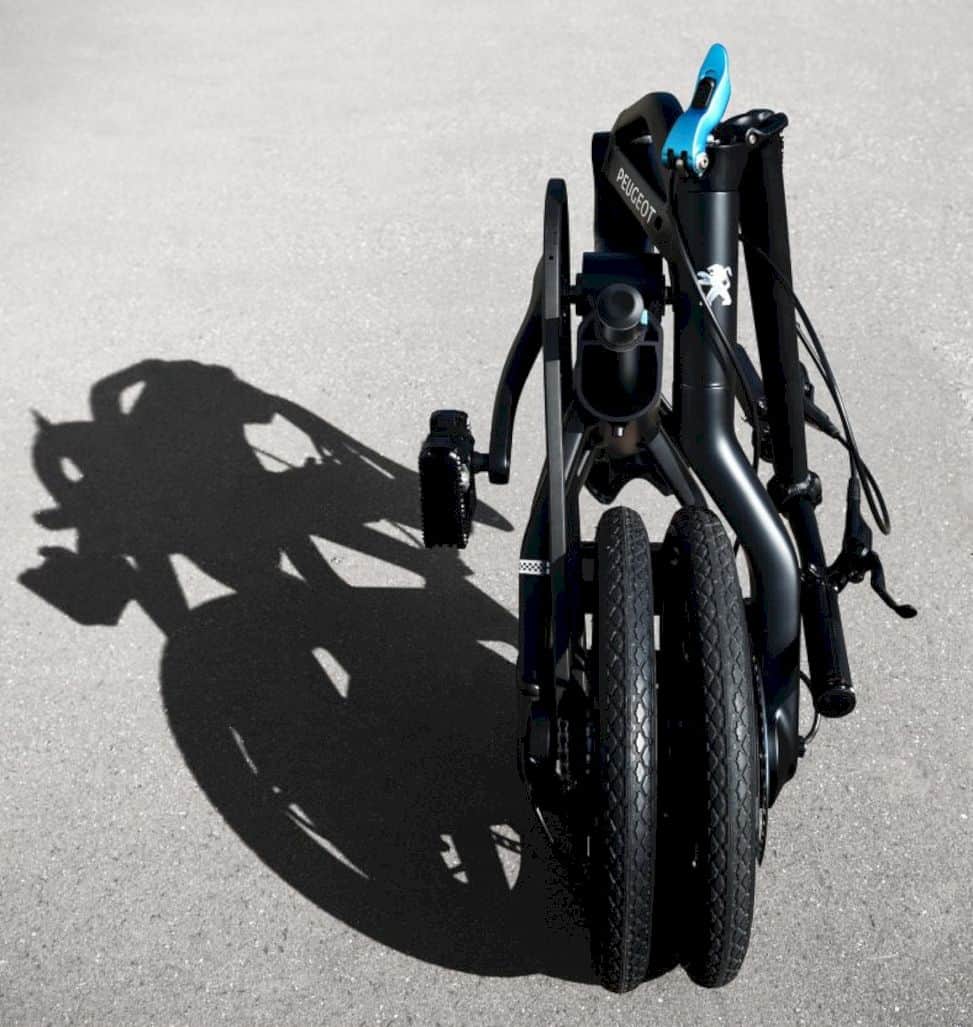 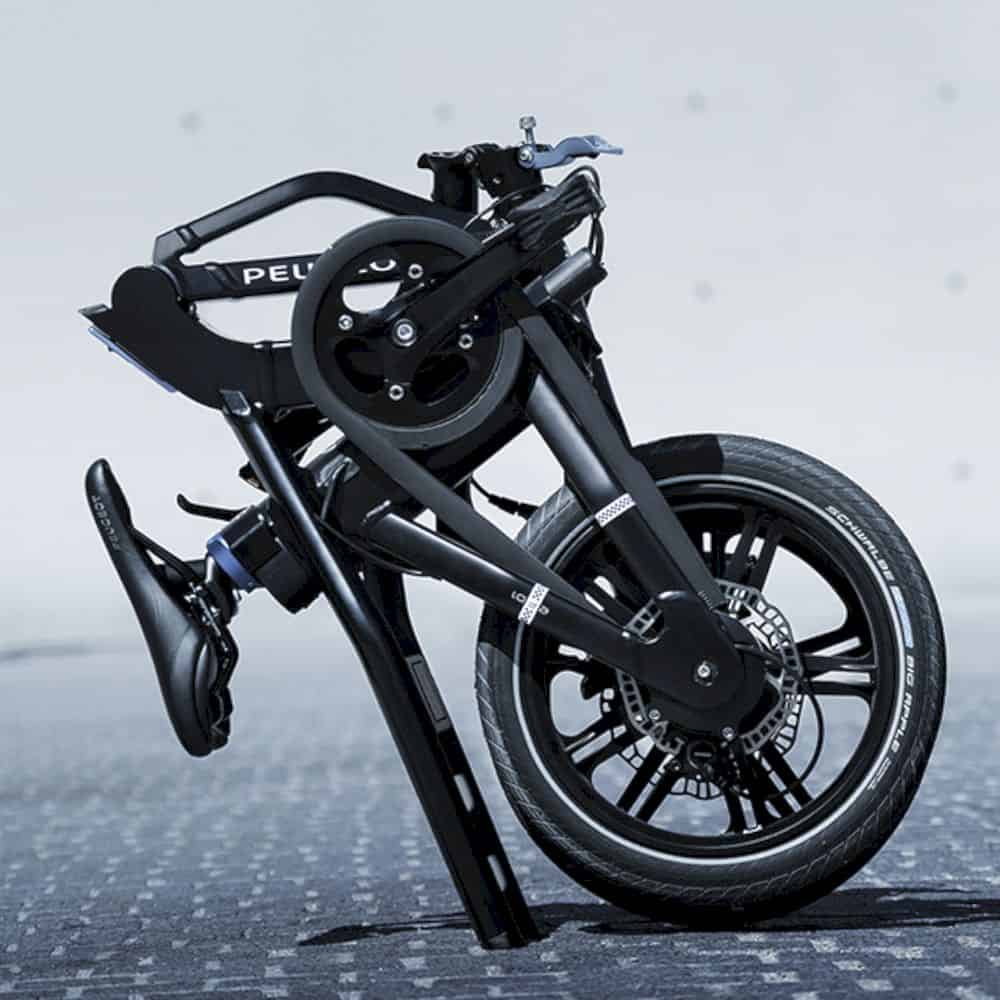