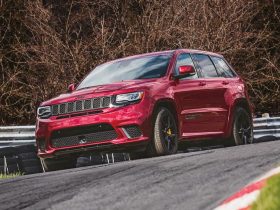 Tesla is indeed known as one of the first automotive manufacturers to enter the era of electric cars. Starting with Elon Musk’s comments about his desire to produce trucks that are different from all the trucks that have ever been marketed. 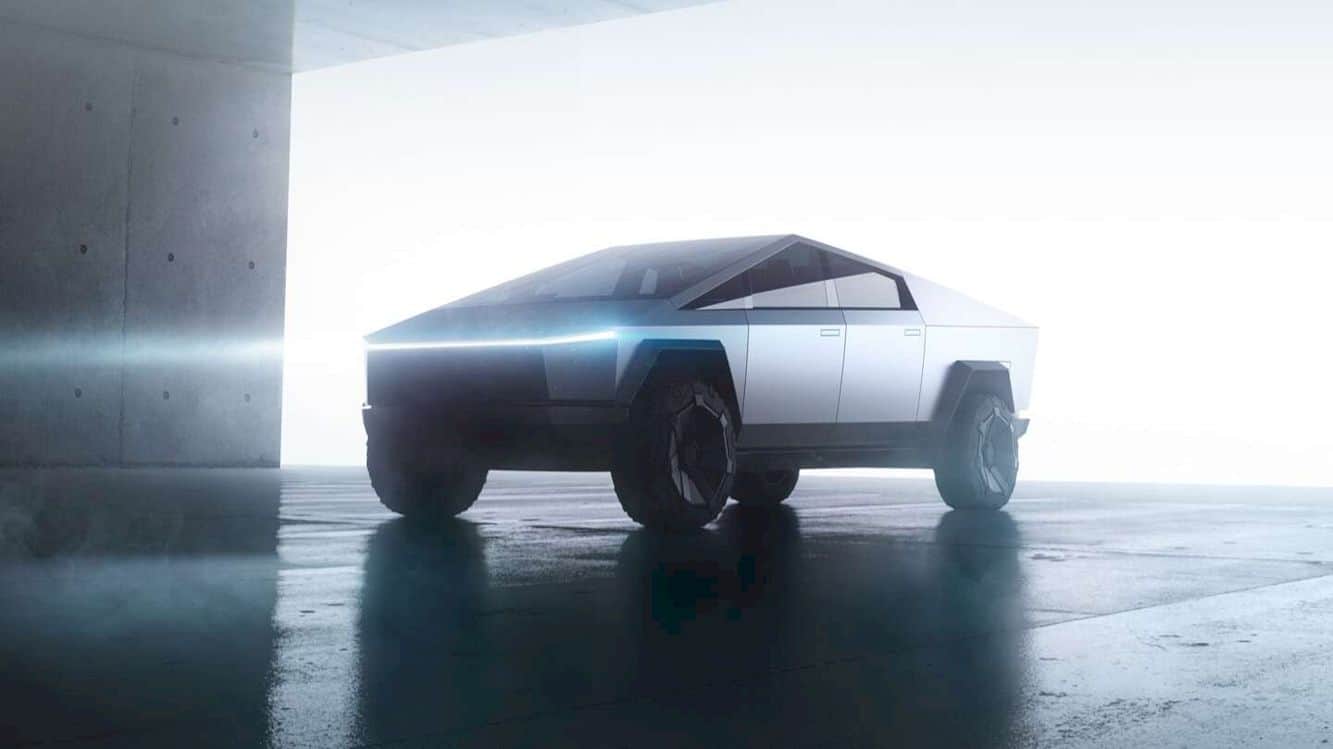 After the sedans and SUVs, Tesla Cybertruck was finally introduced as the fourth model in the ranks of Tesla. Just like the science fiction-themed vehicles in the Blade Runner or the Back to the Future trilogy, Tesla launched the interpretation of this electric pick-up truck.

Tesla Cybertruck certainly looks different from most trucks. Just like a cyberpunk car, there are no curves like ordinary cars. There are only shape edges. The electric pick-up truck can accommodate up to six people, and claimed to be bulletproof plus it has a ground clearance that can be adjusted according to its adaptive suspension. 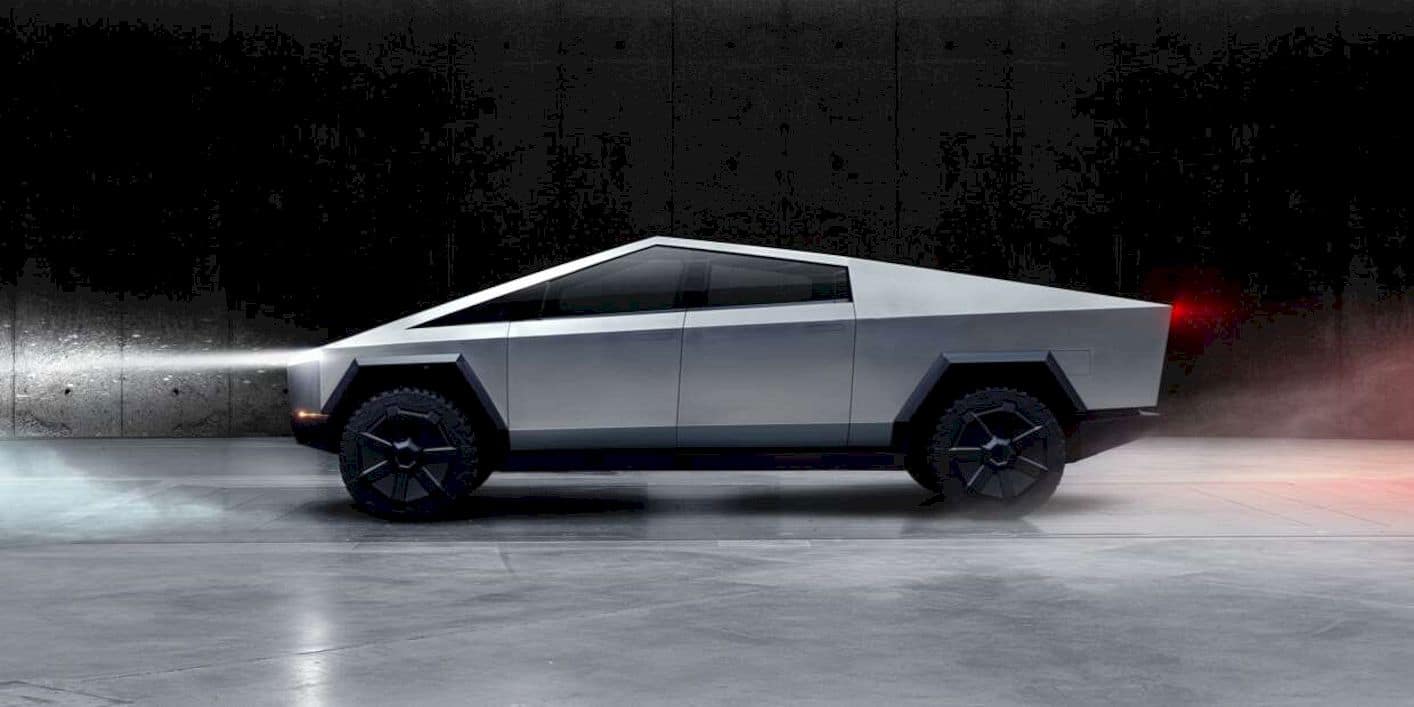 A unique impression can be felt when looking at the front exterior of this Tesla Cybertruck 2020. There are no curved accents to the grille like most other conventional cars. Of course, since it is battery-powered, the front grille that is needed to get air into the engine is no longer needed.

The front hood is made straight without any curve. The overall dimensions of the vehicle get the shape and firm angles. Practically the only contrast-colored bottom bumper complements the futuristic look of this electric truck. 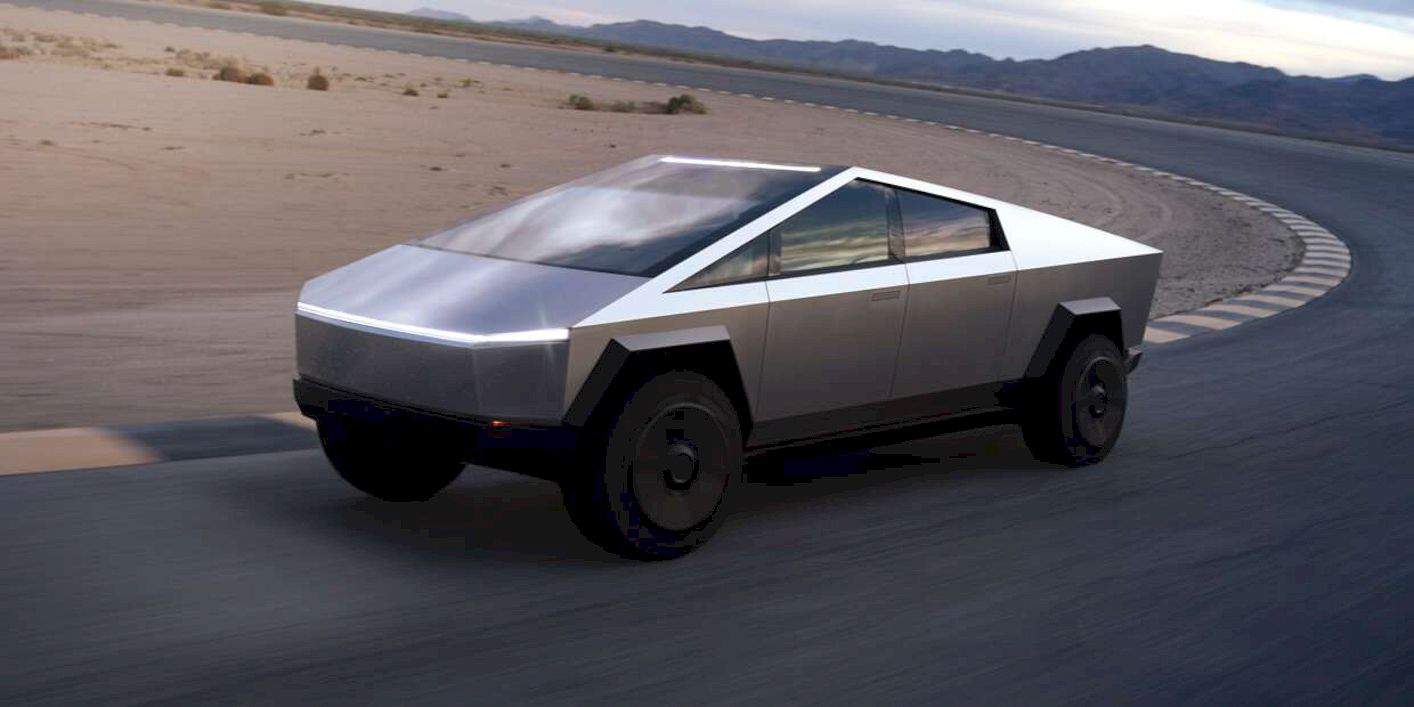 On the side, the dimensions of Cybertruck are very different compared to trucks in general. The impression of a triangle can be felt when looking at the exterior side of the Tesla Cybertruck. 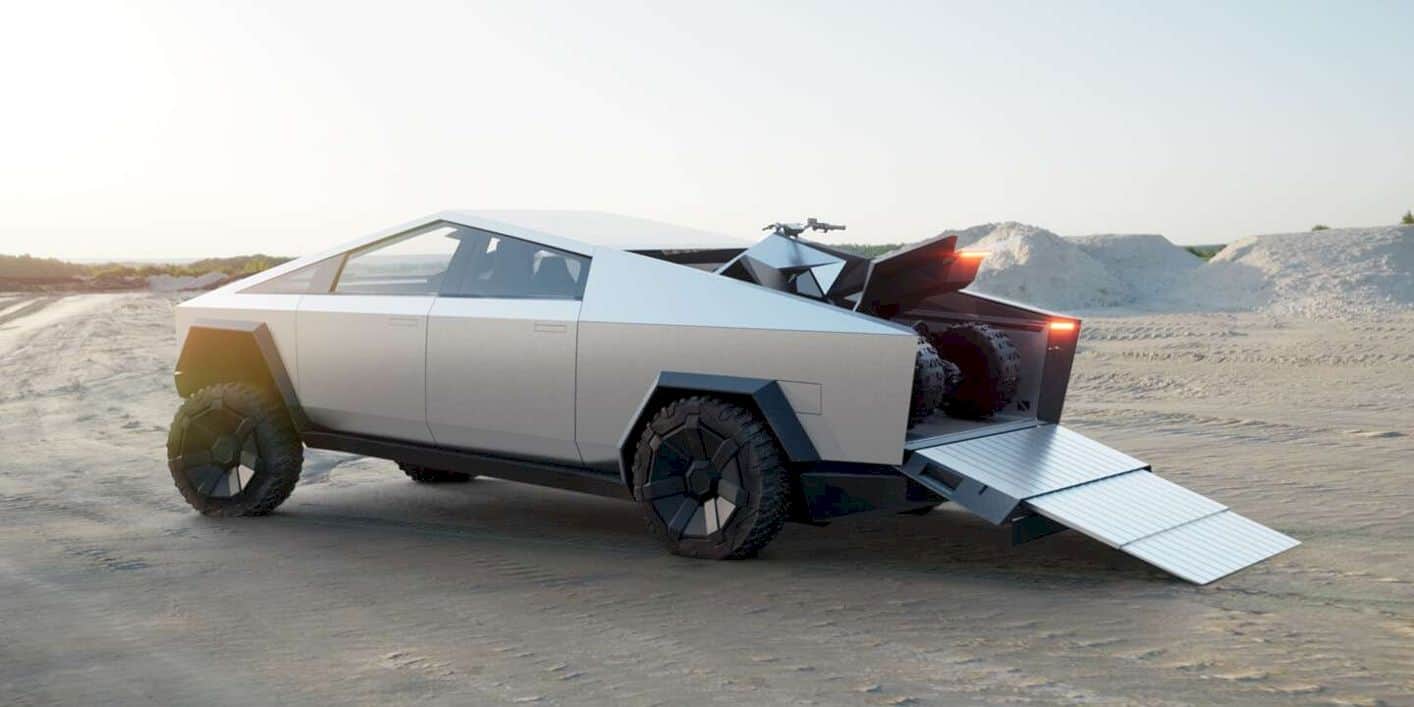 The unique design of the taillights makes the difference compared to other pickup trucks. The Tesla Cybertruck is a pickup truck with a rear body that is closed like a roof. But you can open the tailgate with a capacity of up to 2.8 m3 and 2 meters of cargo space. 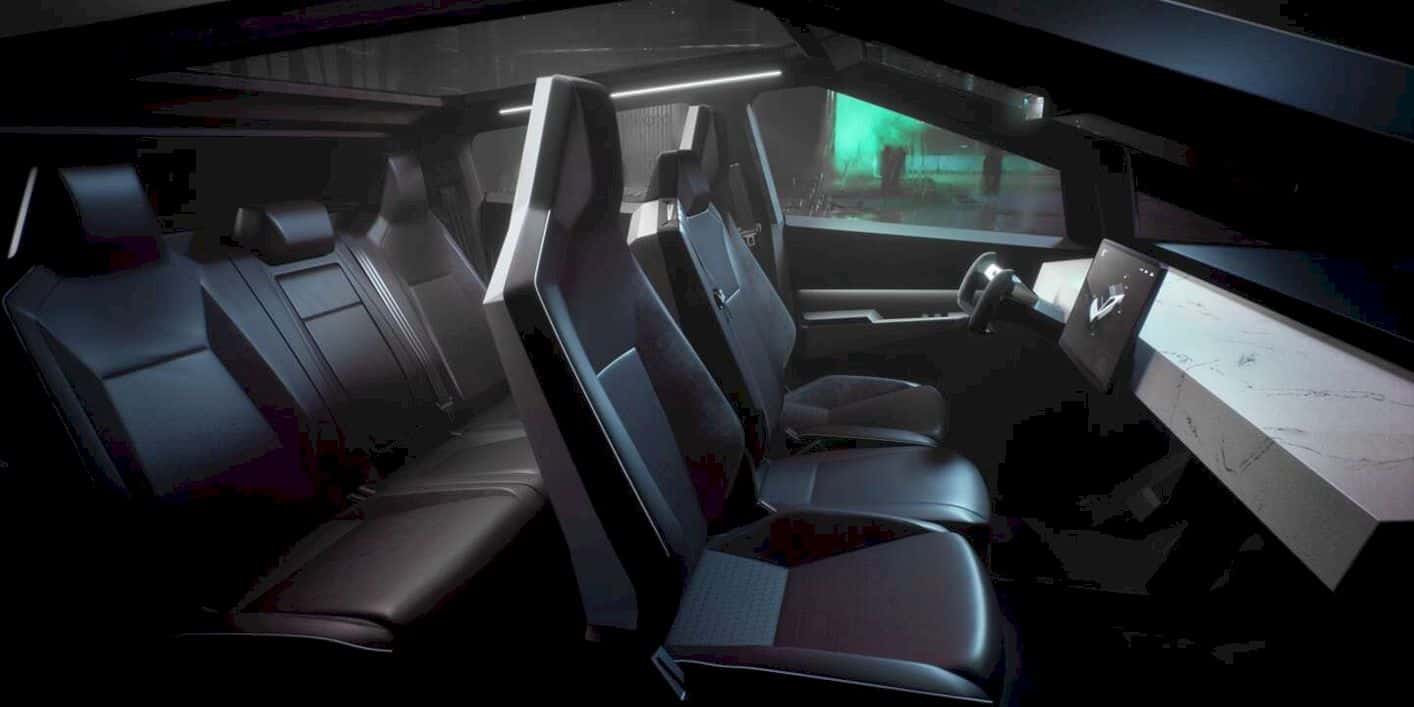 Although very little detail is presented on the inside of the Tesla Cybertruck, some images di capture the dashboard display of the truck. The appearance is still plain. But from the images presented, the Cybertruck has a 17-inch landscape-oriented touch screen, different from the portrait version found on other Tesla models. 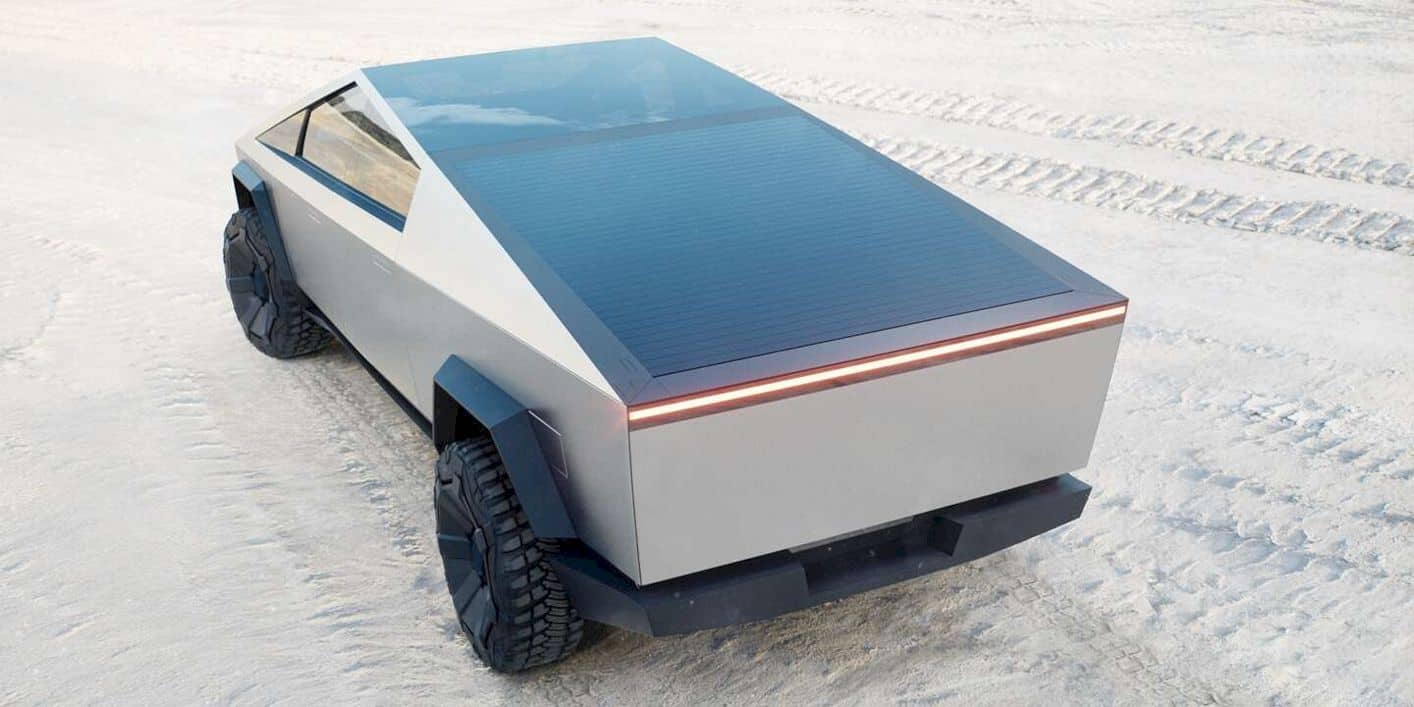 The storage on the back is quite similar to a conventional pickup truck with 2 meters long follows with a sloping sidewall. One interesting thing is that this car has an electric ATV option found on the purchase option.

You can open the back of the body and raise the ATV as well as recharge the battery with plugs that are already available on the sidewall. There is Camp Mode, where the back can be used as a tent when you are taking this car for adventure in the wild. 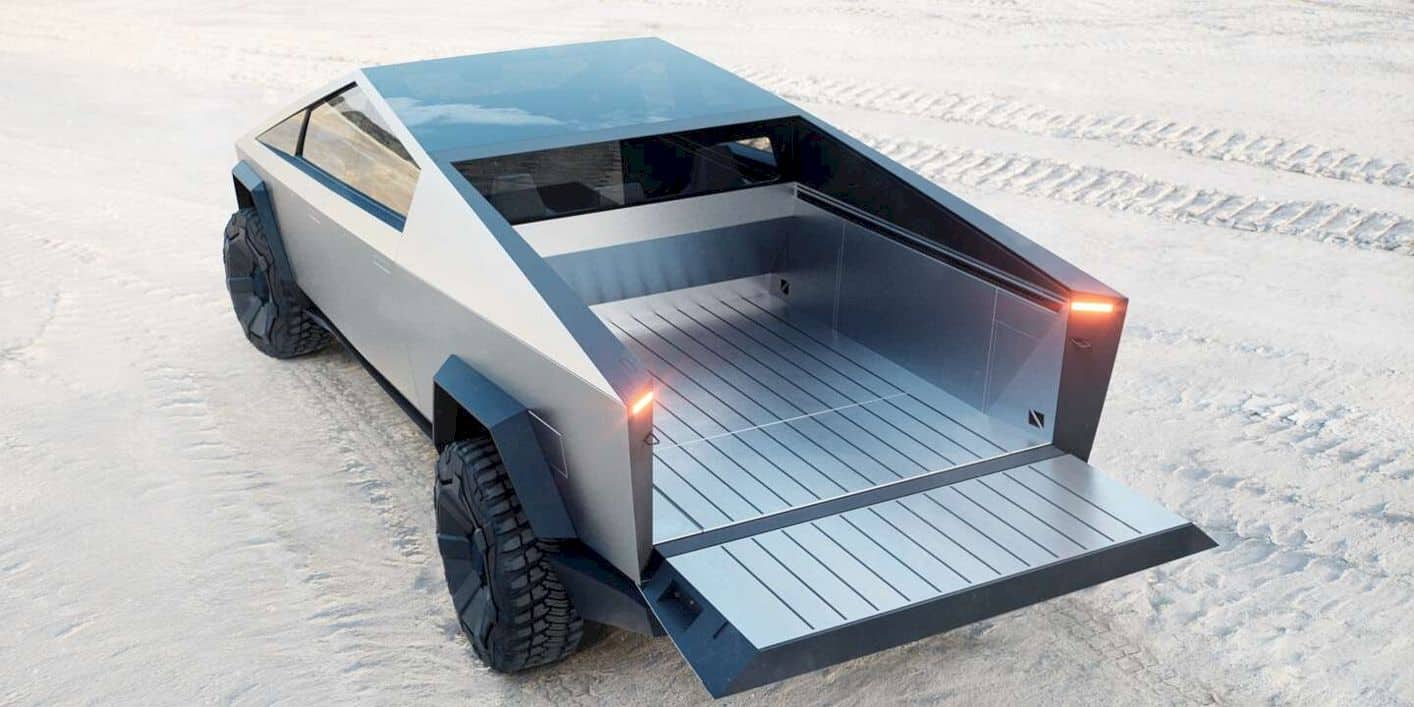 Cybertruck will certainly use a self-leveling suspension that compensates for variable loads. Making it easier when carrying heavy loads. The technology can also be used to make a lower or higher ground clearance.

Tesla Cybertruck features include a power inverter to supply 120-volt and 240-colt electricity, enabling the use of power tools without a portable generator. Includes an air compressor to start a pneumatic device, charge the ATV in the back of the tub, to turn on the electric stove provided in Camp Mode. 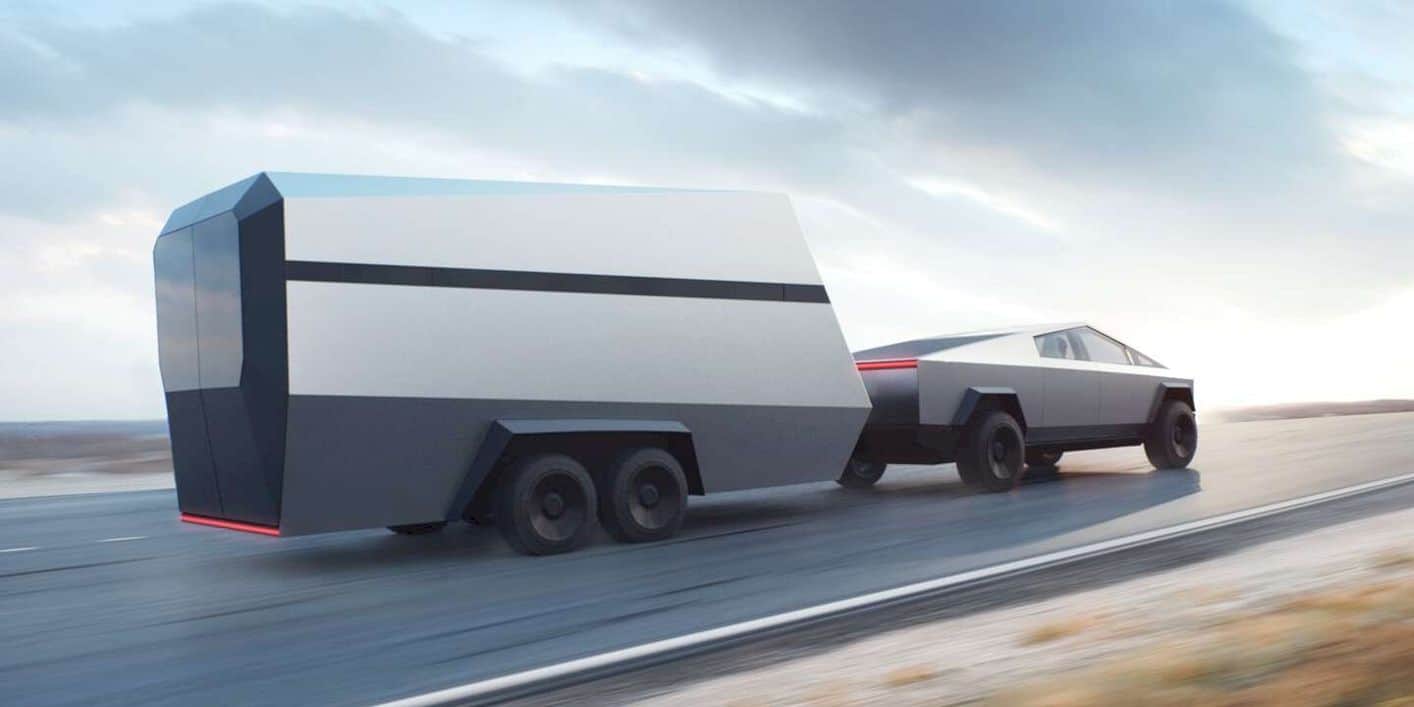 Cybertruck can go from rest to 100 km / h in just 2.9 seconds for the highest variant. For the class of large trucks, Cybertruck has an amazing ability to pull, claimed to be able to pull loads up to 6,350 kg. Its heavy body can carry loads up to 1,587 kg for all your equipment. 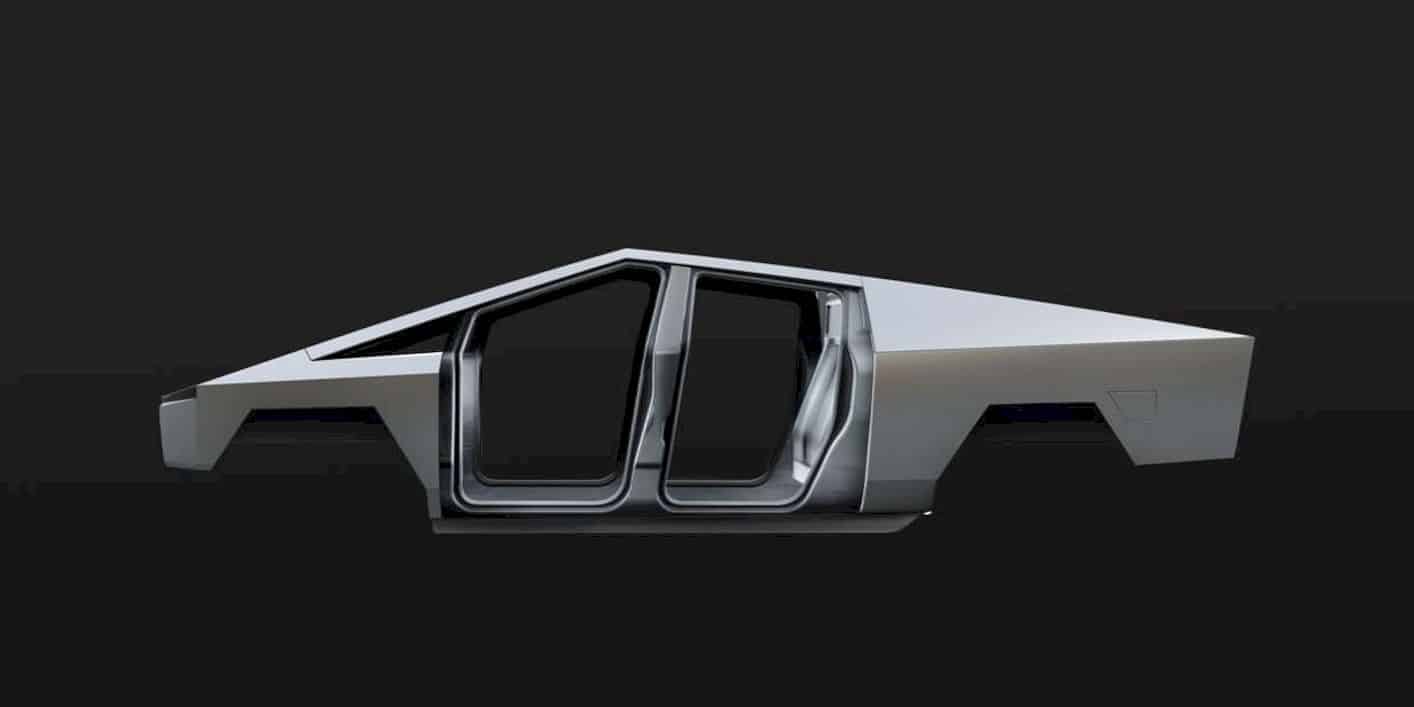 The Tesla Cybertruck engine is similar to the one used on the Tesla Model S and Model X. Together with the inductive rear motor and the Model 3 permanent magnet in front of the intermediate variant. Other versions use a rear-wheel-drive system with a single motor or three motors with one motor on the front axle and two at the rear. 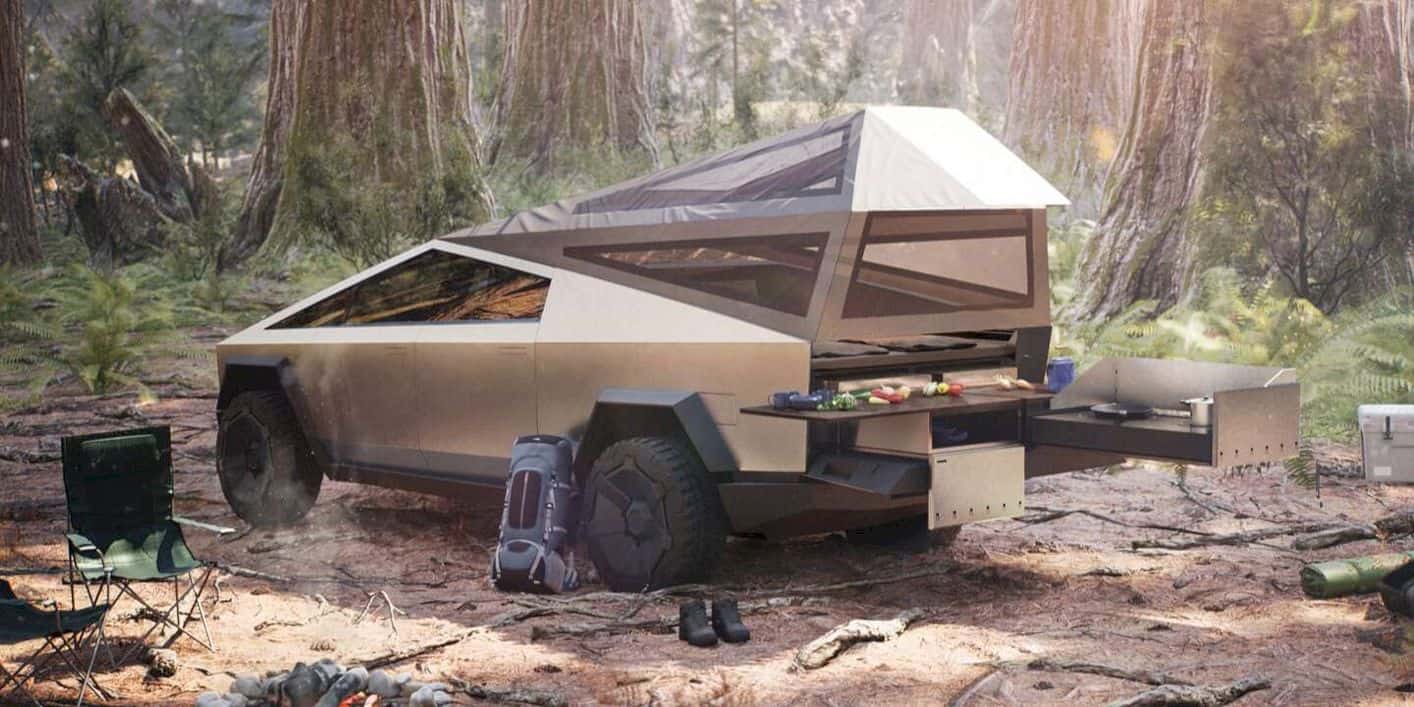 Cybertruck claims to be able to hold 9 mm caliber bullets. All variants will also get the standard Tesla Autopilot device and have a variety of hardware for full-autonomous operation. Even after its launch, Tesla received a pre-order with the option full self-driving for $ 7,000.