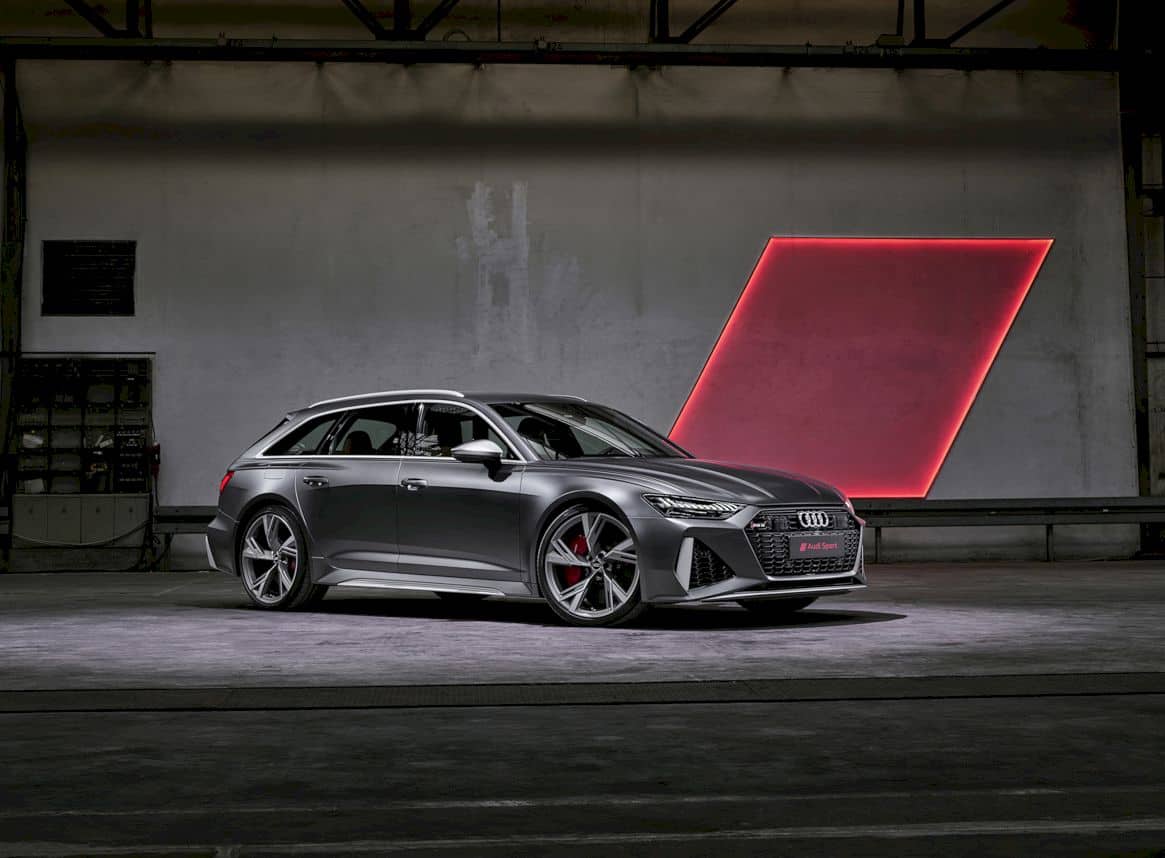 Nowadays, the automotive world seems to be getting the hype of new retro-style cars. On top of the head, we can see how Honda created the Honda e, Peugeot with e-Legend, and Hyundai with its 45 EV. But the lineup of the car we mentioned before is a concept car that comes with retro style. 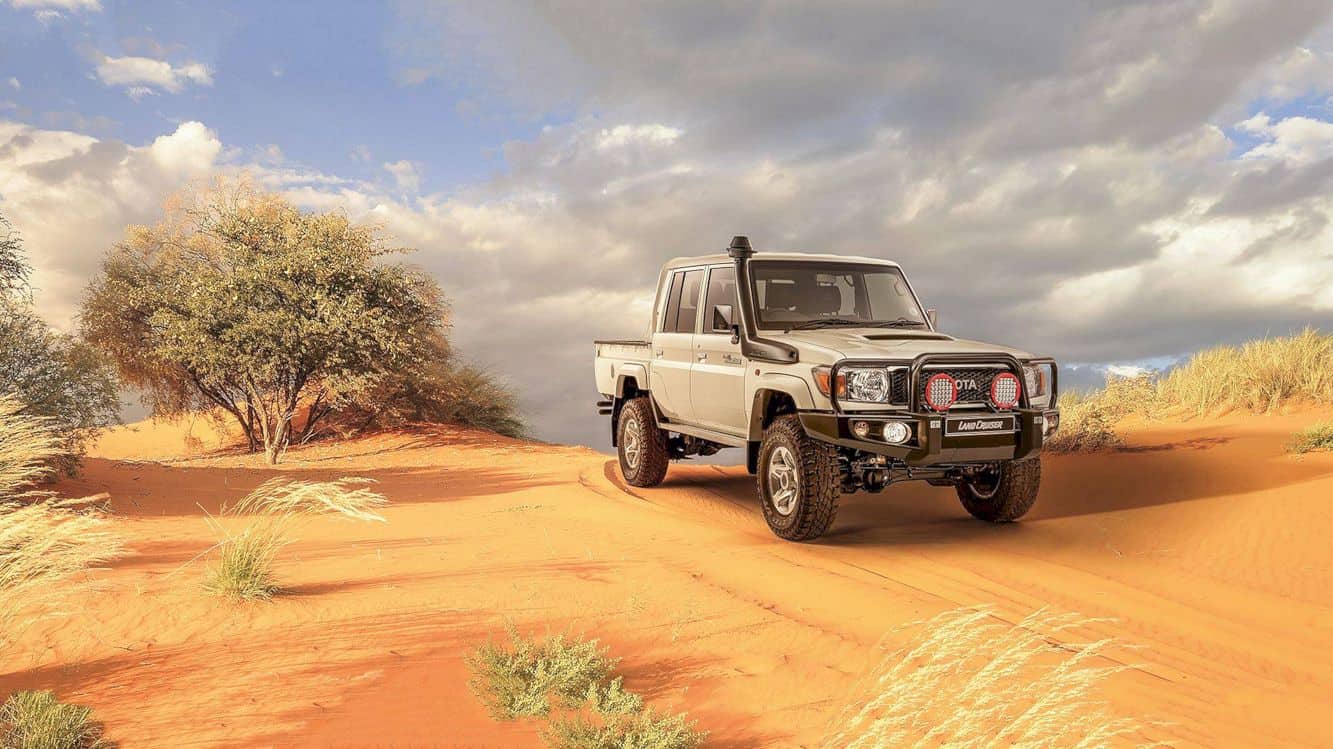 Let’s get hypothetical here, what if you want to buy a car that is embracing the retro, both in appearance and technology, but the car gotta still be new and comes with a mint condition? The answer is the Toyota Land Cruiser 70 series Namib.

From the name alone we can already recognize the figure of the Toyota Land Cruiser 7o Series Namib. First, this car is a family of TLC – Toyota Land Cruiser – more precisely the 79 series. For those of you who don’t know, the TLC 79 is a long wheelbase and double cabin version of the J70 coded generation. 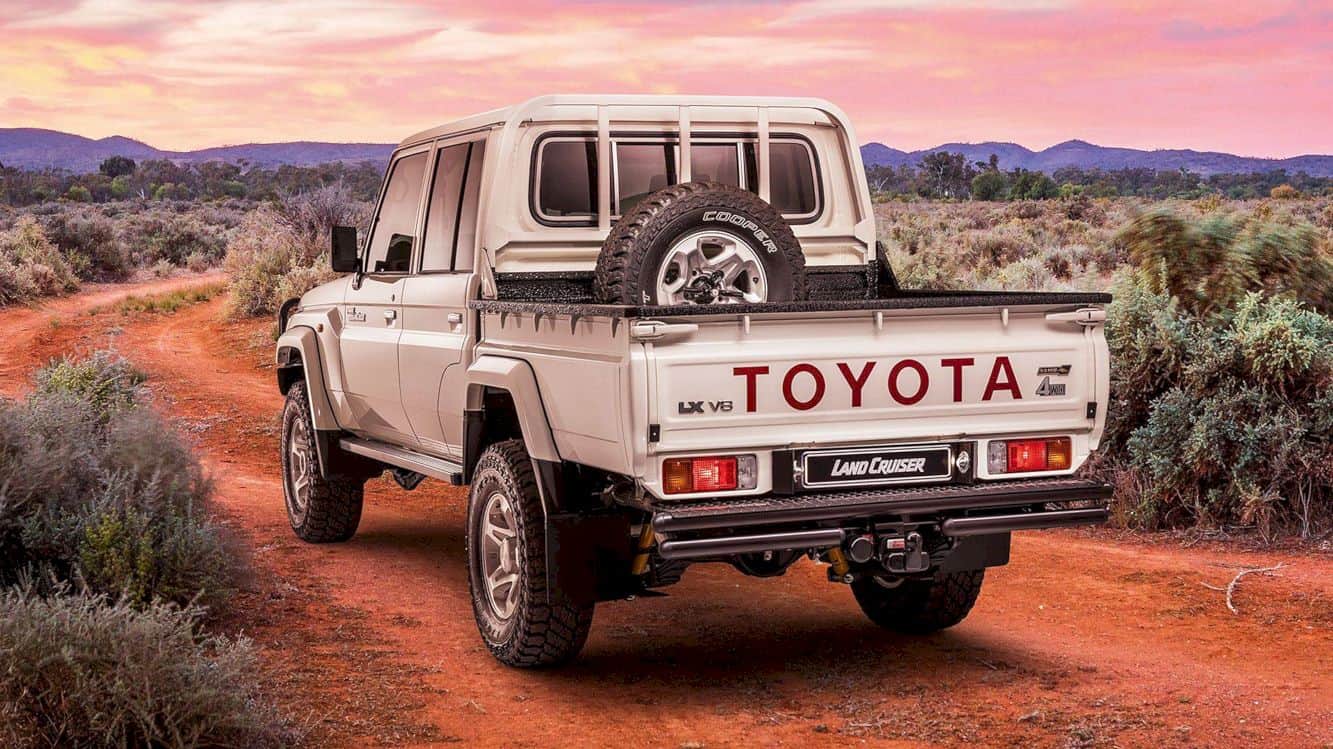 On the exterior sector, there are some modifications to increase the tougher impression. There is a special emblem on the outside, as well as a new grille with Toyota insignia. The car is available in 2 choices of colors, Sand Beige and Ivory White. 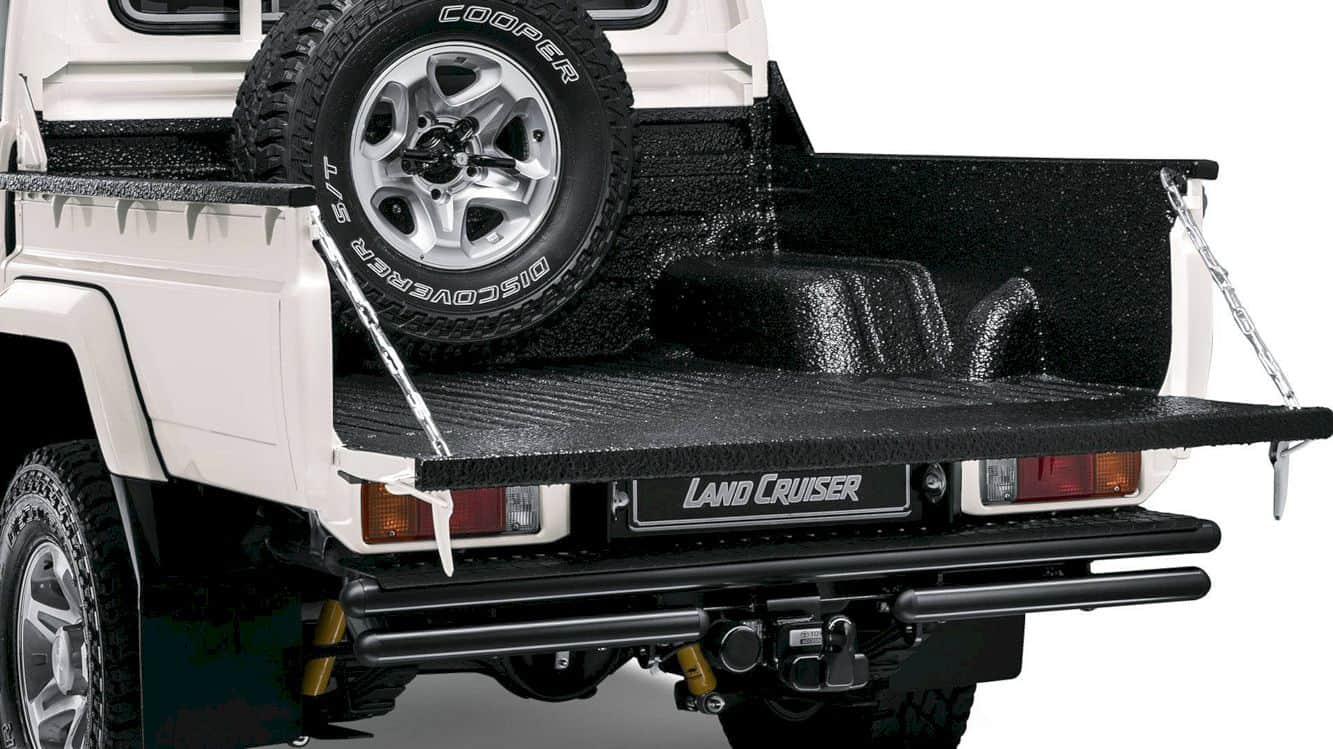 A quick glance and you can see that the Toyota Land Cruiser 70 Series Namib has a retro face a la TLC J70 series. The lights are boxed and halogen, the front bumper is made of iron with a boxing shape. There is a black bull bar frame with also additional lights in front of the grille.

This car also gets snorkel so that it can dive into the river with a certain depth. On the side, the Toyota Land Cruiser 79 Namib uses offroad tires with 5-shaped alloy wheels.

On the backside, there is a tub and a spare tire that is placed inside the tub. The loading and towing capacity is still maintained from the regular version. This legendary SUV is also equipped with a new suspension combined with 16-inch rims, wrapped in rubber pads labeled Cooper Discoverer S / T Maxx measuring 265/75. 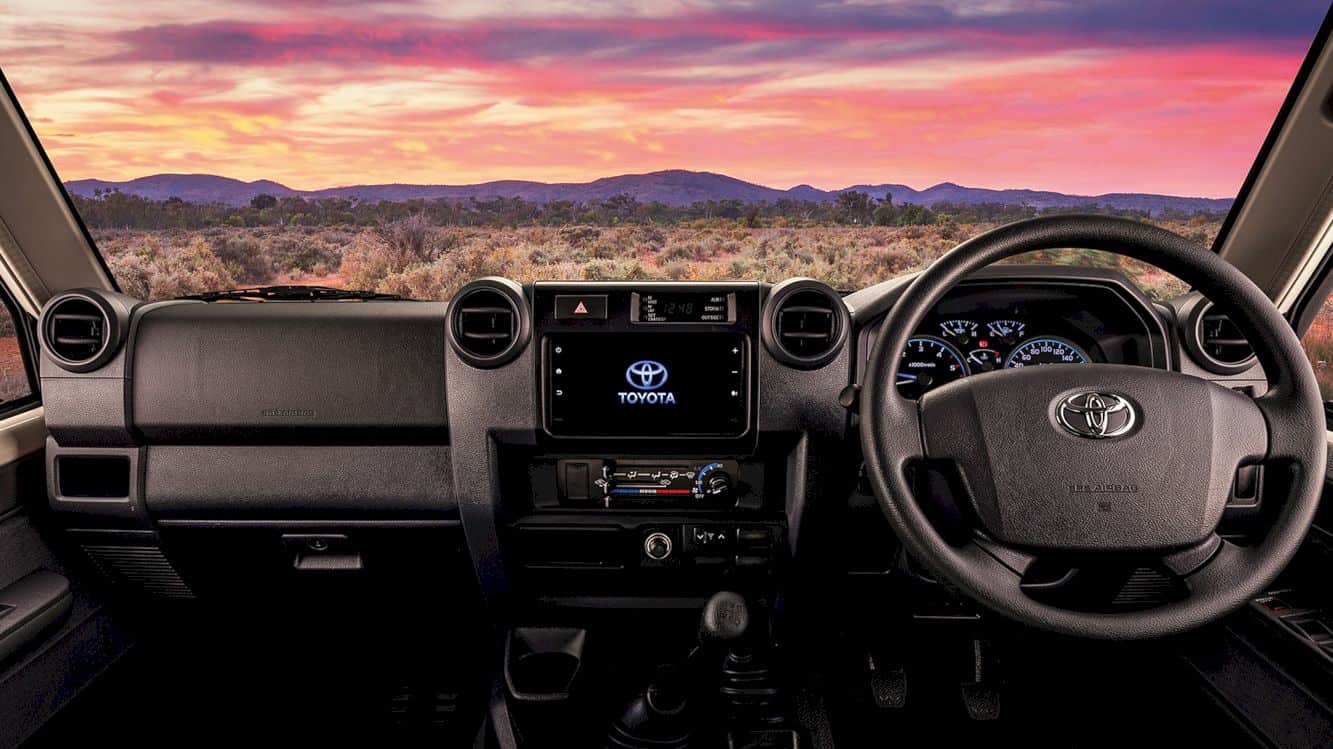 Entering the cabin, the Toyota Land Cruiser 79 Namib gets a dark interior with a touch-screen infotainment system with navigation and Bluetooth. Even so, the aura of old-school is still visible from all over the cabin. 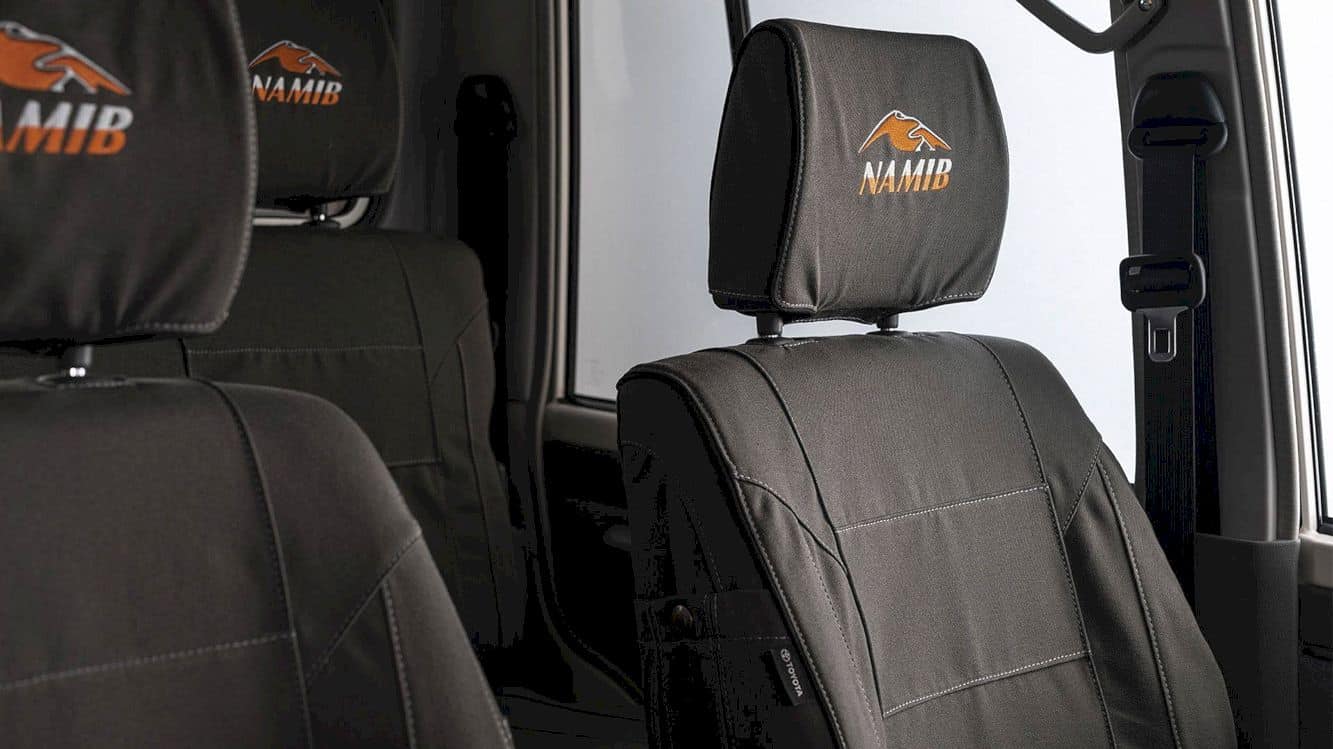 The owner of this car will also get a glovebox, a special roof console with LED lights, microphone cable hooks, a two-way radio compartment, and more storage space.

Inside the bonnet, Toyota Land Cruiser 79 Namib relies on a 4,500cc V8 Diesel engine that produces a maximum power of 202 hp and a maximum torque of 430 Nm. 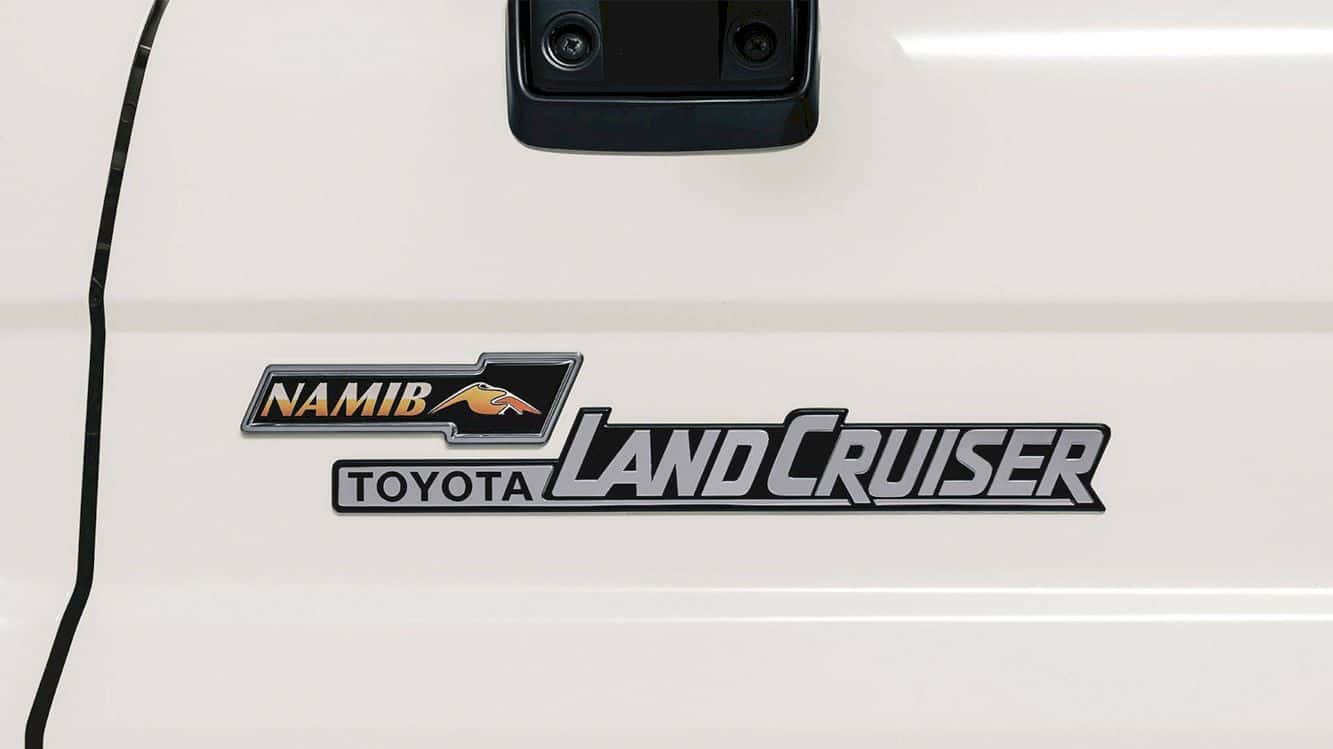