Not long ago, Xiaomi’s sub-brand Huami has just released a super-sophisticated smartwatch that will spearhead their lineup. The product, named AmazFit GTR, comes up quite quickly since Huami also did launch Amazfit Verge 2 last month. The GTR is expected to land as a budget option with tracking sports in essence. 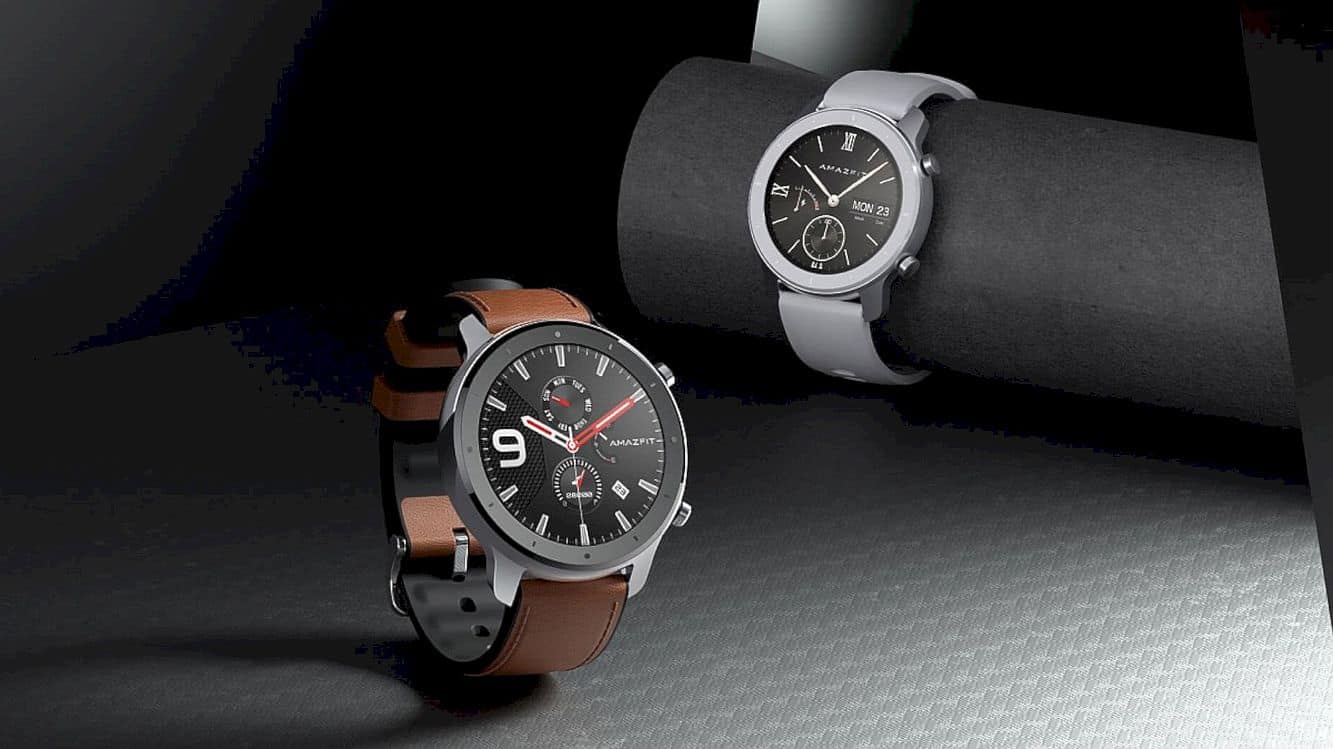 The Amazfit GTR Smartwatch comes with the option of a Stainless Steel, Aluminum and Titanium case. GTR is also available in 42mm and 47mm case sizes and each of them has an AMOLED screen that provides pixel density of up to 326PPI.

Amazfit GTR also has a 5ATM waterproof design that is very suitable for outdoor and open water use. In addition, the smartwatch also comes with protection from Corning Gorilla Glass 3 which perfectly wraps the top of the display. The larger size of Amazfit GTR packs a touch screen with a resolution of 454 x 454 pixels with a 1.39-inch display while the GTR which has a smaller housing comes with a screen measuring 1.2 inches and a resolution of 390 x 390. 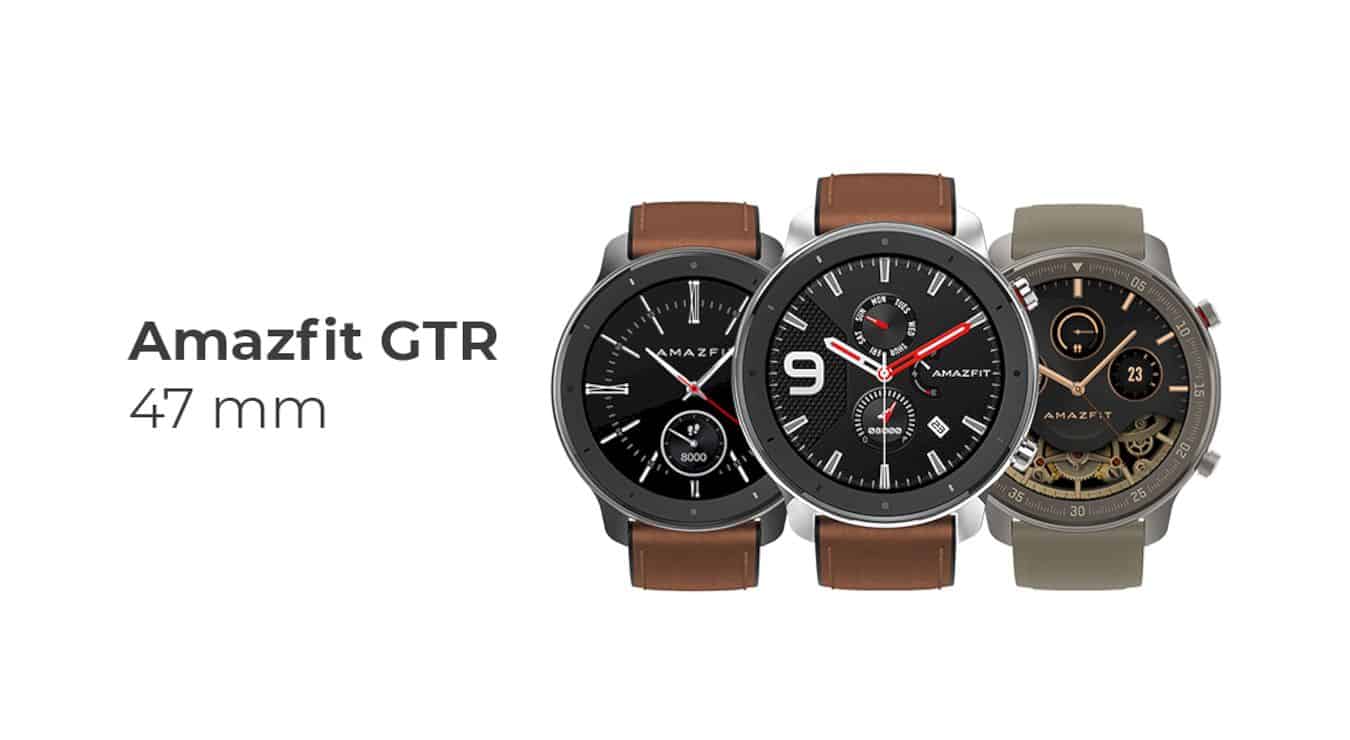 For the 42mm variant, Huami provides four choices of Starry Black, Moonlight White, Cherry Powder, Coral Red and specifically for Austrian 50 zircons, Huami plays in the extreme range by releasing products that are even thinner than the other lineup with a thickness of only 9.2mm. 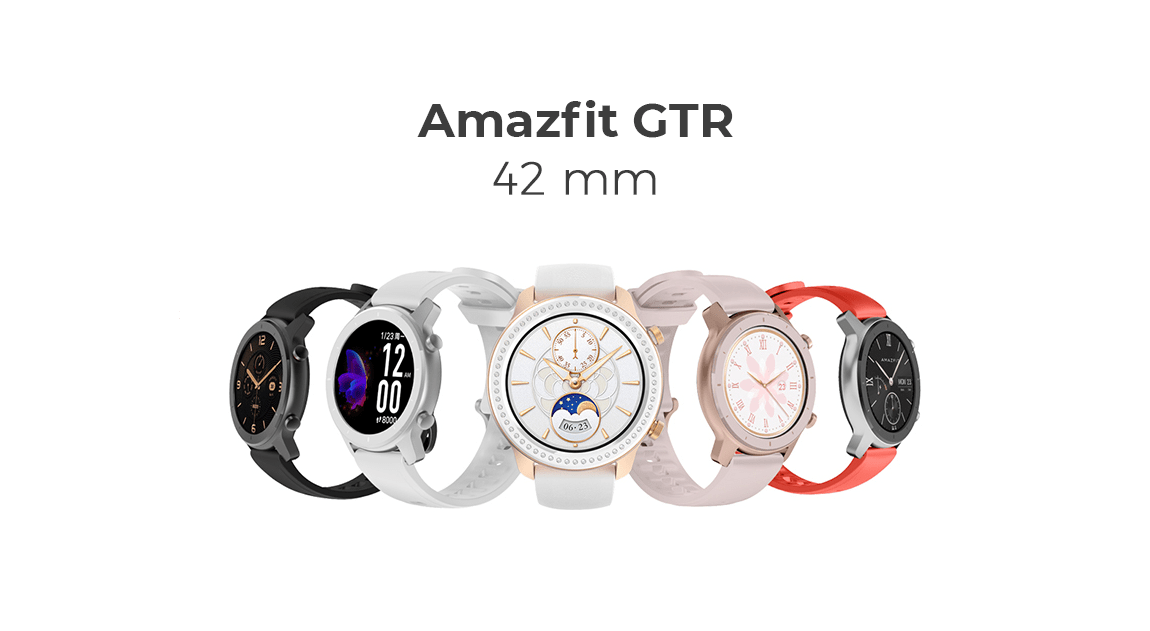 In addition to these two standard models, Huami also prepared an Amazfit GTR Iron Man Limited Edition version, which featured a 47mm casing with gold accents and a red silicone strap resembling the iconic color of the Marvel’s character. 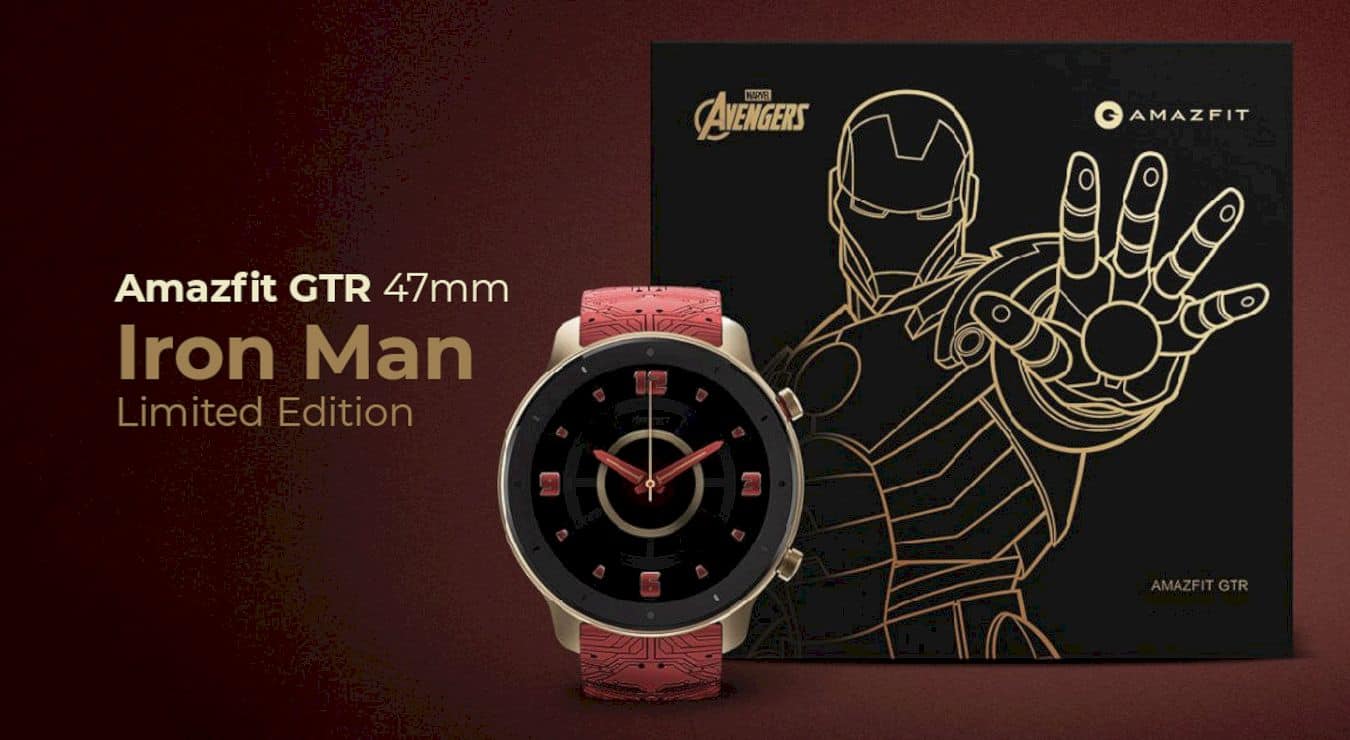 The Amazfit Huami smartwatch always manages to deliver a large battery life and is no different from the GTR. The 42mm GTR version with a 190mAh battery will give its users up to 12 days in normal use, 22 hours in GPS tracking mode and 34 days in basic watch mode (no Bluetooth). 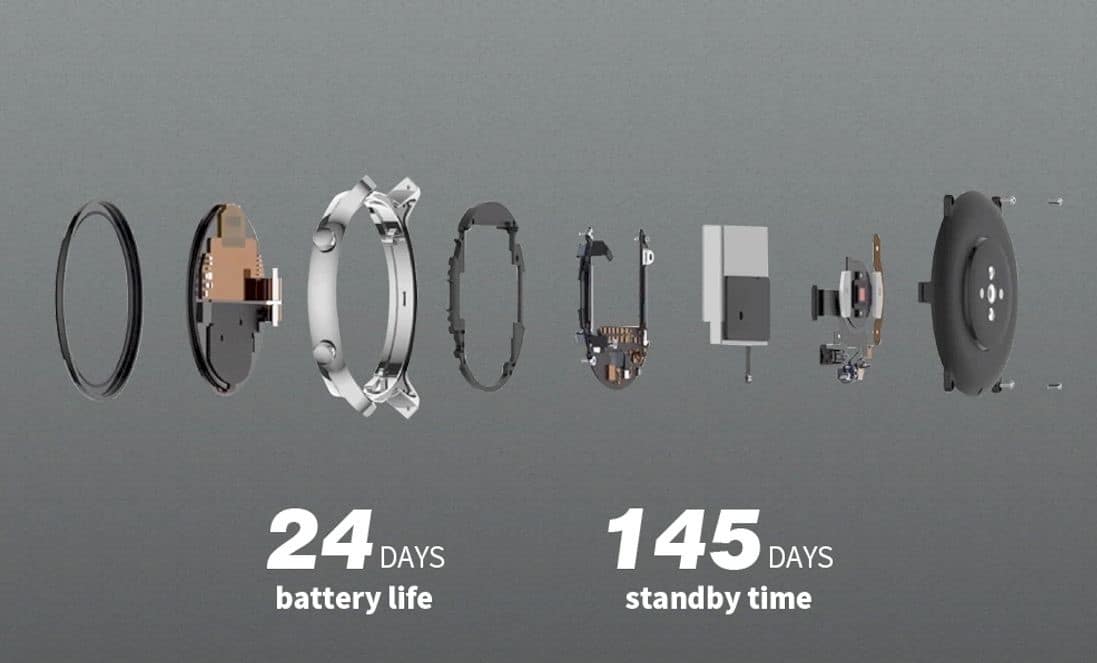 While the 47mm GTR version will be packing a 410mAh battery that is much larger than its sibling and will be able to be used for 24 days in normal use, 40 hours of tracking with GPS and 74 impressive days in basic watch mode. 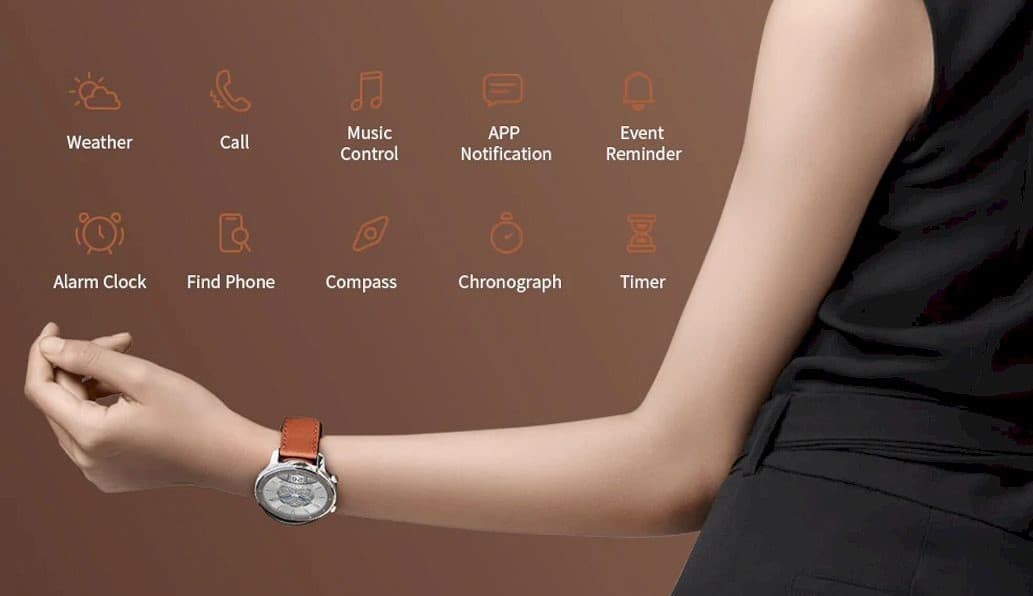 Amazfit GTR also supports NFC for UnionPay, Alipay payments – in China – and 12 sports modes. The GTR comes with an air pressure control feature, BioTracker PPG for 24 hours without any interruption to accurate heart rate monitoring, GPS + GLONASS, sedentary reminder, sleep evaluation, health tracking throughout the day and many others. 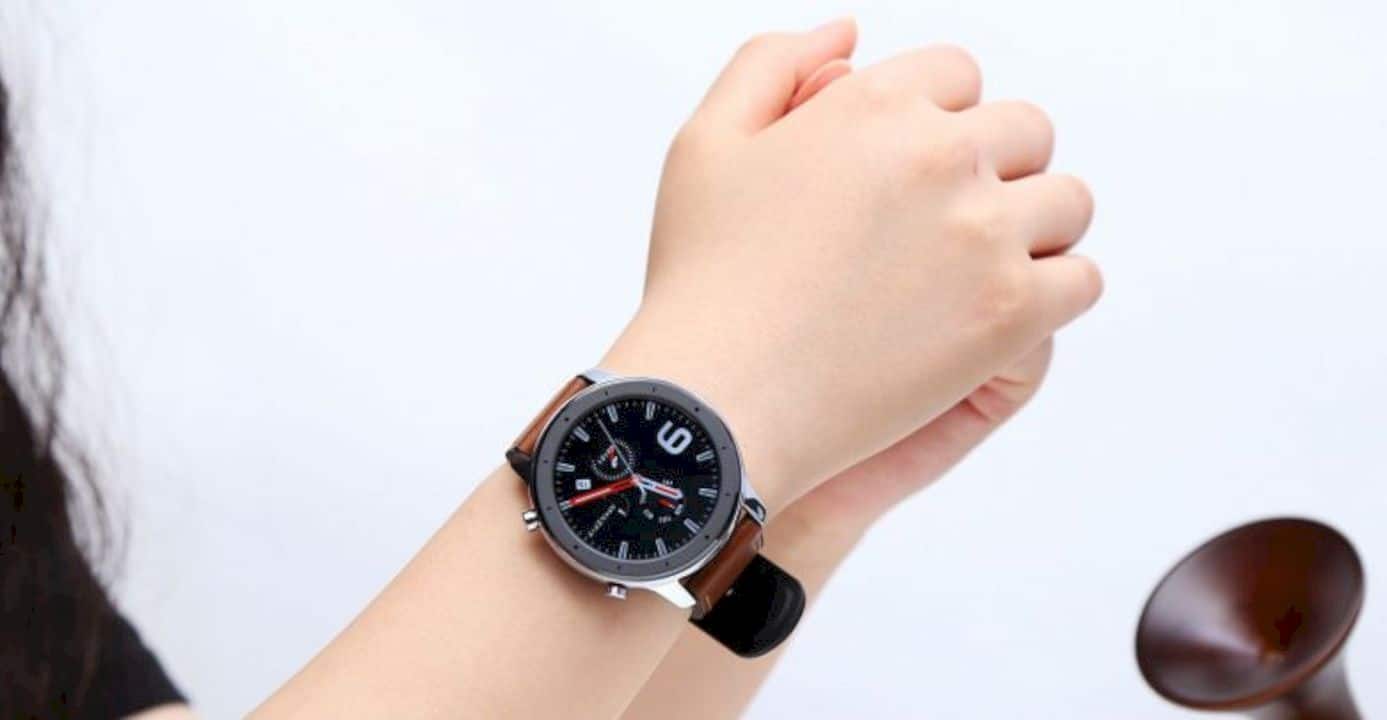 All the Amazfit GTR models will be compatible with Android and iOS users and will also be able to display phone notifications for third-party applications, calls, and texts even though there is no speaker or microphone here.

The budgeted price is already fascinating but what If you can get the Amazfit GTR 47mm at a much lower price? Go ahead and click the link below to shop the Amaxfit GTR 47mm for only $139.99 through the best shopping sites for all the geeky head out there, Gearbest.

Gearbest is having a FLASH SALE promotion until August 11 Beijing time and offering the AMazfit GTR 47mm at a very low price. Plus, if you buy it now, you can also get FREE SHIPPING perks which save a lot. 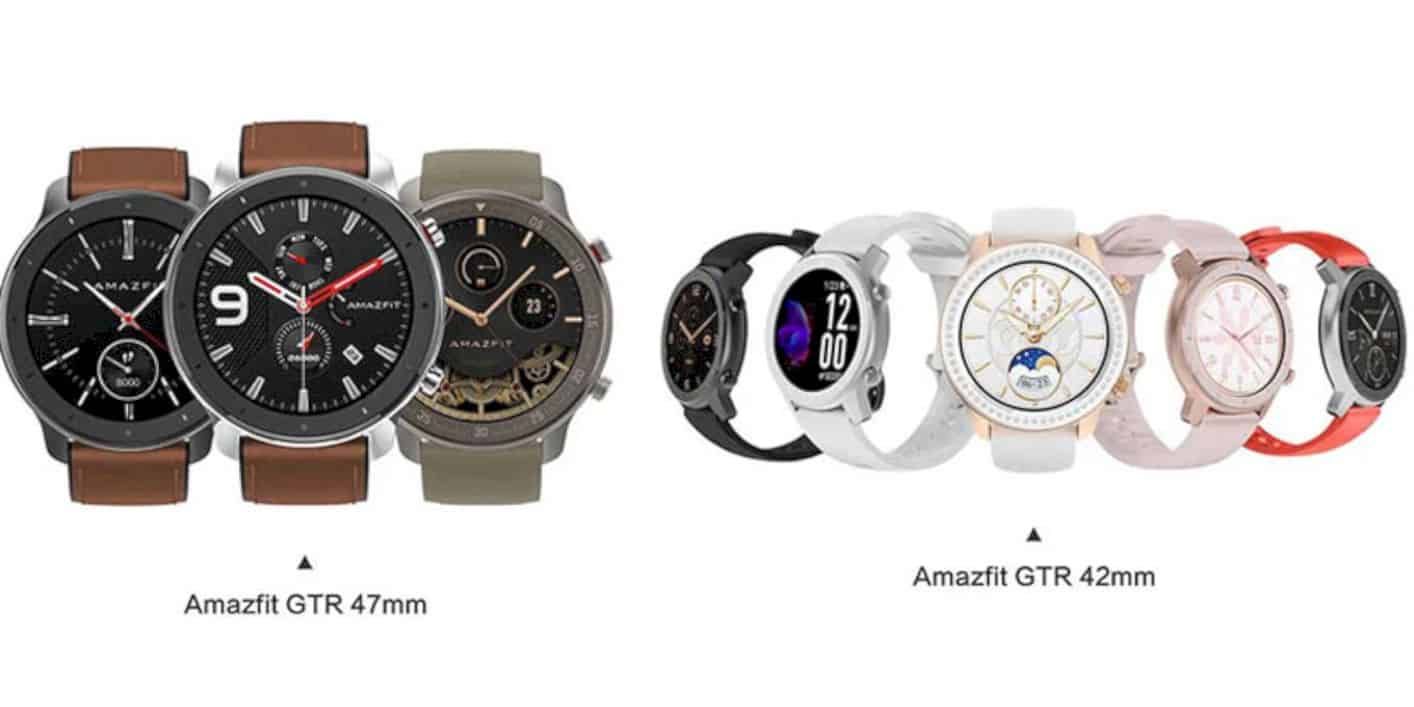 It is true that there are more and more shopping sites that claim they are reliable and safe but as for where is the best place to buy the Amazfit GTR, we have an easy answer for you. Gearbest. The company is dedicated to “providing an unparalleled selection of the very best gadgets, an unbeatable shopping experience, prompt shipping and exceptional customer service that exceeds expectations.”

GearBest is affirmed as a protected shopping site by McAfee, implying that clients don’t need to stress over malware, malevolent connections, or phishing. For those asking “Is GearBest safe,” this is a decent sign.

Payments are going through PayPal, permitting customers purchasing from GearBest to secure their credit card numbers. With McAfee certification and payment system by means of PayPal, GearBest is a protected site to buy discount gadgets, design clothing, and embellishments.

GearBest also has an amazingly wide delivering reach over the globe—truth be told, the main two nations that GearBest can’t ship to are South Sudan and Palestine. So why bother shopping anywhere else if you can get the best price here? 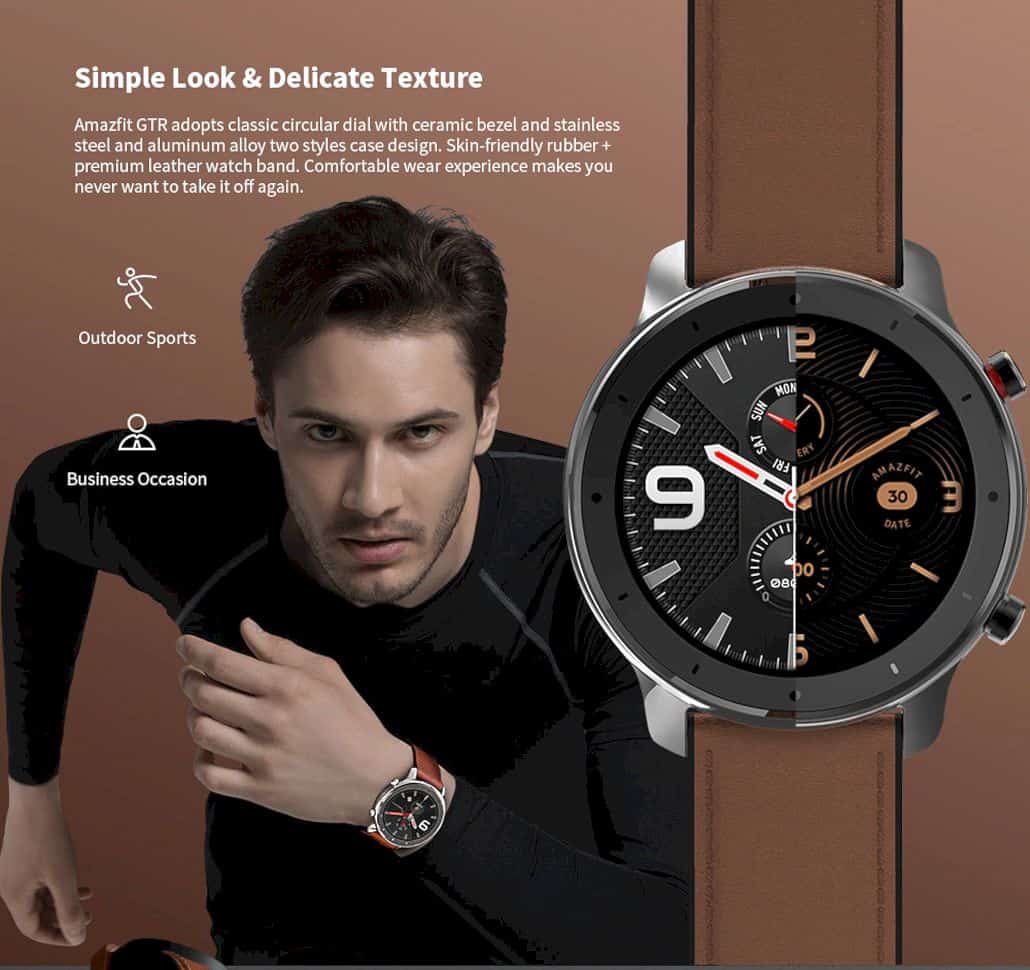 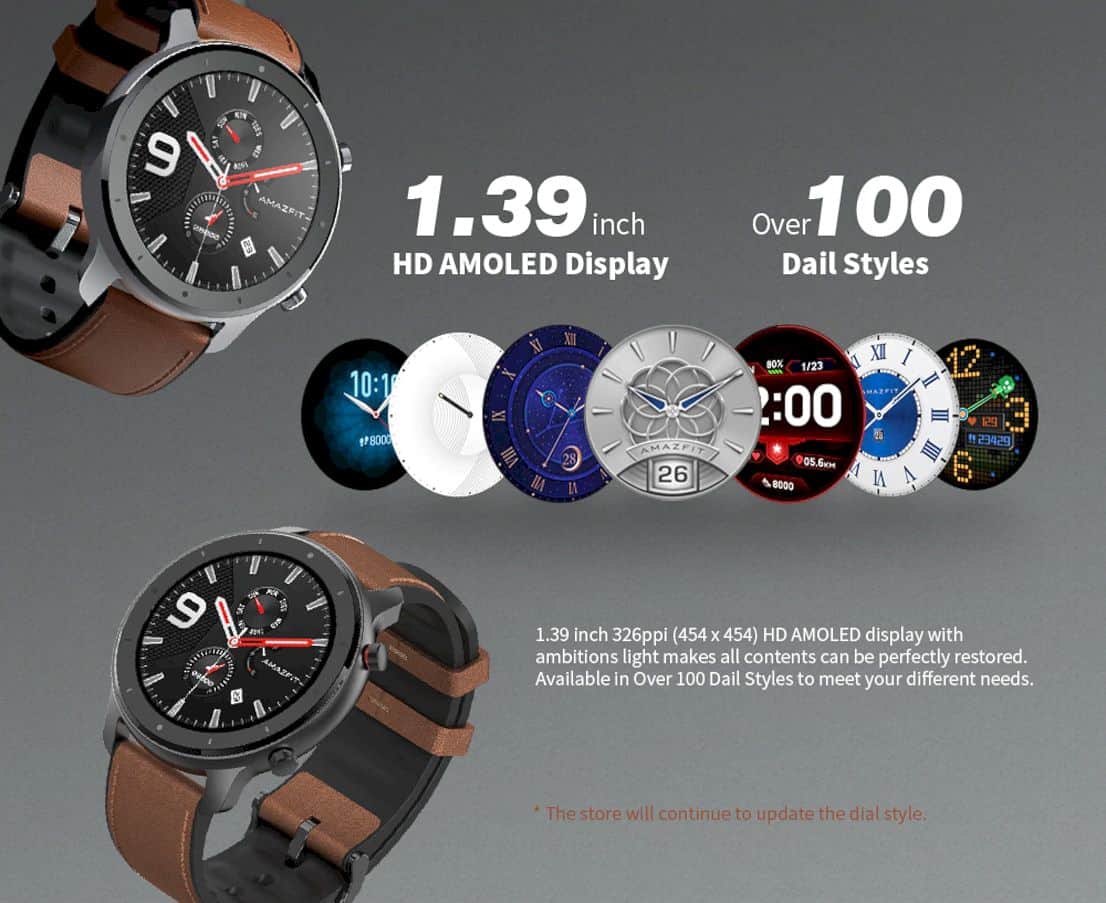 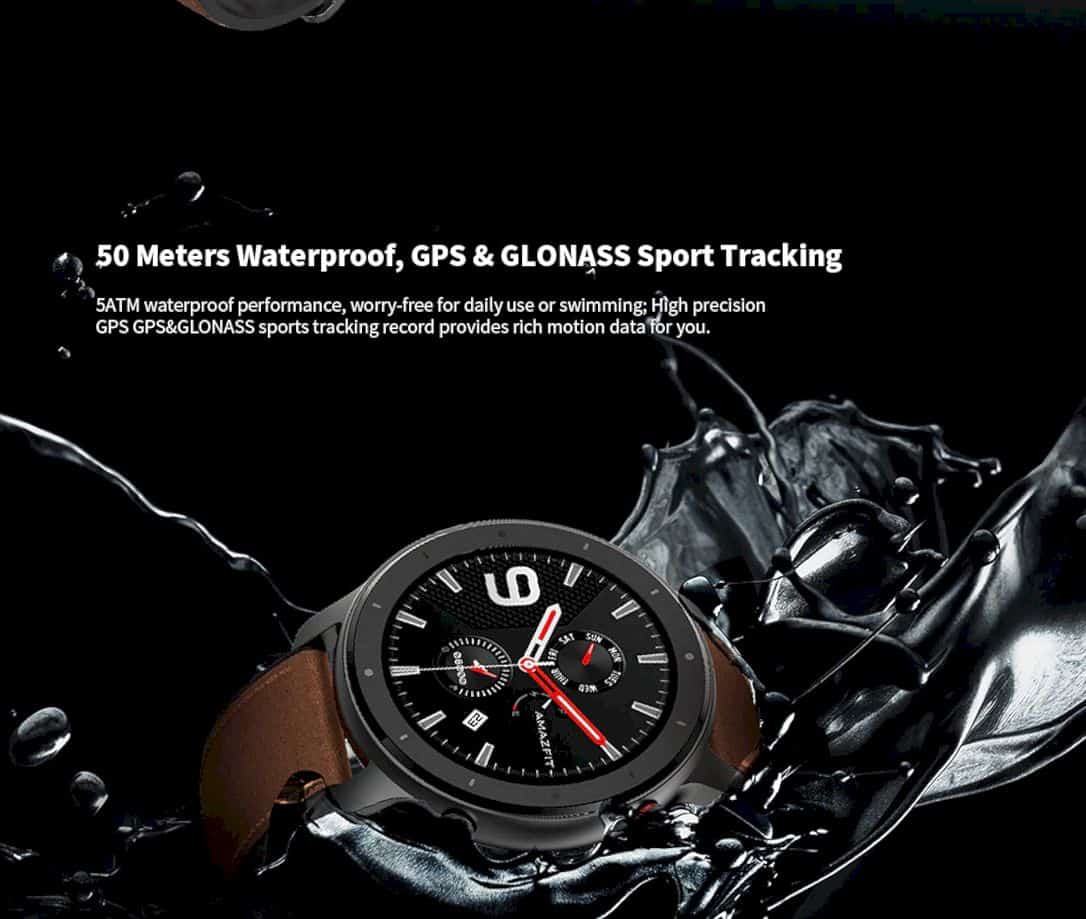 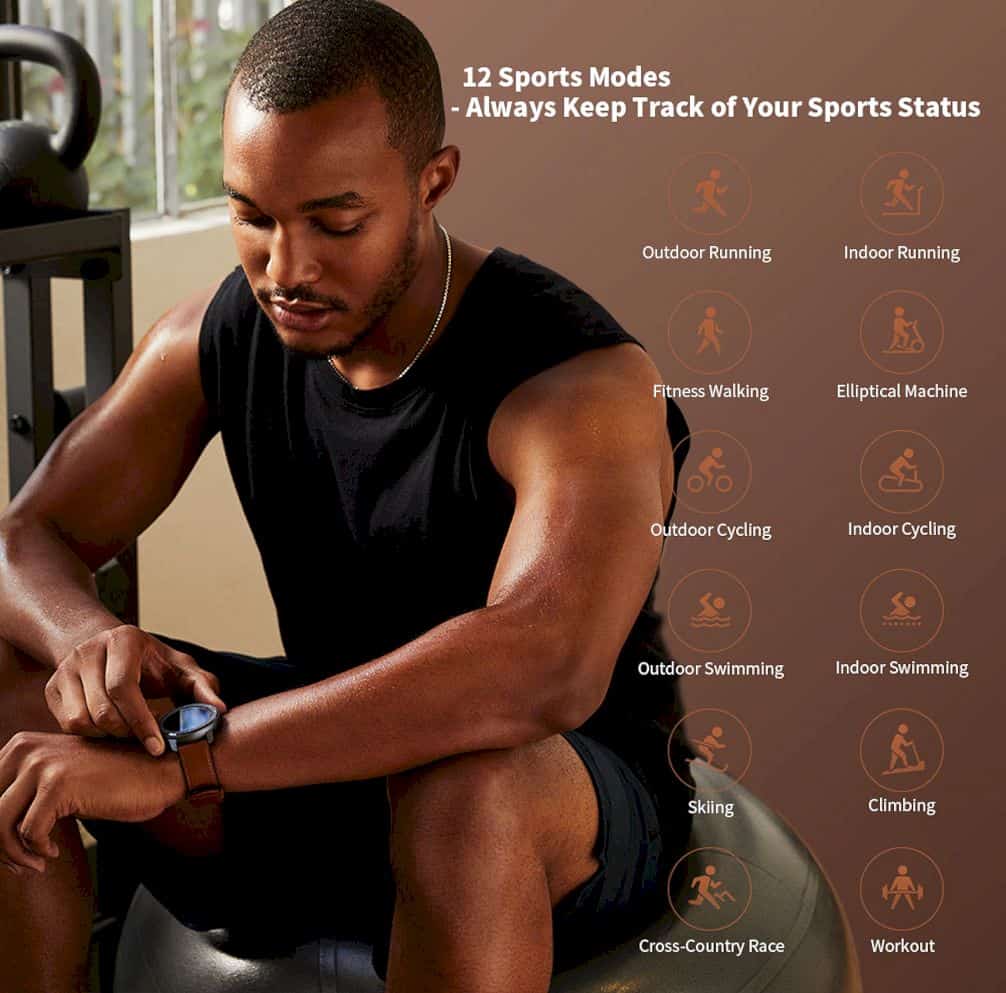 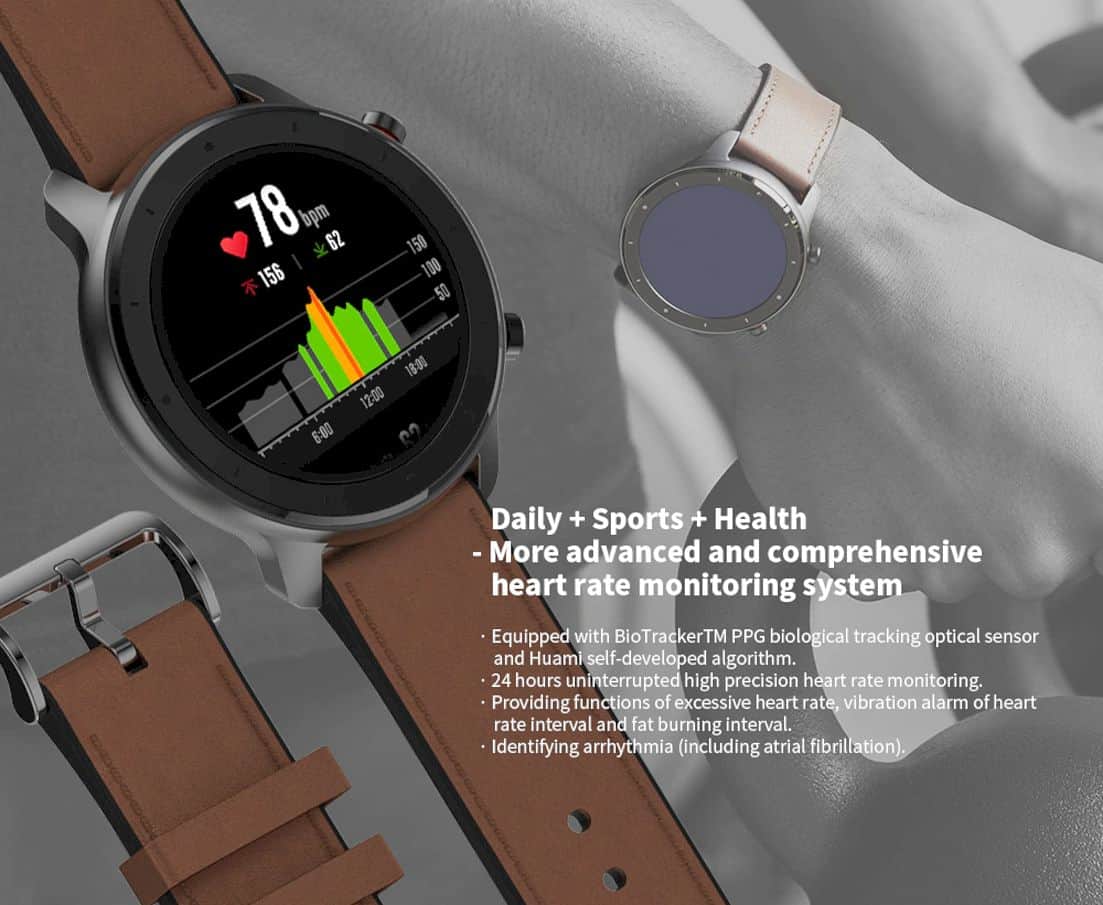